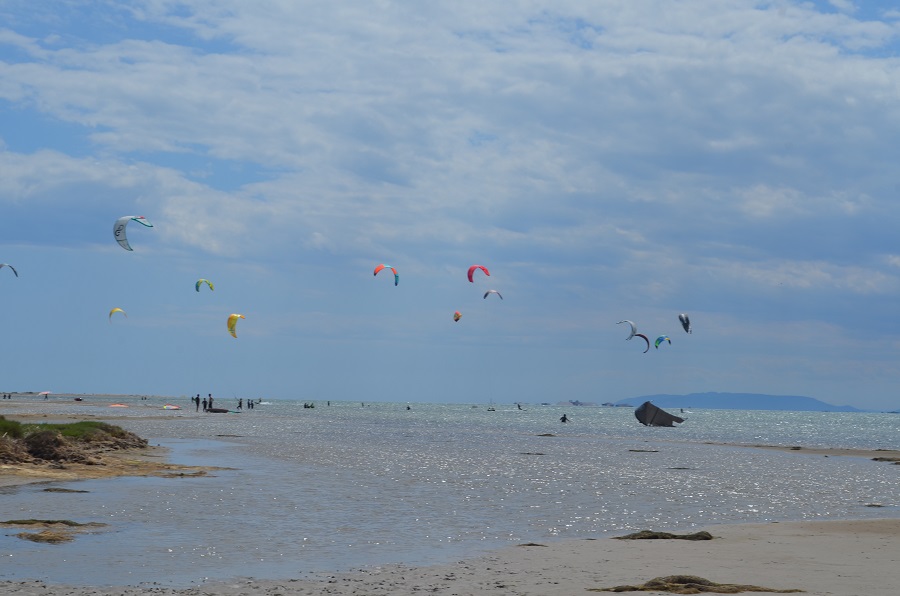 If you're that kind of person who runs away from the crowd, even more so after the coronavirus and is always looking for things to do near Barcelona.

The community of Catalonia has a lot to offer, from beaches to mountains, medieval to modern cities, lakes to rivers, flower planting, fruit on boat trips, from ski resorts to dams. Perfect getaways to come and go during the day or to rent a country house and spend the weekend within the walls of some of these amazing villages.

In this list we have some examples of places to go..

Miravet is a small town with little more than 700 population, located in the Ribera d’Ebre region, in Tarragona.

This beautiful city is located on a bend in the river dominated by a Templar castle of Islamic origin. Miravet is undoubtedly an essential visit on any route through Tarragona.

The city is 2 hours by car from Barcelona. 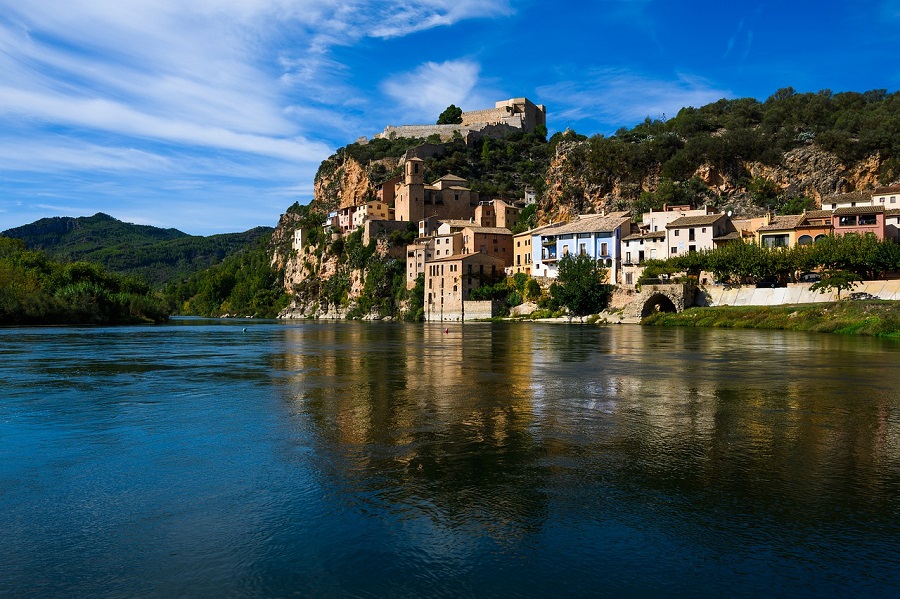 A setting by which we go back to the past or enter a medieval movie or a series like Game Of Thrones. Tavertet is a real madness, so much so that it was declared as a Property of Cultural Interest: the houses that make up the village were built between the 17th and 19th centuries. Suffering from the rural exodus, Tavertet is a wonderful option.

The city is 1 hour and 41 minutes by car from Barcelona.

The best of Mura is all that surrounds her. This city in the province of Barcelona is located in the middle of the Sant Llorenç del Munt i l’Obac Natural Park. Its streets are beautiful and, despite its small size and sparse population, there are great attractions like the Hermitage of Sant Antoni, the Mura caves or the aviary.

The city is 1 hour and 12 minutes by car from Barcelona.

Rupit, Itching and Medieval, since it is rare to read or hear about this city and the medieval term does not accompany the comment, because it had many changes over time. On the outskirts of the province of Barcelona, This small town is made up of sloping streets and stone facades.

The city is 1 hour and 44 minutes by car from Barcelona. 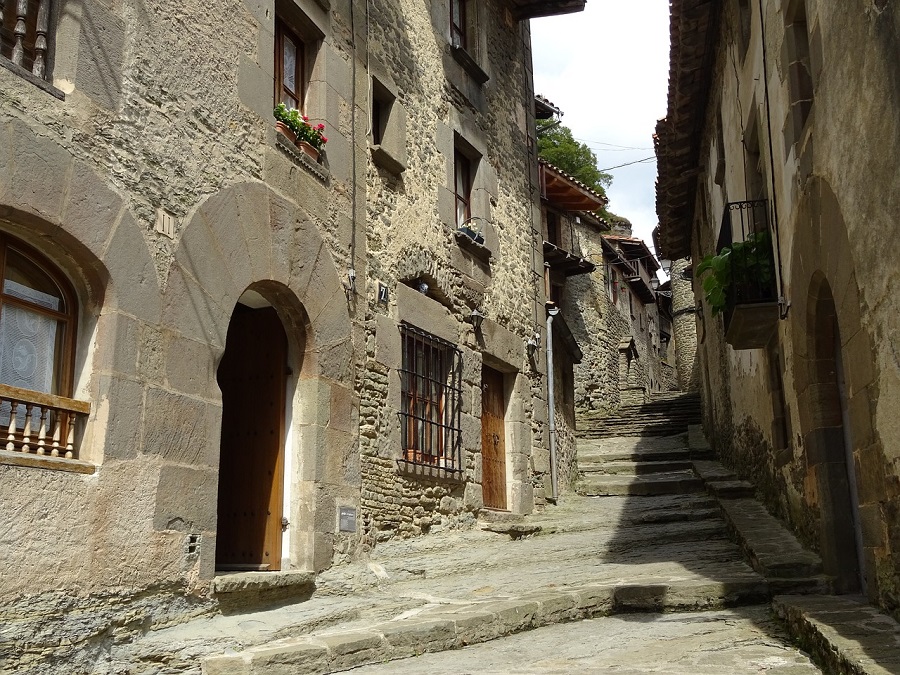 Peratallada, in the lower Ampurdán, is one of the best preserved medieval cities in Spain and Catalonia, it seems that we go back in time.

The city is 1 hour and 39 minutes by car from Barcelona. 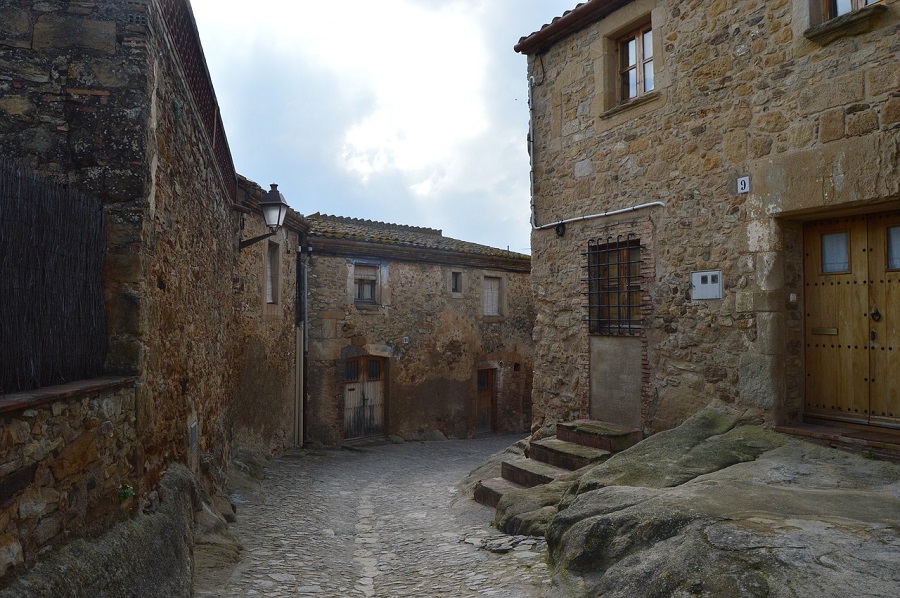 Another example of a medieval city on the Catalan coast. Of great importance for trade during the Middle Ages, Pals is a city whose first records date from the 9th century. Wall, main square, Museum, gazebo … Pals has it all (also good gastronomy) to be the perfect getaway any time of year.

The city is 1 hour and 36 minutes by car from Barcelona.

In the interior of the province of Girona, Aiguaviva is a small town through which the Güell River flows. Its main attraction is the color that the famous red vineyards give to the city: it's a very small place with 600 inhabitants and fully conditioned and photographed by the pigmentation of the wine plantations. Almost like a little corner of La Rioja (another autonomous community in Spain) within our community. We love this kind of landscape., on a trip we took with a motorhome until we slept inside the winery.

The city is 1 hour and 13 minutes by car from Barcelona.

The city that enchants Priscila, one of her favorites. Sitges offers a city with a beautiful historic center, a cathedral facing the sea. Its streets, its beaches and its purely Mediterranean way of life invite you to want to rent an apartment there and go every day by train to Barcelona, what many people do, live there and work in Barcelona, every year we go to the sitges carnival, it's pretty fun.

The city is 47 minutes by car from Barcelona. 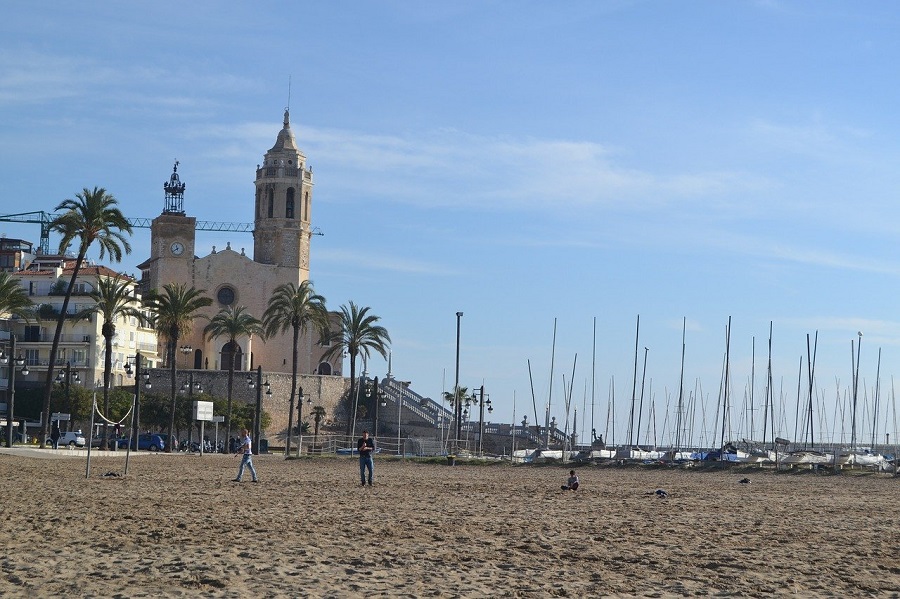 It is the furthest destination from the list, sim, but also one of the most spectacular tours is one of those that, How they say, you should do it once in a lifetime. Located in Tarragona, the Ebro Delta Natural Park, is one of the most curious places in Catalonia. Kilometer beaches, rice fields and the river Ebro dominating it all. Flamingos and many other birds.

The city is 2 hours and 26 minutes by car from Barcelona. 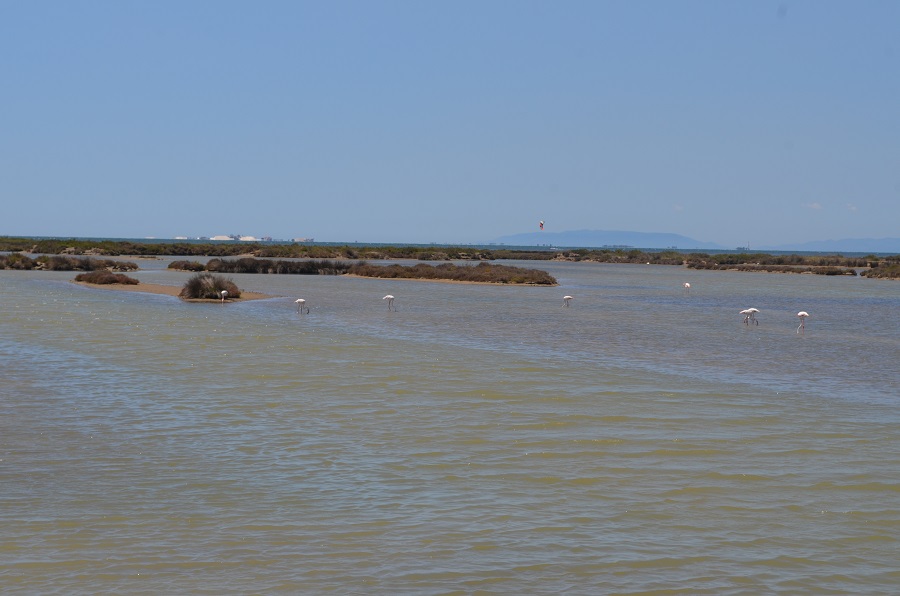 Without leaving the province of Barcelona, Although leaving what is the coast, Granera is a gem of the interior. It is clearly divided into two distinct areas: on the one hand, that of the 10th century castle and, for another, the part of the Mother Church of San Martín.

The city is 1 hour and 12 minutes by car from Barcelona.

He feels like traveling after so many tips? The Blog TurMundial gives you even more tips to ease your travels: Want to book a hotel? Book hotels with great prices by Booking. Want to book an apartment, home, boat or even a tree house and still win 100 real in his first stay? Book all these and many other choices of places with great prices by Airbnb. Want to buy advance tickets for various attractions and tours without those huge queues? Buy Ticketbar Want to rent a car? Undoubtedly indicate the Rentcars.com it seeks the best cars and market values. You need to send or receive money to / from abroad, without paying those absurd charges of bank or exchange houses it Wise You want to avoid problems in the middle of his long-awaited trip? Hire a travel insurance with any of these companies Real Travel Insurance, or insurance Promo You want to avoid those sky-high mobile bills at the end of his international trip? And yet able to do, receive calls and use the internet? Buy an international phone chip with any of these companies: OMeuChip or with the or with the OBS: We emphasize that the responsibility for providing the services / sale and delivery of products, suppliers are described above.
CategoryWhat to do in Spain?