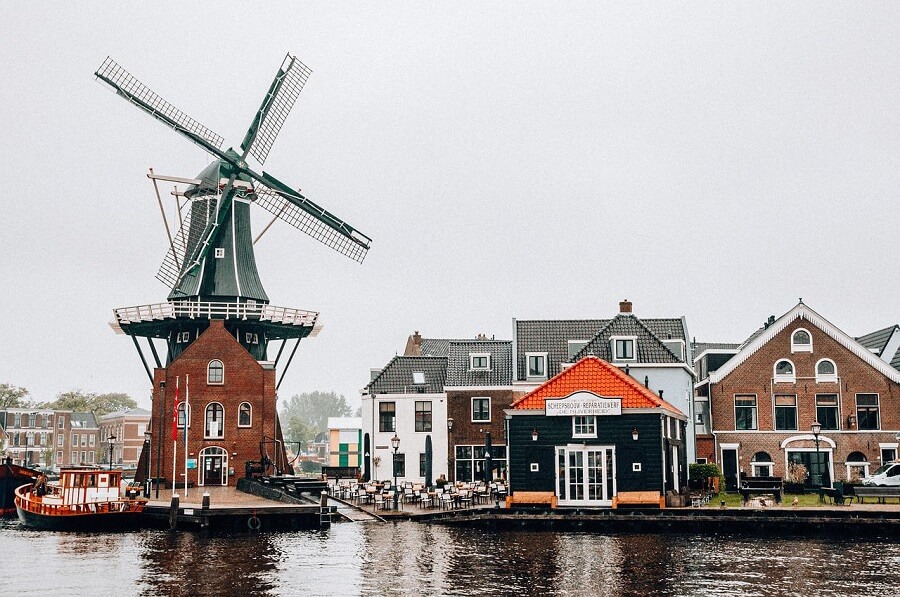 Small towns are often overlooked as travel destinations., but can offer a unique and memorable experience.

Smaller cities generally have a more relaxed atmosphere than larger cities.. You can take your time exploring without feeling pressured or rushed.. E, surprisingly, there are often more things to do in small towns than people realize. Besides that, experiences in small towns tend to be more authentic.

Smaller cities typically have lower living costs, which means your money will go further. You can enjoy everything the city has to offer., without worrying about the budget.

In this article, Here are five small towns worth visiting on your next visit to the Netherlands.

Bergen op Zoom is a charming and historic city located in the Netherlands. The city is known for its beautiful canals and architecture., as well as its lively square. Visitors to Bergen op Zoom can enjoy many activities, including purchases, meals and visits and city museums and galleries.

Nightlife in Bergen op Zoom is active, and has many bars, nightclubs and a casino. If you are inexperienced in the world of gambling and opt for the casino, read about it on specialized sites, like casinorei.pt, before betting. Learn the rules of casino games before playing. It's important to gamble responsibly, because one night of thoughtlessness can blow your vacation budget.

Whether you are looking for a relaxing holiday or an action-packed holiday, Bergen op Zoom is a destination to consider.

Giethoorn is a tourist destination due to its picturesque villages, straw and canal agricultural houses. In 2018, 1.5 millions of tourists visited this village.

The name “Giethoorn” derives from the old Dutch words “goat” e “horn” what do they mean “goat horn“. This name is due to the fact that the first settlers found many goat horns in the marshy lands.. The first inhabitants of Giethoorn were peasants who lived off the land.. They cultivated the land and raised animals such as cows., pigs and sheep. The soil was too wet for plowing, that's why they dug ditches that ended up turning into canals. These canals were used to transport goods and people from one village to another..

Kinderdijk is a village in Holland, about 20 km from Rotterdam, best known for its windmills. Mills are used to pump water out of the polders (low altitude terrain) in Alblasserwaard, and have been doing so since the Middle Ages. Kinderdijk is one of the best preserved groups of windmills in the world, having been designated as a UNESCO World Heritage Site.

Ao visitar Kinderdijk, you can take a boat trip to the windmills area or explore the area on foot or by bike. There are also several museums and other attractions in the village., making it a great place to spend a day or two.

If interested in Dutch history and culture, or simply want to see some of the most iconic symbols of the Netherlands, Kinderdijk is a place of choice.

Neeltje Jans is a Dutch island located in the province of Zeeland. It is well known for its windmills., beaches and dikes. The island was originally created due to the flooding of St.. Elizabeth, in 1421. in modern times, serves as a popular tourist destination, especially for tourists with an interest in Dutch history or engineering.

One of the most visited attractions in Neeltje Jans is the Windmill Museum, which contains several historic mills that were used to pump water from the island. You can also visit the Pavilhão da Praia, offering breathtaking views of the North Sea or the Delta Works Visitor Center, which shares with its visitors a vision of the massive engineering project that built the dykes that protect the Netherlands from flooding.

If you are looking for a unique and interesting place to visit in the Netherlands, don't leave Neeltje Jans off your list!

Texel is an island located in the North Sea, off the coast of the Netherlands – about 100km north of Amsterdam. It is a popular tourist destination for its beaches., nature reserves and privileged places for birdwatching. The island also has a number of historic landmarks and museums..

Here are some of the most popular attractions on Texel:

These are just some of the many reasons why people visit Texel every year.. If you are looking for a place to relax and enjoy nature, Texel is the perfect destination.

He feels like traveling after so many tips? The Blog TurMundial gives you even more tips to ease your travels: Want to book a hotel? Book hotels with great prices by Booking. Want to book an apartment, home, boat or even a tree house and still win 100 real in his first stay? Book all these and many other choices of places with great prices by Airbnb. Want to buy advance tickets for various attractions and tours without those huge queues? Buy Ticketbar Want to rent a car? Undoubtedly indicate the Rentcars.com it seeks the best cars and market values. You need to send or receive money to / from abroad, without paying those absurd charges of bank or exchange houses it Wise You want to avoid problems in the middle of his long-awaited trip? Hire a travel insurance with any of these companies Real Travel Insurance, or insurance Promo You want to avoid those sky-high mobile bills at the end of his international trip? And yet able to do, receive calls and use the internet? Buy an international phone chip with any of these companies: OMeuChip or with the or with the OBS: We emphasize that the responsibility for providing the services / sale and delivery of products, suppliers are described above.
CategoryWhat to do in the Netherlands or Netherlands?