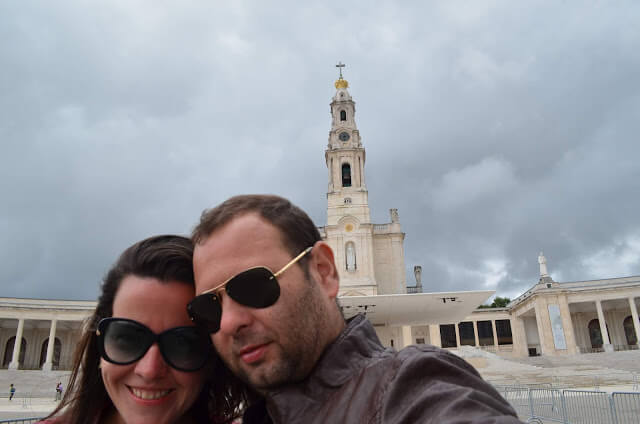 The city of Fatima, with its immense sanctuary

O Sanctuary of Fatima, in the city of Fatima in Portugal, It is a place with a very good energy, a place of peace, a lot of wit and faith.

We passed in front of Aparecida several times, when we were still living in Brazil, but unfortunately we never stop, but we should have gone too, especially after we went to Fatima, We think of a day as well know the Shrine of Aparecida.

The opportunity to visit the Sanctuary of Fatima, It appeared on a trip we made to rental car, Northern Portugal in Porto, to the south of the country Algarve, before traveling there, we planned the cities we would like to visit in Portugal, hence came the idea we travel to Fatima. 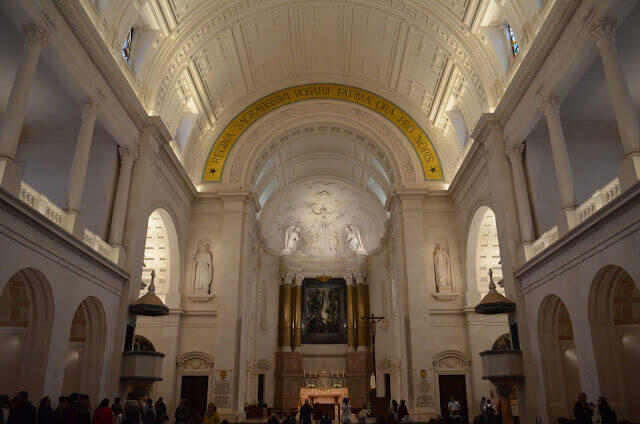 Our plan was to spend an afternoon there and visit the Sanctuary, that day we left early in the Port, we pass first in Coimbra to discover the oldest city and university in Portugal, and the next destination was Fatima. 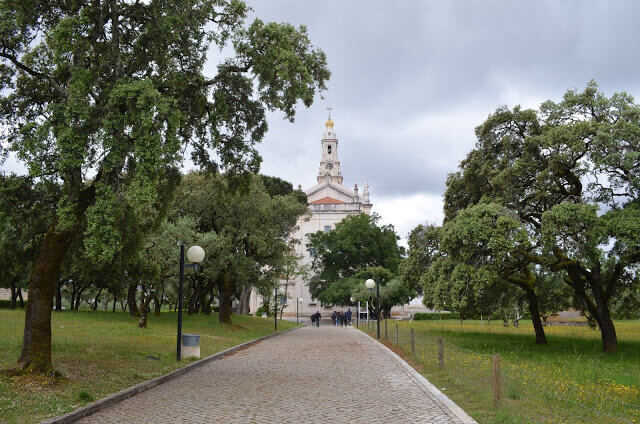 We got there in the late morning early afternoon of Monday, it was great to go on a Monday as, the Fatima sanctuary was empty, with very few pilgrims, even we managed to stop the free parking site, that over the weekend and religious parties should be very difficult to find job. 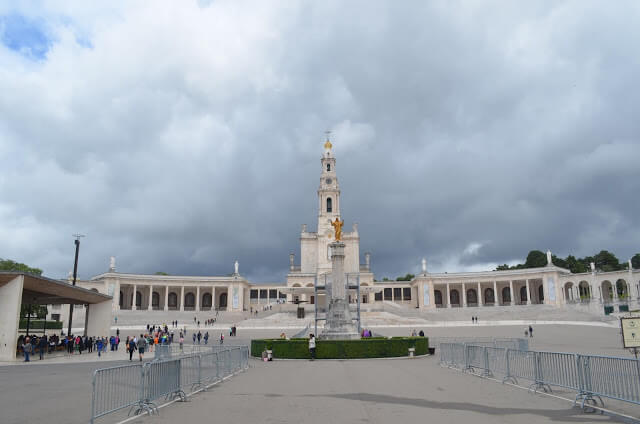 O Sanctuary of Fatima It has three main buildings, the old church, the new and a little chapel (the apparitions) which is next to a tree holm, holm oak tree where she appeared is no longer there, in her place has a pedestal with the image of Our Lady in the Chapel of the Apparitions, among them has a huge terrace, which happens several open-air masses. 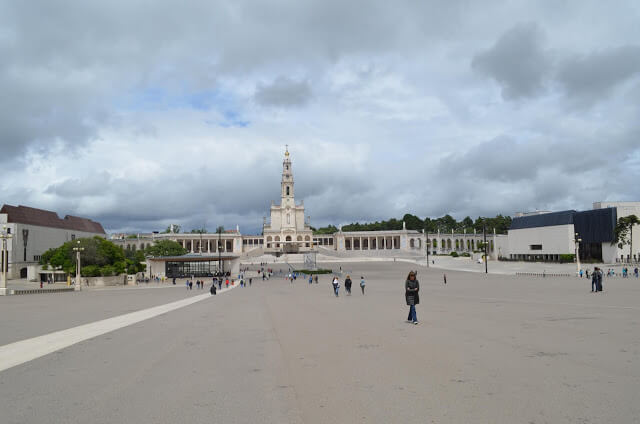 This terrace is a path that connects the new church chapel, where people make promises and pay going to his knees between the two places, It is a good walk to go to his knees, I turn to some 200 meters. 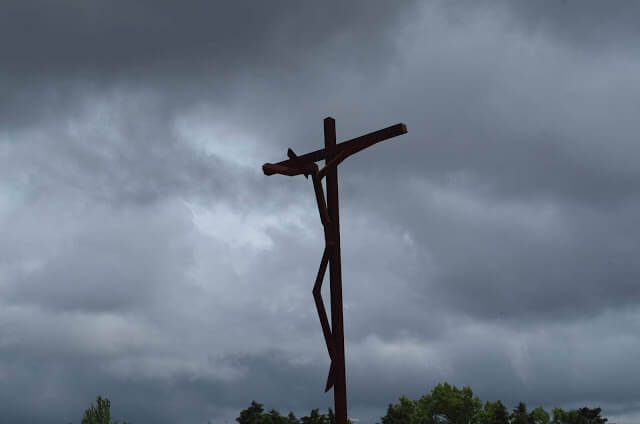 We know all locations, and light a candle, you can buy it there, they are cheap, where it lights the candles is extremely hot, even though the open, due to fire all the thousands of candles, It's very beautiful. 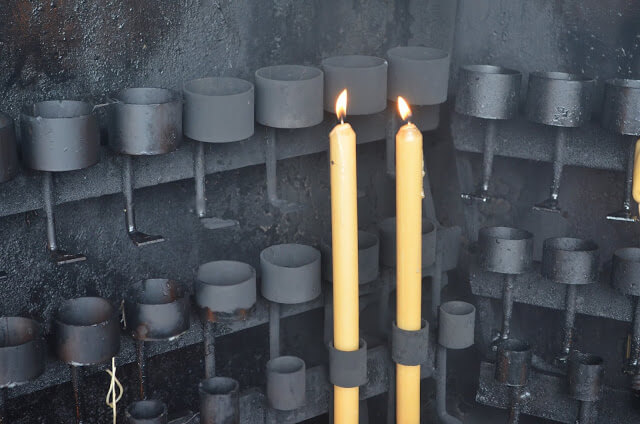 We were there a 2 hours, He has to know well the sanctuary, if you want to stay in the city of Fatima you have to plan well in advance for, the town is small and the hotels should quickly fill, especially in religious dates. 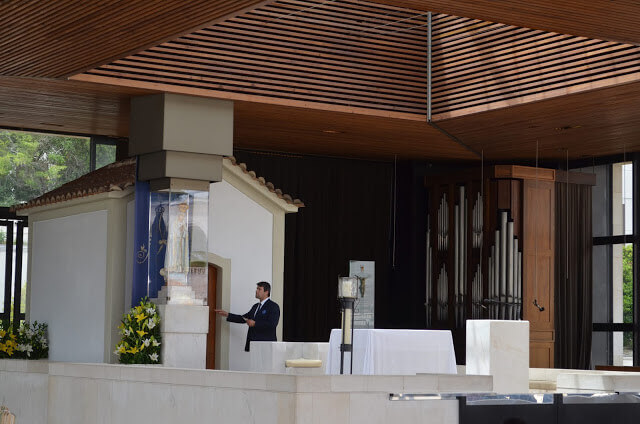 Next to the sanctuary has several shops of religious souvenirs, Pri bought a medal for her and has all rates, from cockroaches and even the most expensive gold and silver.

If you are by car or on a bus tour of Portugal, You should go there, even if it is not very religious because, the energy that has the Sanctuary is very strong and good. 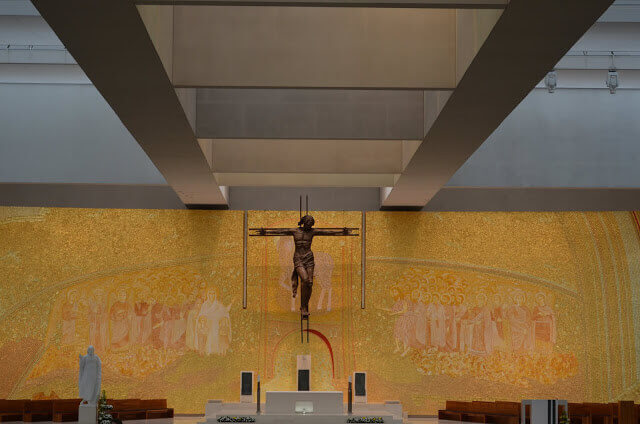 After this wonderful experience of meeting Fatima, it was time to return to the road and know the next town on our itinerary, that was to know the imposing Battle Batalha Monastery, and then the way to Lisbon, which was our final stop that day.

He feels like traveling after so many tips? The Blog TurMundial gives you even more tips to ease your travels: Want to book a hotel? Book hotels with great prices by Booking. Want to book an apartment, home, boat or even a tree house and still win 100 real in his first stay? Book all these and many other choices of places with great prices by Airbnb. Want to buy advance tickets for various attractions and tours without those huge queues? Buy Ticketbar Want to rent a car? Undoubtedly indicate the Rentcars.com it seeks the best cars and market values. You need to send or receive money to / from abroad, without paying those absurd charges of bank or exchange houses it Wise You want to avoid problems in the middle of his long-awaited trip? Hire a travel insurance with any of these companies Real Travel Insurance, or insurance Promo You want to avoid those sky-high mobile bills at the end of his international trip? And yet able to do, receive calls and use the internet? Buy an international phone chip with any of these companies: OMeuChip or with the or with the OBS: We emphasize that the responsibility for providing the services / sale and delivery of products, suppliers are described above.
CategoryEurope Things to Do in Portugal?
Tagsdestination RBBV Europe Fatima Faith Paz Portugal Northern roadmap south of Portugal Sanctuary of Fatima Cheers

Aínsa is a “pueblo” Spanish province of Huesca

The giant waves of Nazareth