Abu Dhabi ou Abu Dabi, It is the capital of the United Arab Emirates, but the best known and most visited city is Dubai.

Abu Dhabi, It is one of 7 emirates that make up the country, It is the greatest of all, the capital is on the banks of the Persian Gulf, with a sea of ​​plenty of clear water. 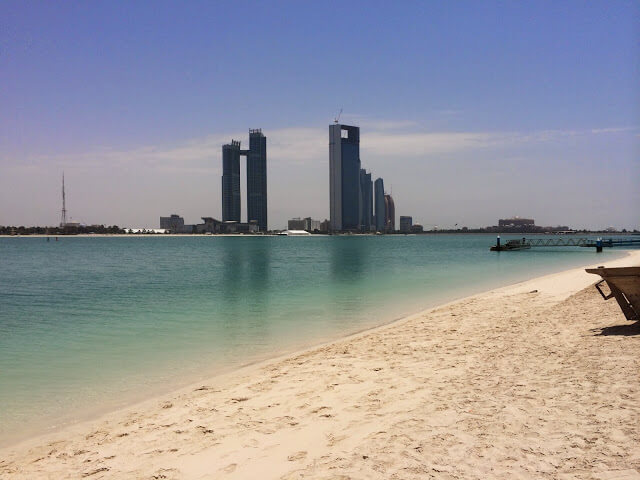 The place is cool to know, but not a must, if you have enough time to visit Dubai, but if you have a few days, stay in Dubai, we went because we 6 days Dubai. 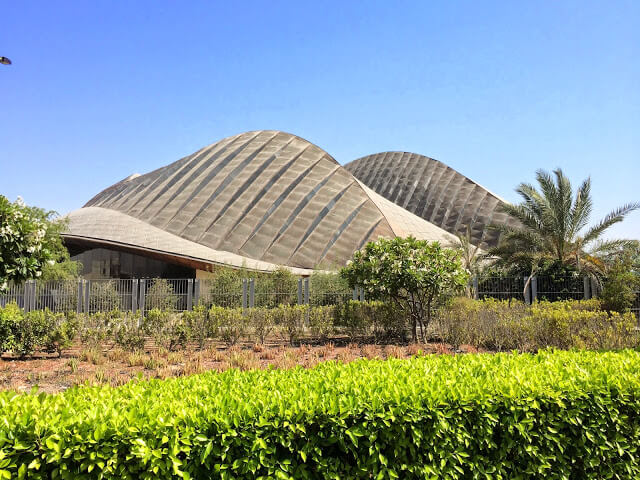 We went there with a tour company Arabian Adventures, we had also used to make the tour and safari Dubai Desert, Desert Ride the company was great and super recommend, but for the tour to Abu Dhabi UAE capital, the service was pretty bad.

First we waited a very long time, almost 1h, all the tour people reach a meeting point, they picked us up at the hotel and took him to a place where you would exchange for a large bus. 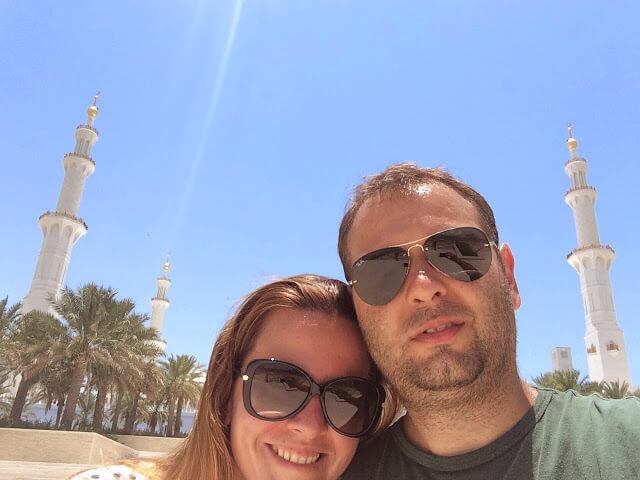 The guide was a very old lady, what appeared to be super friendly, but did not leave very clear the tour information, and it was not very helpful.

The main point of the tour was that the visit of the Sheikh Zayed Mosque, He gave a big mess, us by past terms by some mosques in Istanbul, we knew that women had to enter mosques with pants, blouse and headscarf, then we take all this in the backpack that always take on trips, but the guide and the agency did not warn that this mosque the women You have to enter the whole body covered, this means that the blouse took no avail, It had to be a long sleeve shirt or jacket. Men have to wear trousers, but can use short-sleeved blouses. 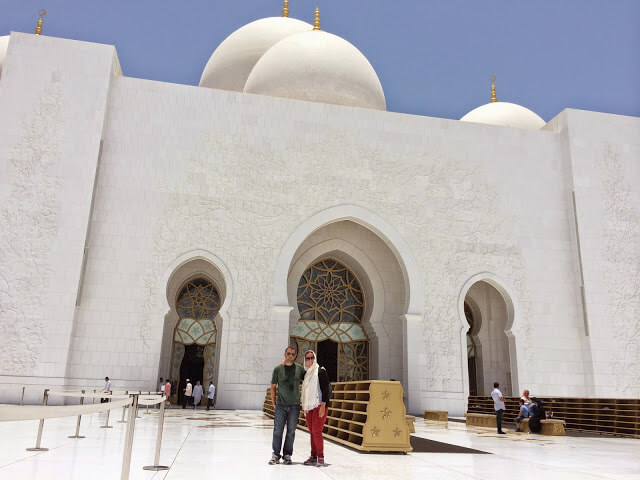 With it coming on site to guide and site security guards barred the entry of Pri and two others (two Spanish), there you think was the worst, it was not. They had no reservations clothes on the bus, for events of this type and the mosque had no clothes to rent or distribute, what normally happens in Istanbul. 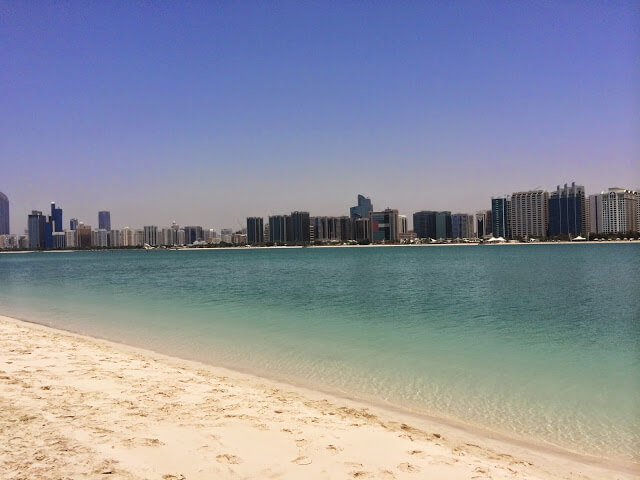 Then the Pri could not even get off the bus and got there and I got to go to the mosque and thought, I will do good and quick ride back to try to find a way of doing the tour Pri. I was super fast took pictures and made a video, I separated from the group to quickly return to the bus, back to the bus, who left in the parking lot, the bus was not there, where would this bus? I sought, I searched and nothing, I went back to the mosque and found the group more, Where are the people?I returned again to the parking lot and nothing buses, but this time I found other people who were on tour, We talked a bit, because I do not speak almost no English, I asked a security if you only had one out and they told me yes. Only a break, the two mobile phones and money were with me, because Pri had left in my pocket, she had nothing, or passport. I thought and now?? We lost in Adu Dabhi, back to Brazil scheduled for the next day and the early morning, what to do? I returned again to the mosque, Another detail is that this mosque is the second largest in the world, imagine how not walked, but then things started to improve, I found the two Spanish who had been on the bus next to the Pri, I talked with them because then understand and speak well, they told me they had achieved borrowed clothes with others in the tour and Pri well and that she was with the guide across the mosque also had a car and was where the bus was, I ran back and got to meet her, after all this running and heat over 40 degrees were like a shrimp lol look this foto.E Pri said he ran like crazy behind me also, because she thought that I had lost, gives to realize lol. 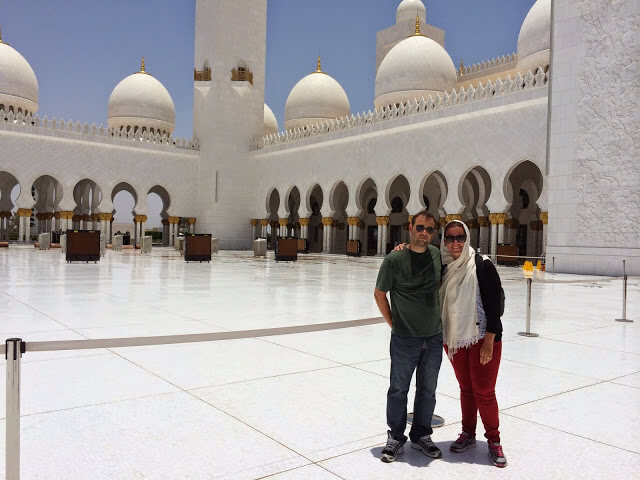 How to get The two main ways to get there are: airplane, or bus as we were in Dubai were buses there, the path is 1:30 am, and crosses parts of deserts, the road is great. 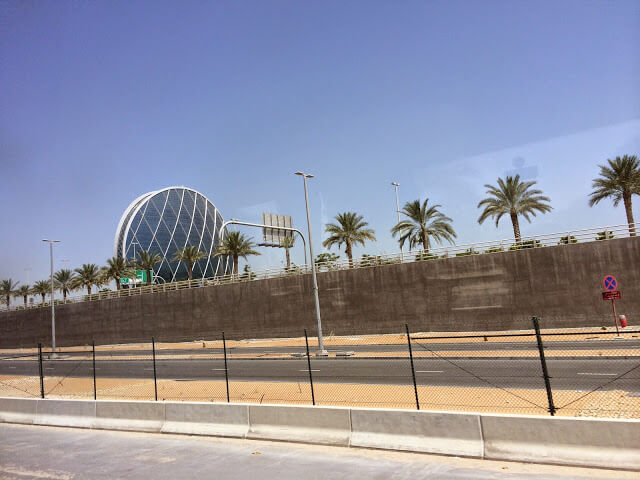 Ferrari World Abu Dhabi, is the Ferrari theme park, as we had only one day, We can not go, but they say it's pretty cool and has the fastest rollercoaster in the world (buy the tickets to go to the park here);

Hotel Emirates Palace, It is one of 5 most luxurious hotels in the world, he has 1,3 km of private beach extension, but we can not also go; 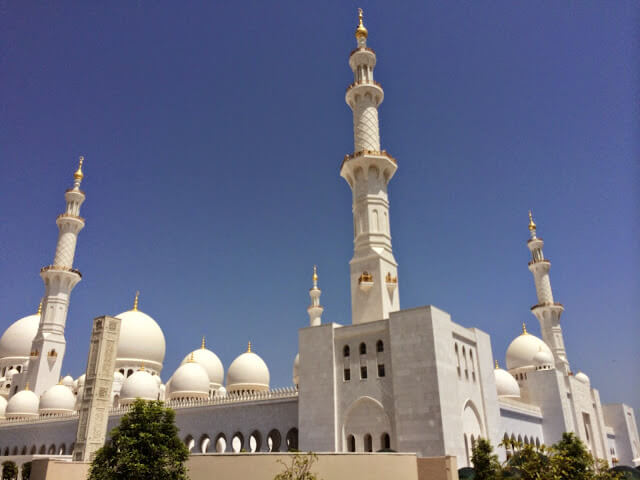 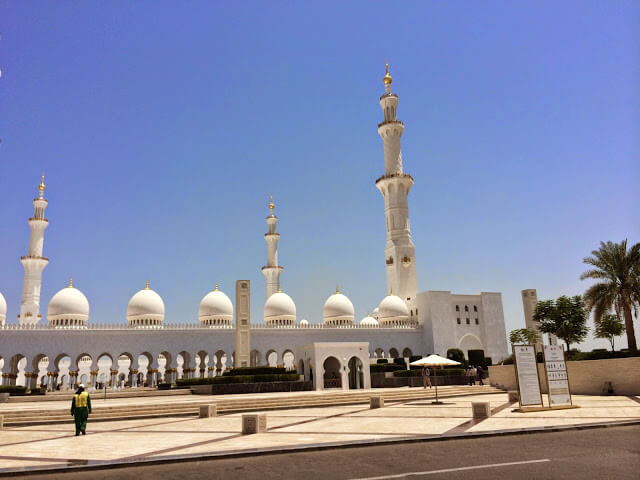 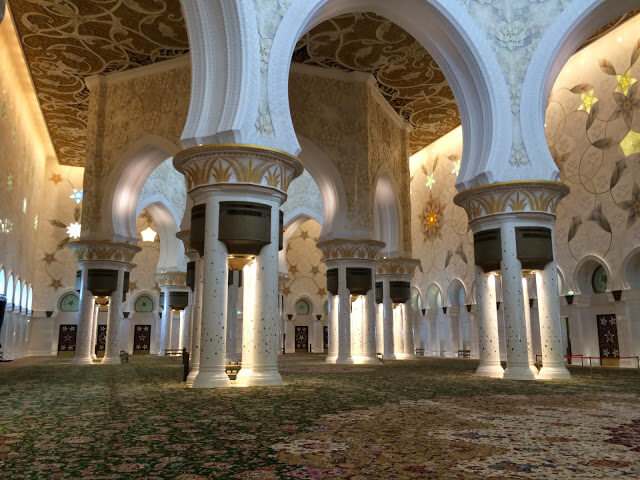 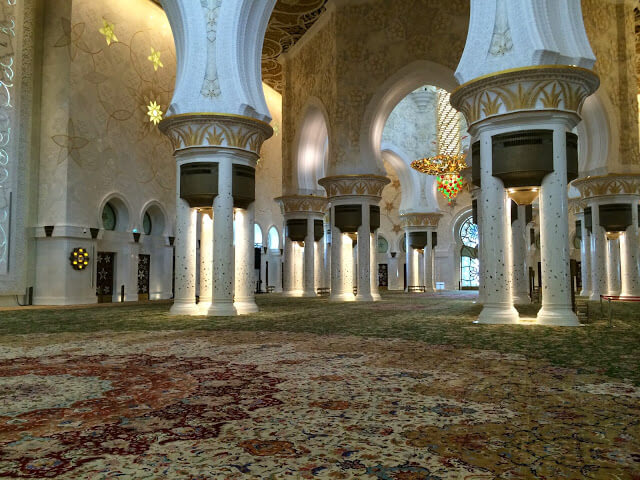 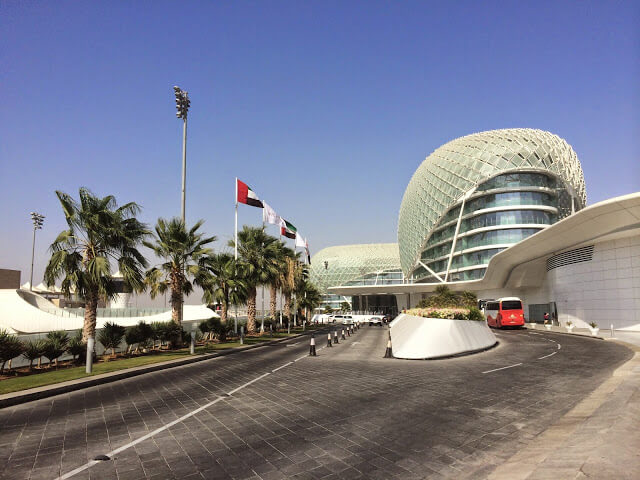 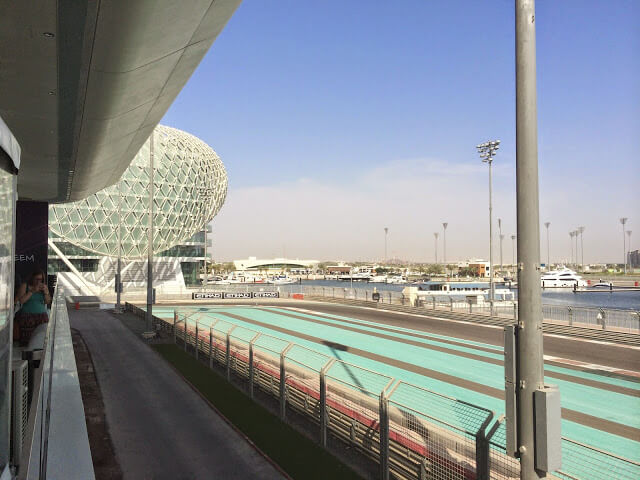 Heritage, It is an open air museum that shows how were the homes of people in ancient times, very interesting; 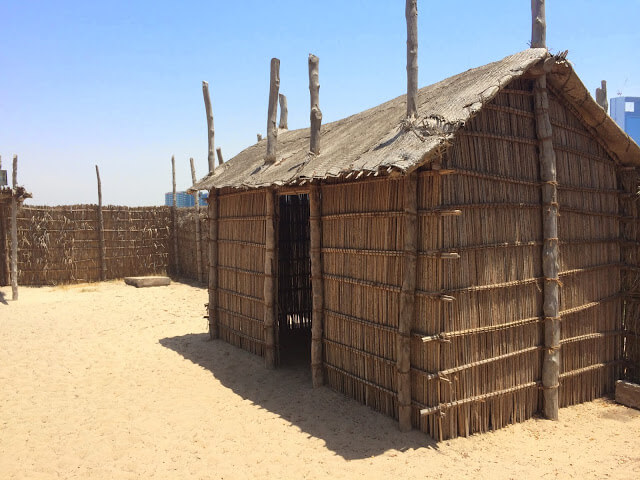 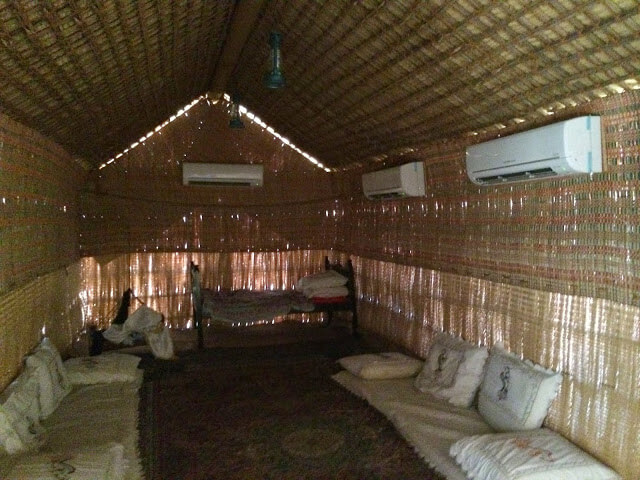 29 Days in the Road Map for Southeast Asia