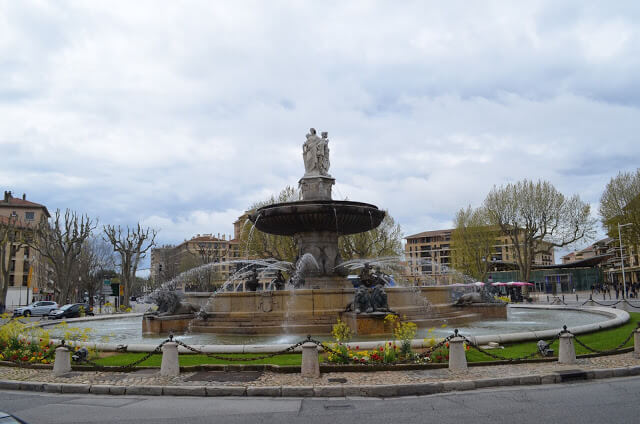 Aix en Provence, the city of fountains and flowers

May 24, 2017 0 By Christian Gutierrez and Priscilla Gutierrez

Aix-en-Provence is a city with many things to know and do, she has many beautiful fountains and is a city very florida.

We were there on a tour of Côte D'Azur, We did as first base of the city Marseille, , is about 40 km from Aix, very close giving the possibility to make an bounces back.

We were in the city of Aix-en-Provence during a 5 hours, was a time ok, since the city is very small, but of course would to stay there longer, because more time would give to know other places that just not going, for they were too far away from the city center.

We arrived in the city by car, in that trip did everything with rental car, getting there look for parking near the center of town, which is the most beautiful part of the city, the parking was easy to find, good than in many European cities the parking lots are well flagged by city, to get them in many cases to have the number of places available, but generally they are not as cheap, out about 2 euros or more per hour. 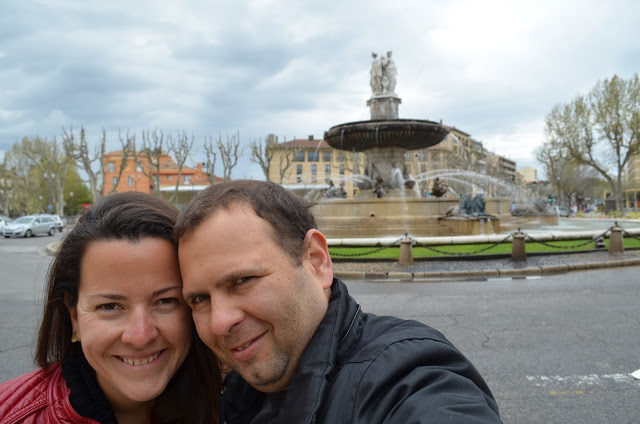 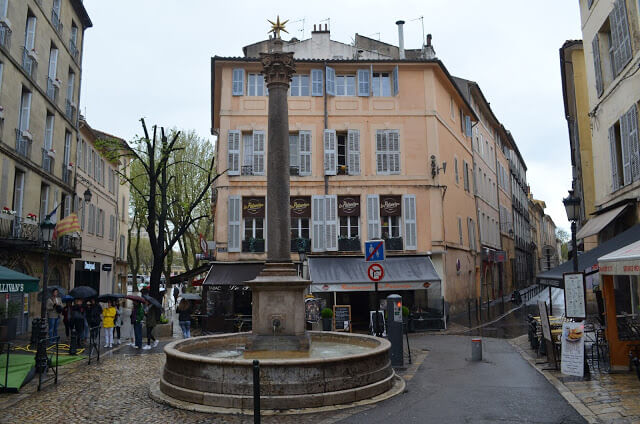 Which Aix-en-Pronvence attractions and what to do in town?

At the entrance of the old town, It is a very beautiful fountain and all florida, a Font Roundabout or Fontaine de la Rotonde, shame that on that day it was raining and the sky was dark, which left the pictures not as beautiful as the place is really. 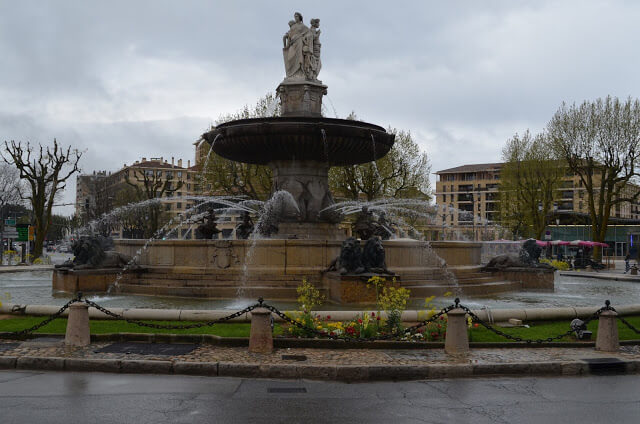 In the first downtown streets have IFrom greja Holy Spirit, an old stone church, with some very beautiful mosaics. 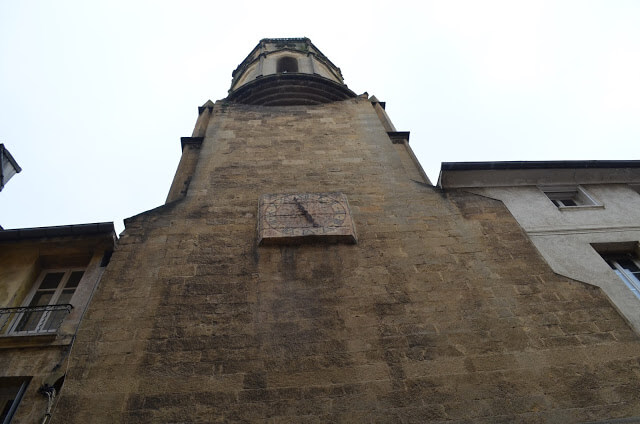 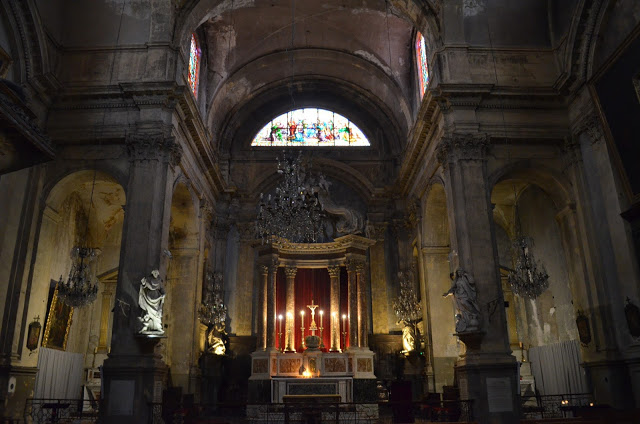 Square D'Albertas, a square with a beautiful fountains, as I said before, the city has many sources, which leaves the beautiful city well. 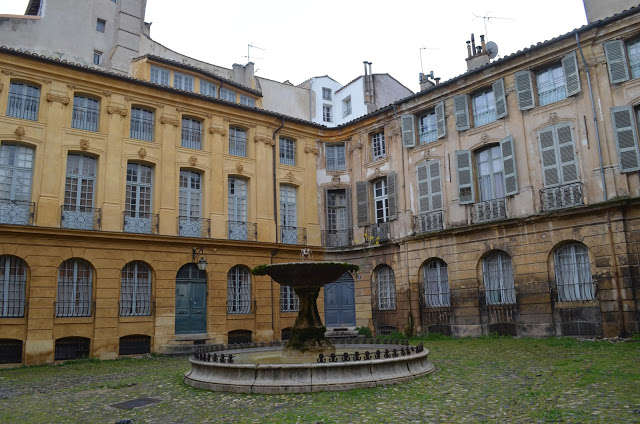 That day was a Sunday, I was having a street fair in Aix-en-Provence with a very delicious food, we experience a sweet spreads, dulce de leche and chocolate, We never ate as tasty pate, besides cheeses, also I had the famous raclette, but as it was too early we did not buy, and when we returned in the afternoon the fair had already closed, and we had to eat in a simple place and a food not as good as it had at the fair. 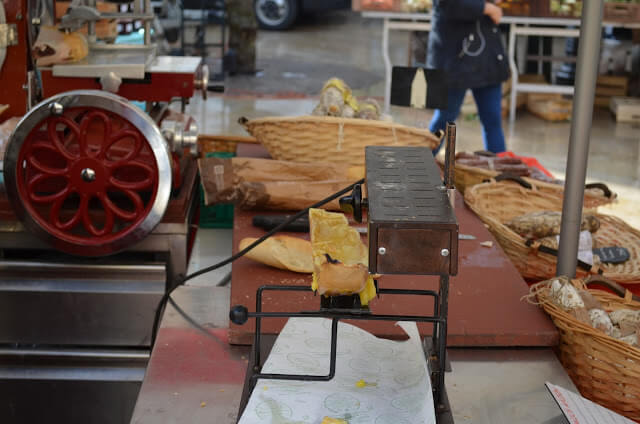 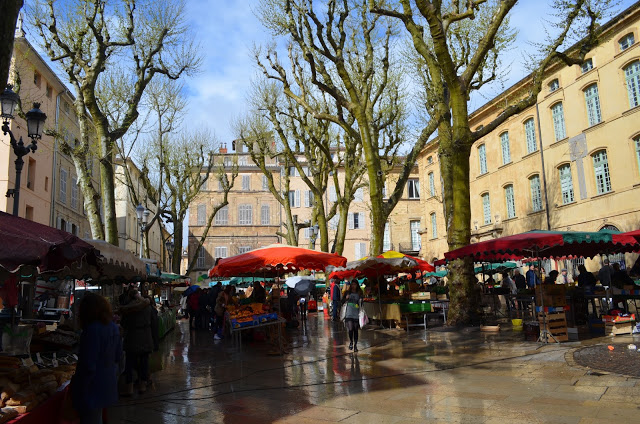 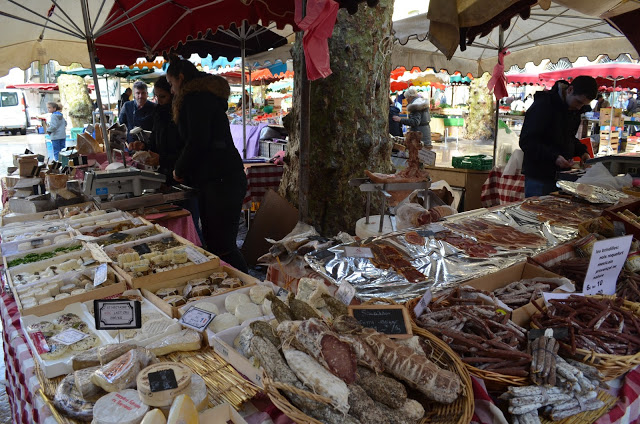 The building Mayor of Aix-en-Provence one of the main postcards of the city, this place has an old clock tower, a square, the place is very beautiful with plenty of strolling tourists. 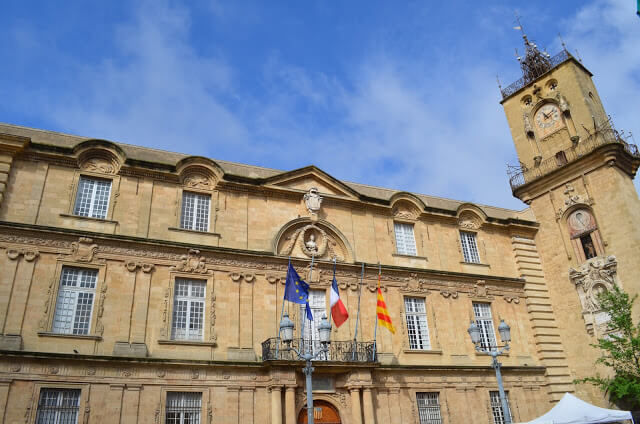 Another famous and important place of the city is Parish of Saint Sauveur Cathedral Catedral Aix-en-Provence, pity that was under construction and did not give to see its beauty on the outside and inside we arrived just in time of the Mass and gave only to take a look. 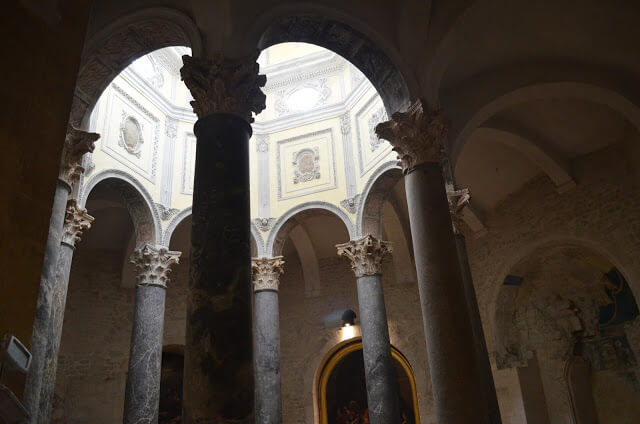 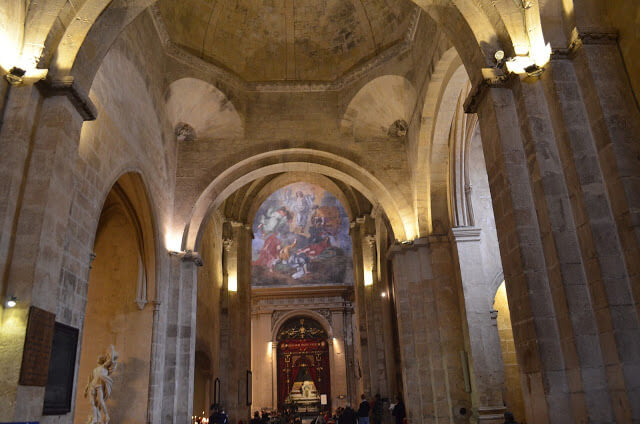 A lot of traditional stuff food in town are the sweet calison, have in many shops is a delight, be sure to eat at least one piece, it reminds a little nougat.

O Theater of Archevéché, only we know out.

Avenida Cours Mirabeau, main avenue of the city center with restaurants and bars. 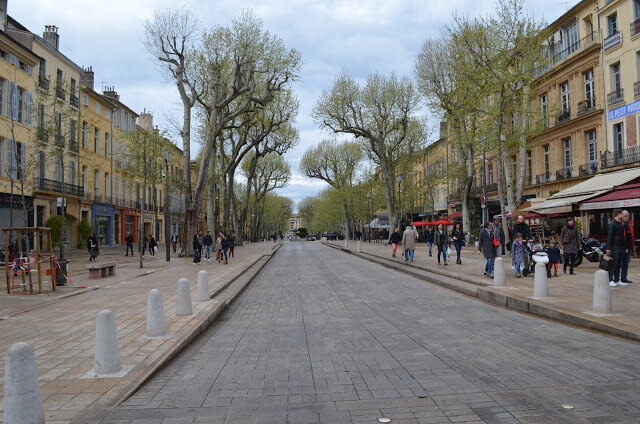 A Capela Oblate which is at the end of the avenue, It is pretty nice. 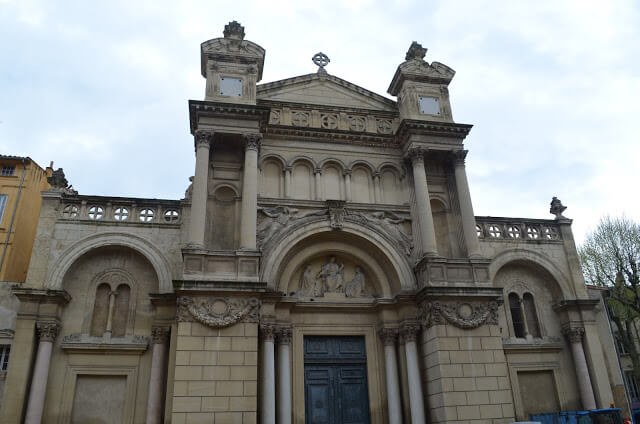 St. John of Malta Paroisse Saint-Jean-de-Malte It is another church of Aix-en-Provence, but it is not as pretty as the other, It is an optional tour. 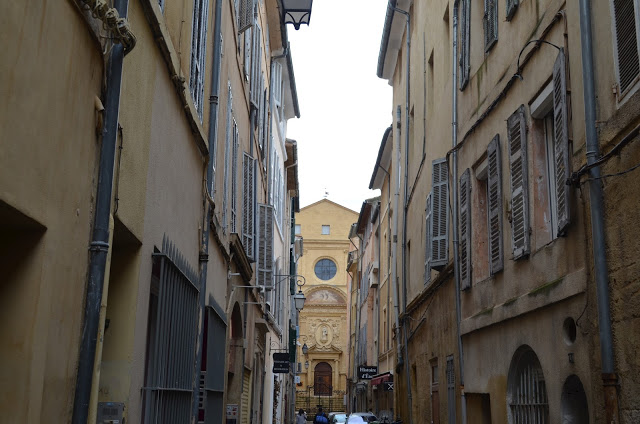 The various sources throughout the city, Aix-en-Provence and many flowers and beautiful places, It has various sources one more beautiful than the other, must be over 15 sources. In Cours Mirabeau Avenue which is a very nice avenue to meet, it has several bars and restaurants, They only have a 3 sources.

Stroll through the old town streets, each street has interesting houses and cutesy, always with lots of flowers in the windows, and medieval European city. 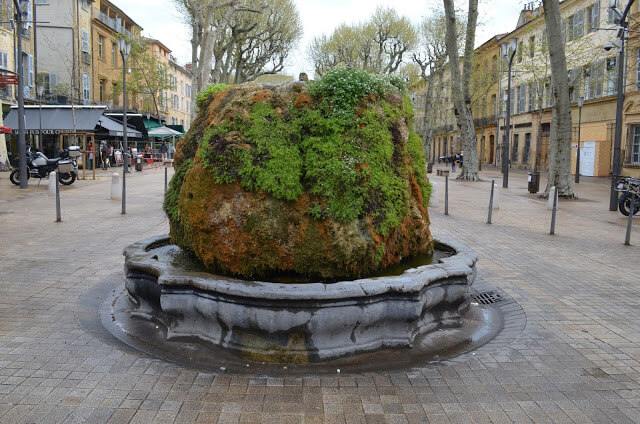 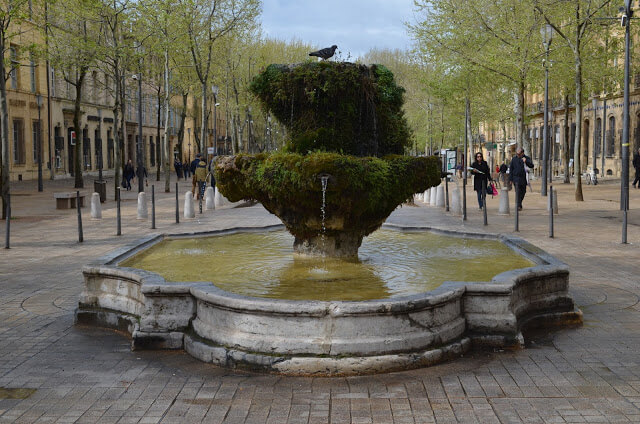 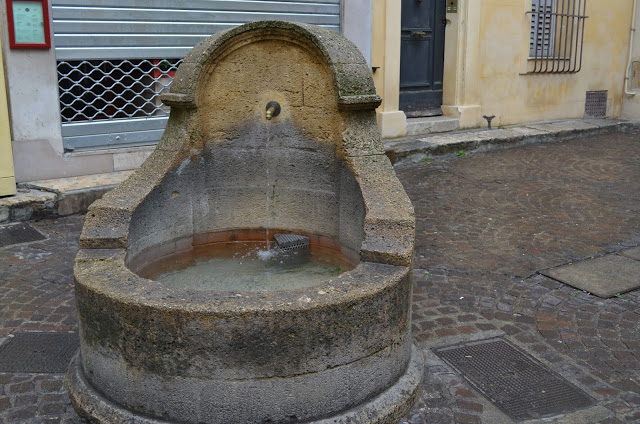 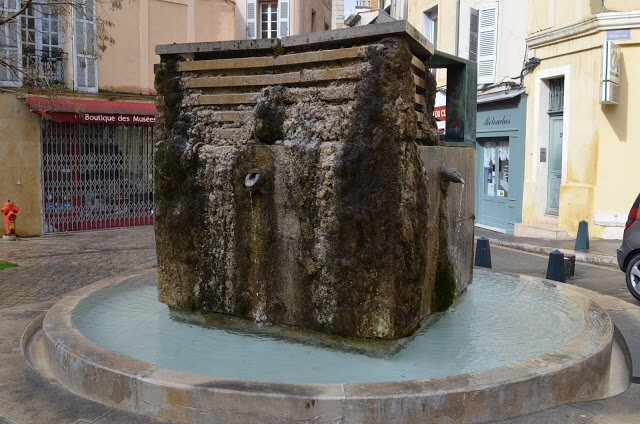 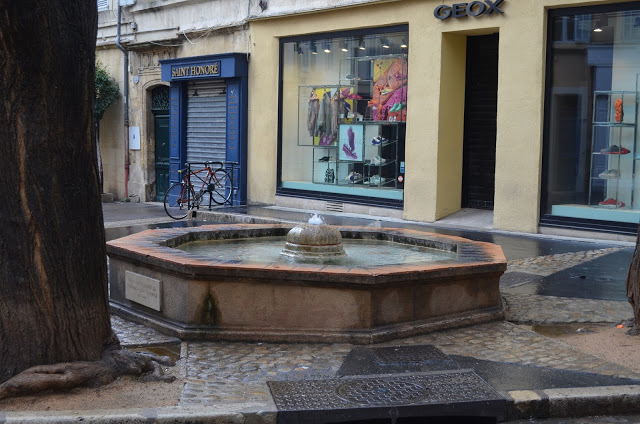 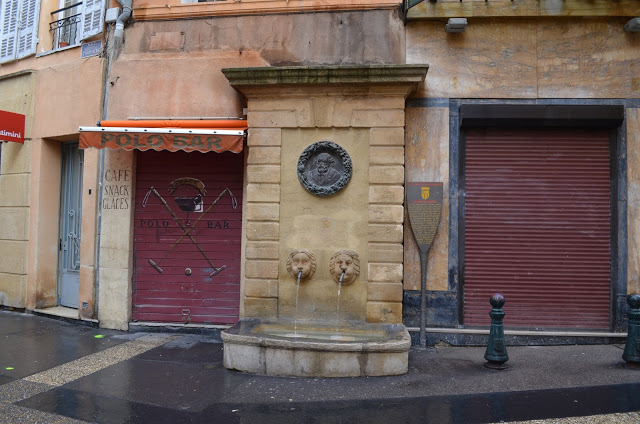 We wished we had more time to meet other more remote areas of the city, but also worth knowing, but time was short, because we had many other cities to meet in Côte D'Azur.