Pear frame, one of the beautiful cities in the Algarve region in Portugal

Pear frame, It is one of the cities of the Algarve region in southern Portugal coast, we made this city base to get to know many beaches of this region of Portugal, which has the most beautiful beaches in the country, We chose the city to stay in the middle of the coast, so we can know the beaches and towns that are the right and left, It was an excellent choice.

In the Algarve we 3 days, it was a good time to explore the wonderful beaches of the Algarve, which in summer becomes a fever of tourists visiting the beaches, course if could stay longer will be better, You will have more time to understand each beach area. 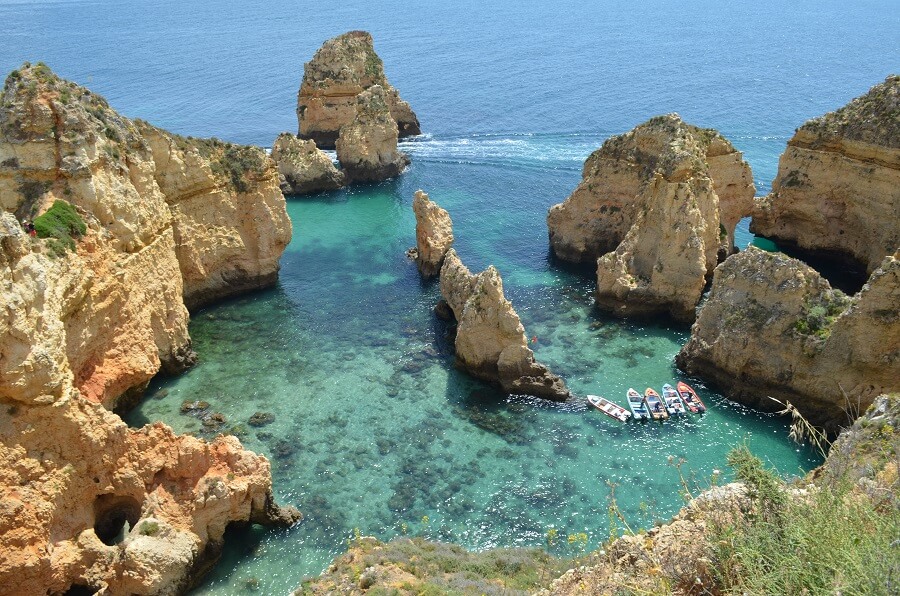 We got there after making a northern route to the south of Portugal by car, from Porto to Lisbon, passing through cities like Coimbra, Sintra, Nazareth among others, Pear frame was our penultimate city, in back to port stop in Évora by 1 night and spend the next morning to do the path of Algarve to Porto Direct, for they are many kilometers.

Speaking in kilometers, a very important tip for those who will rent car in Portugal, some roads especially in the South, Algarve has a toll booth without, are a iron frames on the road to read the license plate and charge the value of the toll, if you do not have the device called greenway in the rental car, You will have after going through this structure stop at some gas station and pay the toll, so be sure to, rent car with the green way to avoid problems and time with this kind of toll and be fined. This toll only saw in the South, in central and northern toll is normal with booths to pay. 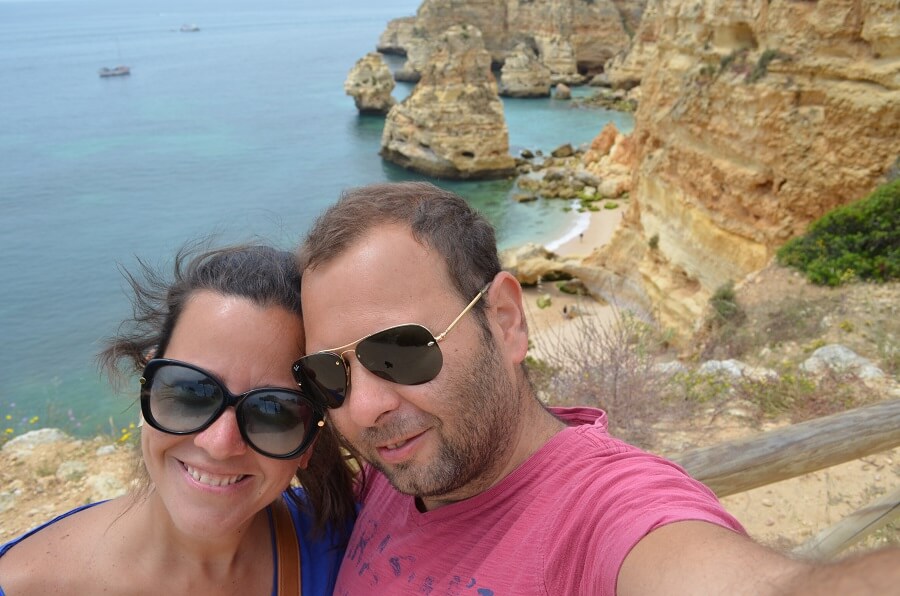 As I said we were in Pera easel on hotel Quinta das Figueirinhas & Farm Village, excellent hotel with pool, very close to the sea, the hotel has apartments with kitchen, room, balcony like a beach house, if you want to learn more about this hotel, We did a post about it, click here, from there we left very early every day to go to the Algarve beaches.

Things to do in Armacao de Pera and in the Algarve? 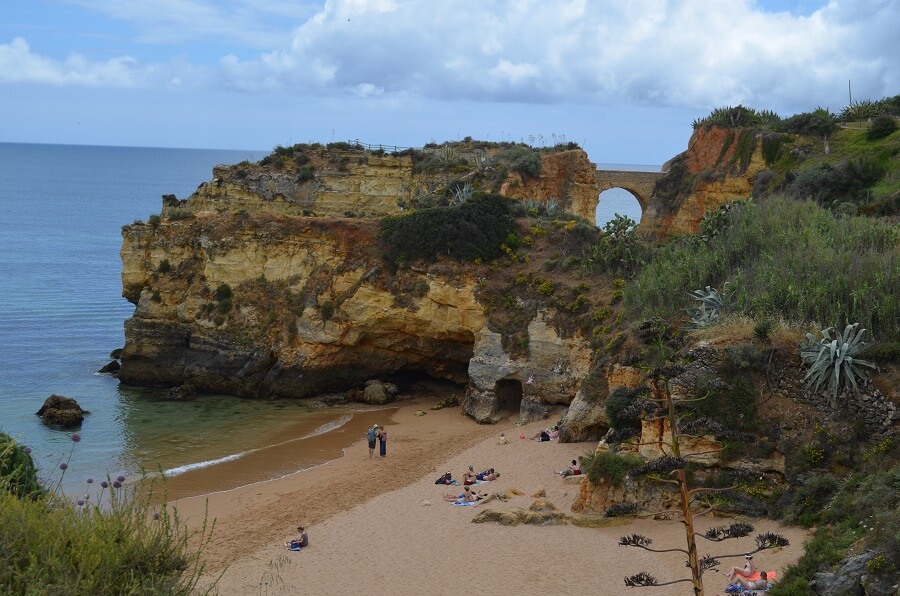 On the first day we know the beaches that were closer to Armacao de Pera that are: itself Beach Marine, a Barranco Beach, Arch Albondeira, Corredoura the beach, Oak Beach another wonder in the region, and there is also close to the beach which is the postcard of the Algarve, a Beach Benagil, but the postcard is not just the beach but the cave that is next to the beach, and there Benagil you can rent a boat that will take you to the cave, this boat can be picked up at other beaches, even the Pear Frame center. 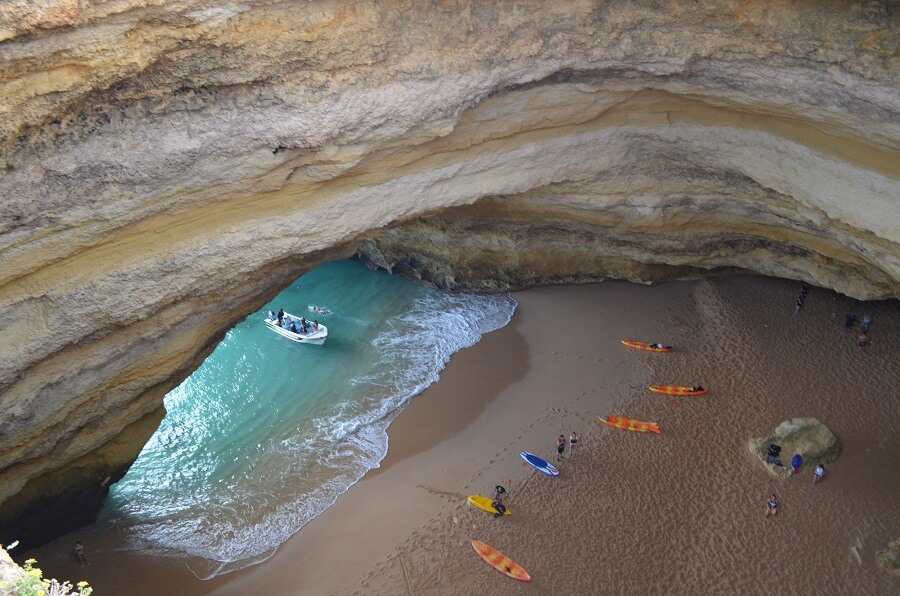 On the second day the beaches we visited were the beaches that are closest to the city of Lagos, there are the Ponta da Piedade lighthouse, which also has a boat trip around the caves and stone arches of the region, there are the Camilo beaches, Balance the beach, Dona Ana beach e Pinhao Beach, these were morning and beaches , in the afternoon we went to other beaches back to Armacao de Pera, we stopped at the Beach Torrado, Caneiros, by and saw the sunsets in Beach Pintadinho. 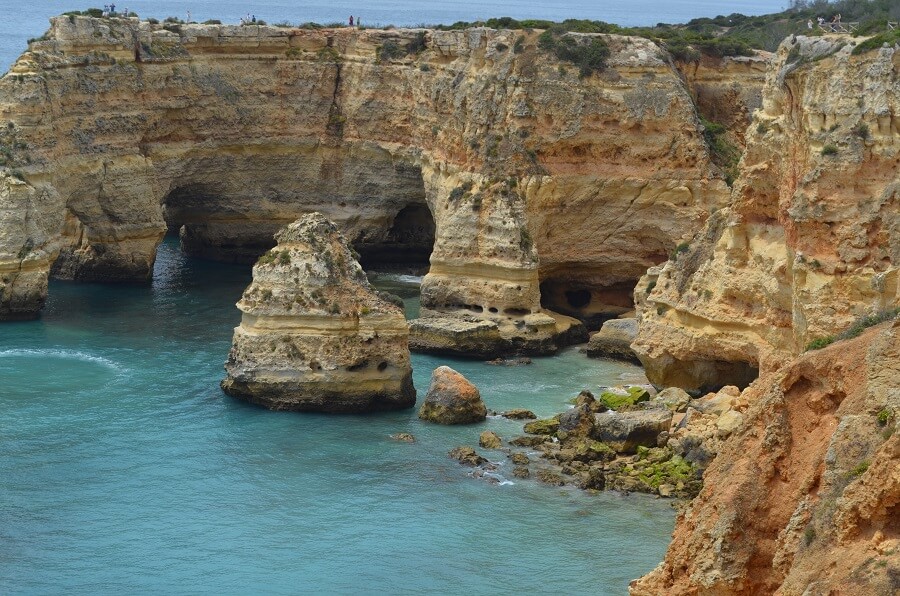 On the third day we went to the beaches that are near the city of Albufeira, We know several beaches, among them are Falesia Beach, Castelo Beach, Praia do Evaristo, Coelha Beach, São Rafael beach and the Eyes of Water beach.

This region of the Algarve beaches, is as good for other regions of famous beaches such as Costa Brava in Spain and the Riviera France, and speak you it's hard to know which region or beach is the most beautiful. The beaches of each region we find most beautiful are: Praia da Marinha in the Algarve, Red Island beach on the Costa Brava and the Calanque D Beach’ and Vau, Costa Azul.

Peñíscola, in the province of Castellón

Luarca, It is a beautiful city in northern Spain