Bangkok is the craziest city we were in our travels around the world, the capital of Thailand is something incredible, it is modern, both traditional, with its temples, is stirred super (during 24 hours even, the business does not stop, the city does not sleep, this because we are used to it, because we live in a city that also has this fame, Sao Paulo, but there is much more). It different foods, the sex change is released, they are reference in this type of operation and in some cases the government to help, many Europeans will go there in search of prostitution that is very high.

Situated on the banks of the Chao Phraya, It is very close to the Gulf of Thailand, It is between 10 most populated cities in Asia. 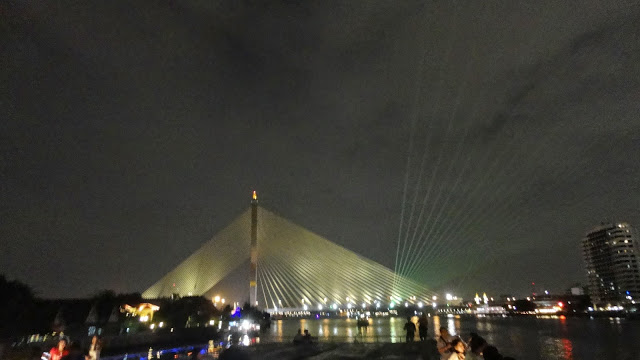 Your name logo that is different some write Bangkok, others Bangkok, but the most correct thing Bangkok. 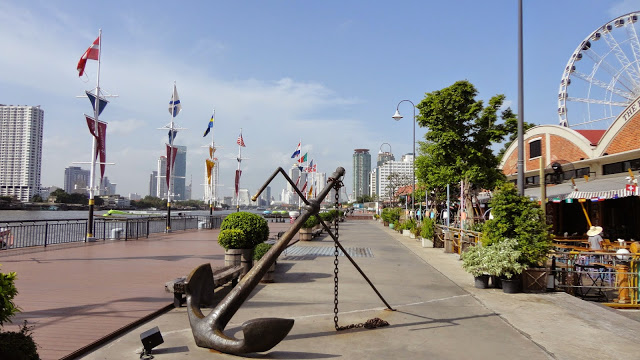 Things to Do in Bangkok and what are the main attractions in Bangkok.

Recently there have been shot some movies (ex. The Hangover 2, Murder in Bangkok), which made the city even more famous. 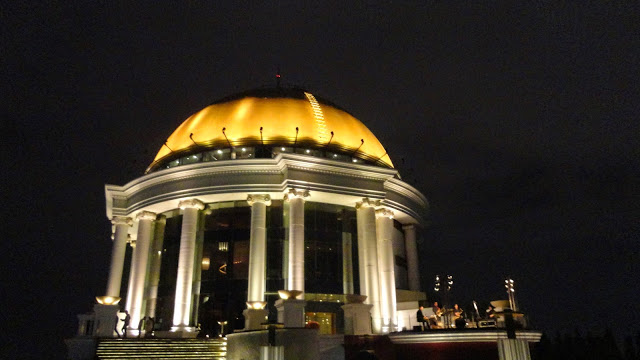 We got there after resting for some wonderful islands of the country,already posted here, Island to Phuket and the Phi Phi Islands. 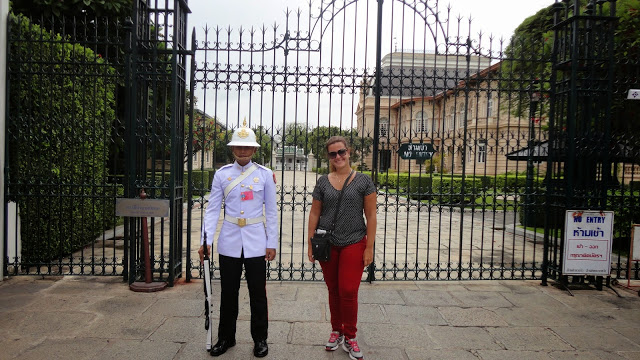 Very careful with the drivers of the Tuk-tuk (those carts that sit on top of a motinho), they are well rogues, we knew that already, so we decided to do a very short walk, a monument to another only, But anyway, with a path so close to the driver each time spoke price. This is because a price before entering the tuk-tuk had combined 200 Baht (name of the currency in Thailand), on the way he said it was 500, we said no, al went 400, also we accept, until we decided to stop in the middle of the tour and pay 300, and out of that stuck. 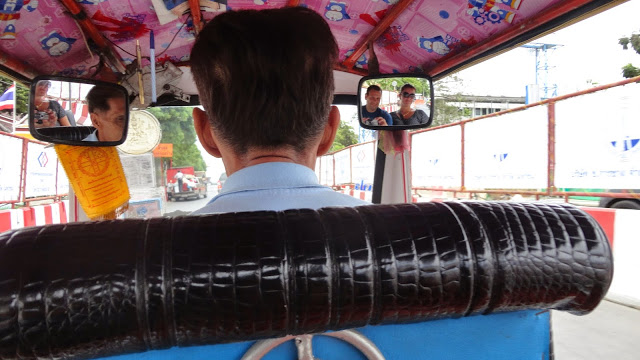 To enter the city temples that are thousands, You have to take off your shoes and some of them, they give you a bag to put your shoes, because in some temples there are thieves, os pickpockets (pickpockets) 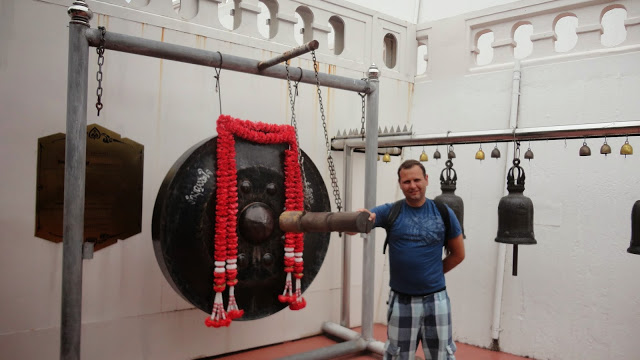 Another thing we found, It is that they do not like people who buy Buddhas for decoration, the explanation is: Buddha It is a religion and not decoration. 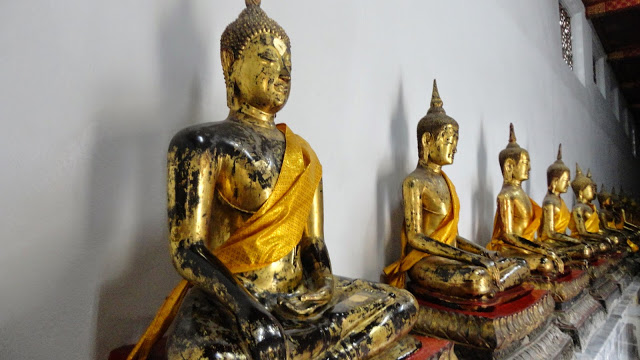 at the 3 cities (Phuket, Phi Phi and own Bangkok) we were in Thailand, There are many temples in all parts, Looks like Bali. Speaking of being in Thailand do not let go of these Islands, they are the paradise of Thailand. 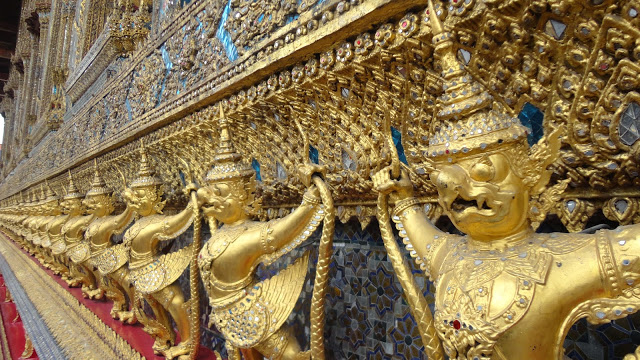 In Bangkok, the best option is to ride the subway, but the subway network does not take everywhere, yet walk as much as possible, because the city has a hellish traffic, I dare say it's worse than St. Paul saw… The subway is very calm, a bit busy at peak times, but nothing demais.Outra interesting thing, on the value of the ticket, you pay for the distance you will travel, then before going to know the subway station to which you will. 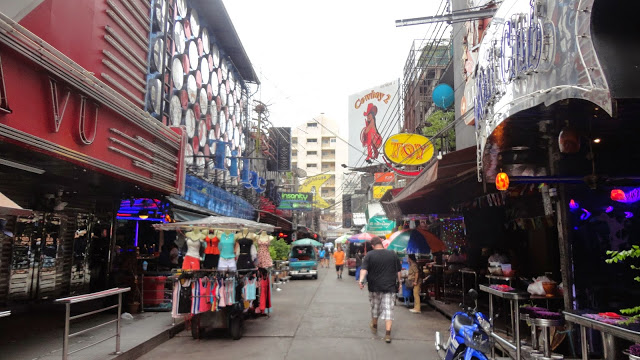 How to get
We went by airplane, we left Phuket (Thailand), then went straight flight, but from Brazil to there will always be necessary to make at least one call or connection, which can be in the Middle East or Europe.

Comer
On the first day we were in Sky Bar Sirocco, this place is a restaurant and bar that sits atop one of the tallest and most beautiful buildings in Bangkok, which was one of the film scenarios The Hangover 2, the place is beautiful, It has a very large open space with live band, and a panoramic view of the amazing city, only care to amounts of drinks and meals, we just drank and still spend a lot, just to get a sense of values, a simple long neck beer comes out 40 real, that's right 40 real, what good is that to get there is free and worth. 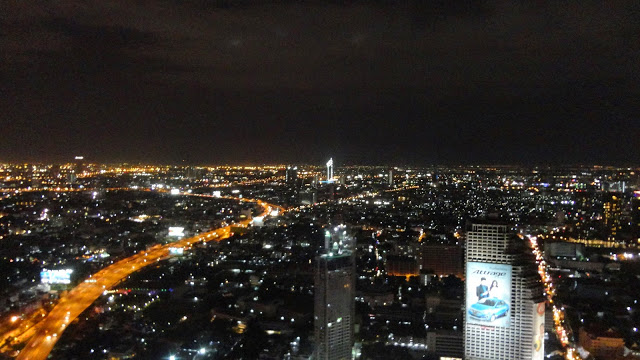 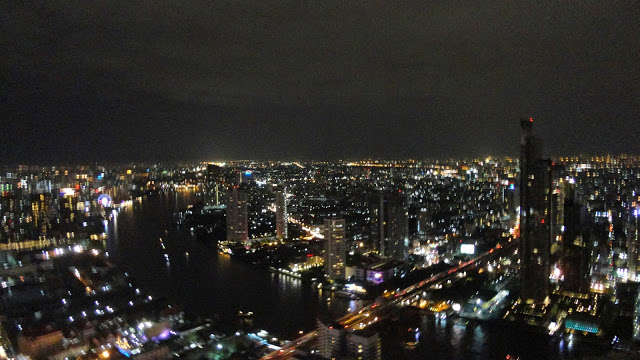 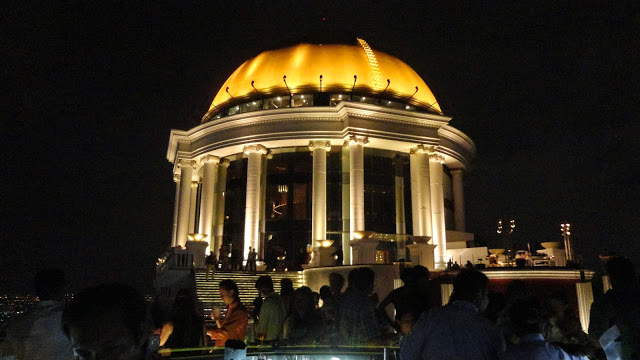 On another day after the floating market tour we had lunch at the fair (Chatuchak Market or JJ Market), I wanted to try eating insect to try, but we found it had not at that location, We visited the fair all, that is sooo big and has everything you can imagine to buy, this back at the fair were looking where we could eat, She wanted nothing but the, until we saw a spot where a Spanish was a paella, in front of the bar, We stop there and eat a tasty paella. 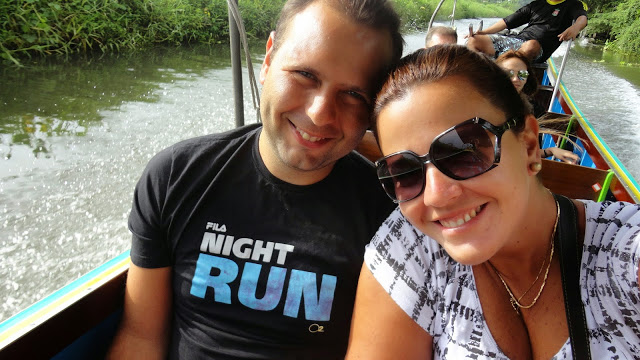 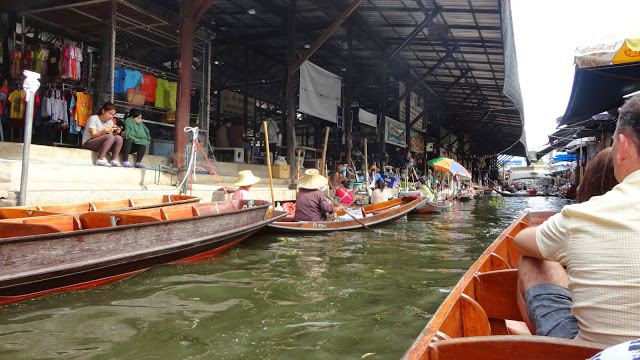 The paella cook, It makes paella and at the same time gives a show, he seems a caricature, all stopped to watch the guy making the food, and the funnier it was much like a friend of mine who is also chef restaurant. 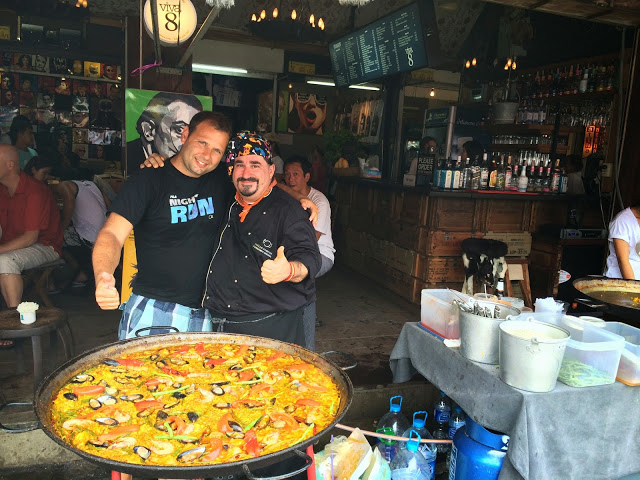 Where to stay
we stayed at Best Western Plus @20 Sukhumvit, excellent hotel, great location in the center of Bangkok, two blocks from the subway, we had included, wi fi, Breakfast, the room was great, and a super clear windows wall just, very cool. 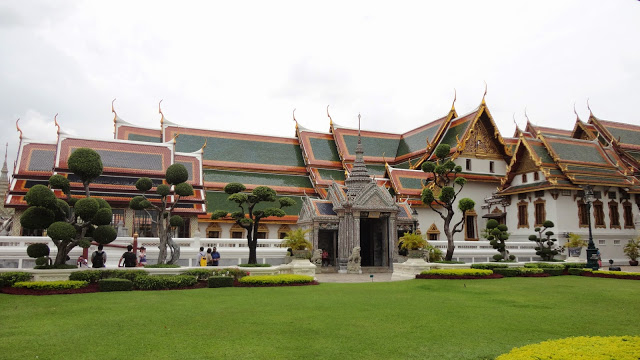 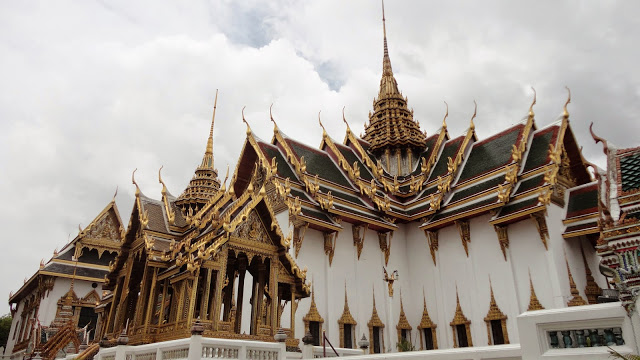 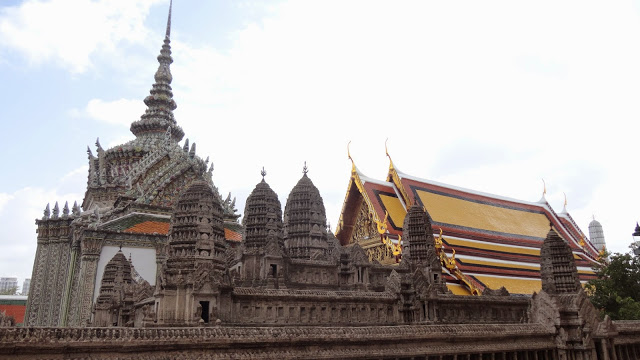 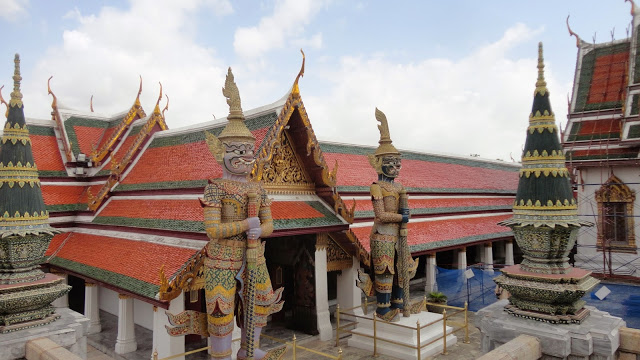 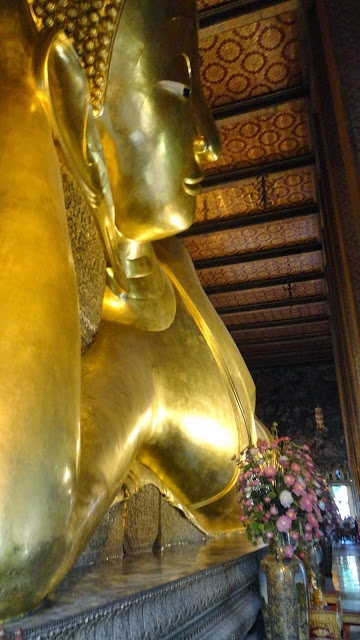 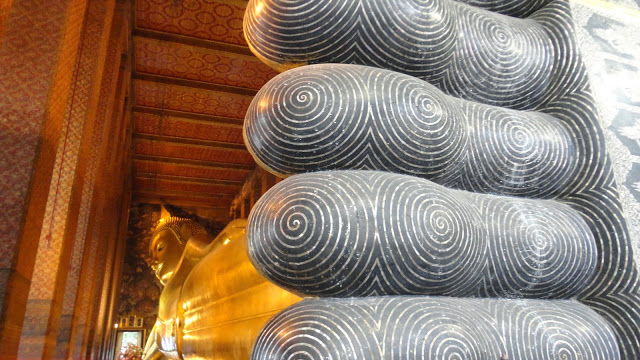 Sky Bar Sirocco, I commented above; 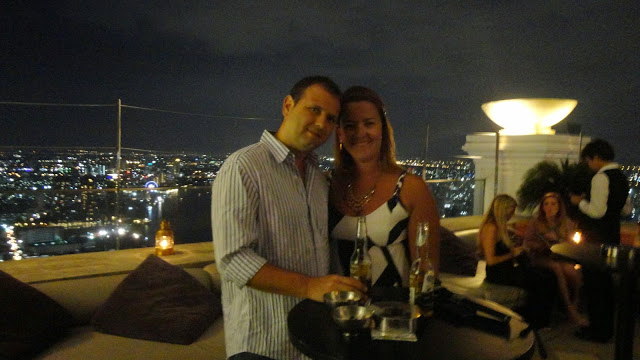 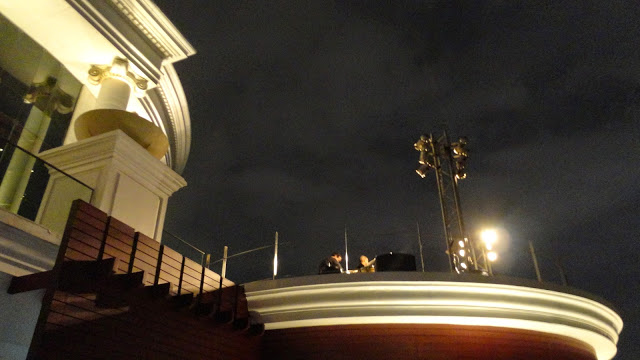 Floating market, Like the city of Ayuttaya, these places are not in Bangkok, (1h and 30 minutes by car) and tours last all day, We had to choose between the two and went to the floating market, is more folklore and meet, It is not such an amazing place, they sell all clothes, foods, crafts and has several channels; 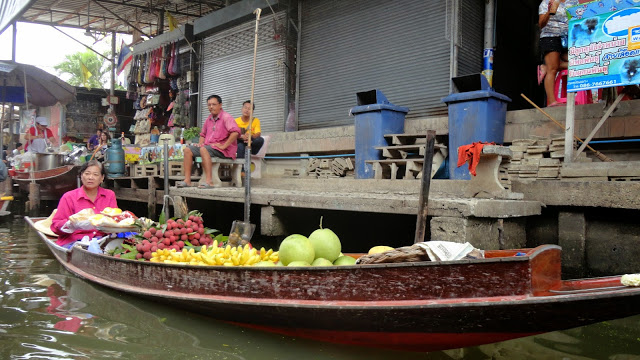 Chatuchak Market, JJ Market or weekend market; It is the largest market in Thailand with many things to buy as described above; 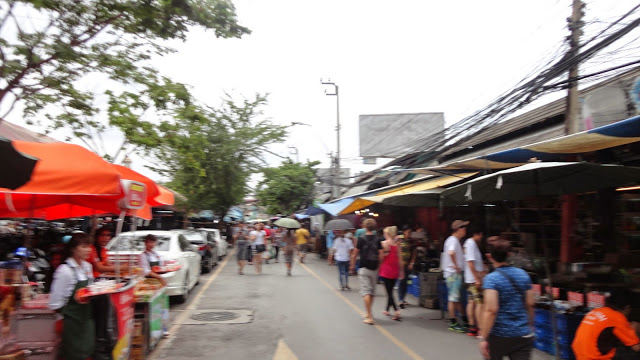 Asian, It is a mall with many restaurants on the banks of Chao Phraya River, great place to have dinner or lunch, It has transport for free, boat that takes the subway to the location, Pri found that somewhat resembles and a much smaller version of the Puerto Madero in Buenos Aires; 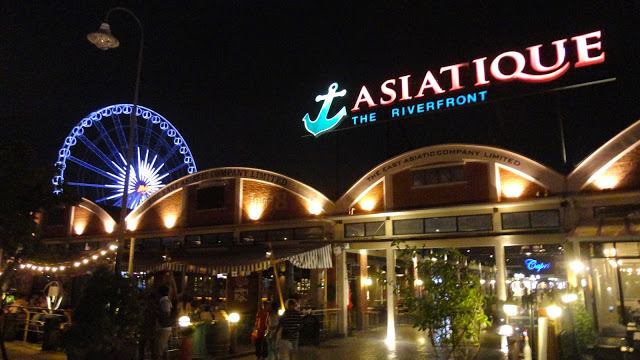 Boat trip on the Chao Phraya River, this tour is night, and includes dinner and show, the output is in a shopping pier, Our boat had great food and a good show, but the boat that came out before ours was very much more fun and a great show, so if you're doing this tour choose the company Grand Pearl Cruise; 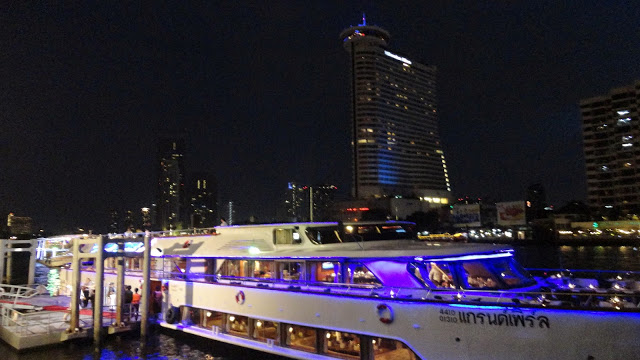 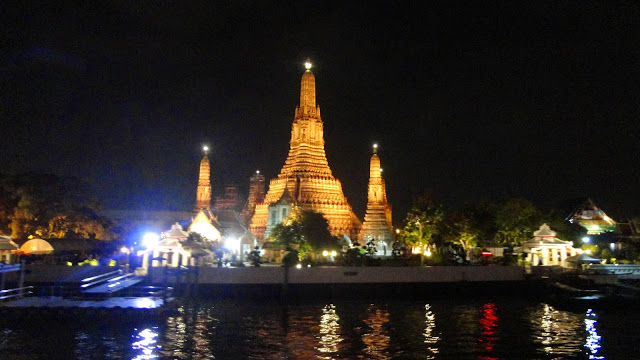 Walk to the city of Ayutthaya, where the head cut Budha, where the tree roots arrested, We did not have time to go there, as the tour lasted all day, and we had no time to go;

Night life, which rolls all in Bangkok, see below one of the streets where there are venue, adults. Who also served as one of the movie's scenes “The Hangover 2” 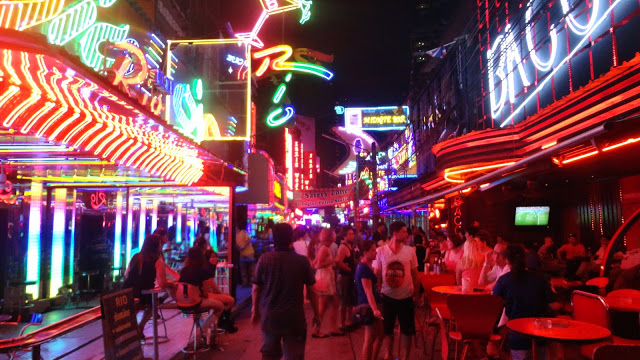 Taking the Spanish citizenship to Brazilians