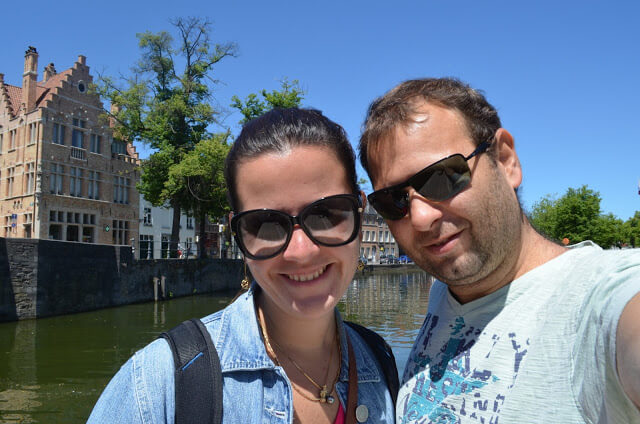 Used na Bélgica also known as “North Venice”, because of its numerous canals that surround or cross, the city is located north of Belgium, the shores of the English Channel.

The beautiful city of used It has several boating, allowing some of which reach the neighboring towns. The city still has the ruins of a fortress, and mills on the banks of the canals. 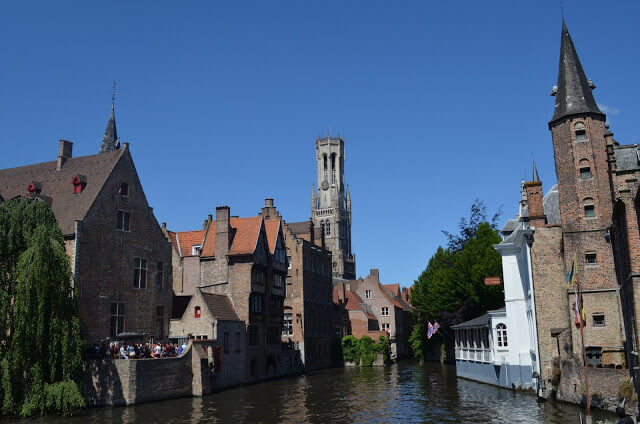 Everyone who knows Bruges left delighted, with the charm of its medieval buildings and its canals. The city was completely remodeled around 1870. Na Holy Blood Basilica (Basilica of the Holy Blood), you can see a bit of Louis architect work repaginou the city, the church was restored by the architect over the years 1870 e 1877. 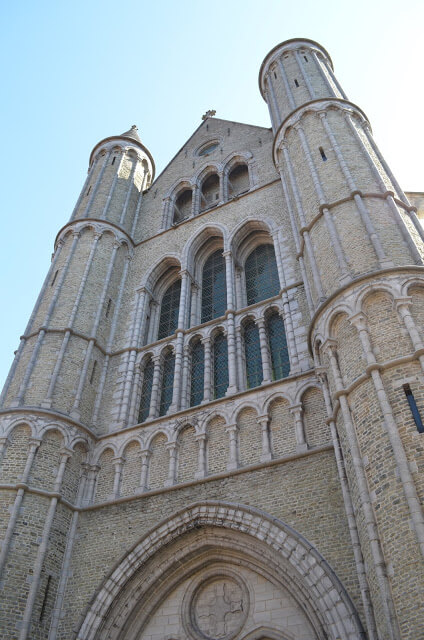 And us could not have been different, we were there on a trip we made out of Ireland, we stayed in Brussels (made city base) and from there we went to Luxembourg e Used. We made a script 1 day, gives to know everything, but 1 more day would be better, for more take advantage of the climate of the city. We left amazed by so much beauty. 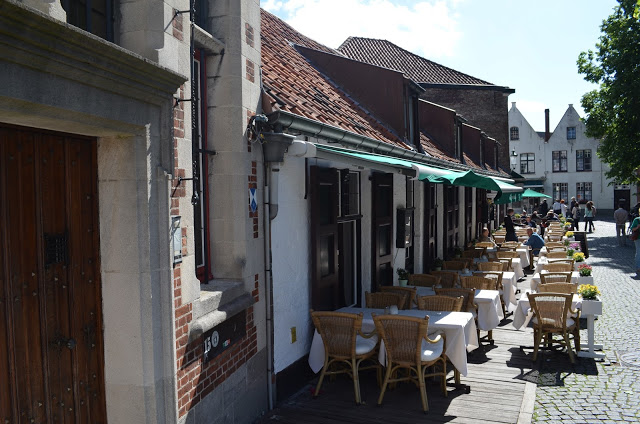 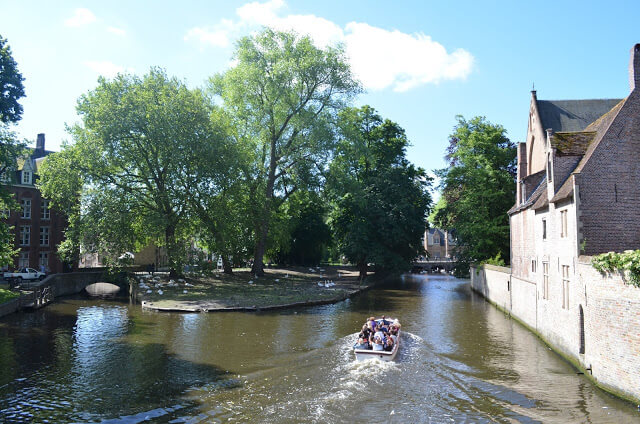 Travel between Brussels e Used, we train (see the post on European railway companies), lasts about 1 hour and costs about 15 euros round trip per person, We took the early train at the main station Brussels and down in the center of Bruges, this is one of the main reasons to go by train, because it leaves you in the center of town. 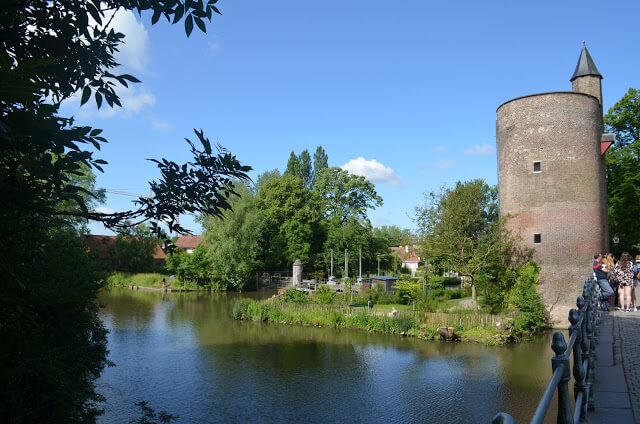 We took about 5 hours walking around the city, the point was to get further in windmills.

Leaving the station went towards the old city center, so close, the main tourist attractions all know are possible on foot and that's what we did. 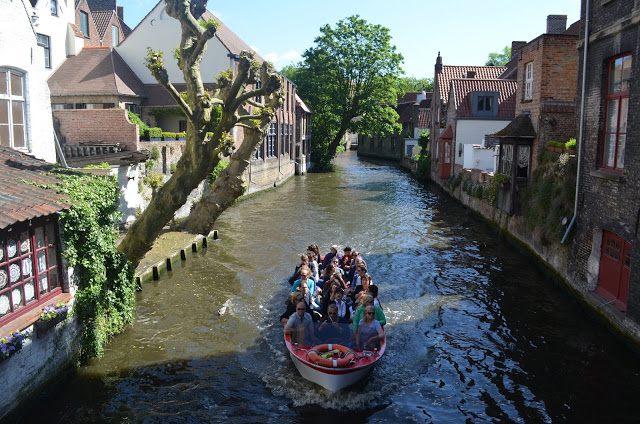 used It is surrounded by channels, this is one reason to be so beautiful, It is one of the most popular programs for visitors, scroll through these aquatic streets aboard tour boats, sailing under bridges and trees, and enjoying a privileged angle its historical buildings, we made the journey on foot, which is also pretty cool,but I suggest doing both. 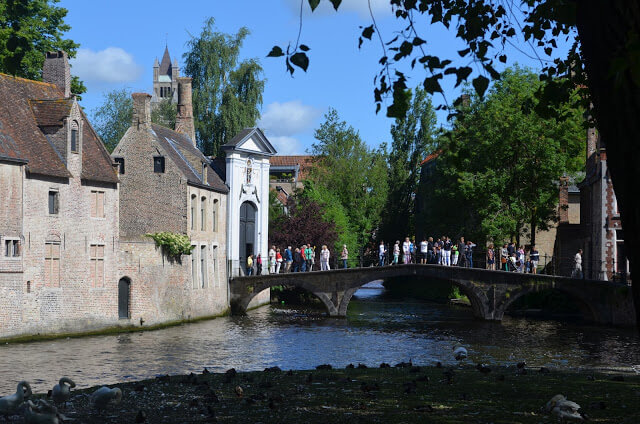 O canal Minnewater, He is reputed to luck to love the run, so many couples throw coins in its waters. 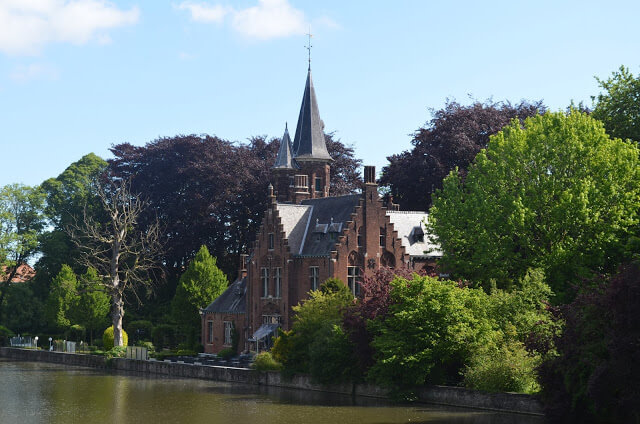 The medieval tower known as the Halletor, It is the largest and most important building of Bruges, and it is situated right on the market square. It was built in the first century 13, has 88 meters high and at the top has a carillon with 47 bells. This point is the center of the city, and serves as a reference for all tours in Bruges. Who wants to climb the 366 steps of the tower will enjoy a full view of the whole city, as it was summer and had a huge row, we were not, because of the short time, so if you want to stay 2 days in the city is better than 1. 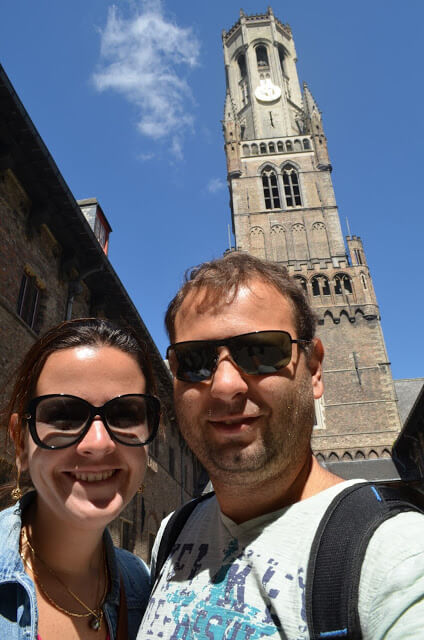 Na igreja Church of Our Lady is the “Madonna and Child”, statue of Mary with baby Jesus, made by Michelangelo, to enter the church have to pay, but it is worth is very pretty. 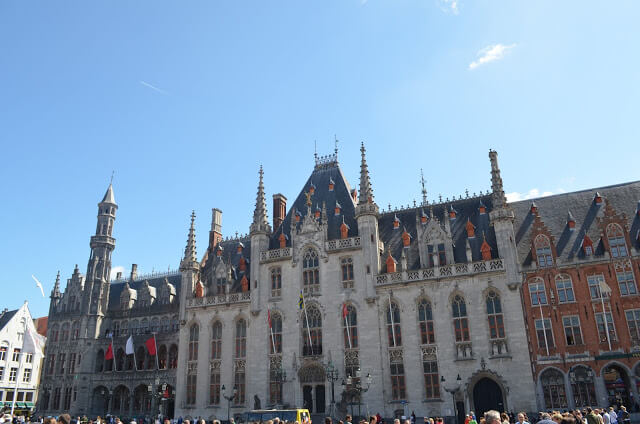 And not to mention those scattered stores of wonderful Belgian chocolates through the city center, It makes you want to eat all the chocolate boxes, maaasss as fattening, just bought a box. 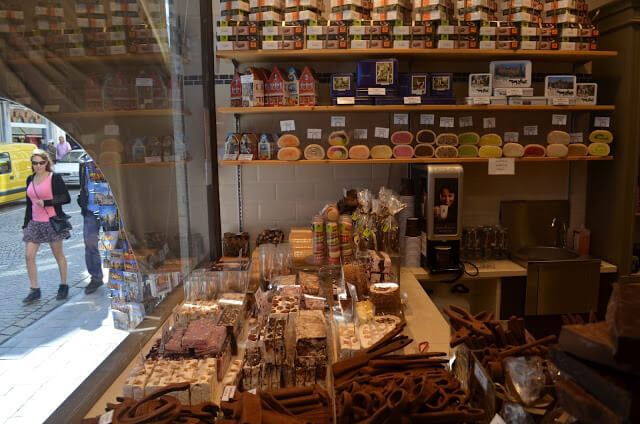 The city has many restaurants, but as the ride had a limited time, We are eating just a stall even hotdog, in the main square and looked great.

In the late afternoon, after touring around the city, We find a beer store right near the main square, almost a beer paradise, hundreds of wonderful labels and with sooo cheap price, there buy various types of delicious gourmet Belgian beers (Delirium, Duvel and a few others). 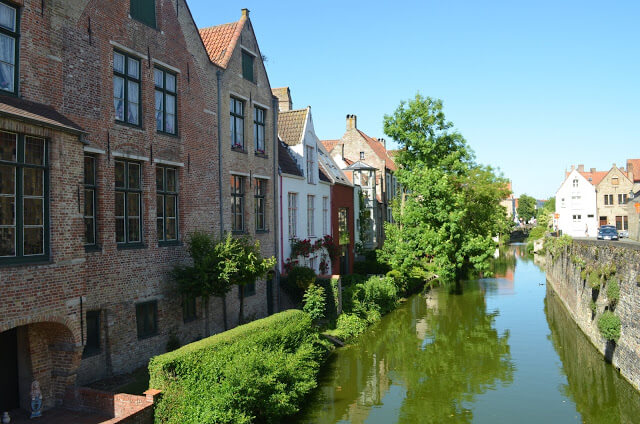 Church of Our Lady

Basilica of the Holy Blood 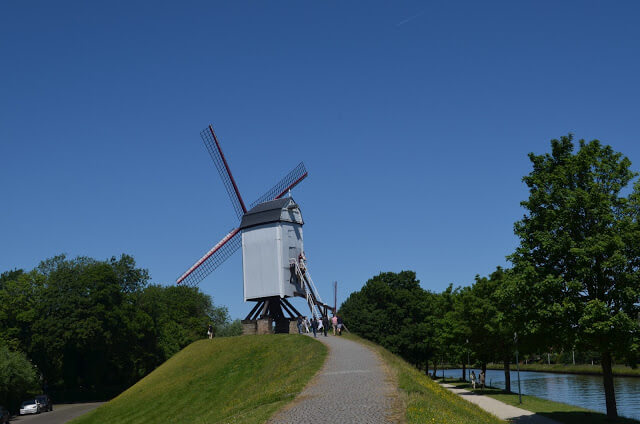 CHURCH OF OUR LADY - church with Michelangelo's statue 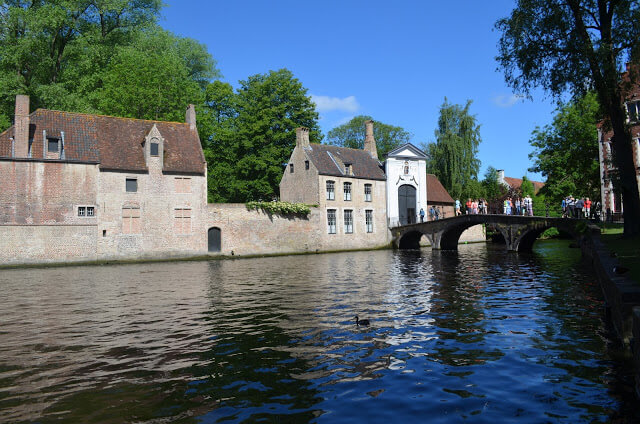 He feels like traveling after so many tips? The Blog TurMundial gives you even more tips to ease your travels: Want to book a hotel? Book hotels with great prices by Booking. Want to book an apartment, home, boat or even a tree house and still win 100 real in his first stay? Book all these and many other choices of places with great prices by Airbnb. Want to buy advance tickets for various attractions and tours without those huge queues? Buy Ticketbar Want to rent a car? Undoubtedly indicate the Rentcars.com it seeks the best cars and market values. You need to send or receive money to / from abroad, without paying those absurd charges of bank or exchange houses it Wise You want to avoid problems in the middle of his long-awaited trip? Hire a travel insurance with any of these companies Real Travel Insurance, or insurance Promo You want to avoid those sky-high mobile bills at the end of his international trip? And yet able to do, receive calls and use the internet? Buy an international phone chip with any of these companies: OMeuChip or with the or with the OBS: We emphasize that the responsibility for providing the services / sale and delivery of products, suppliers are described above.
CategoryEurope What to do in Belgium?
TagsBelgium used Channels Belgian beers Belgian chocolate Medieval city Romantic city destination RBBV Europe mills Torre North Venice

Brussels, capital of Belgium and its charms