Buenos Aires, the capital of excellent meat and Tango

A capital of Argentina known for great barbecue, in any restaurant in town the meat will taste great. Tango a style of music and local dance, there occur on the street concerts, in bars, restaurants and in performing arts venues.

We decided to go there to celebrate our wedding date, as I said in the post of Santiago, we decided to stay 4 days in Buenos Aires and 6 days Santiago.

First arrived in Buenos Aires, We stayed in the Recoleta neighborhood, a great neighborhood close to downtown and major tourist attractions, for those who like to walk around town, as we, It is the most delicious and easy way to meet. 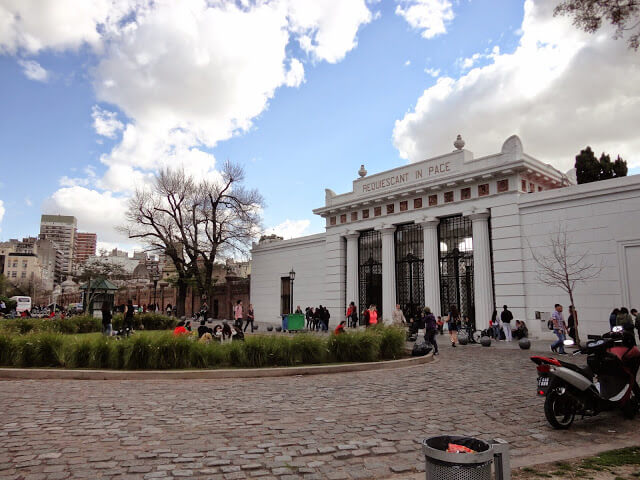 we walk, and we know the Recoleta Cemetery, in the square or park in front of the cemetery, I was having some shows, then we went to the Obelisk, for or Teatro Colón, Casa Rosada and finally got to the Madero Port. 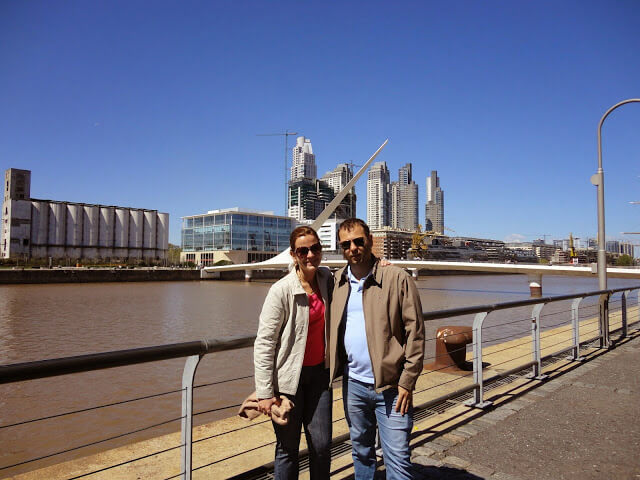 Another day we went to the Palermo Park. 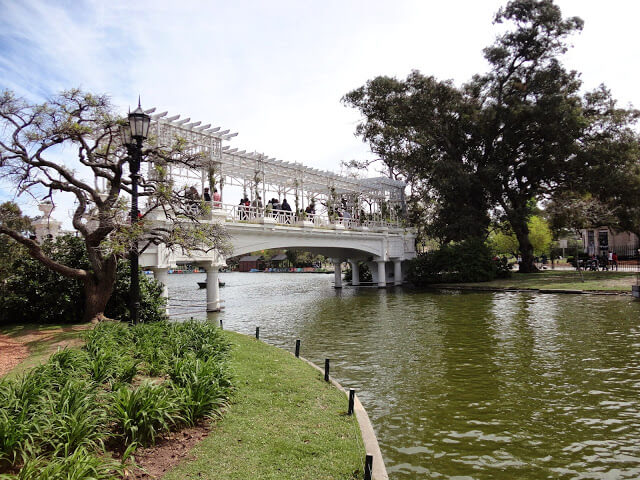 The next day we went to the fair in San Telmo, then to the the stadium Boca (The Bombonera), then to the Caminito, where we had lunch, We eat very well and was taking tango show at the restaurant, very cool, We stayed there until evening. 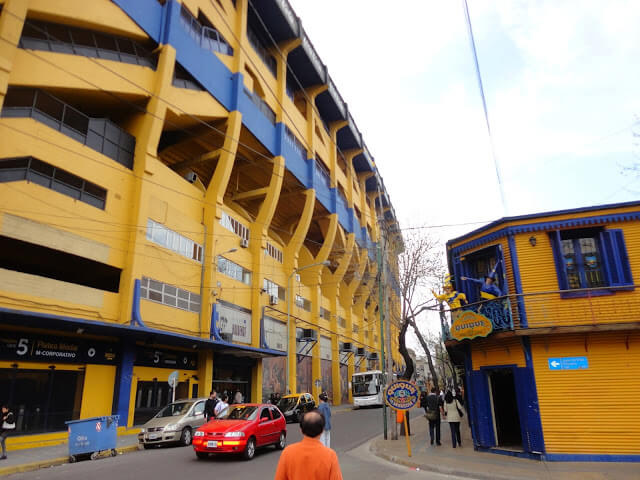 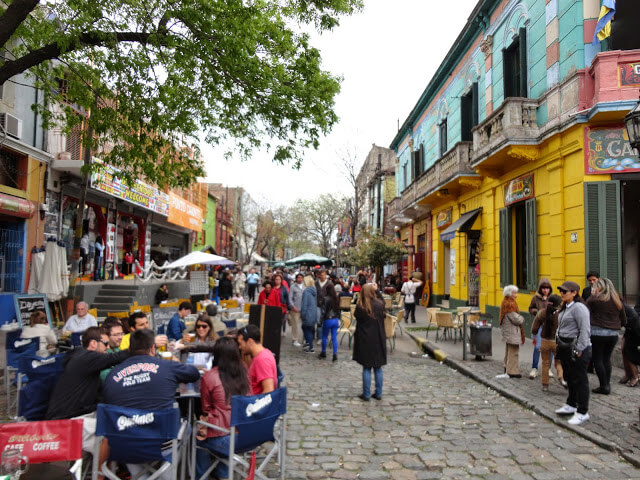 In celebration night a year of our marriage went to Tango show with dinner and drinks included, We decided to see a more traditional show and went on old warehouse, great place, great food and a wonderful spectacle, besides all still had included the return shuttle to and from the hotel to the show, it was not cheap, We spend around $ 500.00 the couple, but very worth it, these Tango shows can also be seen in various venues, for example in Mr. Tango however there is everything in Hollywood, and we wanted something more traditional. 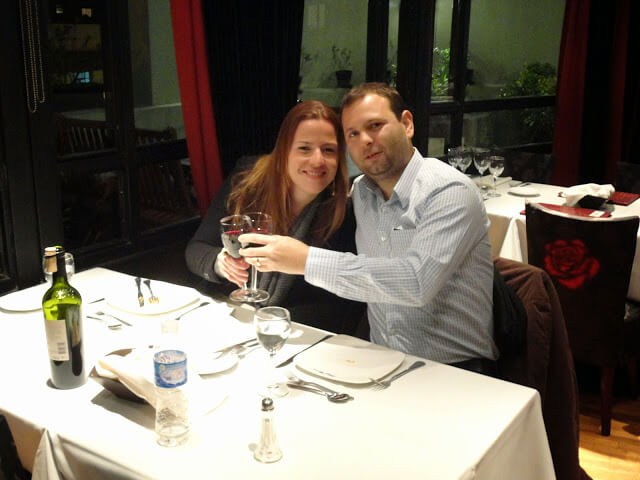 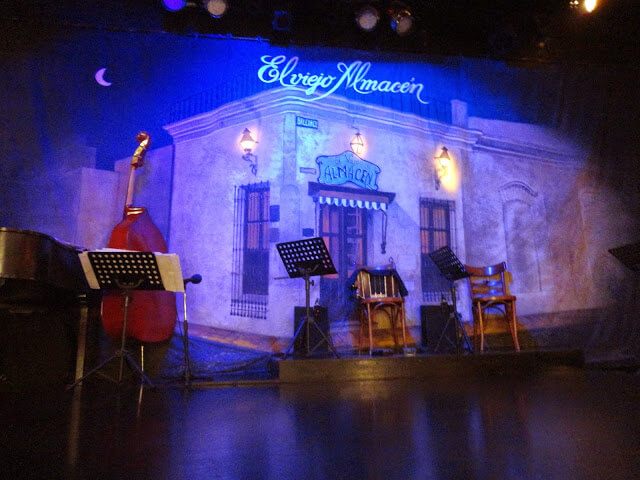 A Buenos Aires is beautiful, It has a style very similar to European cities, but the fault of the political and economic crisis is going through some problems that follow tell:

As soon as we took a taxi from the airport accredited, because we thought it would be so much better and safe, nothing happened to us, but the taxi driver, wanted more than anything changing weights (them money), for dollars or even real, only we had already left Brazil with changed weights, and we said that we had no interest in change, yet the guy insisted very, but very much, all the way, I wanted to know how much we had paid the real conversion weights and he said it changed me because I would have paid more, but we knew of some cases of friends who had received counterfeit money cabbies, with us it all worked out, but the guy was very boring, and we were very afraid, he even storytelling, like threats, of people who had been abducted because of it, and also he said that people who had exchanged dollars in the bank and got counterfeit notes, horrible !! Who is there to take great care with taxistas.Mas is noteworthy, which I was the one who really had a problem.

Another thing that is happening too are thefts, a friend was robbed twice on the same trip, to the Dulce de Leche he bought was stolen, the first time was in the Hop-on Hop-off and the second time believe, It was inside the hotel.

My sister was now in the middle of the year for skiing in Bariloche, with my brother and my nephews, their journey also gave it right, but before she went, I said to take only weights, do not take dollars because counterfeit notes, ok she had no problem with counterfeit notes, but it ended up paying much more expensive, tours, food and stuff, as the Argentines wanted to receive everything in real or dollars, They were not accepting their currency!!They only accepted the weights, to pay much more expensive, absurd!!

I told all this to you to go there, smarten up, but other than that Buenos Aires is very cool and very fun.

How to get
By airplane, of Brazil is the easiest.
The Ferry Boat, leaving Uruguay.
Car or Motorcycle, this is a journey that must be very cool, but had not had time to do, maybe in the future;

Where to stay
We stayed in an apart hotel Recoleta Studios Buenos Aires, very good, It was actually an apartment a rent boy, but has in booking, It is in the neighborhood of Recoleta right near the cemetery, about four blocks away, the condo had everything we needed (tv, internet wi fi, refrigerator, stove, to a small balcony), besides being close to the supermarket, so we could buy the items breakfast, wine and cheese, there are very cheap. 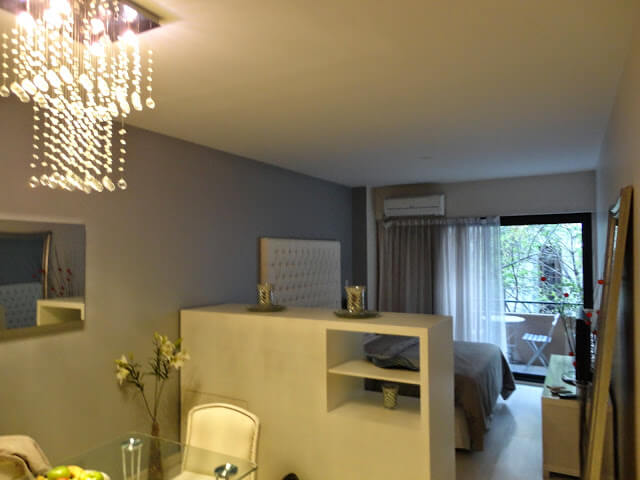 What to eat
Meat!!!! more Meat!! A lot of meat!! As I said in Buenos Aires business is eat barbecue, all the restaurants we went to, even those who were not famous meat was first and always accompanied by a good wine.

We were in some restaurants, all wonderful, but those who stand out are:

Shack Las Lilas, restaurant located in Puerto Madero in front of the old pier of the old port, the place is beautiful, the food is even better, only a single but, there is not cheap, but it's not expensive, compared to the standards of a restaurant of the same quality in São Paulo. 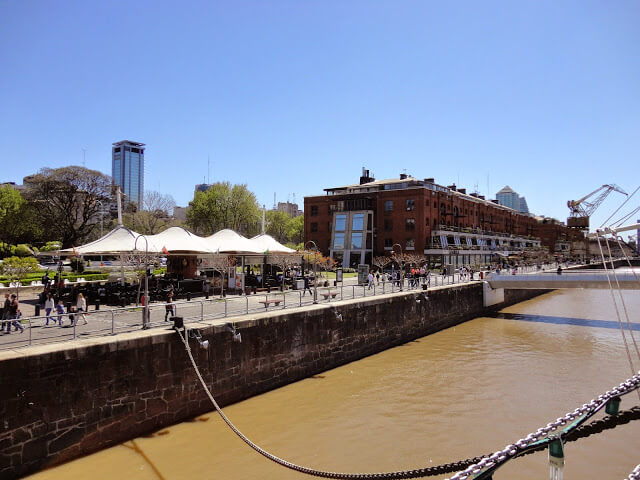 Another day we went in the restaurant which was included in Tango show what do we buy, fomos not do Viejo Almacen Restaurant, as I said the meat of all the restaurants were excellent. 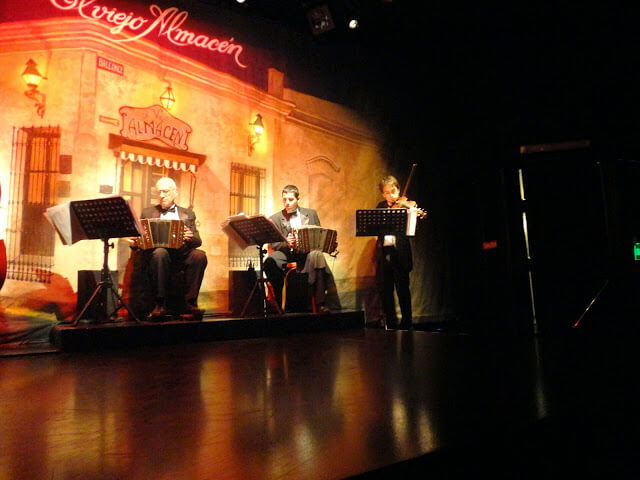 We were also in a very good restaurant, but further away from the center, I was in the Palermo neighborhood, but I can not remember the name of the place. 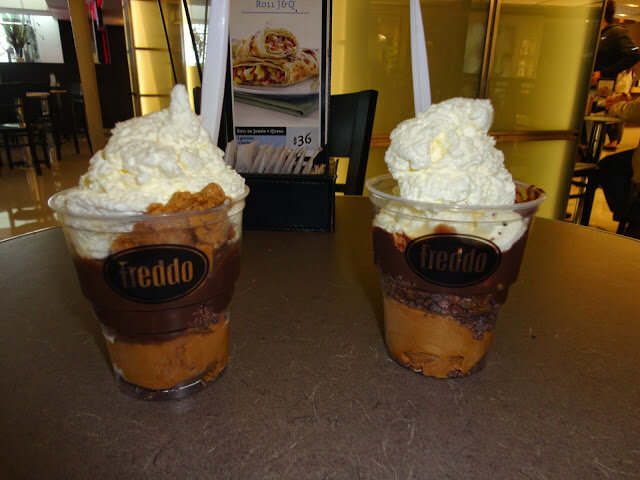 In Argentine, the cuts of meat are different from Brazil, but this fantastic cutting style is coming in restaurants and supermarkets in Brazil. The cutting kinds of meat there are more famous:


Tango Show, there are many tango houses in Buenos Aires, but as told above, prefer a more traditional know the old warehouse; 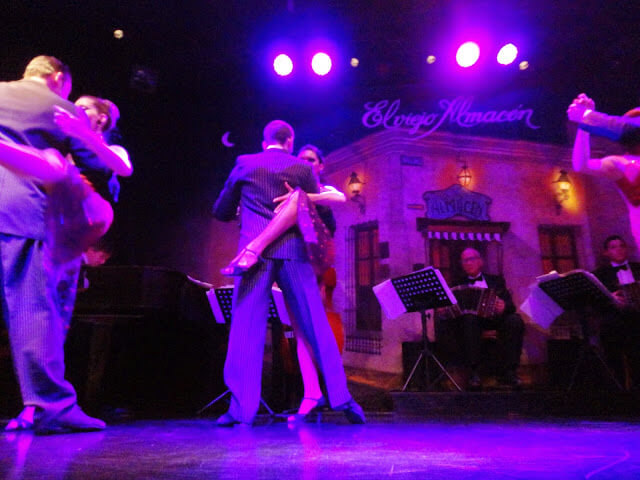 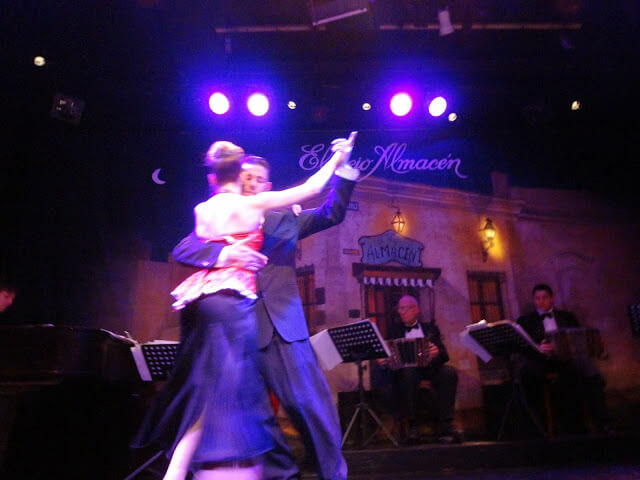 Recoleta Cemetery, where it is buried Evita Peron, It turned tourist attraction and live crowded; 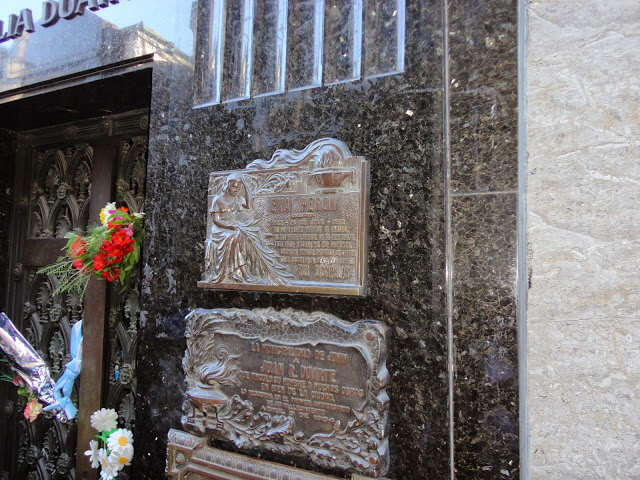 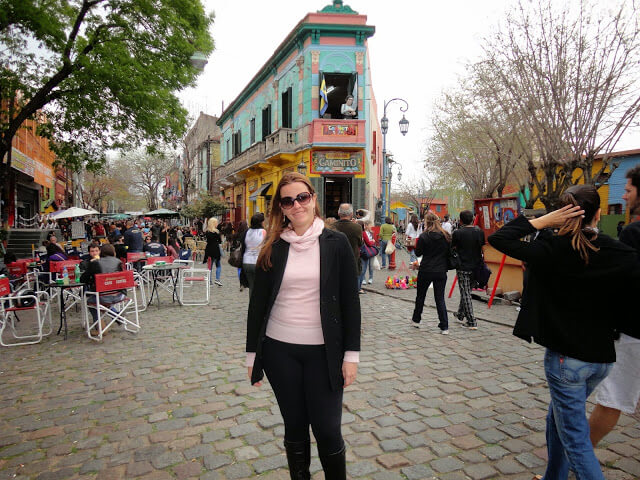 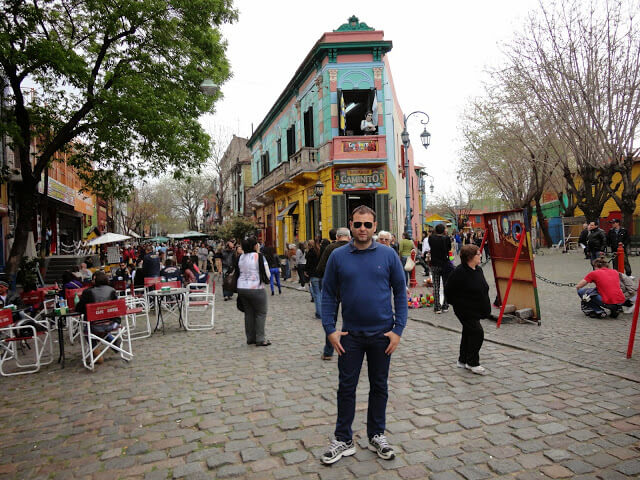 The Bombonera, famous football stadium, belonging to the team Boca Juniors, there is a museum of the team and the stadium guided tour; 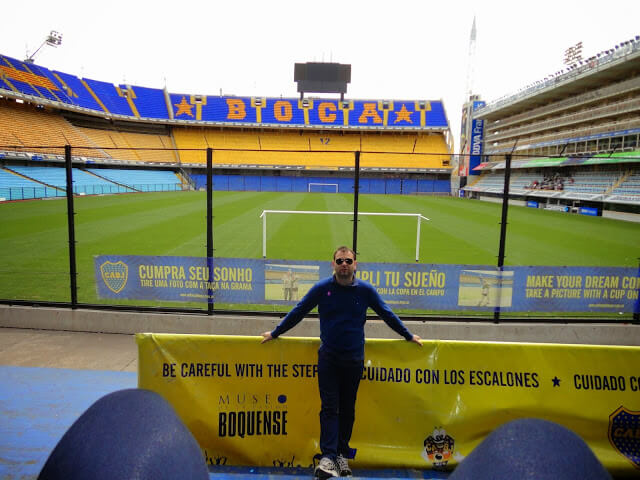 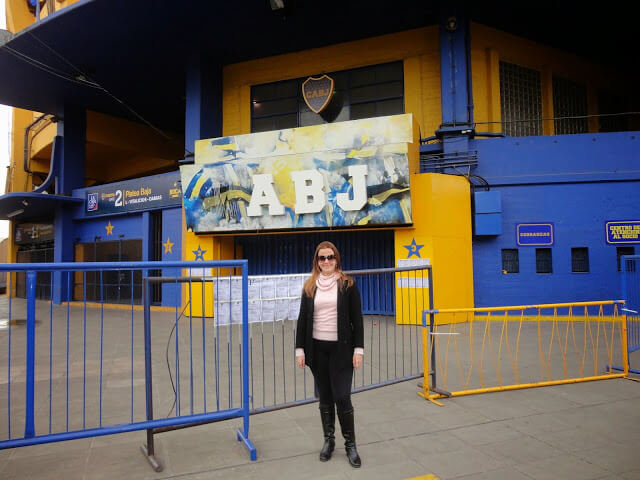 Plaza de Mayo and Casa Rosada, seat of the Argentine government, place of many protests currently, because the crisis facing the country; 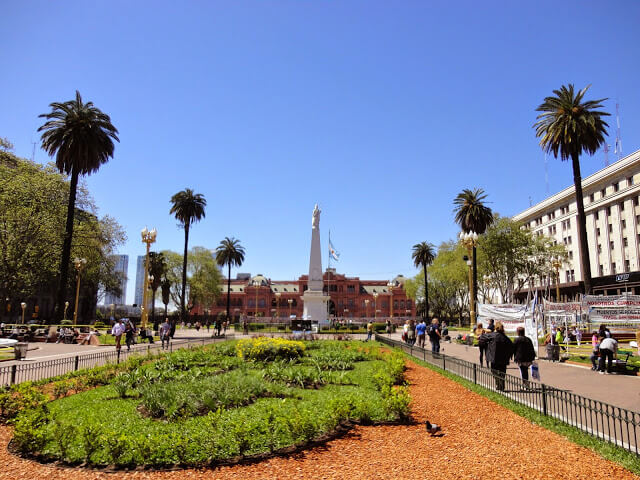 Colon Theater, They speak it is very beautiful inside, but as they had specific times for morning arrival and afternoon, and we arrived in the middle of that time, just do not see inside and we only photos out, so if you want to visit it internally schedules see straight, follows the theater site http://www.teatrocolon.org.ar/pt/visitas-guiadas-pt; 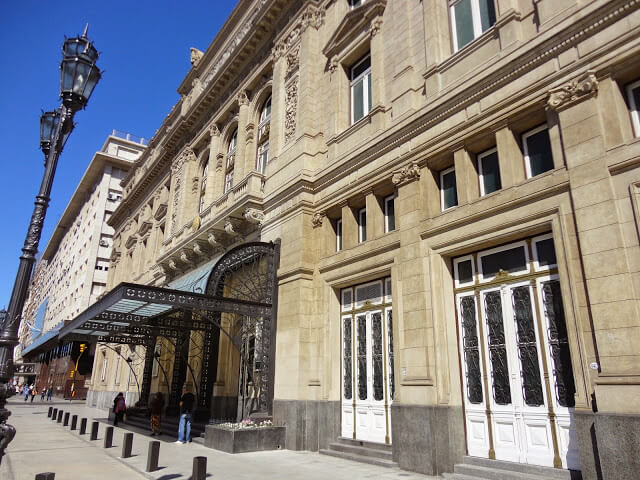 Forest Park or Palermo, It is a beautiful park, very well maintained, full of flowers and trees, but further away from the center; 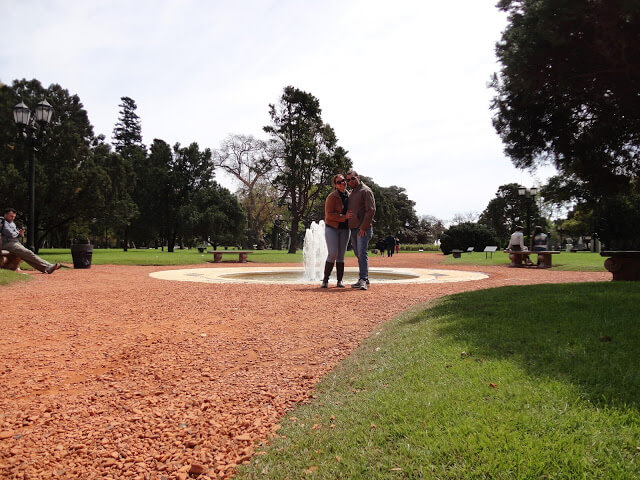 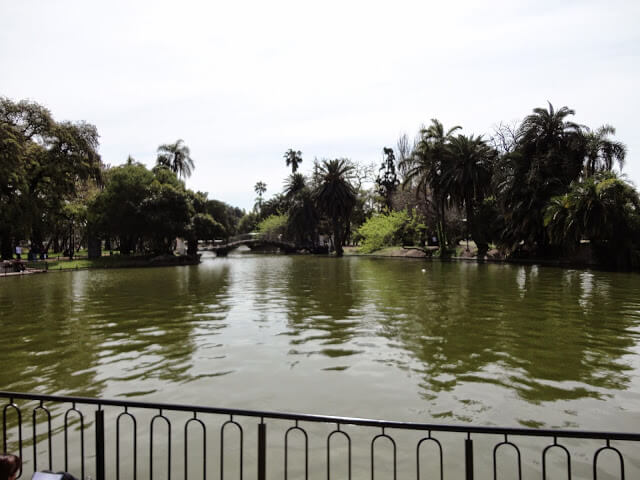 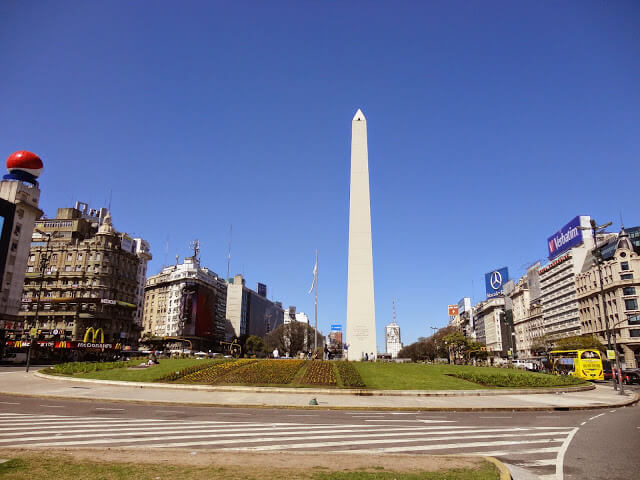 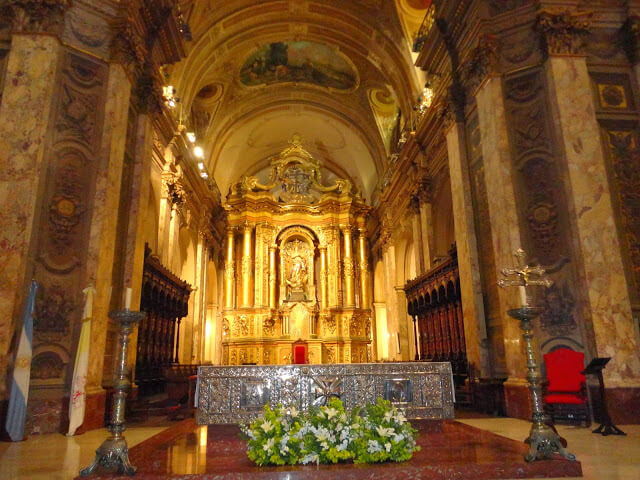 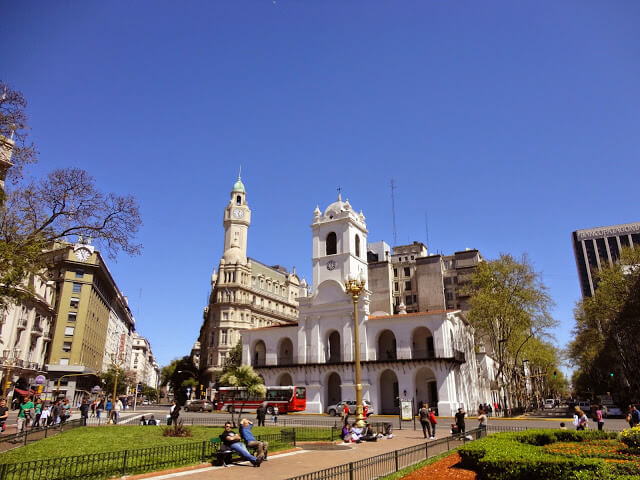 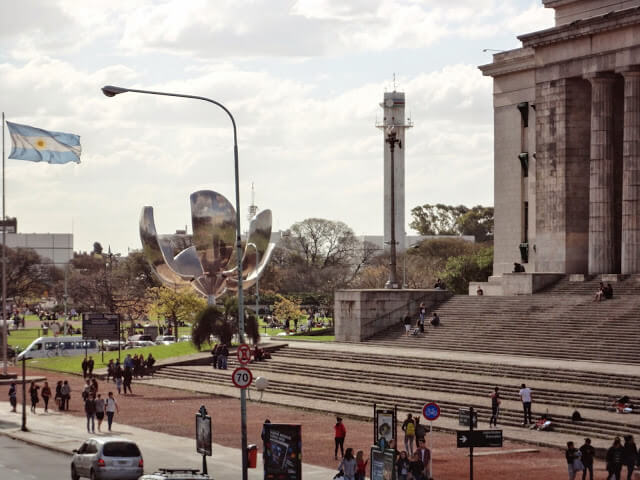 Madero Port (Porto da Madeira), old harbor and town pier, today transformed into a place of great hustle, with lots of great restaurants and among the most famous and one of the best there, or cottage Lilas; 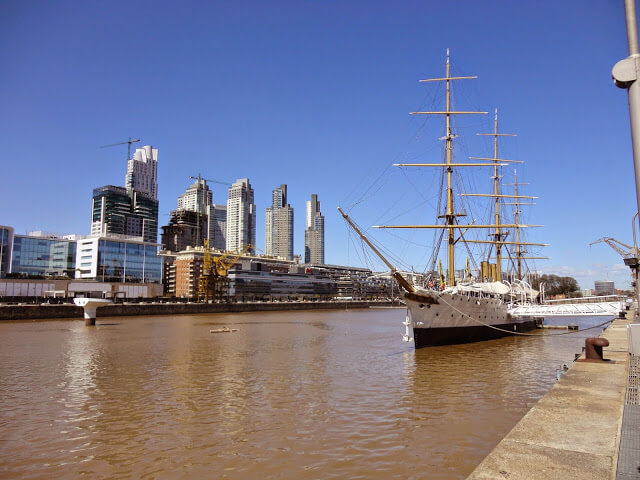 San Telmo Fair, traditional fair held every Sunday from 10am until 17 hours, It is famous for selling antiques and curiosities, the fair is located in the Plaza Dorrego, you know the show and then go to La Bombonera stadium and then to the Caminito, as we did. 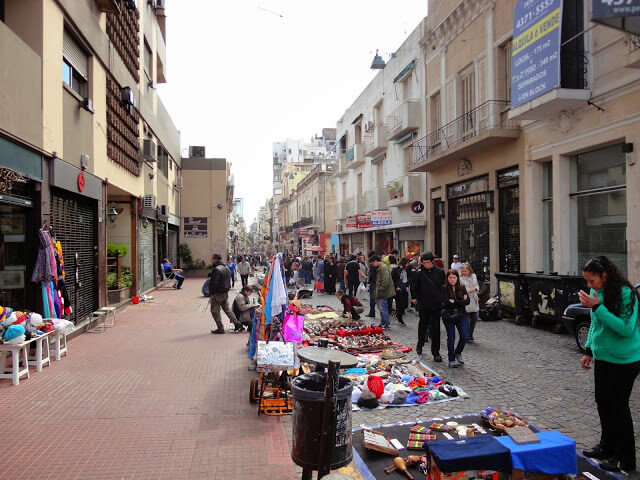 To have more inform what visit in Buenos Aires, see the blog Paths Take Me