Castle of Amboise and its furniture style Louis XV

O Amboise Castle It is located in the Loire Valley, France, in the city of Amboise, on the banks of the Loire River, an architectural gem of the eleventh century, with great importance in the history of France

The Castle was built next to the river Loire, for its important location, It was a strategic place in medieval times.

The Royal Castle of Amboise sits high on a promontory, with a height of 81 meters, It has some amazing panoramic views of the river from its towers. This castle was taken by the French monarchy in the fifteenth century, and from that time it was the favored royal residence and many reforms have been carried out for many years.

The castle was expanded many times and modernized over time, in 1434 It was conquered by Charles VII of France, after their former owners, Louis d'Amboise, Viscount Thours, foi condenado por conspirar contra o rei Luís XI e, sentenced to death 1431. But, the king forgave him, even having forgiven he was with the castle of Amboise. Already in the hands of the king, the castle became a favorite of French kings, XI Louis François I. another king, Carlos VIII, He decided to do a major renovation and expansion of the castle, It began in 1492, with a French Gothic style and then 1495, employing two Italian architects, who provided some of the first Renaissance decorative motifs seen in French architecture.

After the Italian War between the years 1494-1495, Charles led architects and Italian artisans to France to work in the castle and turned it into a palace known as, the first Italian palace in France. Charles died at Amboise Castle in 1498, after hitting his head on the door, a death a little strange. Before his death, he had finished the upper terrace, surrounded by latticework and pavilions.

In 1840 It was recognized as a historic monument by the Ministry of French Culture.

Louis XII his successor, He built a beautiful gallery around the terrace. The garden beds were recreated in the twentieth century as rectangles recorded lawns gravel and a grove of trees. 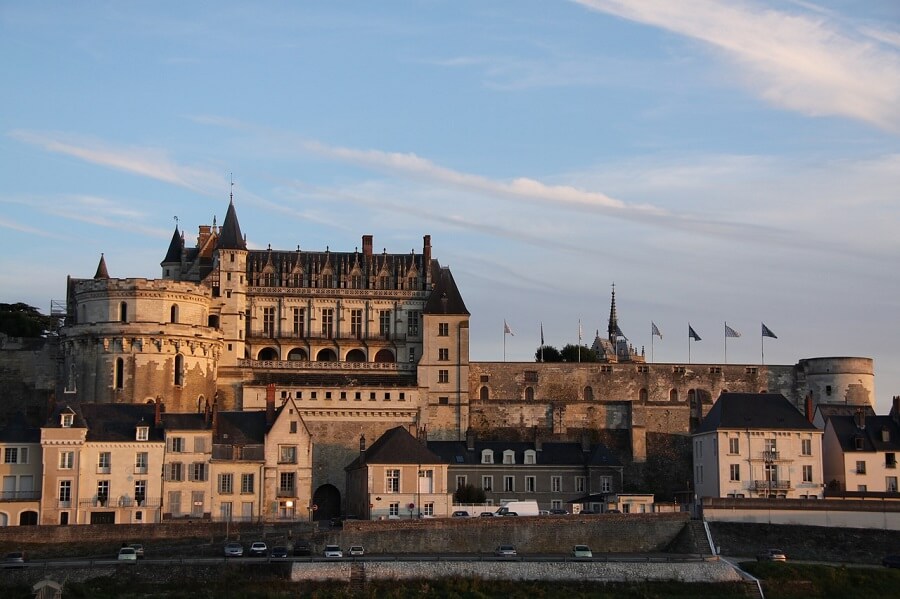 Nowadays Amboise Castle It is a museum that you can visit and get to know this wonder of the Middle Ages, inside the castle you can see how the kings and inhabitants of the castle lived, many mobile centuries are there, What impressed us most was a set of fifteenth-century furniture, em especial uma table Luis XV is Chair Louis XV, in honor of King Louis XV.

Visit the Amboise Castle is back in history, represented by the Gothic decoration of the chapel and towers. As they had many reconstructions, has the most modern part inspired by the Renaissance period, what, Among other things, It can be seen in the fact the castle is open to the outside, with a beautiful gallery on the ground floor and the first floor terrace transformed into gazebo, with a wonderful view of the Loire.

We love the castle and the region of France that charms everyone. The tickets to visit the castle can be purchased in advance at site Get Your Guide.

CategoryEurope What to do in France?