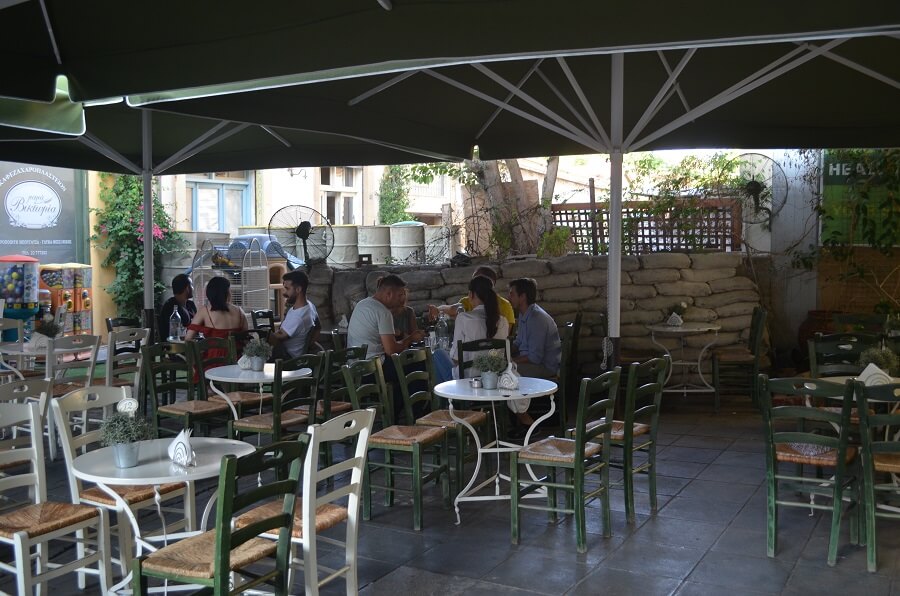 On a trip to Cyprus we discovered that the country is divided between Cyprus and Northern Cyprus, Cyprus is the recognized country, Northern Cyprus is only recognized by Turkey, which helped in this movement of separating the Island into two parts..

In the middle of this division is a demilitarized zone that stopped in time., ruined houses, abandoned hotels, a very different and strange thing, we had never seen an area like this, is very sad, this demilitarized zone is in the center of the country going from south coast to north coast, but the part with the most tension and the strongest, it's in the city of nicosia, the only capital in the world of two countries.

On the eastern side of the Mediterranean we find the island of Cyprus, a territory that has maintained its strategic character throughout history. Your double bridge situation, on the one hand between East and West, e, for another, between the continents of Europe, Africa e Asia, made it a point of historical conflict of geostrategic and territorial interests since antiquity. 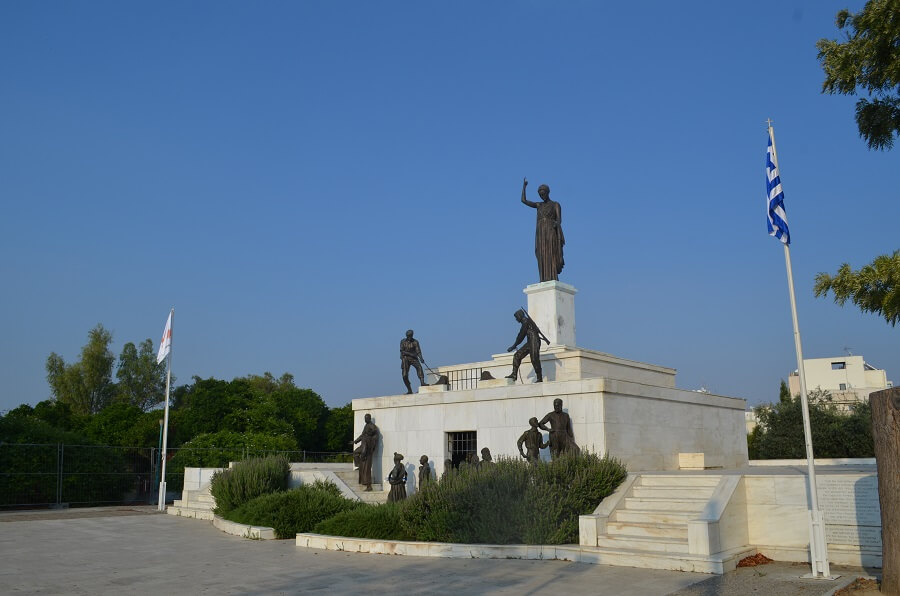 Under British rule from 1878, became a colony in 1914 (at the beginning of the First World War). From 1931, interest in the union of Cyprus began to grow and Greece, movement that grew in subsequent decades. With the collaboration of various political and social states, headed by Archbishop Makarios III, Cyprus achieved its independence from the UK in august of 1960.

But if there is a conflict that has lasted in time, is the one between greeks and turks, for issues such as political and military control of the area or the maritime boundaries between the two.

Although Cyprus is presented to us today as a single country, it's been split in two since 1983: a Turkish Republic of Northern Cyprus and the Republic of cyprus. in july 1974, a Turkey invaded the northern part of Cyprus, occupying 37% of the island territory, arguing on the need to protect the Turkish Cypriot population against a possible unification of Cyprus and Greece. This fact caused 150.000 Greek Cypriots had to leave the northern part of the island and that Greece renounced its claims on Cyprus.

In 1983 the Turkish government granted independence to this territory., forming the Turkish Republic of Northern Cyprus (RTNC), being recognized only by Turkey, while the UN and the governments of the countries that compose it support the sovereignty of the Republic of Cyprus, who is a member of the European Union (from May 2004) and has the euro as currency. Between the two is the so-called Green Zone or Demilitarized Zone controlled by troops from the United Nations Peacekeeping Force in Cyprus (UNFICYP), international body created in 1964 to ensure peace in the region.

Since then, Turkey has been maintaining different pressure movements in relation to Cyprus and its sovereignty. Taking advantage of relations with countries in the region, Turkey has sought the collaboration of different states to pressure Cyprus into the conflict, requesting the withdrawal of joint prospecting and cooperation plans between Lebanon and Egypt with Cyprus or trying to prevent any oil exploration in the south of the island. 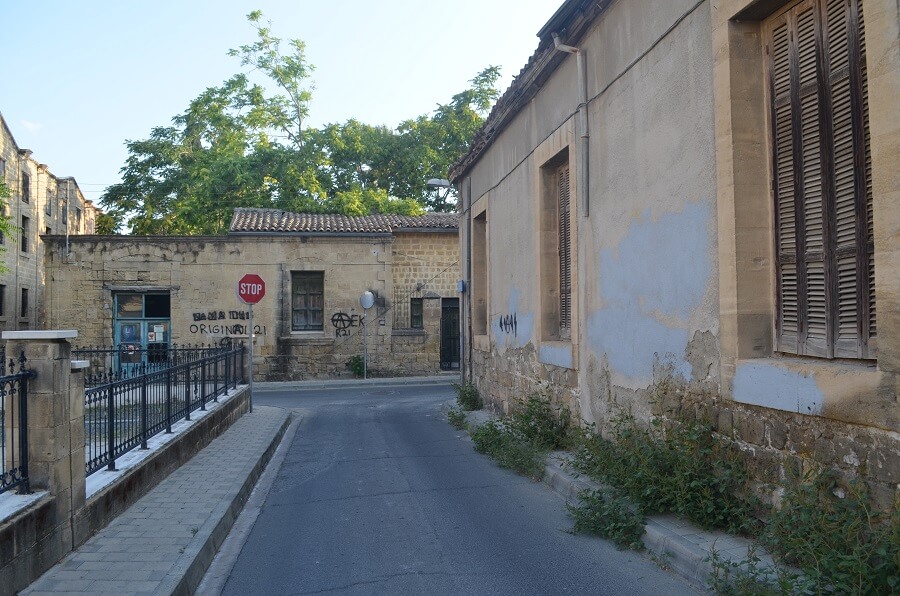 In 2003, the then UN Secretary General, Kofi Annan, proposed the so-called Annan Plan for the reunification of Cyprus, taking the Swiss model as an example of a possible solution, establishing a federation of two united states through the structure of a federal government. in april of that year, a referendum was held for both parties to approve the plan: while on the Turkish Cypriot side he was accepted by 65% of the population, more of 75% of the Greek Cypriots rejected him. Both the US and the EU tried to bring the two sides closer together., but the Greek Cypriots considered that the Turkish side would benefit from this agreement..

In 2015, negotiations resumed very positively and in July 2017 there was a new attempt at a peace process in Cyprus to put an end to this conflict that has been in force for more than 40 years. Despite the UN intervention as an intermediary, with its General Secretary António Guterres at the front, there was another failure. The negotiations involved six distinct areas with issues such as the design of new territorial boundaries, the balance of the economic situation, the security guarantees in a future state, etc.

The wealth of resources in the area and the geostrategic importance have marked the complexity of this confrontation, accentuated by the large number of actors who intervene in one way or another: Cyprus, Turkey, Greece, HIM-HER-IT, EU, UK, neighboring countries. The interests of both remain in conflict and the solution will depend on the capacity for dialogue and agreement they are willing to implement.. 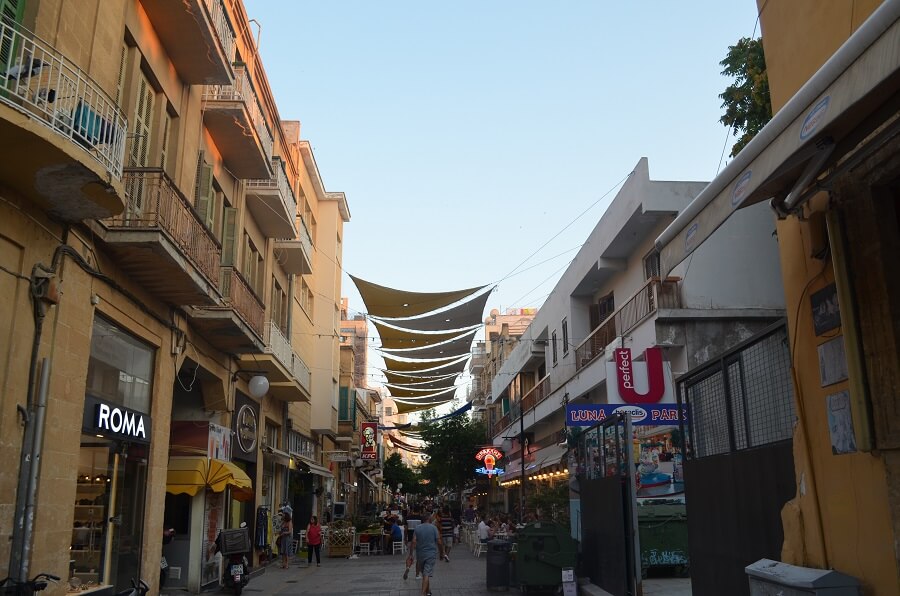 as I commented, the most visible part of this conflict is in the city of Nicosia, we stayed one day in the city which is very beautiful on both sides, but the Green Zone is the sad part with border controls, weapons, soldiers is an area frozen in time.

We've gone over to the Northern Cyprus side, we crossed the border and presented our passports, to go out and in, and then to leave and re-enter the part of Cyprus.

In North Cyprus we only know Nicosia, because it is very difficult to drive to the other side and the rental companies do not recommend, and from what we've seen the most beautiful beaches are on the Cyprus side, so we prefer not to risk.

One of the most famous places in Nicosia is a bar that at the end of it has barricades blocking the Demilitarized Zone.

It was a very different experience to go through a demilitarized zone, enter an unrecognized country, but the important thing is that there was no risk and, there hasn't been any military confrontation between the two sides lately. 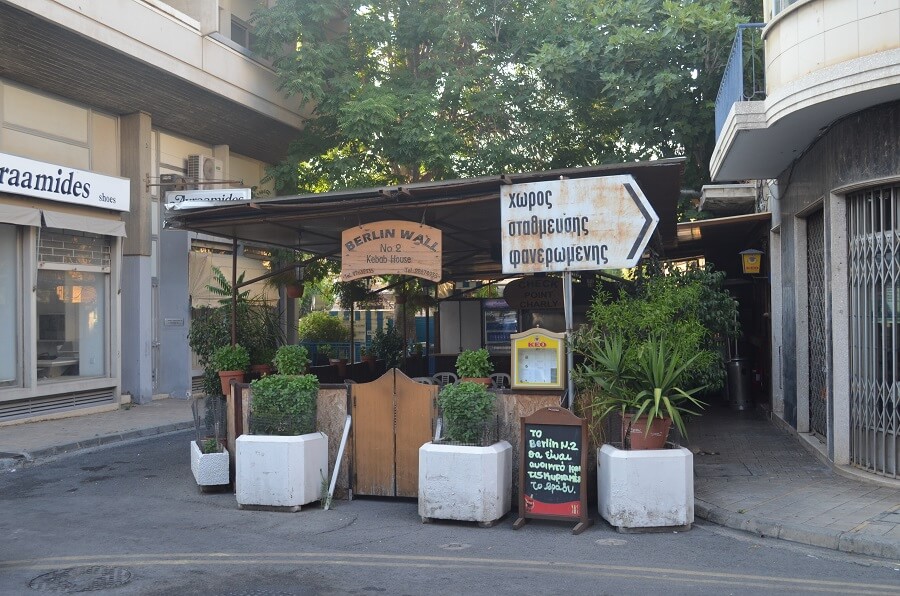 He feels like traveling after so many tips? The Blog TurMundial gives you even more tips to ease your travels: Want to book a hotel? Book hotels with great prices by Booking. Want to book an apartment, home, boat or even a tree house and still win 100 real in his first stay? Book all these and many other choices of places with great prices by Airbnb. Want to buy advance tickets for various attractions and tours without those huge queues? Buy Ticketbar Want to rent a car? Undoubtedly indicate the Rentcars.com it seeks the best cars and market values. You need to send or receive money to / from abroad, without paying those absurd charges of bank or exchange houses it Wise You want to avoid problems in the middle of his long-awaited trip? Hire a travel insurance with any of these companies Real Travel Insurance, or insurance Promo You want to avoid those sky-high mobile bills at the end of his international trip? And yet able to do, receive calls and use the internet? Buy an international phone chip with any of these companies: OMeuChip or with the or with the OBS: We emphasize that the responsibility for providing the services / sale and delivery of products, suppliers are described above.
CategoryEurope What to do in Cyprus?