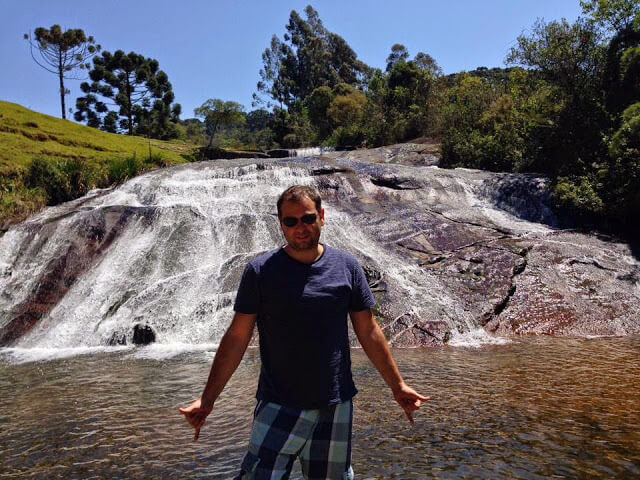 The town lies in the beautiful Serra da Mantiqueira, which are also found cities as São Bento do Sapucai and Campos do Jordao, there are beautiful lodges to relax and enjoy his wife(O), girlfriend (O). You'll also find tours to beautiful waterfalls and make tracks for the Oven Stone and the Stone Cross.

To get Gonçalves is easy, coming out of car São Paulo, Take the highway Ayrton Senna Dutra or up the road to Campos do Jordao, at the beginning of the saw head towards Santo Antonio do Pinhal and São Bento do Sapucai, before arriving in Sao Bento do Sapucai, you will see signs to go to the South of Minas Gerais and the city itself Gonçalves. Of Rio de Janeiro is only come by Dutra until the beginning of the mountain fields and follow what I described above. 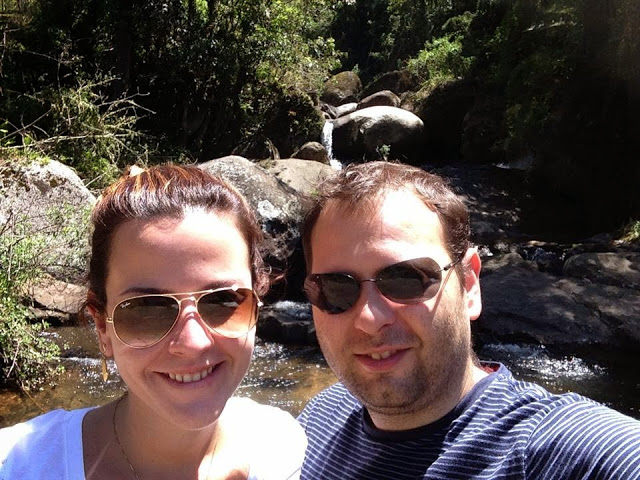 We stayed in the beautiful Pousada Toca da Onca, we had a certain difficulty to get the inn, which is 1,5 km from the center, despite having a good signage made a mistake not to see the sign indicating to turn left and ended up going straight, it happened because we got the night, with little clarity and this helped deceive ourselves… We walked many, many kilometers through other hostels, until right at the top of Sierra cell returned to work, We managed to call the inn and they thank God helped us get. 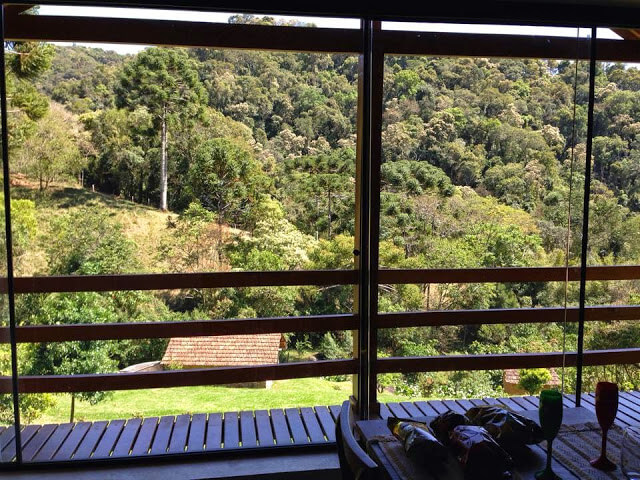 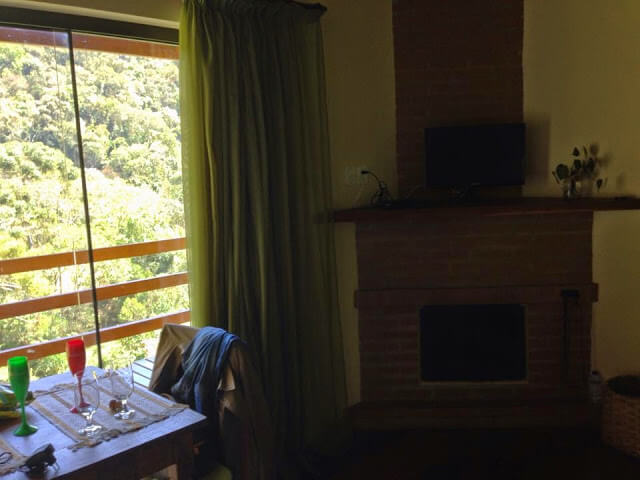 Speaking of the good things of the inn, she's in the middle of the mountains, All cabins have views to the mountains, with no visual pollution, only nature, is too. 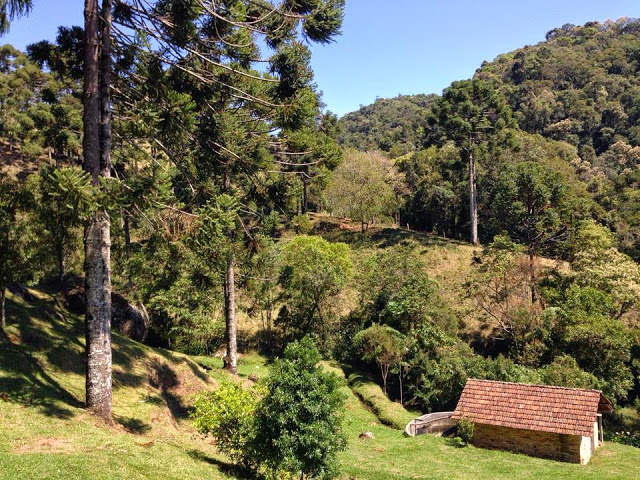 The cabins are beautiful we stayed in the black panther (each cottage has an animal name), tem wi fi, tv, veranda with hammock, dining table, a fireplace and a great bath, one of the largest and most comfortable we've stayed. 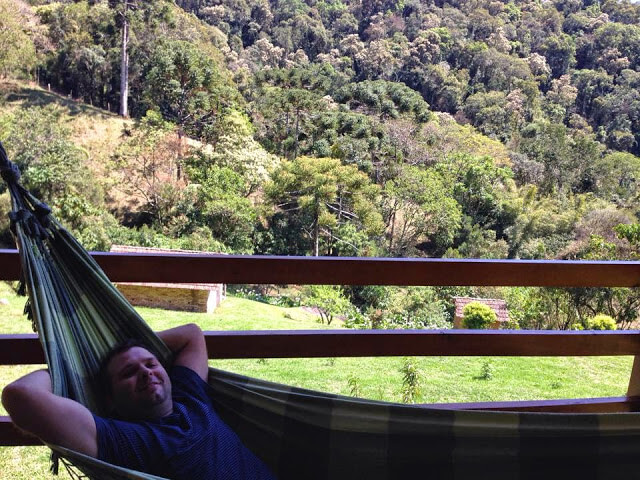 The owners are super kind and considerate.

In one day we asked to serve in the room a meat fondue, to enjoy the romantic atmosphere with a wonderful Comidinha, we learned that the meat was produced in the Pousada, where there was a part that they created some aminals.

In the breakfast, almost all products also done for them with ingredients produced in the inn, breads, cheese, juices, cakes, milk, yogurts, aiiii that hunger now gave, a delight, We love the foods that were served. 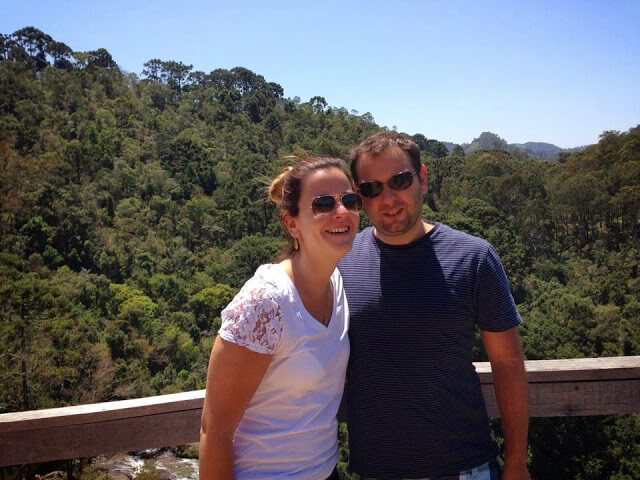 Gonçalves It has many waterfalls, but as there were many days (We arrived on Friday night and we left Sunday mid-afternoon), only went in Cachoeira do Cruzeiro.

A Waterfall Cruise, Rio formed by Capivari's flows over a beautiful stone inclined at 40 °, that forms a natural pool where you can swim (but notice that the water is freezing) and you can sunbathe on the part without water. Access is the connection between Gonçalves and Coasts. Despite being a little harder to get there, the waterfall is stunning, as it is on private property access is paid, on the way to the waterfall, We had no problem, We had to go through some pastures, some quiet trails, but in return we had to go again through the pastures, only this time to our surprise had several cows and oxen in the middle of the track, We had to go slowly so as not to scare the animals and they do not come our way, exciting lol. 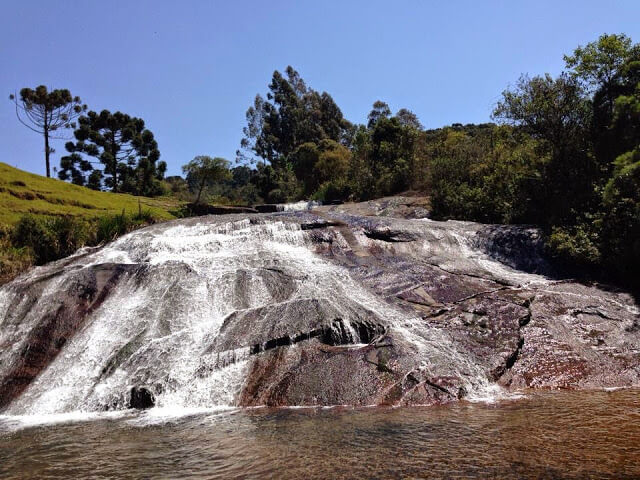 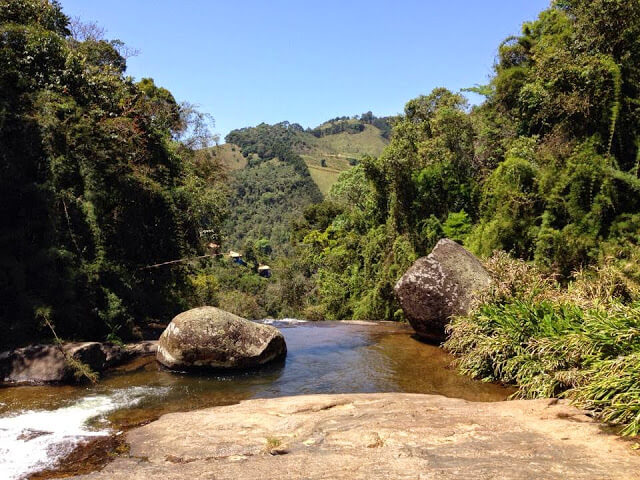 On Sunday as we wanted very much enjoy the inn and the tub, just not going out to lunch, We thought we would give to have lunch in the city later, around 4hs pm (time that we left the guesthouse), But they were all restaurants closing, we just find a restaurant with typical food of the region on the way back to São Paulo, already in Santo Antonio do Pinhal city, in a simple restaurant, but the food was great.

You want to treat your love? So take her or him to these romantic cities, this city indicated much and the hostel also.

He feels like traveling after so many tips? The Blog TurMundial gives you even more tips to ease your travels: Want to book a hotel? Book hotels with great prices by Booking. Want to book an apartment, home, boat or even a tree house and still win 100 real in his first stay? Book all these and many other choices of places with great prices by Airbnb. Want to buy advance tickets for various attractions and tours without those huge queues? Buy Ticketbar Want to rent a car? Undoubtedly indicate the Rentcars.com it seeks the best cars and market values. You need to send or receive money to / from abroad, without paying those absurd charges of bank or exchange houses it Wise You want to avoid problems in the middle of his long-awaited trip? Hire a travel insurance with any of these companies Real Travel Insurance, or insurance Promo You want to avoid those sky-high mobile bills at the end of his international trip? And yet able to do, receive calls and use the internet? Buy an international phone chip with any of these companies: OMeuChip or with the or with the OBS: We emphasize that the responsibility for providing the services / sale and delivery of products, suppliers are described above.
CategoryAmerica What to do in Brazil?
TagsAmerica America do Sul Brazil waterfalls Chalet with Fireplace and Bath Romantic Chalet Romantic city Romantic City Near Sao Paulo destination RBBV Gonçalves Minas Gerais Serra da Mantiqueira

Green Mount – Once the romantic