Coimbra the city famous for its university

Coimbra, in Portugal It is a very famous city for its university, the University of Coimbra, the oldest in Portugal, but the city is not only the university, also have other things to know, like the Roman aqueduct that passes inside the botanical garden, the city is also crossed by the Mondego river, that leaves more beautiful, It has a panoramic view from the patio of the schools, in the university complex, where you have the view of the city and the river.

We were in that city on a trip we did a North script south of Portugal, We started by Port and went to the region of the Algarve beaches, Coimbra spent only one morning there, We arrived early from Puerto stayed in the city for a 2 hours, a good time to explore the city superficially, because if you want to know better, it would be better to stay all day but without sleeping there.

We were only this time because we plan to meet some cities of Porto and Lisbon, plus Coimbra, We stopped at Fatima to go to the shrine, monasteries in the cities of Batalha and Alcobaça, in Nazareth to visit the beach of giant waves and Obidos a beautiful medieval town. 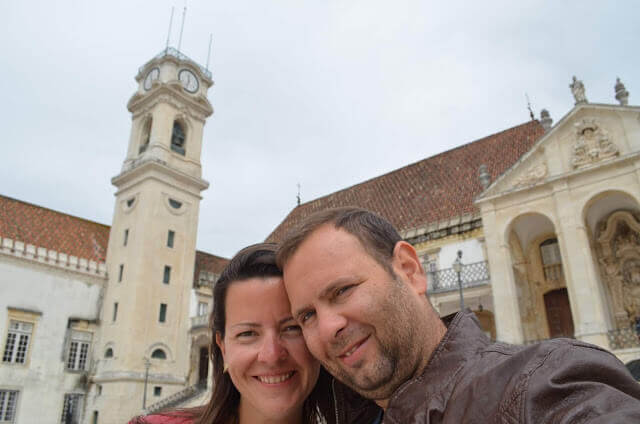 Continuing, we arrived in Coimbra very early, It is only 122km from Porto and Coimbra, we were doing the trip with a rental car, We stopped the car very close to the University of Coimbra, an important tip, in Europe almost every town has blue zone in almost all parts of the cities, so stay tuned and put the coins in the parking meters with the amount of hours you will be parked and place the ticket out of the parking meter on the dashboard of your car clearly visible. 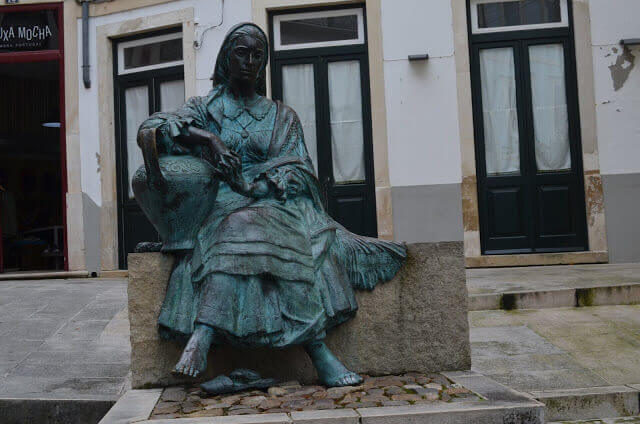 Things to Do in Coimbra and what are its main tourist attractions?

After leaving the car started our walking tour of the university complex, there has many buildings, museums and churches to know how the Science Museum of the University of Coimbra. 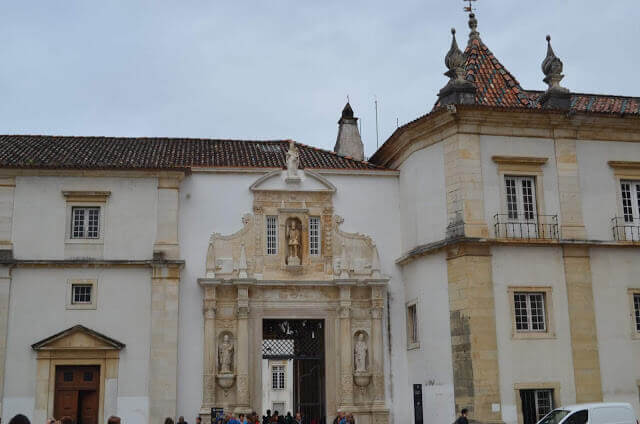 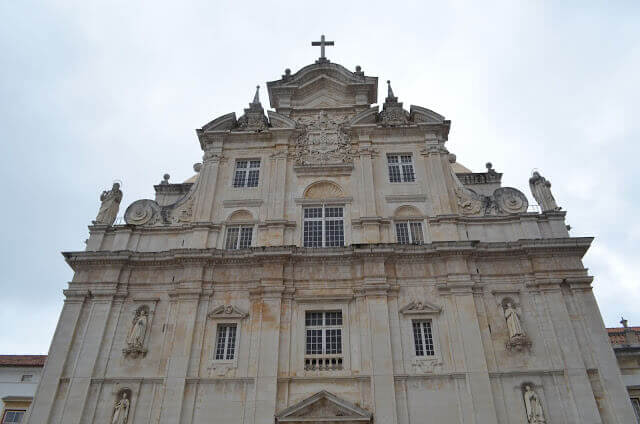 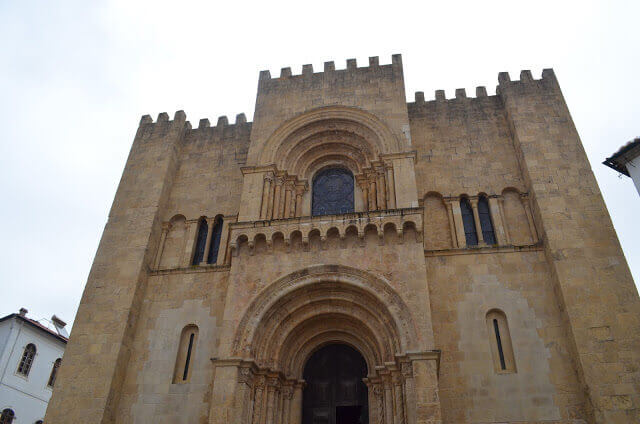 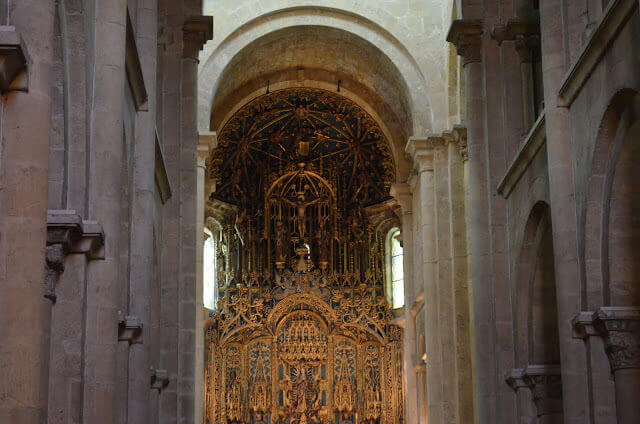 There also has National Museum Machado de Castro, only we spent the facade of the building, not visited the museum, we can not say if it's good to visit.

Other interesting buildings to know is the School of Medicine. 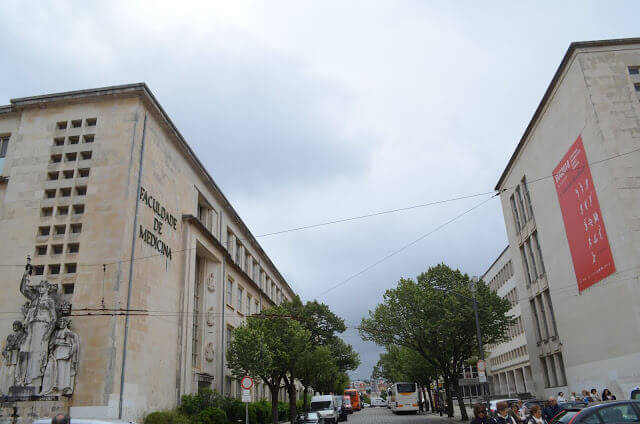 O Schools Patio It is like one of those squares in Europe with beautiful buildings around, only that there are the buildings of each faculty, those who study or have studied at a university like this should be awesome, with so much history. Also the courtyard has the most beautiful view of the city, for there is one of the highest points of the city. 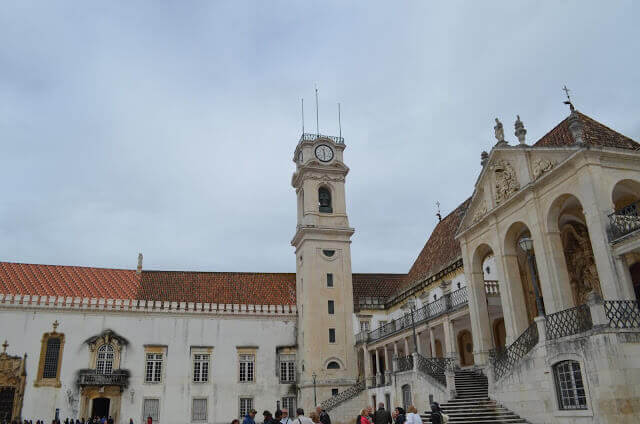 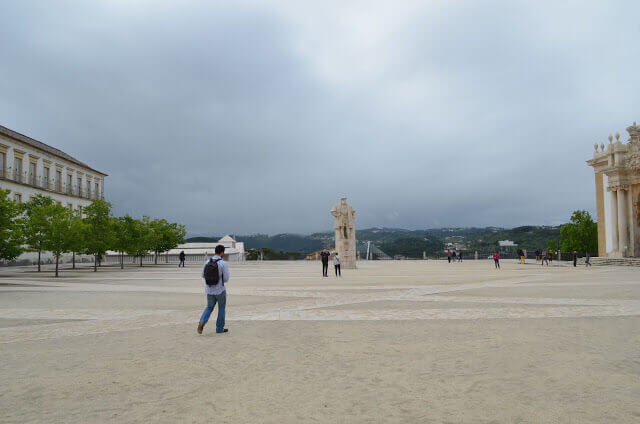 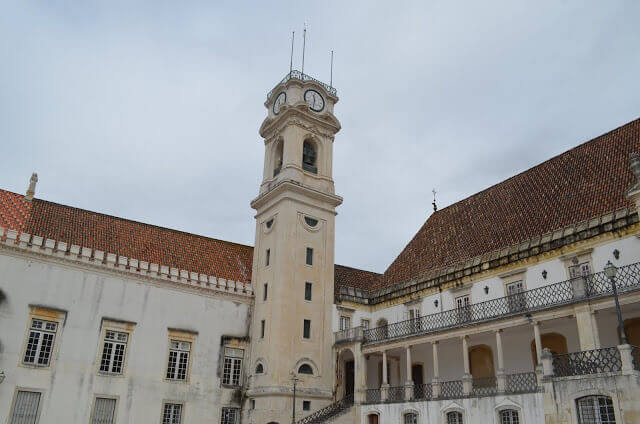 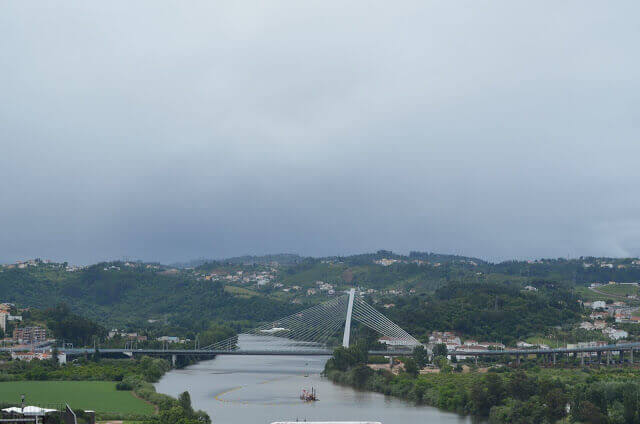 This part of town has two towers, a Wall of the tower and the Anto Tower, for there was once a Roman city and many buildings have ruined this time underground. 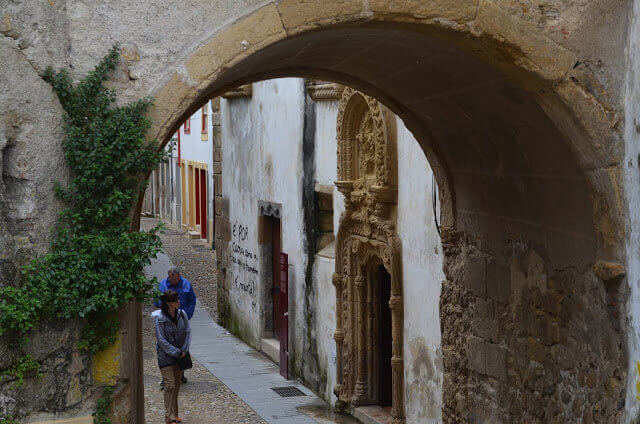 After strolling around the complex of the University of Coimbra, we went to the old city center and strolled up the Rua Ferreira Borges, a street with many shops and beautiful. 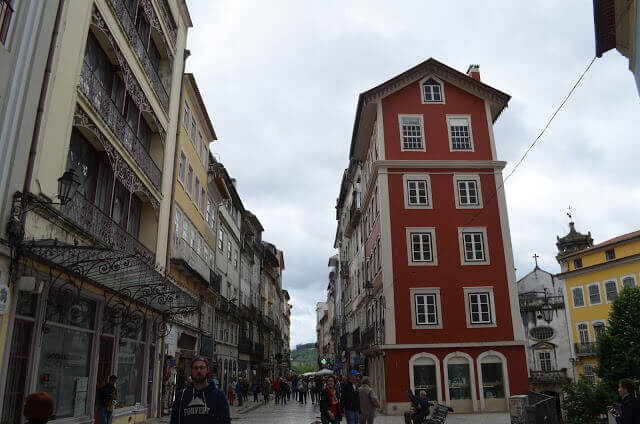 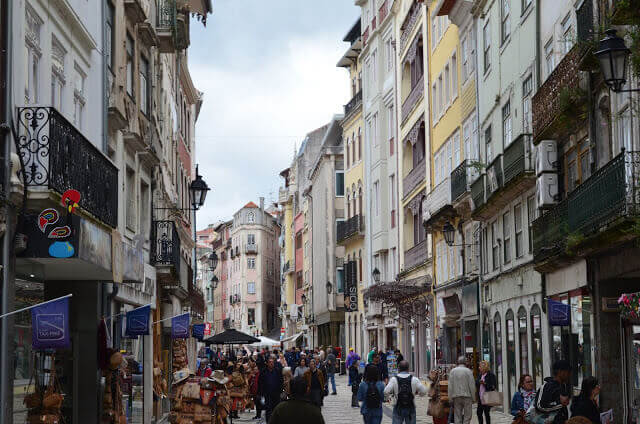 At the end of the street we got on the banks of Mondego river before we had seen from the top of the Schools Patio. 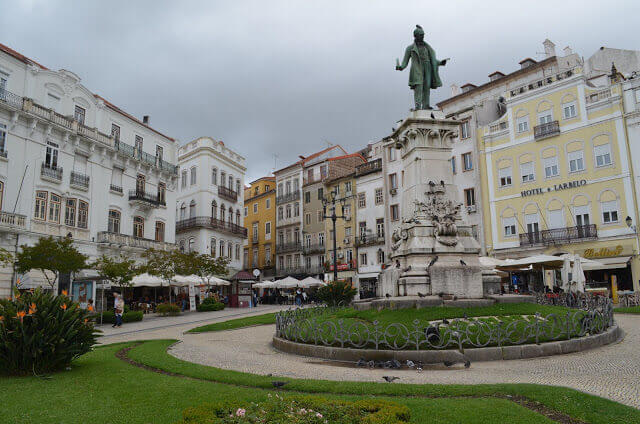 I was in time to get back to the car and go to the next stop, but before leaving the city, Now the car, We passed and stopped to see the incredible Aqueduct of San Sebastian carrying water to the upper town, where today is the University of Coimbra, the aqueduct is from the Roman era and is very well preserved, in Portugal we find many well-preserved aqueducts, the Coimbra is one of them. 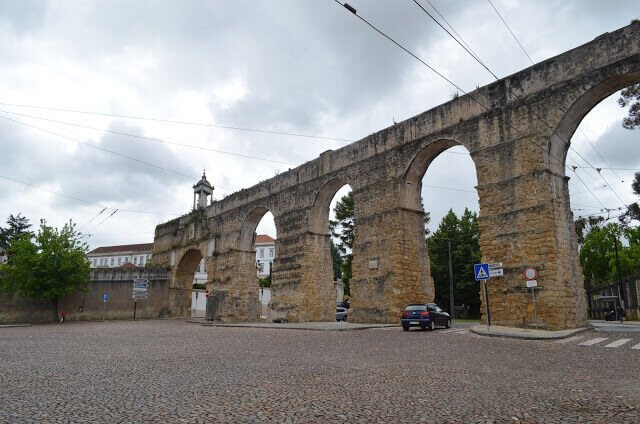 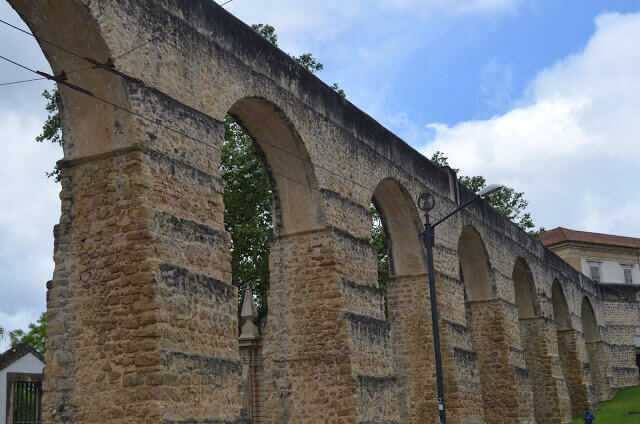 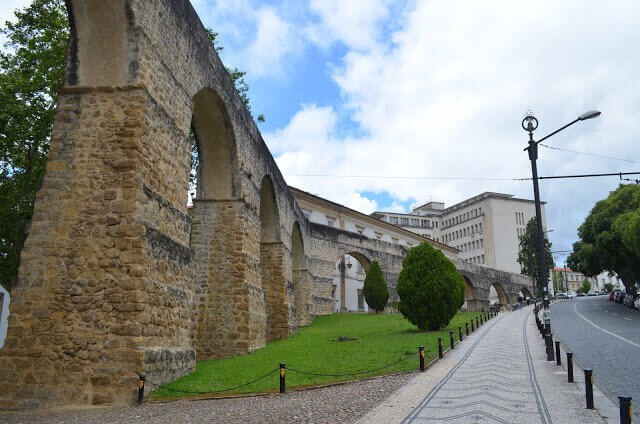 A part of Botanical Garden It is near the aqueduct, which is a must even if not so famous and known, deserves a stop. 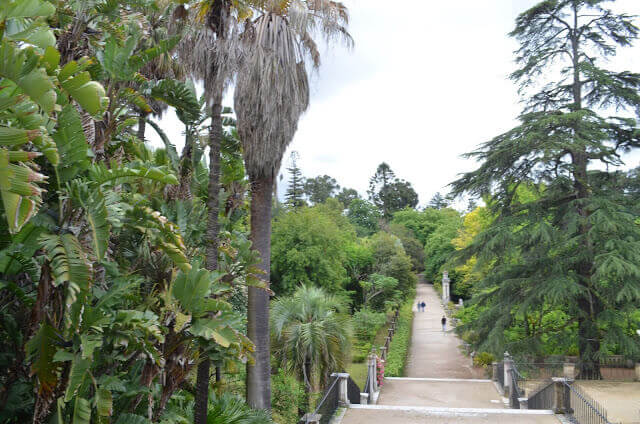 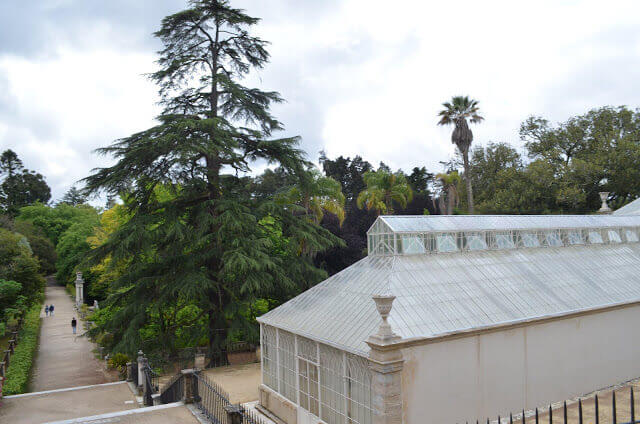 Speaking at next stop, the city of Fatima with his immense, famous and imposing sanctuary waited in. Follow our next posts, We will talk about it.