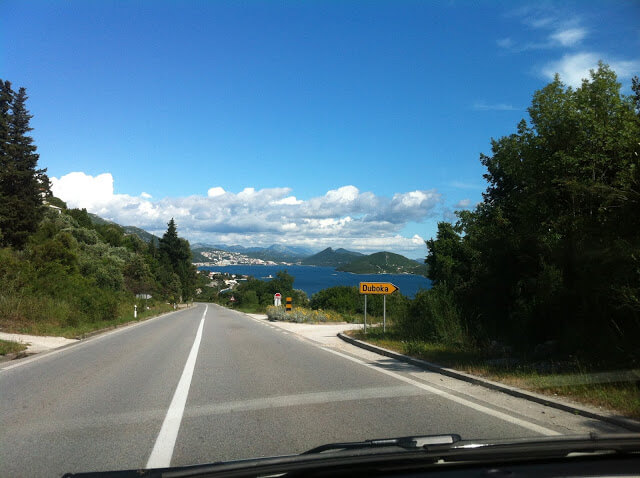 Tips for those who will drive on European roads

In this post we will explain one bit on the roads of Europe and how they travel through.

Coming back to the European roads, we already drove the car northern Ireland, Ireland, Spain, Croatia, France and Andorra.

In Ireland and Northern Ireland has the famous English hand, that goes on the side opposed to how we used to drive in Brazil.

Driving in the English hand, is an adventure have to be paying close attention, especially when it is in cities, when you need to turn right, make a roundabout, but having close attention will not be a big problem, We traveled more than 2,000km and did not happen no problem. One thing that was strange was when we were in Ireland the speed limit is in kilometers per hour,(equal to Brazil) but in Northern Ireland is Miles, and the car was in kilometers, then these times have to think what is the speed limit making accounts, make a mess, but you have to know 1 Mile is equivalent to 1.6km.

No need to mention that the roads were excellent, as well as in almost 100% give Europe, are few bumpy roads, only when it is a road far inland and with little movement, however they are not road 4 or 5 clues as exists in São Paulo, Here the vast majority are single or double track, only the major highways calls may have 3 or 4 lanes.

On speed limits, each country or road, will have its limit, only on some roads Germany It has no speed limit, but in this case, whatever happens will be your responsibility.

Toll this is a very dangerous issue for those who have never driven here, as there are several types of tolls, Ireland has the M50 road toll you spend with the car for them and the license plate is marked by radar, without you knowing, We found it unintentionally because we asked for the car rental, because a friend of ours had commented, and to pay, you should go to the next station able to receive this money from the toll, or pay for internet, if you do not pay, car rental, which you rented your car, besides you charge the toll amount can give you an administrative fine and the value will be fine salt. So always ask when you're there and they will guide you, some rental companies have type nonstop from Sao Paulo, and not have to pay.

There are also tolls that only accept coins, or only accept card, it's almost 100% of them will have an attendant to help you or to charge the amount, so before arriving at the toll see what the best option for you.

Another fairly common toll model, It is the toll that will give you a role in the first toll you pass and you must return this paper next toll, this machine will record how many kilometers you walked on the road and charge you only those km is the fairest way of charging, be careful with this role, do not tear or throw it away, a friend of ours did it in Italy, and gave the biggest roller to pay the toll.

Very important, one of the different traffic signals of Brazil here in Europe is the board : No entry, is not cut arrow, It is a trait of the middle plate, see some differences below:

Another important thing is that in every city and almost all are the blue zone (they call other names), so whenever stop see where the machine to pay for the blue zone, Here is all electronic, You do not have a person or newsstand selling the role of the blue zone, machine will always be to pay with coins, in some countries during the weekend is free to pay the blue zone, but it is good to always inform not to be surprised by a fine or your car being towed (here most of the time instead of squealing they block the wheel and release you have to pay a fine salt in time for them.

The parking lots in big cities are very expensive, for example here in Barcelona normally private parking lots are on average 30 Euro per day, the street is much cheaper, then see if your hotel has parking, if you have not put in their travel costs such payments.

In many cities, You can not enter the car in the center, or are too small streets that you can not enter, once in Croatia in the city of Split, We entered a street that suddenly the car was nothing more because of the street size, and had to go back in reverse with a 5cms each side of the car, almost died of heart, and people looking ugly for us, so be careful where you will go.

Car rental, here are several rental agencies and websites that record prices as skyscanner cars is like a decolar.com (travel search site). A new option that is very cheap are the new companies, where you can rent other people's cars, would rent between particular type Airbnb (that does it for rental homes and apartments), companies that have this system and are the most popular here are the Drivy and SocialCar.

These were our tips, if you have any questions please contact us, leave a message in the comments below.

He feels like traveling after so many tips? The Blog TurMundial gives you even more tips to ease your travels: Want to book a hotel? Book hotels with great prices by Booking. Want to book an apartment, home, boat or even a tree house and still win 100 real in his first stay? Book all these and many other choices of places with great prices by Airbnb. Want to buy advance tickets for various attractions and tours without those huge queues? Buy Ticketbar Want to rent a car? Undoubtedly indicate the Rentcars.com it seeks the best cars and market values. You need to send or receive money to / from abroad, without paying those absurd charges of bank or exchange houses it Wise You want to avoid problems in the middle of his long-awaited trip? Hire a travel insurance with any of these companies Real Travel Insurance, or insurance Promo You want to avoid those sky-high mobile bills at the end of his international trip? And yet able to do, receive calls and use the internet? Buy an international phone chip with any of these companies: OMeuChip or with the or with the OBS: We emphasize that the responsibility for providing the services / sale and delivery of products, suppliers are described above.
CategoryTravel tips Europe
Tagsrent Auto tracks cars Digirir Driving in Europe roads Europe English hand Toll Track plates

What is this drink called Cava?