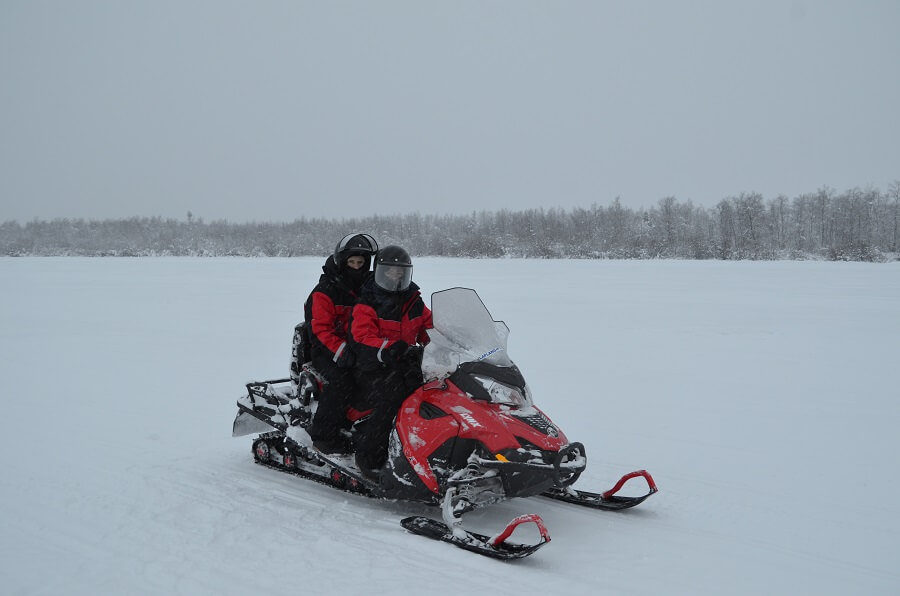 Driving a snowmobile in Lapland Finland

Driving a motorcycle snow by frozen rivers and lakes in Lapland Finland, We had never thinking of doing something, but in our planning for the trip by Finland we saw that this tour was one of the main tourist attractions in Ivalo, so we decided to do.

We had already seen a snowmobile tours in some ski resorts in Spain (Panticosa) is yes France (Font Romeu) since then we started thinking about making a day and this year we. 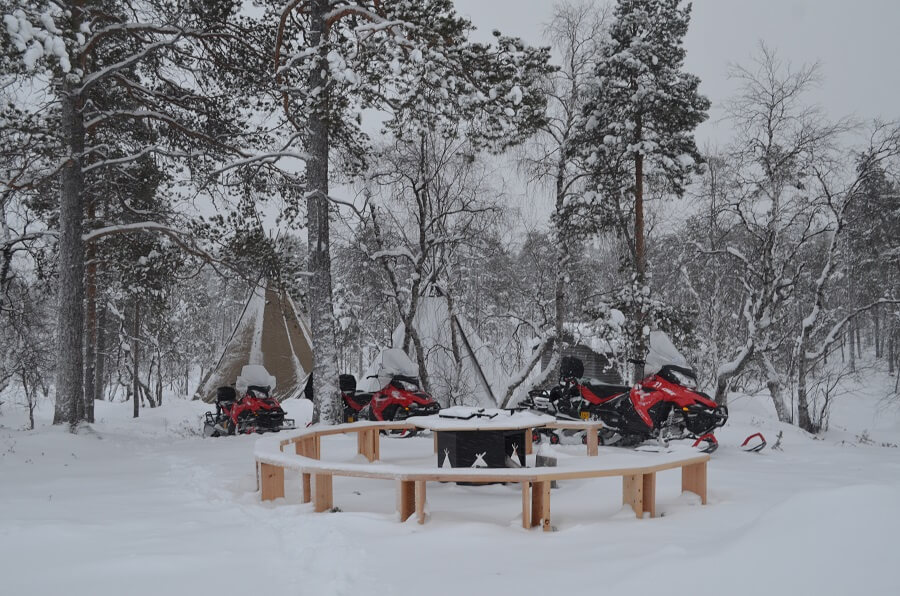 We decided to go to Ivalo the northern end of Finland, in the region known as Lapland, see Aurora Borealis, we had tried to see the Iceland, but we had no luck, Ivalo until we saw only very weak, only so much that was captured by the camera, But that's a topic for another post. As the Aurora Borealis can only be seen at night, during the day we went after things to do and decided to do two tours, one was a snowmobile or Snowmobile (in English) and the other was the Ice Fishing it is the fishery on a frozen lake, one that has to make a hole in the ice equal to the design of the woodpecker lol. 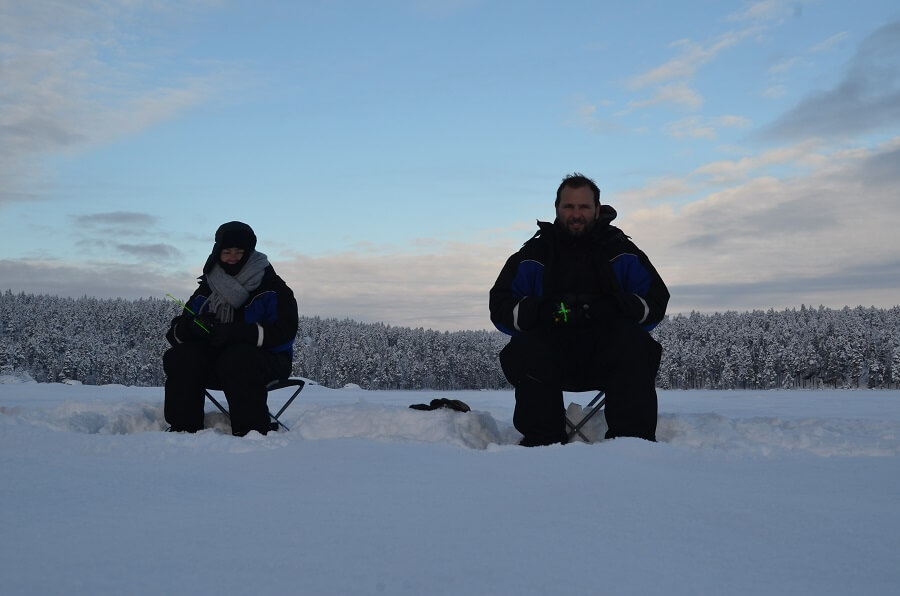 The snowmobile ride we did with the company Ivalo Safaris, We love their service and super recommend, the ride lasts 5 hours, and includes lunch in a hut on the shores of Lake Inari, complete clothes not to go cold, they offer snow clothes, boots, gloves, cap and helmet and teaching how to drive snowmobile it is easy to drive, you just need to have a valid category B CNH.

The agency's staff took us in the hotel we were staying in the Ivalo Näverniemi Holiday Center, one of the best hotels in the area and one that you could see the Aurora Borealis, they are facing the river Ivalo, are 2km from the city center, but back to the tour, they take you first to change clothes and then already took the snowmobiles that are on the frozen river. 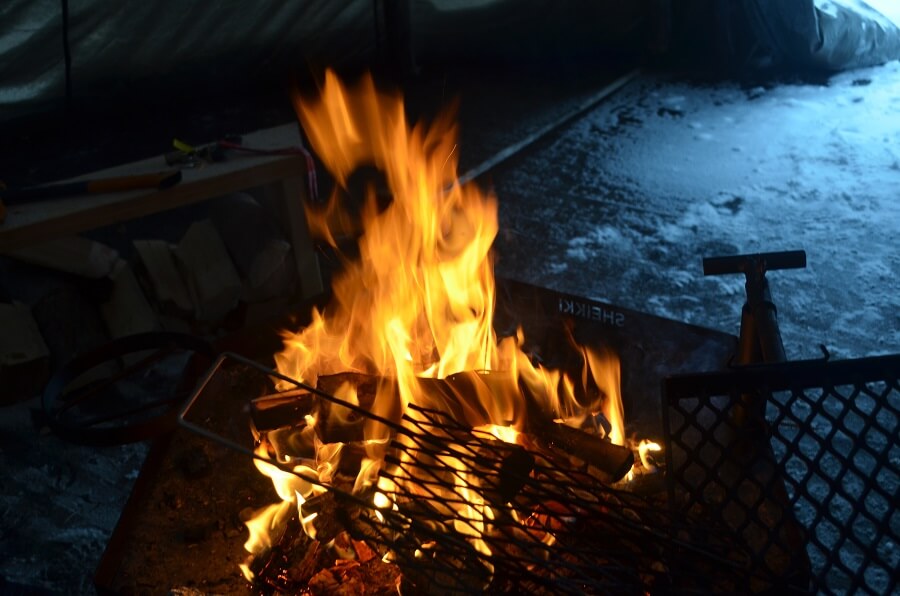 The tour was fantastic, the snowmobile is very enjoyable to drive, It is like a quad bike only on snow and skis instead of wheels lol, We drove over 3 hours, 1 hour and a half to go to the cabin where we had lunch and more 1 hour and a half to return, you can rent a snowmobile for two people or one for each person, we took 1 bike for two people, because Pri thought might have fear of driving, but she ran a much loved and, I ended up driving a little more.

The tour is the route by the river Ivalo and then by the lake Inari, the two are frozen from November to April. 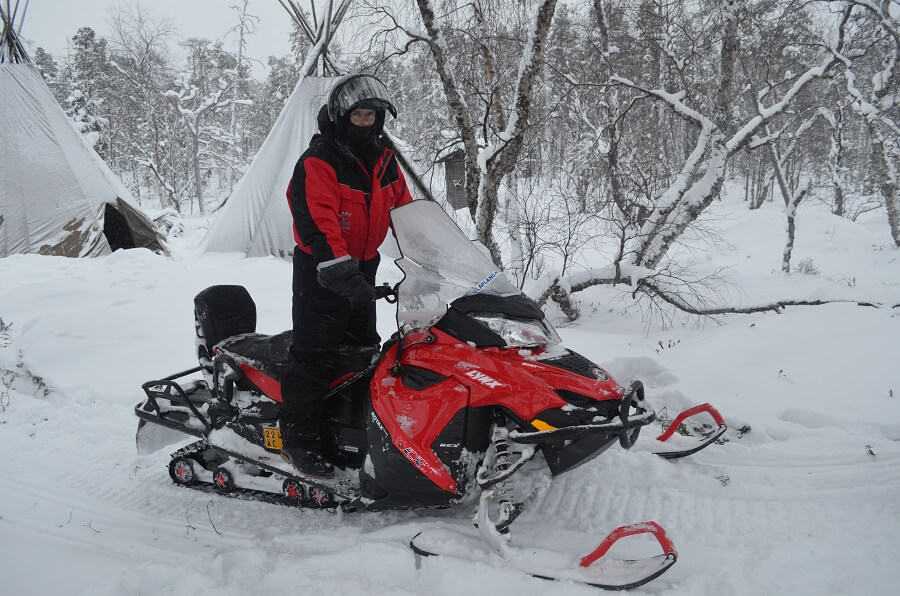 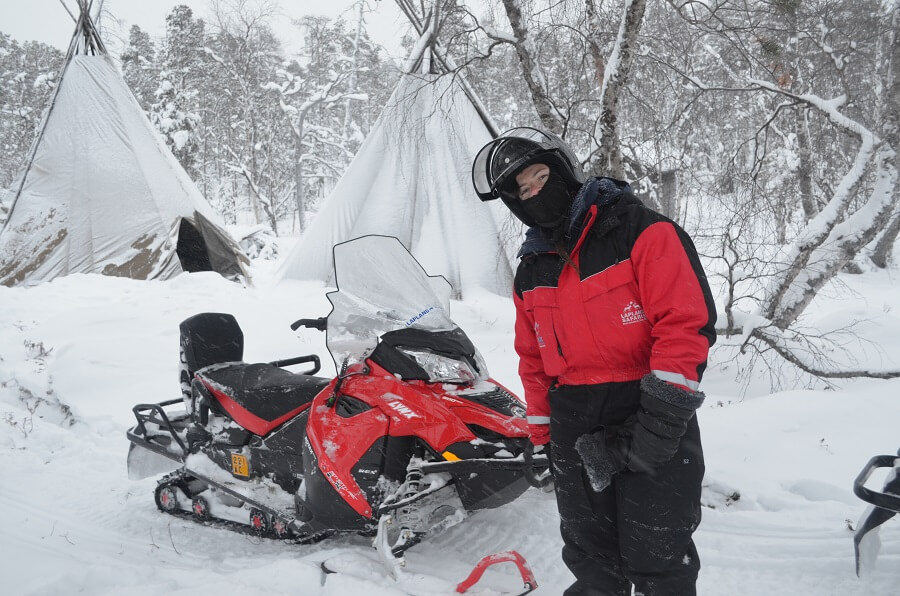 In addition to the tour we have been wonderful lunch was also, a delicious soup with vegetables and reindeer meat, which is one of the dishes of Finland.

If you never thought of driving a snowmobile, should think again, it is very fun and cool, We love.

He feels like traveling after so many tips? The Blog TurMundial gives you even more tips to ease your travels: Want to book a hotel? Book hotels with great prices by Booking. Want to book an apartment, home, boat or even a tree house and still win 100 real in his first stay? Book all these and many other choices of places with great prices by Airbnb. Want to buy advance tickets for various attractions and tours without those huge queues? Buy Ticketbar Want to rent a car? Undoubtedly indicate the Rentcars.com it seeks the best cars and market values. You need to send or receive money to / from abroad, without paying those absurd charges of bank or exchange houses it Wise You want to avoid problems in the middle of his long-awaited trip? Hire a travel insurance with any of these companies Real Travel Insurance, or insurance Promo You want to avoid those sky-high mobile bills at the end of his international trip? And yet able to do, receive calls and use the internet? Buy an international phone chip with any of these companies: OMeuChip or with the or with the OBS: We emphasize that the responsibility for providing the services / sale and delivery of products, suppliers are described above.
CategoryEurope What to do in Finland?
Tagsdestination RBBV Europe Finland Inari Ivalo Ivalo Safaris Laponia Lapland Snow Moto Frozen river Snowmobile