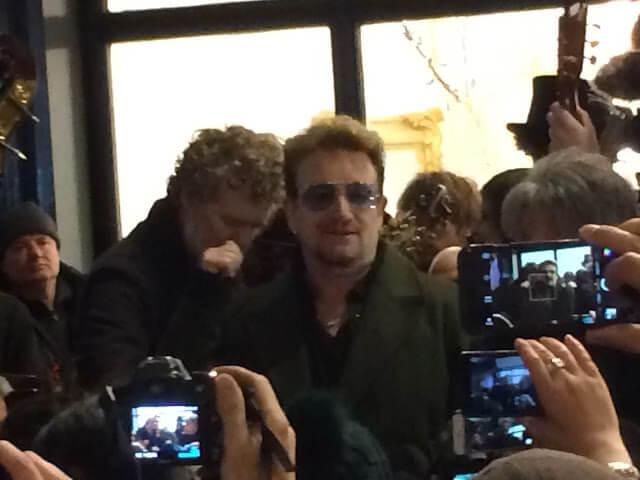 Since we arrived in Dublin to live, Bono Vox knew or , U2 singer plays all year on the street, more precisely in Grafton Street and always on Christmas week, between the days 22 e 24.

Near these days were an eye on facebook, to see if he had any more precise information that would be day and what time.

The days 22 e 23 They passed and nothing Bono singing on the street, You would only have the option of day 24, we have seen in some groups that he would sing ace 20hs, or to 17hs to 19hs rsrsrs, the guys just speculating.

We decided to go to Grafton Street after lunch near the 16hs we were there, They had several people singing, choir singing also had, only near the Disney store, there were Irish singers and audience a little higher than in other attractions, so we decided to stay over there even for a while, to see if all of a sudden would be the place he would sing. 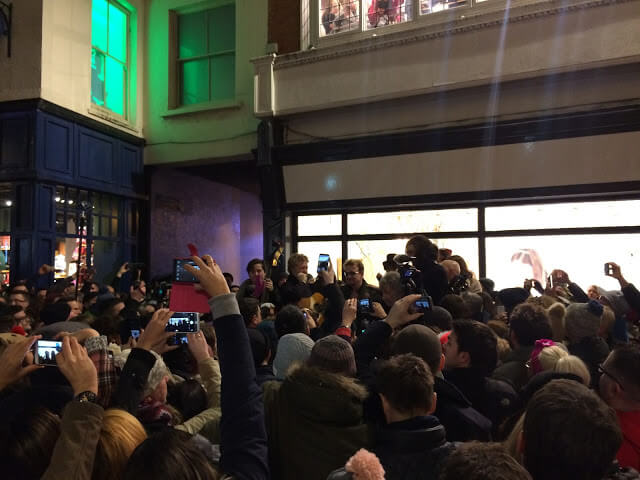 The musicians who were there, They started playing a very small stage set up at that time and the number of people only added, it was at this time that we think it really sing here.

He spent a few more minutes and between songs being played, already heard about the Bono sing in a few minutes and said and done, the guy came out of nowhere, around 17h.

The audience was super quiet, everyone respecting and Bono gave hi to guys and began to sing three songs were, It was very cool and different, a dream come true, that we had gone to the U2 concert here in Dublin in November.

Here are the videos we recorded.

He feels like traveling after so many tips? The Blog TurMundial gives you even more tips to ease your travels: Want to book a hotel? Book hotels with great prices by Booking. Want to book an apartment, home, boat or even a tree house and still win 100 real in his first stay? Book all these and many other choices of places with great prices by Airbnb. Want to buy advance tickets for various attractions and tours without those huge queues? Buy Ticketbar Want to rent a car? Undoubtedly indicate the Rentcars.com it seeks the best cars and market values. You need to send or receive money to / from abroad, without paying those absurd charges of bank or exchange houses it Wise You want to avoid problems in the middle of his long-awaited trip? Hire a travel insurance with any of these companies Real Travel Insurance, or insurance Promo You want to avoid those sky-high mobile bills at the end of his international trip? And yet able to do, receive calls and use the internet? Buy an international phone chip with any of these companies: OMeuChip or with the or with the OBS: We emphasize that the responsibility for providing the services / sale and delivery of products, suppliers are described above.
CategoryEurope What to do in Ireland?
TagsBono Bono sings the streets at Christmas Bono Vox Dublin Europe Grafton Street Ireland U2 vocalist