Dubrovnik - Croatia, the most beautiful medieval city we've ever been!!!

The old city is surrounded by a huge wall, It is small and where is located the main attractions of the city, many restaurants, bars and shops. In this part there are few hotels, there is not much space for construction. Most famous chains, They are outside the wall. We stayed in a hotel apartment within the walls. 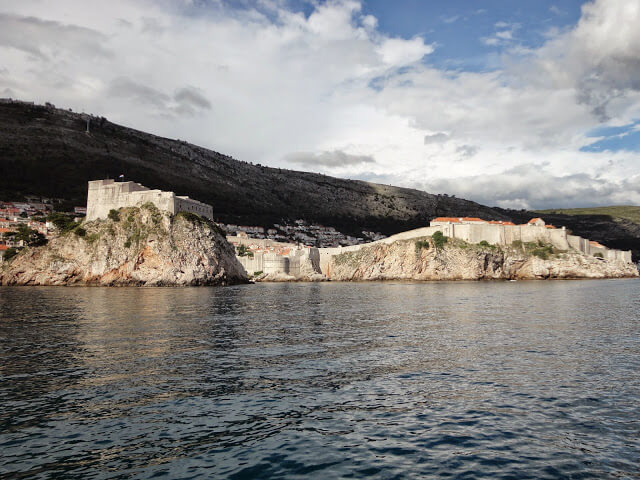 Its foundation was in the seventh century, when it was still called Ragusa. The city was invaded by various people, it was an important port for the region. 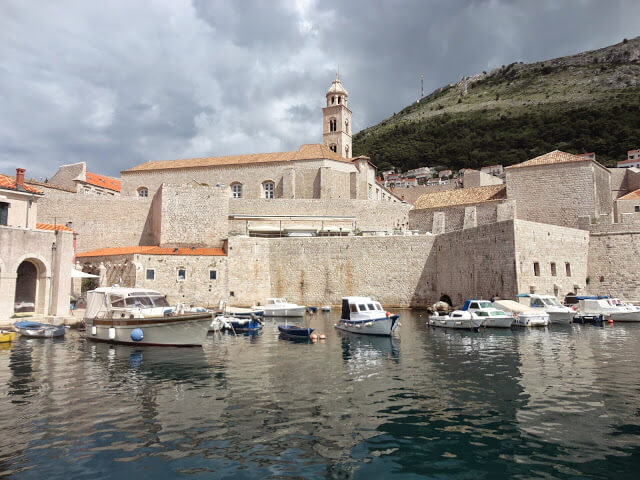 Getting Dubrovnik
There are several options to get to Dubrovnik:

By airplane, the city has a great airport, but we do not know;

By ship, coming from Italy, Own Croatian coast or elsewhere, including by cruise ships;By train, it's not possible. Despite being in Europe Croatia It has very few train lines, only near the capital that is further explored;

By bus, both from Zagreb and in other cities such as Split, Zadar, But the capital to the city will be 14 hours by bus!! (before going that way, but thankfully we changed his mind)

By car, you can rent a car the capital of Croatia (Zagreb) and down to the coast, that was the option we did, (At first ,I was scared and Chris who convinced me thank God!! For really paid mega and pen, it is very peaceful and beautiful) the road is amazing, super easy to reach and well signposted. You can stop at other places like in Plitvice National Park (super recommend and will have a post only on him) and the city of Split, You are also entitled to a post on it alone, or even on the coast of Bosnia and Herzegovina, because to get to Dubrovnik you cross 10 km from their coast (beautiful too); 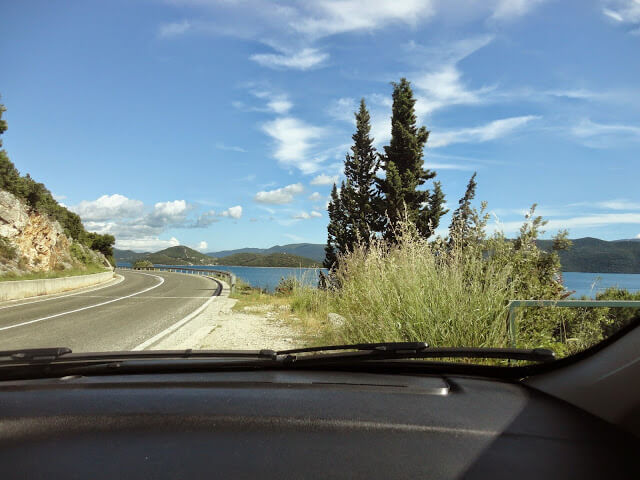 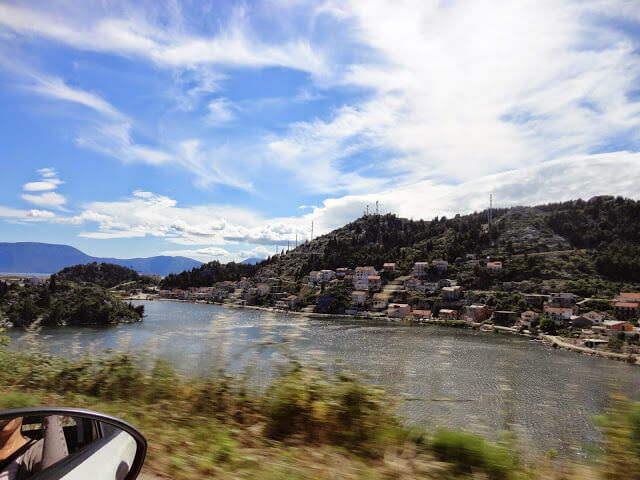 Where to stay Dubronvik
we 3 days not Old Town City Center Apartments, reserve by site booking.com (always we reserve our hotels there) it is within the old city, It is a very small hotel, must have 10 a 15 bedrooms, great location, great price, the only problem is for those who are with many bags, it has many stairs in the old town,cars do not reach there and the hotel has no elevator, We stayed on the 4th floor and suffered sooo to load the bags (Chris huh), we were with clothing for a trip 30 days (until this time was pretty cool and took not so much , but Chris did not find it, for a change)!!Oh and it is important to know, this hotel is like a home, but it is not a hostel, each room has its privacy, your bathroom, but you do not get the time you want, so that by the time we arrived the hotel door was closed, we really weird, because we had never spent so, we thought until we had the wrong hotel or worse, there left wondering restaurants some stairs and found the owner of the hotel in a restaurant called Ragusa which belongs to it as well (We ate there after, very good), phew what a relief to find it, she received the, He showed us our room and gave us a key entry and then yes we had free access to the hotel. To leave the hotel, as we left early in the morning we leave the key under the doormat, the request of the owner of the hotel lol, and all there is thus the confidence of the base, it's great, you feel much safer. 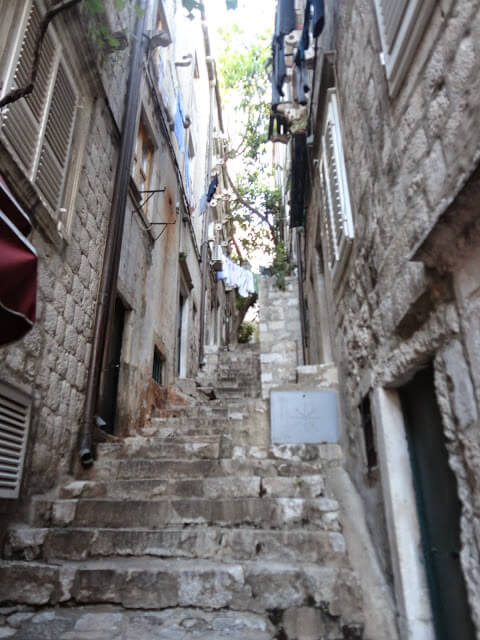 What to Eat in Dubrovnik
As the city is located on the coast, It has many restaurants with food to seafood base, but being very close to the coast of Italy there are also many restaurants Italian, but as we love seafood , We prefer the first option always!! 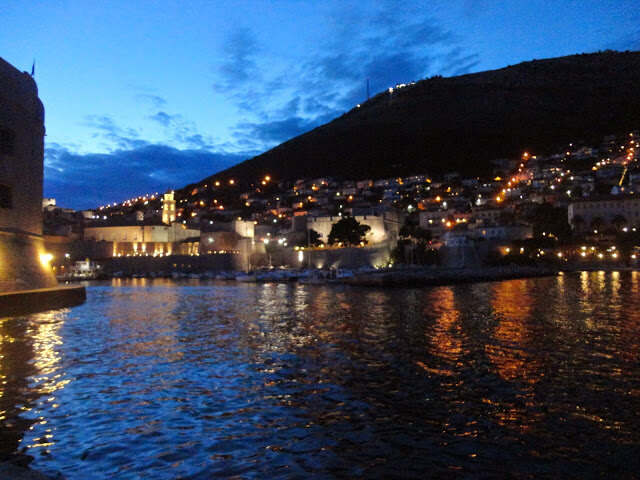 Shopping
Nothing very interesting. Maybe some souvenirs for family, but we do not take anything… 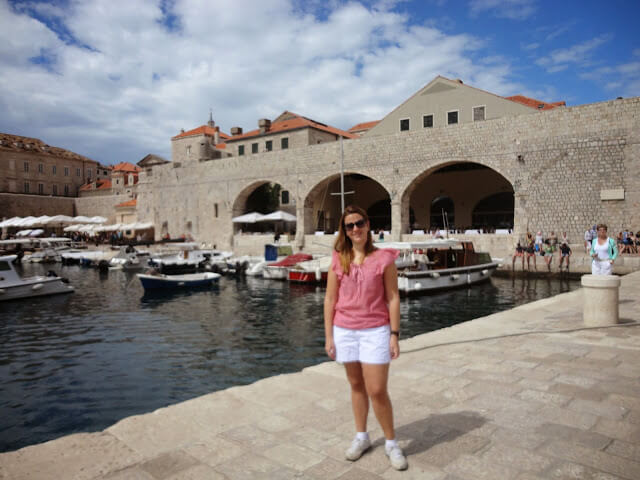 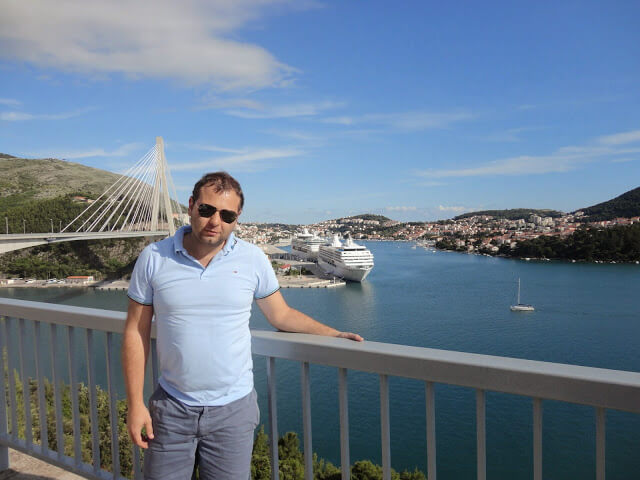 Things to Do in Dubrovnik and what are the main attractions of Dubrovnik.

The wall
The tour's old town strolling complete the wall, is too, but prepare to go up and down many stairs, the ticket you buy in the very old city and also includes a visit to the fort. Are 2 km back in town, It reaches the height 25 meters in some places. I assume you have a little fear of heights, but not felt this fear, after I saw all these maravillhas… 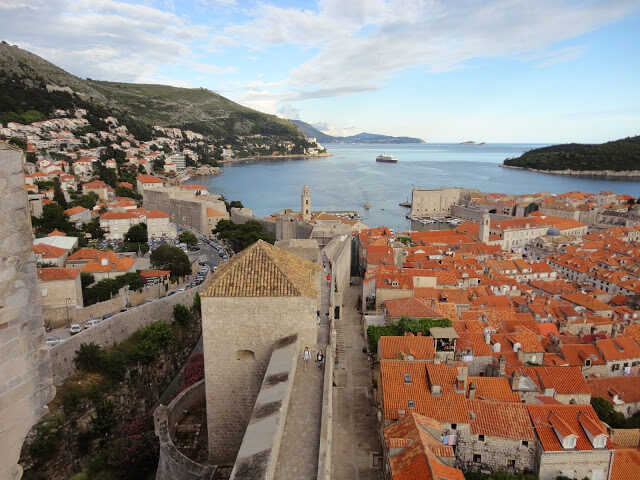 Ancient city
In the old town, which is inside the wall there are several churches gorgeous: 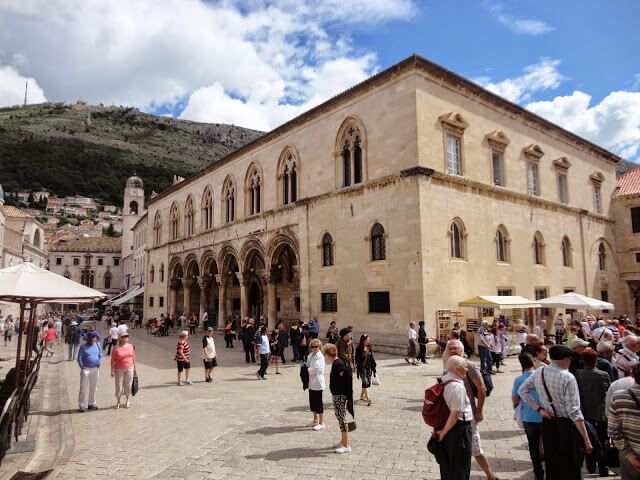 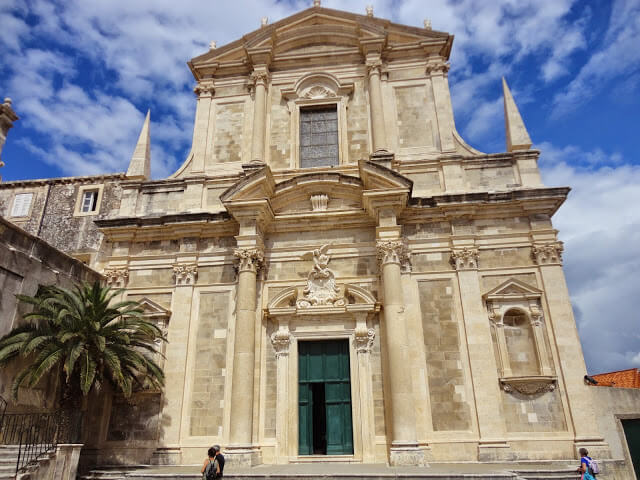 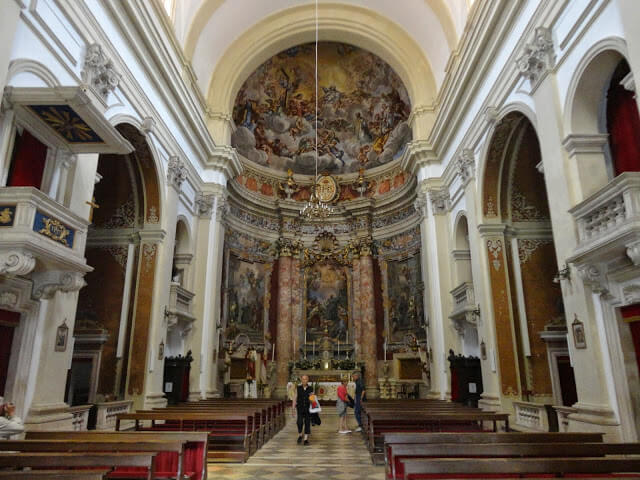 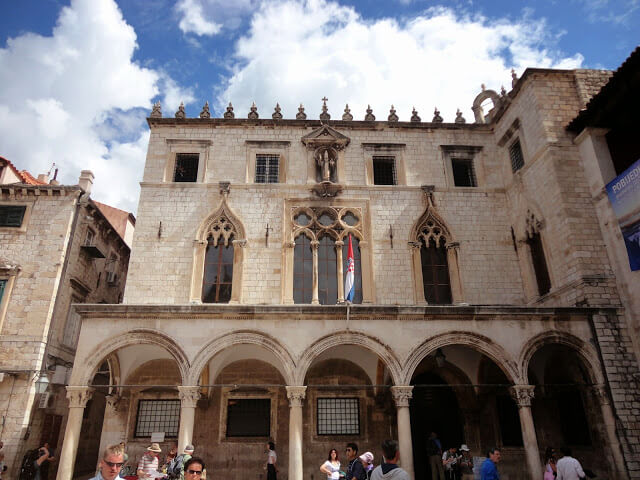 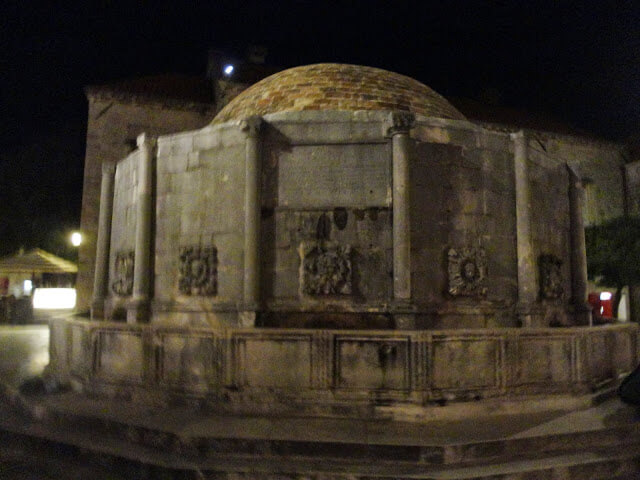 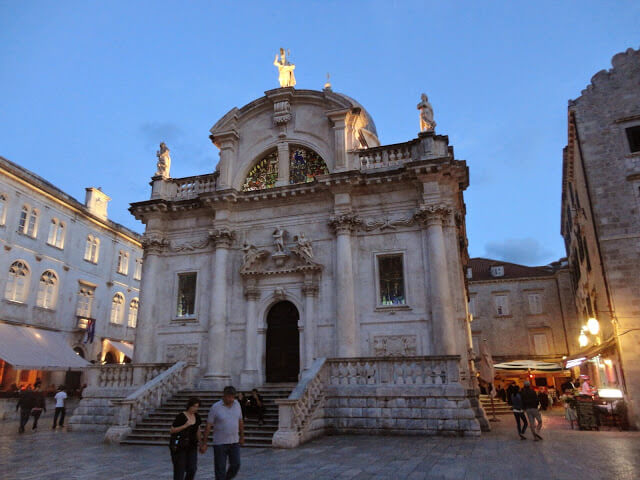 Cableway
The tour is wonderful (Postcard) out of the old city and goes to the highest hill of the city, with panoramic city views, mar, islands and wall, there is a restaurant with amazing views. 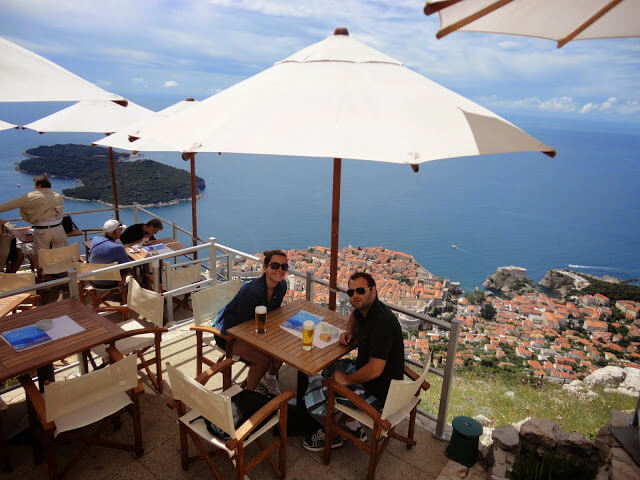 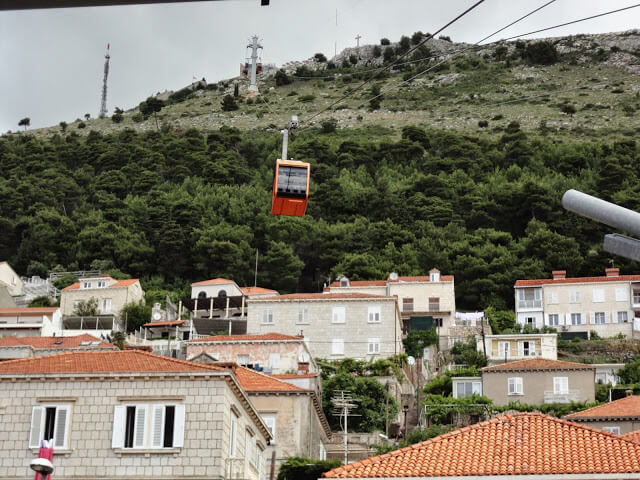 Tours in Lopud Islands, Kolocep, Lokrum
We went by boat, I had wine (not very good right lol) and lunch included, I do not remember the value to the right, but I know it was not expensive and it super worth, The tour lasts all day, these islands are very close to Dubrovnik, some of them also have hotels to stay there, are beautiful and clear waters. 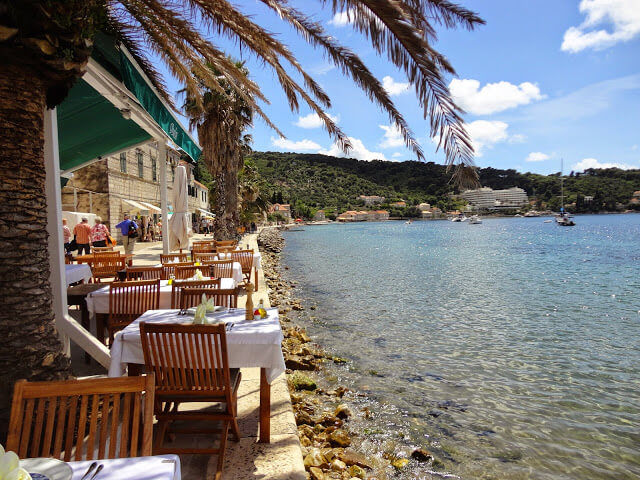 The beach
The beach has a wonderful view and the coolest, the water is not cold!!But the beach has pebbles…We stayed there all day, with a super sun, We love sunning and had a bar with lounge (only) with great loungers, maaassss charged us the most expensive amount you pay in life in a chair, I turn to 15 euros per chair and looks quite bebidinhas we eat there… but OK, not everything is perfect. And they warned us about the prices as we arrived, so it was no surprise that the time has come to account lol. 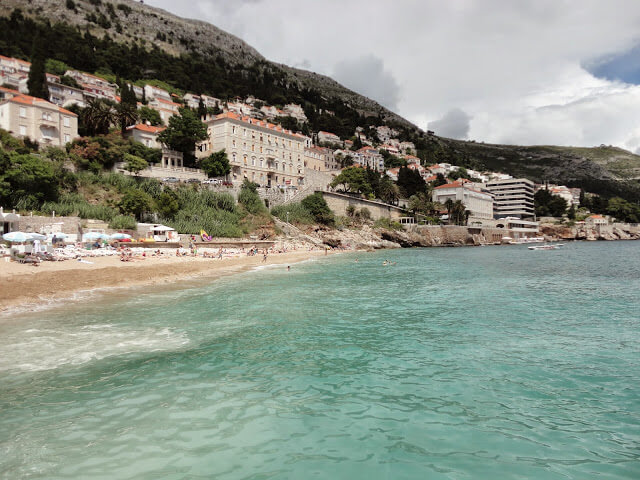 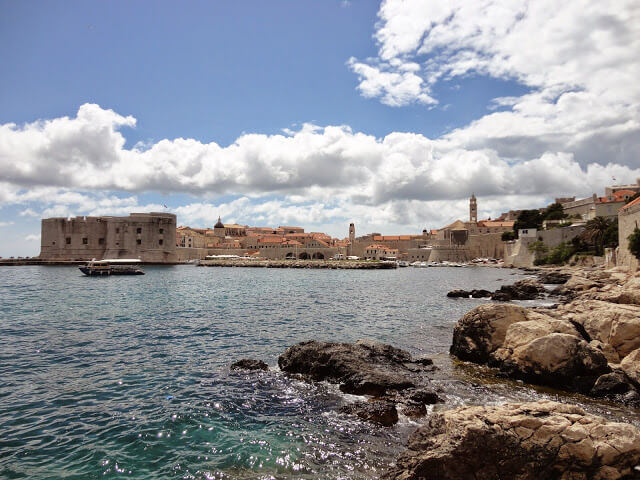 Travel to Hvar
To Hvar can not do one bounces back, because this island is far from Dubrovnik. You have to go and stay there, many people say that this island is the most beautiful of the Croatian coast and has a great nightlife.

And safari ride in Dubai Desert