El Jem or Djem It is a city of Tunisia which has one of the best preserved Roman amphitheatres in the world, for those who do not know the Roman Empire left many architectural riches in Europe, but also for North Africa, a kind of little-known tourism due to some security problems in the countries of northern Africa.

But we warn face logo, We do not pass by any security problem in Tunisia this is not no Morocco, to find Tunisia a very safe country, so we travel through various cities of the country on a trip we did 8 days by this beautiful place.

El Jem, We visited the city with a tour we did 2 days coming off the coast of Hammamet, close to the capital Tunis, with this tour visited several cities in the center of the country begins the Sahara desert. 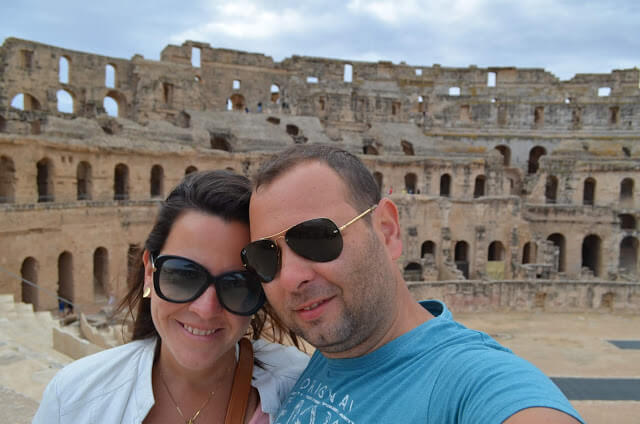 as we speak, O El Jem amphitheater is one of the best preserved Roman amphitheatres in the world, along with the Colosseum in Rome Italy and the amphitheater in Pula Croatia, throughout Europe and Africa for more than 100 Roman amphitheatres, We know some: or Rome, the Tarragona in Spain, Carthage in Tunisia, in Athens na Greece and some others who are only in it ruins, that can not even realize that right was an amphitheater… 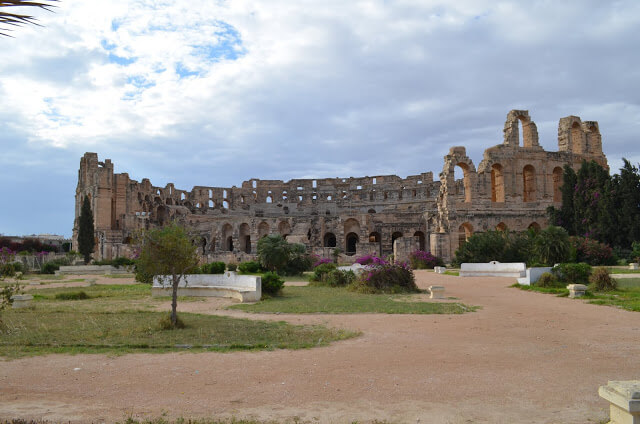 The trip included tickets to enter the Djem Amphitheater. 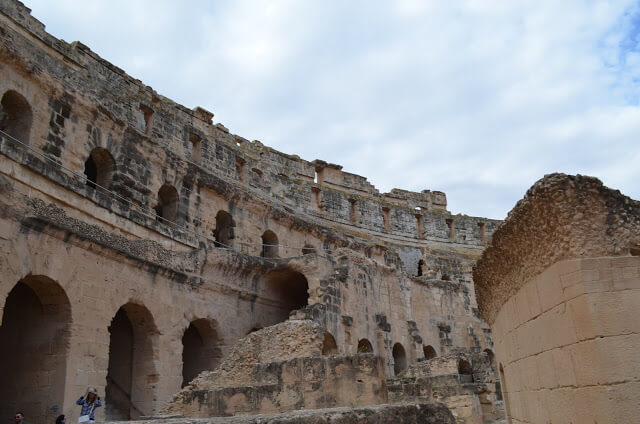 The Jem Amphitheater was built in 238 D.C. sleeping Gordian, under the reign of the emperor Maximino. Probably was the site of gladiator fights, chariot race and other shows, especially wildlife shows and representations of hunting animals, as happened at the Roman Colosseum. 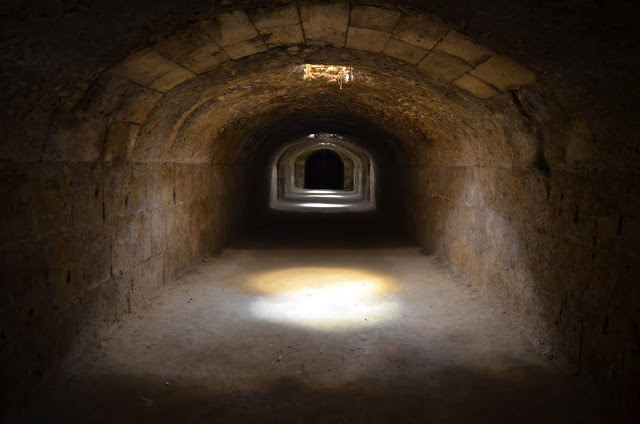 The part where was the aminals is very well preserved and can be visited, It has an air a little gloomy, but very cool to know. 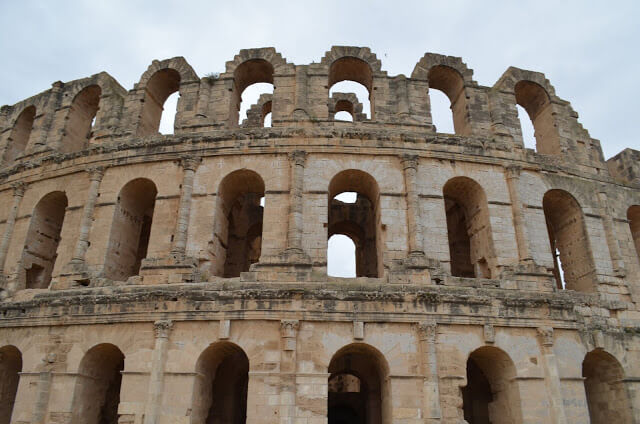 Its preservation is not only higher because some of its stones were used to build the city of El Djem, yet they are still in good condition. So the guide told us it remained intact until the seventeenth century, according to Arab tradition and then began demolishing the outer facade. Wells lions is a very elaborate system of pipes and tanks for collecting rainwater, They are still preserved. 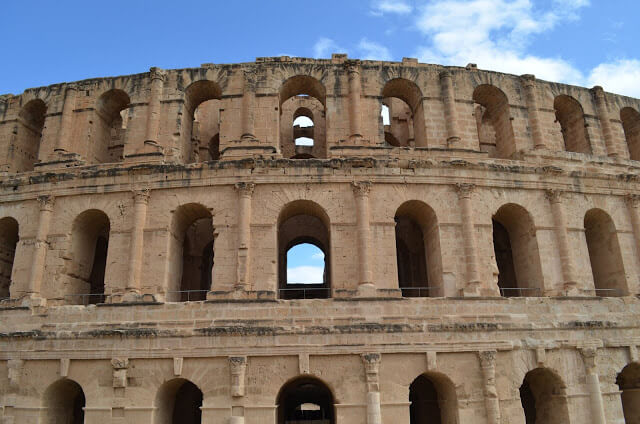 One that the guide also included and we really cool to bring to you, It is that sometimes the Coliseum is called Ksar dos Kahena, so princesa Berbere Kahena (we've talked a little in the post of Matmata that this region is where the people lived Berbere), that in the seventh century united the Berber tribes to stop the advance of the Muslim invaders. She was beaten and persecuted, He took refuge with his troops and followers in the amphitheater, which he resisted for four years. According to legend, she was betrayed by her young lover, that stabbed and sent his embalmed head to the leader of the Arab army. 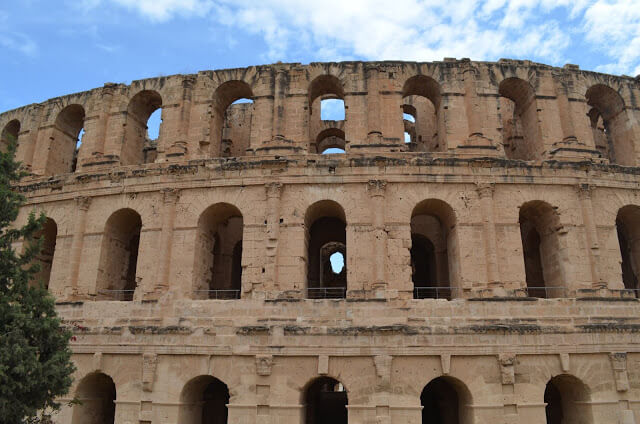 The amphitheater is a World Heritage Site declared by UNESCO since 1979.

visited the Coliseum Thysdrus, for over an hour, a good time, It would be better to stay longer in order to see everything more calmly, but it was time to go to the next town, the city of Douz.

If you were willing to do this tour, we did with Voyages & Recreation in Tunisia (VLT) reserve with Ghassen +216 52 804 841 (Whatsapp) a Tunisian who speaks more than 5 Languages, one of them is Portuguese, he loves to talk Portuguese and Spanish, our initial contact was by Whatsapp and closed with him at the hotel two days before the tour, he went to our hotel to talk to us and explain in detail all, It was very attentive and friendly, so we recommend it enough. 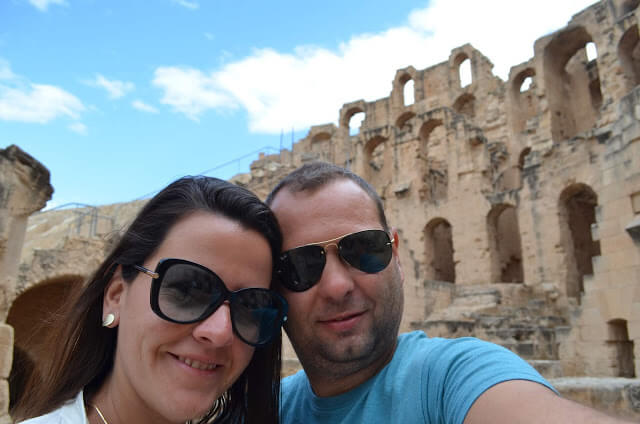 Want to study in Spain with Banco Santander scholarship?