Estartit, one of the wonderful cities of the Costa Brava

Estartit is one of the wonderful cities of the Costa Brava, in Spain, Costa Brava is one of the north coast region of Catalonia, this part of the coast are some of the most beautiful beaches of Spain and Catalonia.

We went in early summer there, We enjoyed the weekend and stayed until Monday, it was a holiday, Estartit is very close to Barcelona, 1:45 a.m. only minutes by car, ideal to spend the weekend, we rented a car for this part of the coast is not easily accessible by train or other public transportation, It is good to rent car in the early summer it is still cheap.

We were on that beach / town as the hotel we stayed at was very cheap, with kitchen, large and super comfortable, with a huge balcony and fit up 4 people and from there we got to know several beaches in the gorgeous region, the hotel is RV Hotels Apartments Quijote 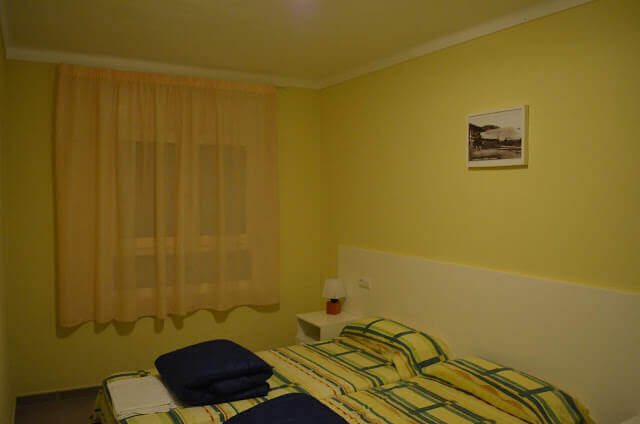 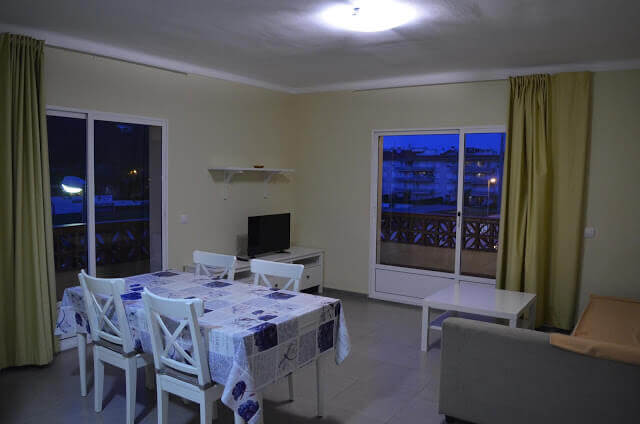 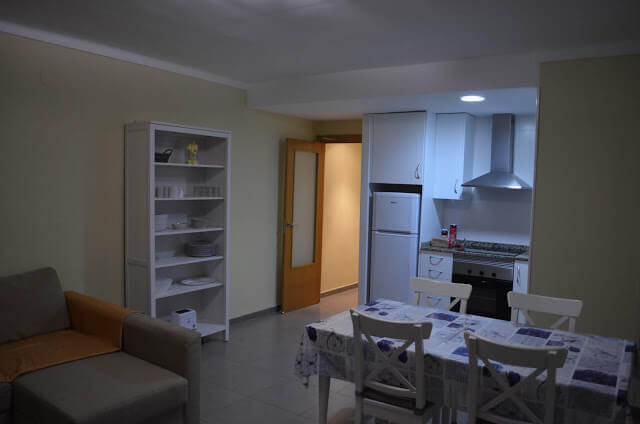 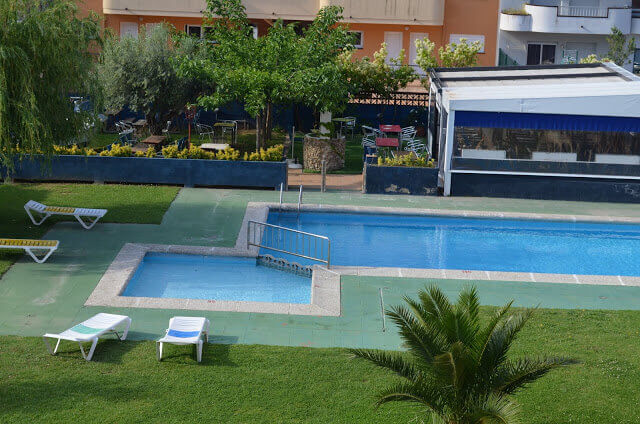 Praia de Estartit It is not very pretty, only took a last to know, but for those with children, this beach is very good and quiet, with very calm and in the city sea has an amusement park also. 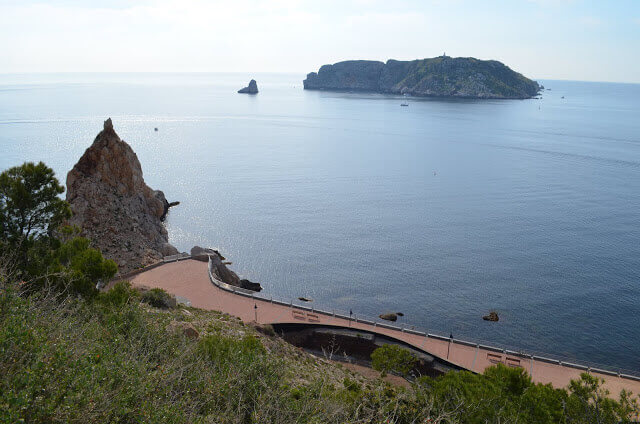 Our road map of Costa Brava beaches near Estartit was: visit Red Island Beach (Illa Roja beach), already started with great style, because this beach is wonderful, undoubtedly one of the most beautiful of the Costa Brava, It is a white sandy beach with some stones and a very blue sea, which leaves the most beautiful beach Illa Roja and around it, It has some islands in front and behind some cliffs you can walk and see the beach from above, It is really wonderful, much worth knowing. 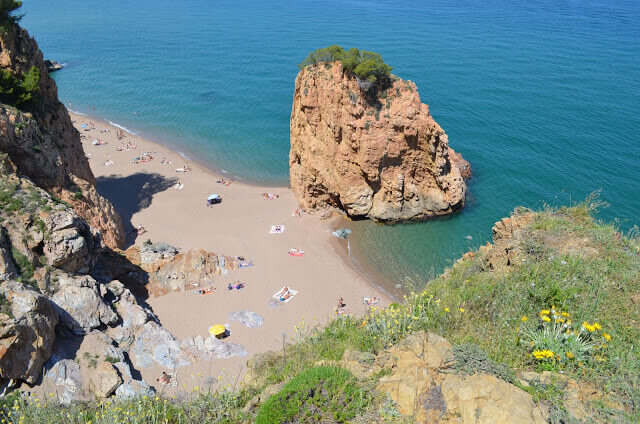 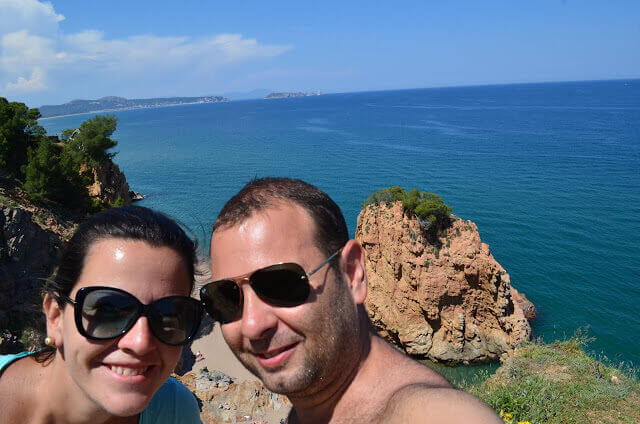 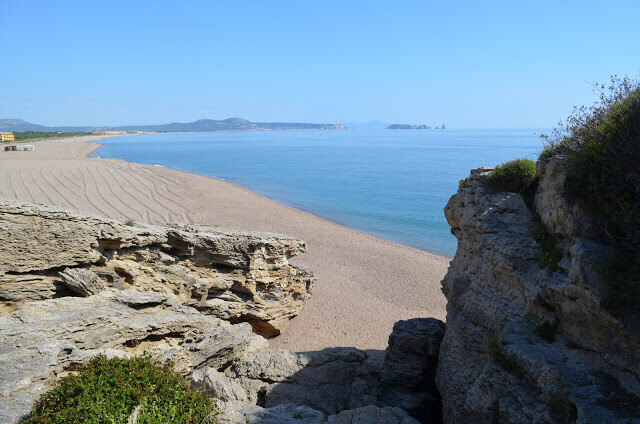 A Cala de Agua Fria (Cala Aiguafreda) It is another beautiful beach in the area, and has some trails that connect to other beaches next to. 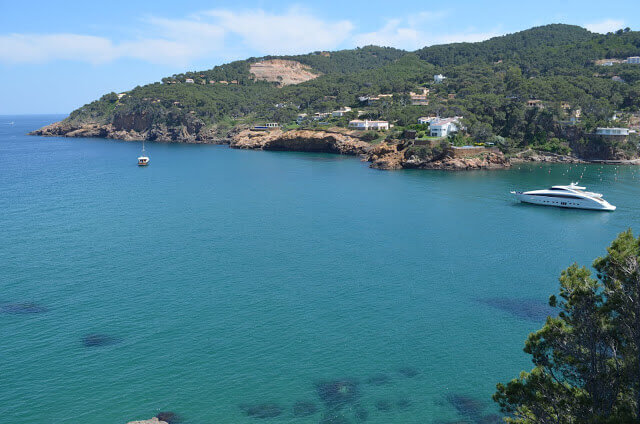 The last stop of the day was Praia de Sa Tuna (Playa Sa Tuna), which is more urban, It is a good place to eat in the restaurants of the small harbor beach. 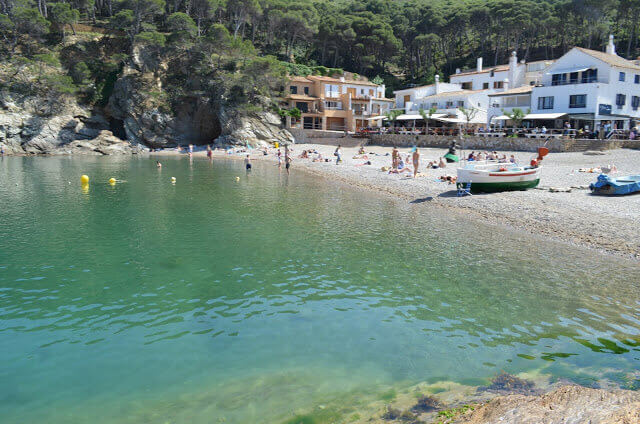 On day one knew 4 a 5 beaches, but we'd rather time 2 3pm because, we would wake up early to enjoy the day. On the second day we went to Cala Azul Water (Cala Aiguablau) another beautiful beach. 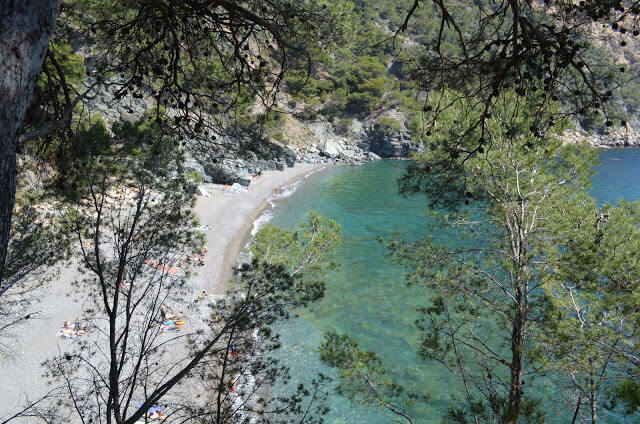 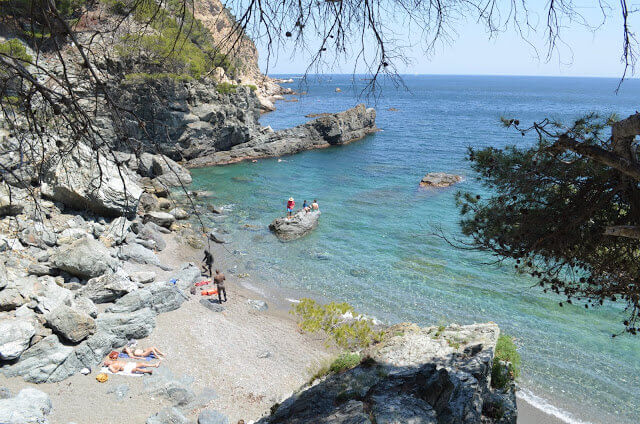 Also to know the Playa Fonda and Cala n'Estasia which is actually a natural pool, only we found some green water and do not enter, despite some people swimming around. 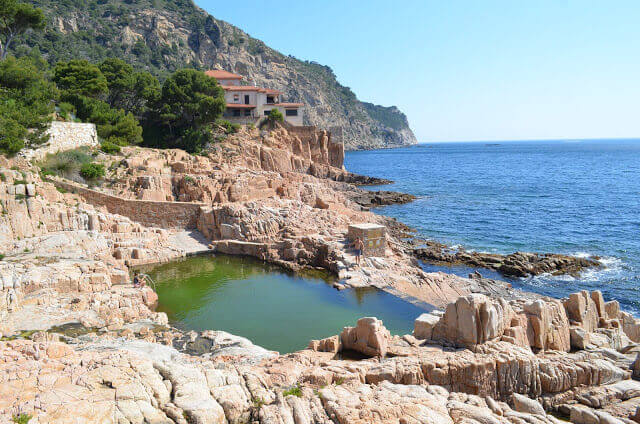 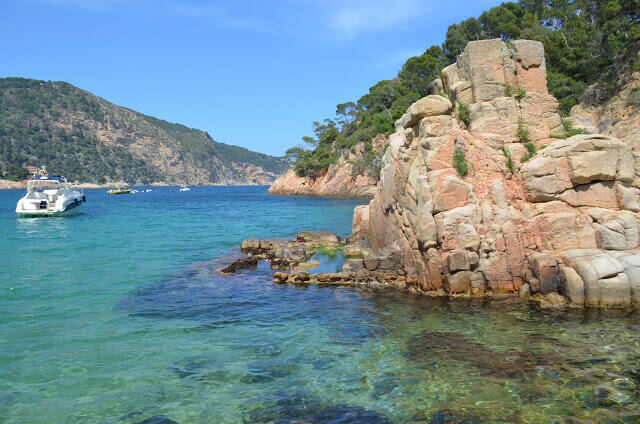 After these two beaches we visited, Cala has the Chilled Water (Cala Water-Xelida) and the Liris Beach (Playa of Liri), We did a little easy trail that connects them all and with fantastic scenery. 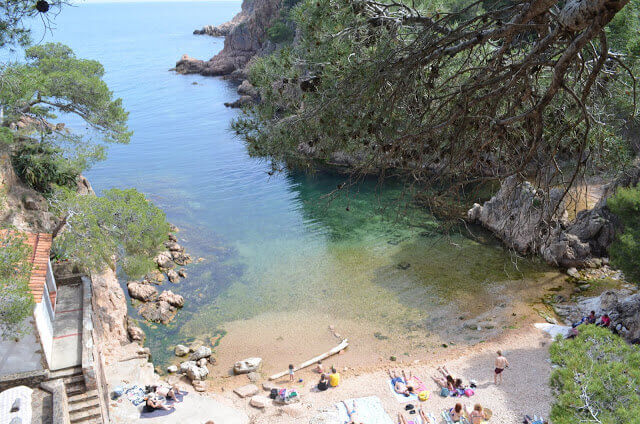 On the last day we try to know the Cala Canyers, Crows and Cala Cala Estrela, but I could not go by car, and I had to track, and on that day we were not in order to make the track, and we had also woken up early did the hotel check-out and were already heading back to Barcelona

With so we went to the Castle Beach Palamos (Playa del Castillo Palamos), there has kayak trip to the leaked cave and its name is due to an ancient castle that is on top of a mountain on the side of the beach, was the beach that we stayed longer and had lunch at a beach restaurant with a very good Mediterranean food. 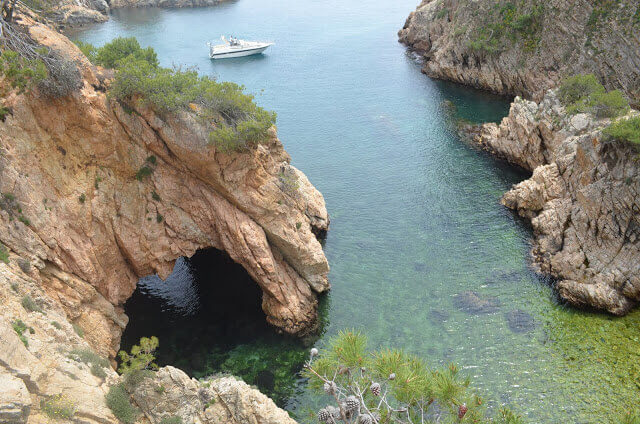 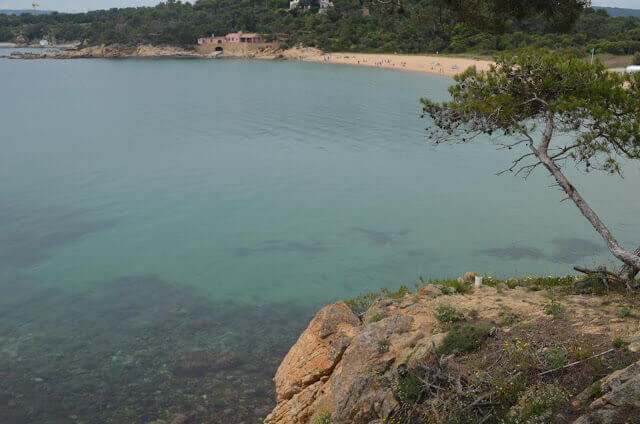 Dark beach (Fosca Beach) that was the last beach that we, was next to the place where we left the car, speaking it, not wanting to leave the lighthouse it on and you already imagine what happened right? We ran out of battery, with the rented car in a very small town, We try to make the car get in stride, but as the car had electrical switch and the street was tiny, then we can not, but fell an angel from heaven who helped us, on a street that did not pass anyone and that oddly enough in addition to his good purpose, he had a rope in his car to “pacifier”, our luck that we had, so we say that an angel from heaven fell. After making the connection to the cable “pacifier” the car picked up and started back to Barcelona, Now a small delay in time to return the car, and besides all, took a big traffic that transits the recalled back to the beaches of São Paulo, but we were not on the road toll, then to the injury not be greater, we went to the toll road and so we got rid of this problem and in the end everything worked out, we arrived at the car rental company at the right time. And do not turn off the car or to put fuel, afraid that the car did not work again lol, but when we arrived at the video store to return the car, the servant of the survey hung up and called again and it worked, It was a relief and so much. So is the hint, pay close attention when out of the car if the lights are not connected, because this time the car or whistle, beeped, nowadays we have OCD it lol. 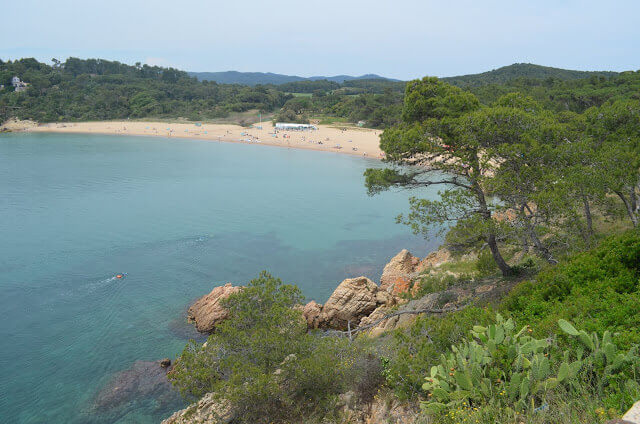 Where to stay and staying at Algarve?