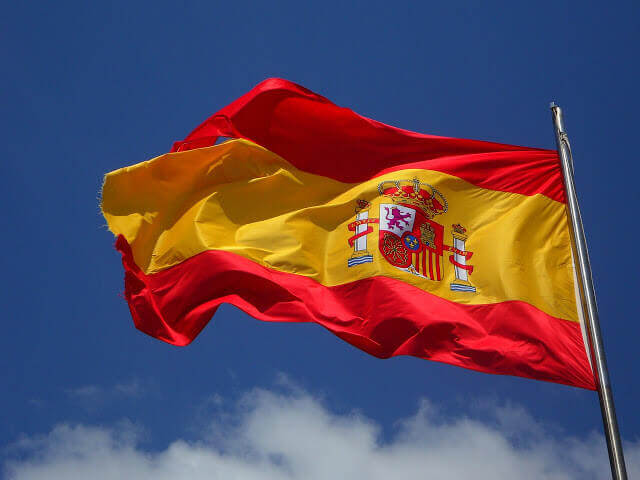 Spain's government aims to reduce the deadline for the Spanish citizenship

The Spanish Government intends to reduce the time to get the Spanish citizenship, today after going through all the citizenship application process, which includes various documents and the time to live in Spain, obtaining citizenship is taking too long to be approved today, I turn to some 3 years, after all process already delivered.

Those who follow our blog know that we always count as being the process for Pri also have Spanish citizenship, to be married to me I have to Spanish citizenship, but for those who do not know I will summarize, we decided in 2014 come live in Europe, first we lived in Ireland to study in 2015, and early 2016 We came to live in Spain in Barcelona, I had lived in Barcelona 2008, when I did my graduate.

I have Spanish citizenship since 2009, I took my thanks to a law that was in force from 2009 a 2011, where the Spanish grandchildren could take citizenship without having to live in Spain, then so I have citizenship and as I said above, Pri is waiting for her to be married to me, the person who is married to Spanish(a) You have the right to apply for Spanish citizenship after living in Spain for a year legally, but also has other people who have this right, as Spain's greatest grandchildren of 18 years, which for now have to live 1 year in Spain, but it has a law that has already been approved and is about to change for the better, here's a bit about this law or Brazilians living in Spain for more than 2 years.

In our case, Pri to obtain Spanish citizenship if married to a Spanish citizen, We took several documents and made the following process, here I put in order:

Only a major review, at the end of text are links on how to do everything, with all the steps in detail.

We are already waiting more than a year and a half to get the approval of her citizenship, but as I said above, the process is very time consuming because of the lack of people in the government of Spain to analyze the documents, but the current government is promising that will put more than 100 people to analyze documents and reduce this period that revolves around today 3 years, with this increase in people, citizenships were approved in six months.

For more information on this government's proposal to increase the number of people to analyze citizenship, you can find in the El Confidencial newspaper.

as promised, below is the link we detail of each process to take the DNI, NIE and citizenship, among other important documents.

See posts about interesting topics with tips how to live in Spain:

If you need assistance in any part of the process, as we mentioned above, there are advisory and specialized lawyers, we indicate the documents Spain, is a Spanish advisory company that helps you in Spanish Nationality processes, Background criminal or criminal, Civil registration, Negative Naturalization Certificate, Legalization of Documents, Apostilamento Hague and Certified Translations.

He feels like traveling after so many tips? The Blog TurMundial gives you even more tips to ease your travels: Want to book a hotel? Book hotels with great prices by Booking. Want to book an apartment, home, boat or even a tree house and still win 100 real in his first stay? Book all these and many other choices of places with great prices by Airbnb. Want to buy advance tickets for various attractions and tours without those huge queues? Buy Ticketbar Want to rent a car? Undoubtedly indicate the Rentcars.com it seeks the best cars and market values. You need to send or receive money to / from abroad, without paying those absurd charges of bank or exchange houses it Wise You want to avoid problems in the middle of his long-awaited trip? Hire a travel insurance with any of these companies Real Travel Insurance, or insurance Promo You want to avoid those sky-high mobile bills at the end of his international trip? And yet able to do, receive calls and use the internet? Buy an international phone chip with any of these companies: OMeuChip or with the or with the OBS: We emphasize that the responsibility for providing the services / sale and delivery of products, suppliers are described above.
Categorydocuments Spain
TagsSpanish citizenship Spanish citizenship by marriage citizenship by being married to Spanish Dual citizenship Dual nationality What to do in Spain?

30 most beautiful pueblos of Spain

Aínsa is a “pueblo” Spanish province of Huesca