The other day we gave some tips of hotels in Barcelona, Now we will count some five places to stay that will make you travel in the art and city style.
As many already know the city is a perfect blend of ancient history of the Romans and the Catalan modernism. Its architecture and modernity hypnotizes everyone, even more with the help of your view of the Mediterranean Sea.

Hotel Casa Fuster
For us the hotel in the city's architecture Face, its facade will leave you with your mouth open. Casa Fuster Hotel, It is located not Paseo de Gracia, It was built in 1908 by Catalan architect Lluis Domenech i Montaner. A gentleman of high society of Mallorca, Mariano Fuster, He commissioned the building to give his wife, Consuelo Fabra. 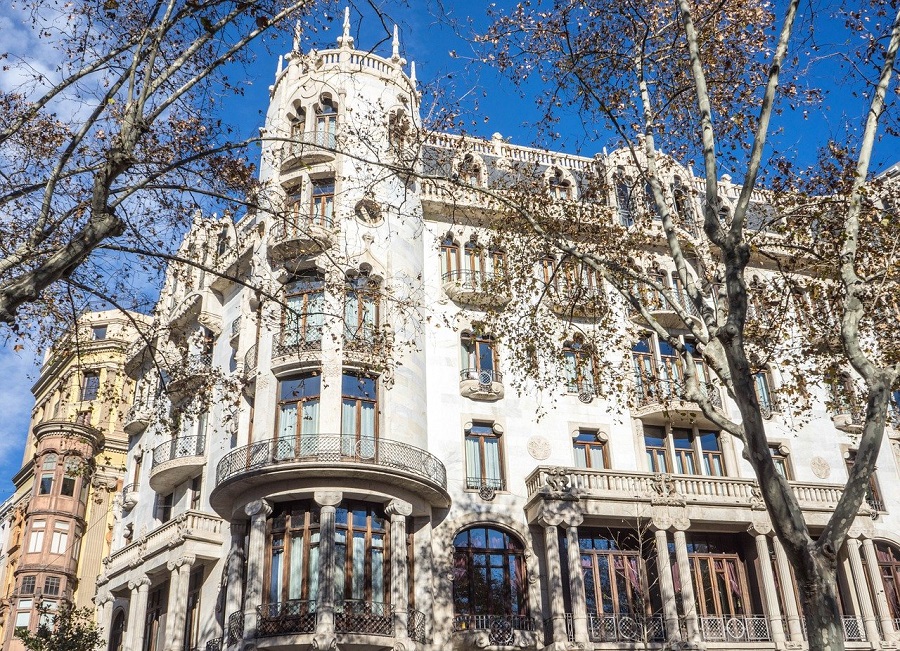 Casa Fuster Hotel is one of the five most chic hotels here and has 105 bedrooms, swimming pools, una terrace with the best views of Barcelona and a first class restaurant. Casa Fuster has columns, modernist arches and capitals are the living history of very unique space.

A design made by the architect Lluís Domènech i Montaner, the painter Ramon Casas and the sculptor Eusebi Arnau, the result has to be, at worst, Amazing. And so, you just have to approach the Hotel Spain, in the heart of Barcelona, to enjoy a historical space you'll love. 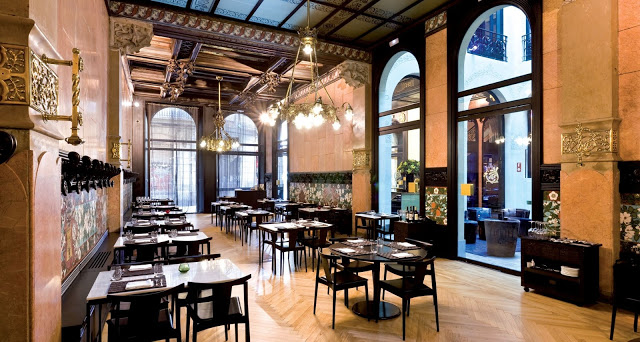 In 1859 it opened under the name of Spain Fonda in the early twentieth century Domenech i Montaner took a reform that would mark its history. In 2010, a new project of rehabilitation back to build the charm of the golden age of Catalan modernism, in addition to providing the latest technology and design.

The Hotel has 82 bedrooms; uma pool and views to Old Town; terrace Alaire Ramblas on the top floor of the hotel and the Bar Arnau, chaired by a fantastic fireplace. The icing on the cake are the works of Ramón Casas and the restaurant Fonda Spain, headed by Martin Berasategui, chef with nothing, nothing less than 7 Michelin star.

The building is majestic, a palace of the nineteenth century, It was built in 1870 for residence of the founders of the Bank of Barcelona, in 1935, when it opened the Hotel Granvia and became a city landmark. 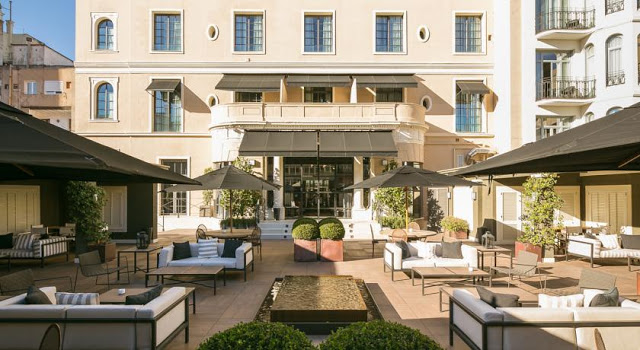 The Hotel Granvia has 53 classically furnished rooms with all you need. Among the hotel's highlights include the spectacular main staircase, you have to see it, lounges and, Clear, its facade. It also has a bar on the open balcony for the general public to drink day and night.

If you came to Barcelona shopping, the Granvia Hotel is located in the heart of Passeig de Gràcia street famous for its luxury shops.

Hotel Neri
In the heart of the Gothic Quarter, na Plaza de Sant Felip Neri, has the Hotel Neri, more than just a charming hotel. Located between two palaces joined in the eighteenth century. One of them dating from the twelfth century, with medieval and ancient courtyard. 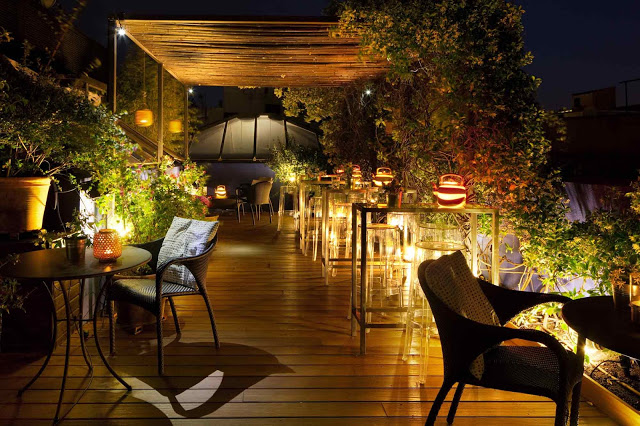 The hotel offers 22 Apartments, all different, some decorated with gold and silver and other murals with spectacular windows, with balconies and terraces. Designed for families traveling with babies, with children or even pet! Besides that, Hotel has spaces for leisure and gastronomy, especially recommend its beautiful terrace. On the facade of the bottom you can still clearly see the shrapnel left by heavy bombing of the Italian aviation during the Spanish Civil War.

Hotel 1898
The hotel is on the Ramblas and has a colonial style that makes it unique in the city. Nineteenth century building that was the residence of the Marquis de Comillas in 2005, after a major refurbishment, or hotel 1898 opened. 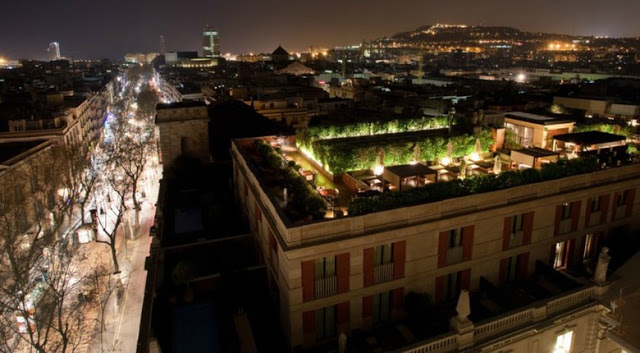 O hotel 1898 It offers more than 150 rooms in a historic luxury environment, with heated pool on the building roof; Event space; as well as a spa and indoor pool.