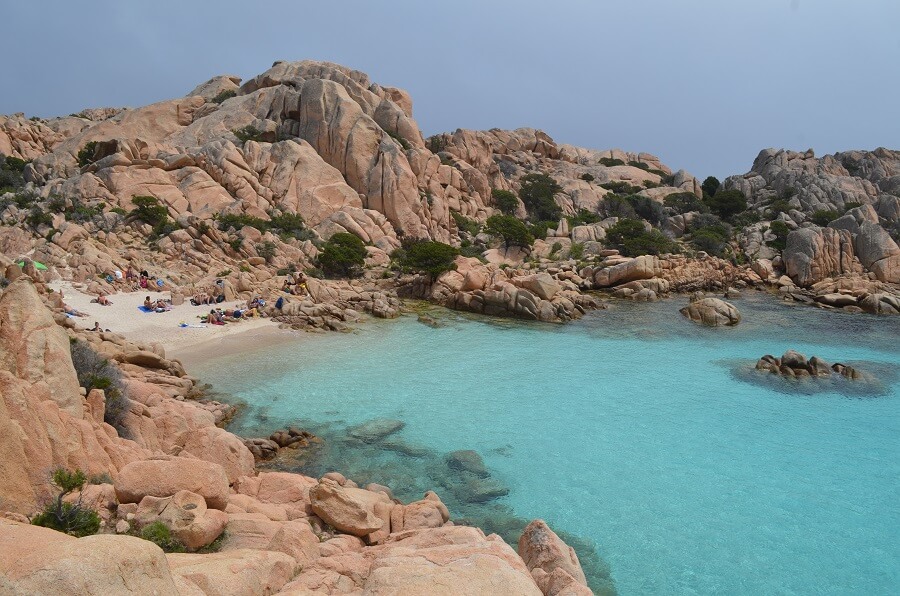 Heard in Caprera Island? There are some of best beaches of Sardinia, one of the many beautiful islands of Italy in the Mediterranean Sea.

The island of Sardinia in Italy is the second largest island in Italy, second only to Sicily Island, along Sardinia Island in the north is the archipelago of La Maddalena, and one of these Islands is the Caprera, a paradise where buildings do not have it is a protected natural park, the few buildings on the island are the Messa del Cervo fort and the Garibaldi museum, and a few restaurants, that they are on the way to the wonderful beaches 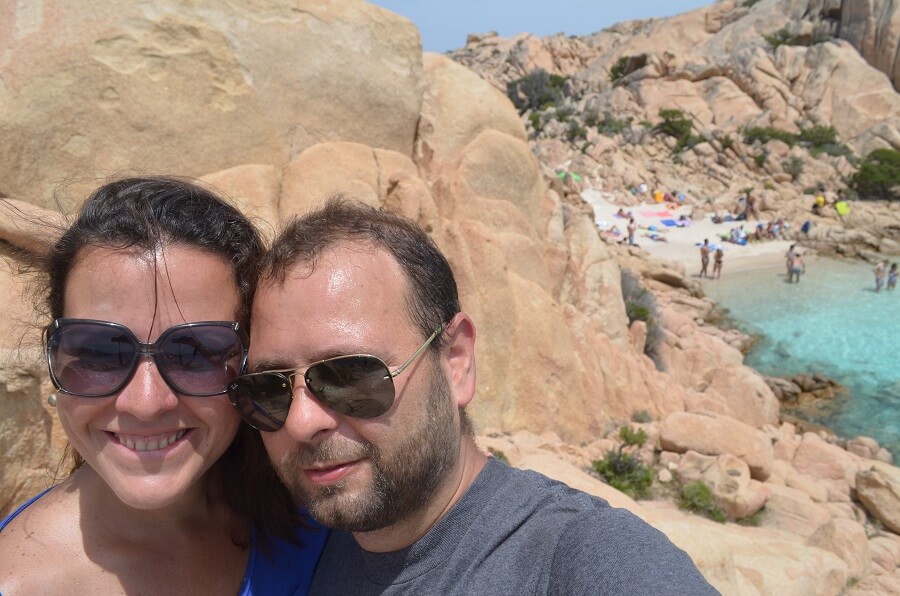 Sardinia as a whole has wonderful beaches that makes you think what is the most beautiful, so in the summer we went to visit this paradise, such as Sardinia is too large to meet all in one trip, that first time the focus was only archipelago of La Maddalena.

We went on a holiday in Spain, since Barcelona for Olbia, city ​​that is in northern Sardinia with cheap flights.

We stayed there for almost 5 these days and 2 days went to Caprera Island, on this trip we stayed in an aparthotel, Blu Residence Baita, which is in La Maddalena, where is all the tourist structures like: hotels, Restaurants and bars.

we were 2 days to Caprera, because there are the most beautiful beaches of La Maddalena

As with almost every trip we go on Europe's beaches regions, we rent car, because to reach the most beautiful beaches only by car, and these islands have no public transportation that takes you to the beaches.

A very important tip, arrive early on the beaches as well get a space in them, the look of the morning is more beautiful than the afternoon because the water to the beat of the morning sun the leaves more blue and clear.

Another tip is to take food and plenty of water, because as I said on the beaches has no bars or restaurants.

What are the beaches on Caprera Island, I Madalena (Sardinia)? 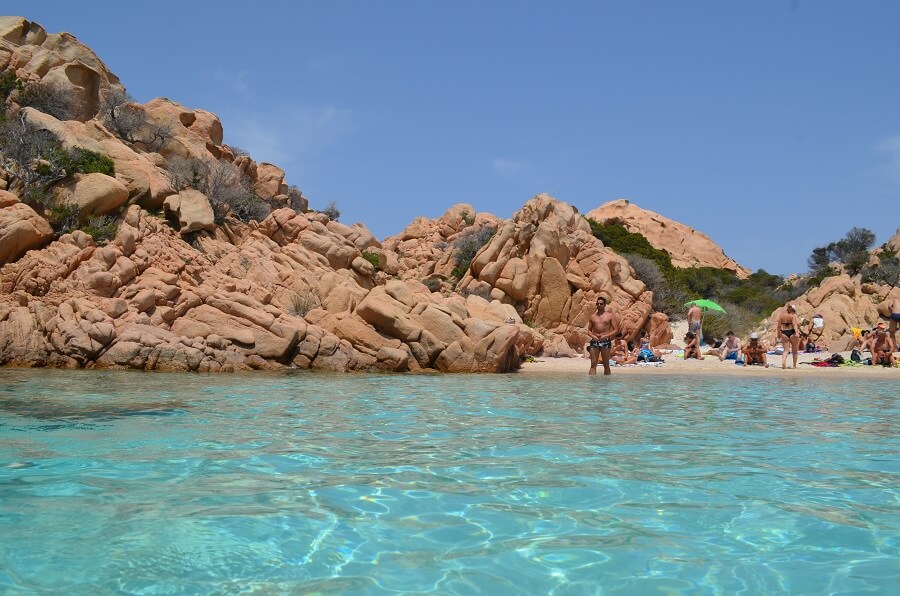 To get in Beach Coticcio, You have to leave the car in a kind of parking in the middle of a road, no Google Maps has a location indication on this link, after leaving the car has a track more or less 1 hour and a half, parts with the average intensity track, maybe go with children or handicapped or older is not recommended, do not take too many great things that do not fit in your backpack as this will make it difficult to track. 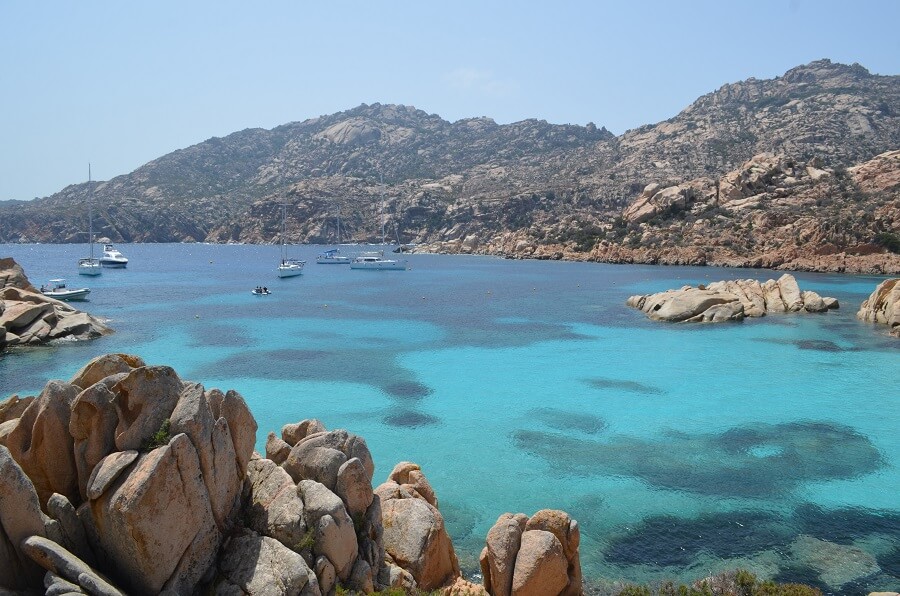 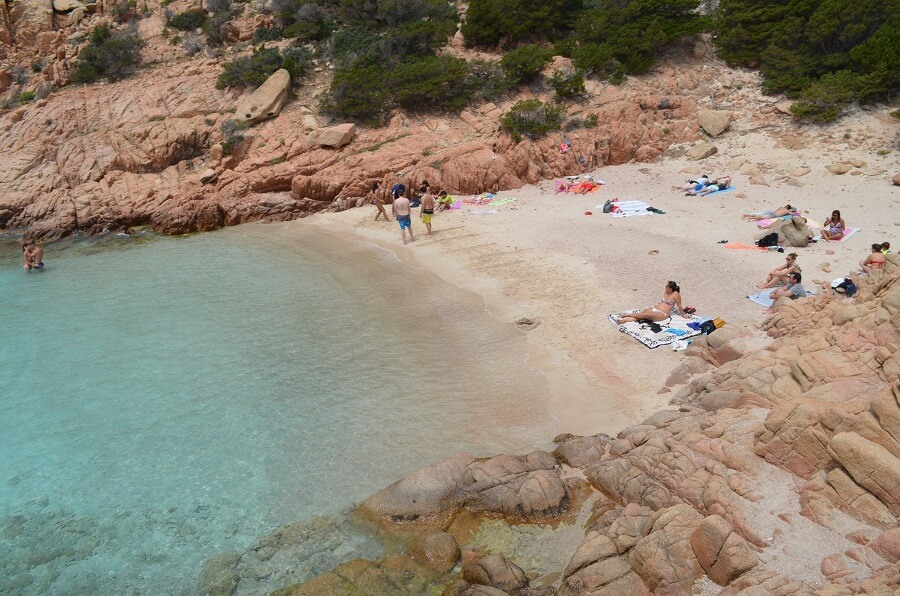 There we spent almost all day, to make the most of this paradise and rest of the trail to get back.

The Cala Napoletana is the second or third most beautiful beach of La Maddalena, also to get there is a trail that is much more quiet of difficulty and it takes less than an hour. 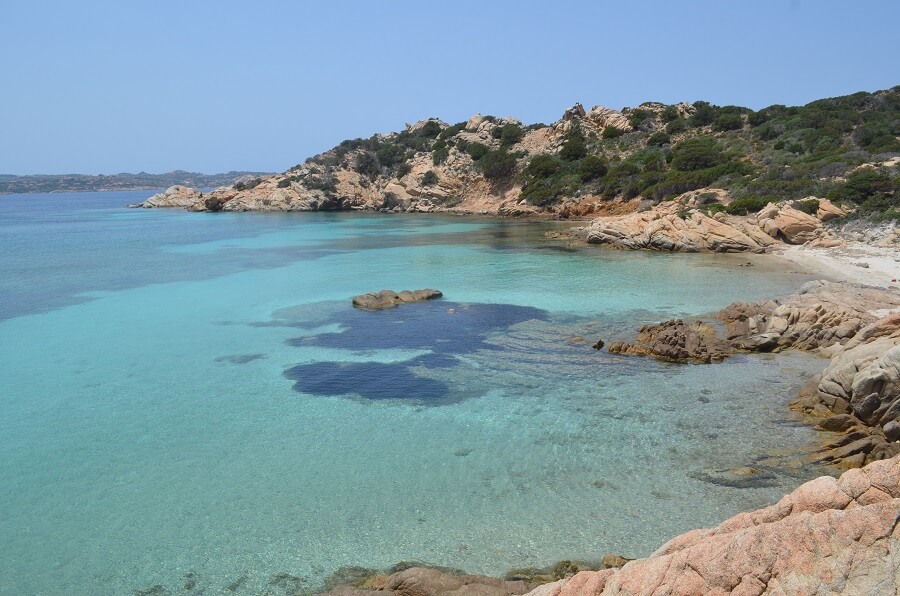 as we speak, we were two days to the Caprera Island, because one day we did a trail and another day to another track, I do not recommend doing both on the same day, better to do one a day and in the afternoon go in the other that we comment below. 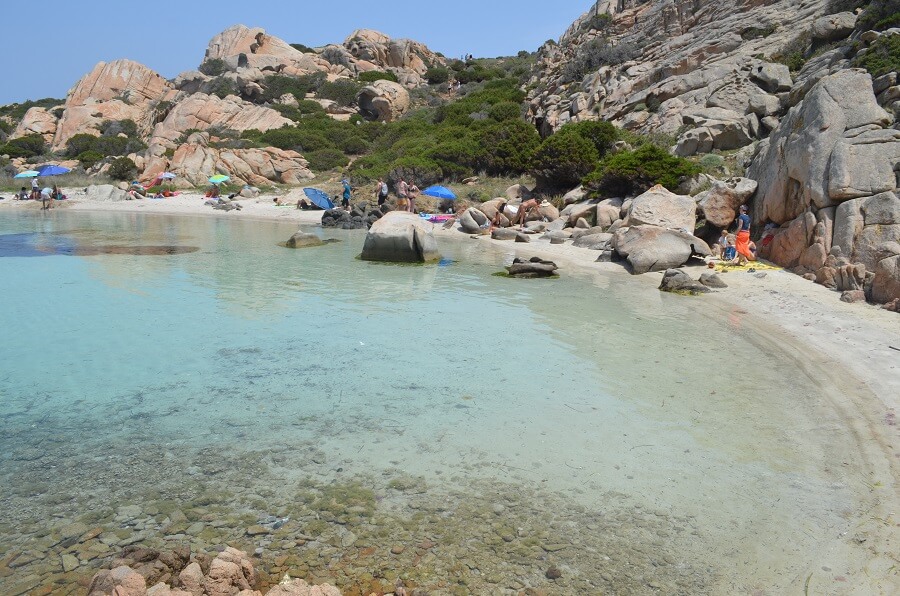 The Cala Napoletana has crystal clear waters and stunning landscapes.

Beautiful beach you have to do a small trail from the Garibaldi Beach, na Cala Serena Beach we were in the middle of the afternoon of the first day we were in Caprera after meeting Coticcio, this track has several small coves and beautiful, but not as perfect as the first two beaches we speak. 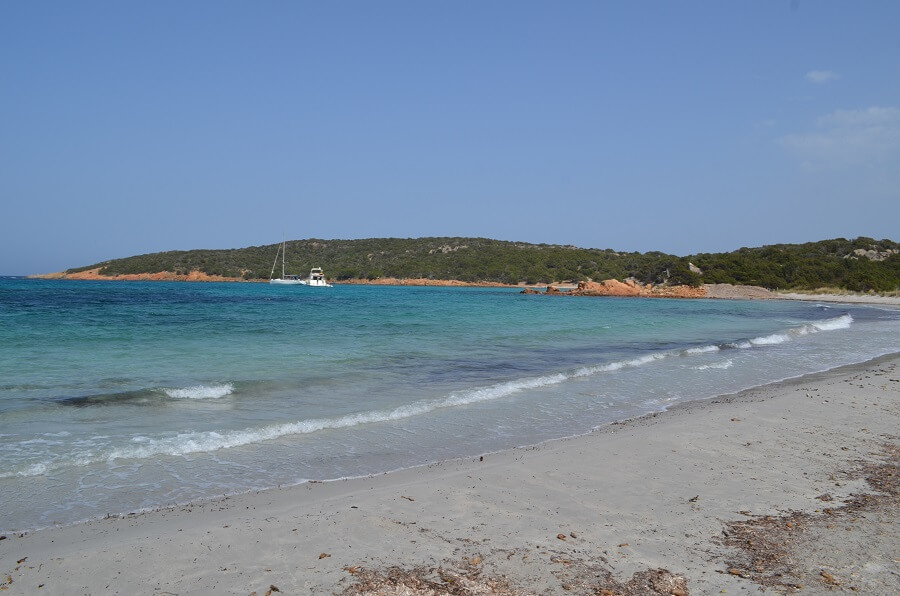 One of the few beaches that can reach by car, we meet in the afternoon of the day we did the trail to Coticcio, Cala Garibaldi is very pretty, but you know, the first two are better. 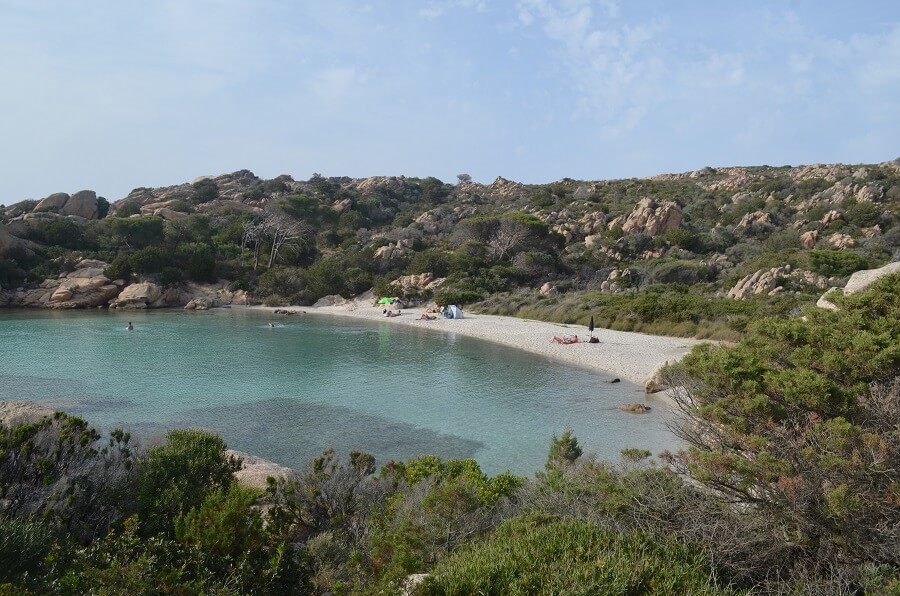 In southern island of Caprera is the Cala Caprese Beach, also very beautiful as can be seen in the picture. 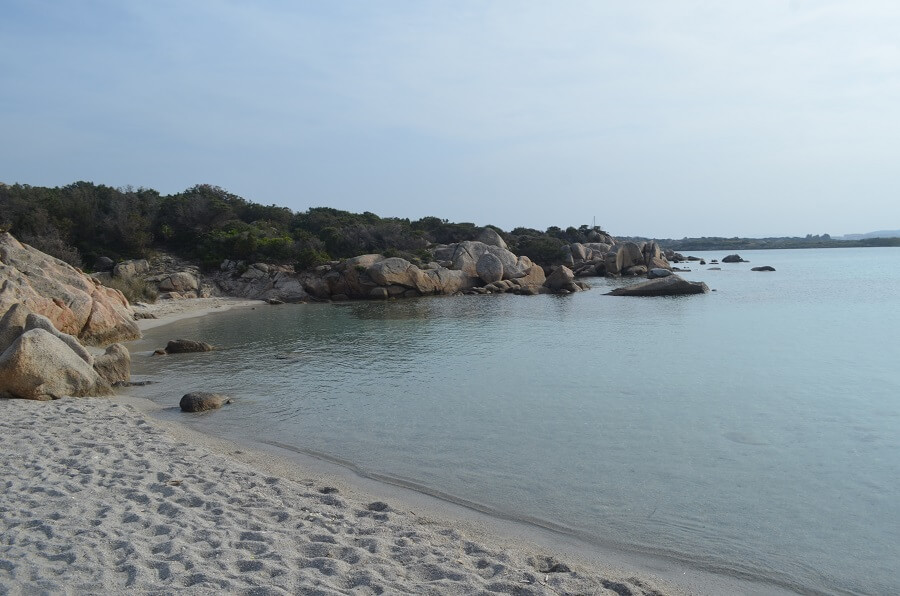 The third most beautiful beach in Caprera, Praia Cala Andreani, we went in the afternoon of the second day along with the Caprese and Cala Relitto, there is one of the few beaches that has a bar in it and we can get the car on the beach. 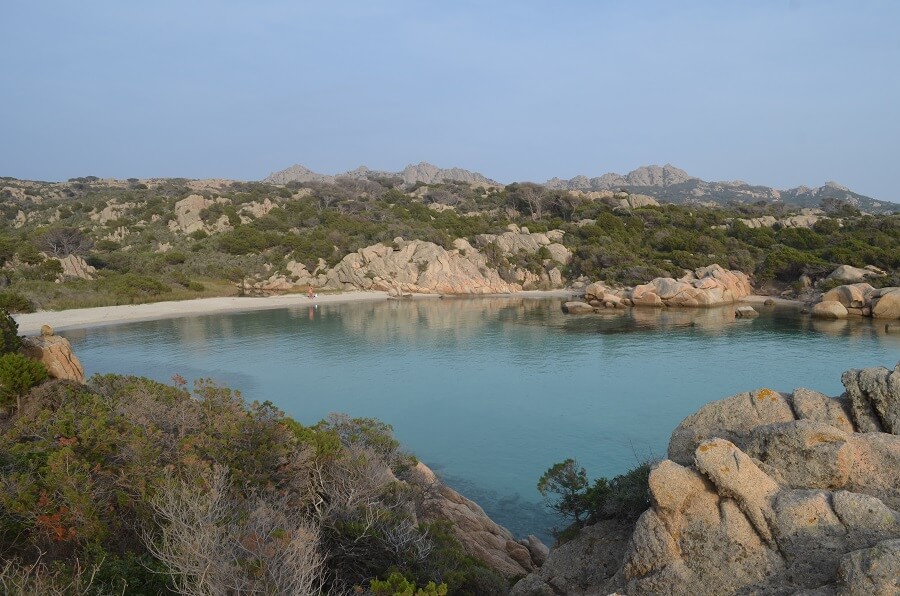 The Relitto Beach also has a bar and Restarante which hosts some parties, best quiet holidays. 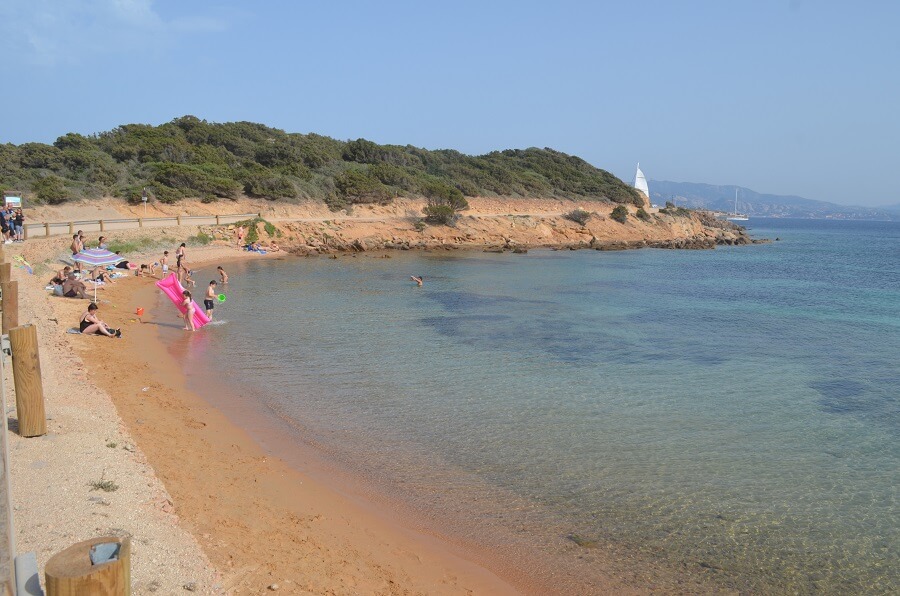