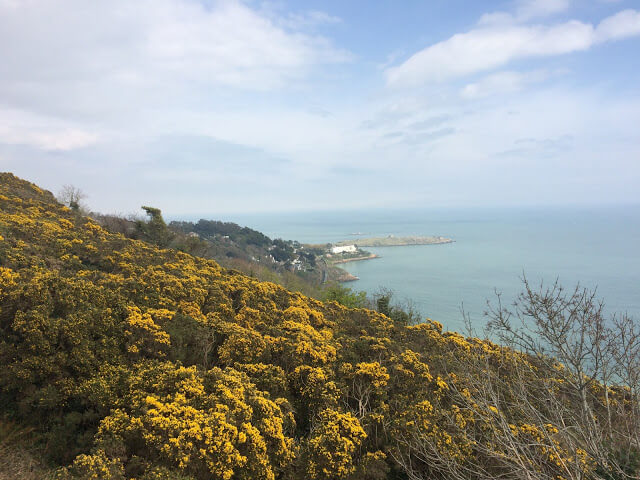 Things to do in Killiney, in Ireland

Killiney is a seaside town very close to Dublin, we went there in the morning and returned in the afternoon, We took the train (DART) in Connolly station, round trip with the student card out under 5 Euro and down in Killiney station.

Killiney has two attractions to visit, the beach and the park. 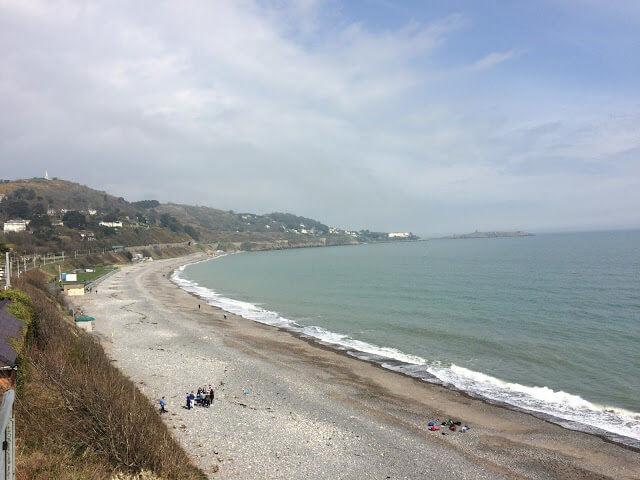 On the beach we were not because it was not summer, but it is quite beautiful by the standards of Ireland, the beach is stone, We decided to go to the park and see the beach from above, Killiney the park is beautiful, and the view of the city and the sea is wonderful. 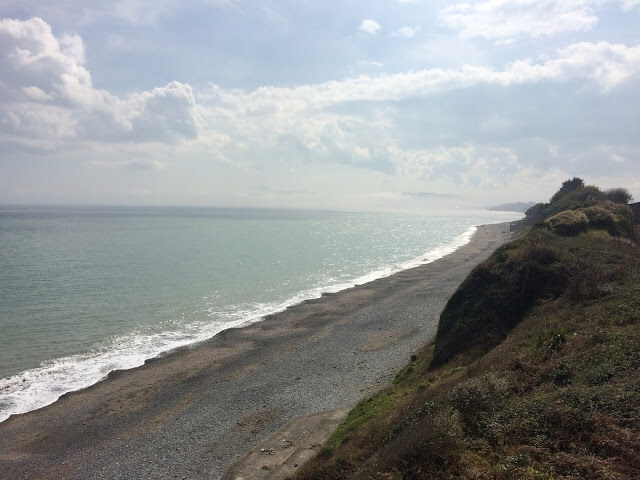 In the middle of the park has a very old obelisk, were there doing a pic nic. 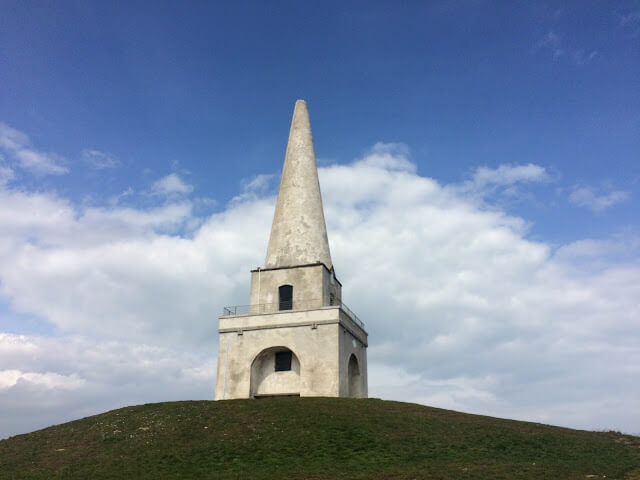 The park sits high on a mountain, but the way to get there from Killiney train station is very calm, only uphill.

The city is the rich and famous live in this region of Ireland: Bono Vox (U2 lead singer), o The Edge (U2 guitarist) and singer Enya, their houses are on Vico Road, between the park and the sea. 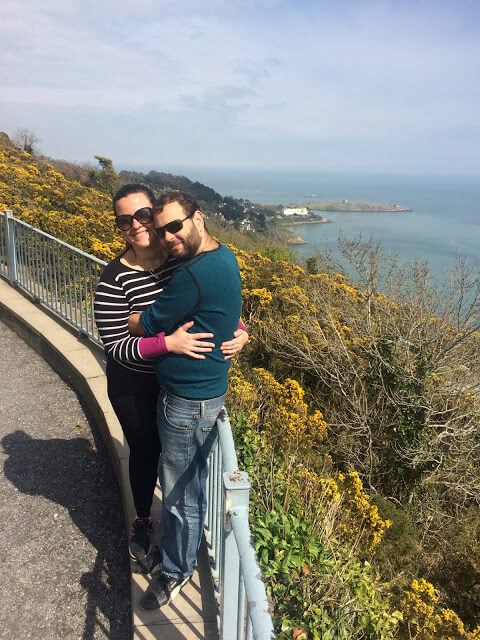 From the park we walked the coast to the Dun Laoghaire station which is also a city of the same name and pass through the town of Dalkey and Sandycove. 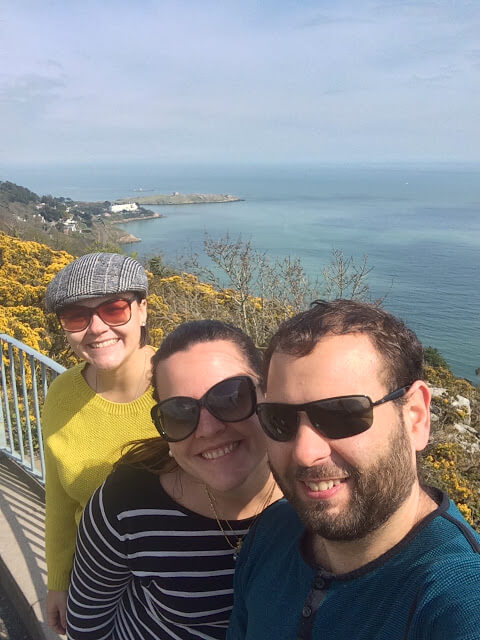 In this way the coast, you will go through some parks at the seashore, as Dillon's Park and Park Sorrento, the Dillon's is but beautiful, these parks are in the town of Dalkey. 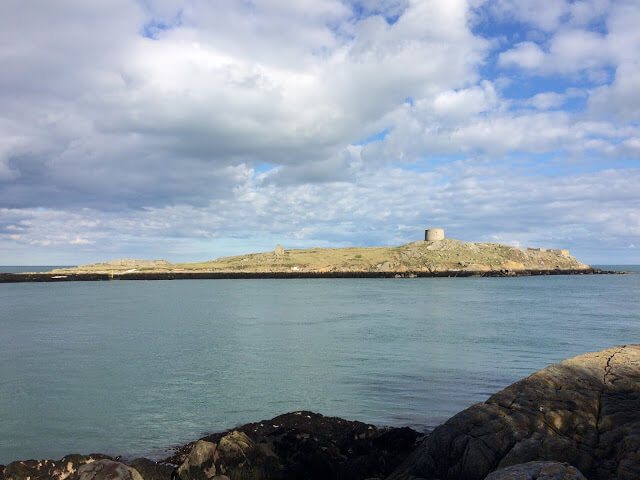 The path is full of beautiful landscapes, a few km ahead already in Sandycove is the tower museum in honor of James Joyce (It was a novelist, short story writer and poet Irish expatriate. It is widely considered one of the most relevant authors of the twentieth century), the museum has free admission, the receptionists are some very dear and friendly volunteers elderly. 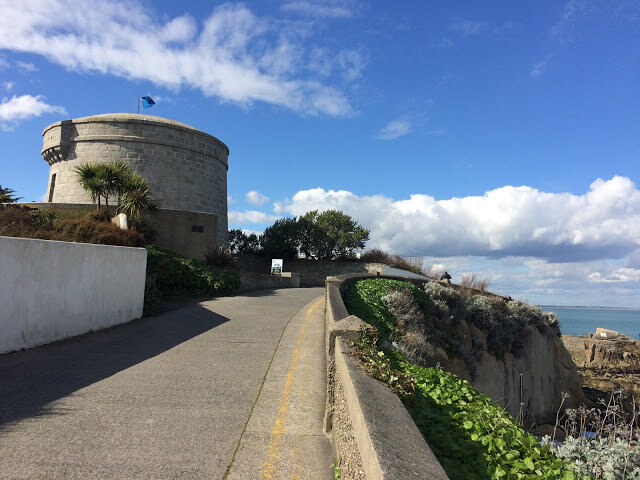 Soon after, already be Dun Laoghaire, It is also a city of the coast of Ireland, there is a very beautiful park called People's Park, additionally has a church and a really nice pier to meet and stare at the sea. 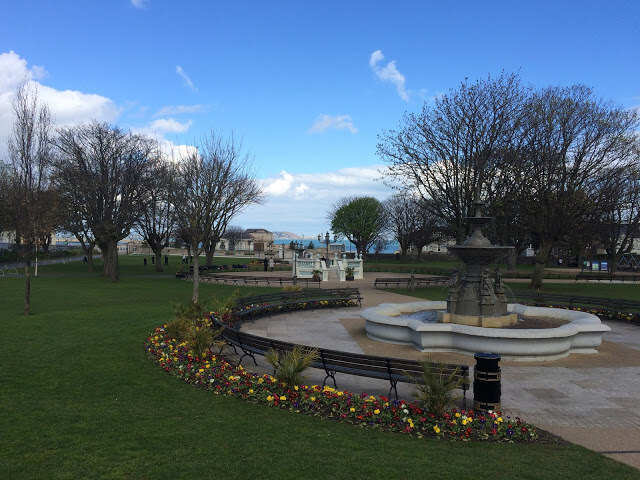 All the way should give less than 10 kms. tasty tour to do on days off, when you are living in or near Dublin. 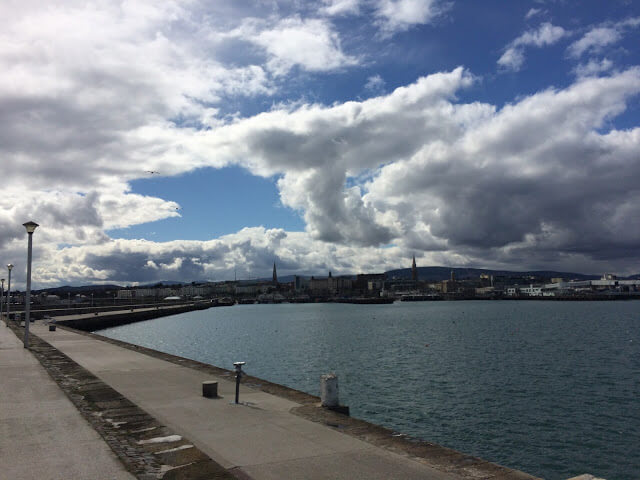 He feels like traveling after so many tips? The Blog TurMundial gives you even more tips to ease your travels: Want to book a hotel? Book hotels with great prices by Booking. Want to book an apartment, home, boat or even a tree house and still win 100 real in his first stay? Book all these and many other choices of places with great prices by Airbnb. Want to buy advance tickets for various attractions and tours without those huge queues? Buy Ticketbar Want to rent a car? Undoubtedly indicate the Rentcars.com it seeks the best cars and market values. You need to send or receive money to / from abroad, without paying those absurd charges of bank or exchange houses it Wise You want to avoid problems in the middle of his long-awaited trip? Hire a travel insurance with any of these companies Real Travel Insurance, or insurance Promo You want to avoid those sky-high mobile bills at the end of his international trip? And yet able to do, receive calls and use the internet? Buy an international phone chip with any of these companies: OMeuChip or with the or with the OBS: We emphasize that the responsibility for providing the services / sale and delivery of products, suppliers are described above.
CategoryEurope What to do in Ireland?
TagsDalkey Day Trip destination RBBV Dublin Dun Laoghaire Europe Ireland Killiney Park Beach Torre