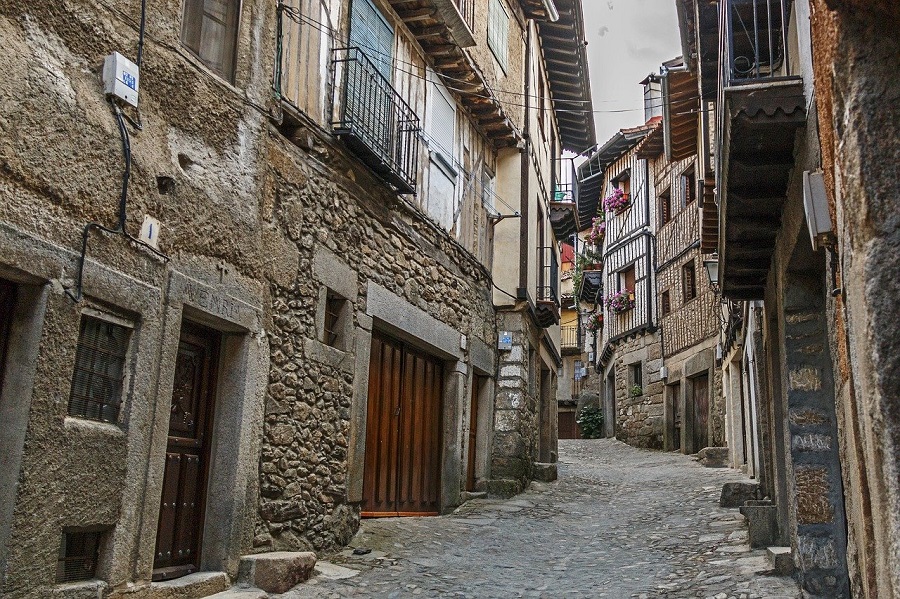 The pool It is a very old and small town that the Spaniards call pueblo (town or village), so much that it existed before the arrival of the Romans. During the middle ages, the village was part of the Crown Leonesa, although at the end of this phase something amazing happened: the discovery of the image of the Virgen de la Peña de France in 1434. This turned the city into a place of pilgrimage, becoming part of the Camino de Santiago.

In recent months we are bringing to our readers a series of posts on beautiful villages (peoples) Spanish, and the today is the The pool, its architecture is very characteristic, since the streets are narrow, the buildings are made of granite and stone with wooden beams. This makes the most charming place which is impossible to forget.

The main tourist attractions of La Alberca are:

A Plaza Mayor
It is the most important place of the city. it, the city and the surrounding buildings stand out for their balconies and loggias. In the center there is also a nice place is the ideal area for a drink on the terrace or to enter the craft shops, where you can buy products, souvenirs or typical food.

Church of Our Lady of the Assumption
It is a building of the eighteenth century, fairly recent if compared with the origin of the city.

As capelas of La Alberca
If something emphasized in this pueblo are chapels. Many of them are of Romanesque origin, between the eleventh and twelfth centuries. Some of them are in the city and others in the periphery.

O Marrano San Antón
A sculpture of a pig, the region is well known for its sausages.

The giant waves of Nazareth

Differences between motorhome and trailer