Linares de Mora It is a small medieval town of Teruel province, we visited on a script by pueblos (cities under 5 thousand inhabitants) Teruel.

The city in the past was a Muslim city, but little is known about the Islamic past of Linares de Mora, of which there are still some remains of the castle that is in the city high, thirteenth century and its medieval bridge, origin Caliphate (Islamic monarchical form of government) century X at that time dominated almost throughout Spain and Portugal. In the fifteenth and sixteenth century it was again a Spanish town. 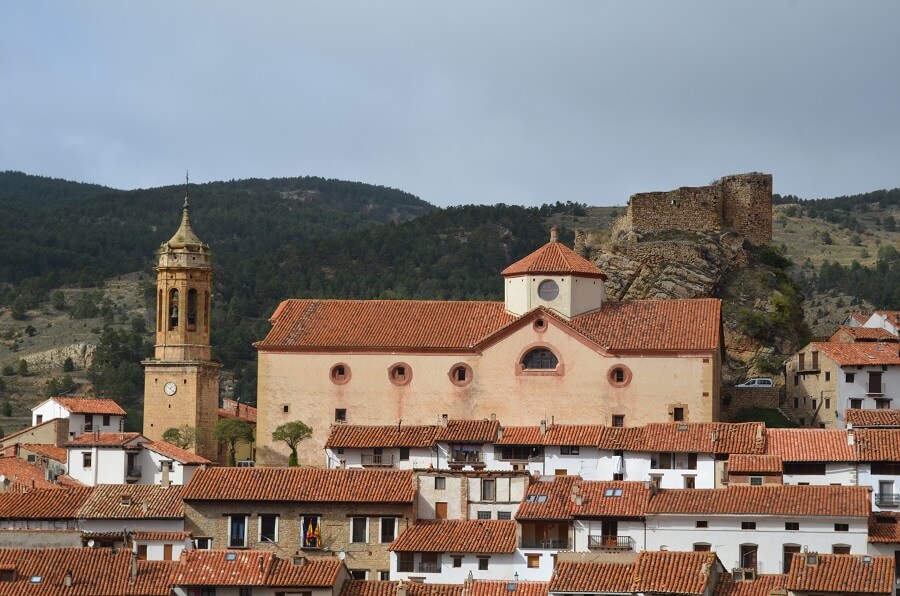 The city of Linares de Mora It is located not Valle Alto, on the left bank of the river Linares, Sierra de Gúdar, on a rocky settlement surrounded by mountains and steep slopes lined with pine trees and wild Austrian pine.

The ruins of medieval walls and castle towers Linares de Mora, Caliphate bridge and the origins of the walls, there are also several mansions of the sixteenth to seventeenth, an old hospital, sources, passages and lanes that make Mora Linares an obligation, for the traveler who enjoys trips to ancient cities and meet medieval treasures. 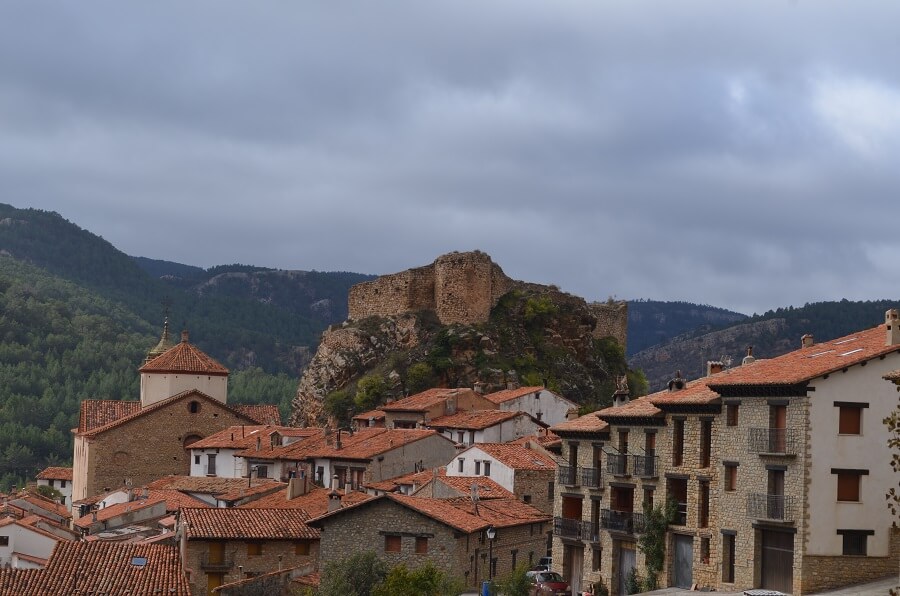 The largest building is the Igreja de La Inmaculada, eighteenth century, the church serves nowadays city communication system, when we got there to visit the sound system was informing about vaccination of older people in the city, like a community radio city, and then began to play music, I had never seen it up close, very different from all, We find it very interesting.

As we visited the town near the lunchtime, We stopped there to eat, at first we thought we would go without eating anything because the city looked like it had no restaurant, but we found the Hostal Tres Hermanos that besides hotel's restaurant, with a typical and delicious food, We eat a type of very good stew, worth it and it was very cheap. 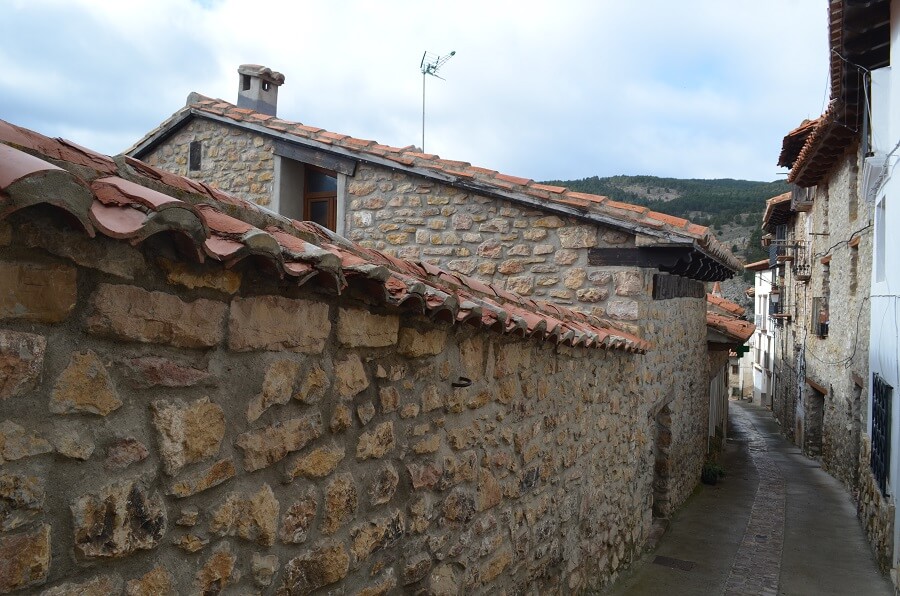 In addition to the ruins of the castle and church, the city has the attraction Ermita de Santa Ana and the bridge of the way and Alcalá.

Before moving in Linares de Mora, we had already visited the cities of Calaceite, Valderrobres where we sleep, and Morella, now we would leave to learn more other 4 cities (Mora de Rubielos, Bezas, Albarracin and Teruel) in 3 days.

Where to stay in Lapland Finland?