Luxembourg is a small European country, full of history and paisagensespetaculares

Luxembourg is a country is its capital is Luxembourg, small European country full of history and spectacular landscapes. On here, They have tips to plan your trip.

Taking advantage of me and we were in Pri Brussels, by 4 days, one of the tours we did was go to Luxembourg the other was going to used, in the city of Luxembourg, which is located between France, a Belgium e Germany. 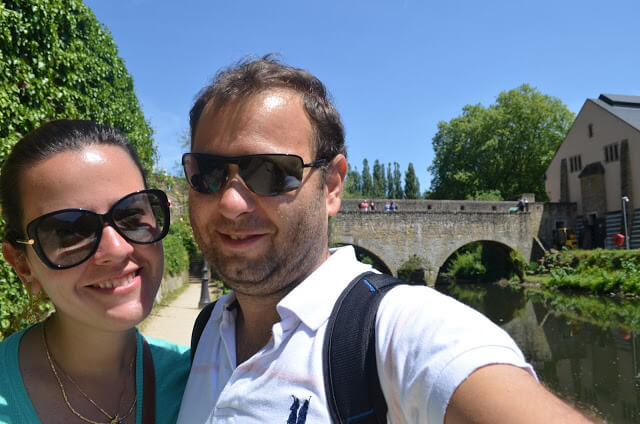 We made a bounces back train (see the post on European railway companies), leaving Brussels the train takes around 3 hours, the value out each 30 euros round trip (per person), We bought the tickets on time, it has several time options and the internet was very expensive, an important tip, We not buy more passages through Rail Europe, this site is very expensive, always try to find on the Internet, the country's railway company's site you are, a good website to find passages of various types of transport is the GoEuro

. The city of Luxembourg gives you meet in a day, You can do everything on foot, leaving the train station. This is the best way to get around town, coming from Brussels, Paris, Frankfurt or Amsterdam. 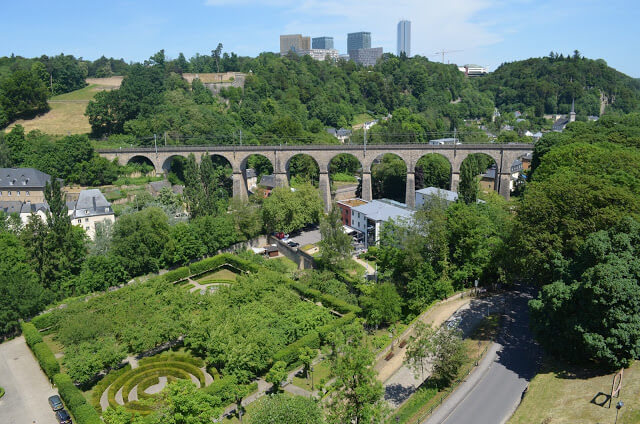 The city is divided into high and low city, We love the city, which is very beautiful and very small, It is one of the richest cities in Europe and has several European Union institutions in the city. 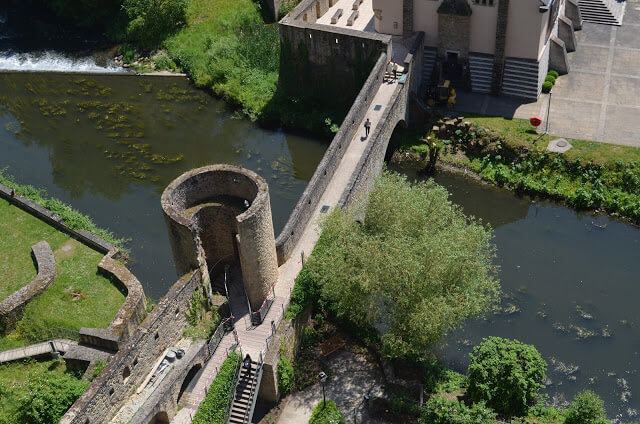 The most beautiful place of the city is near Chemin de la Corniche and the Bock Castle, there is a city lookout, because this part is uptown and you can see the entire lower part, there are also several medieval ruins. 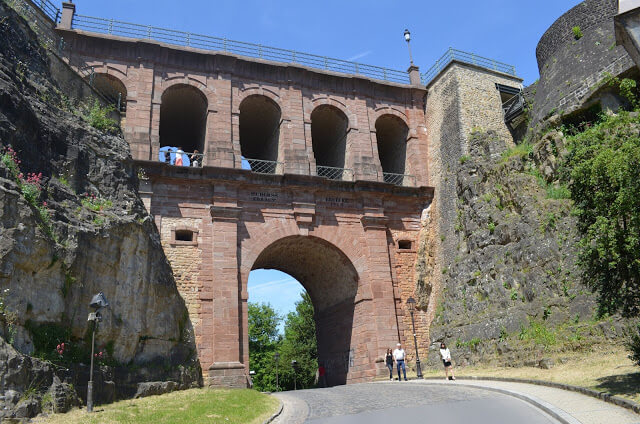 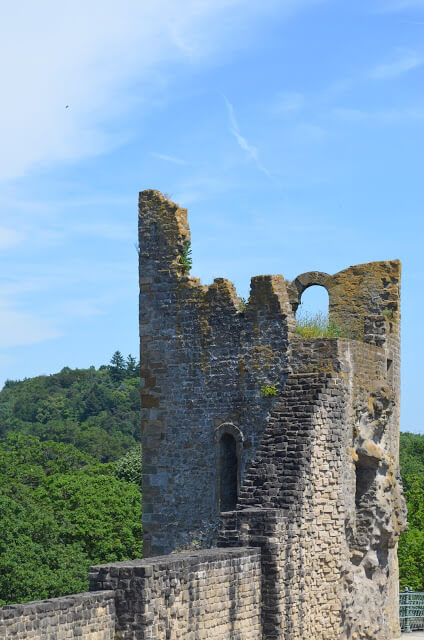 Another very beautiful part is the part of the old town, which is the lower town, with bridges, churches and old buildings. 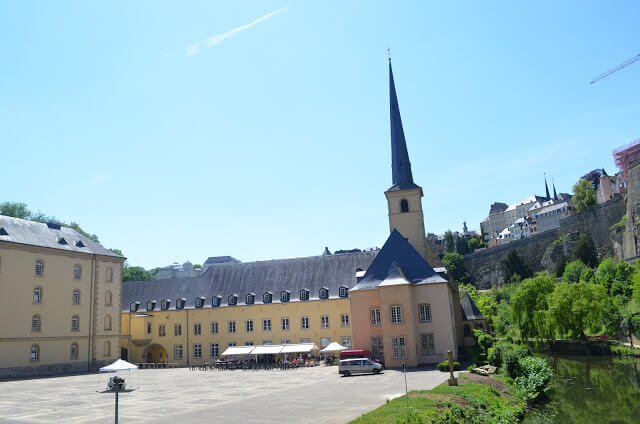 We had a problem in one part of the city, buy water and find a place to eat, I do not know if it was because it was Sunday, but the places we pass this part of town, it was close to Fort Thüngen, I had nothing open, nearly died of hunger and thirst, because we've been walking for a long time, but after a while, We got a place in the late afternoon, we were almost wasting away lol, It was a really cool restaurant (It looked more like a coffee actually) in front, the Palace, but he was great, full of delicious foods, beyond the view of the Palace, we also saw the changing of the guard, the price was pretty good, because Luxembourg is an expensive city, the restaurant's name is Chocolate House Bonn. Ah!I had some amazing cakes, but we do not eat no, we were well pleased. And after we had already eaten and already towards the train station, to return to Brussels, We find thousands of restaurants open lol, famosa lei de Murphy. Therefore, I said we had problem, only in a part of town… 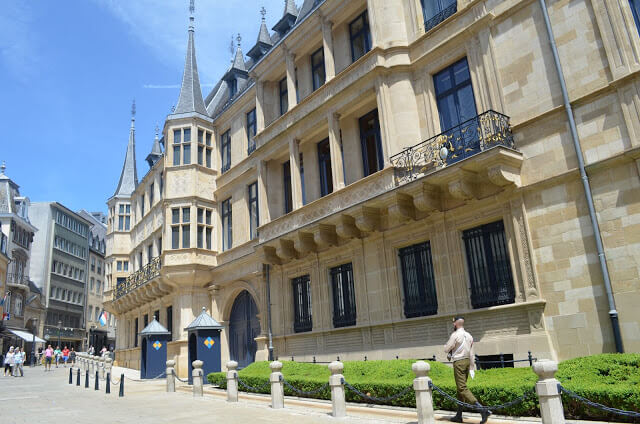 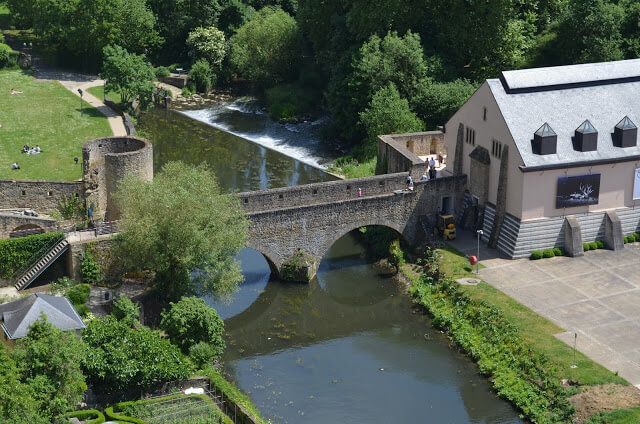 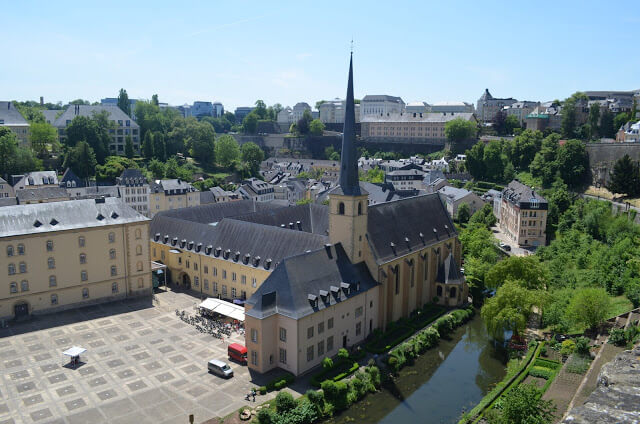 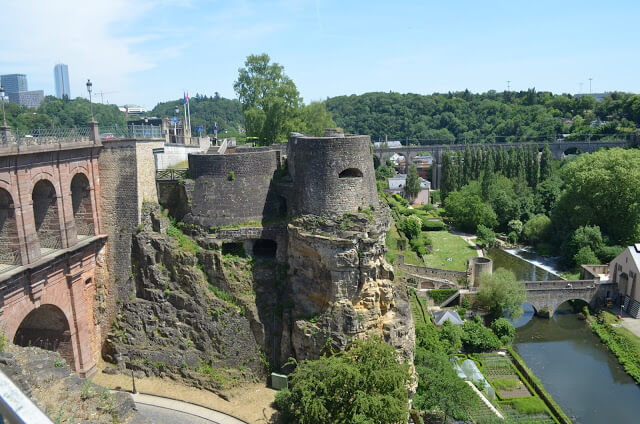 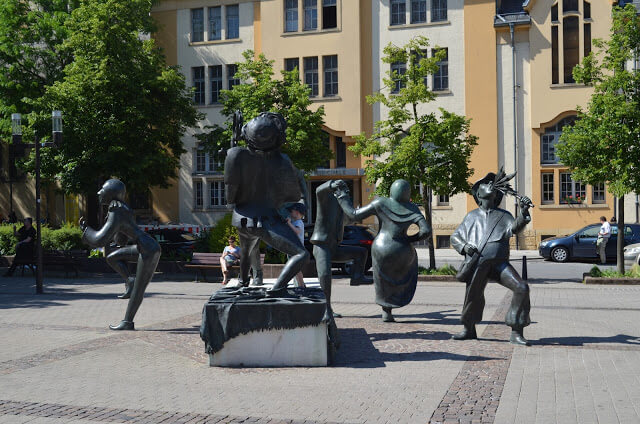 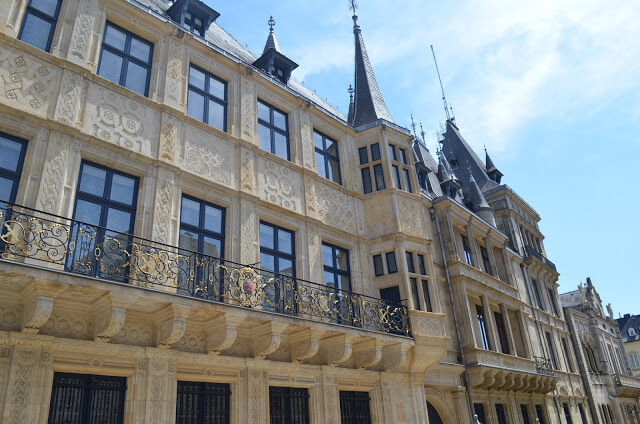 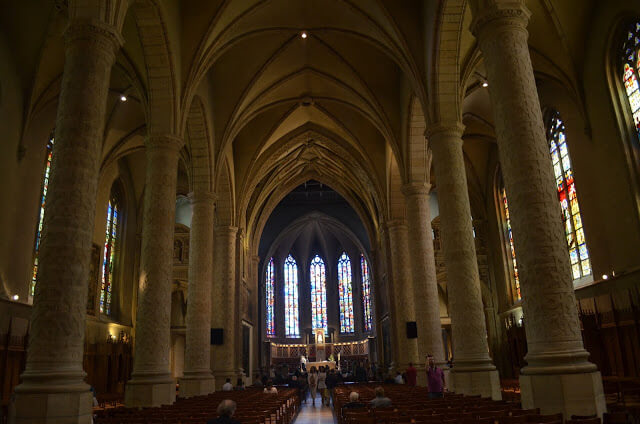 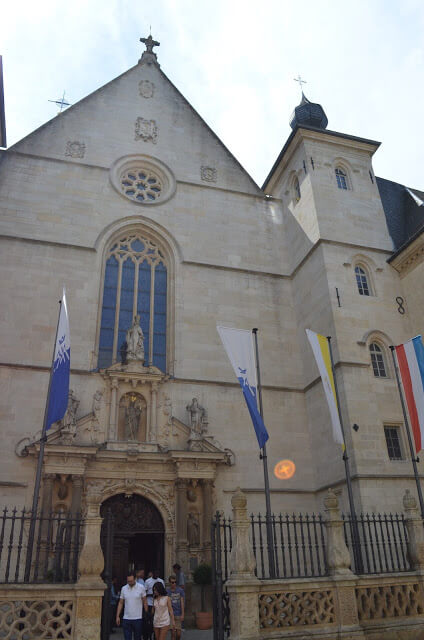 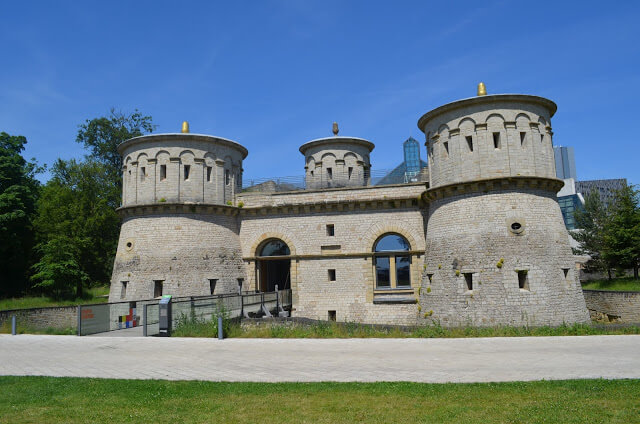 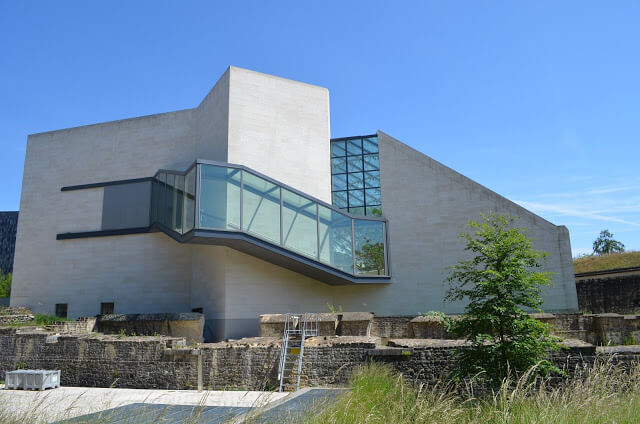 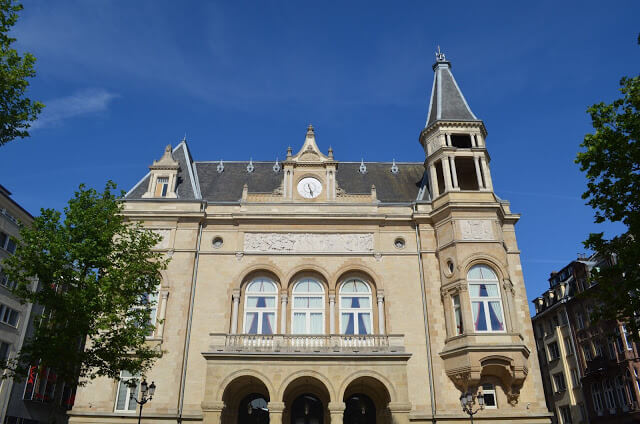 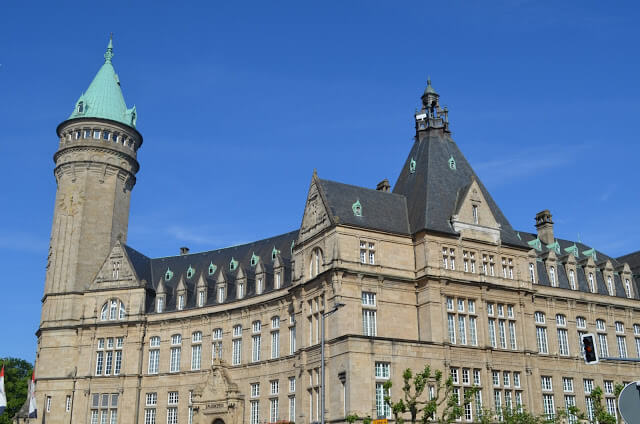 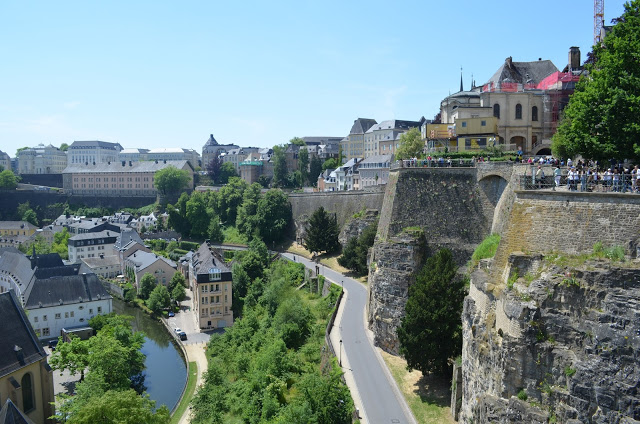 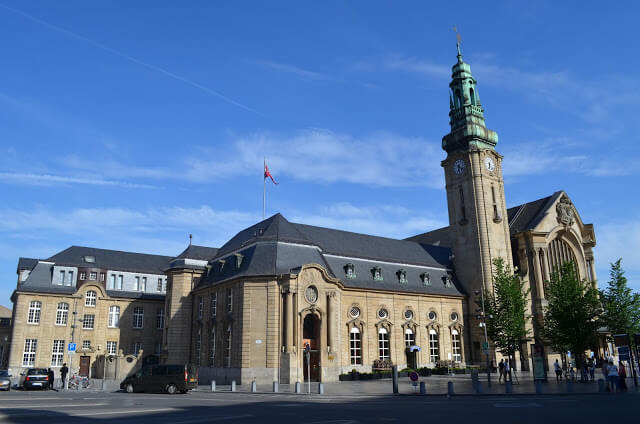 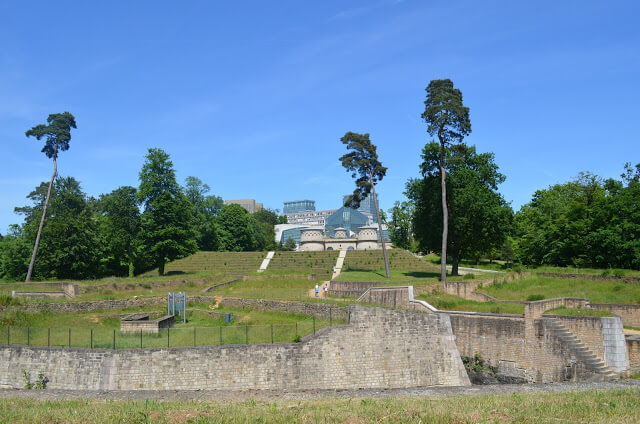