As we have said in other posts, We took a trip to the French Riviera, also known as Côte d'Azur, and one of the stops of this script by French coast it was on Monaco, located within this part of France.

City of Monaco It is very expensive and so only scheduled to spend a day there, we were staying very close, the French city of Nice, are only 20 Km away. As also already commented in another post, has 3 roads leading from one city to another, a road goes via sea, the other is in the middle of the mountain and the last on the mountain top, from these cities there are many things to know and do so We did one post on what to do between Monaco and Nice look at the post. 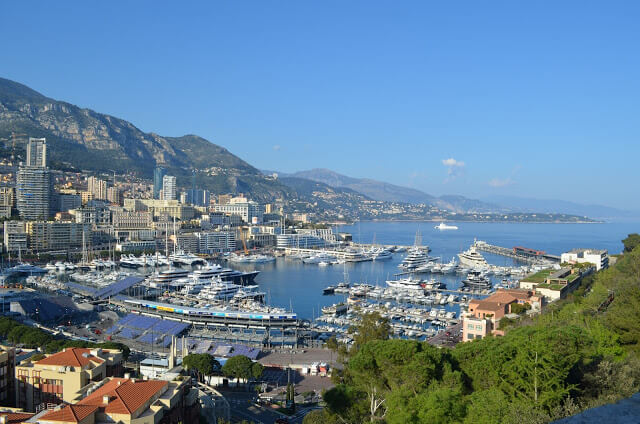 Continuing to talk about Monaco, as we were with car on this trip, it much easier, but you can also go by bus or train circular. As we were with the car, we take as soon as we arrived in Monaco to travel the Formula street circuit 1 Monaco, It was a very thrilling ride, because we remember much of the races we see on TV and in the past when Senna dominated the races this circuit. As a street circuit, everyone can do this route as often as desired, including passing through the closed curve, the tunnel and the arrival of the race, just can not run with the car as it is full of radars by city. 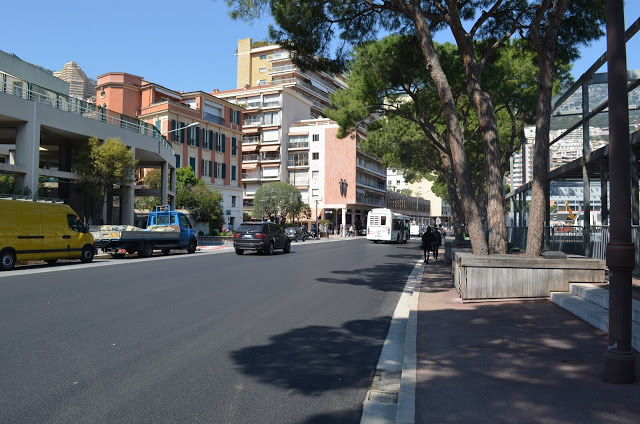 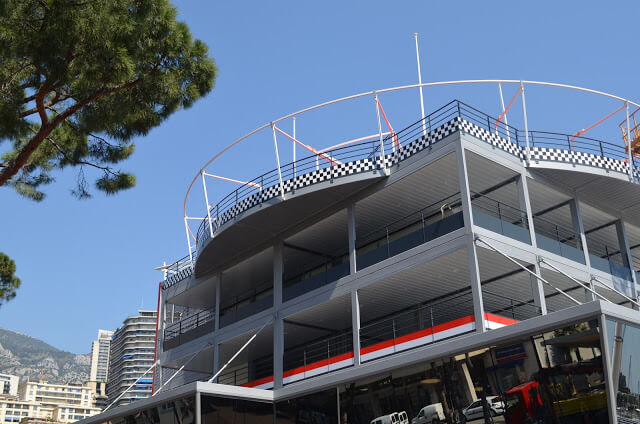 After we rounded the circuit it was a dream (My more than the Pri) We stopped the car near the port and we know the city on foot, It is the best way to meet all.

Again we passed for a large part of the circuit, the city staff was already mounting the structure of the race, what was missing more than a month for the race, we passed the finish line, this part of town have many structures and sculptures related to Formula 1, as old cars. 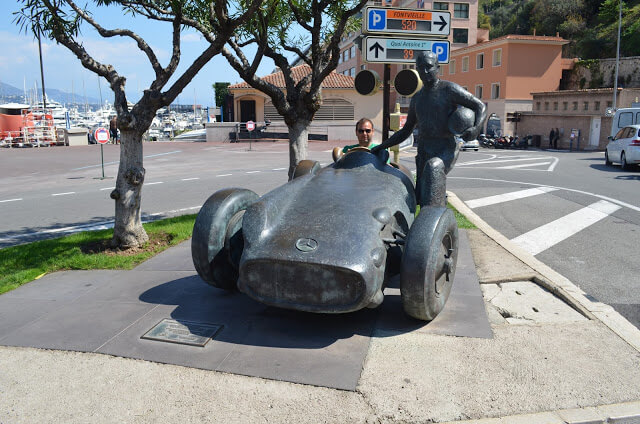 Just next door has a small and beautiful church, which is just under a viaduct, the city is all built on top of a mountain. 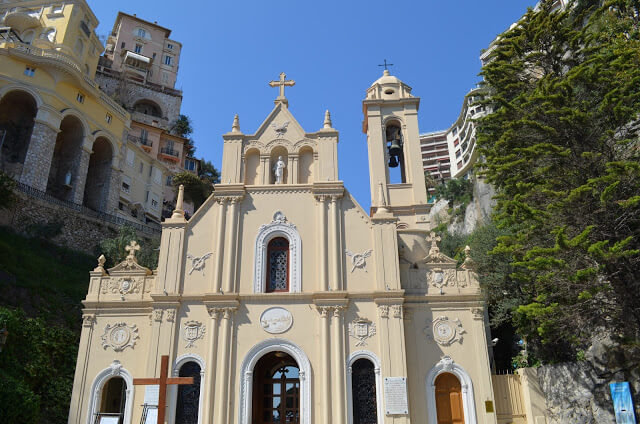 The Port of Monaco is well in this region, with its mega yachts moored, it is a beautiful place. 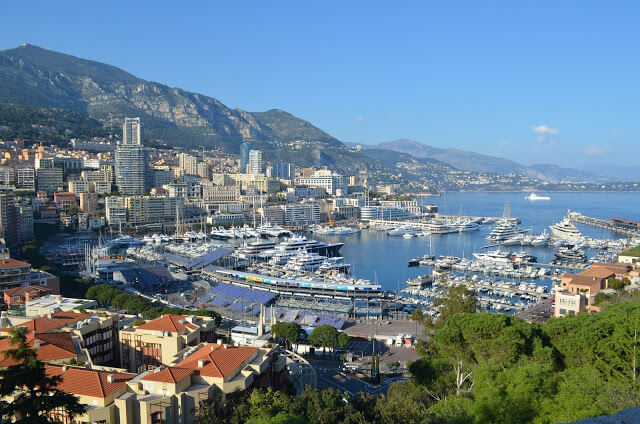 Continuing our tour we headed towards the main attraction of the city, which is a square, the part where the casino is, the hotel and the restaurant Café Paris, but before we get on the square known outside the Monaco Opera, a very beautiful building facing the sea. 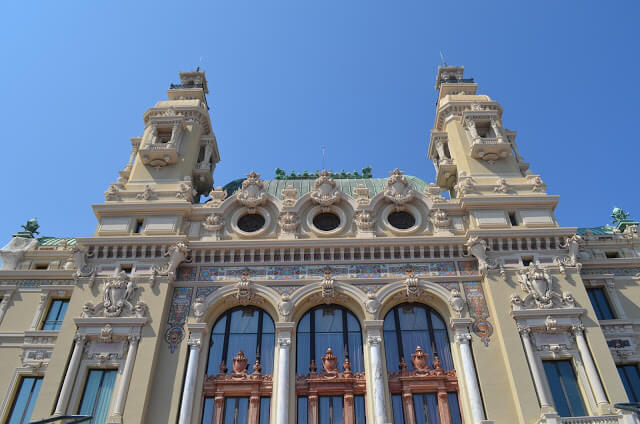 O Cassino de Monte Carlo already behind the Opera, Pri had a dream in knowing this casino inside, so that women can enter skirt or dress, For men can not enter shorts, I was in shorts due to the heat that was and had to wait outside while the Pri was making the visit, for what she said is very beautiful, very chic, with beautiful chandeliers, but she expected more, it has a part there that you just plug gala clothing, so she could not get into that part too, I think anyone will make a joint tour with gala clothes right? So I think that part is only reserved for the people who will actually spend good money on jogo.Assim as in some casinos. To enter the same in the “normal” you have to pay 10 euros and give the passport at the entrance to confer them if you are not there, for we have heard that whoever is Monaco can not enter (do not ask me why), oh and can not take pictures inside the game room, only in the first lobby. Pri was a 20 minutes inside, and she said it still worth entering. 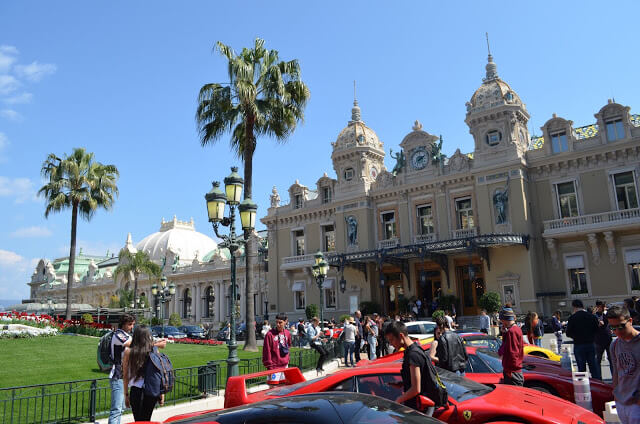 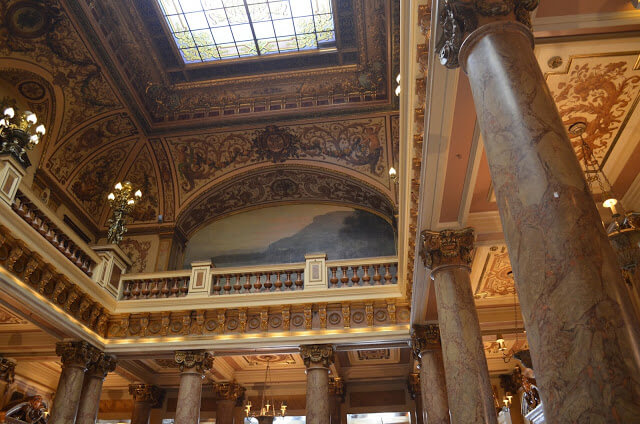 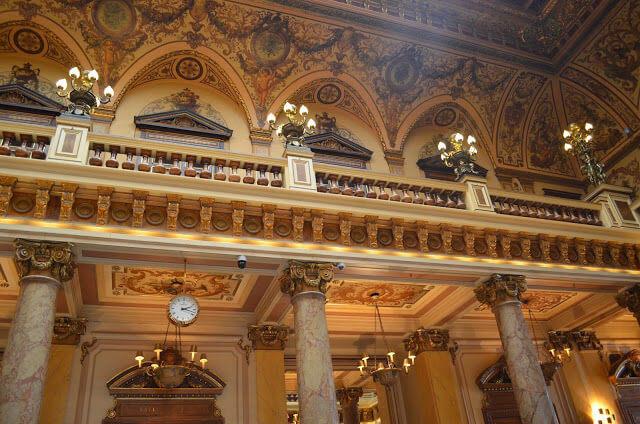 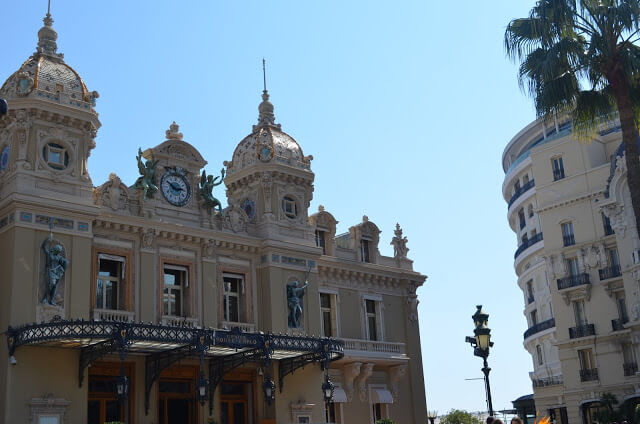 After visiting the casino, which is the square, has the restaurant Café Paris, we stopped for a beer, one of the guys who have already paid in Monaco life is too expensive, we pay 16 euros on a pint of beer (500ml), as ordered 2 were 32 euros 2 beers, we mega expensive, but they have a few things on the trip we make to be able to enjoy, We stayed there very very slowly sipping beer and enjoying to see the city, the big cars passing by. 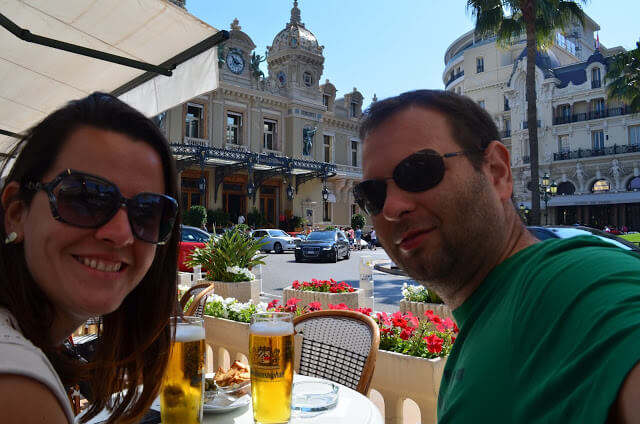 As with Café Paris was too expensive to eat, We enjoyed the wifi restaurant to see where he had some place cheap and as always found the good old savior, Mc Donald’s. 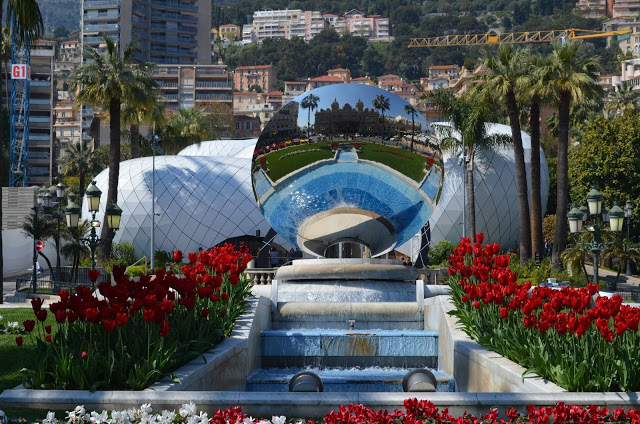 But before we go to Mc went through a beautiful Boulevard which is in front of the square, opposite the casino, is a kind of open-air mall with brand shops only, Boulevard is next to a very cute park. 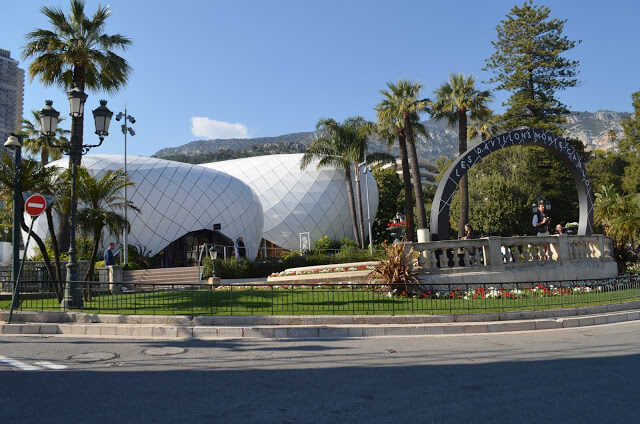 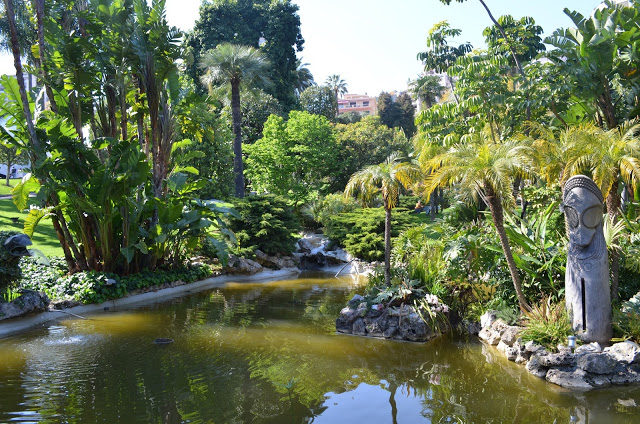 After we stopped to eat at Mc Donalds at the mall near the casino, we know a part of town that had not heard many people talk, for where we read and saw in videos the staff speaks more of this part of the city where the port, the casino and coffee. 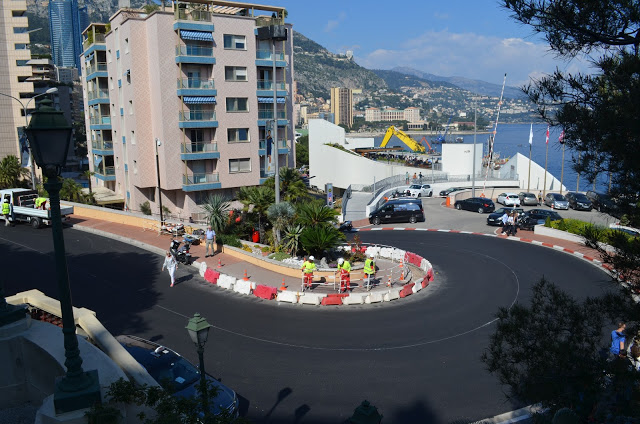 We took the car in the parking lot and we were in the old town, on top of a mountain, which are other really cool city attractions outside the view that the city has high that is wonderful.

High above the town is the village of Monaco, there was the city beginning, where the palace of the kings and princes of Monaco.

O Palace of Monaco We do not think sooo beautiful, It's beautiful, but close to other Palaces of Europe this is not as impressive nor old, not impressed us, but it has a gazebo next to, beautiful. 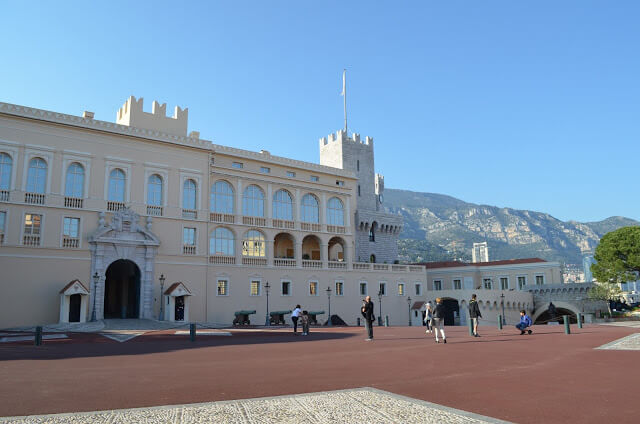 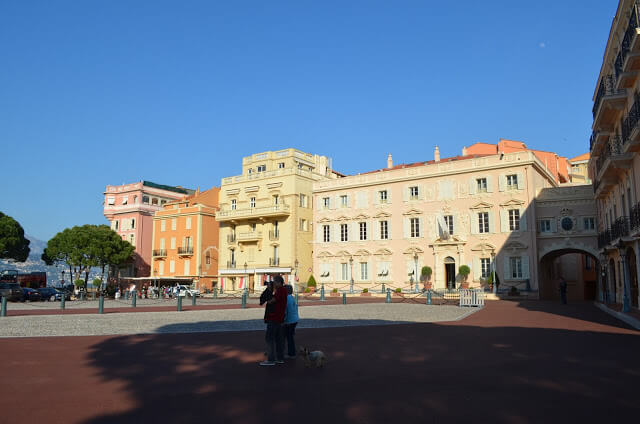 There is also Monaco Cathedral, Call St. Nicholas Cathedral It is very beautiful both outside and inside. 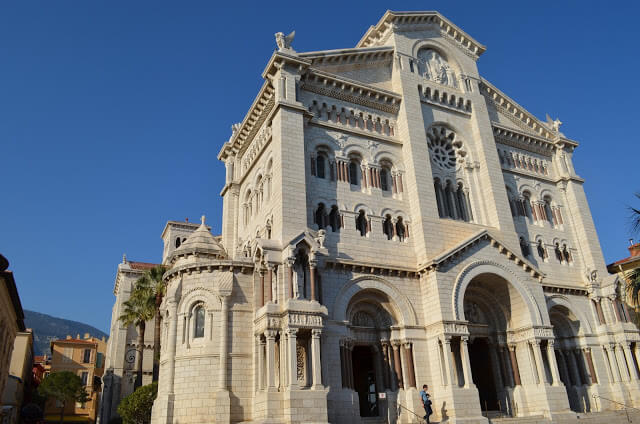 Beside it has a garden on the mountain side overlooking the other side of town. 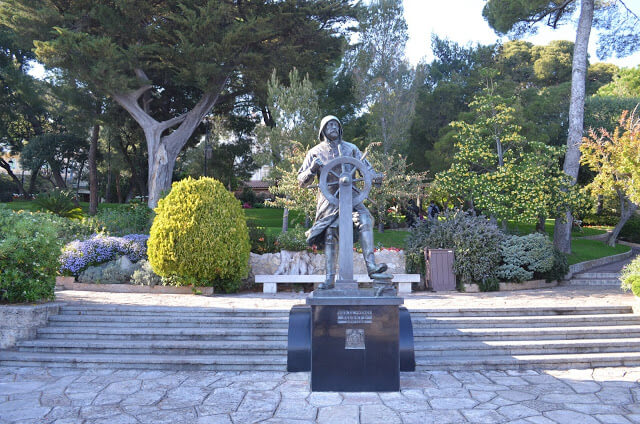 One of the most beautiful buildings of the old town of Monaco, it's the Museum of Oceanography, right in front of the sea, a white sensational building neoclassical style. 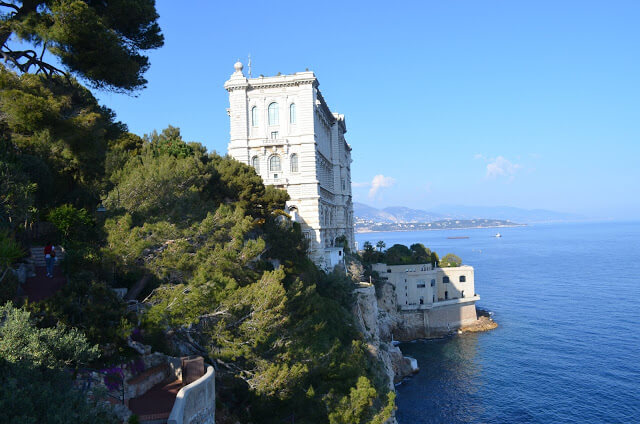 This was our passing by Monaco, We stayed there only a few hours (a 5h), because before we know Villefranche and in the late afternoon after meeting Monaco, already on the way Nice we visit medieval town of Eze .

It was a delightful day we spent there, it was very worthwhile and we recommend.