Attractions 1 Day in Bucharest, the capital of Romania surprised us by its size, for having the second largest parliament in the world and also many other surprises that will count most here in this post.

Bucharest was our penultimate stop on our penultimate day trip, We arrived in the city at the time of coming from Bran breakfast, in Transylvania, know where 3 cities beyond Bran where is the famous Dracula's Castle, also we went to Sinaia, the city of castles, rasnov e Brasov we made base to know all these cities in our Screenplay by Transylvania.

In addition to these cities in Romania, know other cities on the coast that we in the posts of Vama Veche, Eforie Nord e Mamaia.

As soon as we arrived in Bucharest went to our Hotel ibis Parliament Palace Bucharest City Center, We chose to stay in this hotel as well as being very good, with everything we needed in a hotel, they also had place to park the car, something very important in some European cities when it is car, but the main reason was its location, which is adjacent to the Parliament of Romania and the old center of Bucharest, which are almost all tourist attractions. 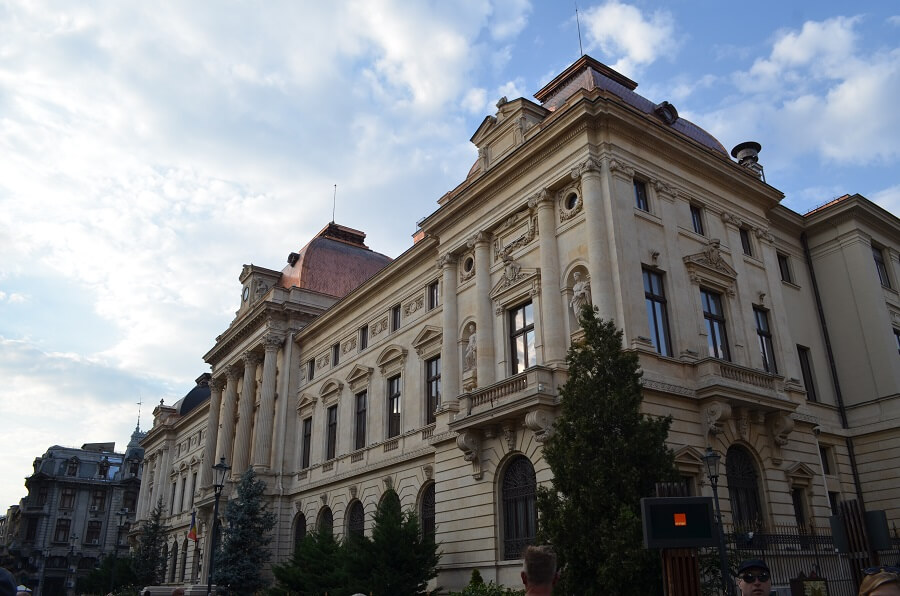 We were only there one day a, because as we toured many cities had little time to Bucharest, but we can say that in 1 day you meet a lot of the city, clear that the ideal is to have a 2 or 3 days, but the time is always short in our travels, then we try to make the most of the time we have.

Speaking a little about Bucharest, the city is the capital and the commercial center of Romania, who was part of the Soviet Union, the city is in the southeast of the country. One of its main attractions is undoubtedly its imposing parliament.

almost 2 million people is the largest city in Romania, even with an old historic center of the town is not old by European standards, the first stories told in the ancient books dating from the city 1.459. 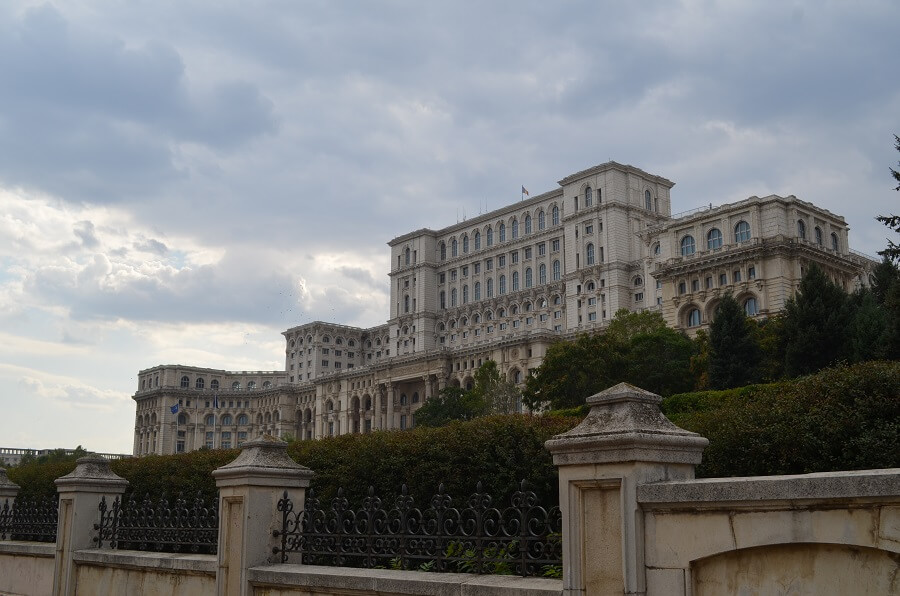 Romania, as well as Bucharest was not in the script of tourists, because for many years was a former communist country as part of the USSR, but after the fall of the USSR and the country becoming independent, soon after being part of the European Union 2007, the country has become sought after by tourists and is still an excellent place to visit, it is a very cheap place to stroll, eat and stay, the currency is not the euro, Lev is the Romanian that has a value similar to that of Real.

The country is quite safe, we had no problems anywhere that we and the capital is also quite safe, many people do not speak English, but in most tourist places yes, but nothing that a good mimic not solve. The only place we had trouble was the last day of trip, na leaving the country.

What to do, visit in Bucharest and what are its tourist attractions?

O Parliament of Romania or Palace of Parliament It is the second largest parliament in the world, It is not only higher than the US, plus big is beautiful and very refers Soviet buildings, Parliament has over 1.300 rooms, and can be played. 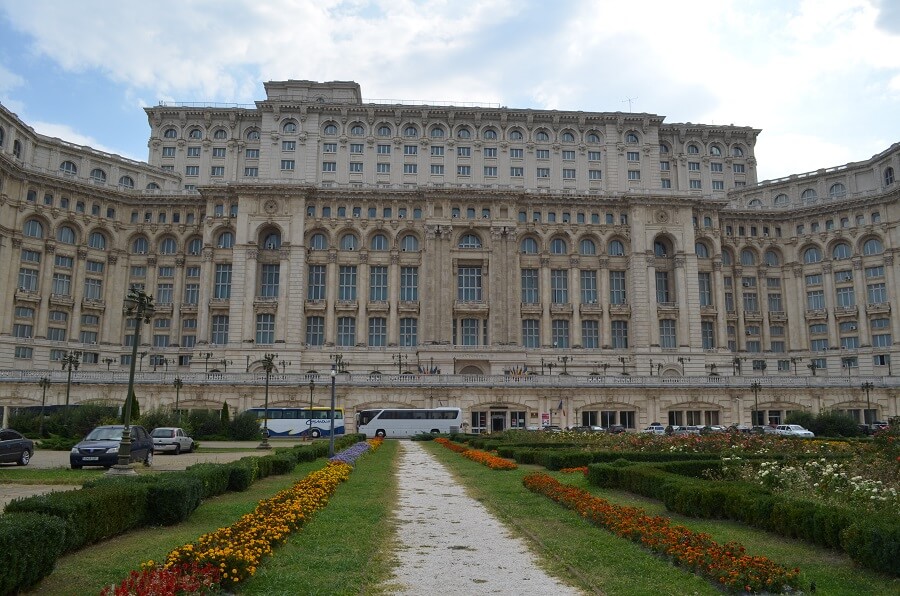 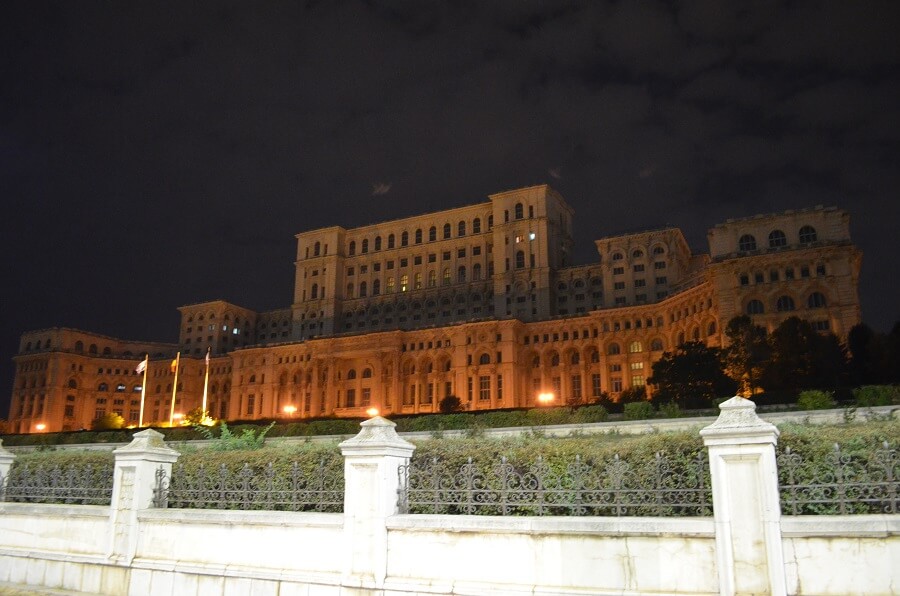 A beautiful, wide avenue that begins at the Romanian Parliament through the beautiful Bucharest Source following for more kilometers. What has lembra Champs Elysees in Paris. 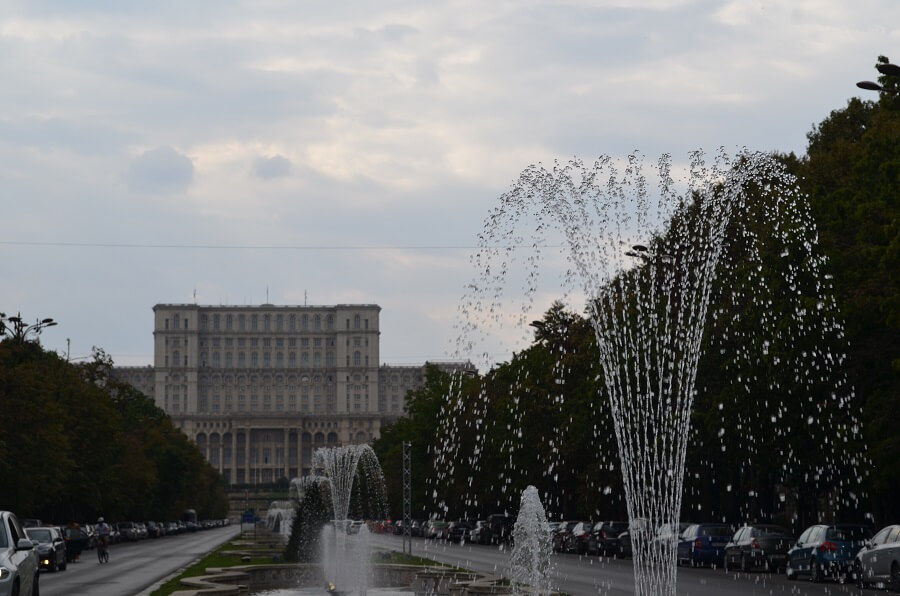 As Bucharest artesian sources that are on Avenida Bulevardul Unirii is beautiful in the morning and wonderful night, since it is all lit up, one of the city's postcards. Speak it has to show where the fountains dance and have light, but not seen, so we do not know if it is as the source of Dubai or Barcelona 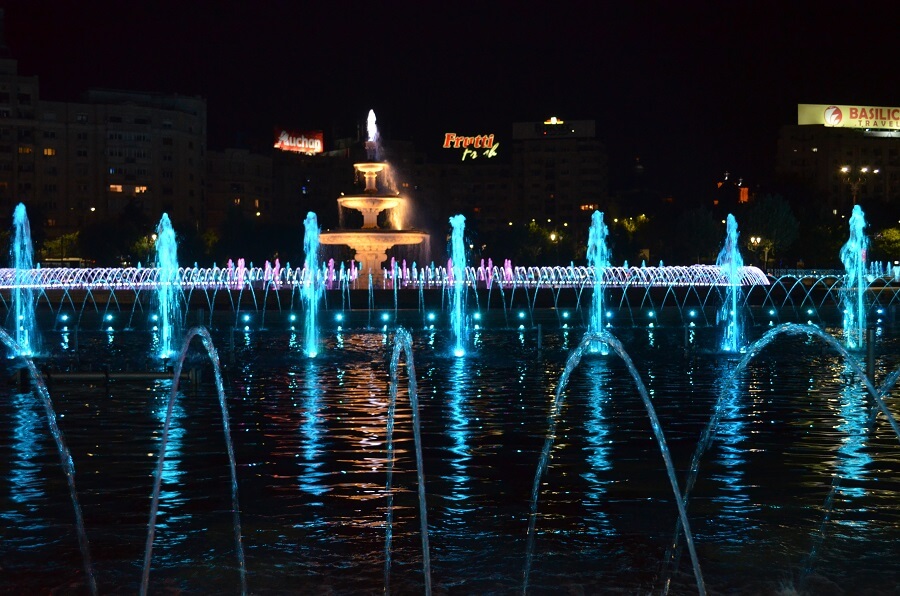 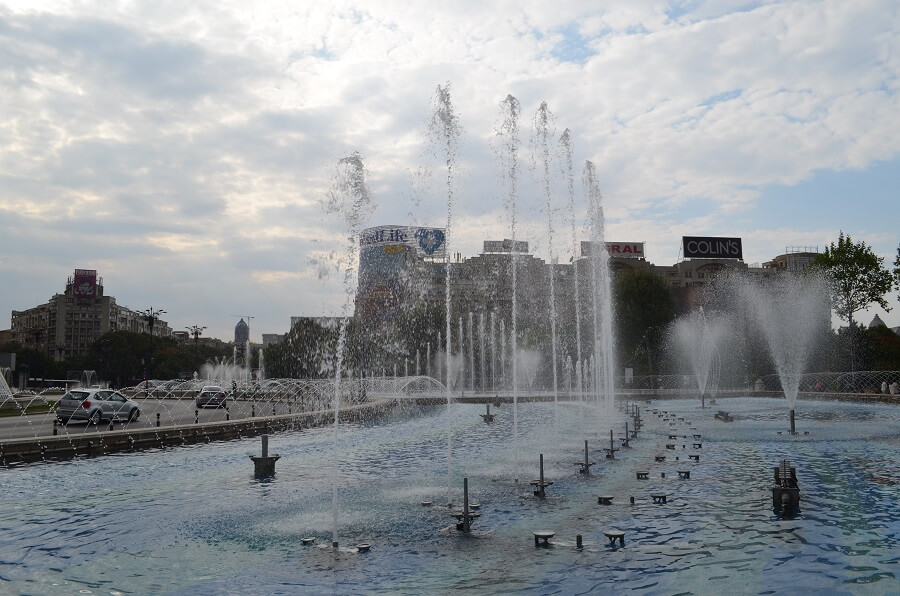 A beautiful building on the banks of the river that runs through the city, say that inside is very beautiful, We do not enter. 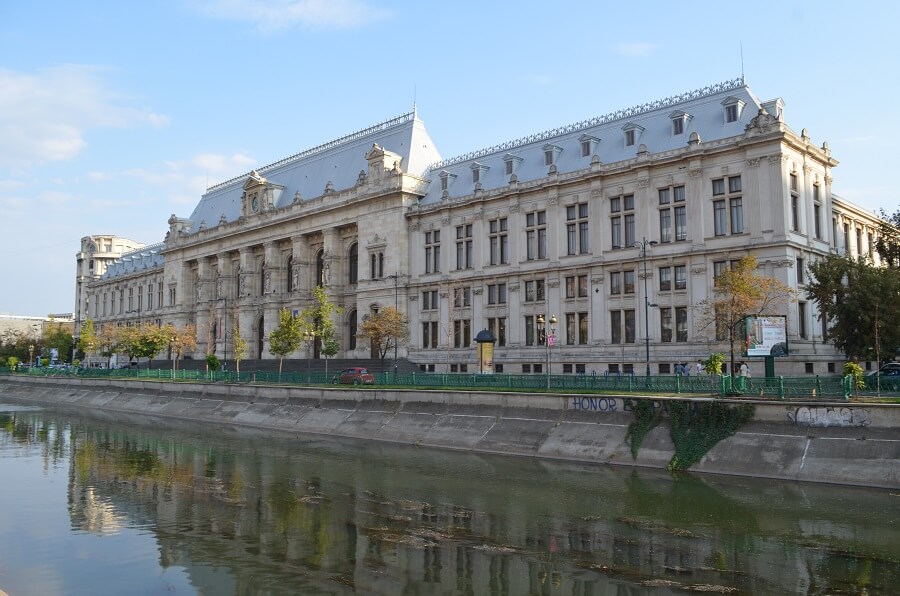 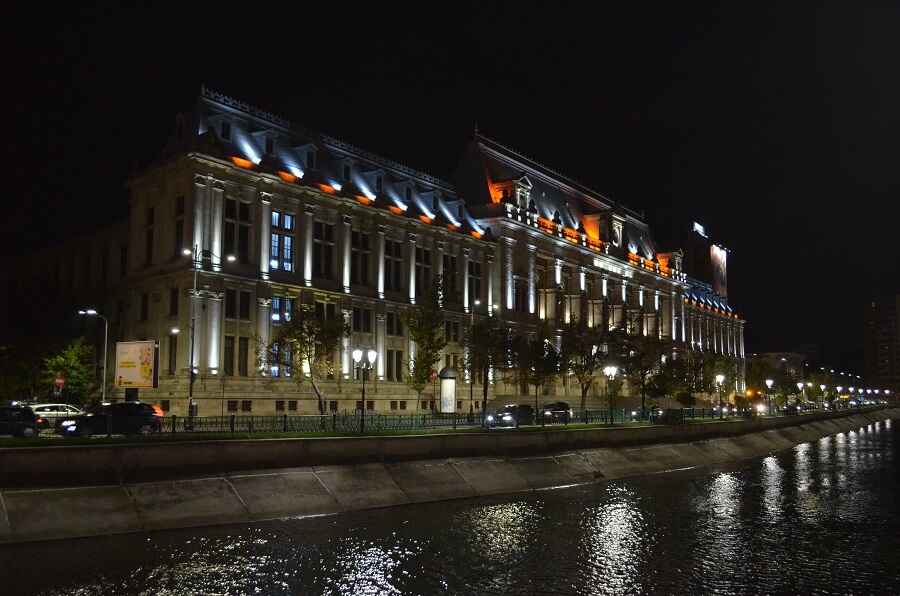 A Church of St. Anthony in Bucharest It is one of the oldest buildings of the city, which as we said is not as old as other European capitals. 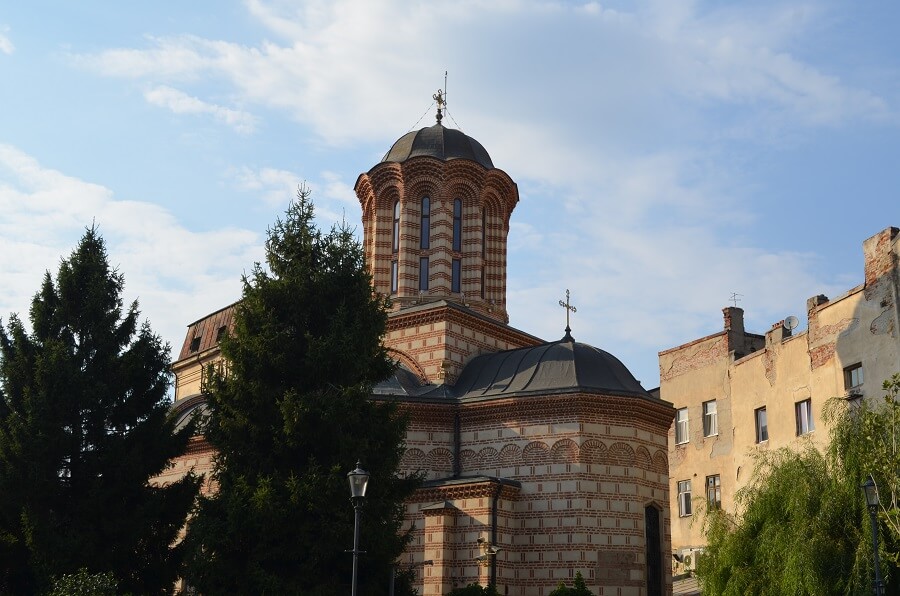 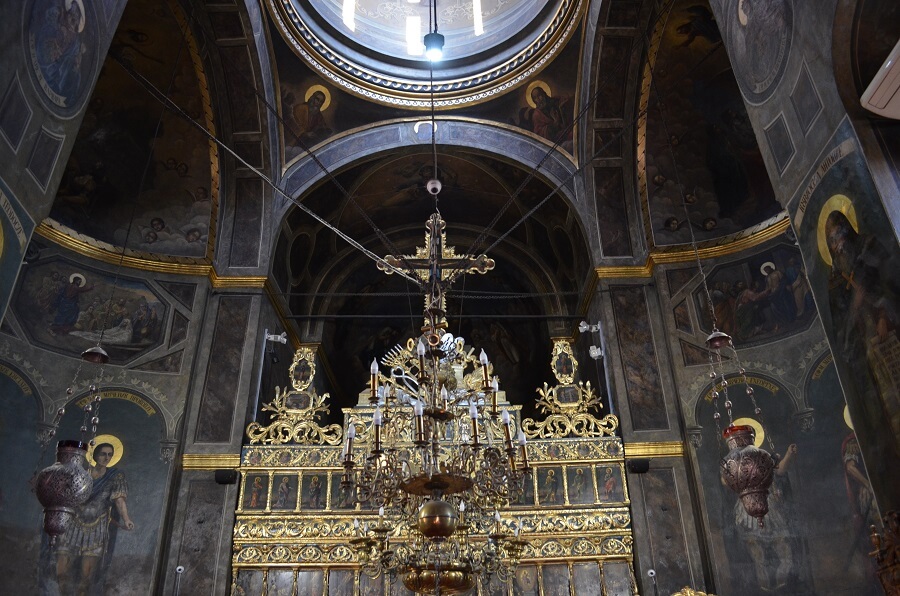 O Palace Curtea Veche Church which is next to the old city, was Pricipe residence of Vlad Tepes known as “or Impaler” and that the Irish writer Bram Stoker was inspired to write the famous novel Dracula, but for the whole Romania was a great hero who defended the country from many invasions, these conflicts, every time he won impaled his enemies alive. 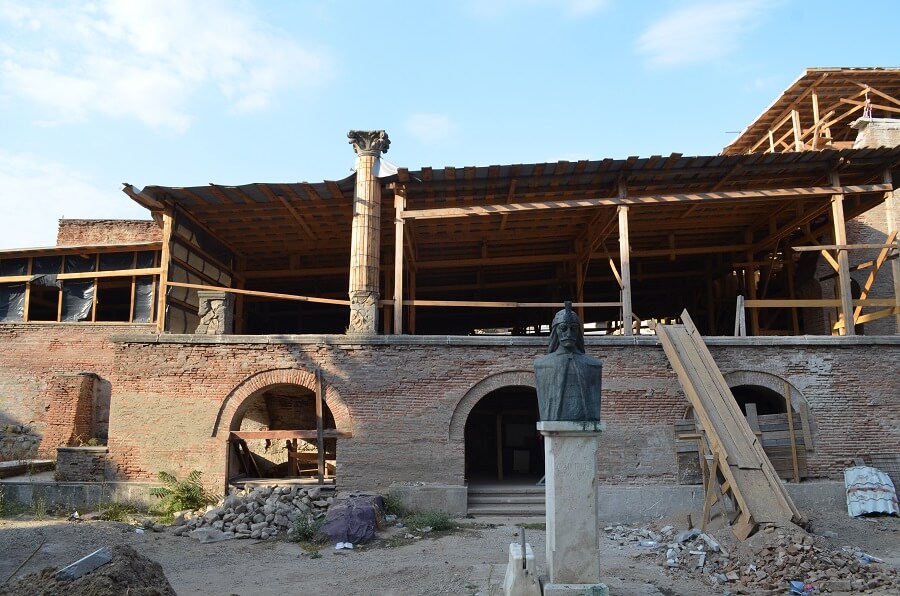 We were visiting the castle he lived in the city of Bran, Bran Castle today is known as Dracula's Castle, is very beautiful, but there's nothing scary.

Too bad the Curtea Veche Palace was under renovation and did not yield to visit.

Another church that is at the heart of the ancient city of Bucharest, which draws attention to her is a beautiful watch in the garden Church of Saint Demetrius (Saint Demetrius Church). 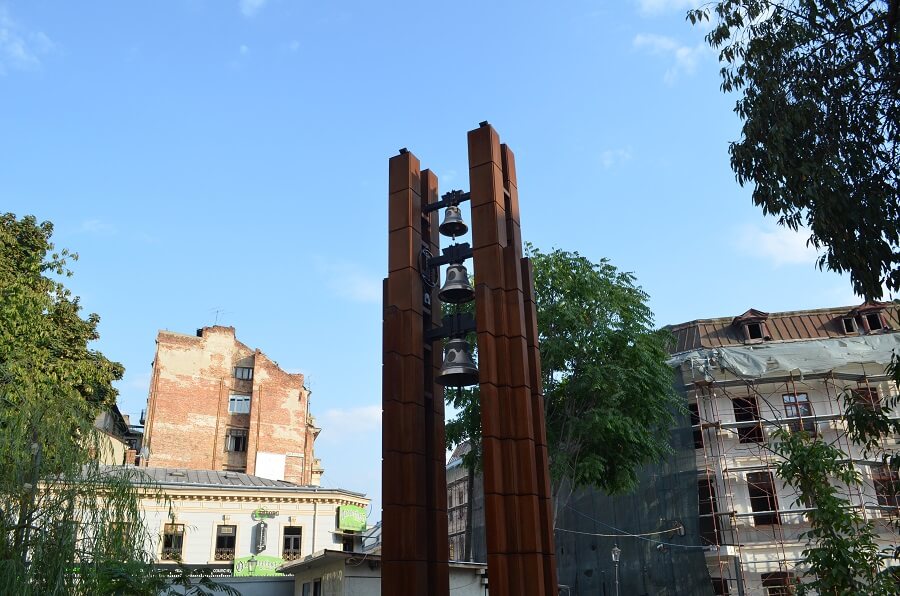 Main museum of the city and country, O National History Museum of Romania where as the name implies, It tells a little also the country's history. 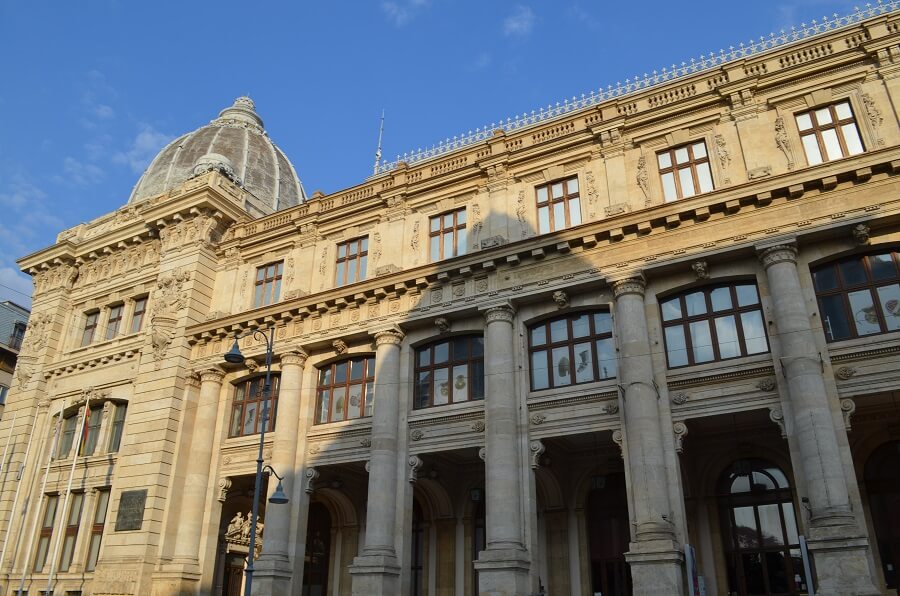 CEC Palace an ancient palace that today is the headquarters of Bank of Romania, It has a majestic dome. 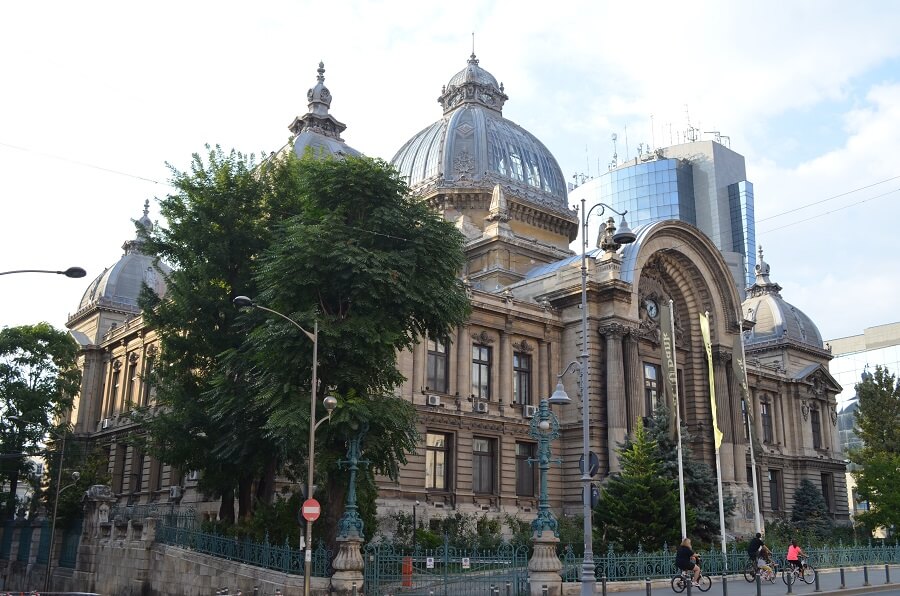 Church of the Monastery Stavropoleos, an ancient monastery in the middle of capital, linda. 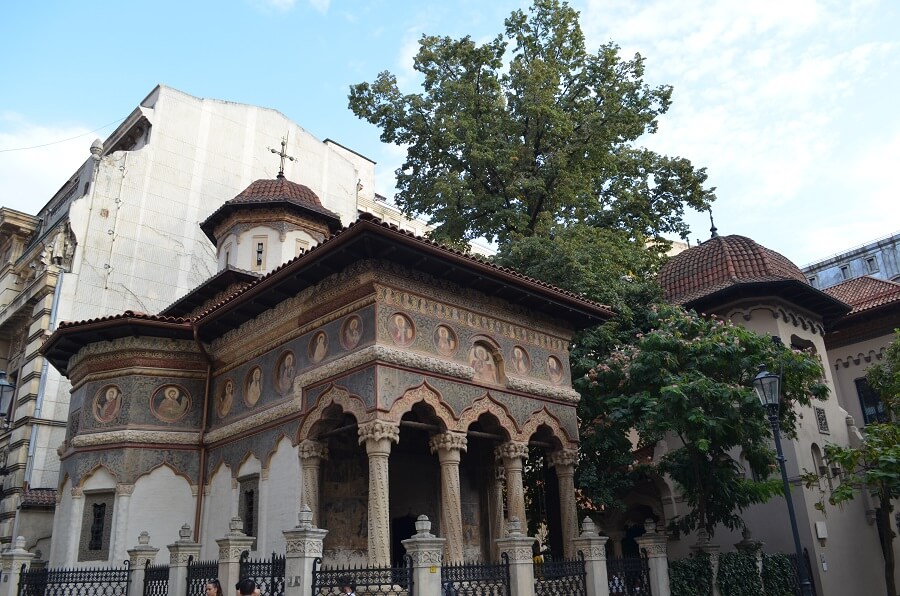 If you are in the Romanian capital and are looking for places to eat well and cheaply, the Caru cu Bere in Bucharest is the restaurant you're looking for. This restaurant, where you savor traditional Romanian food, It is one of the best in Bucharest, as it is very crowded we just came to take pictures.

Its history dates back to 1879, when it was founded as a traditional brewery. About two decades later, it moved to its current address in the street Stavropoleos, is the most famous restaurant in Bucharest. 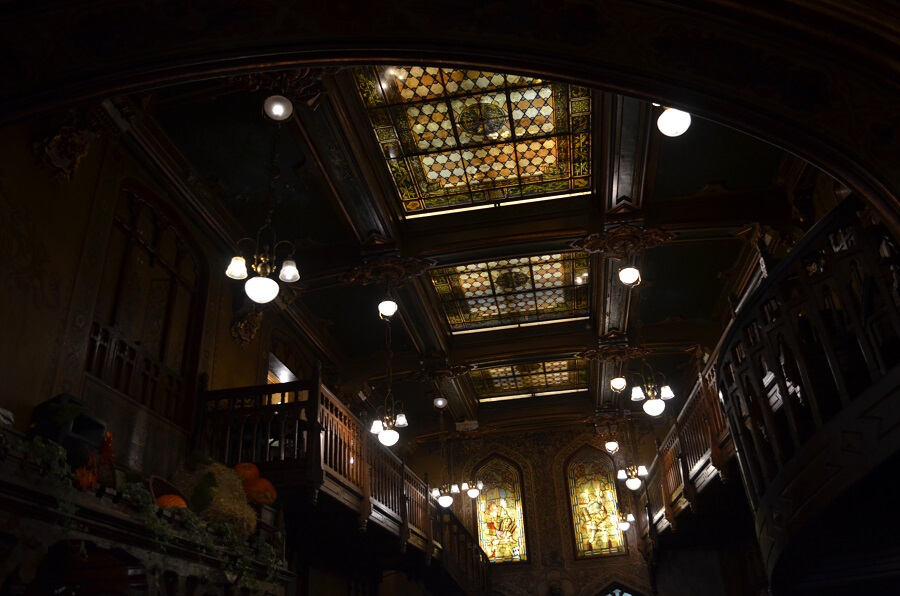 This centennial restaurant is not just a place with good food, but also to visit him is a way to absorb the culture and Romanian history. The decor consists of murals, windows and columns that remain over time, homage to the old bartender, music and dance music make the atmosphere something special. Therefore, It became a fixed stop for tourists.

O Caru cu Bere It offers a menu with traditional Romanian food, where you find dishes. Not to mention the beer is made there.

As the name says, was one of the important places of the Romanian revolution there is the Statue Carol I of Equestrian, an impressive work in bronze, with 13 meters high, with high symbolic value for the Romanian nationalism, because Carlos was the first king of independent Romania, by which is a symbol of national unification of the country. 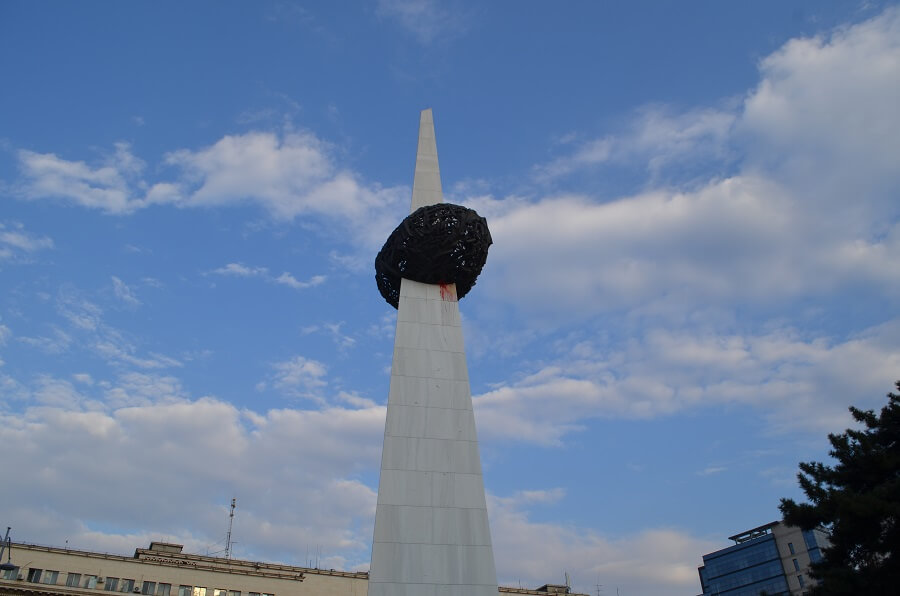 In Bucharest this square is one of the most important universities in the country and the building is very beautiful and imposing.

Almost all the tourist attractions of Bucharest are in old town center, only Parliament and the sources that are not there, a place to meet each city alley, where they are also many restaurants and bars, during the day and the night is full of tourists, because in addition to restaurants and bars, the ballads are out there too. 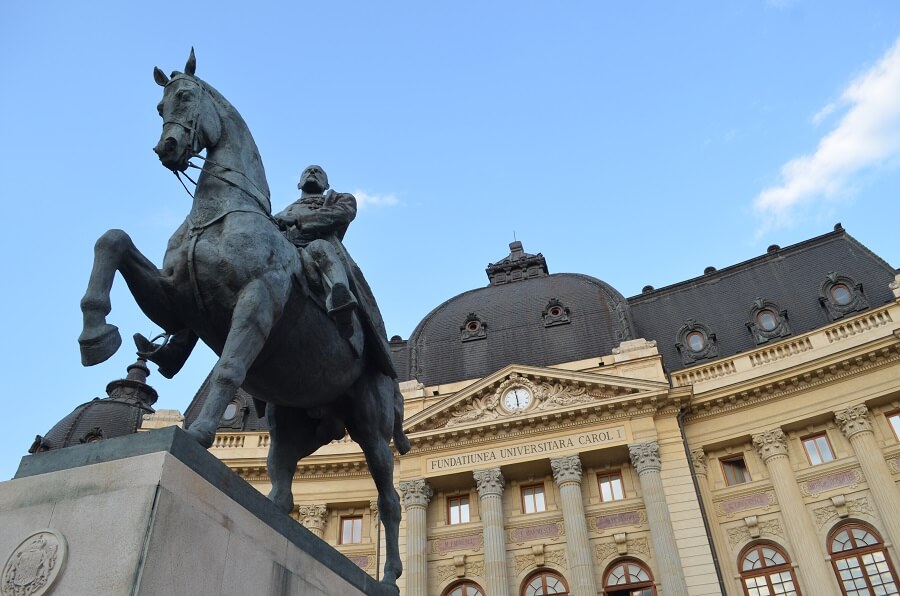 The Strada Smardan Street was where we stopped for dinner, there is plenty of restaurants, we chose the Xclusive Pub, excellent restaurant with typical dishes of Romania, It has a very good price and cheap.

That was our script 1 By day Bucasreste, Here we made a complete guide Attractions 1 Day in Bucharest, this amazing city to visit and little known by tourists.

Where to stay in Bucharest?

as discussed, we stayed at Hotel ibis Parliament Palace Bucharest City Center but Bucharest has plenty of hotels to suit all tastes and pockets, as hotels: City Tower Accommodation, Hello Hotels Gara de Nord, Hotel Parliament, Hotel Duke Armenian – ex Time, all these hotels are in the city center and are recommended by the tourists according to their scores on Booking.

CategoryEurope What to do in Romania

Things to Do in Nessebar, Bulgaria