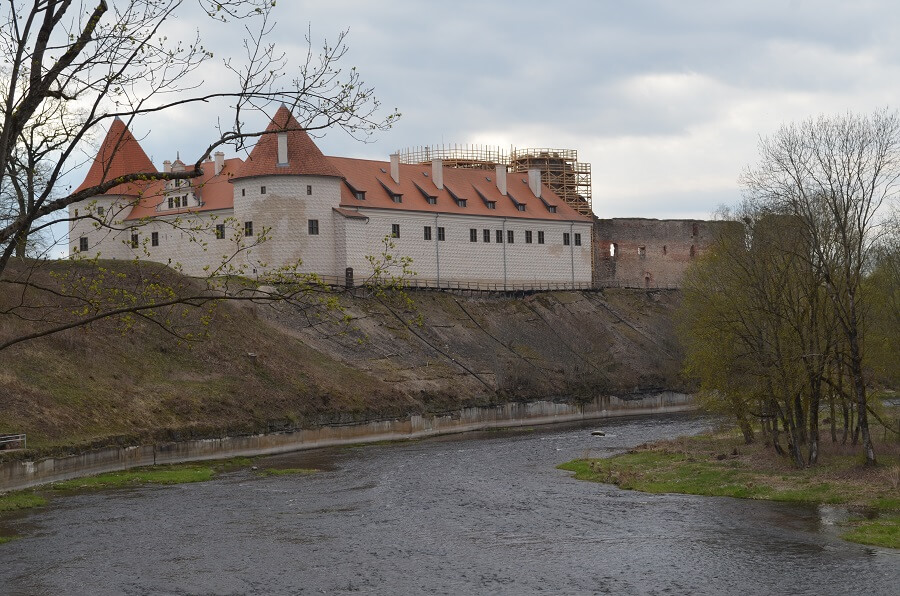 Things to Do in Bauska in Latvia, a city which is located 66km from the capital of Latvia and only 20 Km from the border with Lithuania, the city is at the confluence of the rivers Musa and Mēmele.

Bauska It is a city that has suffered many wars, as Polish-Swedish War, the Russians in the Great Northern War, with Napoleon when he was on the way to Russia, after so many wars, Bauska lived a quiet moment and prospered by being in the way you enter the capitals of Latvia is yes Lithuania. 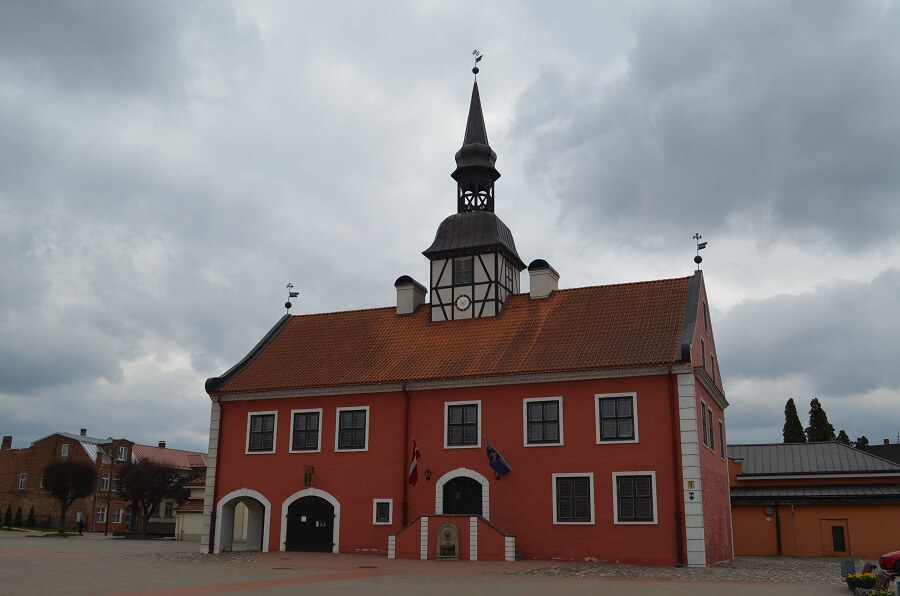 At that time many Jews from Germany They settled in the city, but again the city was taken in World War I, logo Latvians made a war for independence and Bauska that time was invaded by the Russians sometimes, but the city prospered greatly between the first and second war.

In World War II the city was invaded again but this time by the Germans and many Jews living in the city were sent to concentration camps, during the war the city was almost completely destroyed.

The reconstruction was slow and long under the domination and repression of the Soviet Union, since Latvia was part, until today has many abandoned houses, the city that was great today is small, but very beautiful, we visited the city in a script that made by Lithuania, Latvia and Estonia, Bauska was not in the original script, We got to know the city that she was next to one of the most important attractions of the country, The Palace of Rundale. 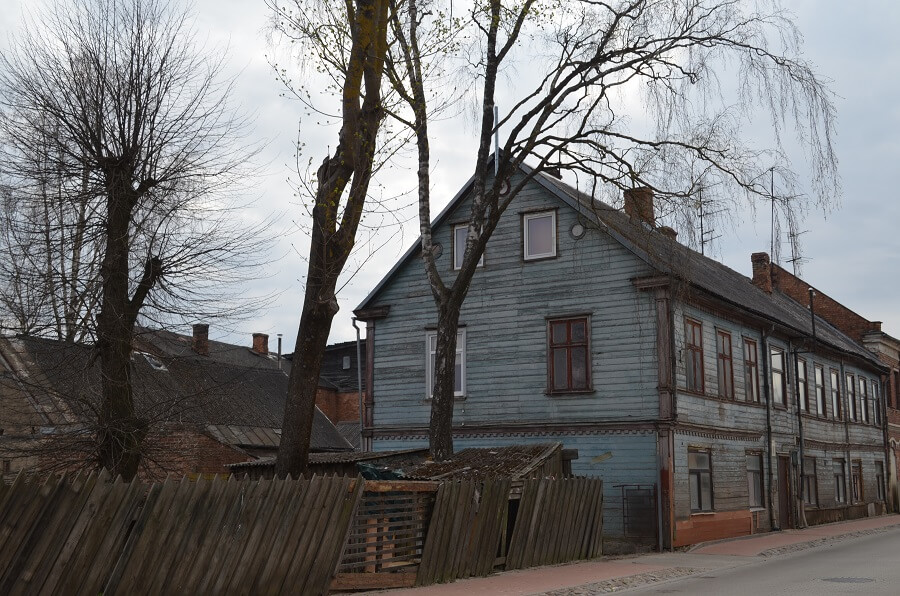 O Rundale, also known as the Palace of Versailles in the Baltics, It is less than 10 minutes from the city, that day visited the palace by 2 hours and then went to lunch in Bauska. About Palace Rundale we have details in another post.

In addition to having lunch in town, which luckily found a wonderful restaurant called Tornis, where we ate a typical food of Latvia, which is a breaded pork steak with cheese sauce, delicious salad and potatoes, and still very, very cheap, 17 euros per couple, with half-liter beer, half the price you pay in many other places in Europe. 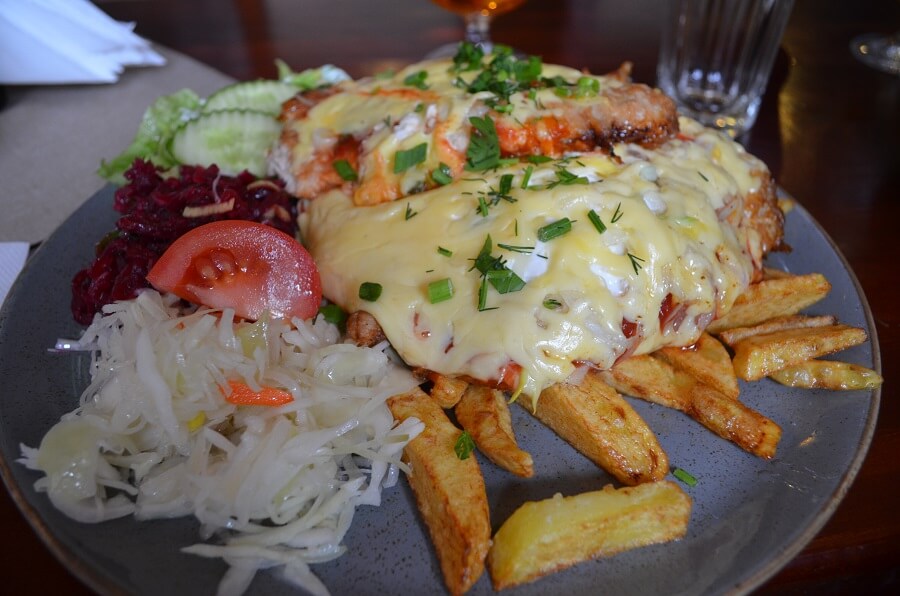 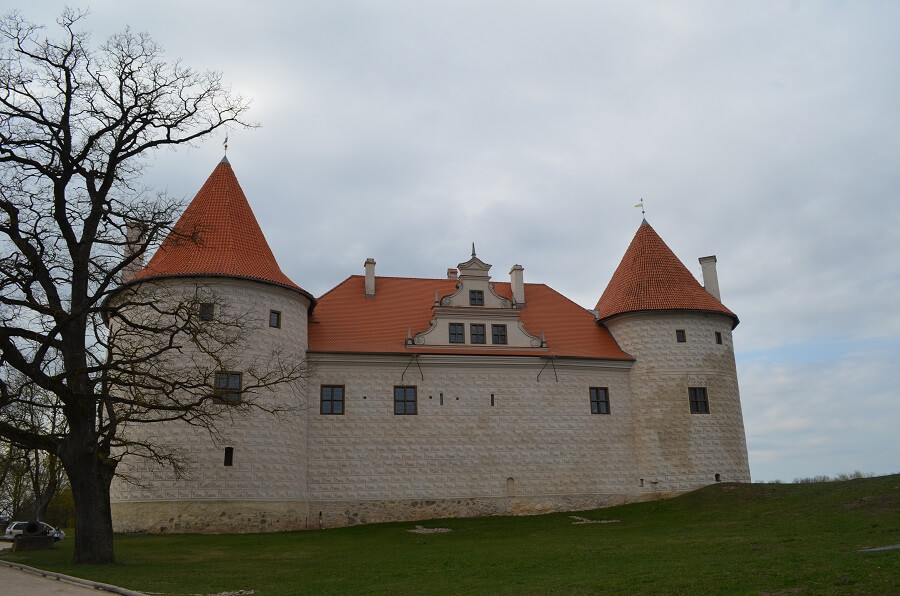 The castle, It has recently been restored and a part still in the works, on narrow peninsula at the confluence of the rivers Musa and Mēmele, where they form the river Lielupe . In ancient times, the hill was the site of an ancient fortress semigaliana . The first stone buildings were established between 1443 e 1450 the Livonian branch of the Teutonic Knights and the construction continued until the end of the sixteenth century. The old part of the castle had a large watchtower. 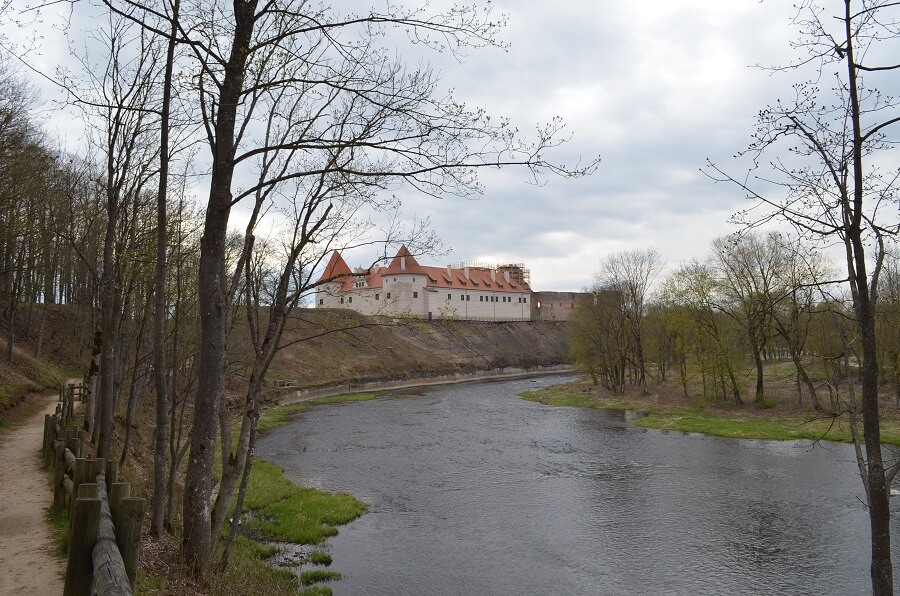 After the collapse of the Livonian Order in 1562, Castle Bauska became one of the residences of the Dukes of Courland, for whom a new adjacent wing was built in the seventeenth century. In 1568, 1590 e 1601 os parliament (representative assembly) the Duchy of Courland and Semigallia were held here.

In 1706, during the Great Northern War , both the castle and the palace were blown up by the Russians retreated and were not restored.

Today only ruins remain in the Livonian Order's headquarters. The palace, However, It is fully restored and can be visited daily during the summer months. Visitors can explore the castle, visit the museum, eat no coffee, climb the castle, the watchtower, which has a panoramic view of the surrounding city and countryside.

Another interesting point of the city is Anti-Soviet and Victims of Repression Of Monument, representing a dark period of the city and the Soviet socialist rule. 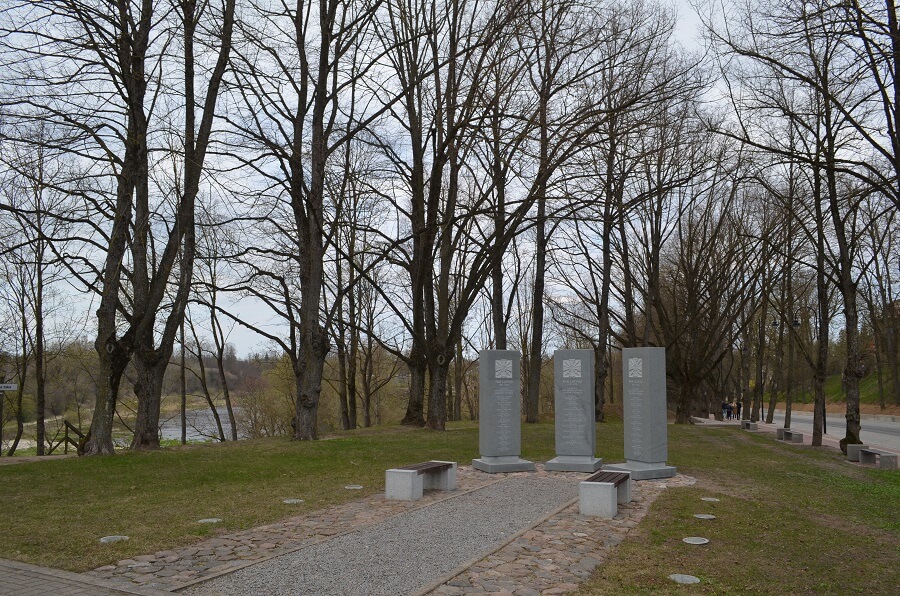 After stopping in this city with so much history it was time to go to Riga, capital of Latvia, where we slept 2 nights, soon we will count it has to know this beautiful city.

He feels like traveling after so many tips? The Blog TurMundial gives you even more tips to ease your travels: Want to book a hotel? Book hotels with great prices by Booking. Want to book an apartment, home, boat or even a tree house and still win 100 real in his first stay? Book all these and many other choices of places with great prices by Airbnb. Want to buy advance tickets for various attractions and tours without those huge queues? Buy Ticketbar Want to rent a car? Undoubtedly indicate the Rentcars.com it seeks the best cars and market values. You need to send or receive money to / from abroad, without paying those absurd charges of bank or exchange houses it Wise You want to avoid problems in the middle of his long-awaited trip? Hire a travel insurance with any of these companies Real Travel Insurance, or insurance Promo You want to avoid those sky-high mobile bills at the end of his international trip? And yet able to do, receive calls and use the internet? Buy an international phone chip with any of these companies: OMeuChip or with the or with the OBS: We emphasize that the responsibility for providing the services / sale and delivery of products, suppliers are described above.
CategoryEurope What to do in Latvia?
TagsBauska Bauska Castle destination RBBV Europe Latvia Anti-Soviet monument Baltic countries