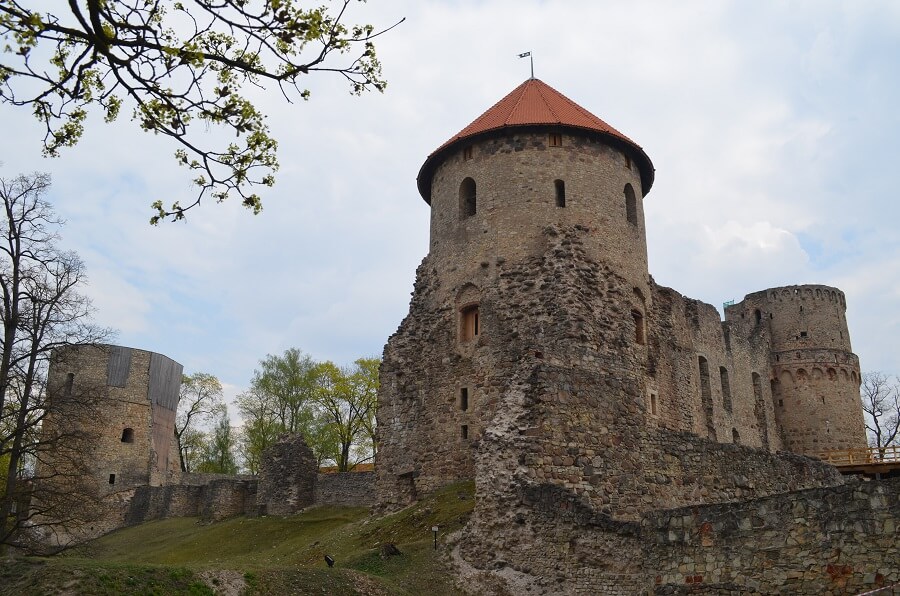 Things to do in Cesis and Cesis (Latvian), in Latvia, city ​​that is less than 100 km from Riga, capital of Latvia, surrounded by a large green area of ​​the country, with several parks, He enchanted us and explain you why.

We went to Latvia on a script that did the three Baltic countries, Lithuania, a Latvia and the Estonia, as did the rental car script, We plan to visit many cities and Cesis was one of those stops.

We started the trip by Lithuania went through Vilnius, Trakai, Kaunas, Siauliai, Hill of Crosses, already in Latvia went to Palace Rundale, Bauska and Riga, then up to Estonia, we visited Parnu, Tallinn, Tartu, We returned to Latvia know Cesis e Sigulda, We returned to Lithuania and we passed Panevezys Return to the car in Vilnius, one reason is, always come and go with the rental car to the same city because of the value of car rental which is much cheaper if you pick up and return in the same place, return rates are usually per km away, that much more expensive.

The trip was 10 days, We love meeting the three countries, We arrived at lunchtime on Cesis coming from Tartu, almost all the roads we took are simple hand, with a speed of maximum 90 km / h which made the drive to be slower, but the good thing is that it has no toll on any of them. 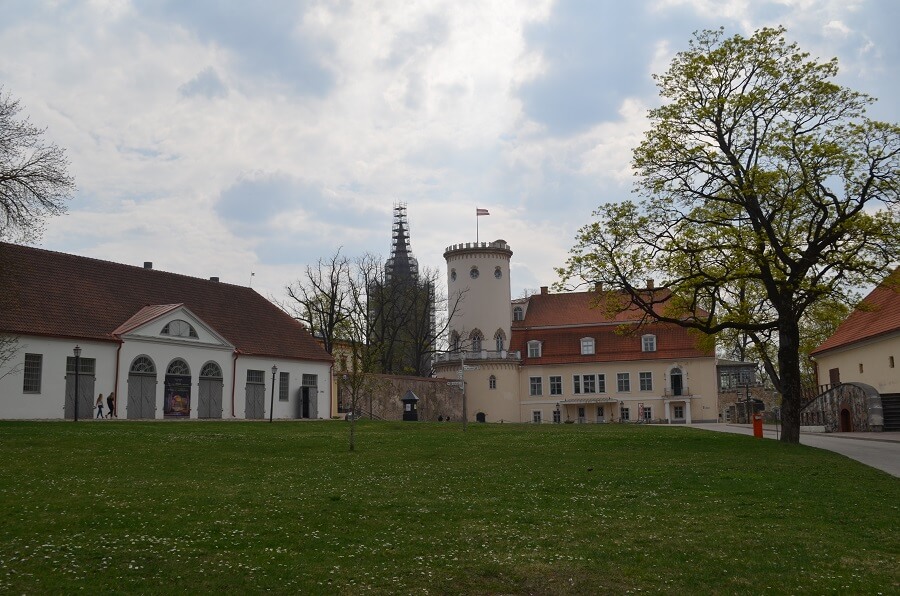 In Cesis the first thing we did was we parked the car close to the tourist attractions of Cesis and have lunch, we went in Restaurante Cafe Pagrabiņš, which is also a hotel with the same name of the city, Cesis, It must be the best in town, the restaurant food is wonderful, is a buffet style per kg, but an attendant will put what you want to eat, We eat typical food of the country, breaded pork with sauce, potato salad and, along with the drink gave 15 euros for both of us, very cheap.

Attractions Cesis in Latvia, and what are its tourist attractions?

O Restaurante café Pagrabiņš, It is by the Maija park, a beautiful city park with a lake where we first saw in nature a couple of black swans, We had only seen white. 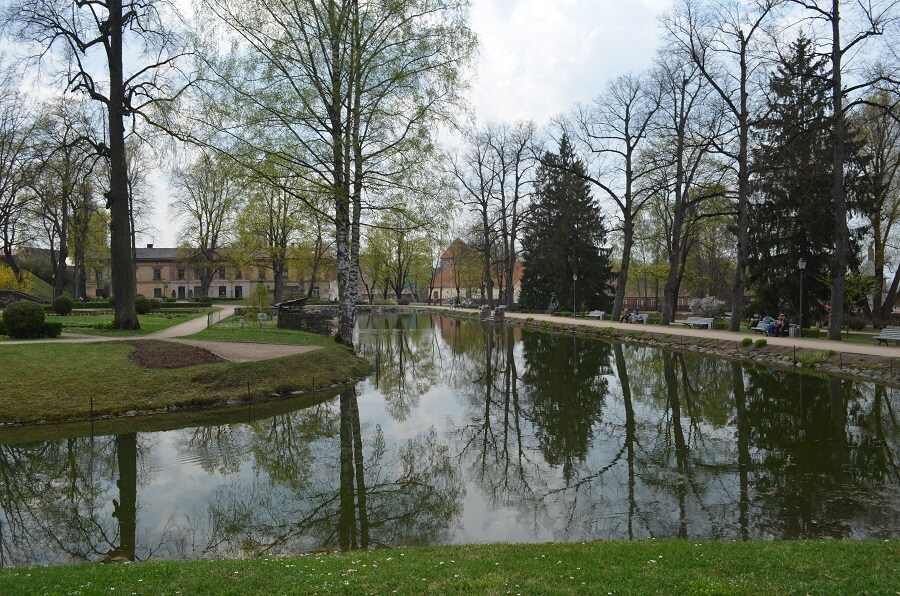 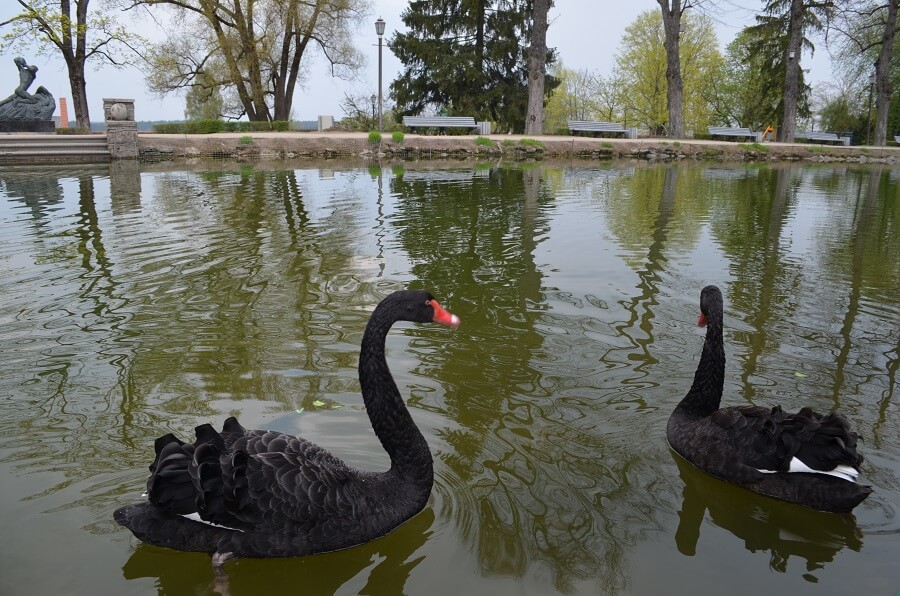 Alongside this park has a nice big park, O Cesis Castle Park also beautiful, with lakes, Mountain, a view of the castle and towers, one peace. 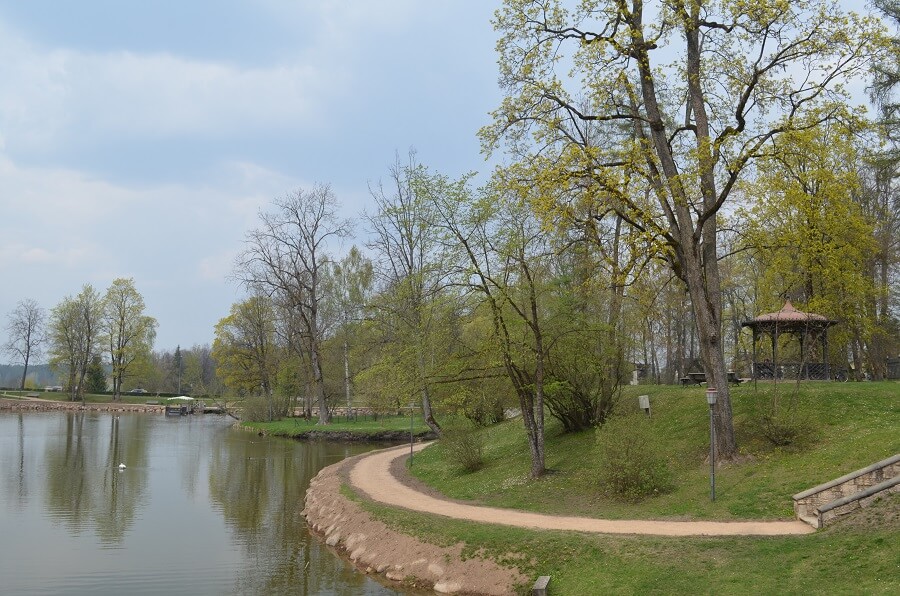 O Cesis Castle It is one of the most emblematic medieval castles and best preserved of Latvia. The castle foundations were established for over 800 years by the Livonian Brothers of the Sword. The most prosperous period that Cesis Castle was experienced during their next owners, the Teutonic Order. It became a major administrative and economic centers of the Teutonic Order in Livonia and hosted the Landmeister in Livland. The first serious damage was done to the castle during the Livonian War , when it was besieged by the army of Ivan, the terrible. Throughout 1577, approximately 300 people inside the castle committed mass suicide, blasting with gunpowder. The castle was still in use during the next century, but it fell into disuse after the Great Northern War. Today, the castle is the most visited heritage in Cesis and one of the must-see destinations in the Baltic countries. 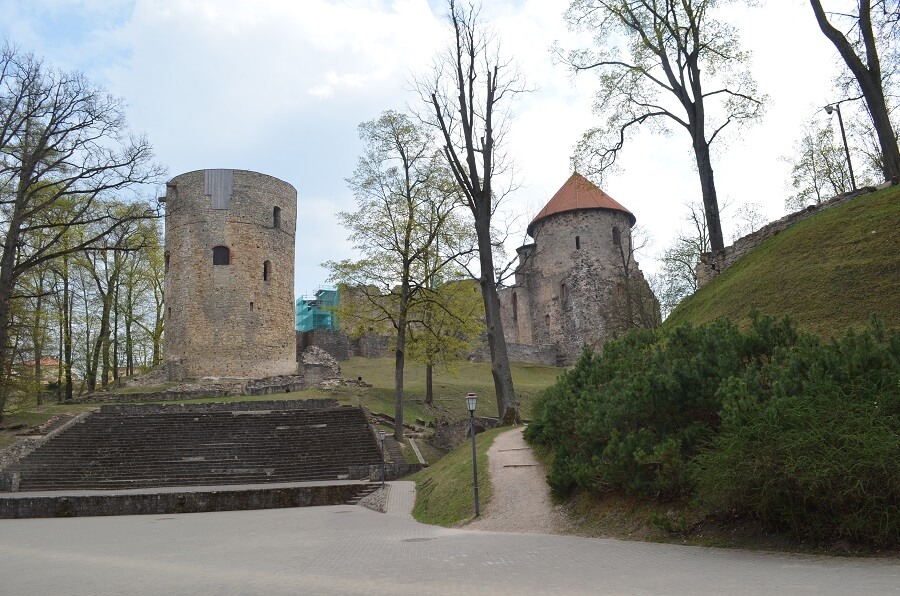 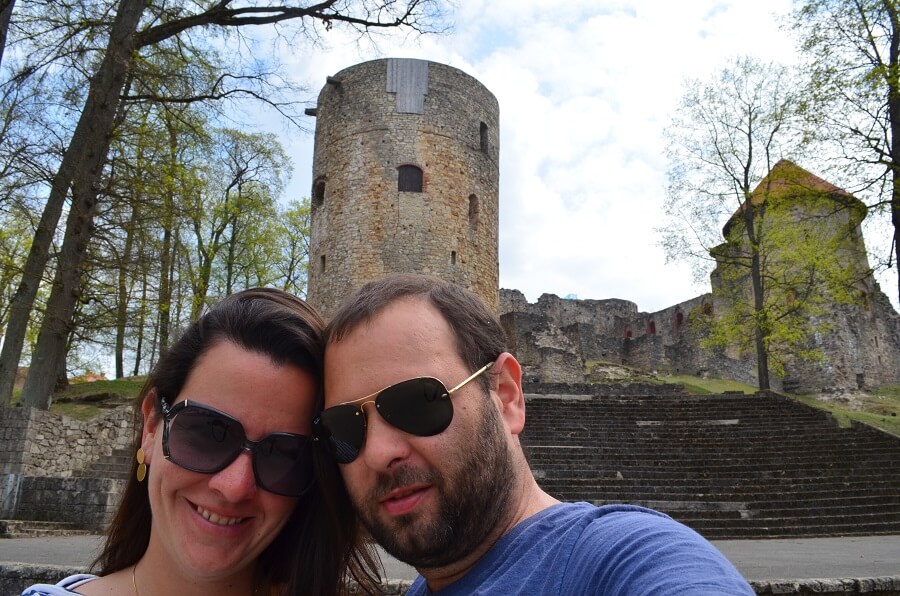 The castle can be visited and to climb the castle tower that is very dark you give a lamp to light the way up the stairs, a well-medieval style ride. 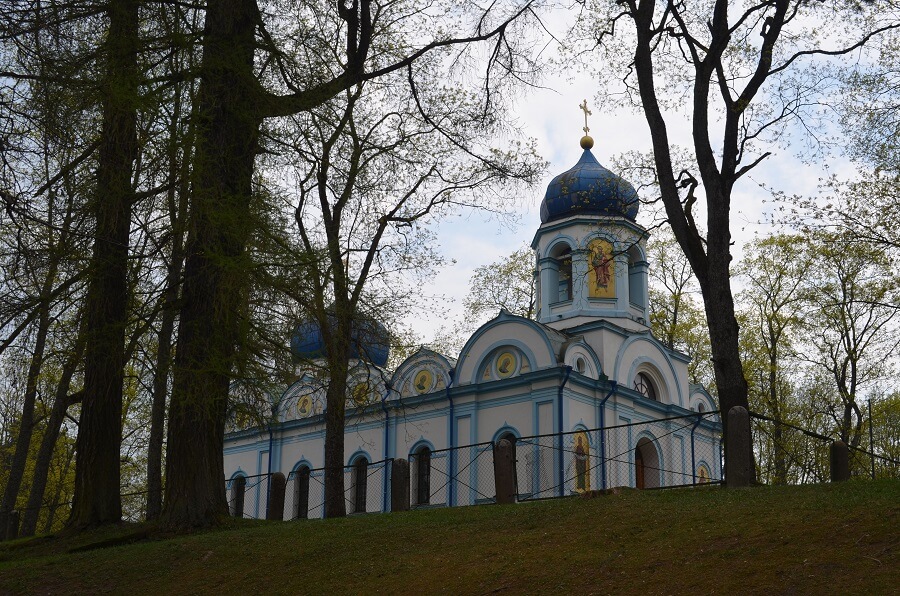 After know this preciousness of Latvia, We went to Sigulda and the nearby town of Cesis, there also has to know castles, and was where we host, from the hotel Fun Stop e super indicamos.

He feels like traveling after so many tips? The Blog TurMundial gives you even more tips to ease your travels: Want to book a hotel? Book hotels with great prices by Booking. Want to book an apartment, home, boat or even a tree house and still win 100 real in his first stay? Book all these and many other choices of places with great prices by Airbnb. Want to buy advance tickets for various attractions and tours without those huge queues? Buy Ticketbar Want to rent a car? Undoubtedly indicate the Rentcars.com it seeks the best cars and market values. You need to send or receive money to / from abroad, without paying those absurd charges of bank or exchange houses it Wise You want to avoid problems in the middle of his long-awaited trip? Hire a travel insurance with any of these companies Real Travel Insurance, or insurance Promo You want to avoid those sky-high mobile bills at the end of his international trip? And yet able to do, receive calls and use the internet? Buy an international phone chip with any of these companies: OMeuChip or with the or with the OBS: We emphasize that the responsibility for providing the services / sale and delivery of products, suppliers are described above.
CategoryEurope What to do in Latvia?
TagsCesis Castle Cesis black swans destination RBBV Estonia Cesis church Lighting of Christ Orthodox Church Church of St. John Baltic countries Cesis Castle Park Maija park