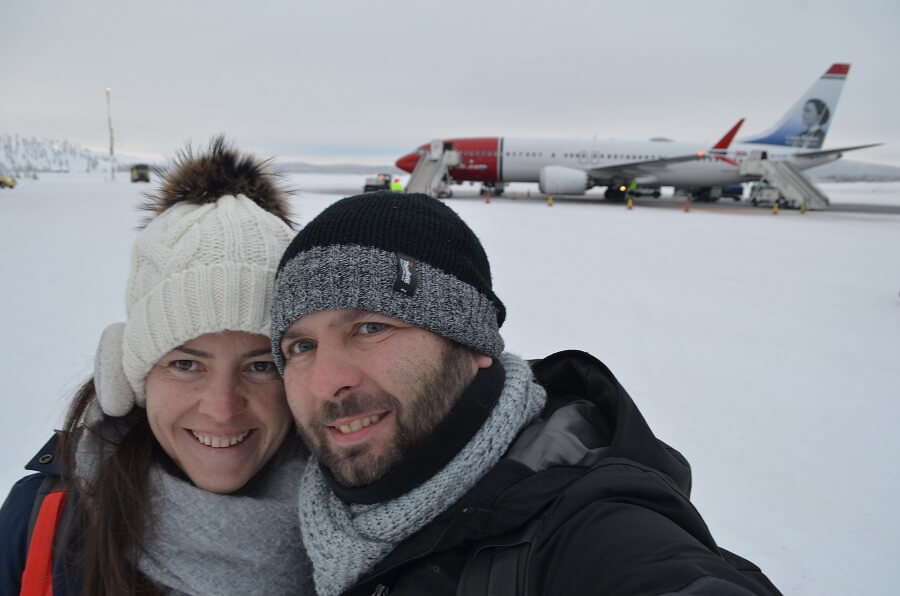 Attractions Ivalo in Finnish Lapland? This town charm is just north of Finland within the Arctic Circle, which has one of the airports in continental Europe further north. And it has only 3.500 population.

One of the big reasons we go Ivalo, It was for us to see the Aurora Borealis, besides being an ideal place to see the northern lights or Northern Lights, the city has many other attractions: as snowmobile ride or snowmobile, fish on frozen lake or Ice Fishing, floor of dogsledding or reindeer, tracks in the snow and more. 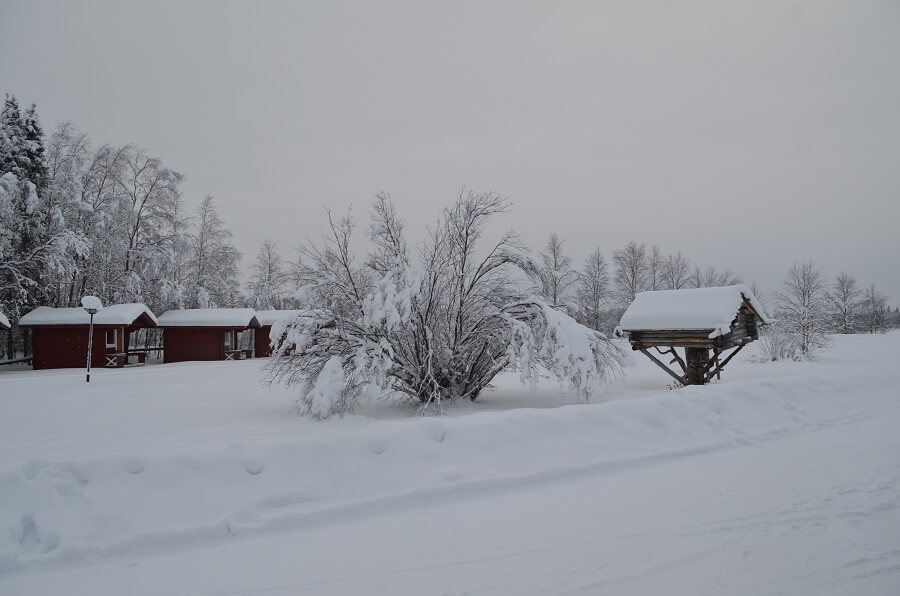 We were there in winter, because this season is the high season of them, in the summer the city is quite different, We choose to go in February as this month for more time with sunlight than in other winter months, when compared to November, December and January, in December and January has the polar night during a 30 days, which is when the sun does not rise, very different right? And the opposite happens in the summer, that is when the sun does not set and has the midnight sun for a night 3 a 4 also weeks.

The best way to get in is by plane Ivalo, from the capital Finland, Helsinki, which is more than 1000km away from Ivalo, we took a flight out of Barcelona arrived in Helsinki, we one day to know the city and the next morning went to Ivalo, a flight of 1 hour and a half. 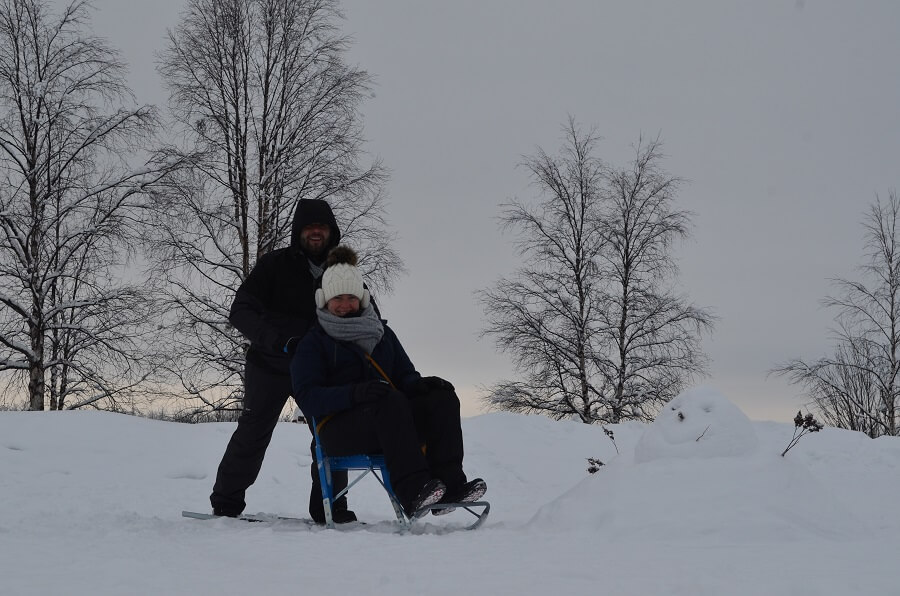 Arriving at the airport Ivalo already we begin to see wonderful landscapes, in fact even before landing, the country is full covered by snow, like an immense Ski, Another thing that can happen is if you take the night flight and have the Aurora Borealis, you may already be received by her from the plane in the sky, we met a French couple who have seen this wonder of the plane window of nature. 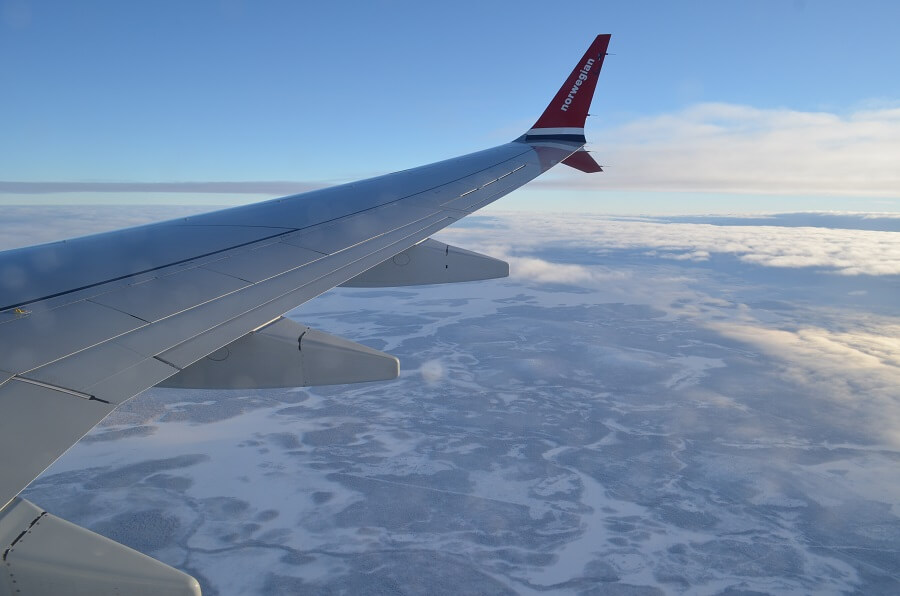 The plane descends at the airport with a runway covered with snow, the airport is very small and has not finger, We went down the ladder have direct aircraft in the snow, a vision show, very different for us. From there we took the transfer we booked to the hotel with the Ilmari Slant 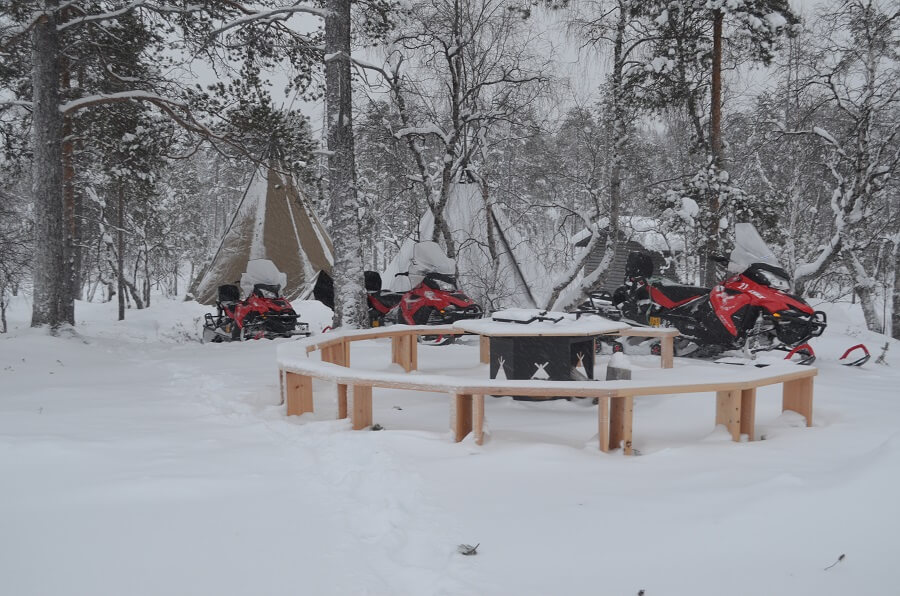 We were staying at a great hotel, O Näverniemi Holiday Center which is across the river Ivalo, with cabins and cottages for couples or larger families, they have cottages for up to 8 people, the hotel has space to do the traditional Finnish barbecue, sauna we discovered that the Finns love to sauna, It must be because of the cold, almost every hotel has a sauna, they have a restaurant with a delicious homemade food, typical Finnish, with an incredible menu 3 plates, but if you do not want to eat at the restaurant, chalets comes already equipped with kitchen, besides all this, the most important is that the site is at a point where you can see the Aurora Boreal your room balcony when she is strong. 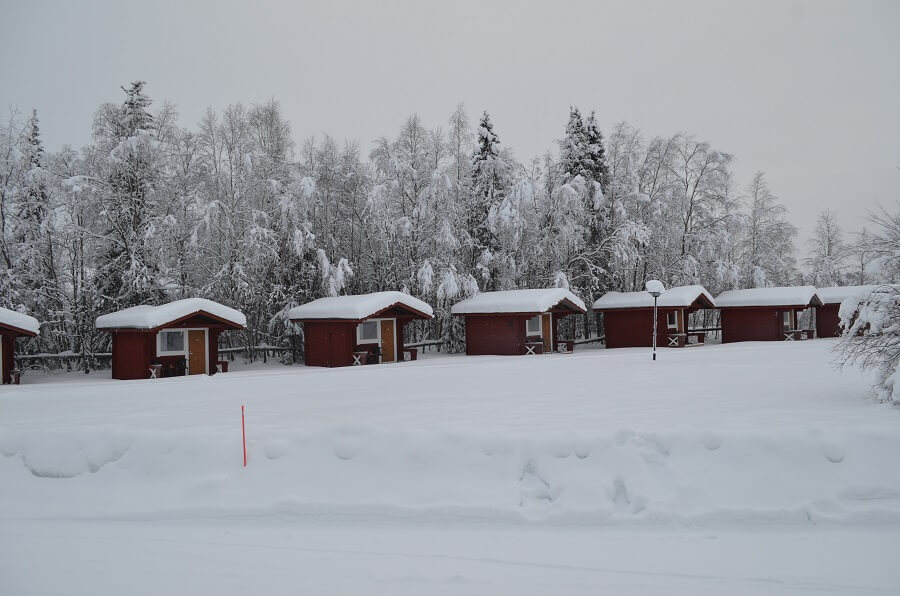 In the center of Ivalo which is less than 2km from the hotel, you can go quietly walking, even in winter, if you want to buy food and drink can go to the market or S K SuperMarket Market, they sell all kinds of food, but if you want to buy any alcoholic drink up 5,5% alcohol, like wine, distillates, beers with higher alcohol content, among other types of drinks, have to go to buy Alko Ivalo (house specializing in alcoholic beverages), but it is also in the city center.

Attractions Ivalo, Finnish Lapland and what are its tourist attractions?

The main tourist attraction of Ivalo is without a doubt see the Aurora Borealis, we saw it too weak, almost imperceptible, it is not as easy to see as many think, the sky has to be clean, thing in the north is not always so with a strong concentration of particles from the sun, we were 3 there are days we were chasing the Northern Lights every night until dawn and saw only through the eyes of the camera, and one of the days we were with a group of French try to see the Aurora near the hotel. After that trip I think the ideal is to stay a whole week to see the Aurora Borealis hard. 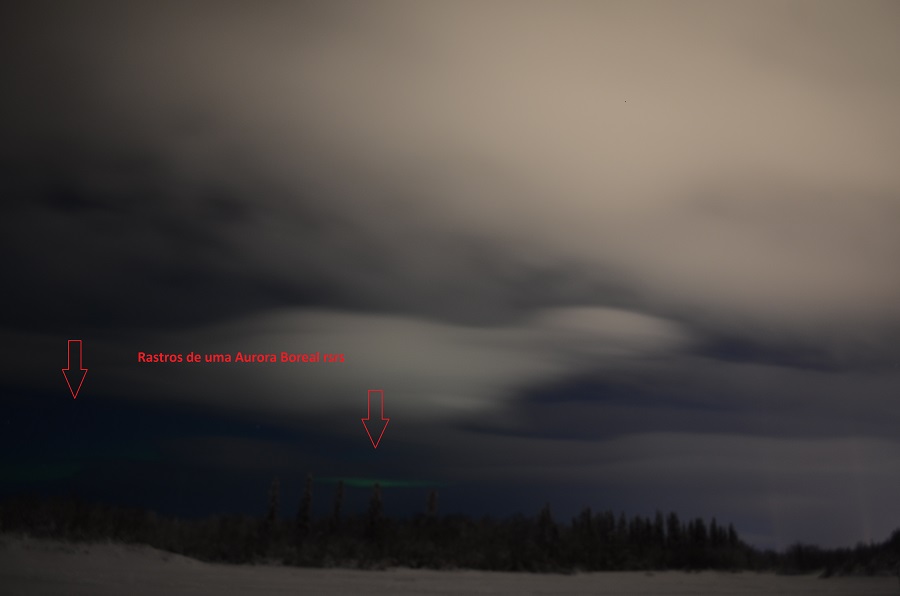 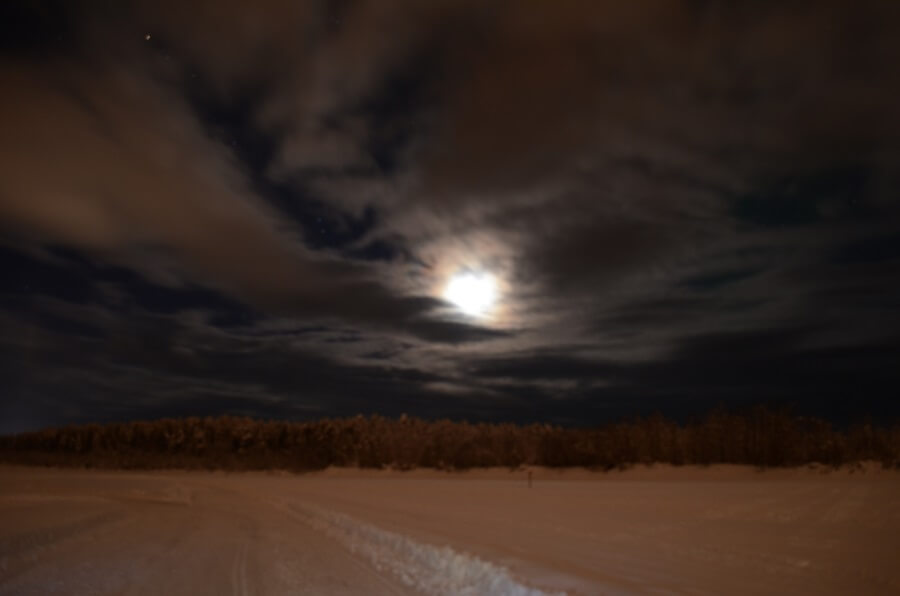 But not only that Ivalo, of 3 days we stayed there 2 We did tours with the company Ivalo Safaris, the first day we did the snowmobile ride, the river and the lake Inari Ivalo, We love doing this tour, are 5 Tour hours driving the snowmobile on the frozen lake and river and with lunch in a hut in the middle of Arctic Circle, this experience was worth a post just for her, if you want to know more, look here 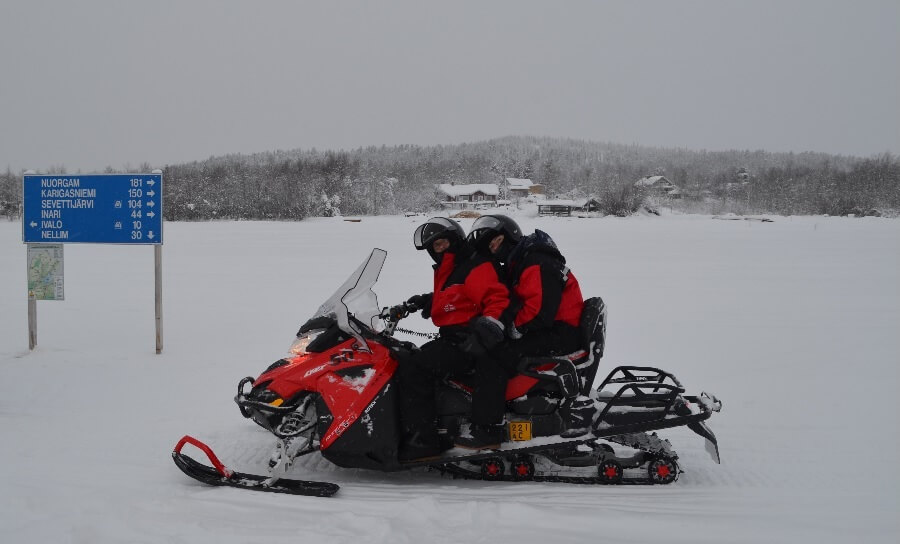 The other tour we did was the Ice Fishing, which is fishing on the frozen lake of Inari, the third largest lake in Finland, that fishery that is necessary to make a hole in the frozen lake ice, to Pri who does not like fish, I loved the tour which was also included lunch at the cabin, what also earned another post. 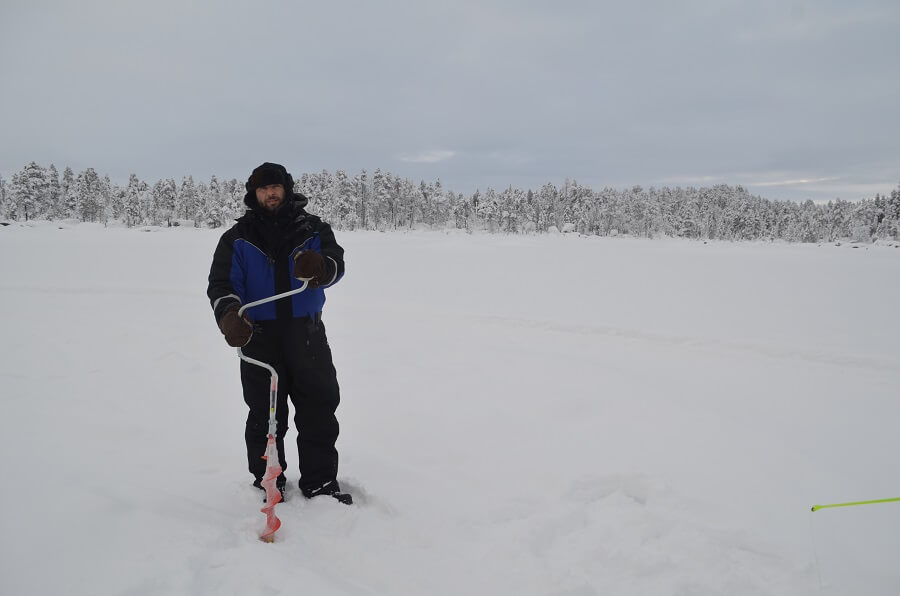 The Ivalo Safaris do many other tours, as the sleigh pulled by reindeer or dogs, Apart from trips to see the Aurora Borealis. 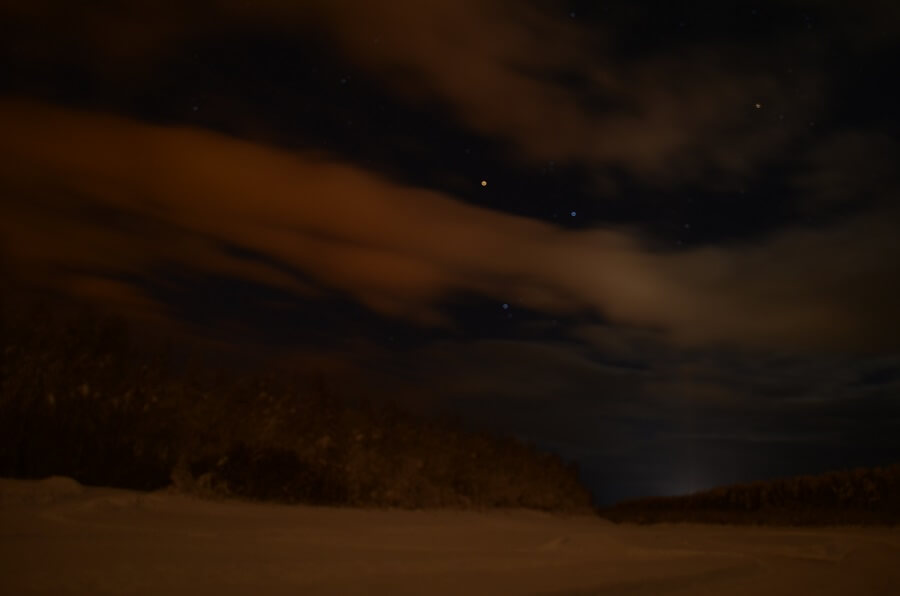 The other day off we had stayed at the hotel walking, down the river with sledge, playing in the snow making angel lol, let the accumulated snow on the tree fall on us, play up to hot water and the water turns into ice because of the cold, a children seemed crazy lol, was fun, we love everything. 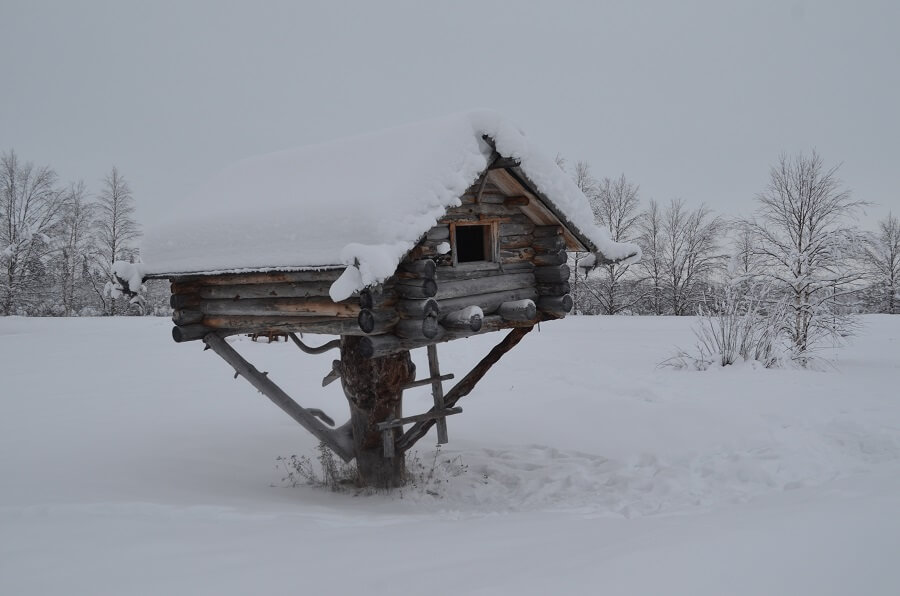 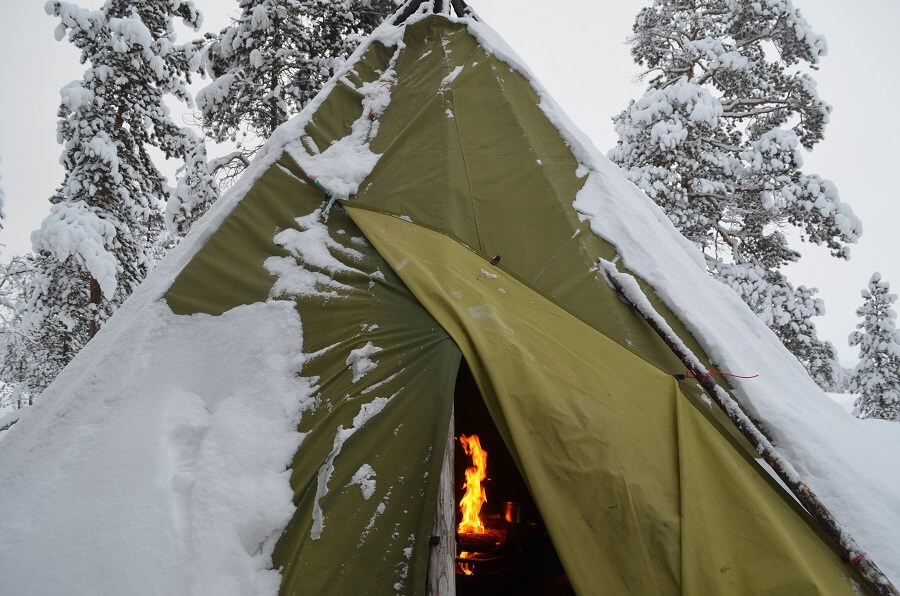 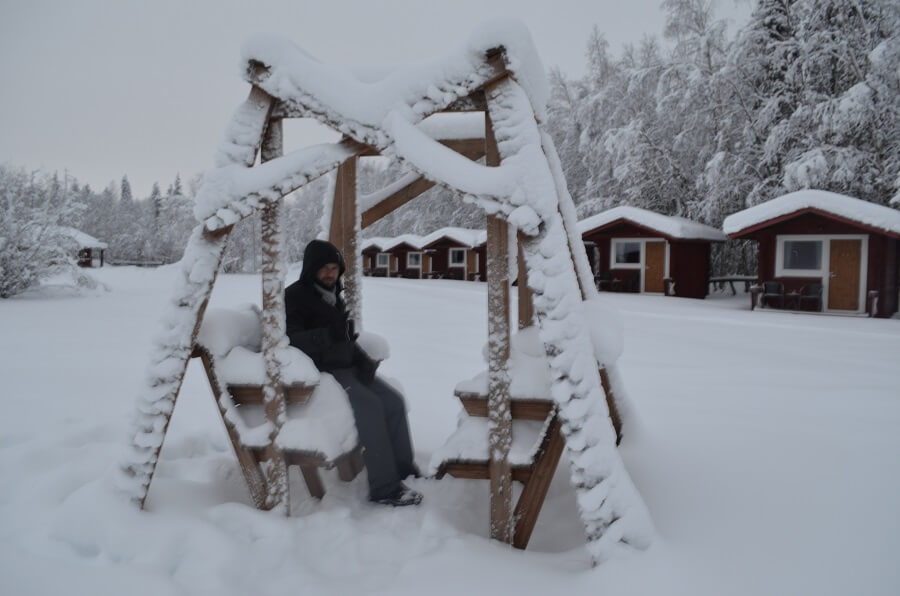 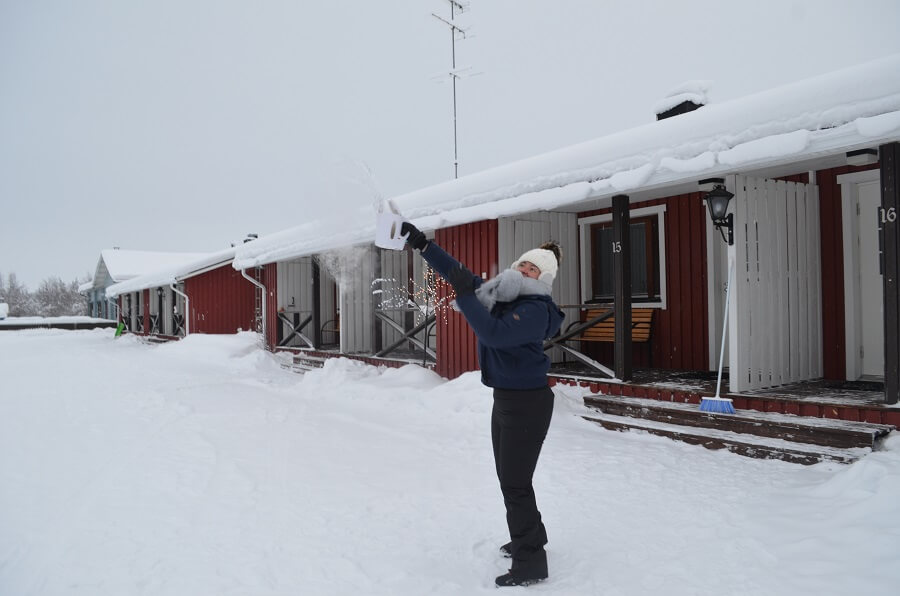 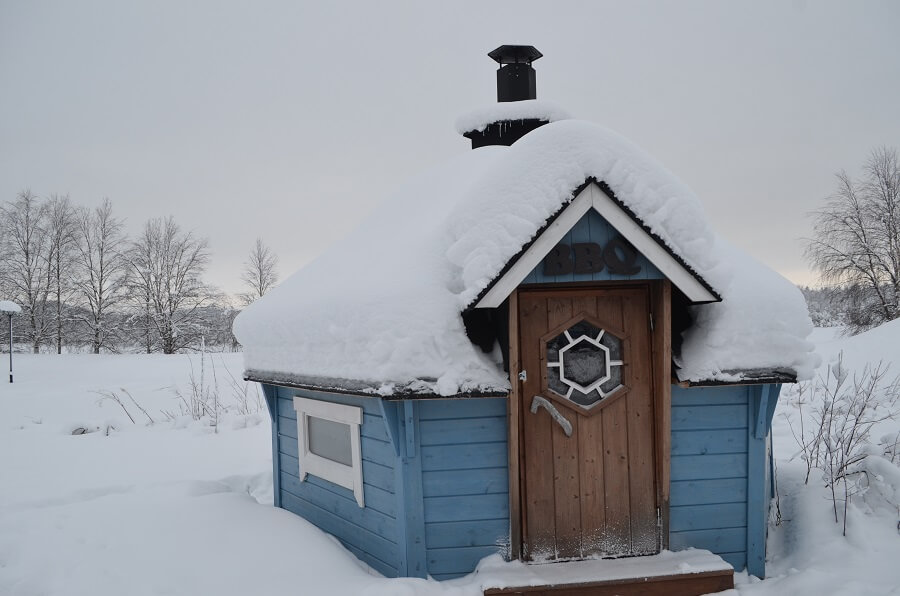 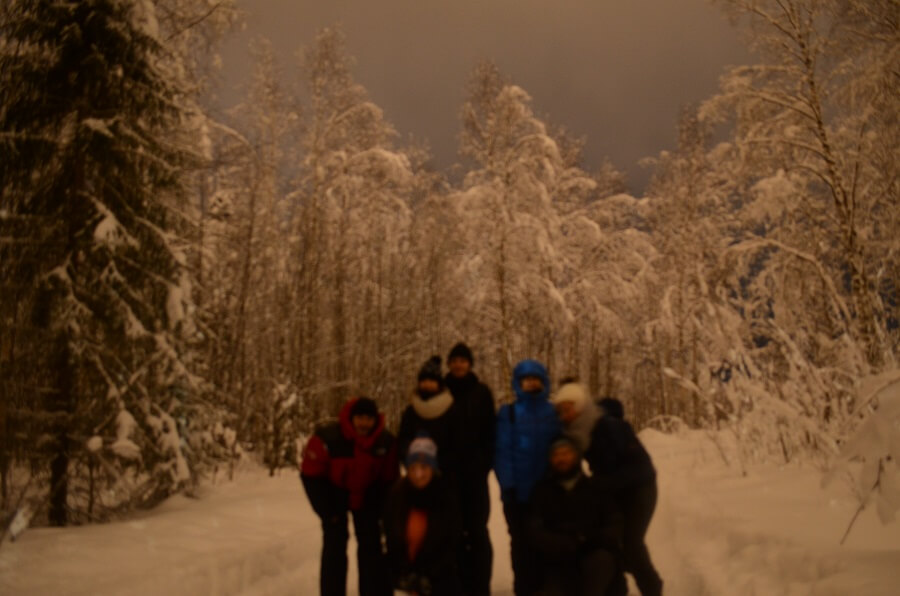 He feels like traveling after so many tips? The Blog TurMundial gives you even more tips to ease your travels: Want to book a hotel? Book hotels with great prices by Booking. Want to book an apartment, home, boat or even a tree house and still win 100 real in his first stay? Book all these and many other choices of places with great prices by Airbnb. Want to buy advance tickets for various attractions and tours without those huge queues? Buy Ticketbar Want to rent a car? Undoubtedly indicate the Rentcars.com it seeks the best cars and market values. You need to send or receive money to / from abroad, without paying those absurd charges of bank or exchange houses it Wise You want to avoid problems in the middle of his long-awaited trip? Hire a travel insurance with any of these companies Real Travel Insurance, or insurance Promo You want to avoid those sky-high mobile bills at the end of his international trip? And yet able to do, receive calls and use the internet? Buy an international phone chip with any of these companies: OMeuChip or with the or with the OBS: We emphasize that the responsibility for providing the services / sale and delivery of products, suppliers are described above.
CategoryEurope What to do in Finland?
TagsNorthern Lights destination RBBV Europe Finland Ice Fishing Ivalo Ivalo Safaris Laponia Lapland Northern Lights Snow Moto Snowmobile

Driving a snowmobile in Lapland Finland