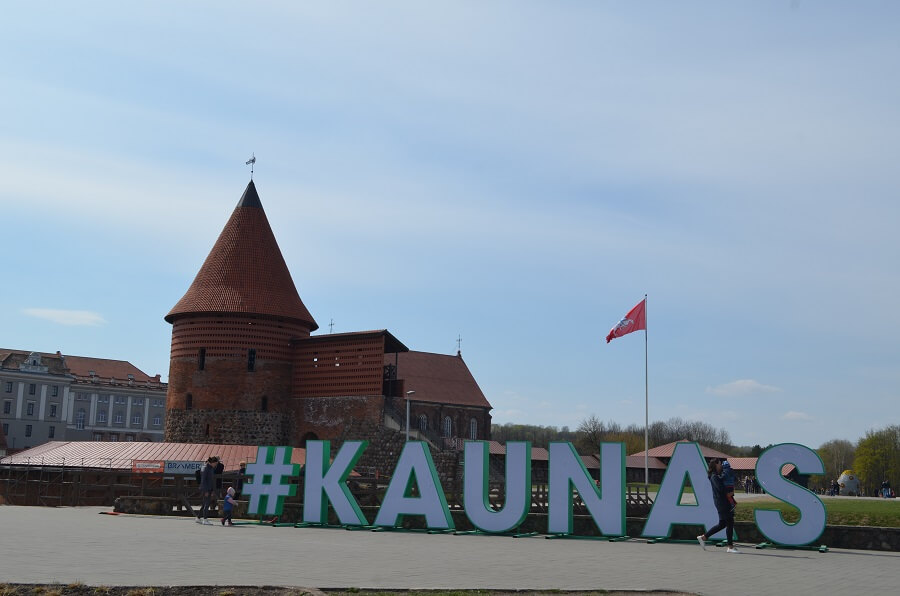 Things to Do in Kaunas, second largest city in Lithuania

Things to Do in Kaunas, the second largest city in Lithuania with about 362 thousand inhabitants, It is in the center of the country and is cut by two major rivers Lithuanian, the river Nemunas and the river Neris.

Kaunas, a city with its own personality and that the oldest traditions Lithuania They mix with the modernity of a city, despite the baroque and incomparable beauty of the capital, Vilnius, with which it can not be compared, much less today, It is shown today as a vibrant city that welcomes tourists with open arms.

The city is very active and has many cultural events, especially the musical, They have great prominence, especially during the summer months, We were there in the spring and even at that time the city was very busy. 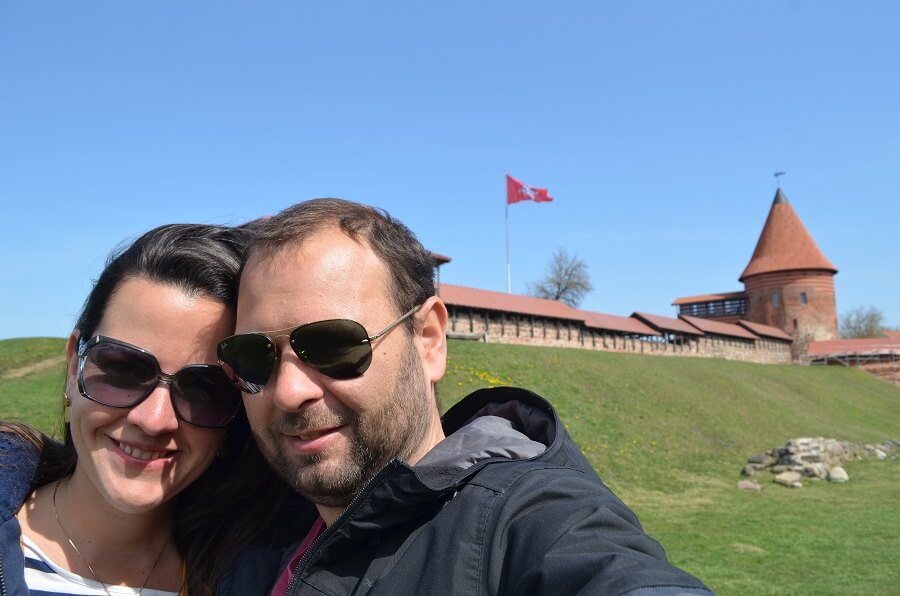 Kaunas It is an easy city to visit on foot, especially as the city center where the main attractions are is very small, there has, squares and the most important museums of this Lithuanian city. We stopped the car in the city center parking and we know all walk.

We visited Kaunas on a trip we were doing the three Baltic countries, formed by Lithuania, Latvia e Estonia, Lithuania started our road map for the capital Vilnius, and Kaunas was the third city in the country that we know, we went there because of its castle and its charms, plus she was in the way of our script and a friend from work had by chance studied in that city.

Things to Do in Kaunas and what are the tourist attractions in Kaunas?

As we speak the center of Kaunas is where its attractions, after parking the car we already know Statue of Grand Duke of Lithuania, a very important symbol for the country today, the Grand Duke is in the drawings of the Lithuanian euro coins, the statue is on the banks of the river Neris, next to a very beautiful park. 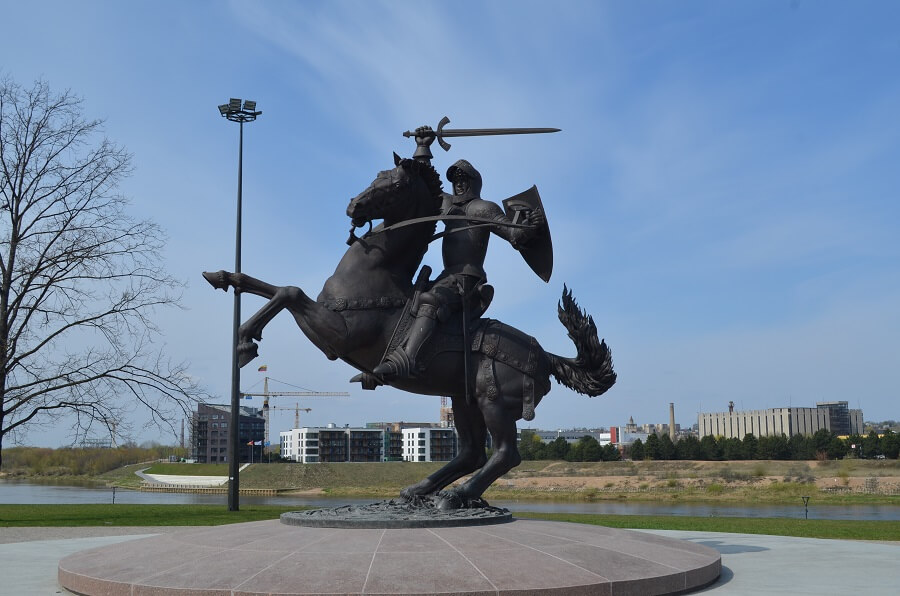 O Castelo de Kaunas, It is very beautiful with a similar style to the Castle of Trakai, the most famous of Lithuania, Kaunas Castle facade consists of brick, built in the mid-fourteenth century and Gothic style, It is in a strategic position on a hill between the two rivers that cross the city, the castle today is an art gallery that can be visited, in the surroundings of the castle take place various festivals, some medieval, shame that had none of those events when we were there and still one of the towers was under renovation, which happens a lot throughout Europe, many attractions can be in retirement. 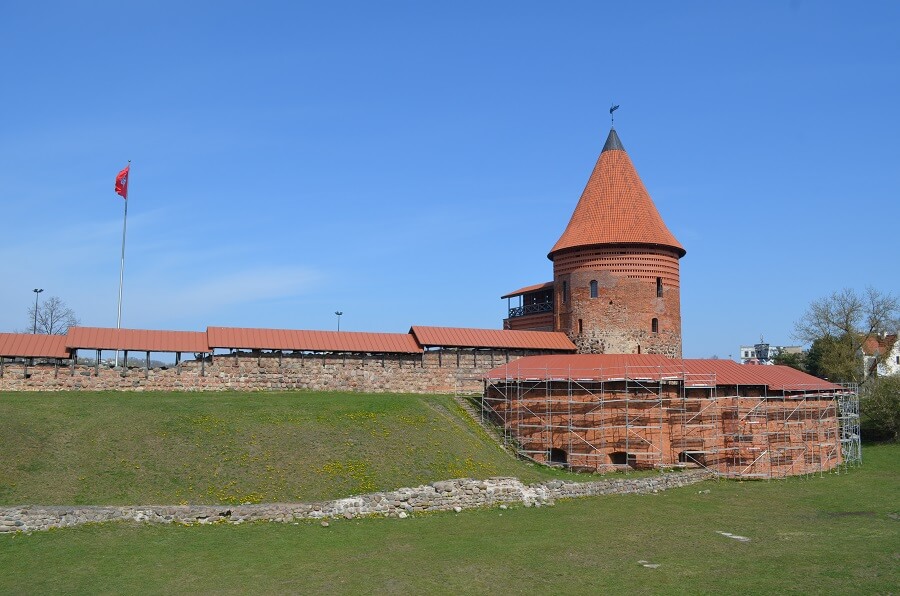 In the main square of the city are: a Church of St. George, Martyr and Kaunas Cathedral (kaunas St.. Peter and Paul Cathedral Parish), the church was going on a wedding and a small party in the square, only on that day we saw about three brides. 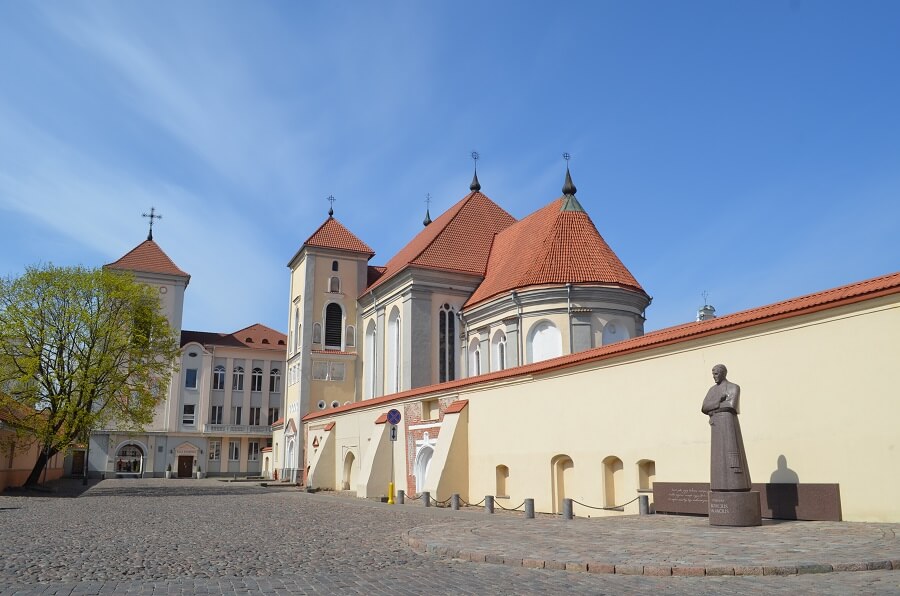 Another interesting place is the Kaunas Museum of the City of Kaunas, which is also in the central square. 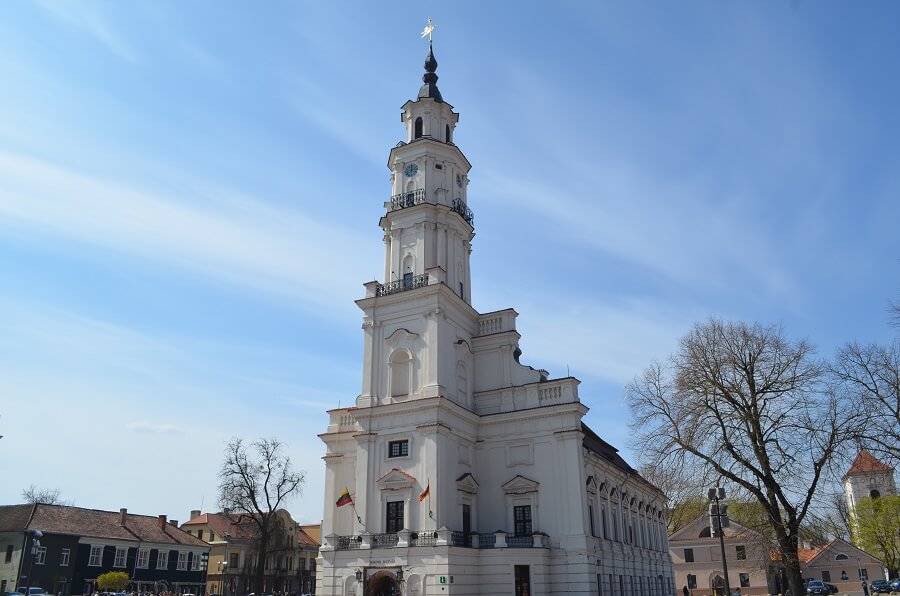 A Franciscan Church of Savannah (sv. Pranciskaus Javier (jezuitu) church) which is on the banks of another river, the Rio Neman, for us is the most beautiful church in the city, pity that did not get to it was closed. 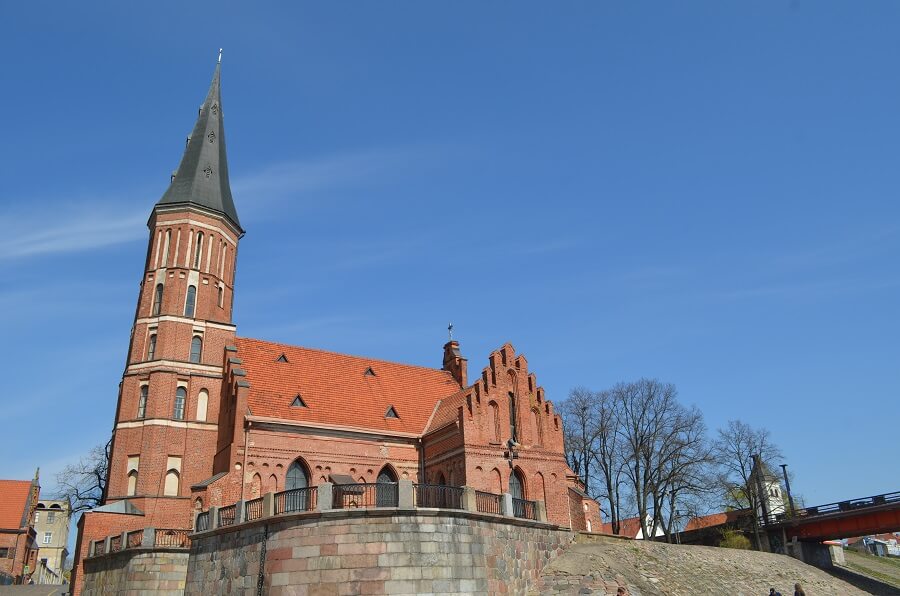 Casa Thunder or Thunder (House of Thunder) It is one of the most unique and gothic secular buildings, built by Hanseatic traders and served as his office 1440 up until 1532, It was sold in the first century 16 for the Jesuits who had established a chapel there 1643. The Lithuanian historian, theologian and translator Albert Wijuk Kojałowicz was born in the house. 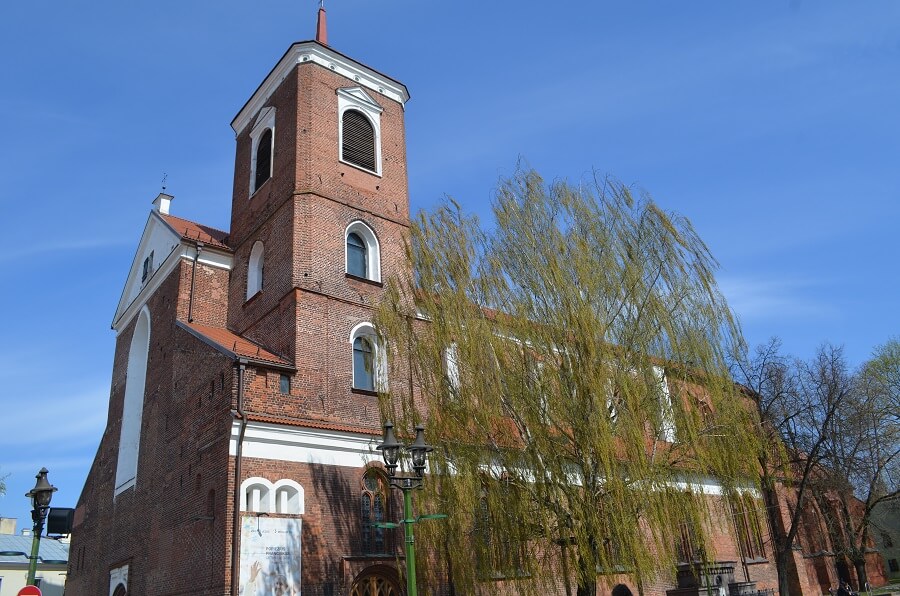 The Perkunas House is a Lithuanian Republic Cultural Heritage in 1996

Church of the Assumption of the Virgin Mary (Vytautas the Great St.. Saint Mary of the Assumption Church), It is another city church, It is not as pretty as the Franciscan, but that it was possible to go to visit. 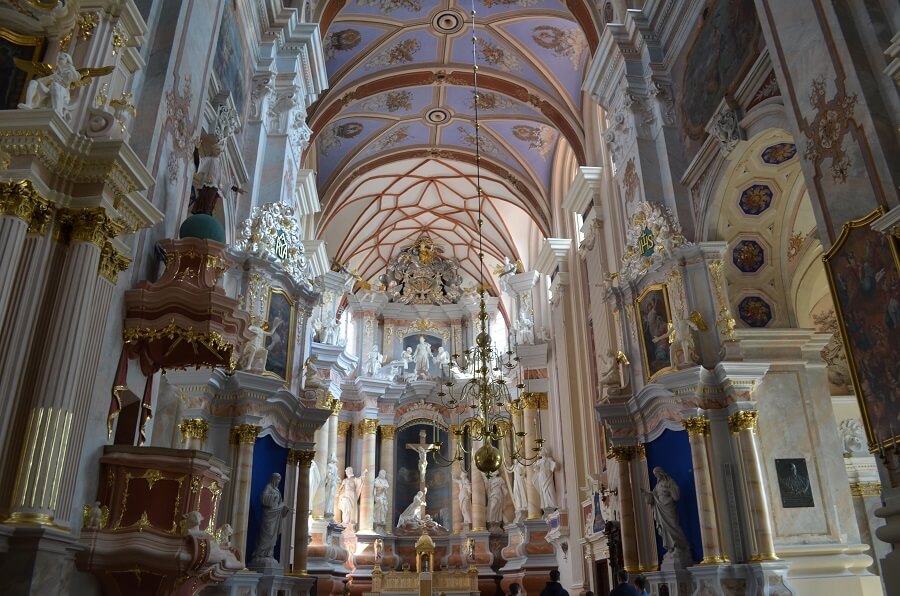 On that day we left early in Vilnius where we stayed for two days and that is there about an hour's drive from Kaunas, before we stop in the town of Trakai to see its castle and arrive in the late morning in Kaunas, after knowing the city was the time of stop to eat and went to Restaurante Eeno Manor, Also in the downtown square in front of St. George's Church. Lithuania is a very cheap country to travel, stay and especially to eat, this restaurant we ate very well for 17 euros with beer included, Pri ate a very typical dish of Lithuania a kind of giant gnocchi, with meat inside and a delicious sauce. 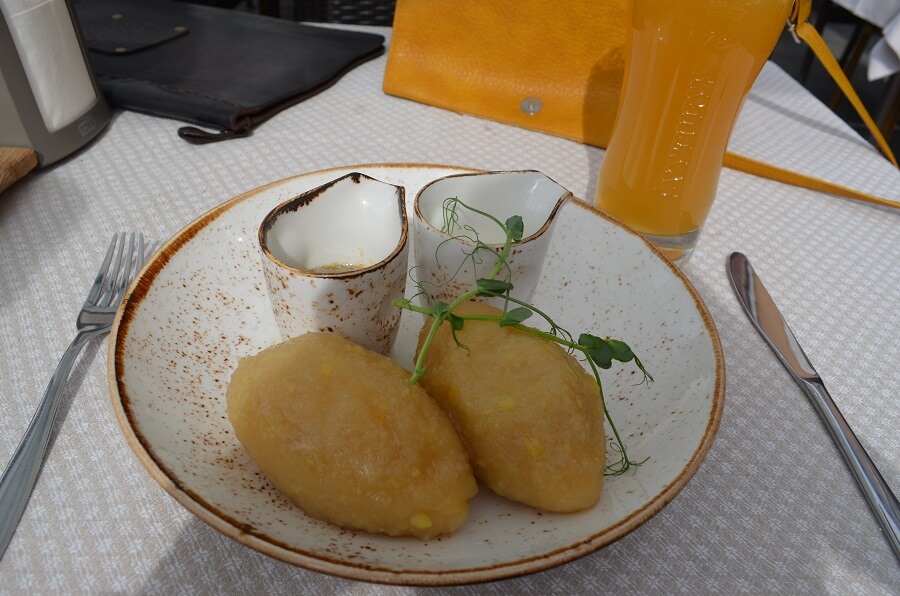 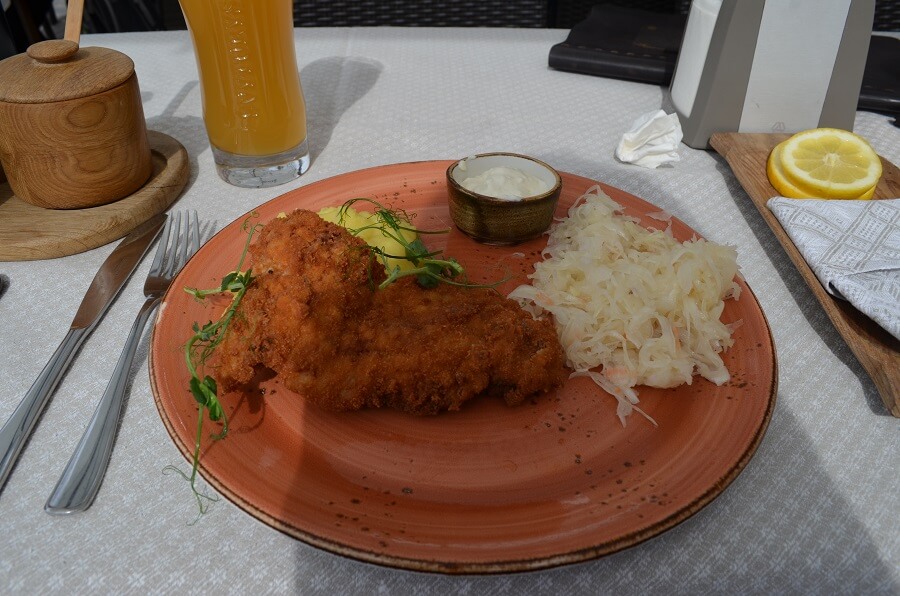 He feels like traveling after so many tips? The Blog TurMundial gives you even more tips to ease your travels: Want to book a hotel? Book hotels with great prices by Booking. Want to book an apartment, home, boat or even a tree house and still win 100 real in his first stay? Book all these and many other choices of places with great prices by Airbnb. Want to buy advance tickets for various attractions and tours without those huge queues? Buy Ticketbar Want to rent a car? Undoubtedly indicate the Rentcars.com it seeks the best cars and market values. You need to send or receive money to / from abroad, without paying those absurd charges of bank or exchange houses it Wise You want to avoid problems in the middle of his long-awaited trip? Hire a travel insurance with any of these companies Real Travel Insurance, or insurance Promo You want to avoid those sky-high mobile bills at the end of his international trip? And yet able to do, receive calls and use the internet? Buy an international phone chip with any of these companies: OMeuChip OBS: We emphasize that the responsibility for providing the services / sale and delivery of products, suppliers are described above.
CategoryEurope What to do in Lithuania?
TagsCasa Thunder destination RBBV Statue of Grand Duke of Lithuania Europe Church of St. George Kaunas Lithuania Things to Do in Kaunas Baltic countries Restaurante Eeno Manor