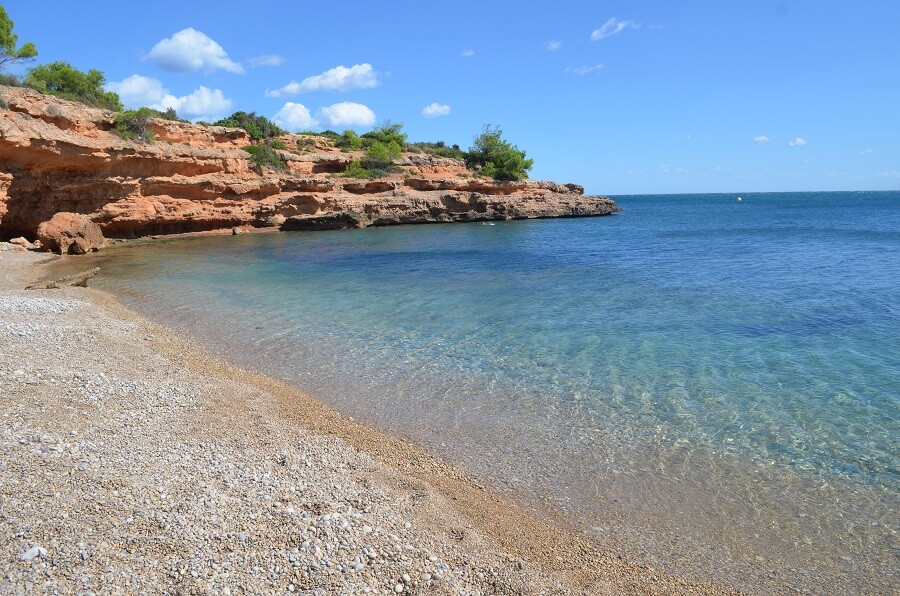 The Costa Dorada is the part of the coast of Catalonia between Barcelona and the Delta del Ebro, on this coast is Ametlla, and here we will tell you more about things to do in L'Ametlla de Mar.

South of Catalonia is L’Ametlla de Mar (province of Tarragona), a small fishing town with only 7.000 population, famous for its unspoilt beaches and coves. If you want to know what to see in Ametlla de Mar and discover its secret places, You have come to the right place. Here is the best guide of what to do in L'Ametlla de Mar! 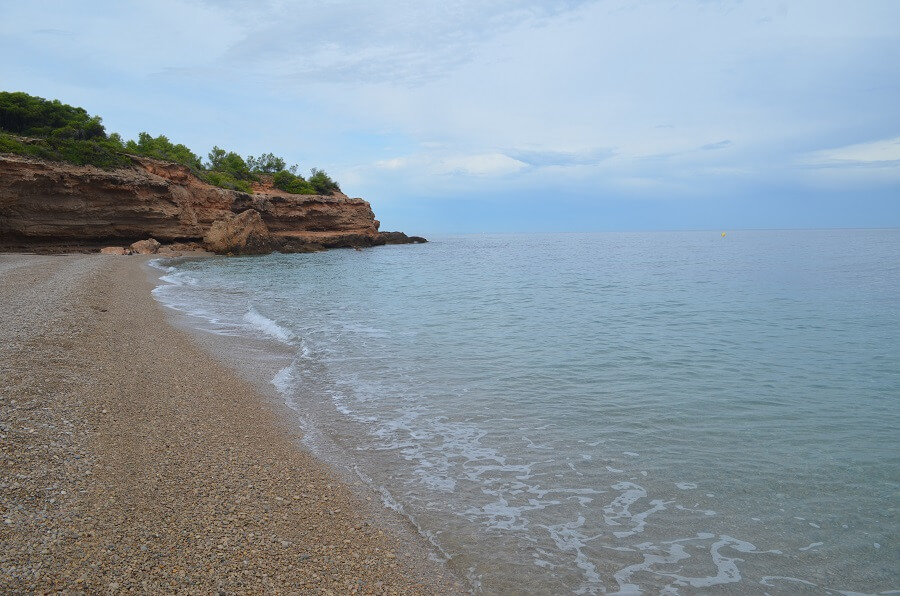 We took a trip there in late summer and early autumn, as the south of Catalonia is warmer than the north, we went there because we also wanted to stay in cabins inside campsites. But before commenting a little bit about what camping is like, because many people think it's like camping on a beach or mountain., campsites are like hotels only they also have spaces for you to park and camp with your motorhome, with tents or staying in huts that are often small wooden or prefab houses, in addition, there is a lot of leisure area like, swimming pools, soccer fields, sneakers, restaurants, children's playgrounds and more, we will make a post just on this topic.

we hosted at Camping Ametlla, that just like any hotel we book on Booking, by 4 days enjoying the holiday of the day 24 from september into Barcelona. 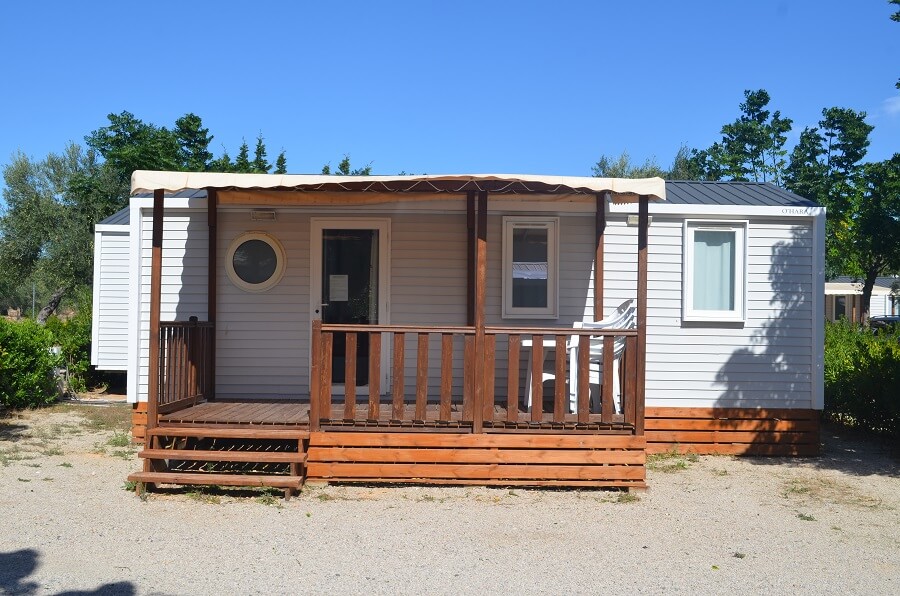 Things to do in L'Ametlla de Mar?

1first day
We left Barcelona, we got the car at the airport at 18:30 and we went straight to the city, we stopped at the supermarket before arriving at the campsite as our cabin had everything, including full kitchen.

We arrived late and had dinner in our cabin.

2first day
We had breakfast in our hut and went to the first beach, a Cala Forn, a beautiful stop, one of the most beautiful in the city, there is a really cool beach bar there, the problem that day is that it was cloudy and it started a little rain. 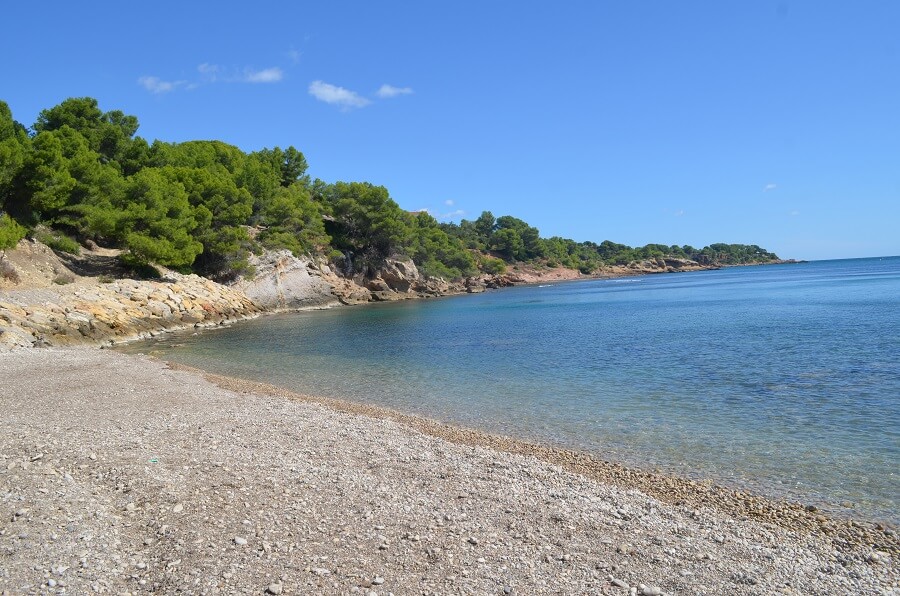 So we had to have lunch in the center of L'Ametlla de Mar, no Bar Restaurant No Stress near the port to get to know a bit of the city, the food was good and the menu price was fair., 20 EUR per person. 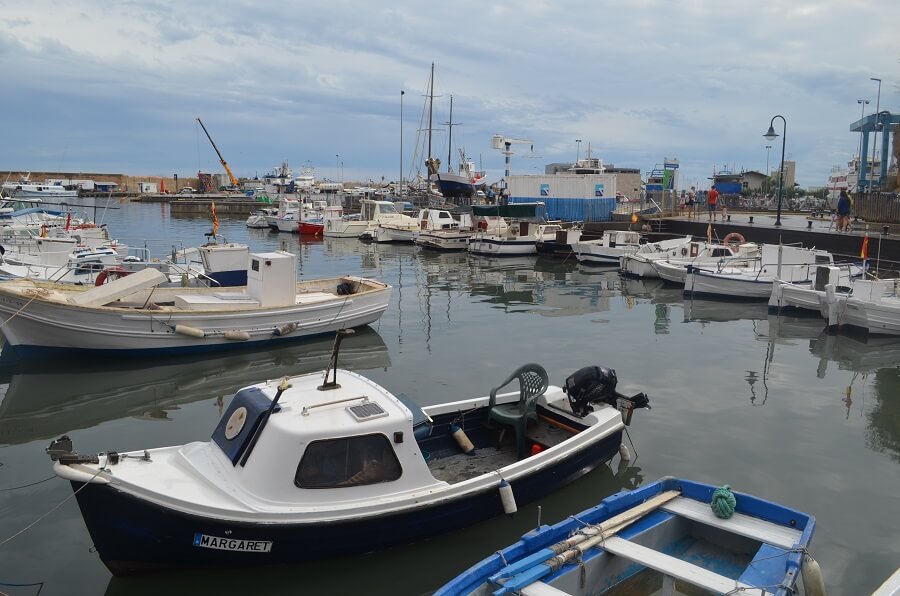 After the rain had passed, we went to the Beaches of L'Alguer and on Cala Xelin, we didn't stay long as the day continued with bad weather.

We went back to the campsite to see the structure, go to the pool, and also stay on the beach in front of the hotel. Firewood Beach which is also very beautiful and has a beautiful sunset. As we were in our cabin we had dinner there and stayed on the porch.

3first day
The day was very beautiful but the wind was very strong, so we stayed at the campsite and on the beaches in front of the campsite, Firewood Beach e Cala Santes Creus. 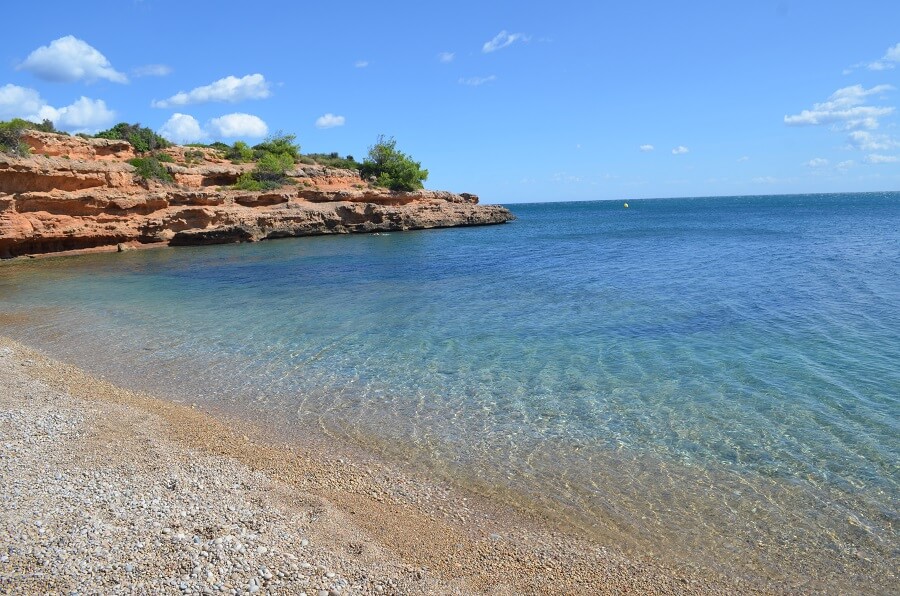 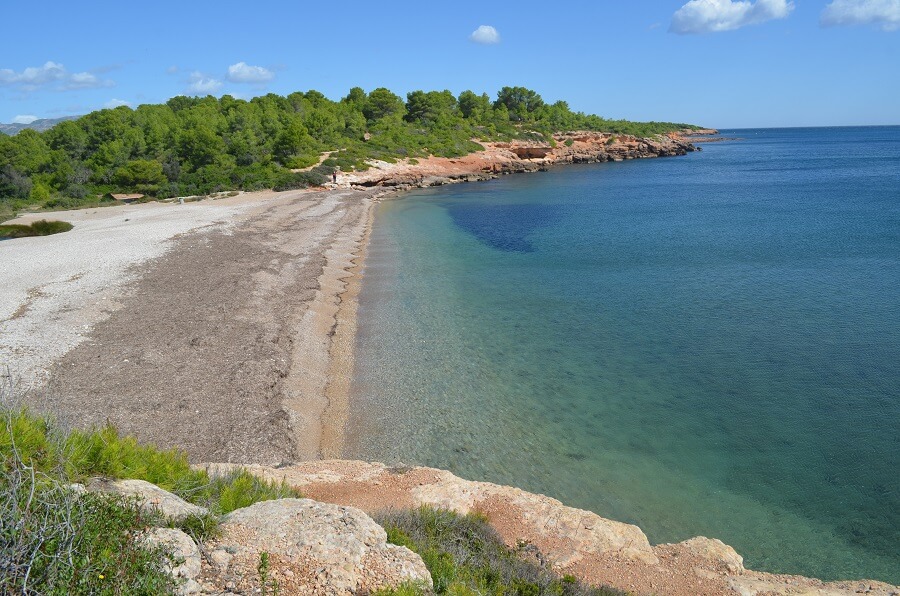 4first day
It was another very beautiful day and it wasn't windy anymore, so we took the car to discover other beaches and coves, we went to L’Illot Beach and to Illot de l’Àliga, we made a small trail because we made a mistake with the car and we were actually going to the l'Aliga Beach. 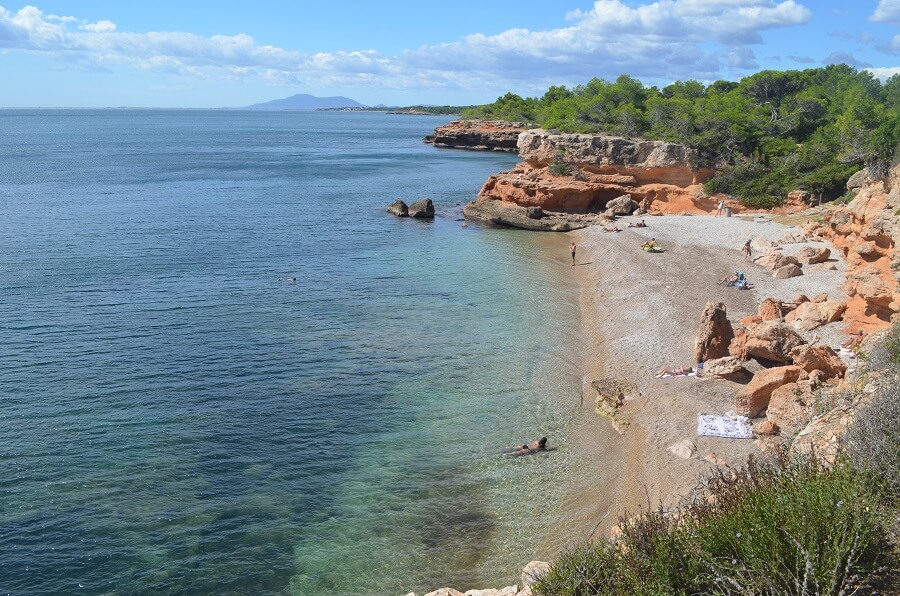 A very beautiful stone beach, but the color of the sea is beautiful, on these beaches many people go with Motorhomes, there was even a stop on the beach but unfortunately for them the police arrived and asked him to leave there because they passed a bit of the part that was allowed to park. But he parked in the correct place and everything was fine.

We stayed there all day and on the way back we found the Eagle Island, that wasn't as pretty as the one we stayed in all day, therefore we indicate more to another than this. 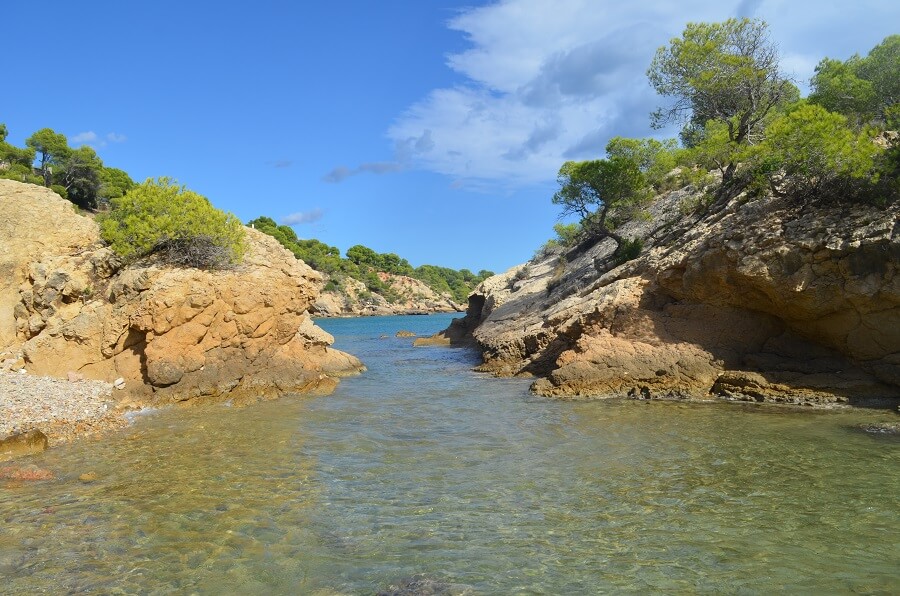 home day, but before we went to Cala Sant Jordi and in the Castle Sant Jordi, nice places. 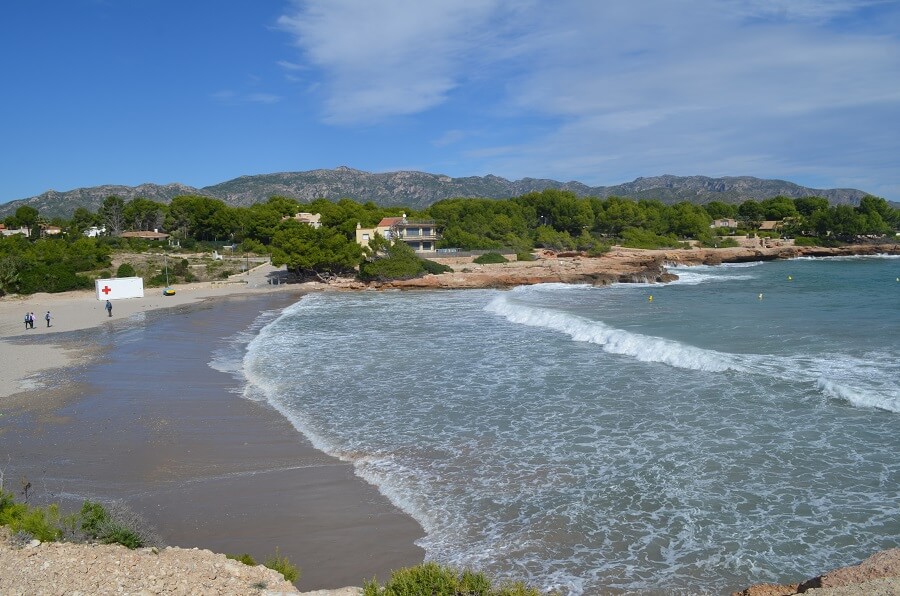 O Castle of Sant Jordi d’Alfama is a defensive fortress built in the first half of the century. 18, the first attempt to build a fort in the area was a watchtower built in the century. 12, and later rebuilt as a fortress, in 1201, by the Templars, establishing the headquarters of the Order of Sant Jordi d'Alfama. This fortress was abandoned in 1650, after being bombed to collapse, so they were not occupied by French troops. From this first fortification there are still some foundations along the beach.

Stones from the old fortress that were not broken were used to build the current fortress., but in another place, a little further inland. This new maritime fort was built between 1732 e 1733 in order to protect maritime routes. It was built during the reign of Charles II. 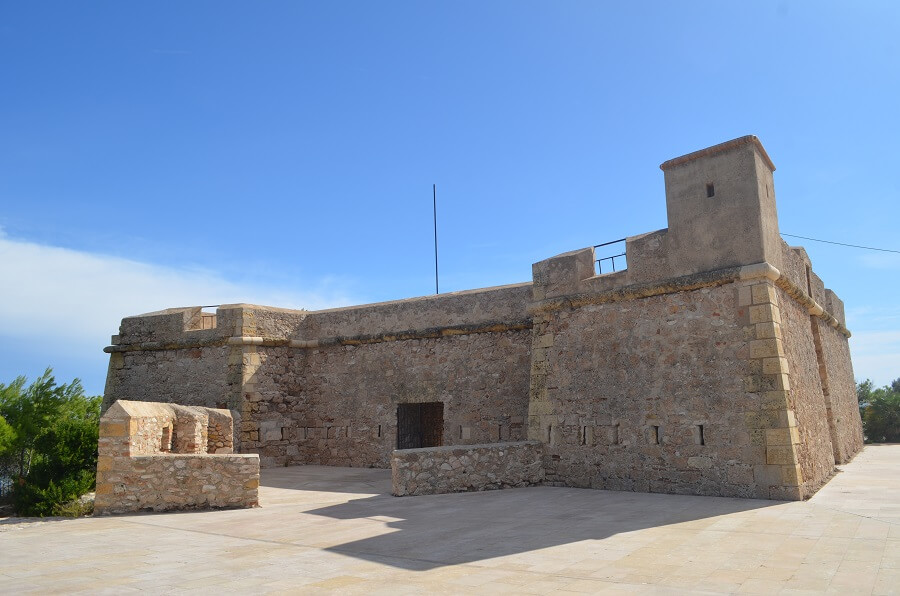 We didn't stay on the beach for long as it was windy again and despite being super sunny it was cold, so we went to Cambrils, a city that is on its way back to Barcelona, there we tried to stay on the beach even with the wind and cold and we finished drinking the last beers that were left over from our purchases., what don't we do for a beach and a beer lol. 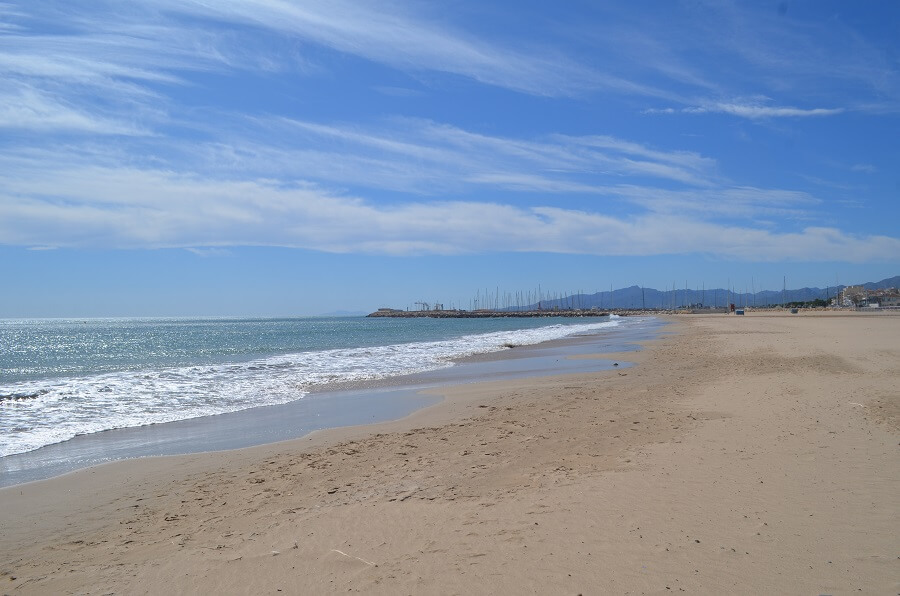 We had lunch at Lisu restaurant a wonder of food we ate Rice Broth with Lobster it is a rib steak What surprised us very, the food was delicious

So ended another trip of ours and I hope you enjoyed our tips about things to do in L'Ametlla de Mar and its surroundings.

He feels like traveling after so many tips? The Blog TurMundial gives you even more tips to ease your travels: Want to book a hotel? Book hotels with great prices by Booking. Want to book an apartment, home, boat or even a tree house and still win 100 real in his first stay? Book all these and many other choices of places with great prices by Airbnb. Want to buy advance tickets for various attractions and tours without those huge queues? Buy Ticketbar Want to rent a car? Undoubtedly indicate the Rentcars.com it seeks the best cars and market values. You need to send or receive money to / from abroad, without paying those absurd charges of bank or exchange houses it Wise You want to avoid problems in the middle of his long-awaited trip? Hire a travel insurance with any of these companies Real Travel Insurance, or insurance Promo You want to avoid those sky-high mobile bills at the end of his international trip? And yet able to do, receive calls and use the internet? Buy an international phone chip with any of these companies: OMeuChip or with the or with the OBS: We emphasize that the responsibility for providing the services / sale and delivery of products, suppliers are described above.
CategoryEurope What to do in Spain?