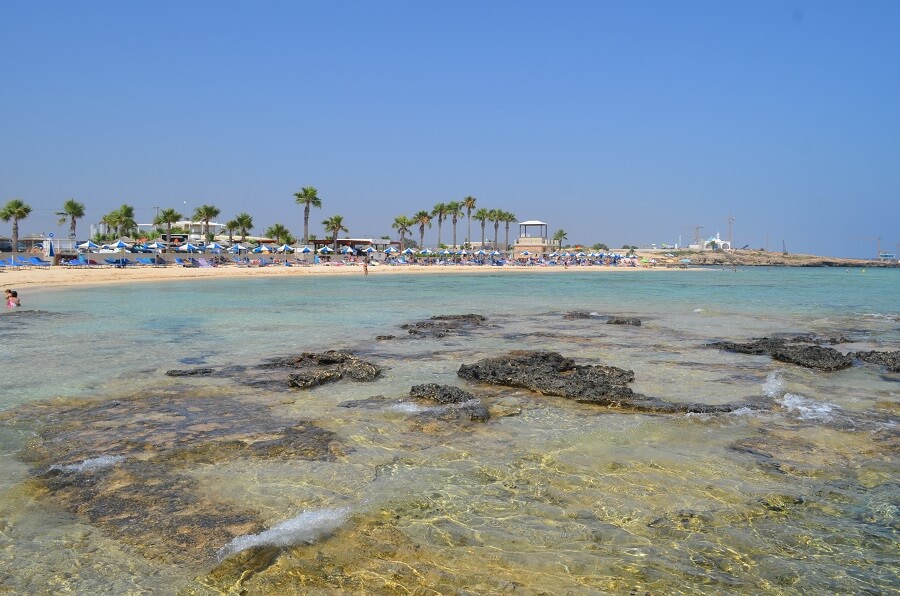 Things to Do in Larnaca, no Cyprus

Things to Do in Larnaca? The city is one of the largest and most important Cyprus, It is the main airport in the country, where comes the majority of flights across Europe.

Cyprus is a country that is located in the Mediterranean Sea east, is an island with many beautiful beaches largely Russian and Israeli and Europeans in general.

We were there on vacation during the summer and, We found that the passages there leaving Barcelona were pretty cheap so we were spending 10 days there, Furthermore the country is quite cheap compared to hotels, restaurants and tours. 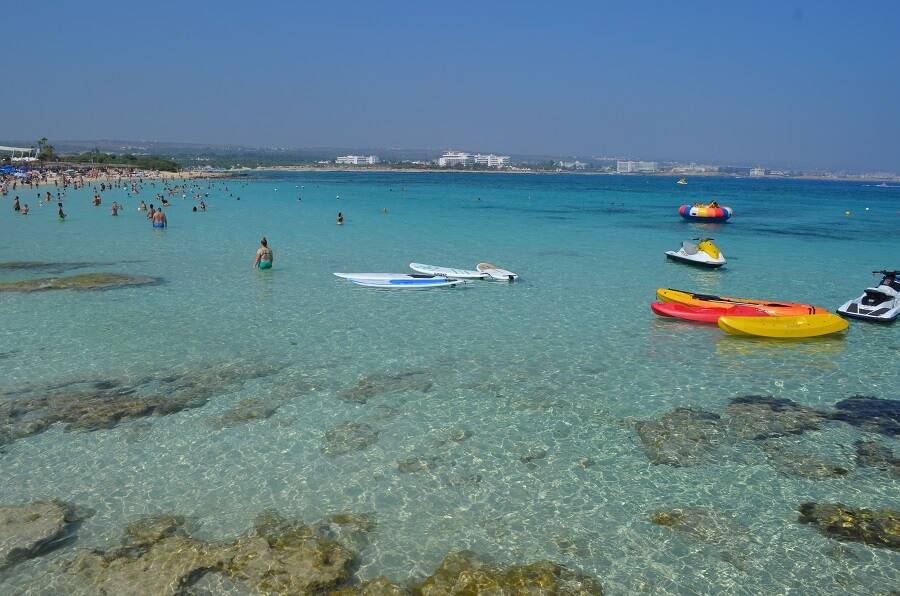 Larnaca It was the city we arrived because it is where is the best airport to arrive from Barcelona and, how we arrived early in the morning we decided to sleep one night there, at the airport we took the car we rented through the site Rentcars.com with Green Motion company, this company does not recommend it highly for, they do everything so that you rent the car with full insurance, We've rented car at more than 20 countries but only in Cyprus and Italy (Sardinia was with another company that rented the car, chamada Rent, they were even worse) we were almost forced to hire full insurance, because the staff of the lessor put much fear in people, and as in all other countries of Europe that nothing happened, Better not take a chance and stay quiet, but it's alright, only gets this tip to the next that is there.

Larnaca stayed at San Remo Hotel, a good hotel with fair price, Does the hotel have a swimming pool, You can stop the car in front of the hotel, the street is quiet, breakfast was included in the rate, in addition to having air conditioning, mandatory item in Cyprus over the summer 30 degrees, and in some places charge the value of the use of air conditioning part, we find funny, but it was real. 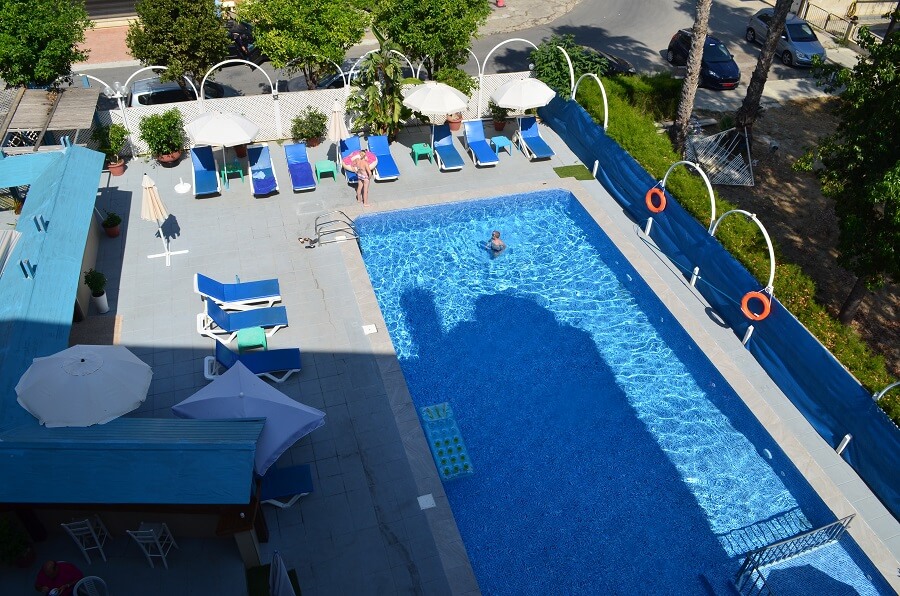 We stayed in Larnaca only for a day, the next day we went to Ayia Napa, one of the most beautiful places of the island.

Things to Do in Larnaca and what are its tourist attractions?

Even being only a day in Larnaca had time to know the main attractions of the city.

O Larnaca Salt Lake It is an attraction for the beauty of the lake and also there have many flamingos, but unluckily they were not there that day, but still worth going through there. 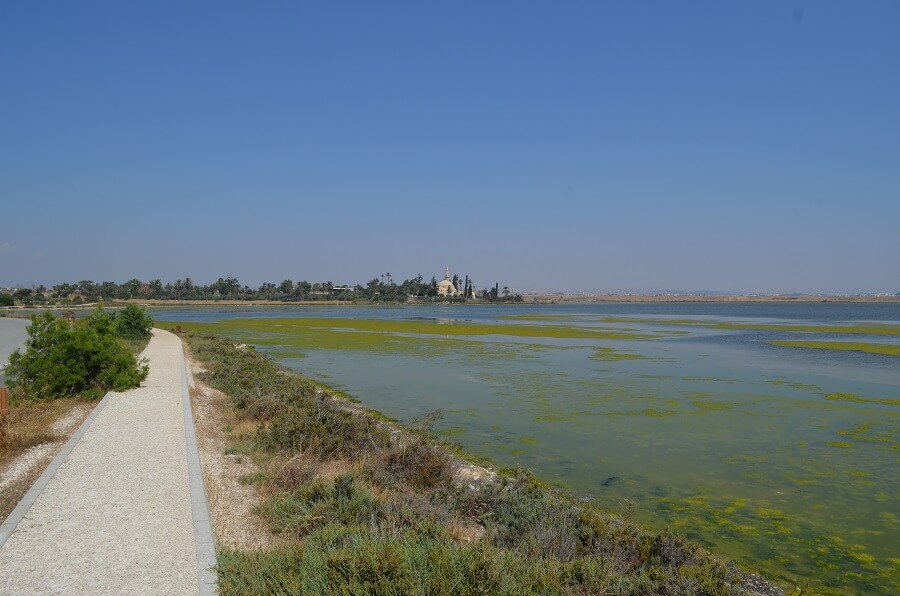 Although the lake has Mesquita Hala Sultan Tekke It is a very important Muslim shrine. Umm Haram was a nurse of the Islamic Prophet Muhammad and wife of Ubada bin al-Samit. Second some research the sanctuary is in the nurse's death site. The sanctuary later, He turned the mosque and the whole complex is named. 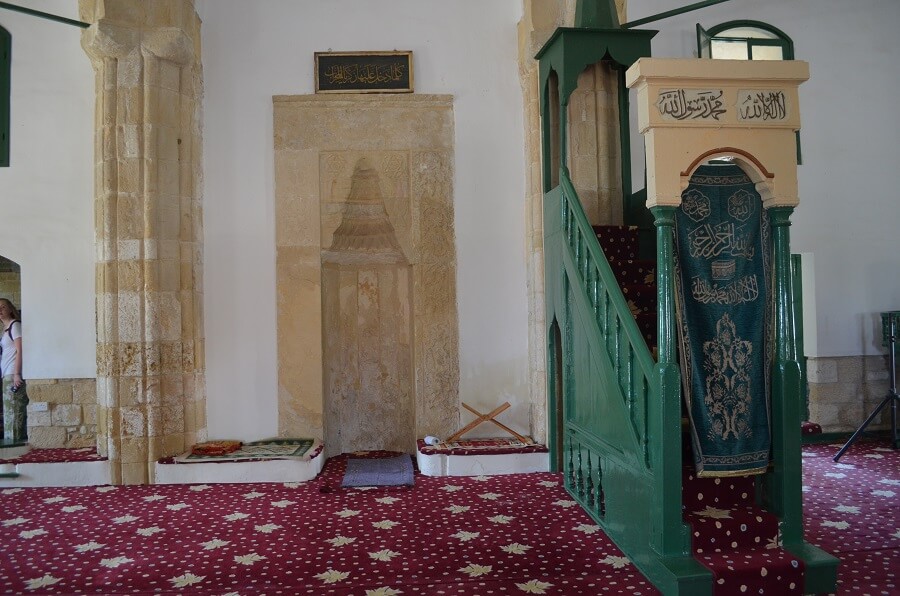 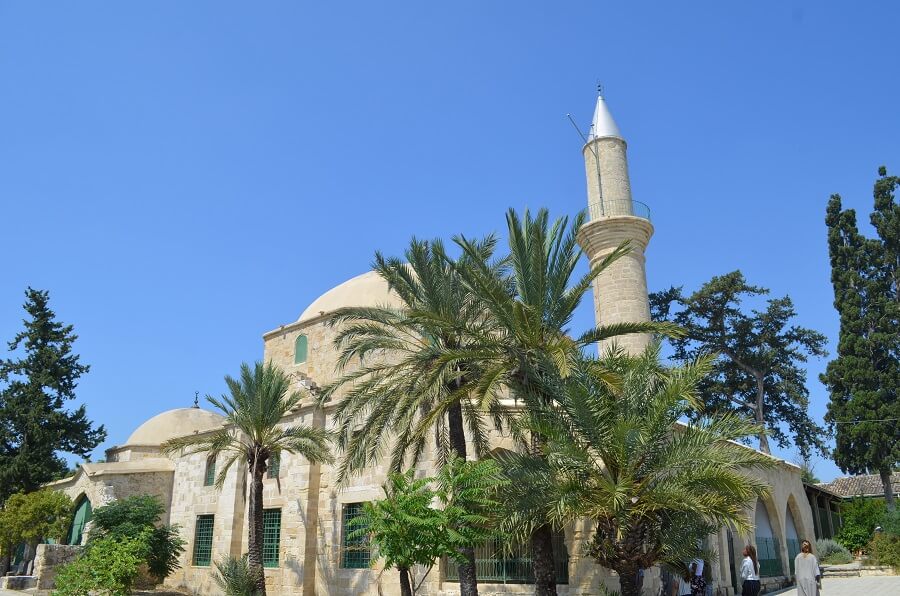 In the times in which the Ottomans ruled the region, the mosque complex was built in stages around the grave, especially in the late eighteenth century and early nineteenth century. The structure of the temple was raised first by Hassan in Sheikh 1760.

Hala Sultan Tekke consists of a mosque, mausoleum, minaret and cemetery. The visit is free and being the lake shore makes it even more beautiful, We stayed there for 1 hour, long enough to know the mosque.

Church of San Lazaro, the most beautiful city, every stone, in the city center, there are the remains of Lazarus of Bethany which according to the New Testament was resurrected Jesus, to have this history the church is much visited by tourists, good get there early, because later it is full of tourists, as we were leaving, We got a huge group. 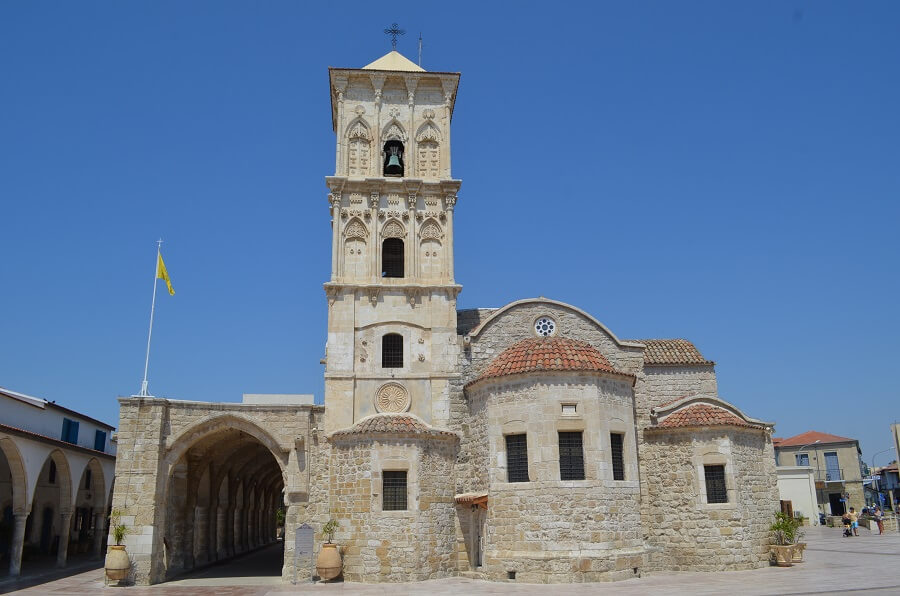 The church was built at the beginning of the year 900. By a Byzantine emperor took the former remains of St. Lazarus of Bethany to Constantinople, for this reason, he wanted “reward” Cyprus, starting the construction of the new church in celebration of the Holy, the remains are next to the altar and can be seen. A legend around the St. Lazarus of Bethany Church, He says it was the Virgin Mary who has woven and hand delivered to the Episcopal canopy Lazarus. This tradition has served historically to argue the independence of the Orthodox Church of Cyprus, currently being autocephalous Orthodox Church of Greece. 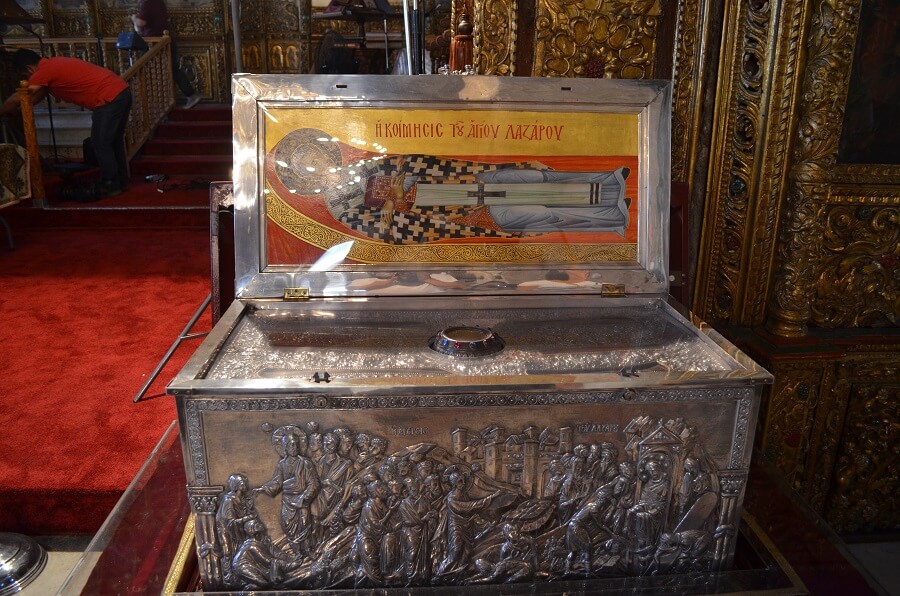 We did this tour for more 2 hours, and as we were in summer, it was time to go to the beach toward Ayia Napa, so we know and stay there in Beach Ayia Thekla (Ayia Thekla Beach) beautiful white sand beach and crystal clear waters, We stayed that way during the late morning and early afternoon. 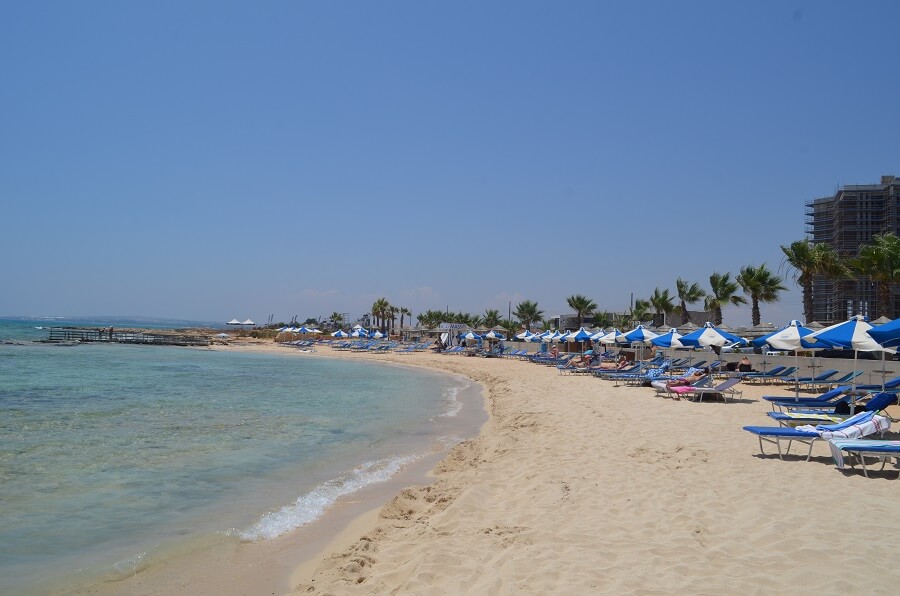 In the late afternoon we went to the Dome beaches (The Dome Beach) e Beach Makronissos (Makronissos Beach) one of the most famous beaches in Cyprus, the two are on a small peninsula. 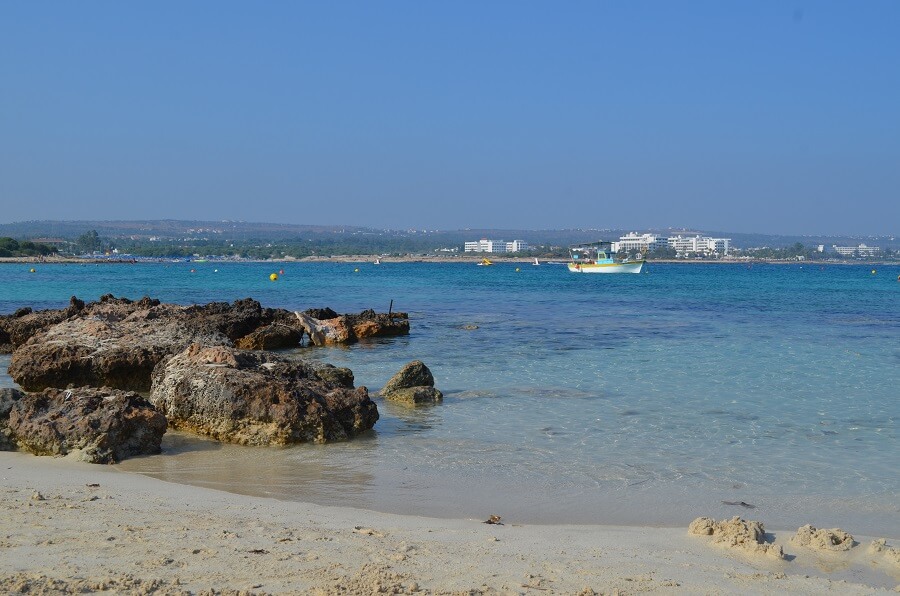 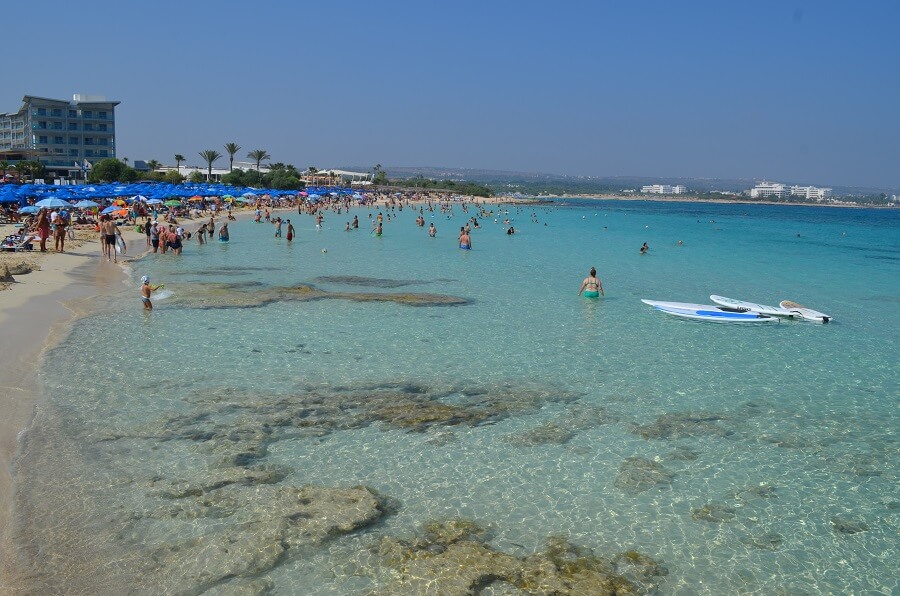 He feels like traveling after so many tips? The Blog TurMundial gives you even more tips to ease your travels: Want to book a hotel? Book hotels with great prices by Booking. Want to book an apartment, home, boat or even a tree house and still win 100 real in his first stay? Book all these and many other choices of places with great prices by Airbnb. Want to buy advance tickets for various attractions and tours without those huge queues? Buy Ticketbar Want to rent a car? Undoubtedly indicate the Rentcars.com it seeks the best cars and market values. You need to send or receive money to / from abroad, without paying those absurd charges of bank or exchange houses it Wise You want to avoid problems in the middle of his long-awaited trip? Hire a travel insurance with any of these companies Real Travel Insurance, or insurance Promo You want to avoid those sky-high mobile bills at the end of his international trip? And yet able to do, receive calls and use the internet? Buy an international phone chip with any of these companies: OMeuChip or with the or with the OBS: We emphasize that the responsibility for providing the services / sale and delivery of products, suppliers are described above.
CategoryEurope What to do in Cyprus?
TagsCyprus destination RBBV Europe Church of San Lazaro Larnaca Salt Lake Larnaca Lazarus of Bethany Mesquita Hala Sultan Tekke Things to Do in Larnaca Beach Ayia Thekla Beach Makronissos Dome beaches

Blue Lagoon do Chipre, it's a beauty of nature