Things to Do in Nessebar, Bulgaria

Things to Do in Nessebar in Bulgaria? Nessebar is another of our favorite cities in Bulgaria. Located on the shores of the Black Sea, It has an impressive beauty.

Nessebar It is so beautiful and important that is considered the pearl of the Black Sea or Dubronvik Black Sea, we know the two cities, we can say that the two are very beautiful and deserve to be visited. 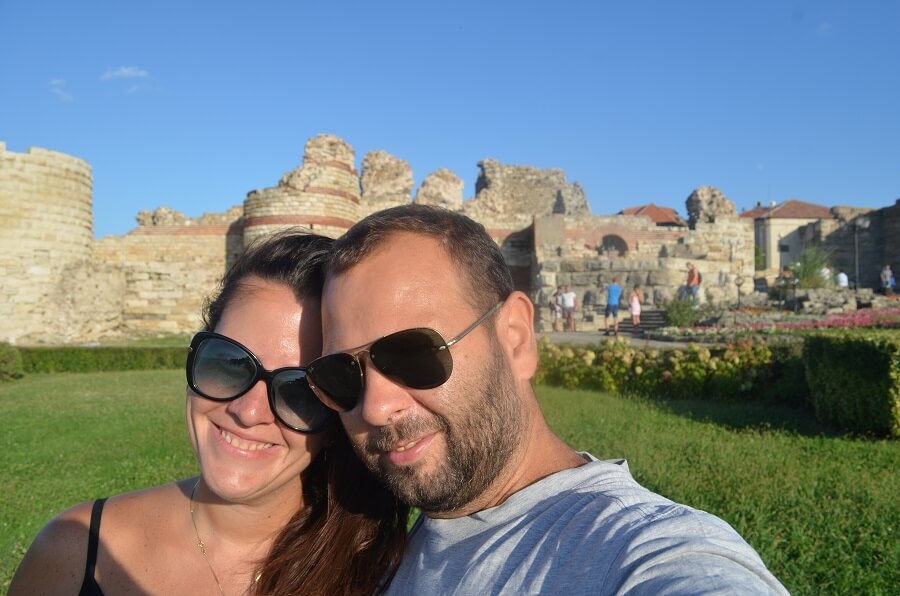 We went to Nessebar on a trip through Bulgaria and Romania and, this town was our third stop, actually almost did not go to visit her, because we were going from Plovdiv to Sunny Beach and Nessebar was halfway, luckily that in our planning we arranged to meet some interesting things on the way, before we arrived at our hotel in Sunny Beach, by the way the hotel we stayed at, O Cascadas Family Resort, It was a wonderful resort and only pay 20 Euro per day, I had a great and beautiful pools, the room was great, great, with kitchen, but we do not cook, We eat one of the days in the hotel restaurant which was also great and cheap, I had a huge gardens around the hotel, also beautiful, we highly recommend staying at this hotel, since in Nessebar, in the old city does not have a large infrastructure of hotels and this city that we next was super close and the beach (the most famous of Bulgaria) super close to the hotel.

Returning the trip, when we plan our trips put on the road and in the cities that we, all points that might be interesting, so we were lucky to come to terms Nessebar. 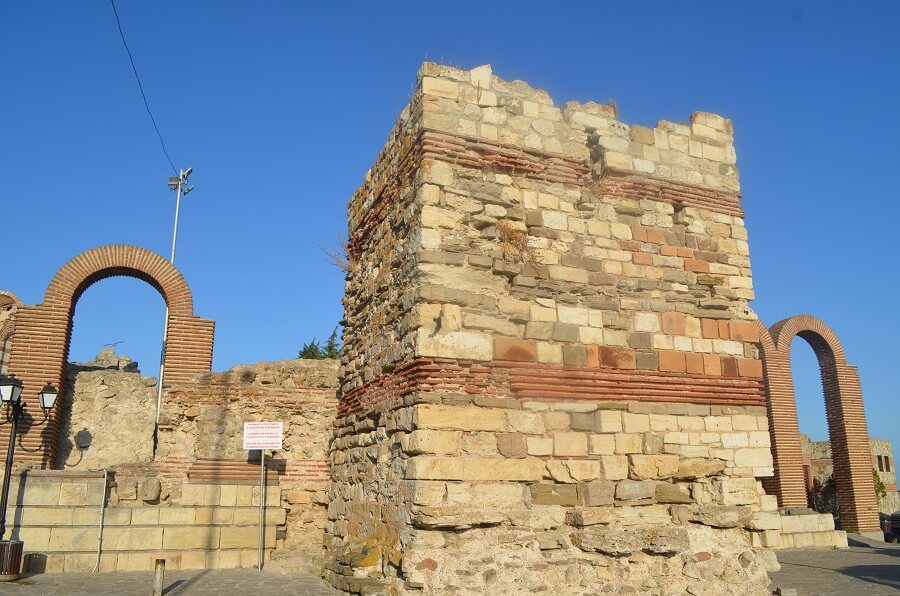 Before arriving in the city we stopped in South Nessebar Beach, which is one of the most beautiful beaches of the coast of Bulgaria, which was also another surprise, Besides being beautiful the beach has a view of the ancient city of Nessebar.

Some of the history of Nessebar

The Architectural and Historical Reserve of Nessebar, we can find in their ancient city has been included by UNESCO in 1983 the Heritage of Humanity list.

Nessebar is one of the oldest cities in Bulgaria and Europe, although not as much as Plovdiv also visited.

Numerous archaeological finds were found, It is suggesting that is a city of Thracian origin. This evidence is found in Nessebar Archaeological Museum. founded in 2.300 A.C, It became a Greek colony. Since then, it is known that they called the city with the name of Mesambria. 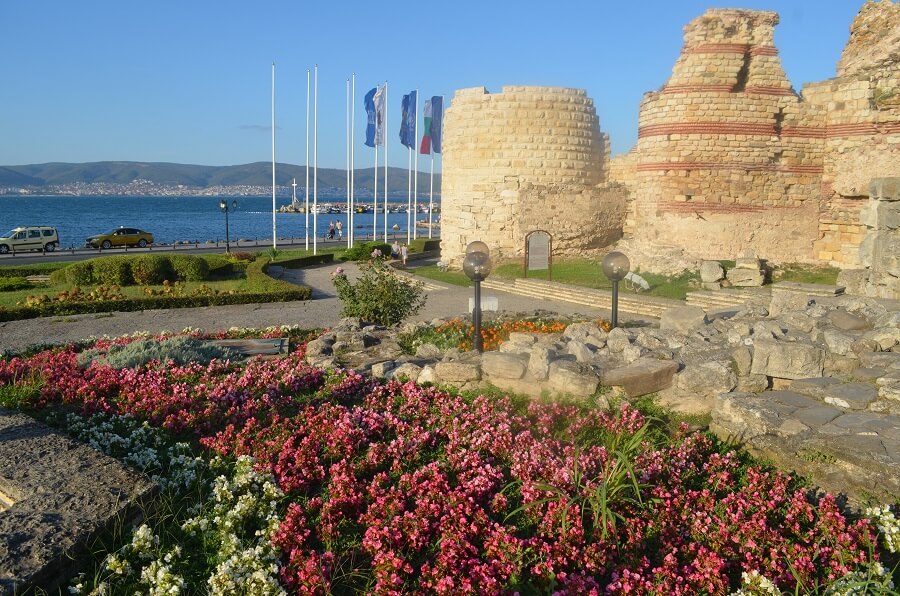 It fell under Roman occupation 71 A.C, to become an important trade center and a fortress for the Byzantine Empire later.

Also it was conquered by the Ottoman Empire in 1453, which meant a period of decline for the city, although its architectural monuments remain. After the release Bulgarian, in 1878, they had to wait until 1885 Nessebar to return to Bulgaria.

Things to Do in Nessebar in Bulgaria and what are its tourist attractions?

A ancient city of Nessebar It is located on a small peninsula, separated from the rest of the city by an artificial isthmus, we stopped the car in a parking lot inside the right side of the peninsula, outside the walled city. 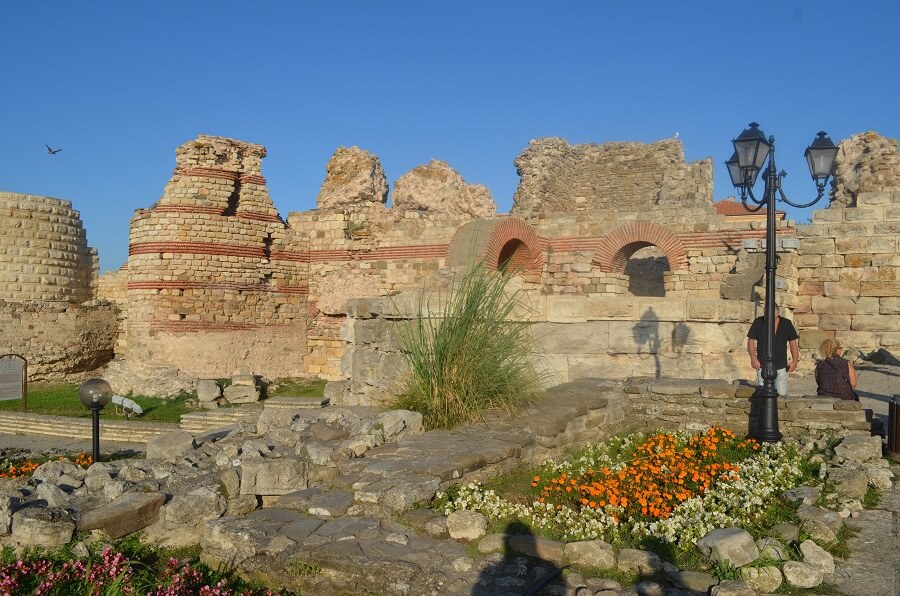 The isthmus is artificial and on the way there is an old wooden mill. At the entrance of the ancient city of Nessebar we see one of the entrance gates as the city was walled, today has preserved several parts of the wall.

Originally built by the Thracians, underwent subsequent modifications, as the Byzantine era. 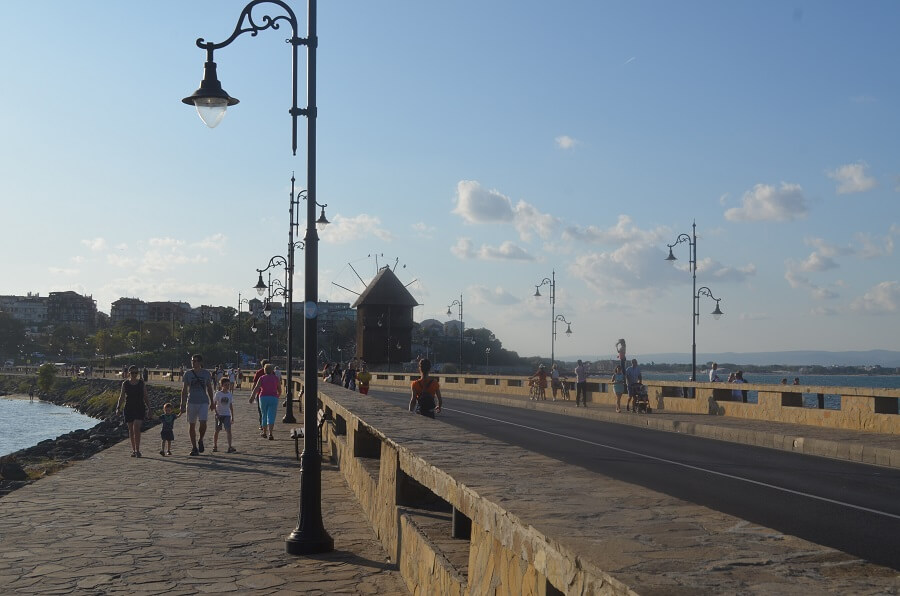 Walls of houses of Nessebar

Many of the houses we found are similar to the historical center of Plovdiv. Generally, are wooden houses that keep the Bulgarian Renaissance style that flourished between the seventeenth and nineteenth. 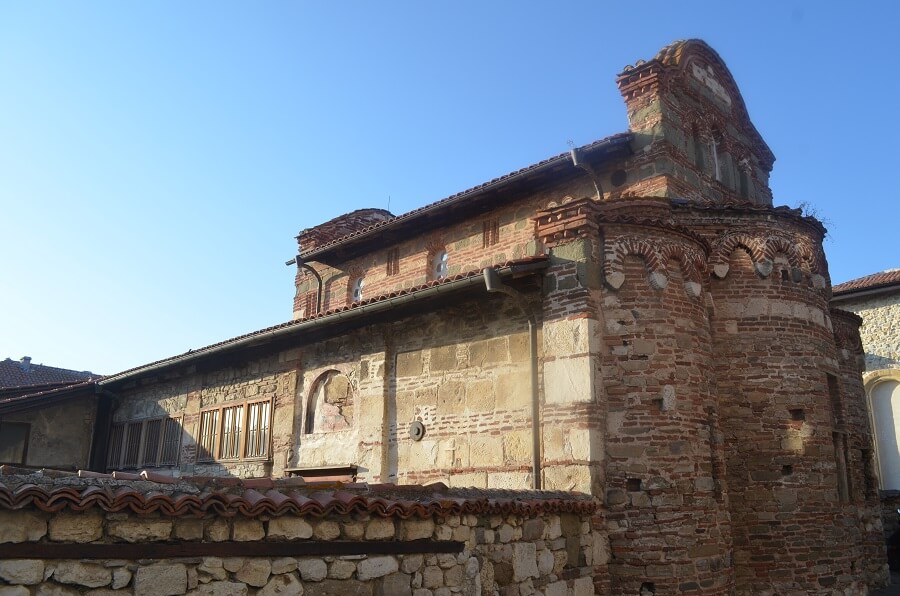 A Old town of Nessebar It is a UNESCO World Heritage Site where there are many churches and places of interest, we recommend a walk through every street as each one is more beautiful than the other tourist attraction. 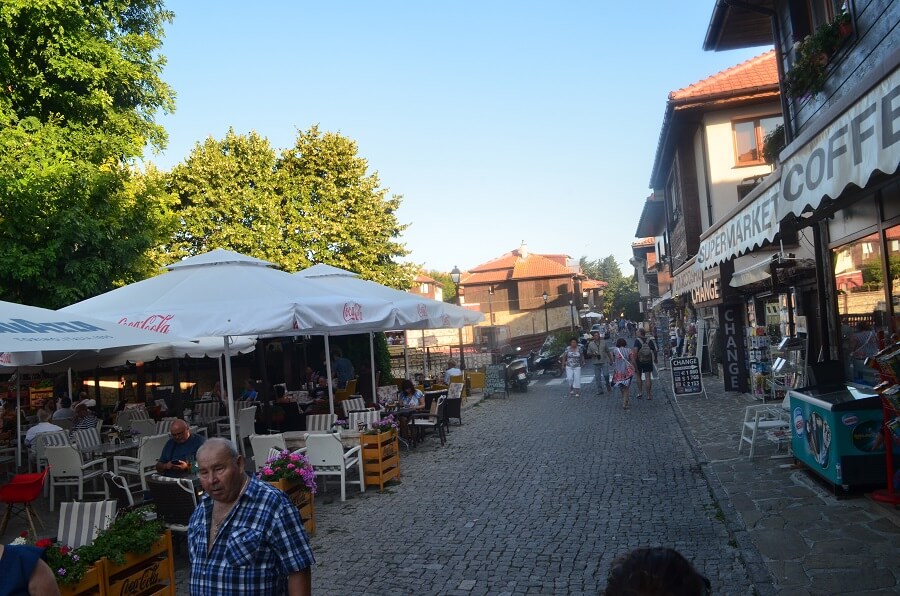 A Hagia Sophia church It is an orthodox temple of Byzantine architecture. Located in the ancient town of Nessebar, It is part of the UNESCO World Heritage.

The church is located in what was the center of the old city. It is a basilica with three naves without dome.

And now a bit of history: the basilica was built between the end of the fifth century and the beginning of the sixth. The current appearance is from the ninth century, when it was rebuilt. During the middle ages, He served as the cathedral for the bishopric of Nessebar. In 1257, the church was sacked by the Venetians during a campaign against the Bulgarian Empire. Many relics were taken to the church of San Salvatore, in Venice. The basilica was abandoned in the eighteenth century. 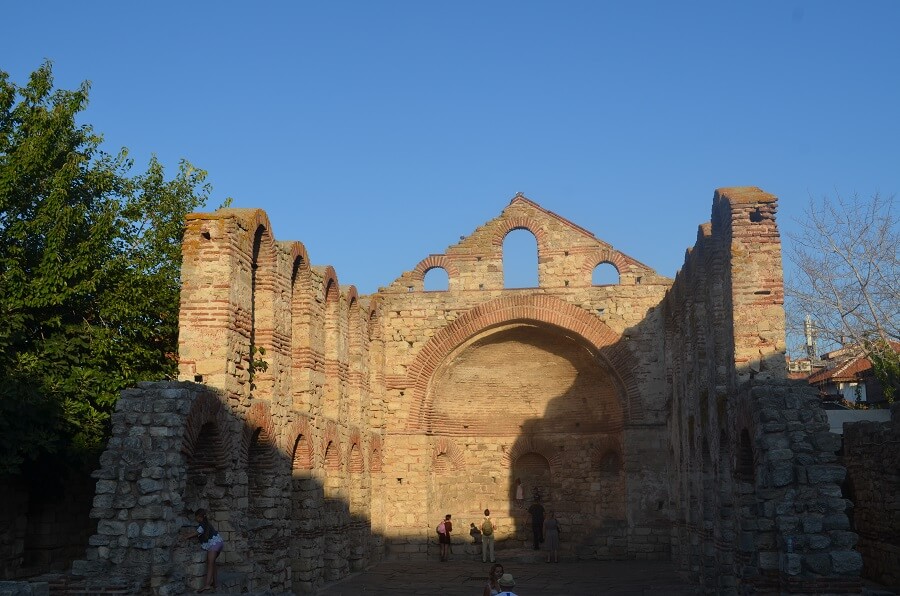 O Archaeological Museum of Nessebar It is one of the most visited places in Nessebar that we recommend to all tourists and travelers who love history. 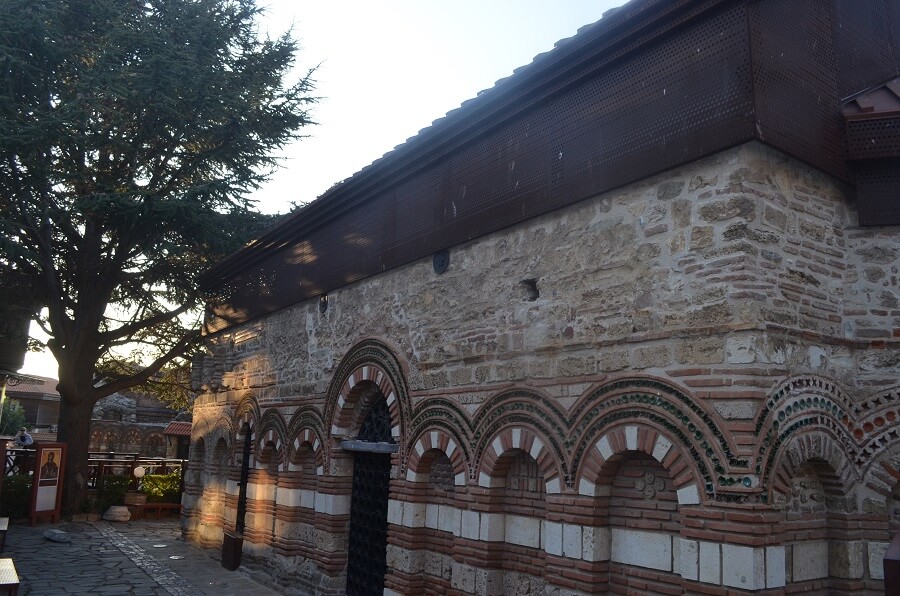 Visiting the museum is a journey through the life of the Thracians, and the Byzantine Empire Roman. If you like ancient history, can not miss the treasures that this museum hides.

A Church of Christ Pantocrator was built between the thirteenth and fourteenth centuries. No Byzantine style, presents a construction technique called opposed mixtum, old originally from Rome, but it was adopted by the Byzantine and Muslim architecture. 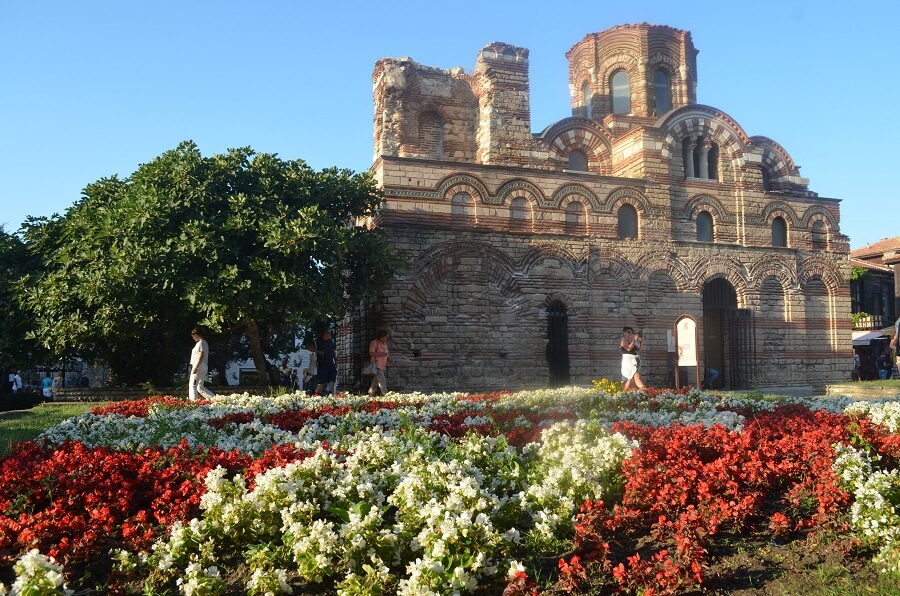 It is one of the best-preserved churches of the Middle Ages. It has the shape of a Latin cross. If you visit this wonderful Byzantine, You will be fascinated by the color it presents.

All these wonders are within the medieval town of Nessebar and to be on the shores of the Black Sea makes it even more beautiful landscape.

The beach of Nessebar South as we commented, It is one of the most beautiful beaches in Bulgaria, we would say until the most beautiful, with white sand dunes and crystal clear waters, It is a delight for the eyes. 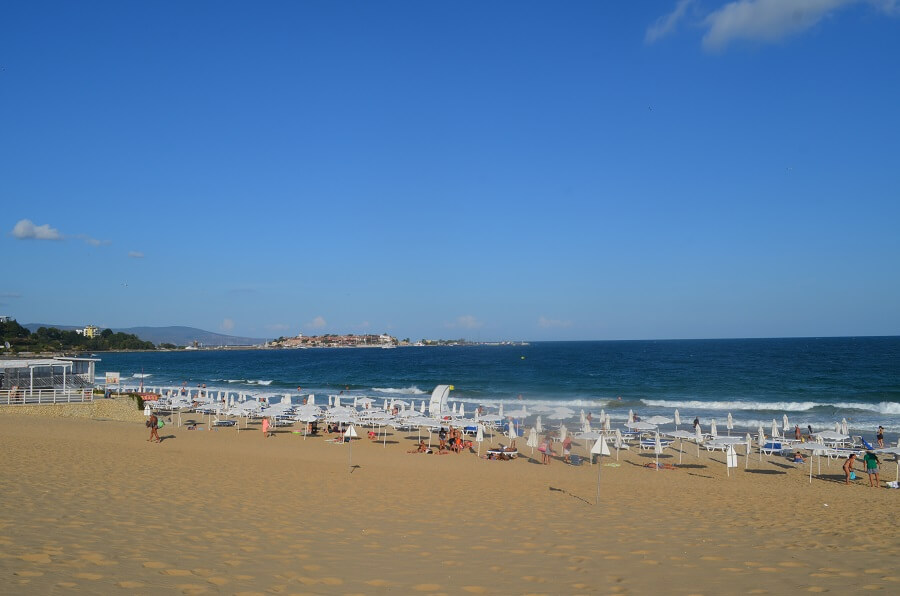 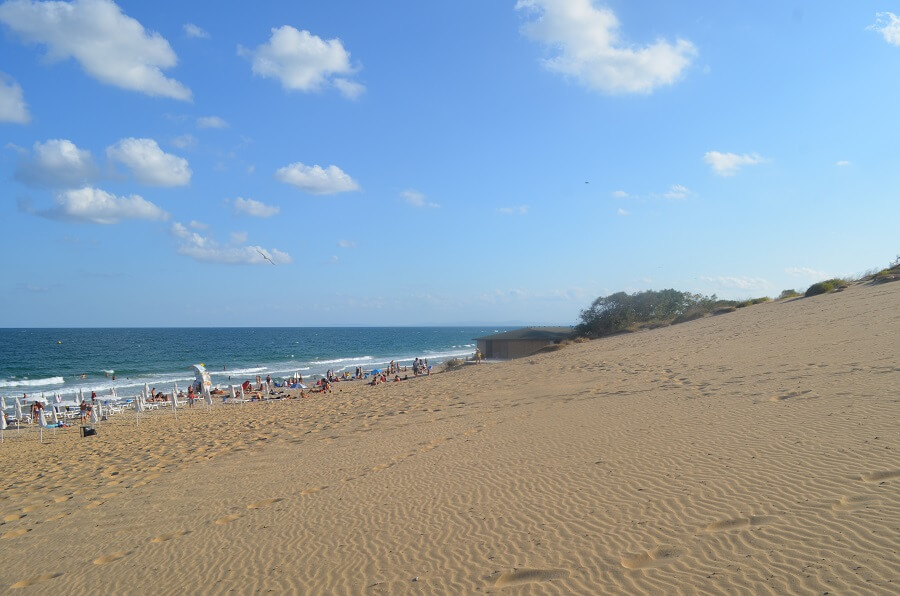 The city of Sunny Beach is well known for its resorts and beach clubs, as we mentioned before was there that stayed.

This beach with resorts of the municipality of Nessebar.

Sunny Beach is sort of the Bulgarian Ibiza, but many families will also, as well as being very beautiful the price of resorts, food, rental of sporting goods, everything is very cheap, especially if you compare with many other beaches in Europe.

Black Sea beaches are well preserved. Sunny Beach is no exception. It is an ideal place to visit with family and young children. It is an alternative to the Mediterranean that is beginning to gain traction among Western tourists, mainly Russians and Ukrainians.

This was our roadmap for Nessebar and aglumas tips on what to do in Nessebar, We recommend stay 2 a 3 days, but if it is also for the part of clubs and ballads, it is better to stay a little longer.