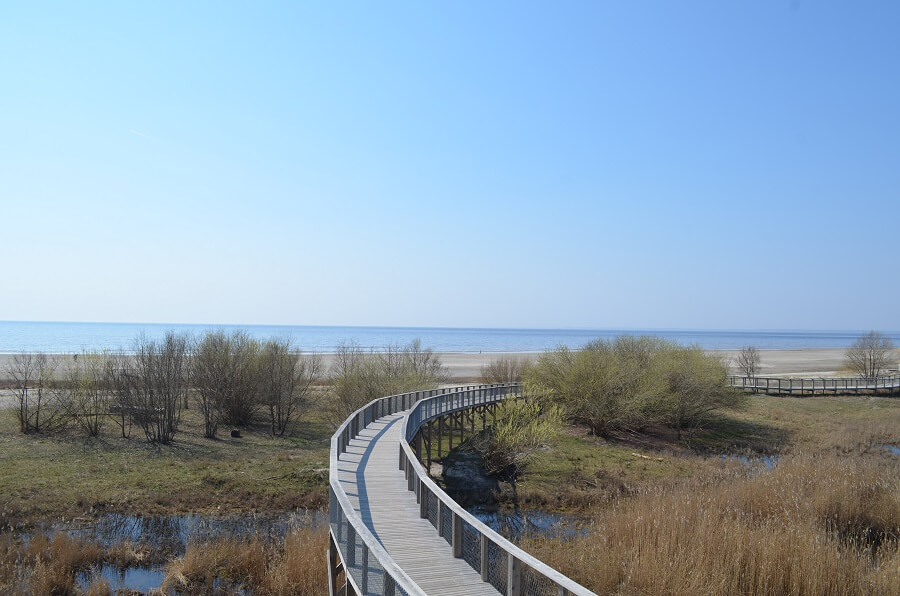 Things to Do in Parnu, on the coast of Estonia

Things to Do in Parnu, seaside town on the coast of Estonia, one of the most visited beaches by the Estonians, with plenty of hotels, a long beach and even a water park.

And you ask, why a Brazilian couple go through Parnu? We spent there because the city is in the middle of the road connecting Riga, capital Latvia e Tallinn, capital of Estonia, and as we were making a trip to the Baltic States, and the direct path between the two is over, over 4 hours, we saw this city as a good option to stop, know and have lunch there, plus course, esticarmos legs. 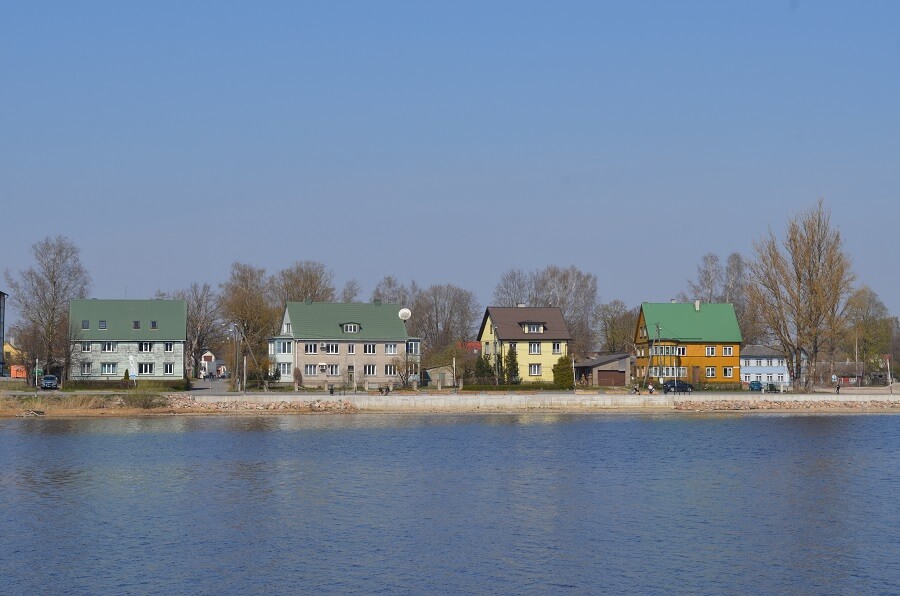 But after we stop in this town we saw that the city is very important, one of the largest Estonia, Parnu is known for its summer vacation resorts, its long beach and the water park and Hotel Spa Terviseparadiis, but to be honest, the town is cute, in the summer should be very excited, but the beach itself does not find it very beautiful no, but for them it does not have a very large supply of beaches, break a good branch.

The vast majority of visitors are from own Estonia, but many come from Finland and Russia.

Things to Do in Parnu and what are its main tourist attractions?

A principal Parnu tourist attraction and the Parnu Beach, with a long sandy stretch of beach hit, but not so fine, there is lots to do in summer, as water sports, Restaurants Seaside, a park which is a type of mangrove where many birds pass through the region, even has a small lookout to see the area's biodiversity. 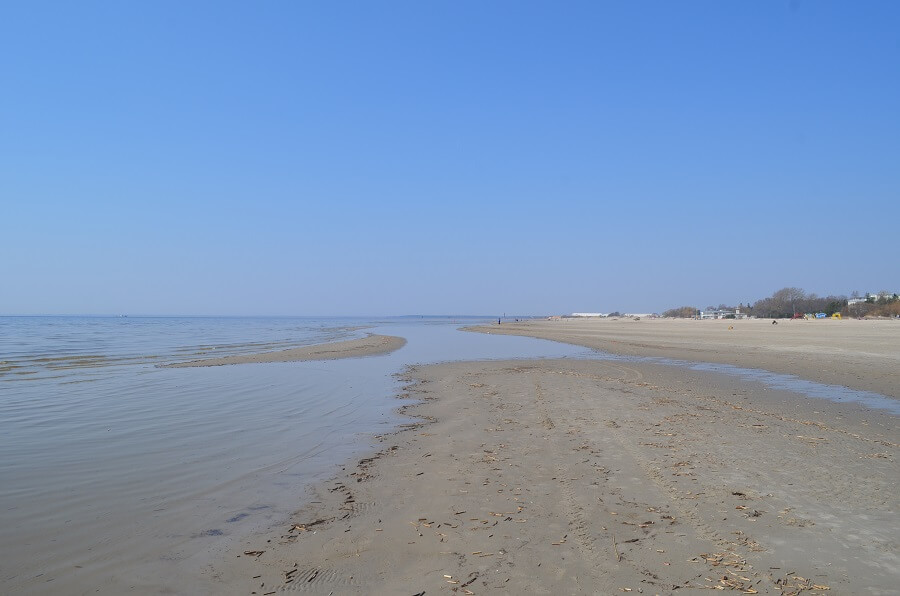 O gazebo is named after Pärnu meadow trail, and it is right in front of the water park. 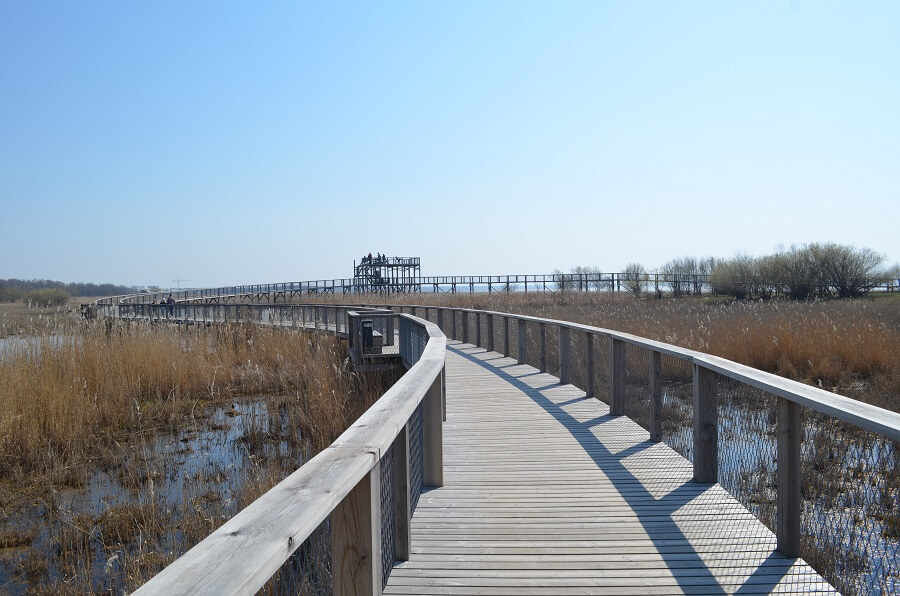 O Health Paradise hotel spa & water park It is a city and SPA Resort in addition to being a water park much sought after by tourists, we saw some pictures of the hotel on the internet and until we are willing to stay there, for at least a day and is not an expensive hotel for all it offers, but as we speak, only we stayed in town to rest your legs and have lunch, besides knowing these points.

O Pärnu Mud Baths, It is one of the ancient spa town water, today is a therm and a beautiful hotel, O Hedon Spa & Hotel 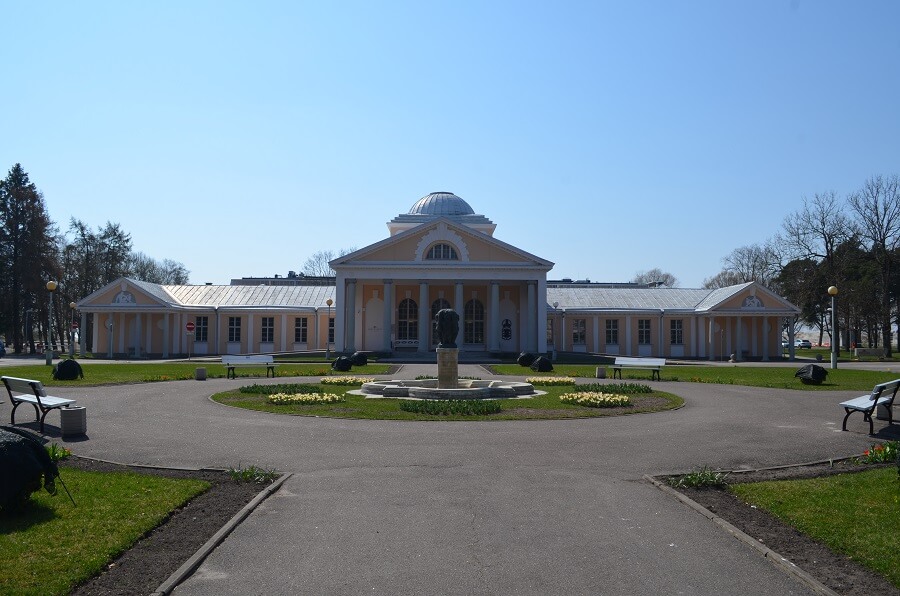 On the day we were in the city was early spring, it was hot, but not quite yet, so the city was not very full and so some restaurants by the sea were closed, but we saw that one of the restaurants, o Steffani, that was on the beach and in the city, we were closer to the center of town and eat there, delicious food not remember how he called the dish, but it was a kind of rice very good oven, mine was shrimp with rice topped with a dough and the Pri was also a dish of baked rice with mushrooms and other vegetables, the dishes were huge led to divide one, but as we knew we not ask one for each, and even then it was very cheap, less than 17 euros with drinks and even a entradinha with bread and salad. 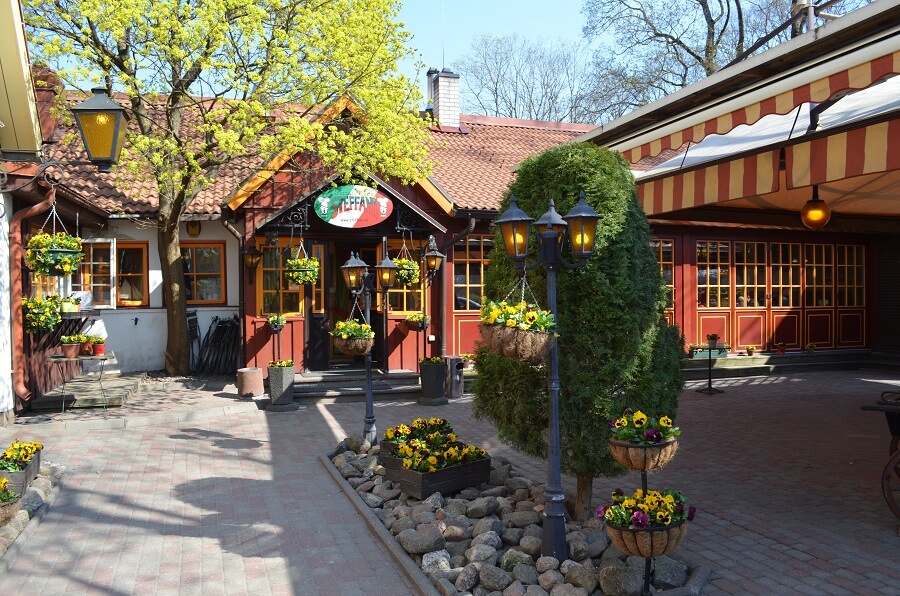 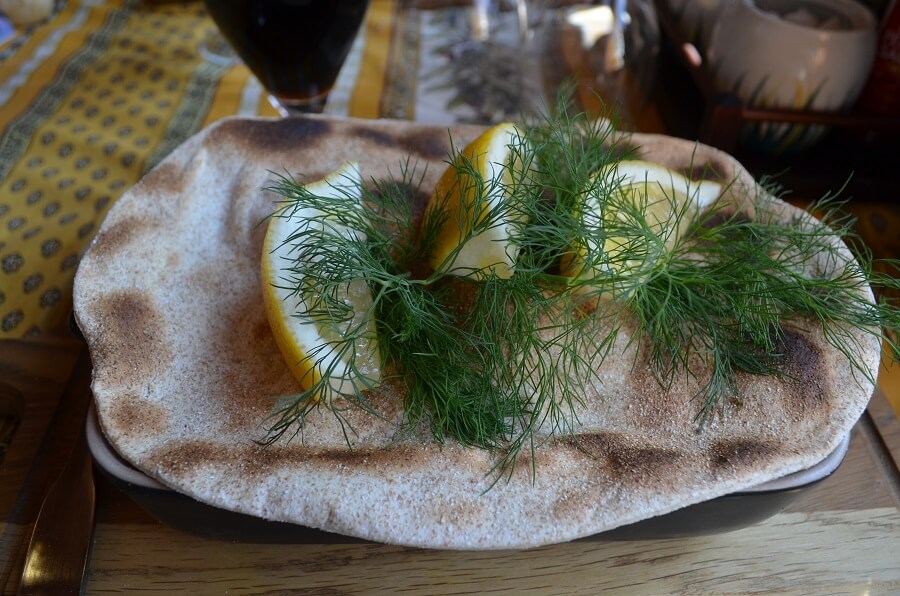 After this wonder food we know a little more of the city and passed the Church Catharina, fur Parnu Opera Hall and arrived in rio Parnu which divides the city into two parts. 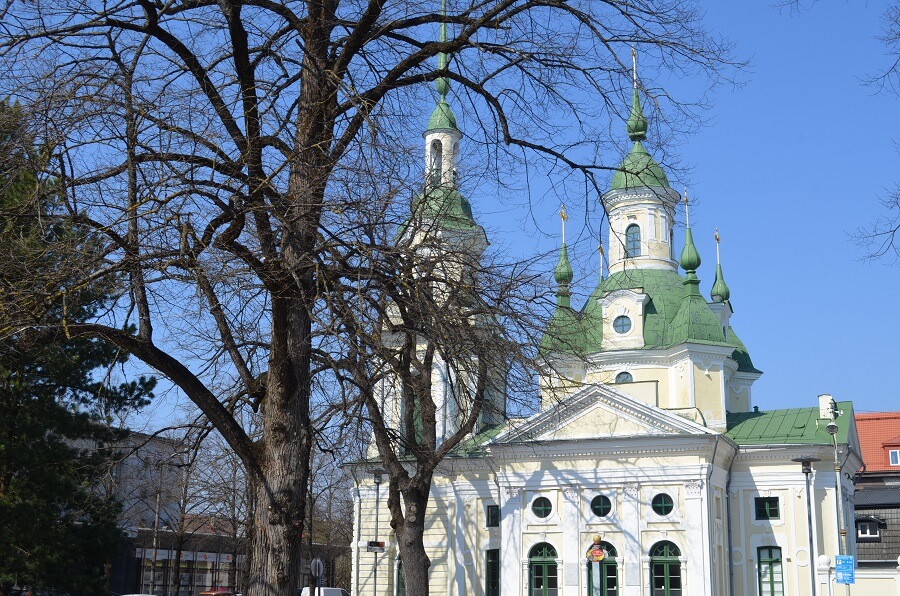 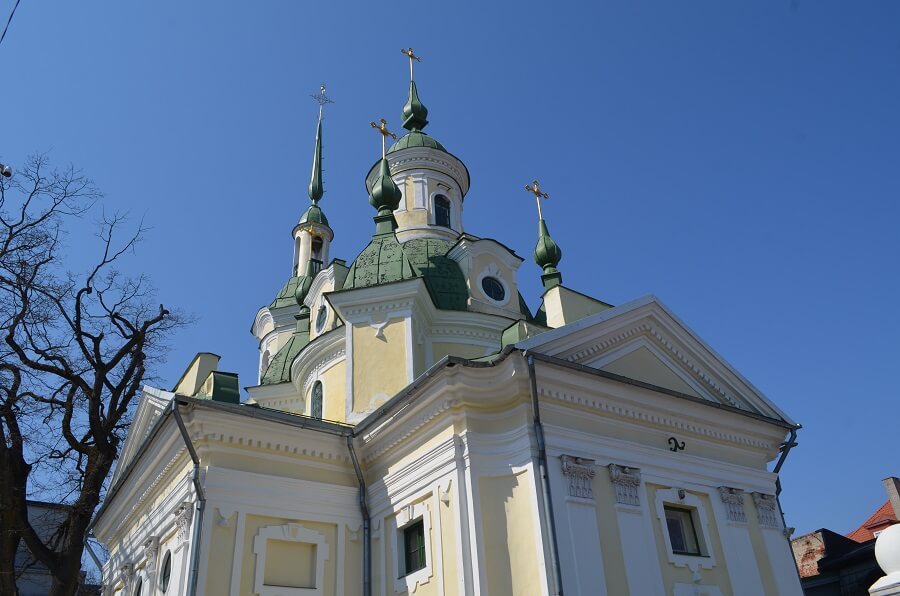 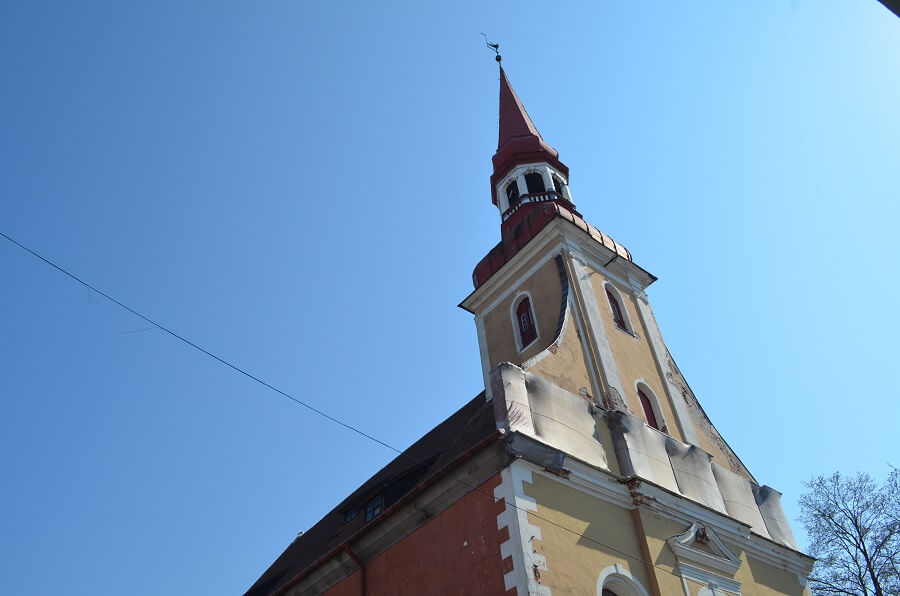 We stayed in Parnu, by a 3 hours, then we follow the road and went to Tallinn, where we were hosted by 2 nights to get to know the beautiful medieval capital.

He feels like traveling after so many tips? The Blog TurMundial gives you even more tips to ease your travels: Want to book a hotel? Book hotels with great prices by Booking. Want to book an apartment, home, boat or even a tree house and still win 100 real in his first stay? Book all these and many other choices of places with great prices by Airbnb. Want to buy advance tickets for various attractions and tours without those huge queues? Buy Ticketbar Want to rent a car? Undoubtedly indicate the Rentcars.com it seeks the best cars and market values. You need to send or receive money to / from abroad, without paying those absurd charges of bank or exchange houses it Wise You want to avoid problems in the middle of his long-awaited trip? Hire a travel insurance with any of these companies Real Travel Insurance, or insurance Promo You want to avoid those sky-high mobile bills at the end of his international trip? And yet able to do, receive calls and use the internet? Buy an international phone chip with any of these companies: OMeuChip OBS: We emphasize that the responsibility for providing the services / sale and delivery of products, suppliers are described above.
CategoryEurope What to do in Estonia?
Tagsdestination RBBV Estonia Europe Things to Do in Parnu Baltic countries Parnu Parnu Opera Hall Pärnu meadow trail Parnu Beach

Things to Do in Tartu, in Estonia