Things to Do in Plovdiv, the second largest city in Bulgaria

Things to Do in Plovdiv? Despite being unknown by many people, Plovdiv is the second largest city in Bulgaria and the oldest population in Europe, with more than six thousand years of history, Plovdiv was a Neolithic settlement with four thousand years before Christ.

Thracian populations, Romans, Byzantine and Ottoman also passed through there. A city makes clear the mark left by all of them and the historical and architectural value of the city.

Reasons more than enough to Plovdiv become the European Capital of Culture 2019. And for you to visit it before it becomes fashionable!

We went to Plovdiv, on a trip to several cities of Bulgaria, from to Capital Sofia to the coastal cities as: Nessebar, Sunny Beach, Golden Sands e Albena, that day we left Sofia, where we stayed two days to know the capital, from there on the third day we went toward Sunny Beach, with a stop in Plovdiv, to stay an entire morning in this super charming city.

Plovdiv, It has many Roman ruins that appear in all corners of the city, making the tourist back in time, we visit each of these Roman wonders.

The city has several cobblestone streets and buildings of the nineteenth century that will take you to another era. Less excited than other areas of the city, but very charming. It may also be the part of town where the trace left by the various civilizations that have passed through Plovdiv throughout history is most evident.

During the Renaissance, the old city today downtown, It was where he lived the richest class, which is reflected in the colorful mansions that we still see today, in a single architectural style, in this part you can visit typical houses in Bulgaria, We visited two near Plovdiv gate, these buildings can only see there. exist 150 houses cataloged, many of which have been converted into museums or restaurants. 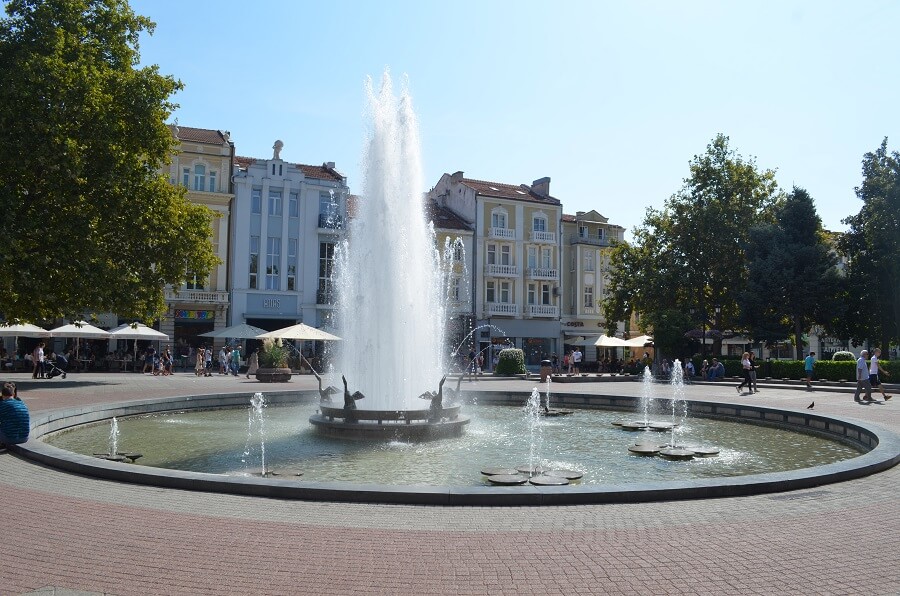 In the old town there is also the oldest church in the city, the church of Sveti Konstantin and Elena, built in 1578, as well as mosques and a Roman amphitheater almost under the mosque.

At one end of the neighborhood, the top of the hill Nebet Tepet, are the ruins of an ancient fortress and stunning city views, there is a beautiful view of the city, the fortress is in ruins, little left, in a souvenir shop saw a postcard sunset from above the hill Nebet, beautiful.

Connecting to the old city, we also find the street I Knyaz Alxandar. This wide avenue is the competition with the Stroget Street, in Copenhagen, as the largest pedestrian street Europe. In fact, is a combination of two streets totaling 1.750 meters, 250 meters more than the famous street Danish. Down the street is the Roman theater and, on my way, cafés, bares, shops and buildings that fans of the early twentieth century architecture of delight.

At one end of the street is Dzhumayata Square and the ruins of the Roman amphitheater, built in the early second century. The amphitheater had a capacity of over 30.000 spectators and was the site where athletic games were performed similar to Greece. A monument of the model shows that under the main avenue for more ruins that have not been excavated. 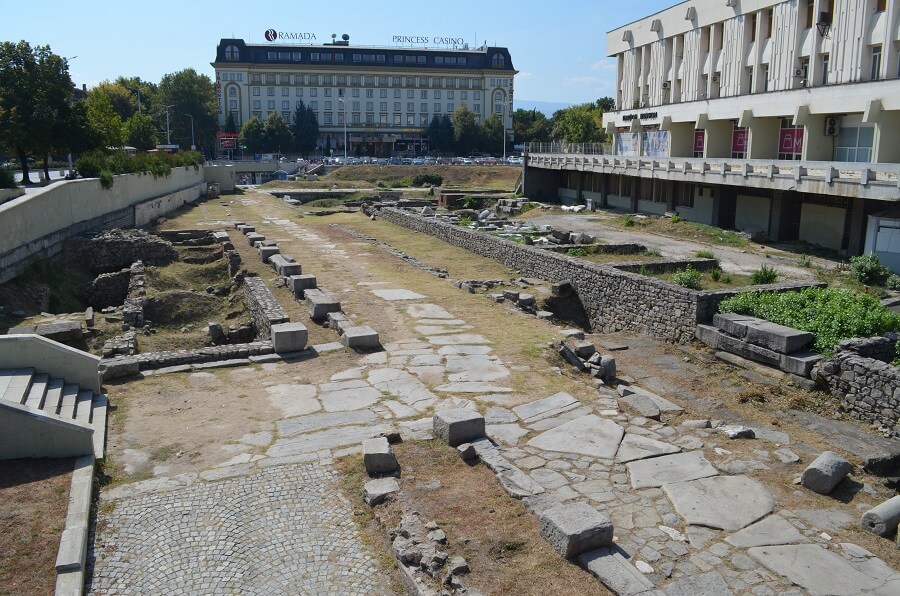 Next to the amphitheater almost upon him is Dzumaya Mosque, built in the mid-fifteenth century during the Ottoman Empire, It is a clear example of the mix of cultures and history that characterize the city.

Plovdiv is also home to a Roman theater, built between the late first and early second century, and one of the best preserved in the world. The original building had a capacity of six thousand spectators, which they started to watch theatrical performances and gladiator fights. currently, It is still used for concerts and events, as the folklore festival or international opera and rock festivals.

Plovdiv is the ideal destination for those looking to escape the mass tourism of the European capitals and big cities, furthermore is a cheap city in terms of food, drink and hotels, is a good time to visit the city, It can be done one bounces back from the capital or the coast.

We drove back and stopped at a parking lot near the city center.

Throughout the morning we walk through the city, already at lunch and before we go to Sunny Beach, we eat in Hill Comfortable restaurant, an excellent restaurant with typical foods of Bulgaria, cheap, for a couple left 20 euros with drink, Furthermore it has a beautiful view of the city as, It is next to the fortress ruin on the hill Nebet Tepet. The dish we ate was a type of pie with potatoes and cheese and couscous to accompany chicken hearts, which elsewhere in Europe have not. 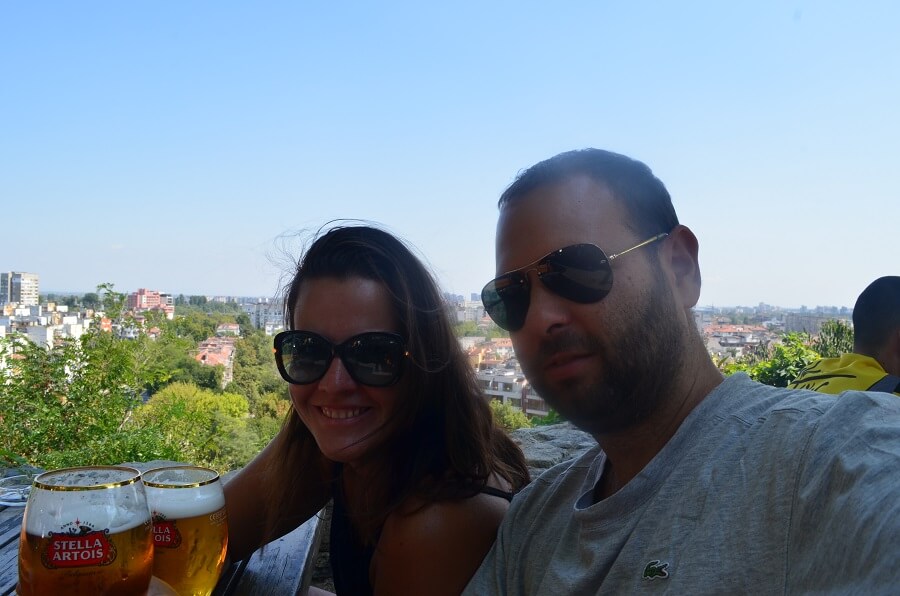 Things to Do in Plovdiv, the second largest city in Bulgaria:

A multicultural city and extremely old as Plovdiv has a great mix of all religions and, one of the tourist attractions of the city is the Dzhumaya Mosque, it is in the center of Plovdiv and was built between 1363 e 1364 but local to Igreja da Catedral de Sveta Petka Tarnovska, after the conquest of Plovdiv by the Ottoman army. 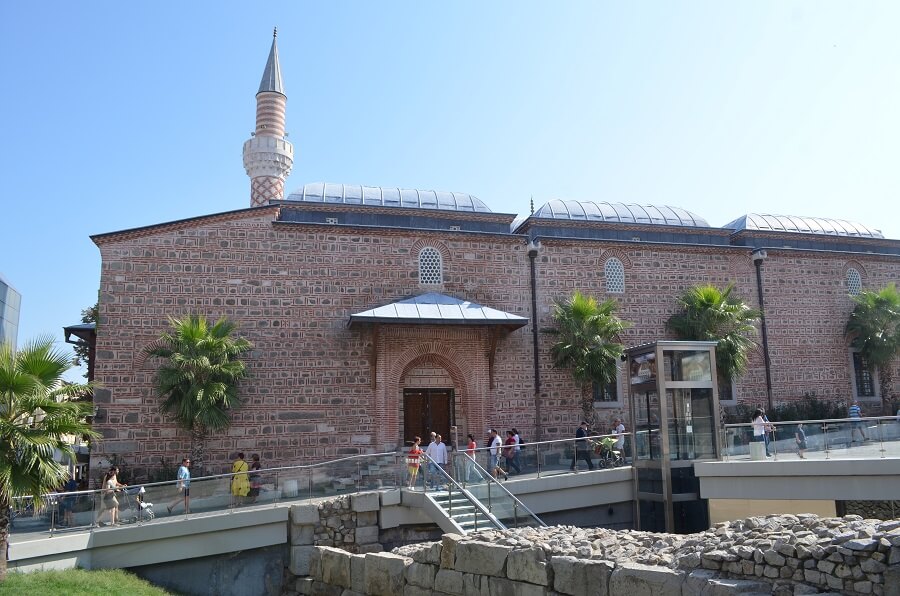 O Anfiteatro Philipopolis It was built in the early second century A.D. during the reign of Emperor Hadrian (117-138). Approximately 240 m in length and 50 m largura, It was a theater with space for 30.000 viewers. 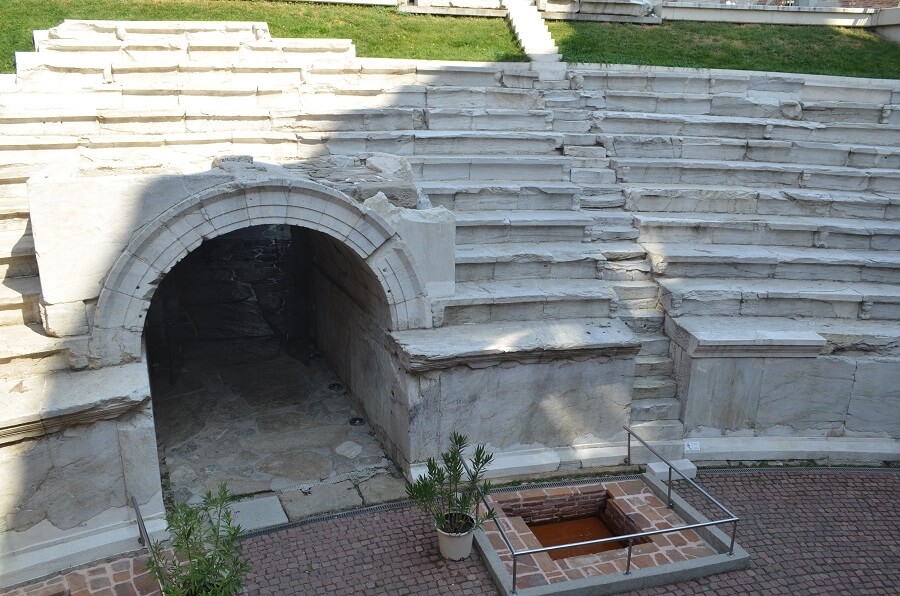 The Amphitheater is today under the current city, and there are shows there. One of the nicest places in town and never think visiting a city in the middle of Bulgaria have many Roman ruins preserved. 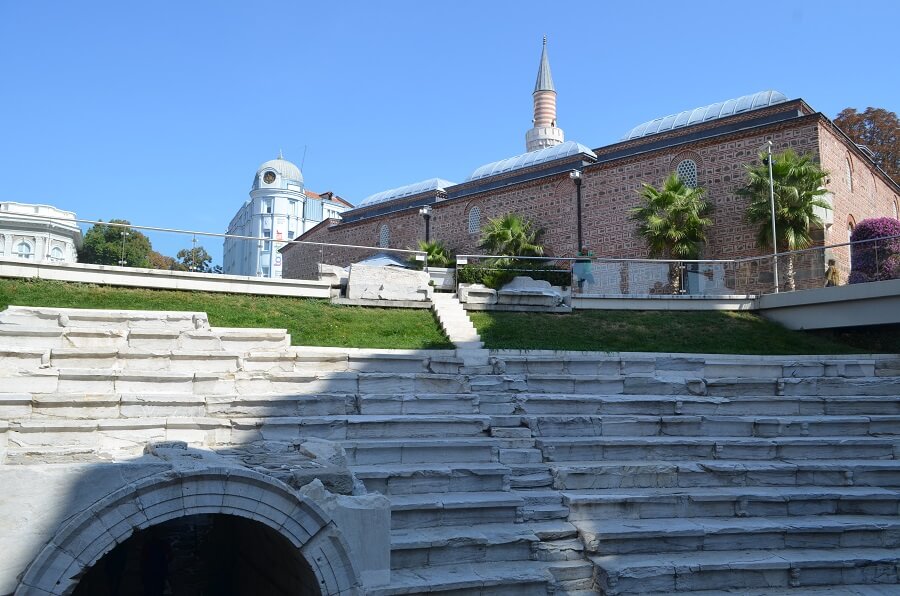 A Orthodox Church Assumption of the Holy Virgin, It is on the way to the hill Nebet Tepe, a beautiful Orthodox church and we can visit for free. 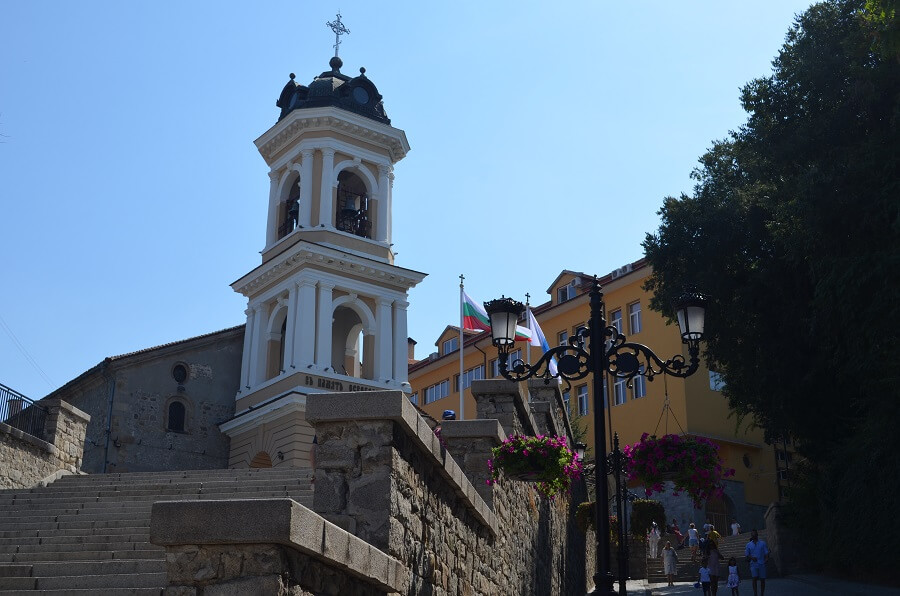 Rua Knyaz Alexander I It is a famous street in the center with all the shops in the city and in the end of it with many restaurants in the square Stefan Stambolov, this street still has a very famous statue that everyone stops to take pictures, a Milio statue is named after a popular person, kind and eccentric past Plovdiv, legend has it that he knew the gossip of the whole city and told all concerned by them. 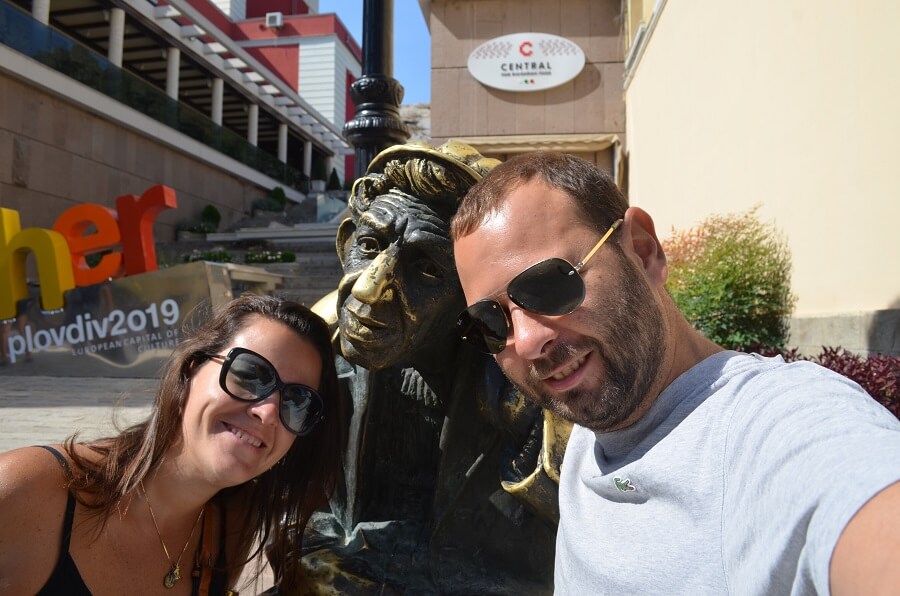 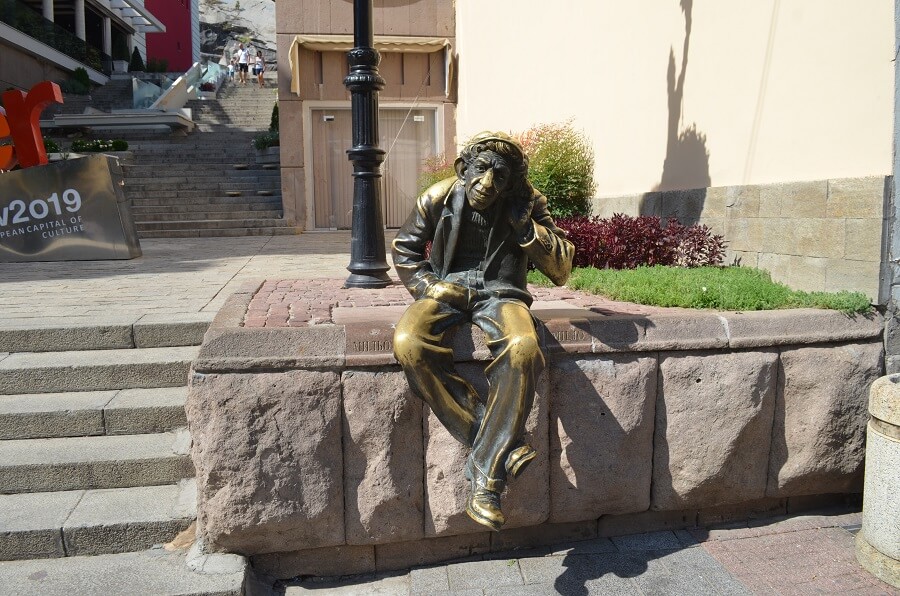 O Odeon de Philippopolis It was home to the ancient “governor” de Plovdiv, It was also used as a stage because of its structure. Buildings Odeon had four periods of construction: from the second century AD, when it was first built, until the fourth century AD, when it abandoned. 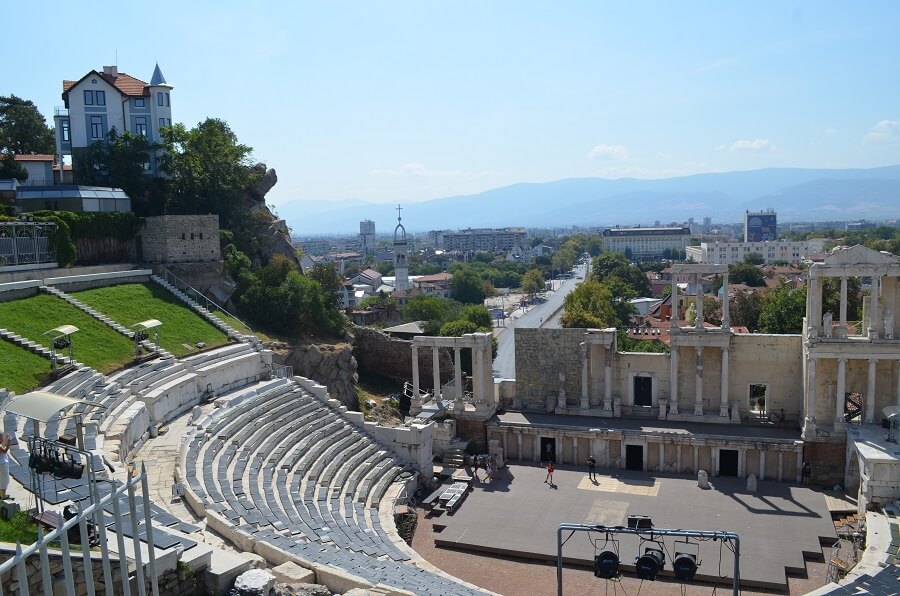 Today they are making a site restoration that was very time abandoned, but still have those beautiful Roman columns.

O Roman forum Philippopolis, Philippópolis is the name of a town in Roman times, the forum has rectangular shape surrounded by the ruins of several old administrative buildings in the city center of Plovdiv. It was the center of public life, Administrative, commercial and religious in the old town. meetings, discussions, celebrations and state events were held there. It was built in the first century A.D. 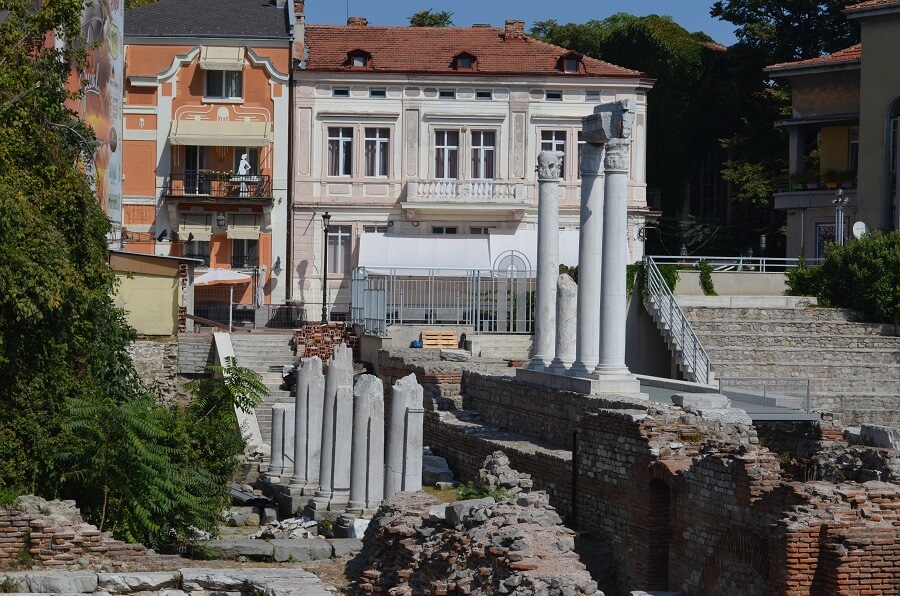 Next to the Roman Forum and the end of Knyaz Alexander Street is the Parque Tsar Simeon, several sources in the park and leaving the greenest city, the park is beautiful, worth take a tour around inside. 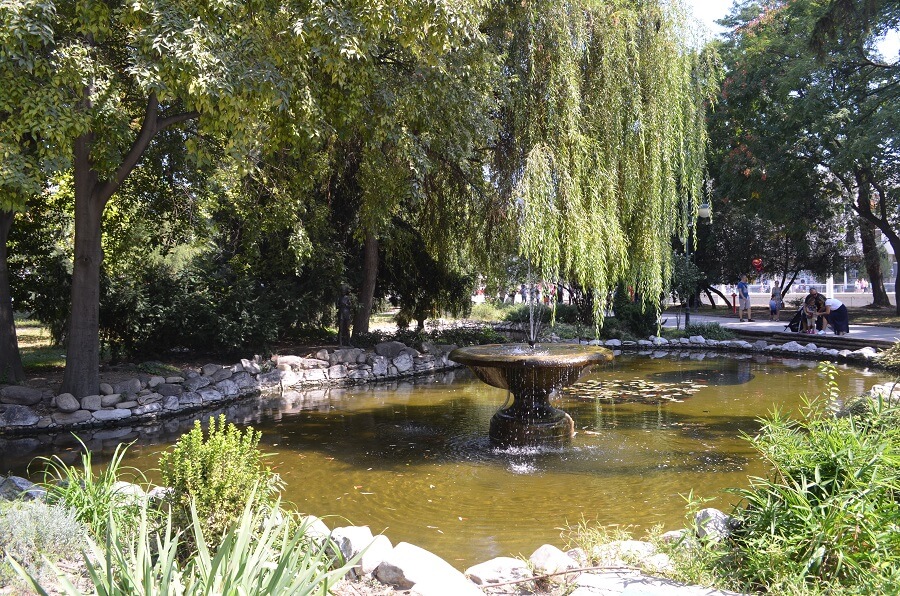 A Casa Balabanov's, It is a house that is typical of old houses Plovdiv, It was built in the early nineteenth century by Hadzhi Panayot Lampsha, Bulgarian citizen, Born in Plovdiv. 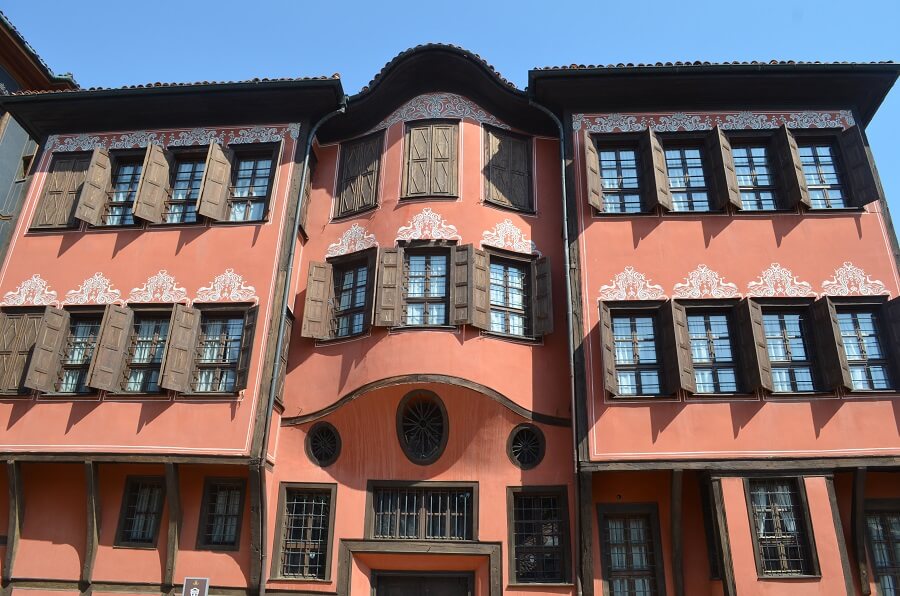 The ancient city of Plovdiv at the center of the modern city and goes to the hill Nebet Tepe, It has many beautiful streets to walk through all of them, It is a colério eye and back in time.

Church of St. Constantine and Helena (Konstantin i Elena)

Beside the Hisar Kapia gate is Church of St. Constantine and Helena, It is considered one of the oldest churches in the city, It is built in 337, It is the place where was the acropolis, in one of the fortified hills. The church was named after the Emperor Constantine, the big, and his mother Elena. 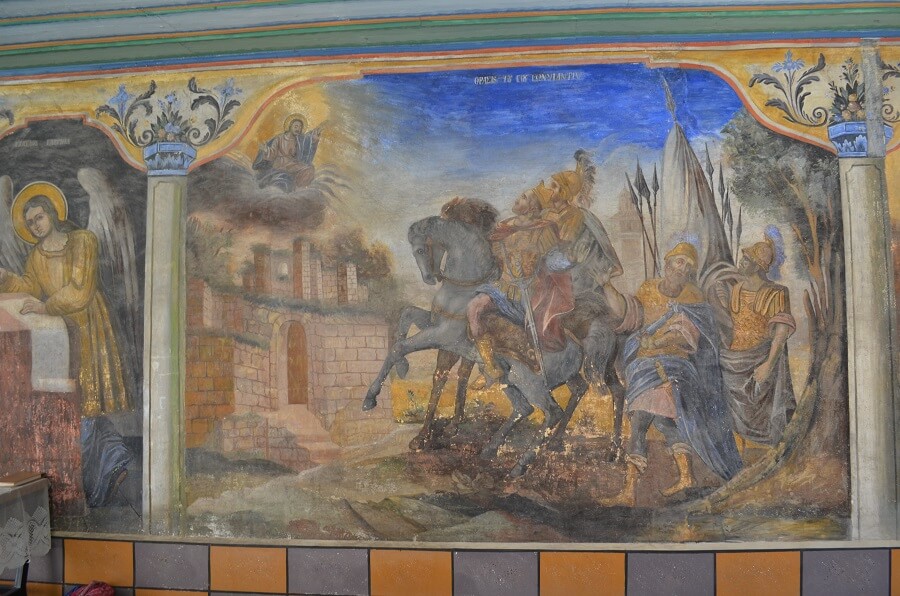 O Gate Hisar Kapia It is a medieval gateway to the old town of Plovdiv and one of the most famous sights of the city, It was built in the century 11 A.D. in Roman times, the Hisar Kapia was one of three entries Acropolis Ancient Plovdiv. 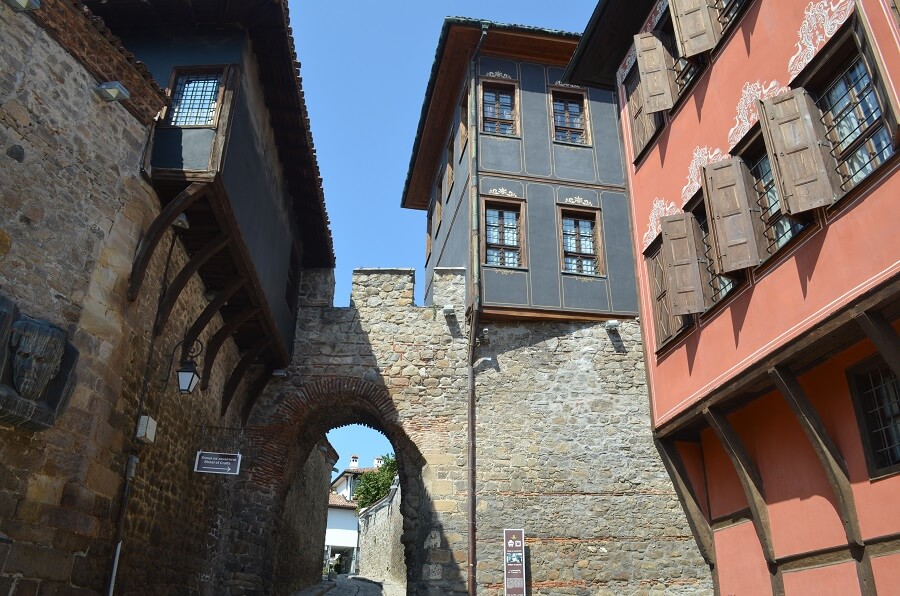 A Ethnograpic Regional House Museum and Plovdiv, is another of the houses of the time of Bulgaria nineteenth century.

A Tepe hill Nebet, where was the acropolis of Plovdiv today only has the Roman ruins this time, the hill has a beautiful view of the city. 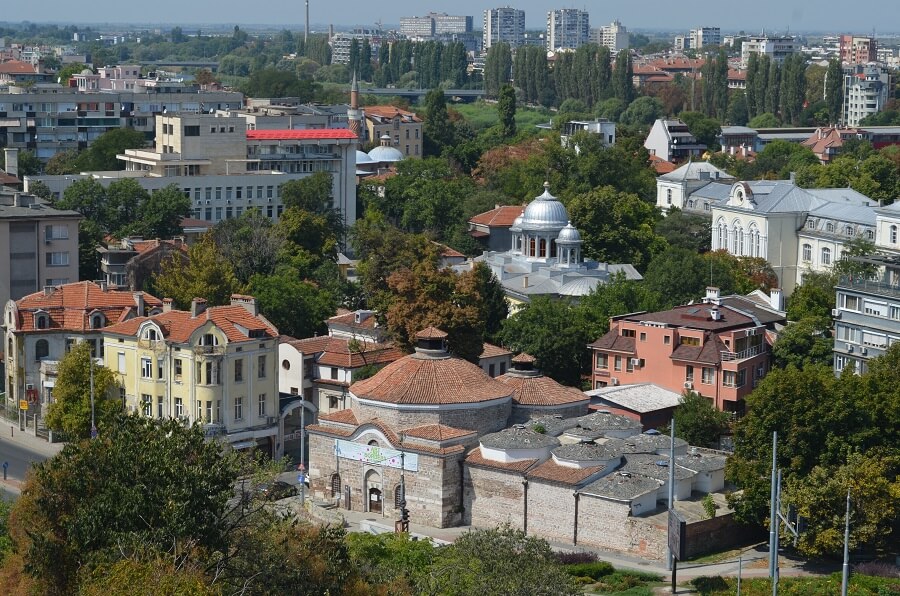 Things to Do in Sunny Beach (Slanchev Bryag), Ibiza Bulgarian

Ride that goes around all over Sal, in Cape Verde, in Africa