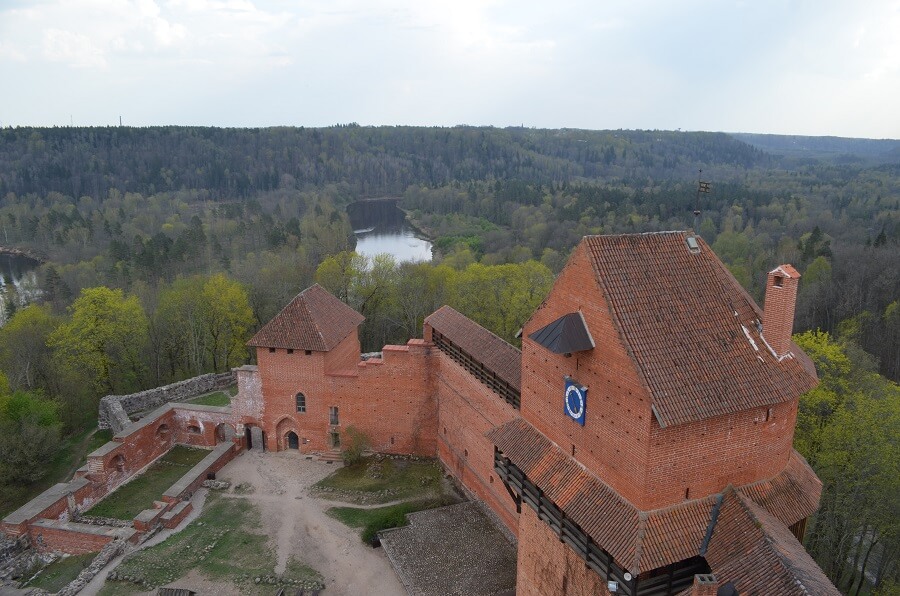 Things to Do in Sigulda, the city is only 53Km from Riga, capital of Latvia, one valley region, parks, caves and the city's main attractions are, Castle Turaida and Sigulda Castle.

Sigulda met on a trip 10 days we did the Baltic countries, We know 5 cities of Lithuania,a capital Vilnius, Trakai, Kaunas, E Siauliai Panevezys, na Latvia Besides Sigulda e Cesis also we went to the capital Riga e, na Estonia we also know the capital Tallinn, and the cities of Tartu e Parnu.

Sigulda is one of the last stops, We started by Vilnius, We went to Tallinn, the city further our script and then we went back to Vilnius again, both on the way in the back as we were stopping and knowing all these cities, all this was possible because we rented a car with rentcars. 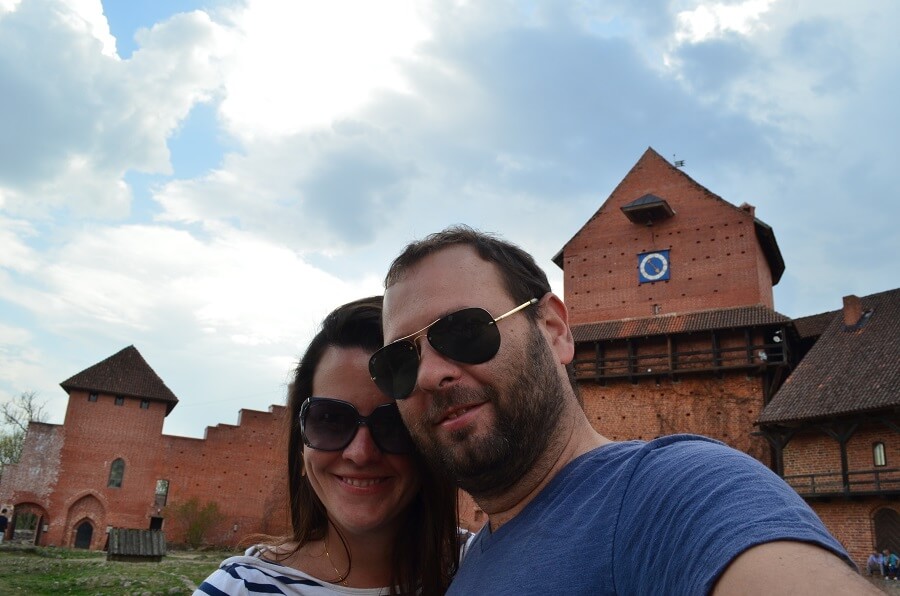 Sigulda stayed at Hotel joy Stop, It is well located and very good hotel with everything you need in a hotel, very clean, modern decor and even has a kitchen, dinner not always out to take a saved.

As we already have in other posts the three countries of the Baltic, They are cheap both hosting, like to eat, and attractions are also cheap, average cost hotels 30 Euro per day for the couple, lunches / dinners were only rarely 20 euros and eat well.

On that day we left early in Tartu, which we had met the previous day, morning know the city of Cēsis standing next to Sigulda and the afternoon we went to visit the city and its two castles.

Things to Do in Sigulda and what are its tourist attractions?

A Caverna Gutmanala between the city and Sigulda Castle Turaida, It has a small stream flowing from it, coming out of a rock, a small underground stream. It is the largest Baltic cave, measuring depth 19m, 12m width and a height of 10m. The water coming out of the cave is safe, supposedly healthy and say increases longevity. 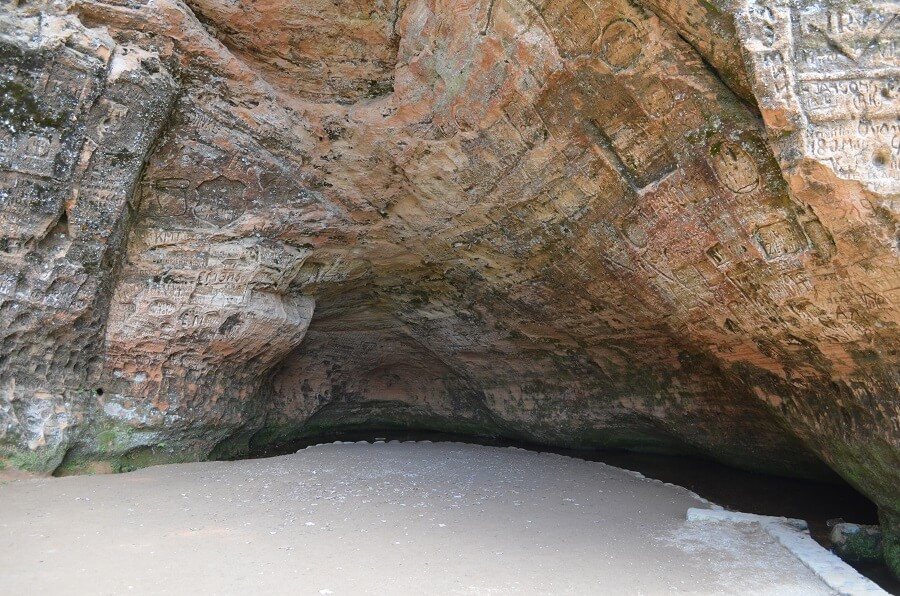 Castle Turaida, It is a newly reconstructed medieval castle in Turaida, city ​​next to Sigulda are a 5Km between them, in Vidzeme region of Latvia, on the waterfront of Sigulda. 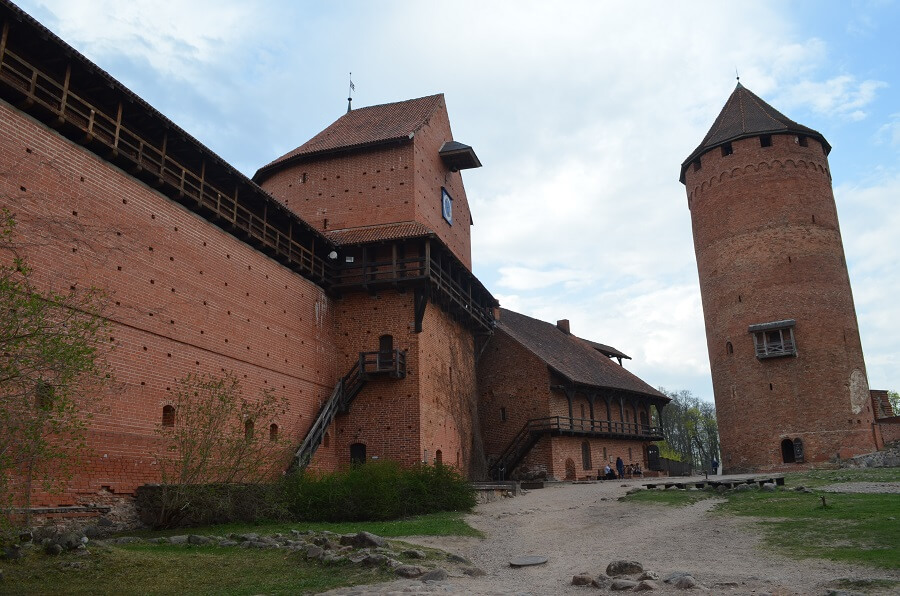 O Castle Turaida, when viewed from the opposite bank of the river Gauja in Sigulda rises above the trees like a mighty ship built of red brick. The front of this imaginary ship as it is known by local residents, It is formed by the castle gate tower northern bow. A main tower, which is the highest, where you can climb and have a panoramic view of the valley and other parts of the castle, the tower is like a mast amidships, and the rear of the ship is the bow of the south with its southern section in tower form. 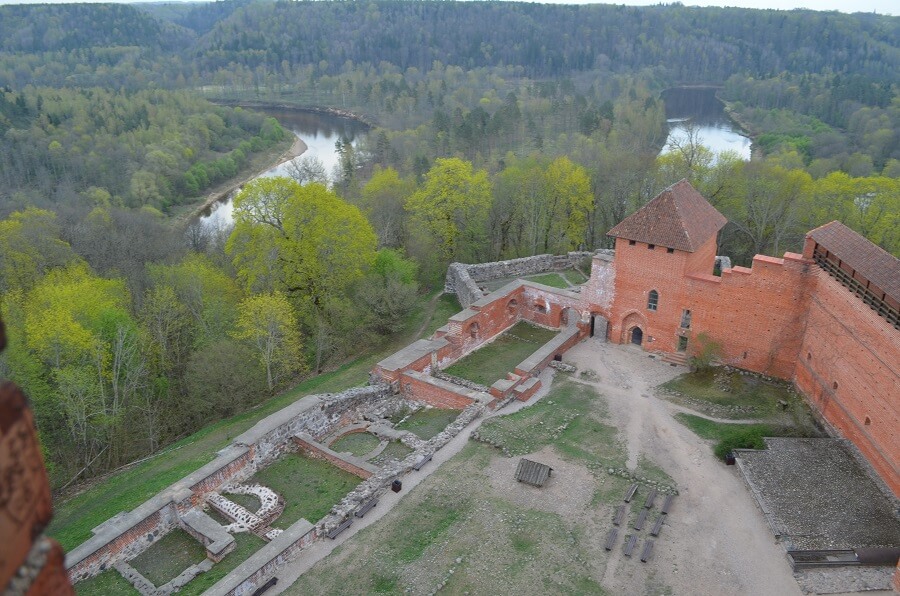 The castle began to be built in 1214, following the guidelines given by Albert, Archbishop of Riga, to his brothers Livonian Sword (soon to be merged with the Teutonic Order) formerly the place where the castle had other wooden castle, a kind of fortress, It was built and called Fredeland, which translates to “Earth Peace”, but it became better known locally by the name of Livonia “Turaida”, who survived to the present day. 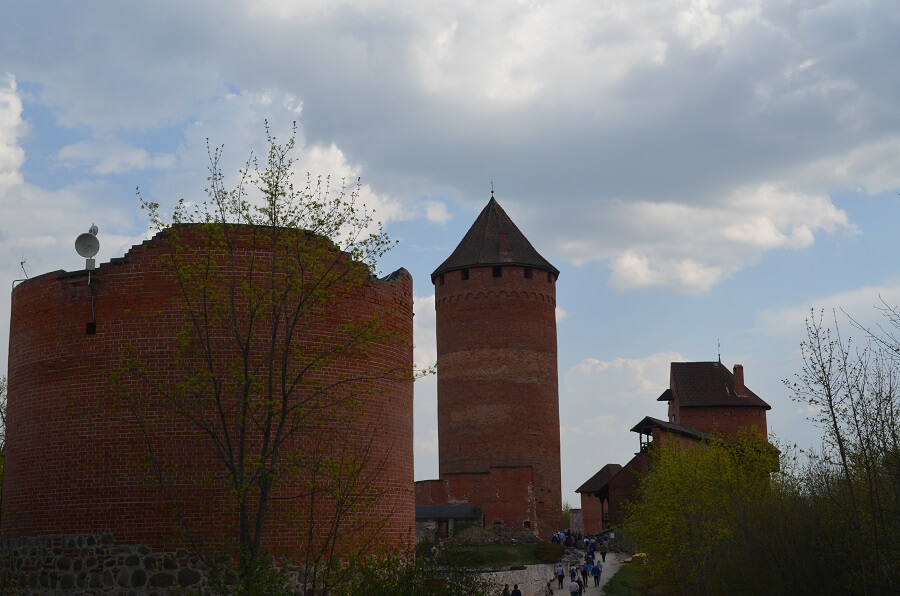 The castle was built largely on the classic red brick building (brick, widely used in some buildings in Brazil) crossword orders Baltic. The defensive system of the castle continued in later centuries and, no século XIV, the southern section in form tower was built; at the beginning of the century 15, when firearms were invented, the semi-rounded western tower was built. residential buildings and residential houses were also erected in the inner courtyard of the castle. The reconstruction work was carried out in the seventeenth century, though the castle has begun to lose its strategic importance. After a fire in 1776, It was abandoned and gradually became ruinous. 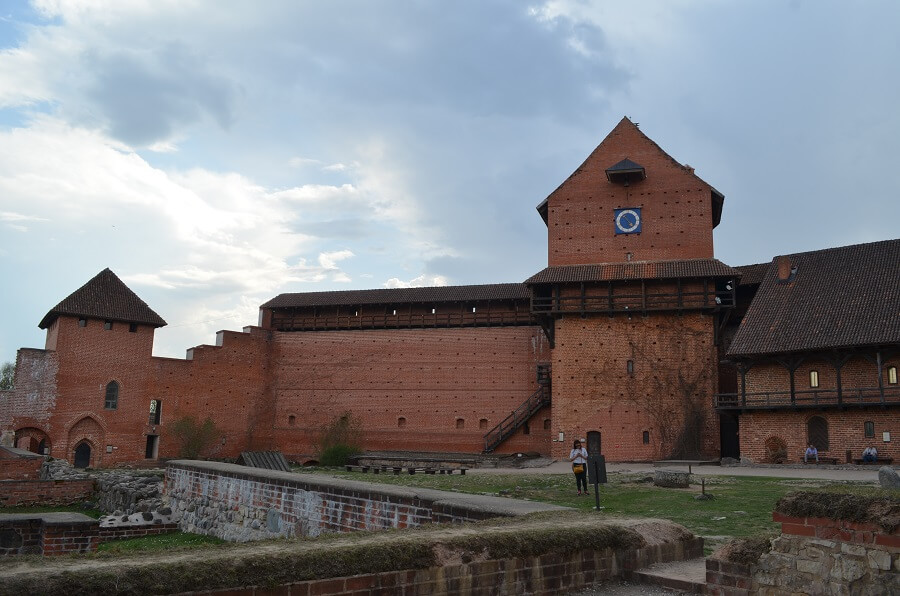 In the early twentieth century, only remaining separated fragments of buildings and some defenders – a main tower, the semi-round tower and the western part. From 1976 Regular archaeological excavations were carried out, which were followed by restoration and conservation works revealing the previous state of the castle.

The Castle is paid to know but it is quite cheap, 3 EUR per person, besides visiting the entire castle can stroll through the garden where it is, also has other attractions such as lakes, old houses, and several sculptures.

Another castle of the area is Castelo de Sigulda, which is in Sigulda, then it is paid, but luckily we could visit the castle for free because it was open for free visitation that day. 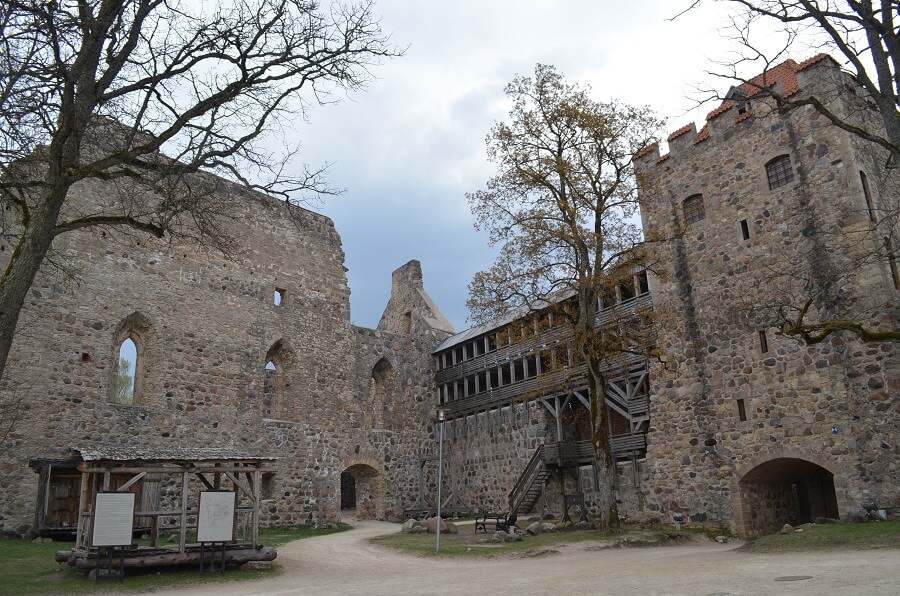 The Sigulda Castle also known as Livonian Order's Castle in Sigulda, It is located on the edge of Gauja valley, in Latvia . The original castle was built in 1207 as a fortress type castellum , later rebuilt in a building of the convent type. It was the residence of the Land Marshal of the Livonian Order from 1432.

Because of its importance as a tourist attraction, the ancient castle walls were fortified many times in the twentieth century. The castle reopened to visitors in its walls 2012 and now encourages everyone to go back in time and enjoy the environment that witnessed many historical events. You can climb the North Tower, the Main Gate Tower and enjoy the medieval aura. 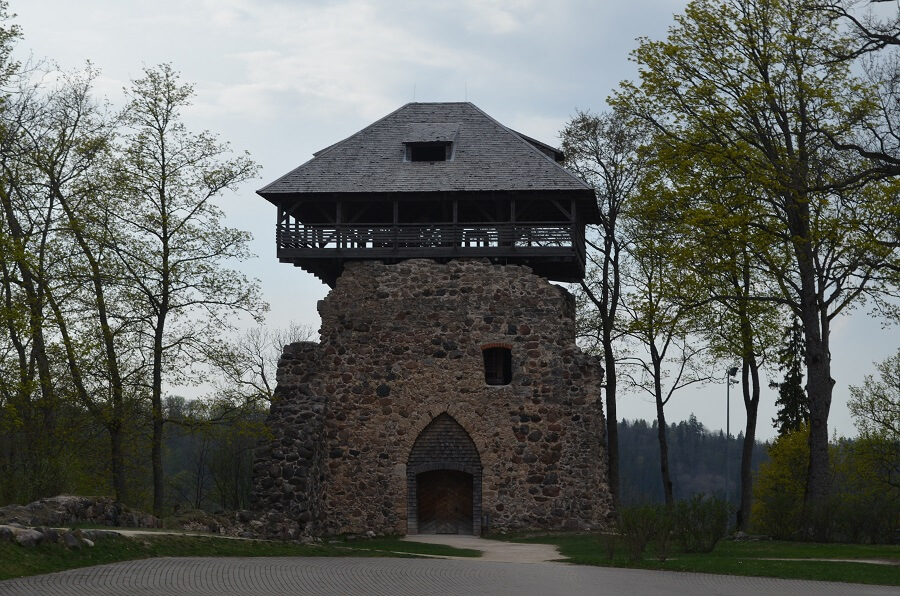 It was also built by the Livonian Brothers of the Sword which were later incorporated into the Teutonic Order Castle, so the castle turned out to be owned by the Livonian Order.

The Sigulda Castle you can see the castle of Turaida, and the valley between the two castles. 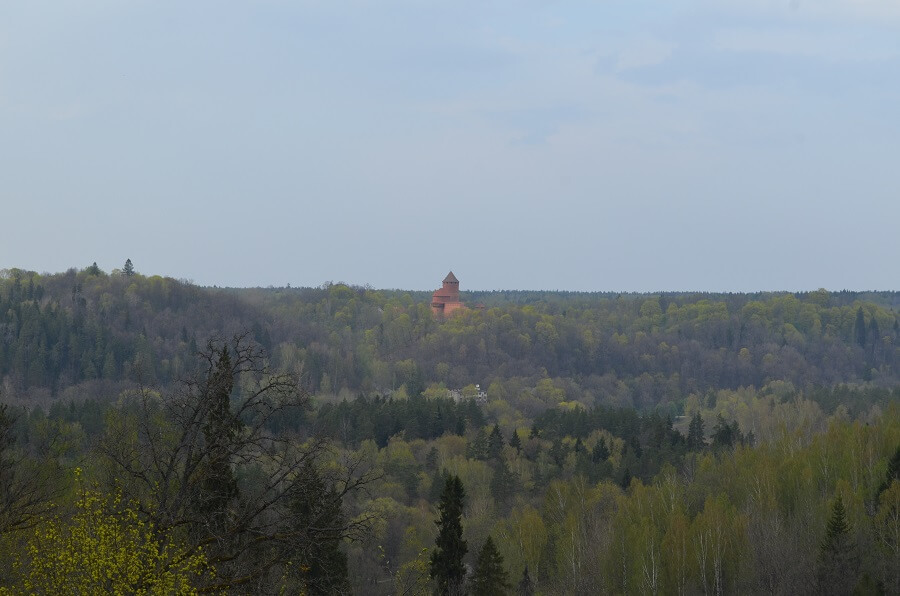 The attraction of the city of Sigulda and the Evangelical Lutheran Church Sigulda, which is in a park in the city center next to a beautiful lake, the church was closed that day we spent. 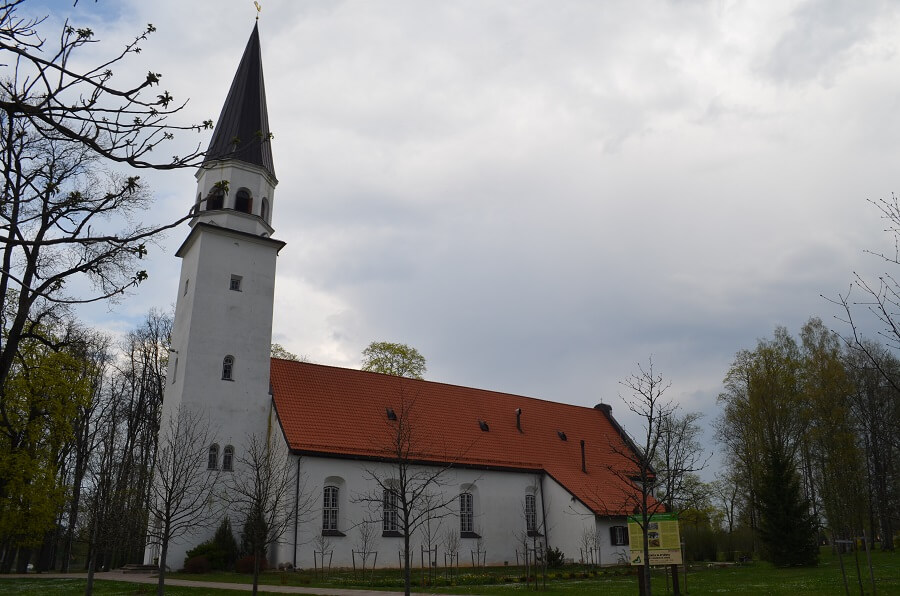 As the city only had these three tourist attractions, on that day we took advantage and went to the hotel early and a little rest, we were in travel 8ºdia. We have seen that in winter also has a ski resort in the city, the pictures we have seen is nothing too big, but you can break a twig.

He feels like traveling after so many tips? The Blog TurMundial gives you even more tips to ease your travels: Want to book a hotel? Book hotels with great prices by Booking. Want to book an apartment, home, boat or even a tree house and still win 100 real in his first stay? Book all these and many other choices of places with great prices by Airbnb. Want to buy advance tickets for various attractions and tours without those huge queues? Buy Ticketbar Want to rent a car? Undoubtedly indicate the Rentcars.com it seeks the best cars and market values. You need to send or receive money to / from abroad, without paying those absurd charges of bank or exchange houses it Wise You want to avoid problems in the middle of his long-awaited trip? Hire a travel insurance with any of these companies Real Travel Insurance, or insurance Promo You want to avoid those sky-high mobile bills at the end of his international trip? And yet able to do, receive calls and use the internet? Buy an international phone chip with any of these companies: OMeuChip OBS: We emphasize that the responsibility for providing the services / sale and delivery of products, suppliers are described above.
CategoryEurope What to do in Latvia?
TagsCastelo de Sigulda Castle Turaida Caverna Gutmanala destination RBBV Evangelical Lutheran Church Sigulda Latvia Things to Do in Sigulda in Latvia Baltic countries Sigulda