Teruel It is the capital of Teruel Province, belonging to the autonomous community of Aragon, know here what to do in Teruel, a city that mixes the modern with the medieval. Mudejar Architecture, whose greatest example is found in the towers and dome of the Cathedral, declared World Heritage Site by UNESCO. 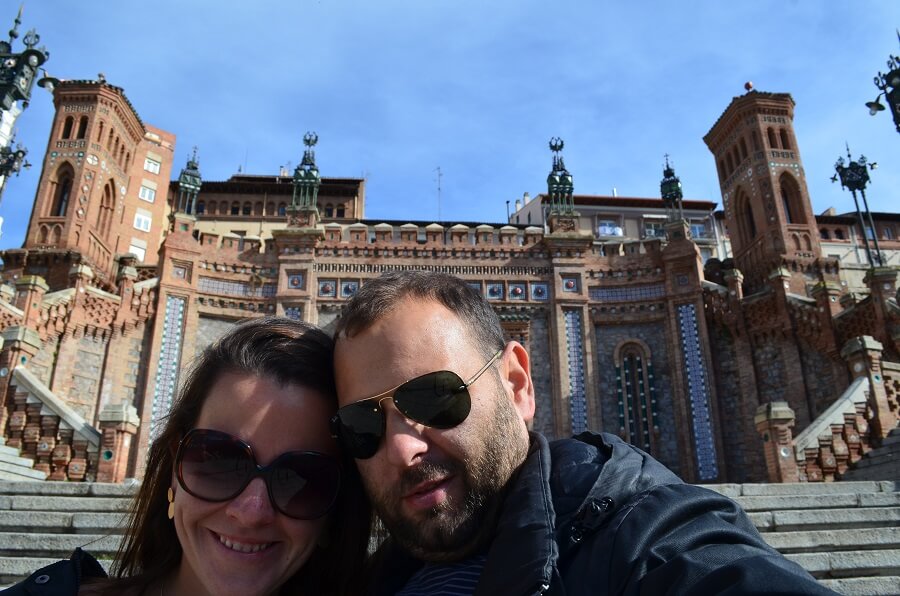 We also found that is the City of Love, where you can visit the Mausoleum of Teruel Lovers (Diego and Isabel, protagonists of the most beautiful and legendary love story), no lover should miss, a well-known story by the Spanish.

We went to Teruel on a script 4 days by the same name province, where we spent several charming medieval towns and, this was our last stop, our roadmap for Teruel began soon with the city's Aqueduct.

We arrived in town early coming from Albarracín, the most beautiful village in Spain, We stop the car in a public parking near the Arches aqueduct, also known as Aqueduct of Teruel, a work of the period of the Roman Empire which still exists today, that carried water to the city center which was also medieval and, today the city still has several buildings from that time. 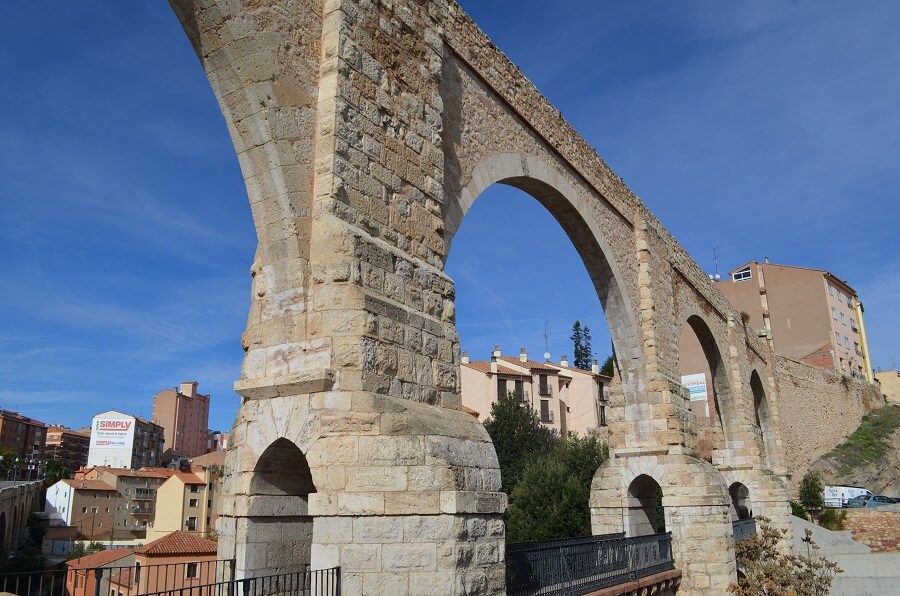 Things to Do in Teruel and what are its tourist attractions?

The first stop ever in the old center was Church of San Miguel, a normal beautiful church, could not enter because it was closed. 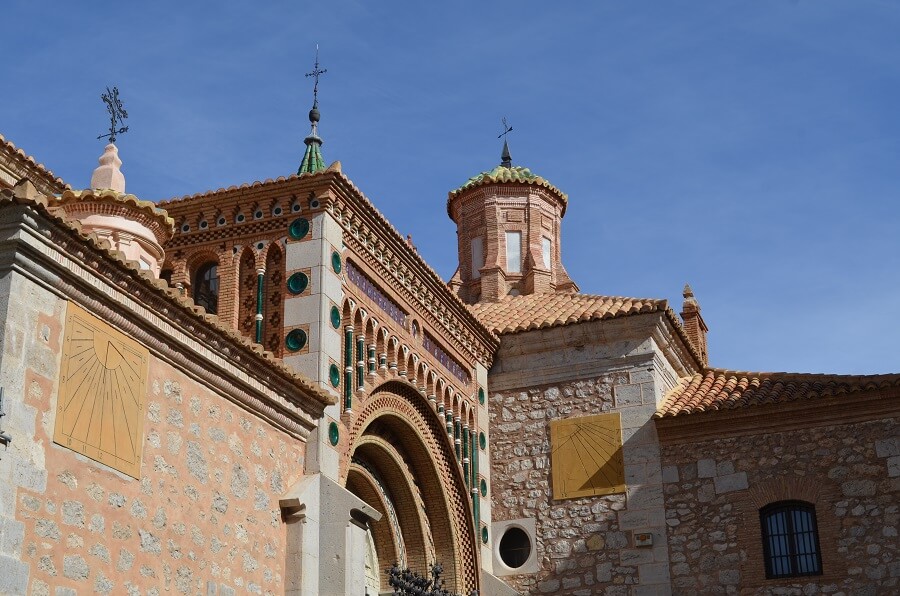 The building Teruel Museum It has a well-Moorish style facade and beautiful, I do not know if it is worth entering, We do not enter because of the little time we had in the city.

Santa Maria de Teruel Cathedral built at the beginning of the twelfth century by the Romans, has a Roman-style air but with Arabic-style features, much like the churches and buildings of Andalusia that has enough Arab influence.

Another beautiful building to see is the Teruel Prefecture

The most central part of the city is Plaza del Torico, where all the bars and restaurants, the square is named as it has a statue of a very small bull in the middle of the square, o Torico, there we stopped for lunch a delicious mushroom soup which is a very typical dish of the region, in the fall it is very common for people to hunt mushrooms in the national parks of the region, one of them even went to the Pinares de Rodeno is in the city of Bezas. 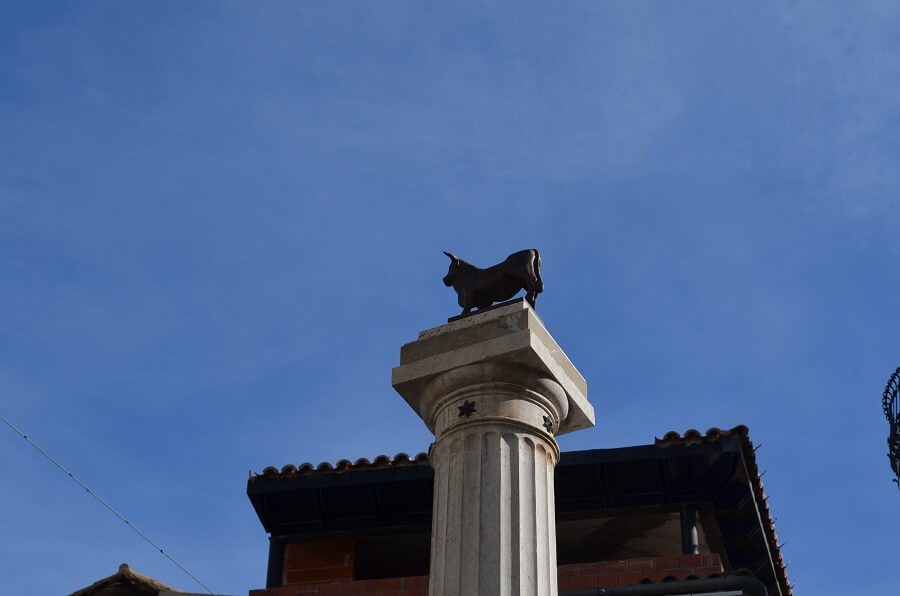 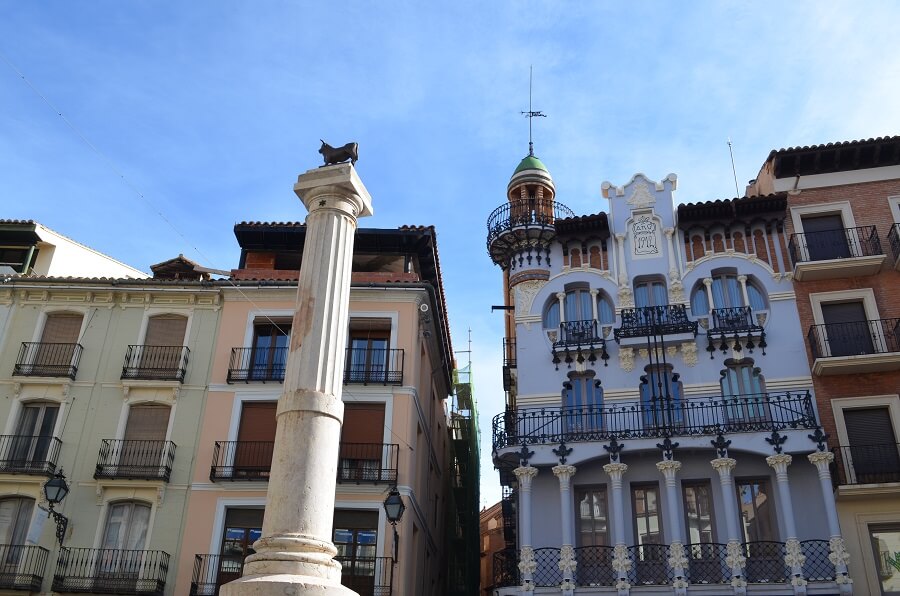 Teruel is a city with some towers, like Torre de El Salvador, which were the ancient old city entrance gates, in some of them you can go up and see the whole city, How is it going, the value is very cheap 3 or 4 euros. 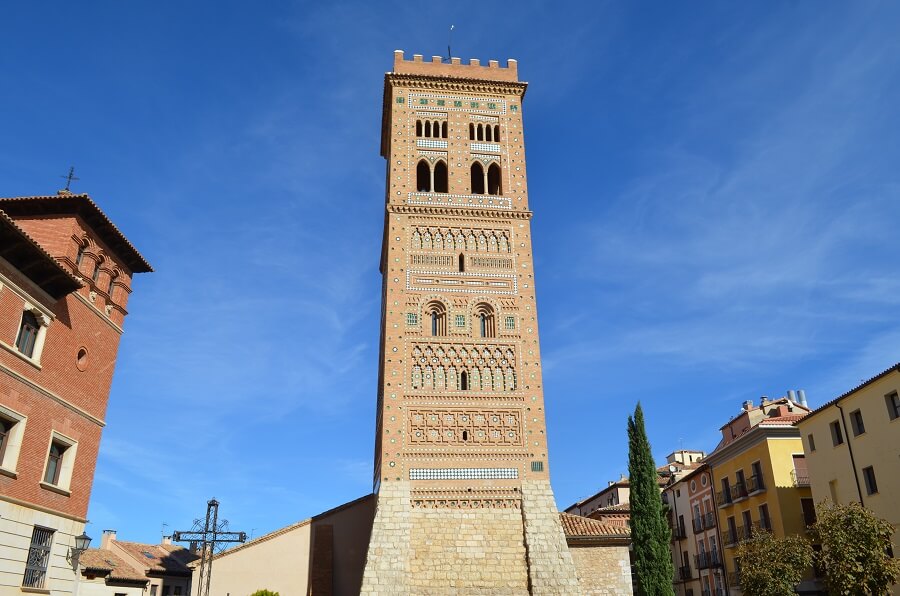 The Steps call Stair Óvalo It is one of the most beautiful sights of the city, somewhat resembles the same building style of the Plaza de España in Seville. The staircase is outside the old town but very close to the tower. 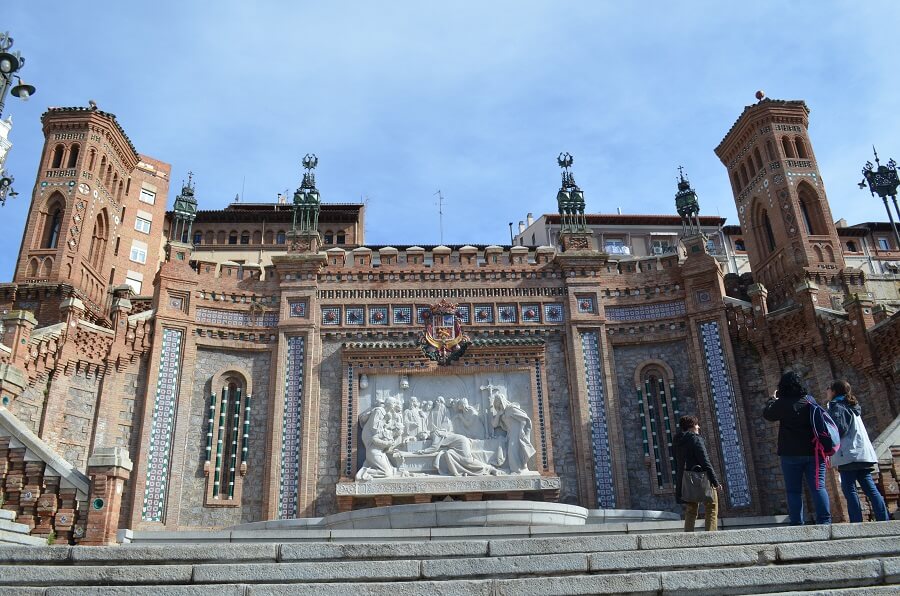 Other churches and parishes to meet in the city are: of the San Andrés, Saint Peter it's the Discalced Carmelite convent of Madres. 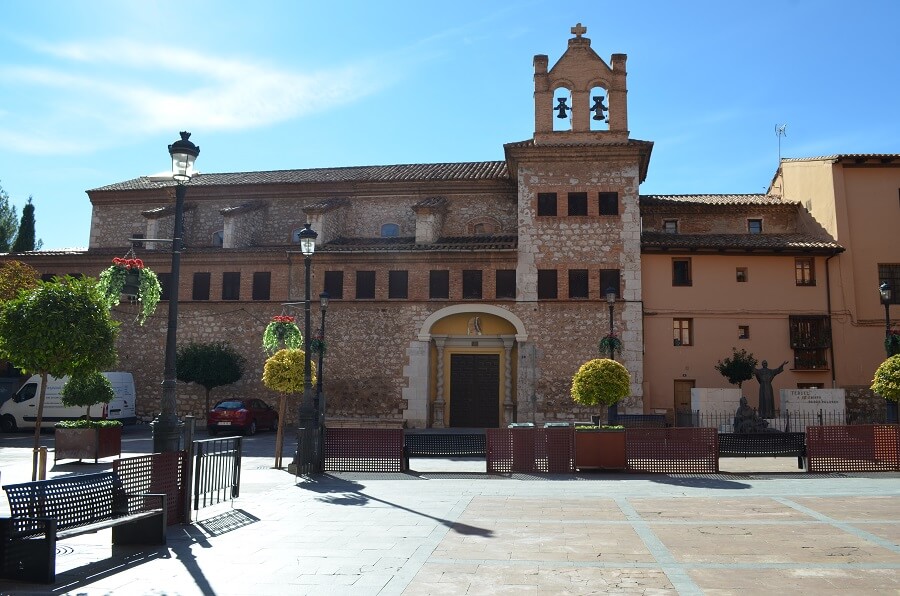 O Teruel Lovers Mausoleum ,I commented at the beginning, It is the most visited attraction in the city because of the love story between Diego and Isabel, protagonists of the legendary love story of Teruel, a poor young man falls in love with a rich young. 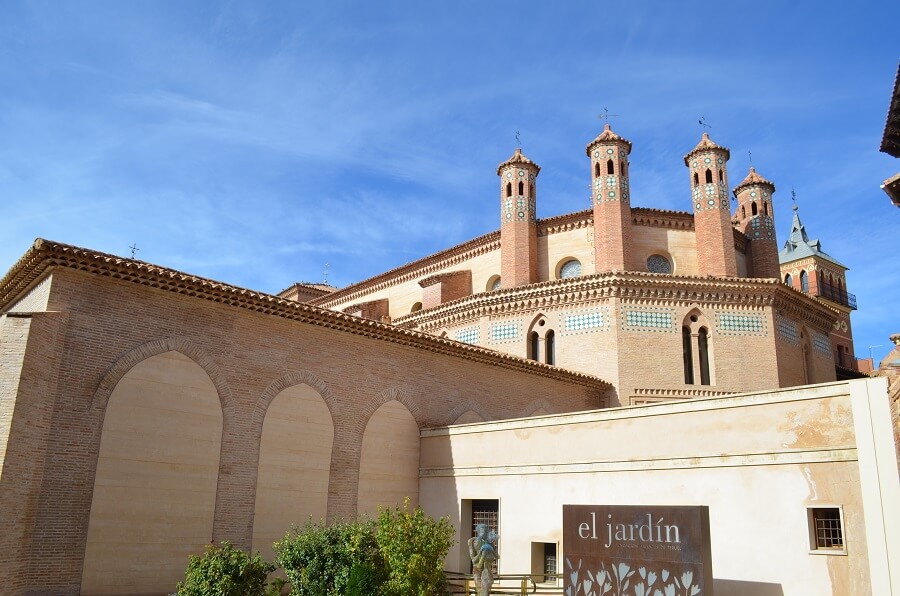 Another tower is the city Torre de San Martín, and beautiful as the other tower, only that this can not visit and climb. 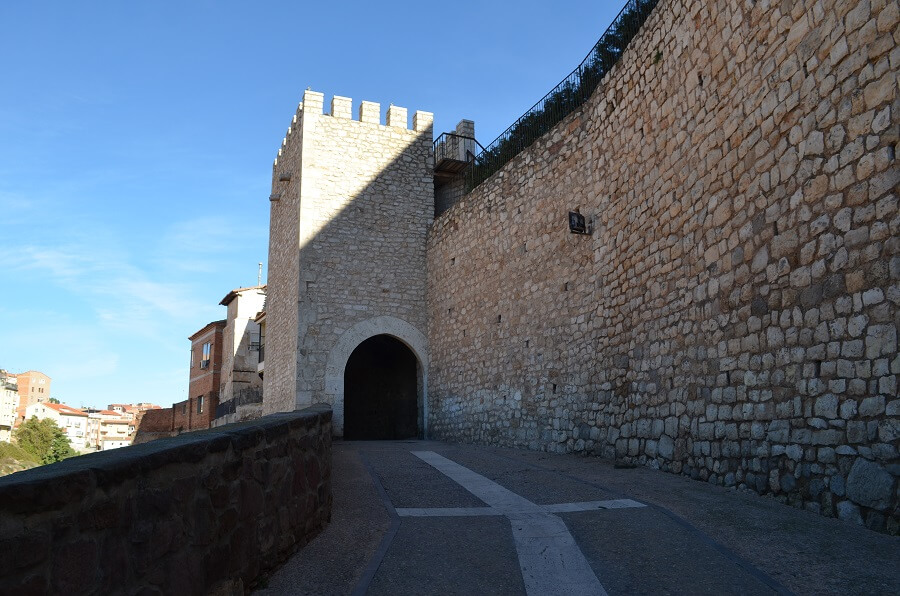 This was our script by the city of Teruel, We stayed there for a day, He gave to know almost all the tourist attractions, if there be sure to also go to Albarracín, considered the most beautiful village or pueblo Spain.

CategoryEurope What to do in Spain
TagsAragon Santa Maria de Teruel Cathedral destination RBBV Stair Óvalo Europe Church of San Miguel Teruel Lovers Mausoleum Things to Do in Teruel What to do in Spain? Plaza del Torico Teruel Province what are its tourist attractions Script one day a Teruel Teruel Torre de El Salvador