What to do in a day in Helsinki?

Helsinki (Helsinki) the capital of Finland, is the Finnish gulf shores, one of the countries in northern Europe. What to do in a day in Helsinki?

For some time we were planning a trip to Helsinki, We were planning to include in the script that we do for the Baltics (Lithuania, Latvia e Estonia) we will at Easter, but came another trip idea, and do Helsinki along with a part of Finnish Lapland (Ivalo), since we were behind see the Aurora Borealis, then we saw they had cheap flights from Barcelona to Helsinki and Helsinki to Ivalo, which we were then closed and the passages be solved 1 day in Helsinki, 3 days in Ivalo.

Here comes the question, one day is enough to know the city? Of course we wanted to stay longer, but did not give the logistics of flights, but even with only one day has to know well the capital of Finland, we love enough, arriving aircraft is already an impressive sight as, the country during winter is all covered in snow and ice, even commented that looks like a huge ski station, it is a landscape as the seasons, we love. 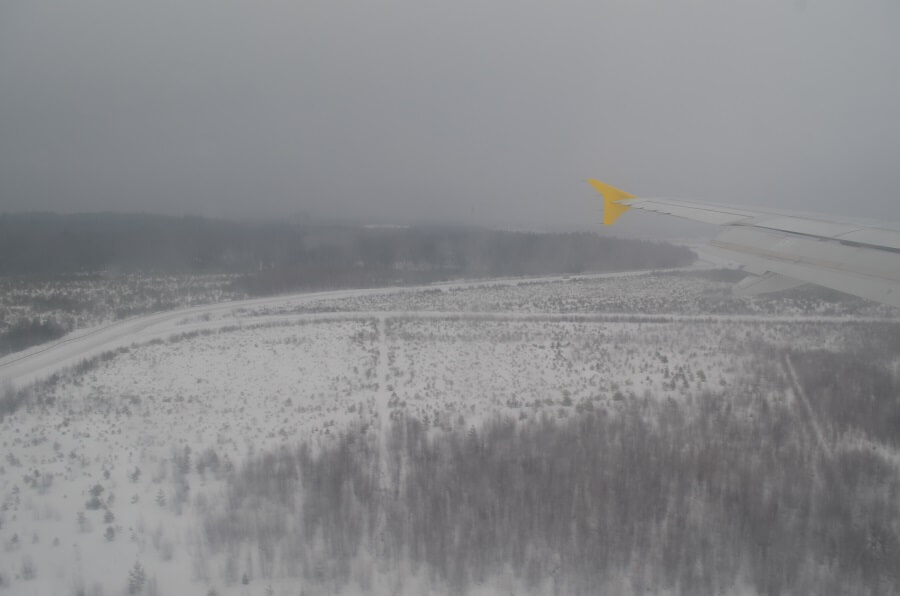 Arriving at the airport which is out of town, took a train that costs 5 euros per person and takes you to the central station of Helsinki, the ticket still stands on 1 hour and 15 minutes, so if your hotel is not very close to the station, as well as our, you can take a Tram (or tram) the ticket includes both transport, Our hotel was a 25 minutes from the central station , but as we had a tight day and not to waste time went by Tram.

we stayed at Hellsten Helsinki Senate Apartments, excellent hotel, well located, We rented the room with the kitchen to take a trip saved in, our bedroom, also had a sauna, I had never seen a hotel with sauna in the room, Pri Gosta but not the sauna, but as it was free in the room, We took advantage and made a sauna lol. Speaking in sauna, Finns love to sauna, almost all hotels we saw had sauna, I think it's because of the extreme cold that makes the country, reaching -38 degrees, we took -17 degrees luckily, because 2 days before we arrived was -38 degrees, but this cold is more to the north of the country, in the Lapland region, Helsinki took -5 degrees. 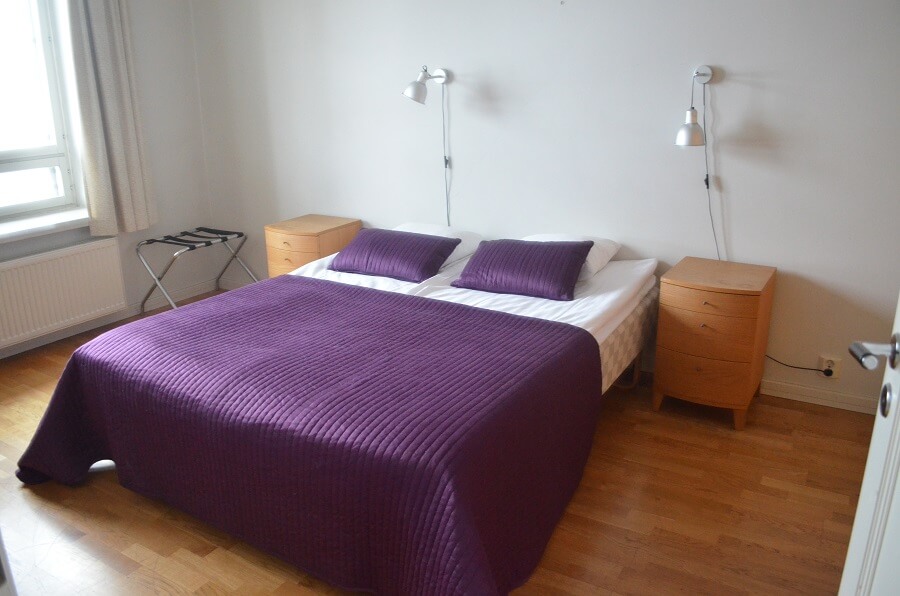 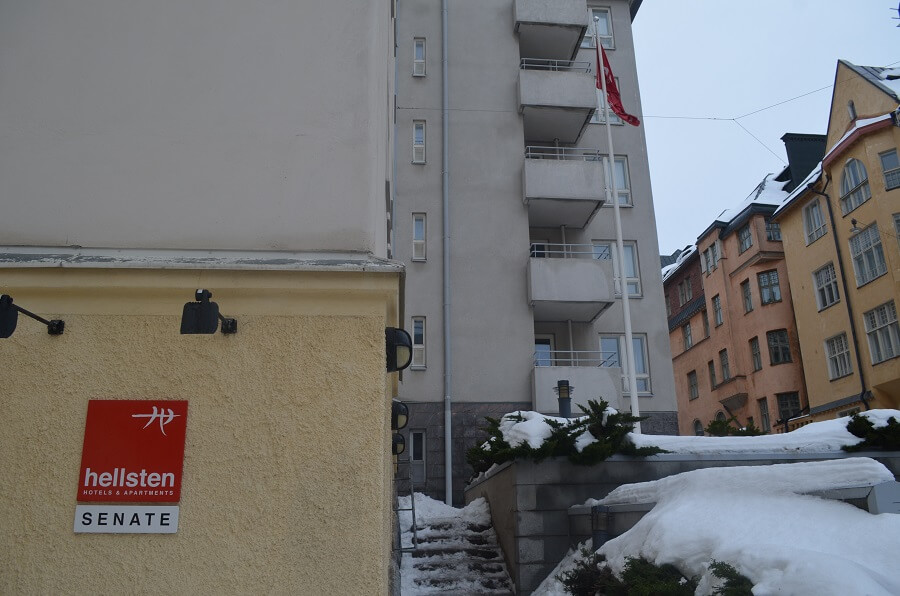 as we speak, the city was completely covered by snow, the port of Helsinki is frozen and the boats have to break the ice to pass, but for us tourists, all this is beautiful.

What to do in a day in Helsinki and what are the tourist attractions?

After arriving at the hotel and leave the bags, already started our screenplay by Helsinki and the first stop was Catedral de Uspenski, It was right next to the hotel, this cathedral is very similar to the Russian cathedrals, especially St. Basil's Cathedral in Moscow, the cathedral was open and visited inside is as beautiful as the outside. 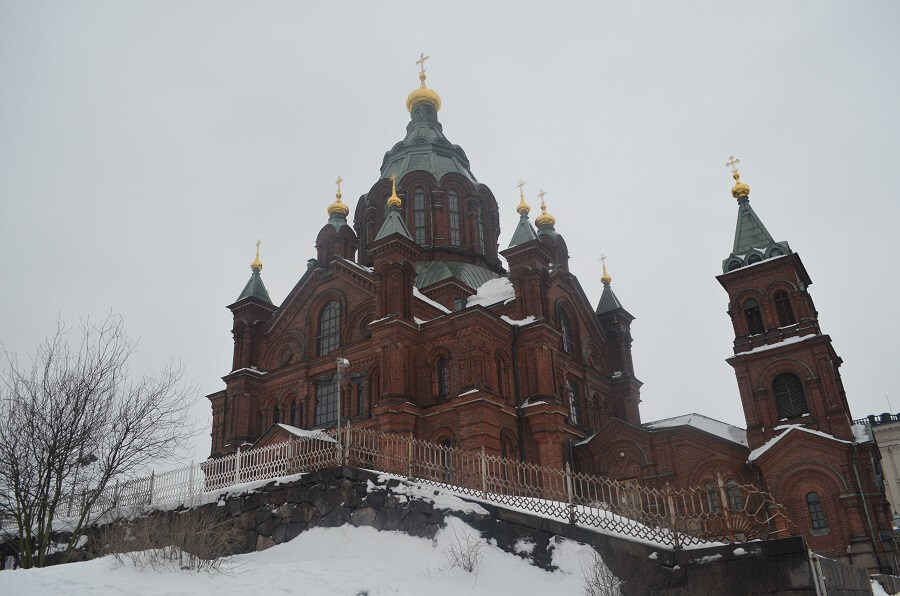 Right there cathedral side has a Giant wheel SkyWheel Helsinki Helsinki, which is in the port city and has a very nice view of the bay, we just went there, but we do not go up, It is cool. 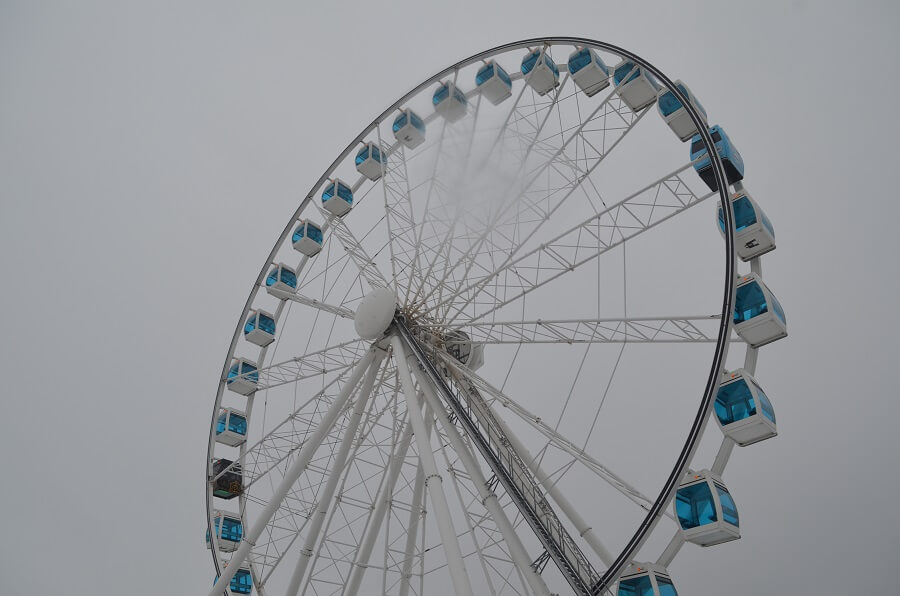 An attraction of Helsinki who only found out what was on, a The pool Sea Pool, is an open swimming pool with hot water, Also on the harbor front, the style of Blue Lagoon Iceland, as we had gone in the Iceland which is much more beautiful, we put aside this attraction and continue the tour, but it would not give time to get to know other parts of the city, but for those who have more time, may be interesting. 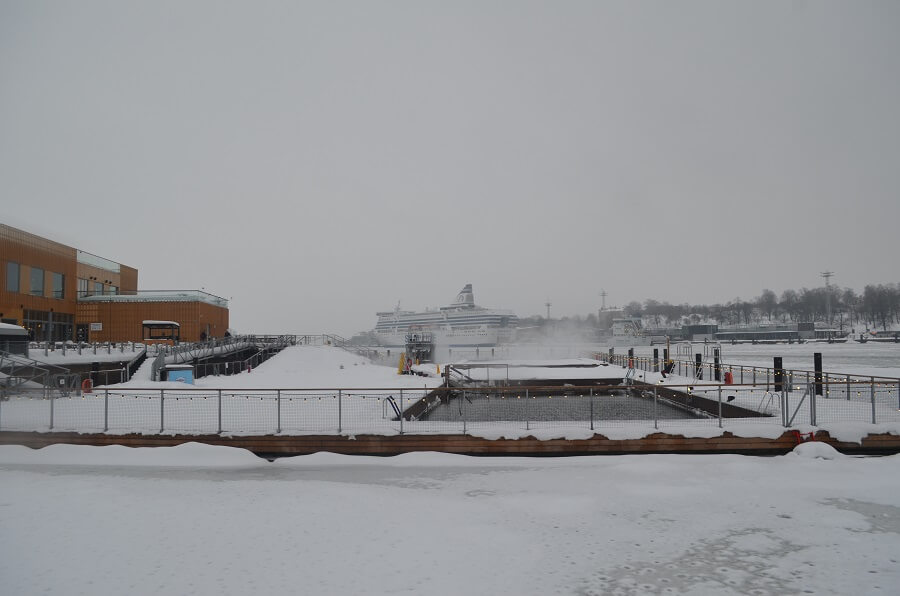 O Pier and harbor of Helsinki, this winter season is very beautiful all white and frozen, is such a different view that we love to know and spend some time enjoying the visual. 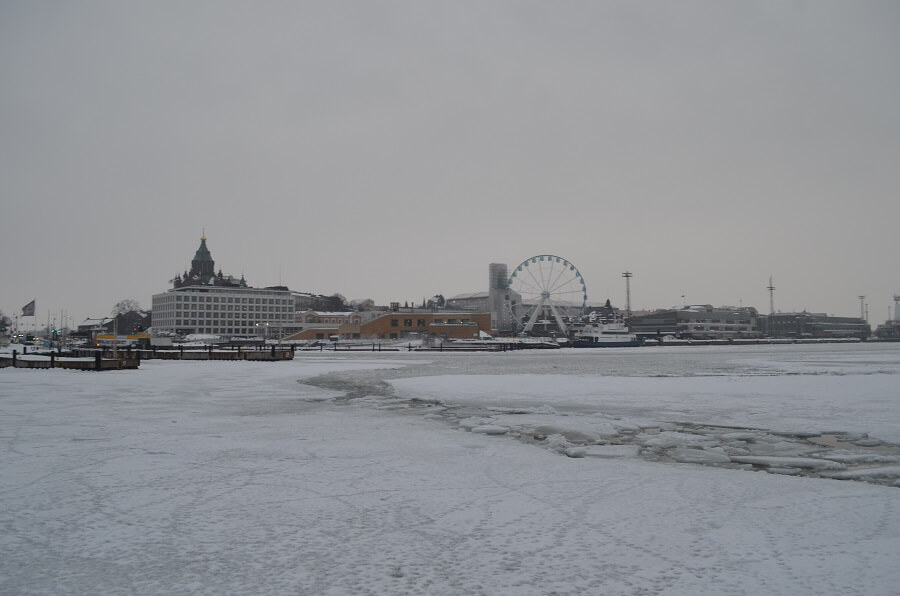 Also in the harbor area we saw the home of the President of Finland which is also a museum and you can visit.

It was lunch time and a great place to eat a typical Finnish food is in Old market (Old Market Hall) out is very cute the market, and inside has several kiosks with local food, one of the main courses of the country is the salmon and reindeer meat, in the market you can eat various types of salmon preparations, we eat around there and it was not too expensive. 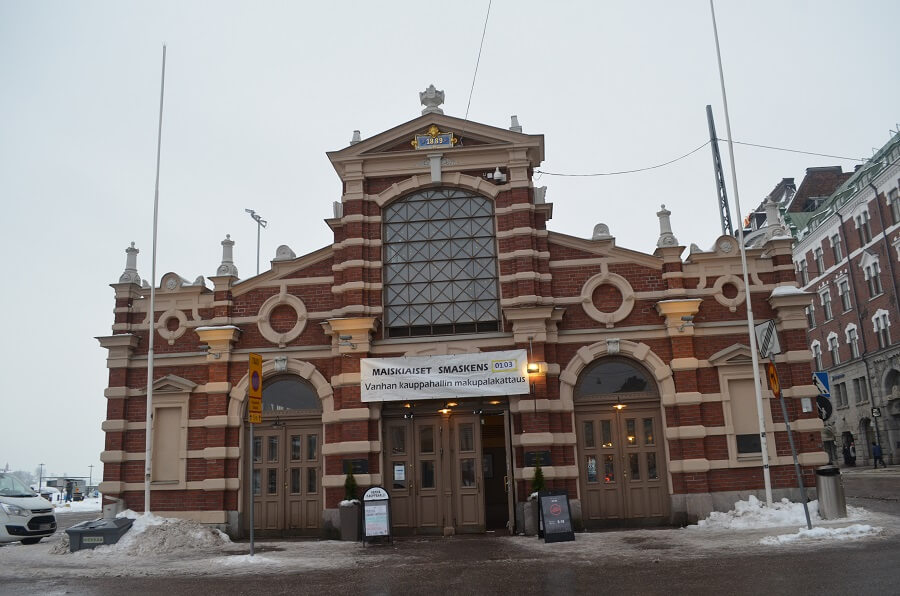 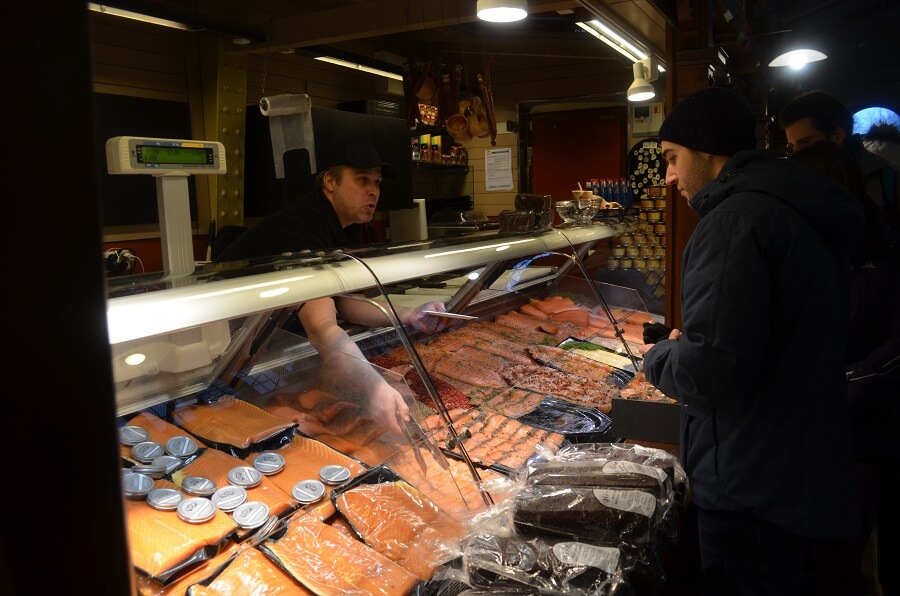 Na Senate Square it is Helsinki Cathedral, which is one of the city's postcards, the cathedral was closed for renovation and we could not enter, It was open only to part of the crypt that has nothing very pretty, but the cathedral is very beautiful out, so we go through it day and night which is all lit up. 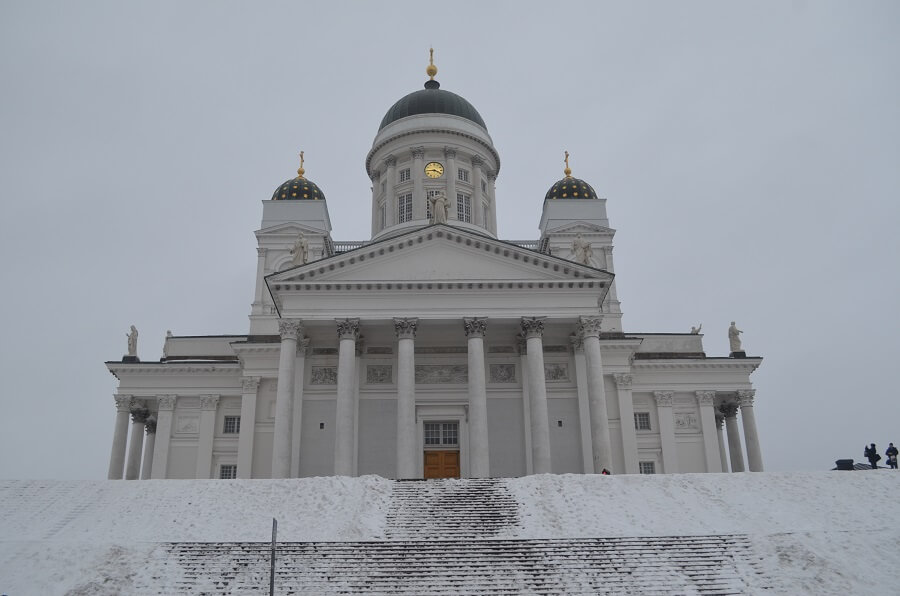 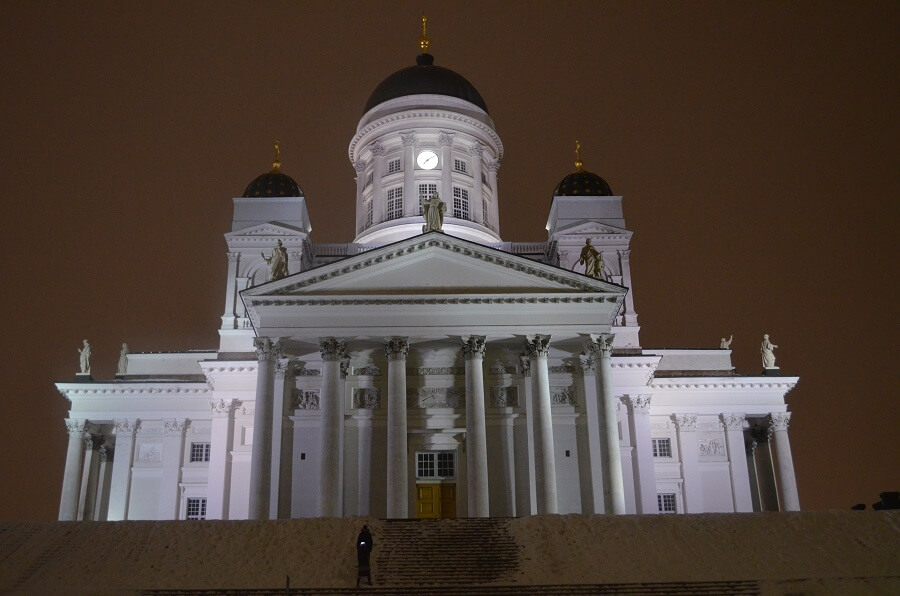 Near the cathedral is another of the beautiful buildings: Oh yes Casa dos States (House of the Estates) and the Igreja Holy Trinity Church which already has a church style of Western Europe, Cathedral of Helsinki has a more Russian style. 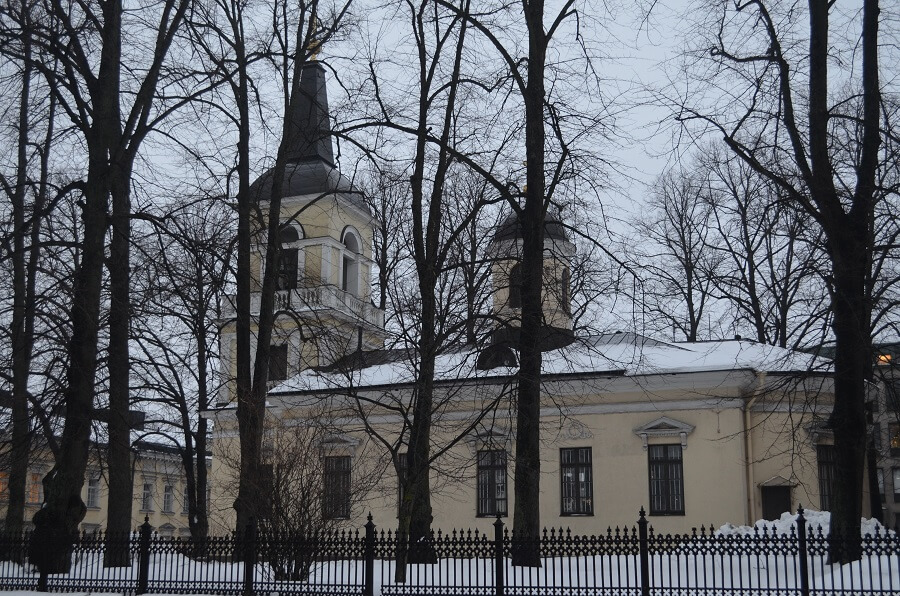 The cathedral is near the central station which has beautiful architectural style, recalls another Russian style building in the capital of Poland in Warsaw, and is also the National theater that in front of them during the winter has a skating rink outdoors. 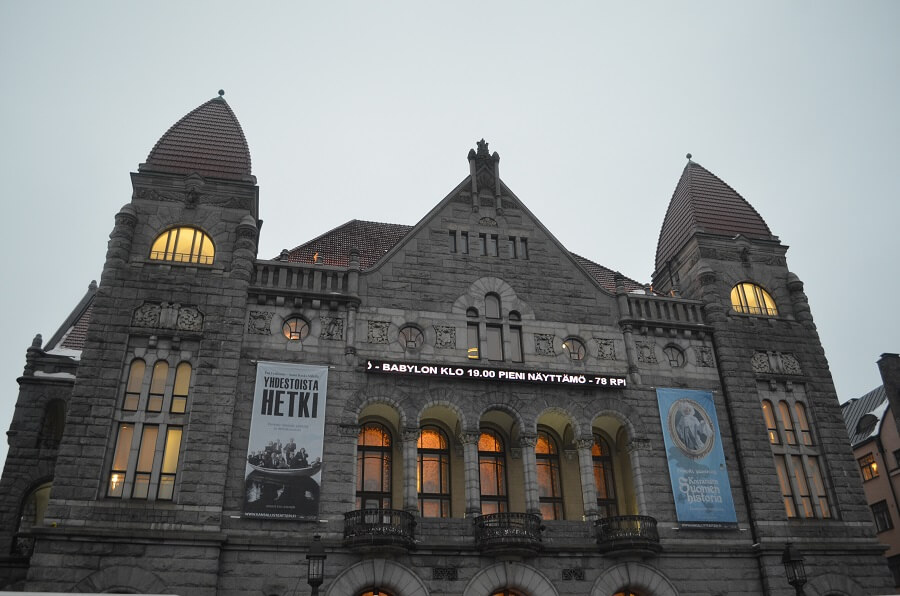 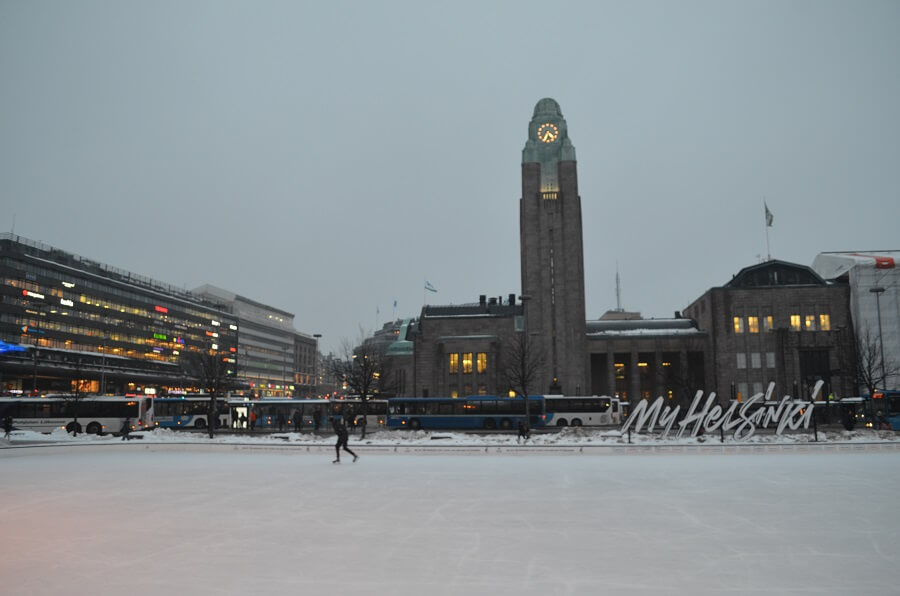 Finally toured the Esplanadi park, which has several fountains and sculptures and on Christmas time is all lit up with Christmas lights, there is a restaurant and bar very nice, O Chapel, and at the end of the sculpture park has Havis Amanda, a seal. 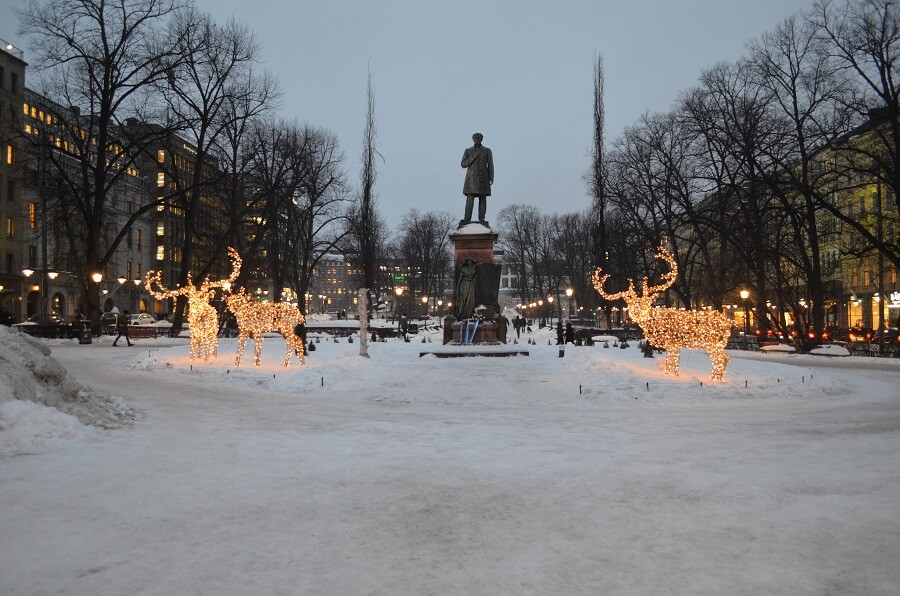 The sun in the winter of Finland puts up early, when we went it was setting 17h and it was time to rest your legs and enjoy a beer on the boat the bar MS Marival II, It is also in the port of Hensilque and has a very nice view of the harbor, besides having a beer at a cheap price for the country it is expensive to drink alcohol, I turn to 6,50 euros a pint of beer (500ml) 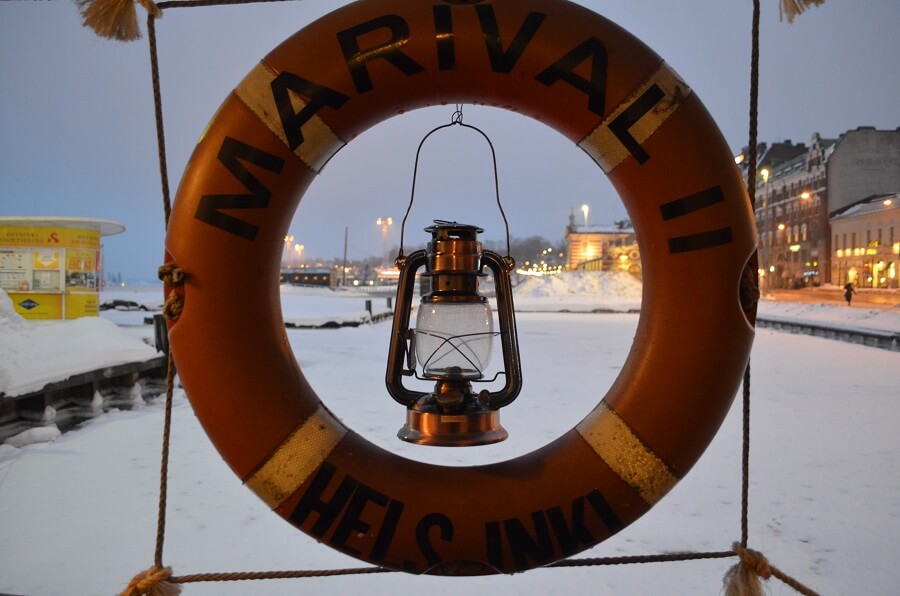 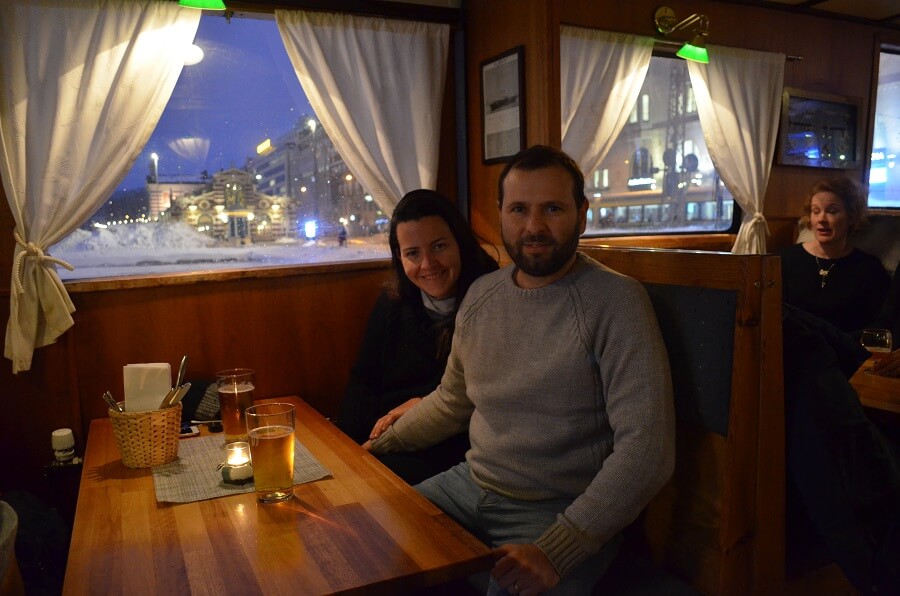 As we said at the beginning of the post, We reserve a hotel with a kitchen to spend less on food, then we went to the supermarket K-market Erottaja, buy beer and food, and we have been back at night for dinner and enjoy our hotel room with sauna.

As they recently and some tourist attractions of Helsinki became more distant from the city center, failed to see the National Museum of Finland (The National Museum of Finland), Tealdi Kampi (Kamppi Chapel) a chapel built all in wood, churches and Temppeliaukio Church St. John’s Church, besides the beach Hietaranta in the winter is covered with snow and should be quite different this visual.

The next day wake up in the morning and went to Ivalo in Finnish Lapland, soon publish on Ivalo.

How to buy tickets to the Park Guell?