What to do in Veliko Tarnovo in Bulgaria? The town of Veliko Tarnovo is one of the most important cities in northern Bulgaria, one of the oldest in the country and has even been the capital of old. It is located on the banks of the river Yantra, about 190 km from Sofia, and has a population of approximately 70.000 population. 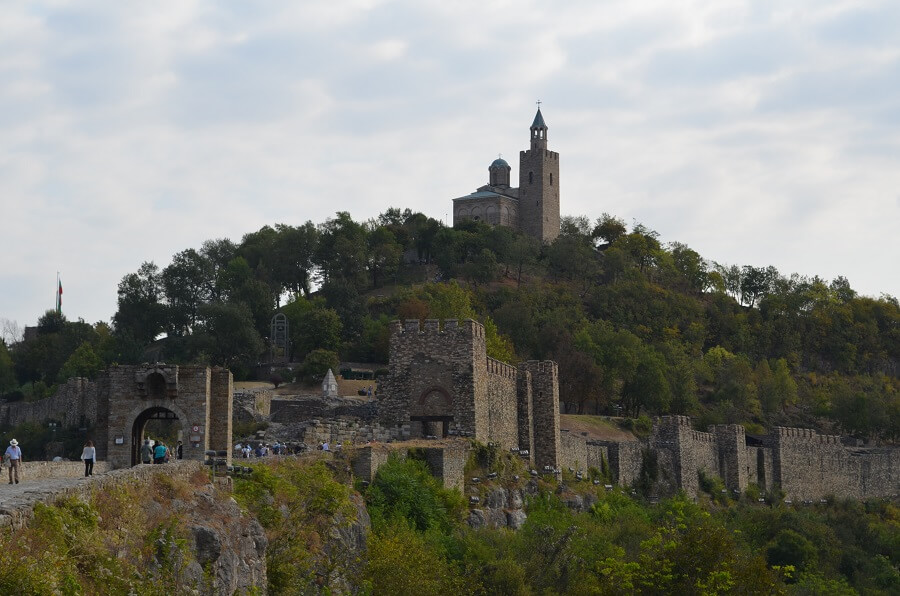 Veliko Tarnovo, We visited the city on a journey that made by Bulgaria and Romania by car, we rented with rentcars we stopped in this town for lunch because we had slept the previous night Bucharest, in Romania and we were heading towards Sofia, capital of Bulgaria, where we took the rental car and refund, and then we take the flight back to Barcelona, where we live, was our last day trip, we 10 days between the two countries. 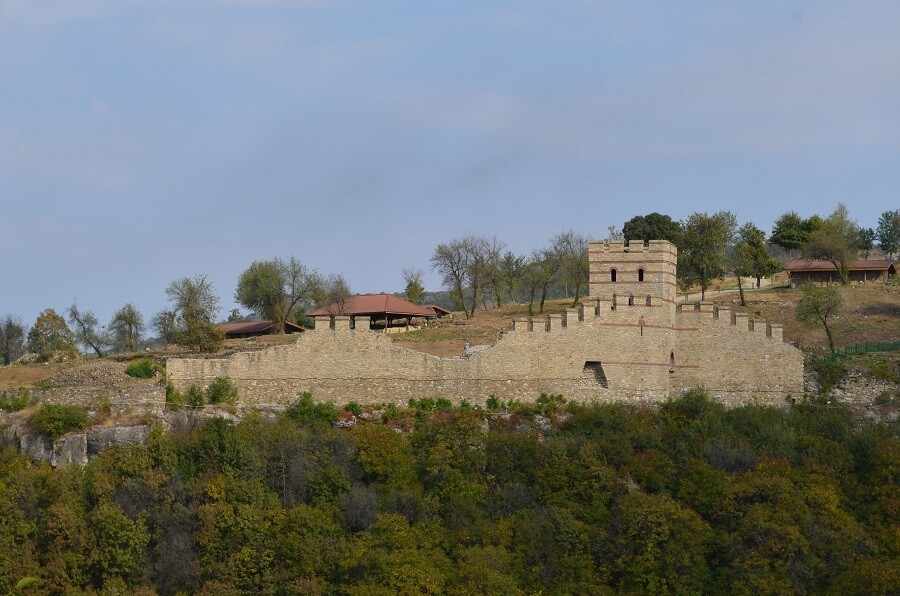 Veliko Tarnovo, as I said we stopped for lunch, know the old town and city fortress called fortress Tsarevets, the city is exciting and if we knew that we would have stayed longer, to sleep there to have a longer time to get to know the city, so is the case tip you go there, stay a whole day and sleep in the city because, has a festival of lights projected on the ancient city walls that must be beautiful and we have not seen, only knew that the city's information point. Here's where to sleep options em Veliko Tarnovo.

The city has more than 5.000 years and during the Second Bulgarian Kingdom, between the twelfth and fourteenth, It was the capital of Bulgaria. At that time Veliko Tarnovo, It was the political center, economic and cultural development. 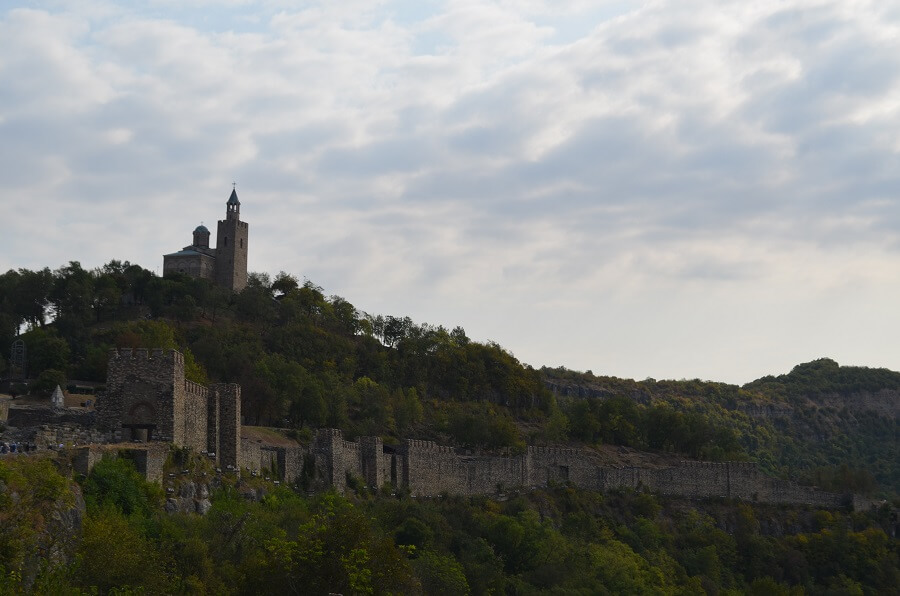 In 1879, after the liberation of Ottoman rule Bulgaria, Veliko Tarnovo was again, temporarily, the capital, until it was chosen Sofia. That same year, the First Constituent Assembly adopted the so-called Constitution of Tarnovo, the first Constitution of Bulgaria, which established a hereditary kingdom.

Veliko is “great” in Bulgarian, with which the city's name means “Grande Tarnovo”. The adjective “Many” It was given in his time in honor of his country's capital status.

“Tarnovo” you will see written in Latin alphabet as Tarnovo, Tirnovo and even Turnovo. This is because the Bulgarian vowel ъ has no equivalent in the Latin alphabet, why some people transcribe as A, I or U.

What to do in Veliko Tarnovo in Bulgaria?

We arrived in Veliko Tarnovo, mid-morning on a Sunday, near the Fortress has a car, but we left the car near the Cathedral, as it was Sunday did not have to pay to stop on the street. 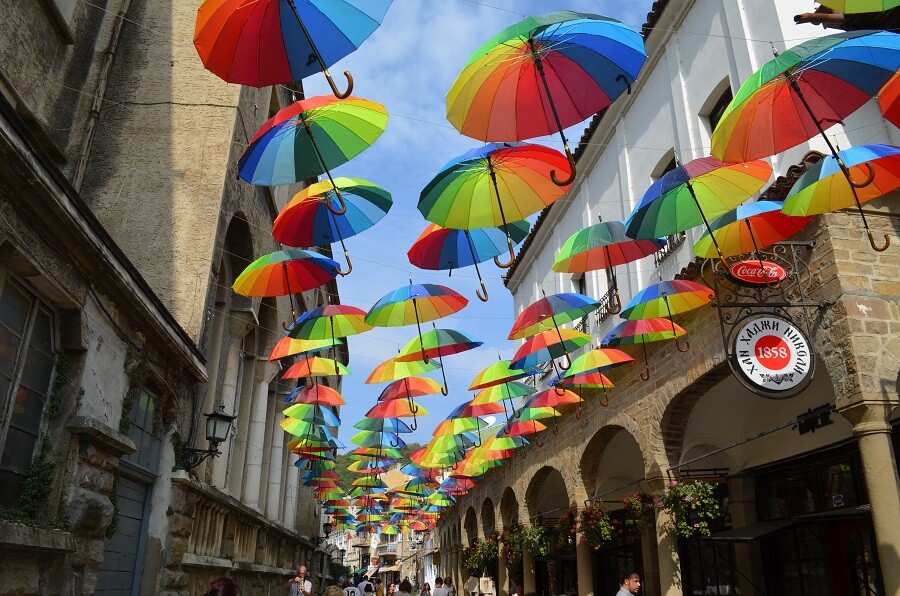 Cathedral of the Nativity of the Virgin Mary

We started the tour Cathedral of the Nativity of the Virgin Mary I was beside the car and before the ancient city gate, the cathedral has a very Russian Orthodox style, It is very beautiful on the outside and has a beautiful view of the valley, since this part of town are at the top of a mountain. 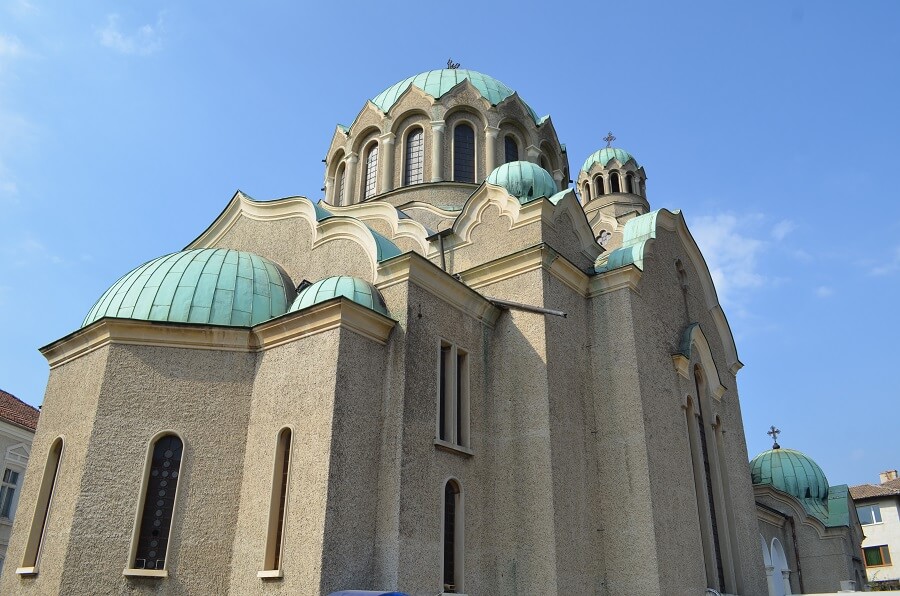 A Fortaleza Tsarevets It is probably the most famous landmark of Veliko Tarnovo. It is located on the hill Tsarevets, in a meander of the river Yantra, and occupies an area of 2.800 square meters.

Data from the twelfth century, When Veliko Tarnovo It was the capital of the Second Bulgarian Kingdom. During 200 years, this fortress was the center of political life, economic and cultural development. 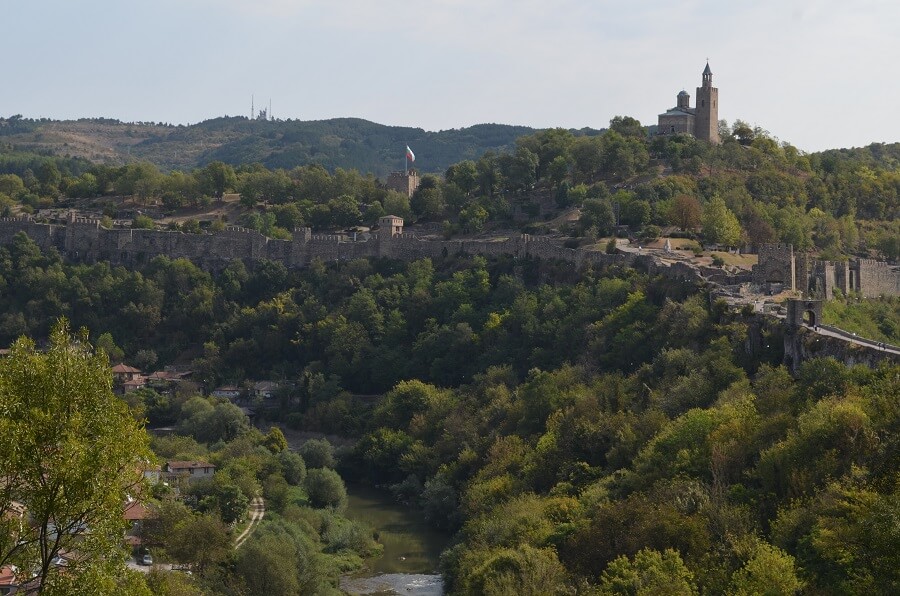 The ticket costs about 3 euros, a very cheap price compared to other tourist places in Europe. It is a great place, there is much to see, It is well preserved for being so old and you can spend a lot of time there.

In the years 80, the fortress was completely restored, as part of celebrations of the 1300th anniversary of the foundation of Bulgaria.

The fortress is surrounded by imposing walls with more than one kilometer long and is accessed by a long walkway. 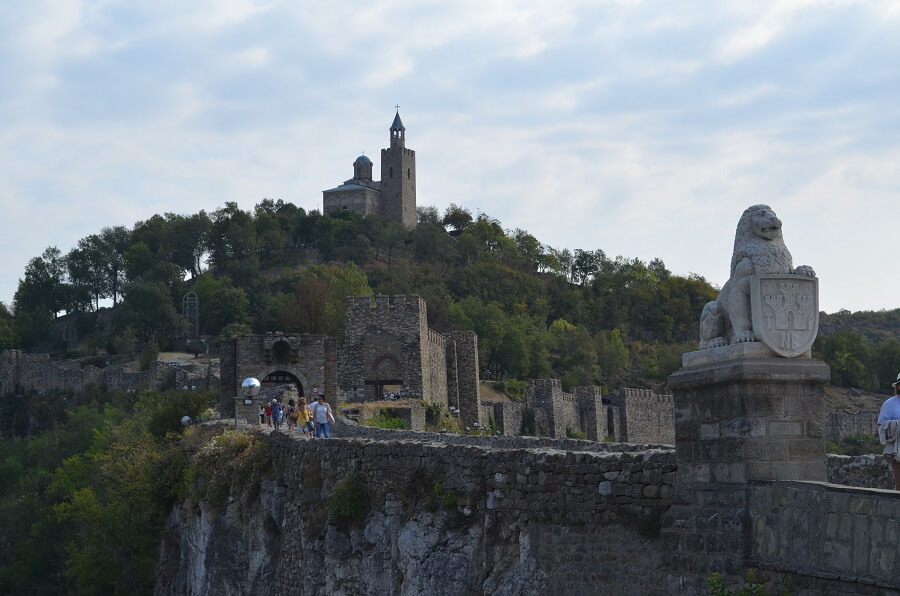 In the center are the patriarchal real and complex and the church “Ascension of Christ”. The interior is decorated with frescoes of the artist Theophanes Sokerov, representing important moments and characters of the time.

Within the wall stands: old Cathedral, Torre de Baldwin, the walls of Skull Rock and monastery on Calvary's rock.

Outside the fortress and old town, temos o Mercado de Samovodska Charshia, that is in a well-filled shopping street stores. 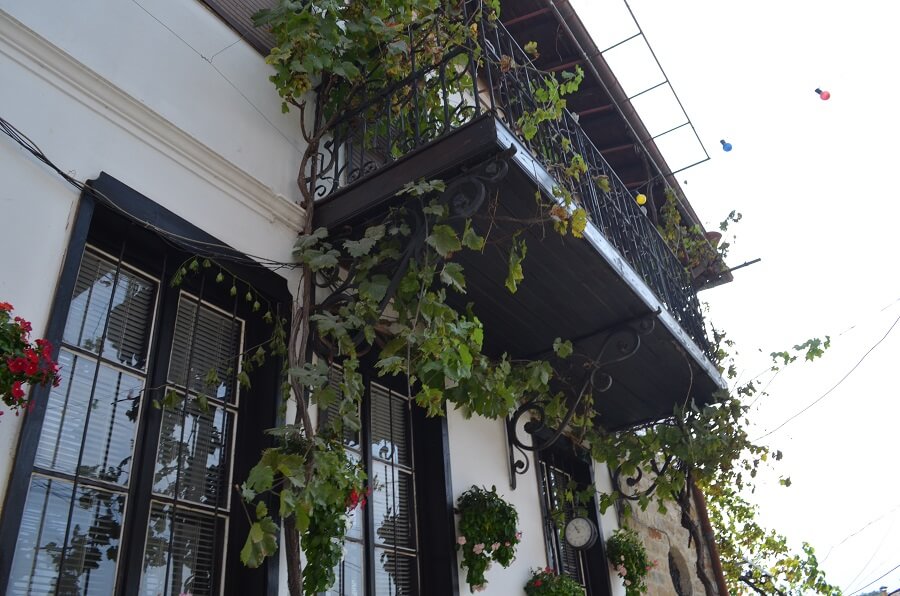 There also is a park that is a Mini Bulgaria only seen by photos, we did not know the existence of this park that has several mini constructions of various sights of the country

Spectacle of light and sound

That we are eager to see after we found it had the sound and light show projected on the fortress walls telling the story of Bulgaria, the show is only at night and it will not always have, in that site has more information when these events happen.