May 2, 2019 23 By Christian Gutierrez and Priscilla Gutierrez

Things to Do in Tallinn, capital of Estonia, one of the Baltic countries, a city little known by tourists, but lovely super, it has a medieval air in the old town center which is fully walled.

The Baltic States are formed by the three countries: Lithuania, Latvia e Estonia, beautiful and forgotten by tourists.

The medieval town of Tallinn, It was declared a UNESCO World Heritage Site in 1997, the old town of Tallinn is a walled city with a large number of medieval Gothic buildings and beautiful architecture. 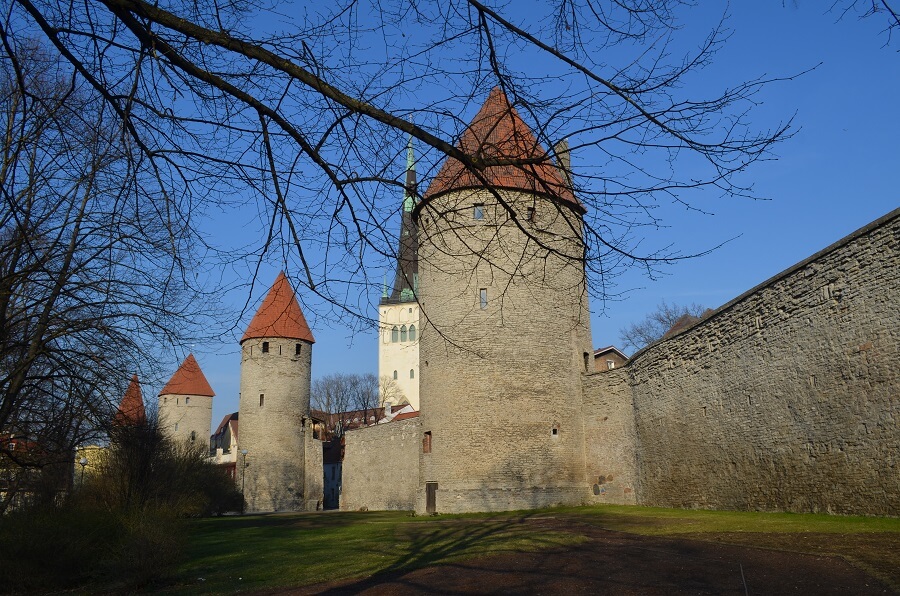 No doubt, worth getting lost in its cobbled streets, its buildings with conical roofs and oranges, visit one of its many galleries and relaxing in one of its cafes or cozy restaurants.

It's a small city, but you can appreciate how perfectly combines the old with the most modern city: your business center, its modern hotels, congress centers, etc., located only 5 minutes from the old.

Tallinn first appeared on a map in 1154, with the name of Fishermen's, It is the beginning of the thirteenth century, when it begins to be relatively important, especially given its geostrategic location as a seaport between Russia and Scandinavia. It is for this reason that the Kingdom of Denmark conquered Tallinn and all of northern Estonia in Lyndanisse battle 1219 because, soon lose the square in favor of the Germans.

In 1248, Tallinn torna-if a member of Liga Hanseatic, a federation of traders cities, originating from North Germany (cities such as Lübeck and Hamburg were dominant), More related places as diverse as Bergen, na Norway, Gdansk , na Poland, I Riga, in Latvia. Tallinn pertencia Hanseatic League, up until 1865, which earned him great economic growth, since it was a vital port to connect the Western Federation (Germany, basically, with the eastern end (Russian city of Novgorov mainly).

However, between the twelfth and nineteenth power is shared between the Danes, German, Swedish and Russian, which are those that maintained the hegemony of the Great Northern War 1710.

The Russian Empire maintained its hegemony until in 1918 Estonia proclaimed its independence in first 1919.
After the Second World War, Estonia again be dominated by the Russians, It is part of the Soviet Union again.

Tallinn remained until the early 90 the twentieth century as the capital of the Estonian Soviet Socialist Republic. But with the economic opening of the USSR and, later, with the disintegration of the entire socialist bloc in Eastern Europe, Estonia, like the other Baltic republics, gained its independence, until now final. Era 20 August 1991.

Things to Do in Tallinn and what are the attractions of the city?

After telling a little about the history of Tallin, now we will count what to do in Tallinn and what are your must-see attractions, We arrived in the city in the early afternoon, We parked the car in a parking lot outside the old city wall and, 5 minutes from the hotel, na Artillery Street,12 and we pay 3,50 Euro daily parking, (inside the wall saw prices too expensive) then we left our things in the hotel Meriton Old Town Garden, an excellent hotel to stay in Tallinn, with a perfect location, It is inside the wall very close to all the tourist attractions and in addition the hotel is very good, the front desk people are super helpful and friendly, they have different brochures talking about the city and its attractions, Our room had medieval style decor with a modern twist, clean and with all amenities, cable TV, internet wifi, bathtub, minibar, hair dryer, coffee maker in the room and bath amenities, with very good breakfast included, not to mention also the hotel restaurant, Trophy, which has a typical food wonderful Estonian and Scandinavian. We highly recommend this hotel, cost-effective. 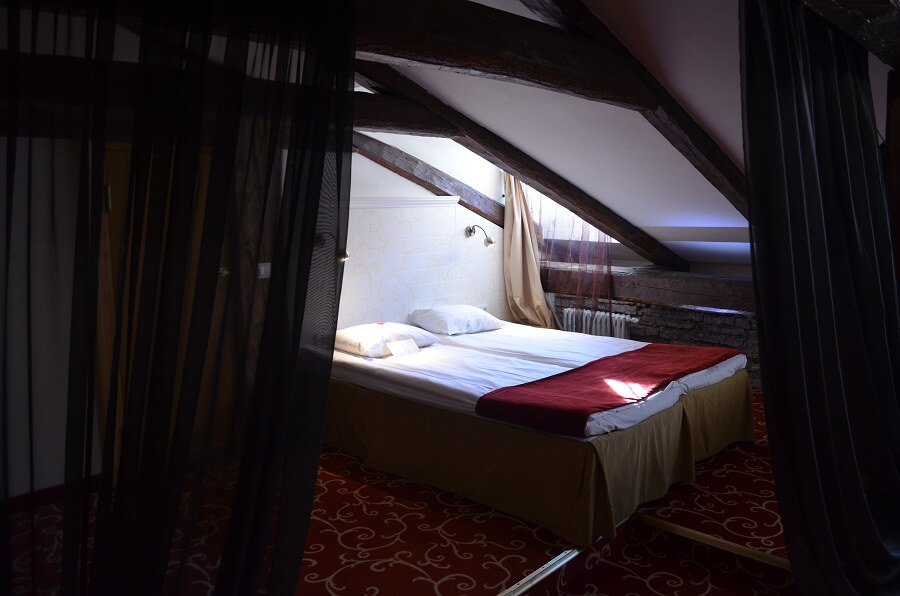 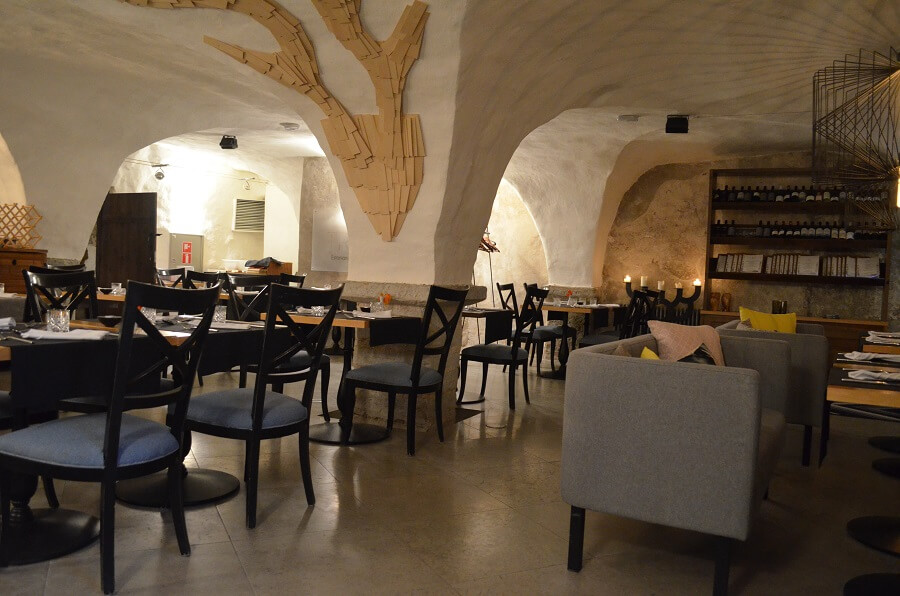 We left the hotel and went to visit the wall of Tallinn and towers, ç the afternoon is the best time to see this part of town, the first was the Torre Plate, who is one of you can come and stroll around the wall. 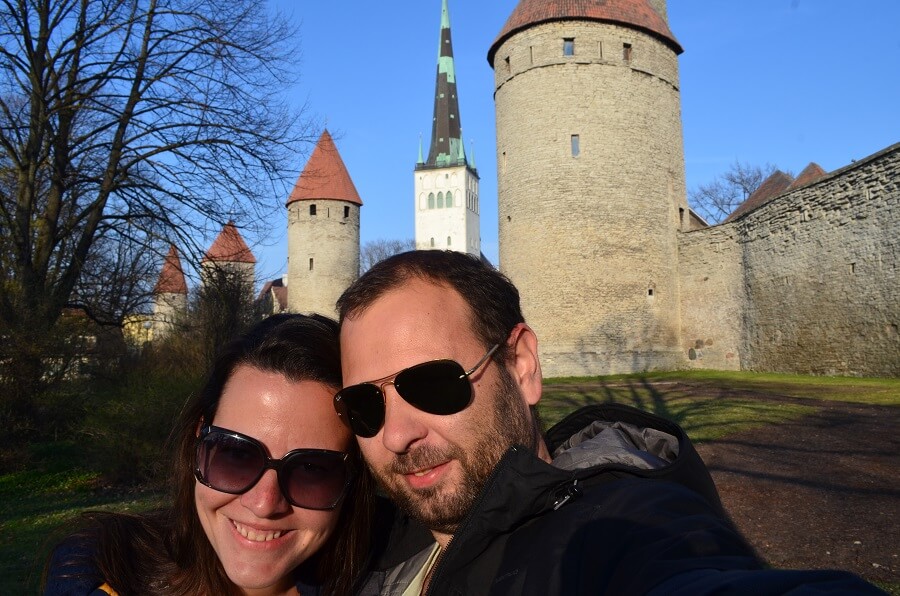 A wall Nunnadetagune torn is next to a lovely park outside the city, a good place to stroll.

The city today is formed by 25 torres, which remains preserved, formerly 35, one more beautiful than the other, this is Sauna Tower. 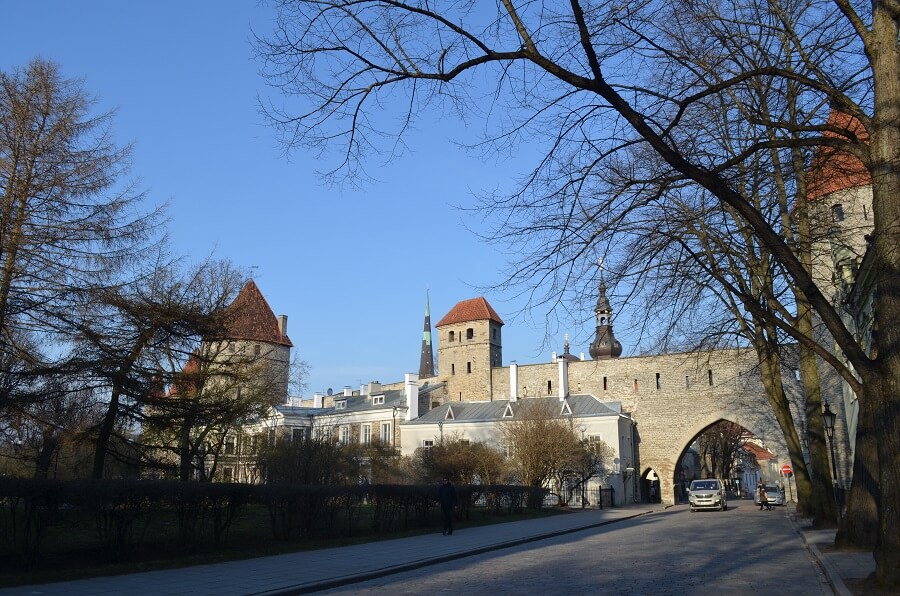 The Walls of Tallinn, They are very well preserved, almost entire, almost all the ancient city bypass, the ideal is to know inside and out of them. 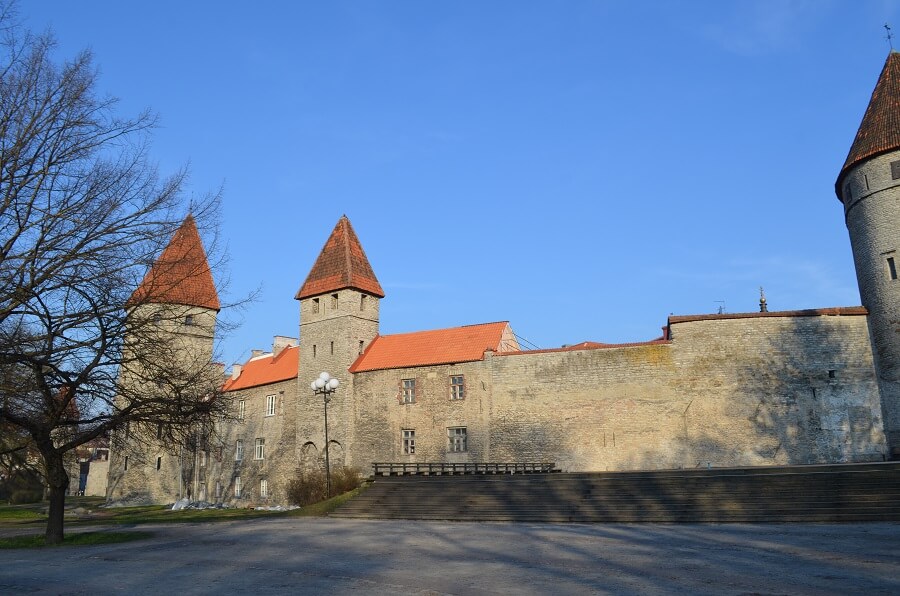 A Towers’ Square is one of the ancient city entrance gates with two towers on each side.

One of the nicest places in town is the Patkuli Viewing Platform, one Patkuli lookout in the upper part of the old town overlooking the lower town and its dozens of walls, torres, churches and buildings, to get there has a subidinha ladder but the panoramic view is too beautiful, we stood there enjoying time. 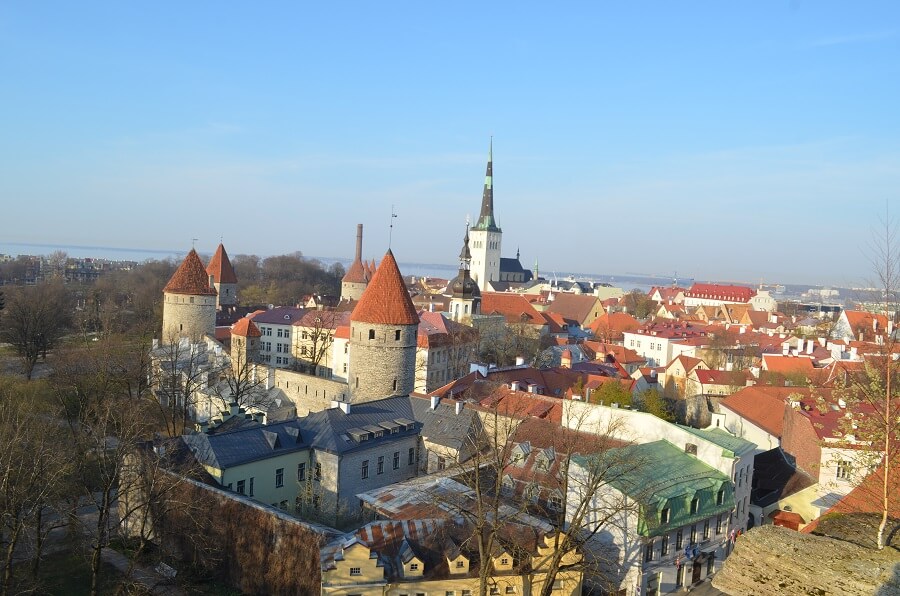 Still uptown we have another mirante o Piiskopi viewing platform, which is a good place to see the sun for the city, there the views are not as beautiful as it is the view of the new town, it's good just to see the sunset even. 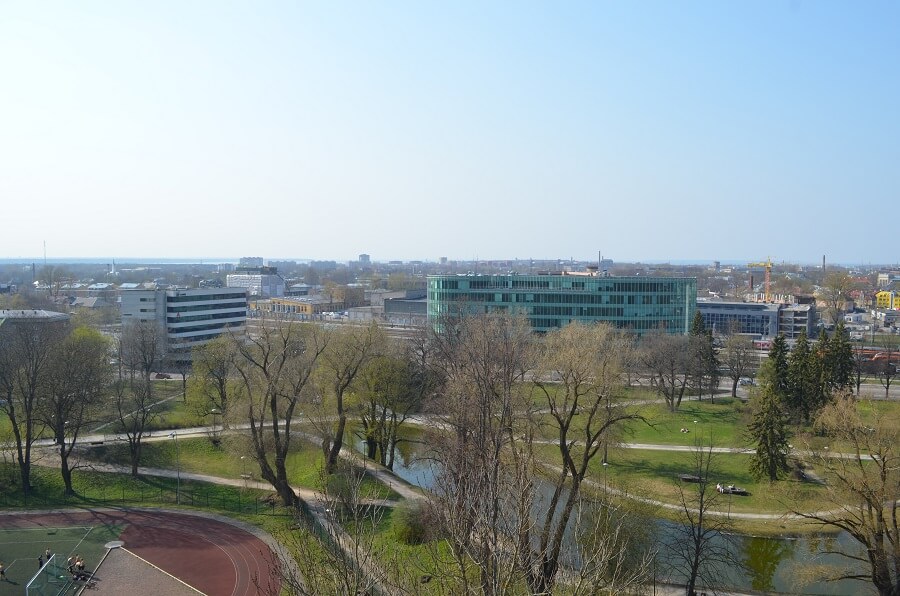 O Toompea Castle It is on top of a mountain, he today, has a medieval old town that is part of the wall and on the inside is a beautiful palace where the Estonian parliament Riigikogu. 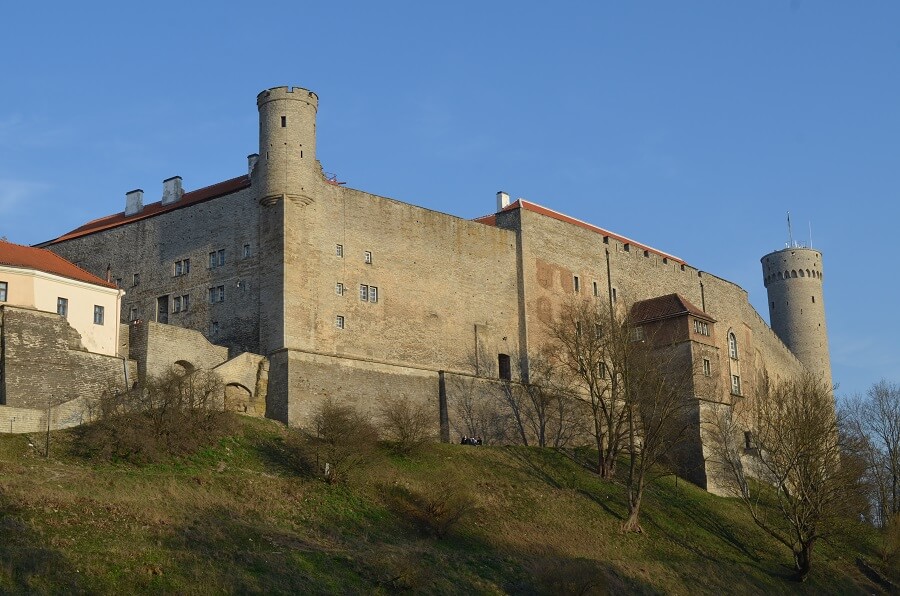 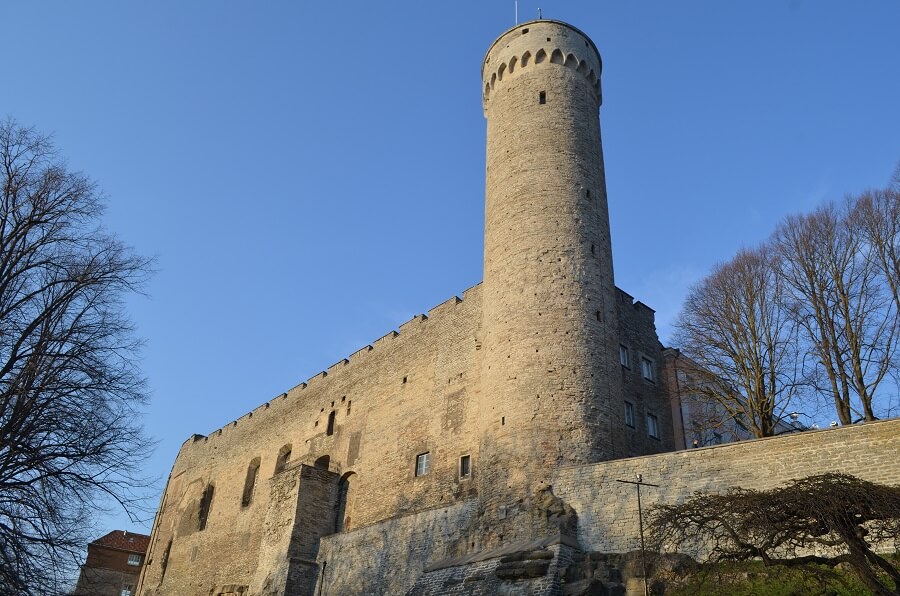 The Tall Hermann is one of the ancient towers of the very imposing castle and beautiful.

In front of the castle and the parliament is Alexander Nevsky Cathedral, one Russian Orthodox Church, beautiful, when we went to Russia, both Moscow as in Saint Petersburg It has several in the same style. 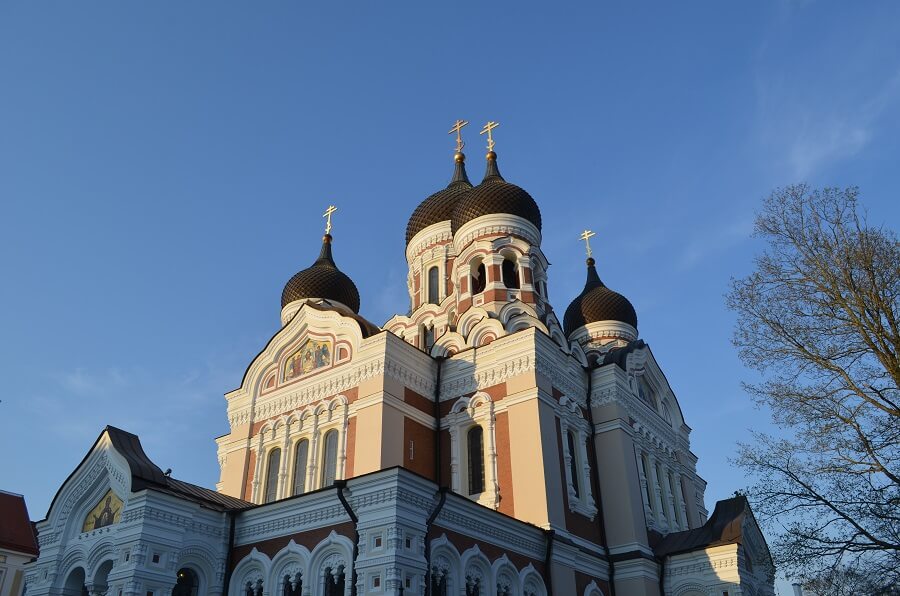 Right next to have different parts of the wall and is also the Museum Kiek in de kök tunnels and bastion, the museum has many works of art and tells a little about how it was the city with many of the Middle Ages artifacts. 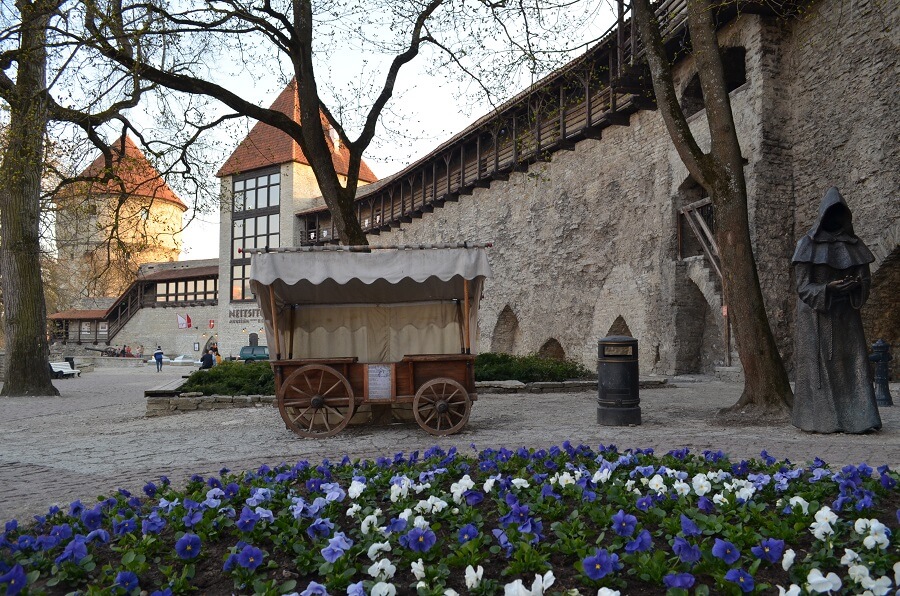 Luckily for us we arrived in the city in celebration of the day 100 years of the Estonian Parliament, o Parliament, and I was having a show with songs in Estonia Liberty Square, as it was almost dark, and we had already seen everything we have planned for the first day, We bought some beers and stayed at Parque Harjumägi standing in front of the square enjoying the show and listening to some of Estonian music. 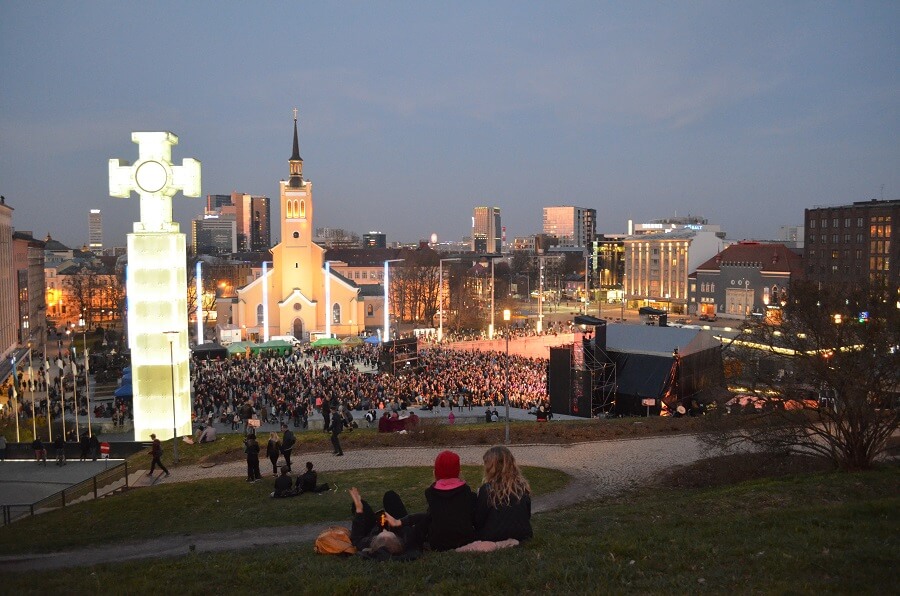 Before supper after the show, we passed by Estonian National Opera, that day was the only day of the trip 10 days by the Baltic countries, we ate at MC Donalds, this because in other countries Lithuania and Latvia the food is sooo cheap, Tallinn is a little more expensive, but only in Tallinn, in other cities prices are again very cheap, We eat very well for 5 a 7 EUR each dish, half the price we pay in Spain or in other West Europe countries, East is much cheaper.

On the second day of our screenplay by Tallinn we started our day by visiting the Church of St. Olav, It was very close to our hotel, she is beautiful, but not as pretty as the other city churches.

Nearby is the Bastion of Skoone (Skane Bastion) another part of the city wall and towers over one of the many city entrance gates. 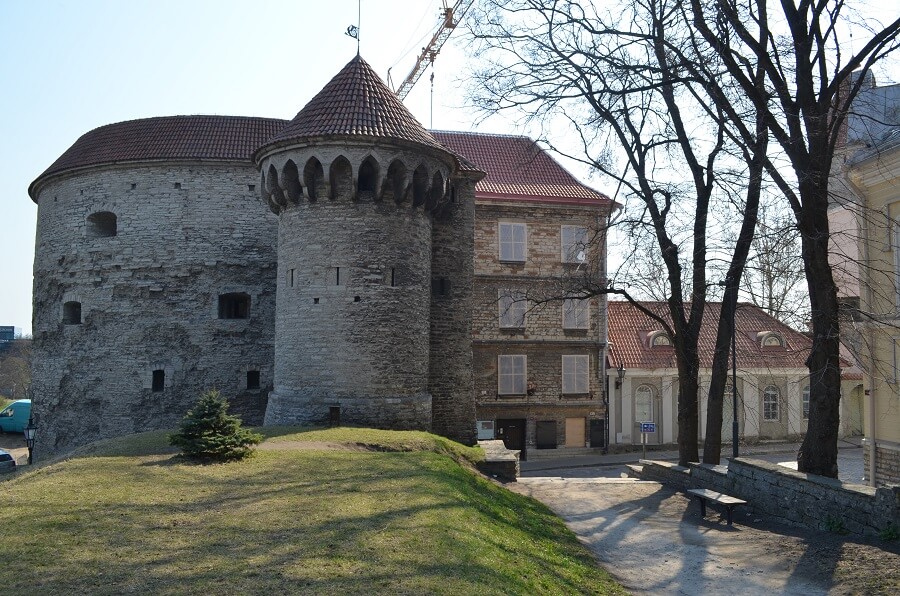 O Paks Margareeta, It is a large tower and imposing city.

For those who like the Museum Tallinn City Museum, It is a good stop to learn more about the culture, the city of Tallinn and Estonia 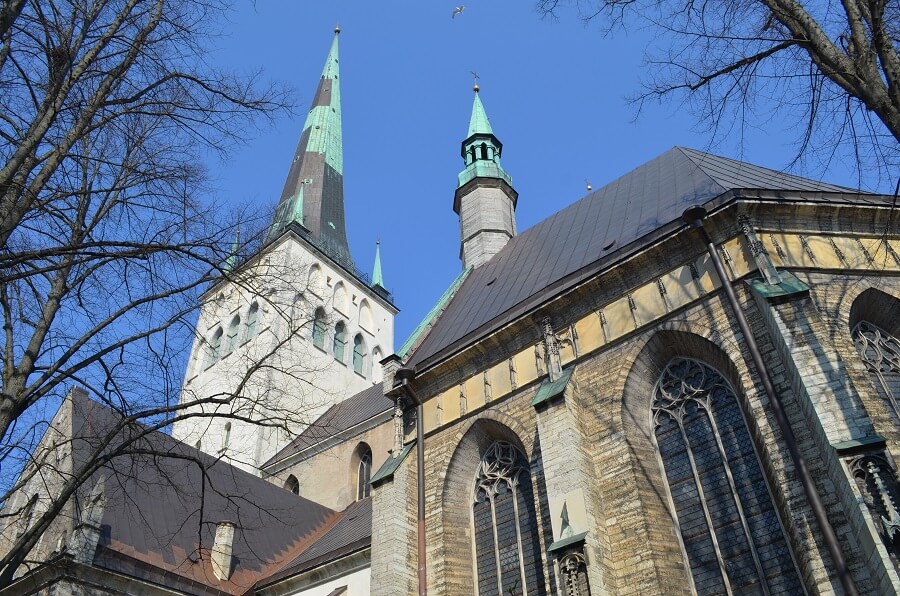 as we speak, the ancient city has several input ports one of which is St. Catherine's Passage. 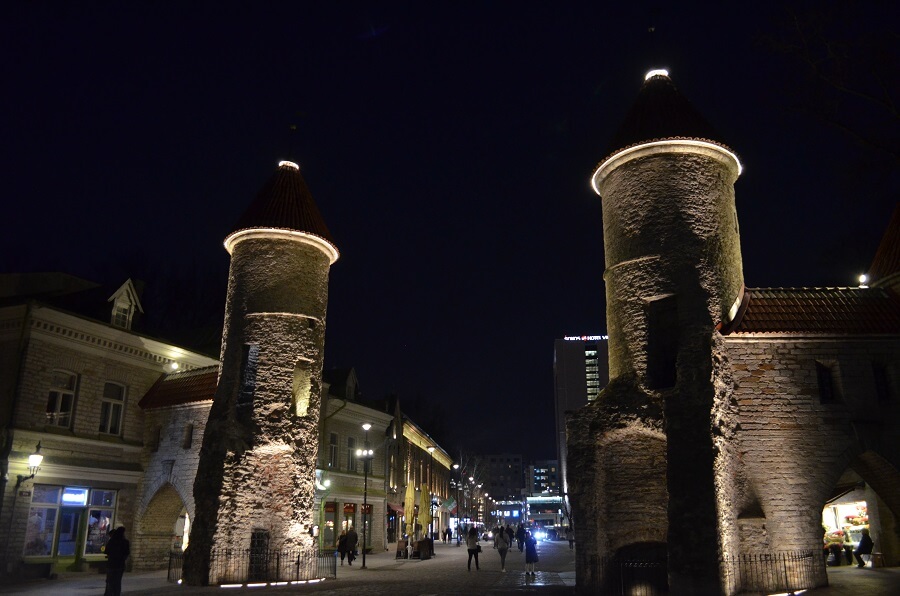 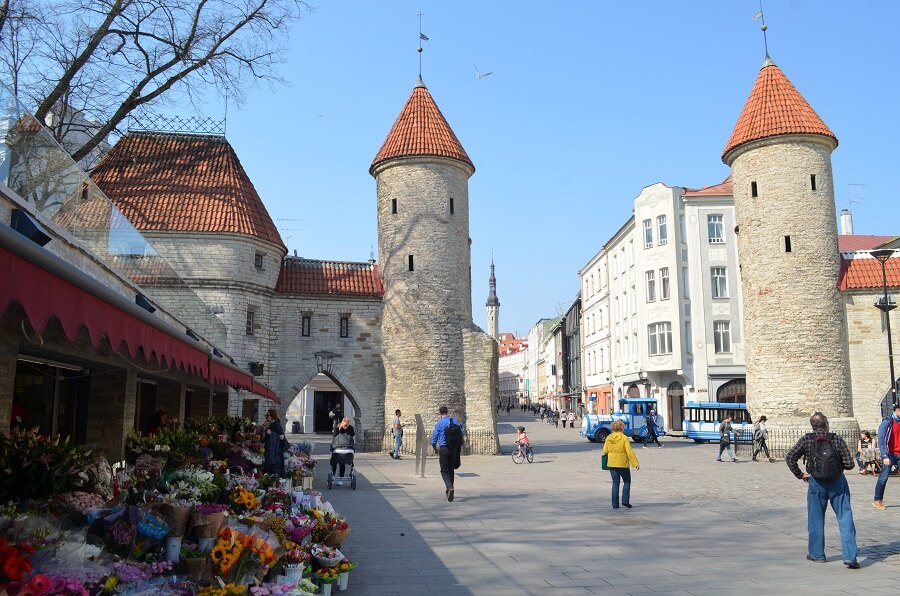 A Raekoja It is the main city square, where are several bars and restaurants, an excellent place to stop for lunch or a beer, the square is the beautiful building of Tallinn city hall, that looks like a church because the tower.

Other churches we visited were: a St. Nicholas Church and the Cathedral Santa Maria standing beside the House of Estonian Cavalry e do Sunset viewpoint of the Tallinn Piiskopi viewing platformdo. 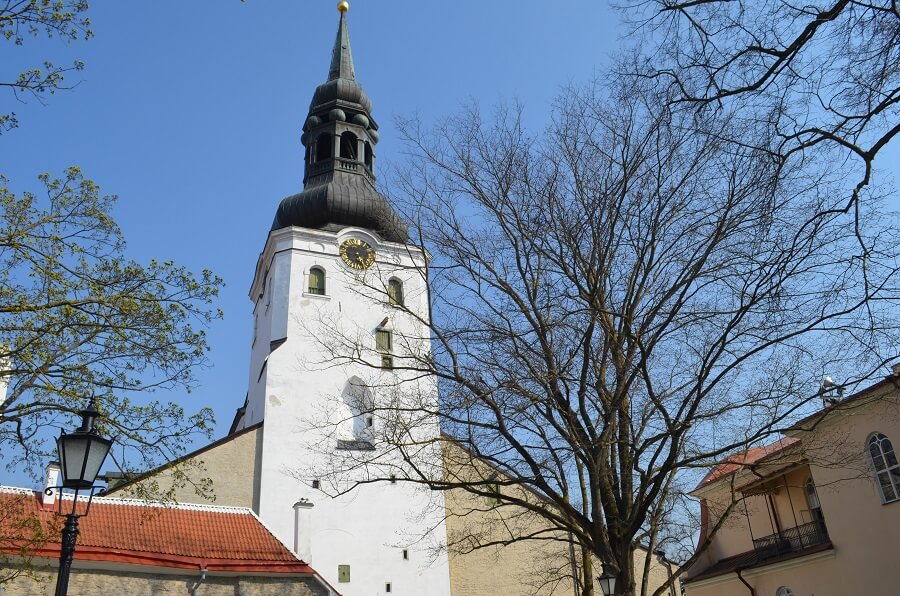 Another gate we spent was the Viru Gate.

A very interesting place to meet is the KGB Museum, we talk Estonia has long been one of the Soviet Socialist Republics and the museum has some of that time and the Russian spy agency.

The best time to go to Tallinn is between April and October, in other months it is very cold and have lots of snow in the city streets, making it difficult to know the city, and the sun sets too early, to 15hs, and later dawns, with little time light is bad to know all the tourist attractions in Tallinn. 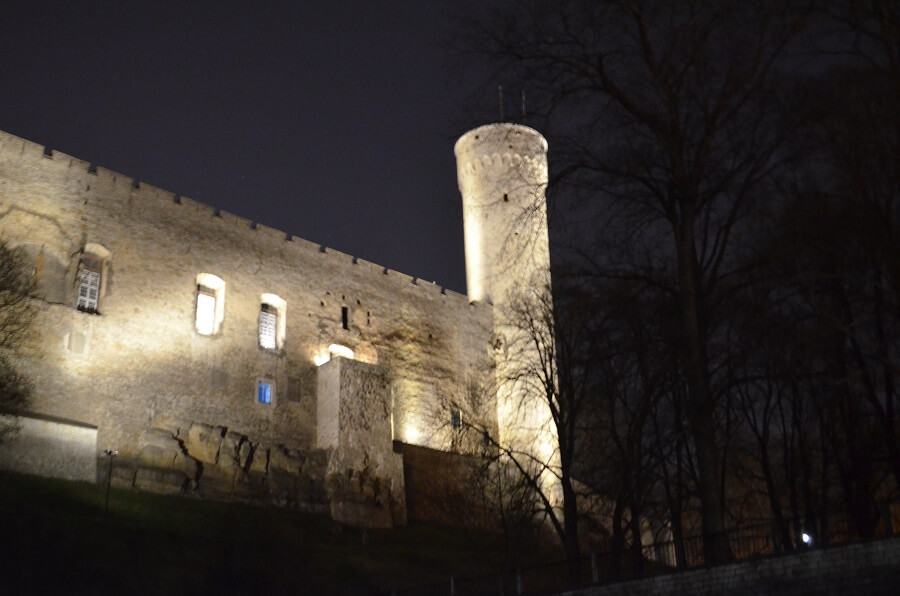 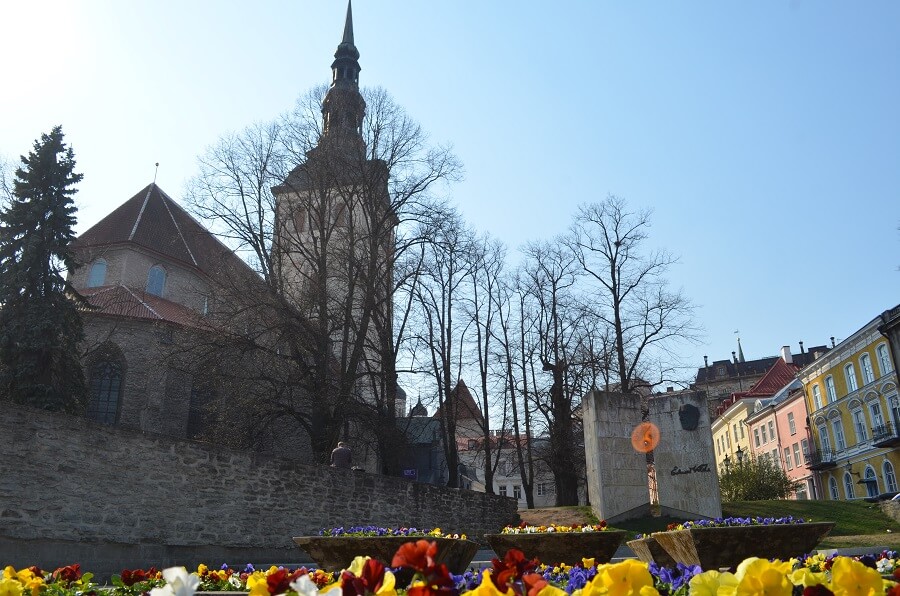 That was our two-day itinerary for Tallinn, the beautiful capital of Estonia, with its medieval part.

Monastery of Ostrog, the monastery which is embedded in the mountain

Albufeira, a city of the Algarve coast