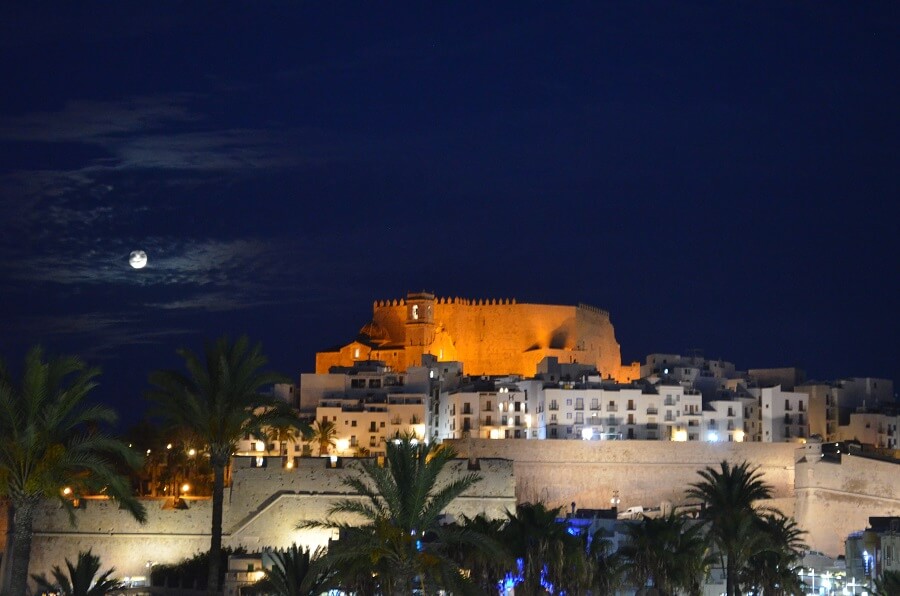 In last weekend we went to Peñíscola, a small beautiful city with 7.500 population, and inside it has a medieval city, entitled to a strong, wall, old buildings and a beautiful castle built in the eighteenth century, by the Templars, upon Arab ruins, but before that it had been occupied by several other ancient civilizations, it is on the coast of the Valencian community, around 230km from Barcelona. 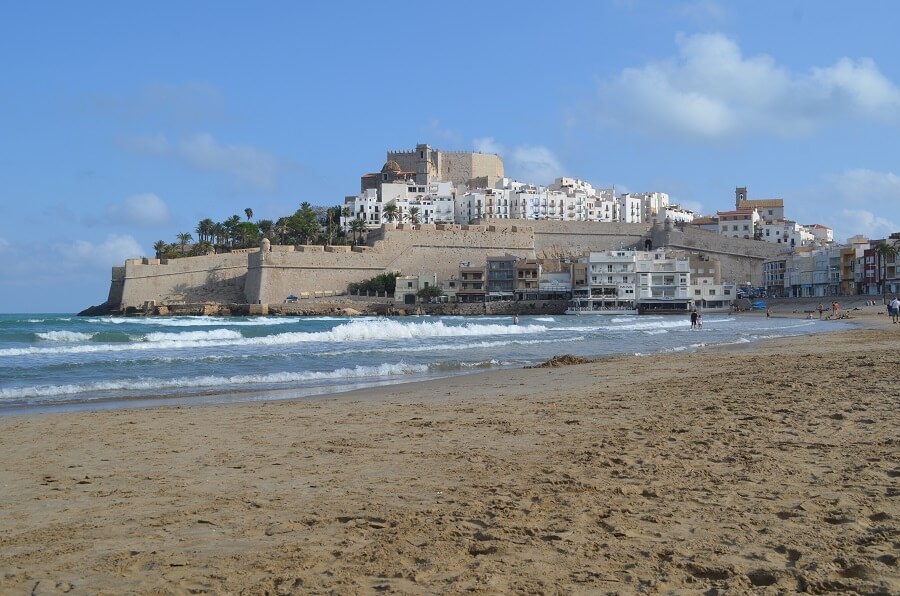 We rented a car with RentCars (InterRent in company) from Friday to 16h until 22h Sunday and believe it or not, only paid 0,74 euro cents!! It was the cheapest rent we pay in life!! We have rented cheap car, because of the time, for autumn and winter usually even cheaper, but this was the cheapest of all. Okay we got without full insurance (We took the basic insurance with franchise), but even so it was very cheap, or we believe. 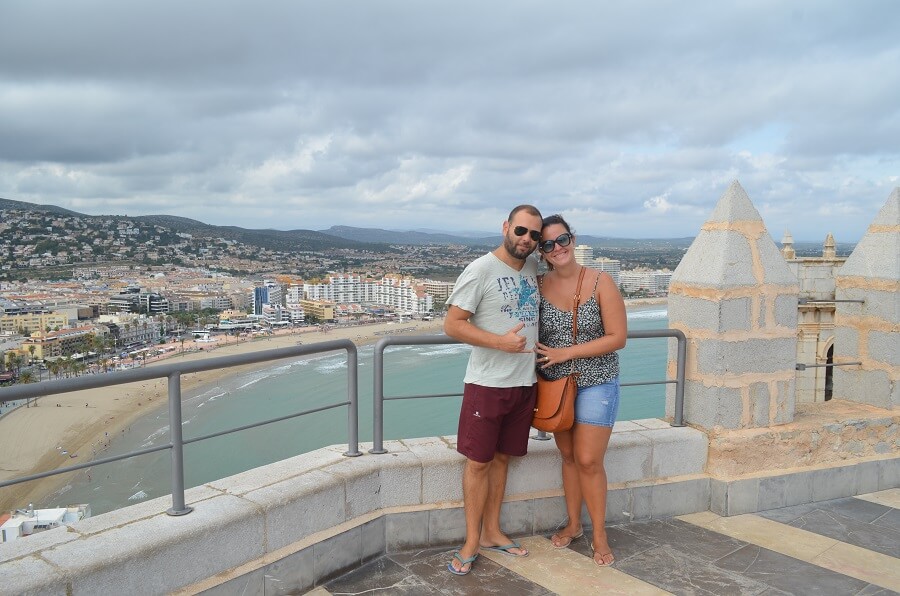 We left Barcelona toward Peñíscola around 16:30h and arrived around 19:30I am Peñíscola, a linger 3h, because we chose pick up roads without tolls, if you do not already know, O waze gives you this option and, as the time difference was little, I turn to 30 minutes longer and, tolls are nothing cheap, a distance that would be around 30 euros, we prefer to take a little longer and save that money for other coolest things. 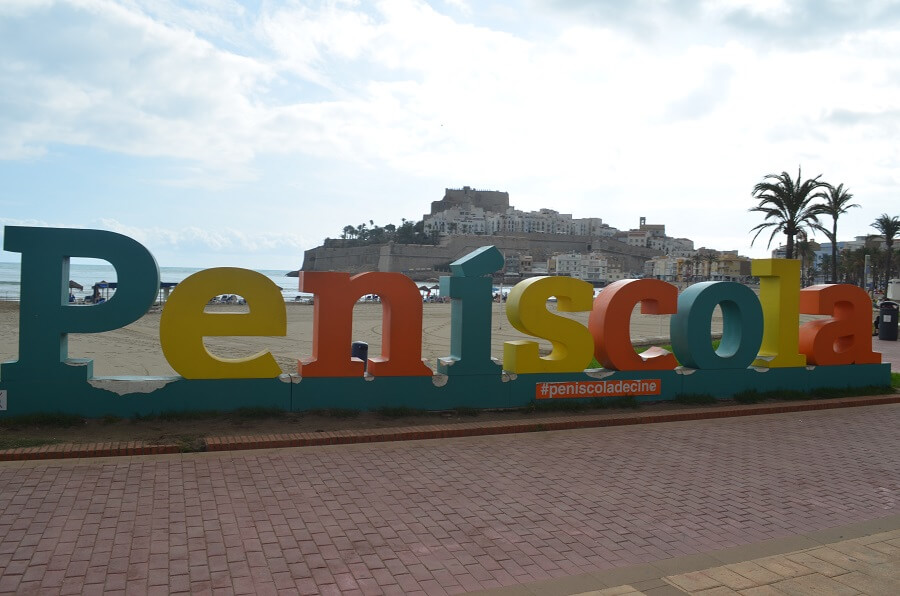 It was a very peaceful trip and when we got Peñíscola we had a nice surprise with our hotel, his name is Cabin love, We stayed in a room facing the beach and the castle, with a good balcony (We chose the room with balcony), as for us it is very difficult to see what dawn, because we like to wake up a little later, this time it was very easy, We were only going to the balcony of the room and give the guy with the sun rising behind the castle, it was beautiful, then we went back to sleep lol, the hotel is in a great location, right in the center, surrounded by delicious restaurants, including the hotel itself, bares, he was facing the beach, promenade and 200m from the main attraction of the city, the medieval town, we had a great breakfast, full well, and best of all I was going to 11:30h in the morning, so we did not have to get up early for breakfast lol, the room had air conditioning, TV, private bathroom with amenities bath, curtains black out, especially important for this type of room very clear, the bed was great and even though facing the beach and center, we did not hear any noise, the room was super clean and well maintained, the car left on a street close that had no blue zone and paid nothing, but if you prefer they have the option to leave the car in a private garage near the hotel, with cost, ultimately, love, recommend it highly and has a cost-effective. 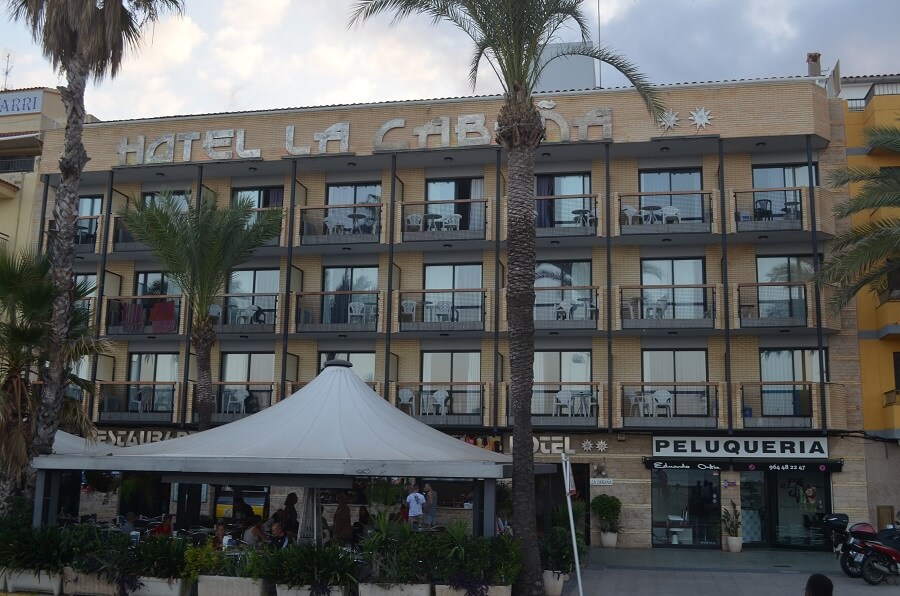 It also has many other good hotels in front of the beach, only we recommend that you stay close to downtown and the medieval city, look here, for then you will have more freedom and you can forget about the car during your ride, as we did, only we took the car on Sunday night in time to go, after spending the day at the beach. O Hotel La Cabaña after you make the check out, it gives you the option to leave the bags at the hotel and take a shower after coming from the beach and come home pretty clean rs. 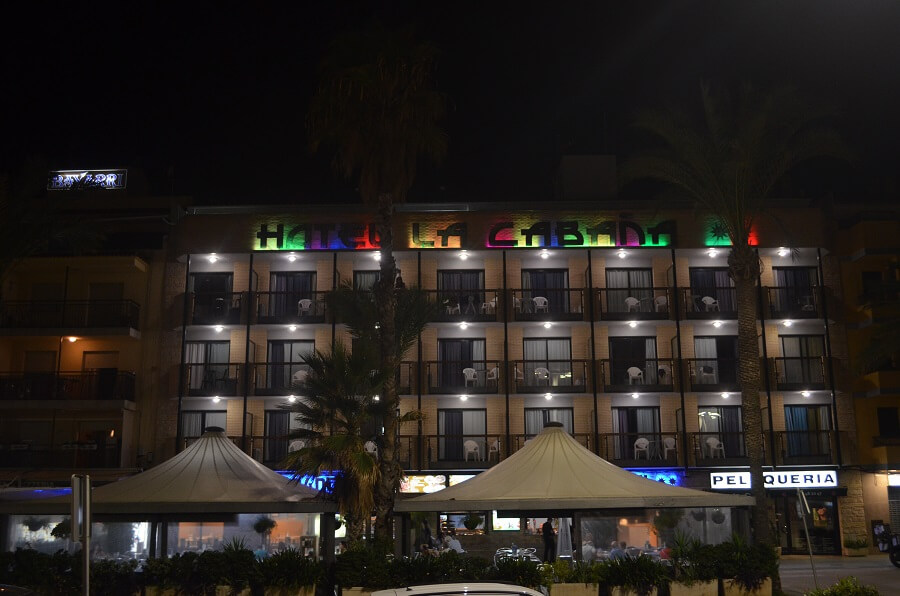 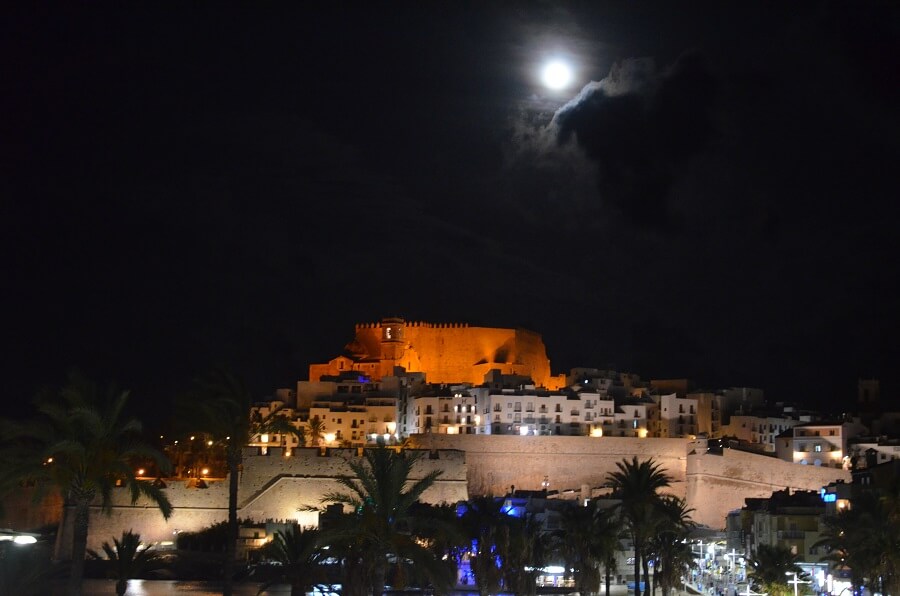 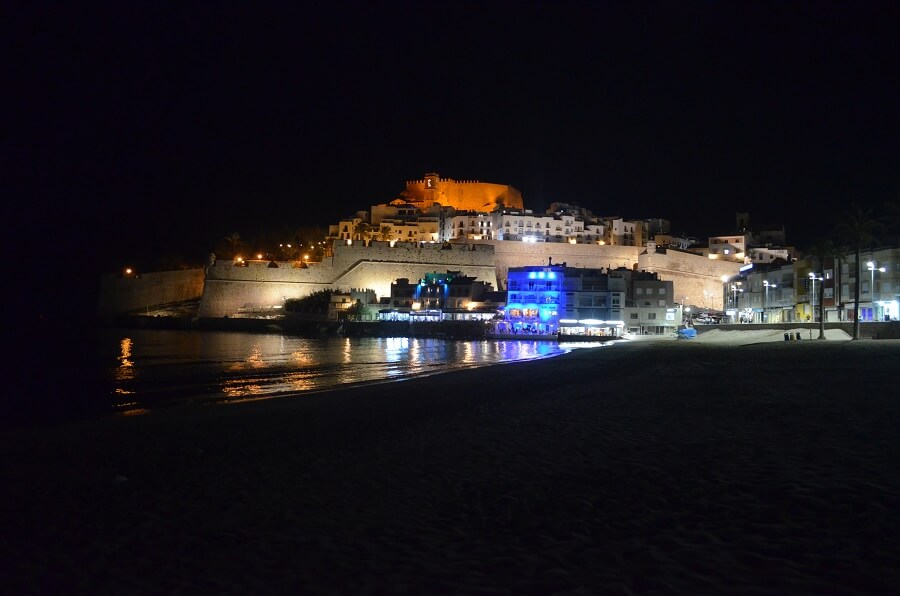 He feels like traveling after so many tips? The Blog TurMundial gives you even more tips to ease your travels: Want to book a hotel? Book hotels with great prices by Booking. Want to book an apartment, home, boat or even a tree house and still win 100 real in his first stay? Book all these and many other choices of places with great prices by Airbnb. Want to buy advance tickets for various attractions and tours without those huge queues? Buy Ticketbar Want to rent a car? Undoubtedly indicate the Rentcars.com it seeks the best cars and market values. You need to send or receive money to / from abroad, without paying those absurd charges of bank or exchange houses it Wise You want to avoid problems in the middle of his long-awaited trip? Hire a travel insurance with any of these companies Real Travel Insurance, or insurance Promo You want to avoid those sky-high mobile bills at the end of his international trip? And yet able to do, receive calls and use the internet? Buy an international phone chip with any of these companies: OMeuChip or with the or with the OBS: We emphasize that the responsibility for providing the services / sale and delivery of products, suppliers are described above.
CategoryEurope What to do in Spain?
TagsCastle Peñíscola destination RBBV Europe Hotel La Cabaña What to do in Spain? Where to stay and stay in Peñíscola? Peñiscola