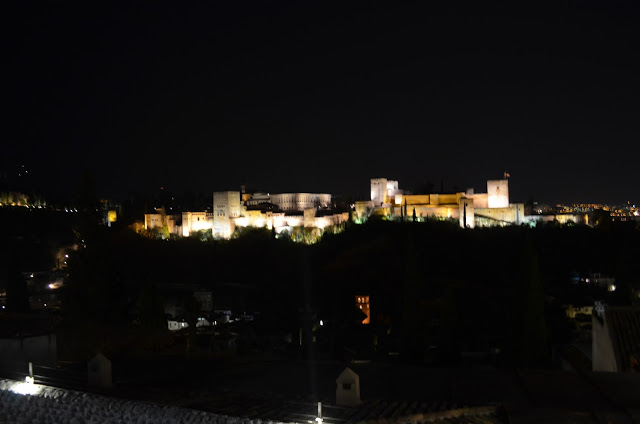 The 3 Alcázares most beautiful Spanish

Alcázar is a Spanish term for a fortified castle, comes from the Arabic word "al qaçr". Many Spanish cities use Alcázar to name former Muslim palaces, there are several in Spain, the most famous are: Alhambra, Alcázar dos Reis Christians and Real Alcázar.

We were in the three, on a trip we made to southern Spain (Andalusia region), through Córdoba, Seville e Granada.

1- Granada Alhambra me
Some people consider Alhambra much more than a Alcázar, It is a city within a city Granada, because in the Alhambra Alcazar would be one of the parts of the old city.
Alhambra was a place that surprised us is so beautiful that, It has lovely gardens. Its construction began
in the eighteenth century. 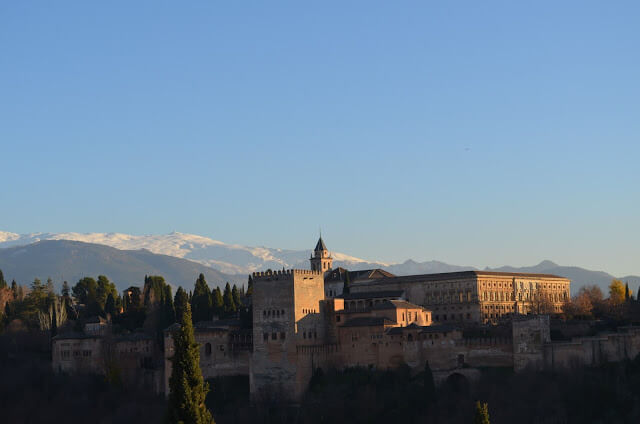 It sits high on a mountain, between the city of Granada and ski station in the Sierra Nevada mountain.
There has several palaces, torres, churches, baths, sources, doors and gardens is so large that it takes more than 4 visiting hours, this because we were fast
The main places are the Alcázar, the Court of the Lions and the Palace of Charles V.

It is one of the most visited places in Spain and has massive queues to buy tickets, we had to get ace 5 the morning to get the ticket, because we had not been able to buy with 15 days in advance on the Internet, then schedule well in advance and buy online the tickets to get in Alhambra.

2- Alcázar of Kings Cristianos in Cordoba
One of Spain's most important Alcázares because it was the home of Kings Cristianos, that reconquered Spain from the Muslim invasion in the twelfth, XIII, XIV e XV.
The Alcázar is small and much of it is closed to the public. 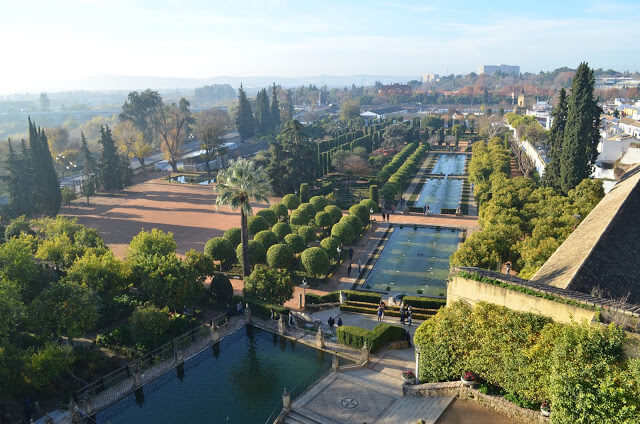 It was built in the twelfth century, but before existed another palace on site. The Garden is the most beautiful place and where there is a statue in honor of the Kings Cristianos.
It is one of the most visited places in Córdoba, we did not catch queue to get in and the price is much cheaper than other Alcázares, 6 euros.

One tip that has nothing to do with the Alcázar but need to talk, do not eat the gossip from the streets of Córboda, they are very bitter, We eat and almost died so bitter lol.

3- Real Alcázar in Seville
Like other Alcázares Muslim art arches and mosaics are very present in the Real Alcazar Seville.

Built at the beginning of the Arab invasion in the thirteenth century and expanded by Don Pedro I, Cruel, It was the seat of government Spanish. 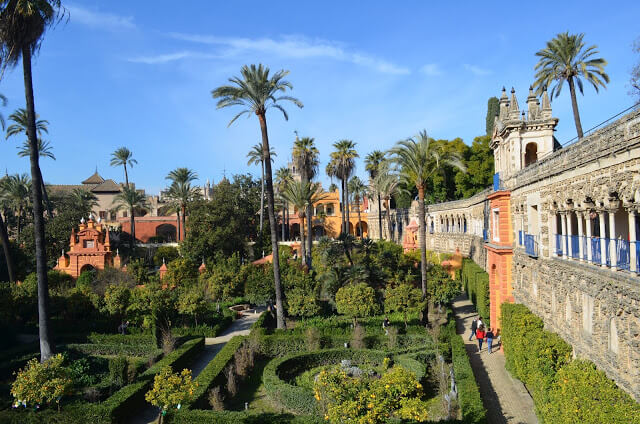 It is right next to the Seville Cathedral and La Giralda tower. As Alhambra is very good the income to buy online, because we did not know you could be so well row, We took over 1:30 to enter the Alcázar, then buy your ticket online also. O Alcazar Seville It is greater than that of Córdoba, but much smaller than Alhambra.

The most beautiful part is the Muslim architecture of the buildings. The Garden is also very big is beautiful, but we think a little bad care. The tour takes about 2 hours, then schedule a morning or afternoon to see this beautiful place.

A Alcázar we do not know and it should be beautiful is to Segovia (perto de Madrid), maybe one day we will be there to see if it is beautiful but that these and we are here for you.

He feels like traveling after so many tips? The Blog TurMundial gives you even more tips to ease your travels: Want to book a hotel? Book hotels with great prices by Booking. Want to book an apartment, home, boat or even a tree house and still win 100 real in his first stay? Book all these and many other choices of places with great prices by Airbnb. Want to buy advance tickets for various attractions and tours without those huge queues? Buy Ticketbar Want to rent a car? Undoubtedly indicate the Rentcars.com it seeks the best cars and market values. You need to send or receive money to / from abroad, without paying those absurd charges of bank or exchange houses it Wise You want to avoid problems in the middle of his long-awaited trip? Hire a travel insurance with any of these companies Real Travel Insurance, or insurance Promo You want to avoid those sky-high mobile bills at the end of his international trip? And yet able to do, receive calls and use the internet? Buy an international phone chip with any of these companies: OMeuChip or with the or with the OBS: We emphasize that the responsibility for providing the services / sale and delivery of products, suppliers are described above.
CategoryEurope What to do in Spain?
TagsAlcázar Alcázar two Christian Reis Real Alcázar Alhambra Andalusia Córdoba Europe Granada What to do in Spain? Seville
Video – Córdoba
minute Barcelona – Las Ramblas