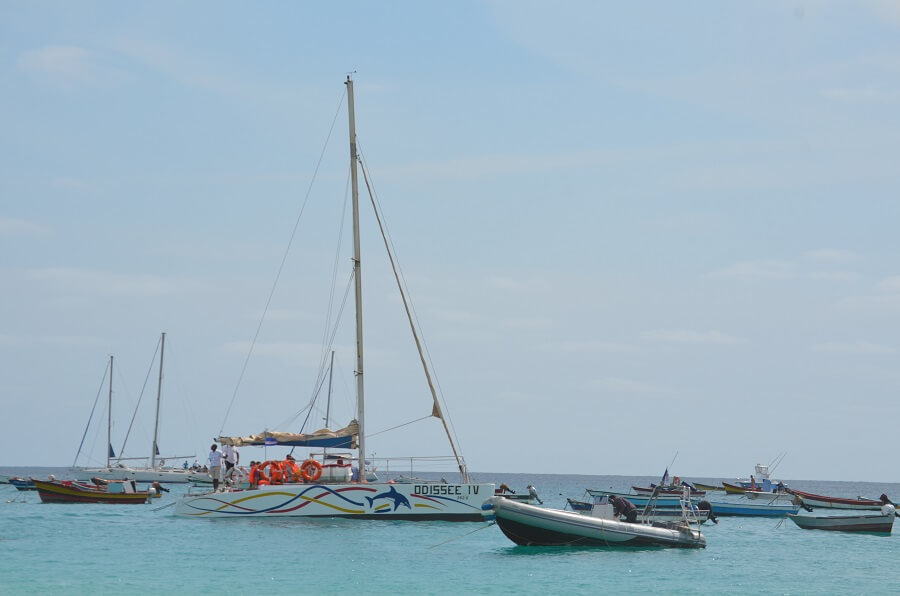 Earlier this month we went to Sal Island, a wonderful Island, between the 10 Cape Verde volcanic islands, na Africa, situated around 600km from the African coast. 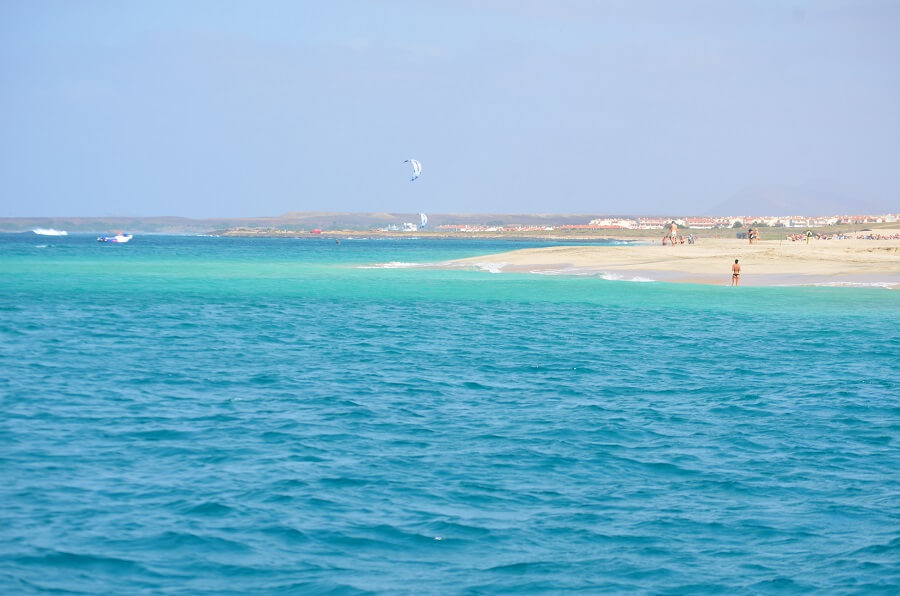 Sal Island is hot throughout the year and hardly ever rains, then decide to flee rather European cold, for those who can not live in Barcelona, where it is already beating a chill and we were there, which also it is already winter, but the average temperature at this time there is 20 a 25 degrees and came to pick up 27 degrees several days. 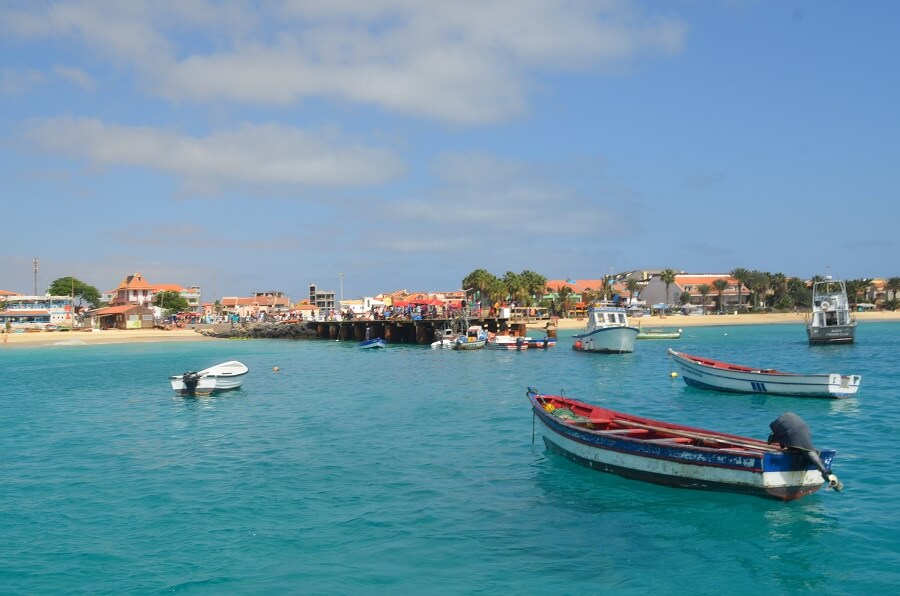 It is a place with crystal clear waters and a turquoise hurting the eyes of so beautiful, with thin and white sand, People are amazing, always cheerful and smiling, I think the word Creole morabeza, which means the art of welcoming, explains a little all, off their food they are fantastic, everything we eat and drink there was delicious, mainly cachupa (a dish made of beans base, corn, Meat or fish) it's the grogue alcoholic drink them, a bit strong, but also very good, that is, a true paradise. 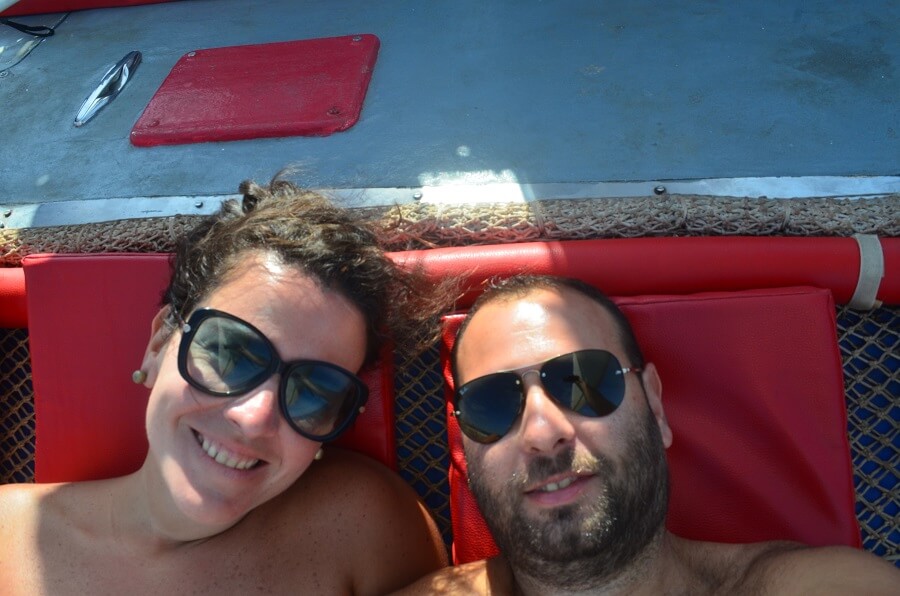 It is a super resort island which has several attractions and fun rides to do, one of them is catamaran tour we did the south of Sal Island, the company Odissée IV, is a tour lasting 3 hours, where are included drinks and snacks, and how could not miss in Cape Verde, entitled to an animated super team, smiling and friendly, they play local and international songs during the ride, where you have to toast to view all the time that sea of ​​dreams, if you have more luck yet, you can see turtles, whales, flying fish and end of the tour you can dive (they provide masks and snorkels) to see the statue that sits on the seabed in front of Santa Maria, also very interesting. 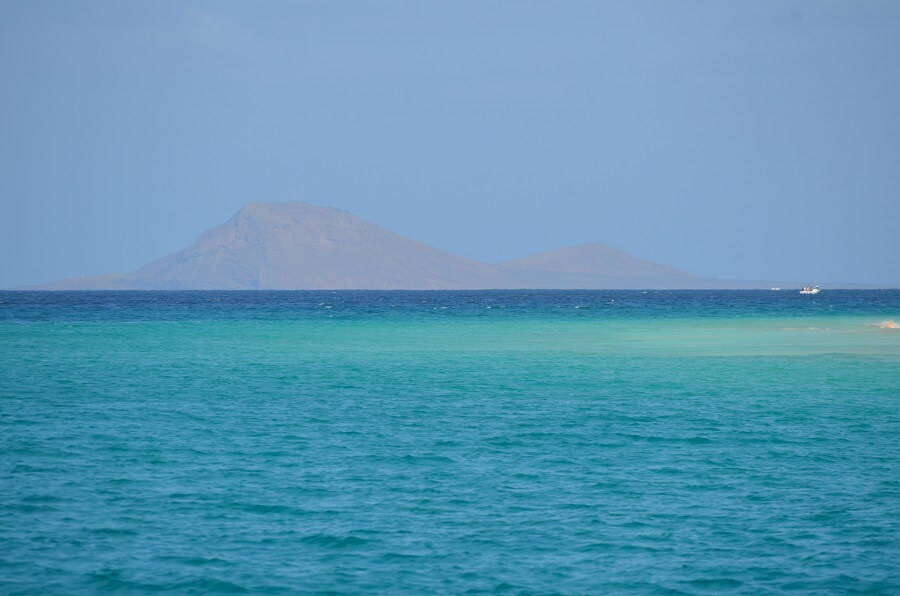 The tour is simply amazing, We love it and recommend it highly to do with the company Odissée IV. The tours leave from Pontoon Santa Maria, which is a pier where they arrive fresh and huge fish, which also has the open air market with the sale of those fish and this pier divides 2 wonderful beaches with water turquoise Santa Maria. 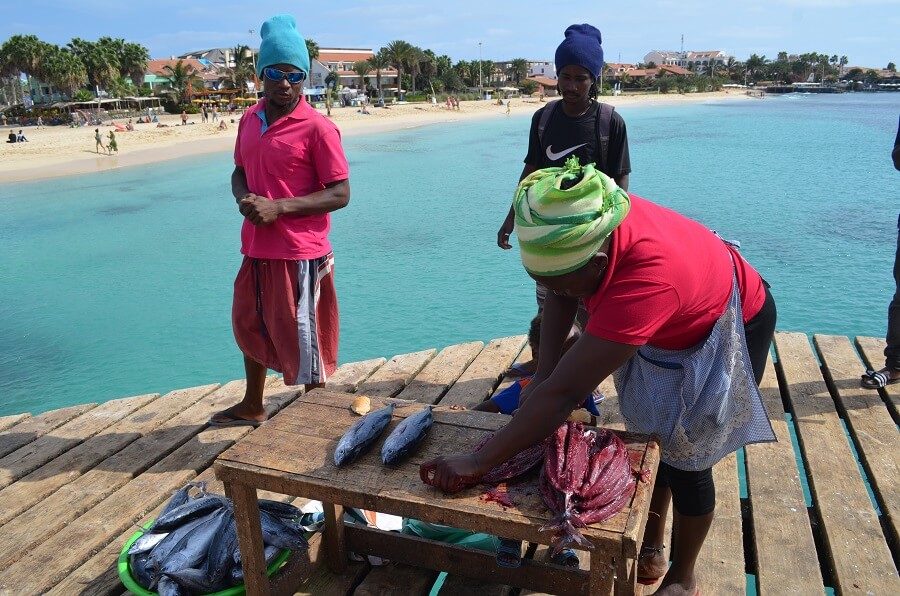 For Brazilians can get in Cape Verde need a visa, but it can be done at the same airport (pretty fast) It is mandatory to have the international certificate of vaccination against yellow fever (although they have not asked me, I Pri, I was with him), Chris entered the Spanish passport, Visa costs for Brazilian 56 euros and the entrance fee to Spanish costs 31 euros (I believe it is the same for all citizens of the European Union, but I'm not sure, so it's good to take a researched and not well know whether to Spanish and other citizenship if you must have the vaccination certificate against yellow fever, but Chris also led it to ensure) the visa and the fee can be paid in cash (we pay in even euro) or credit card, until immigration is smiling and friendly. 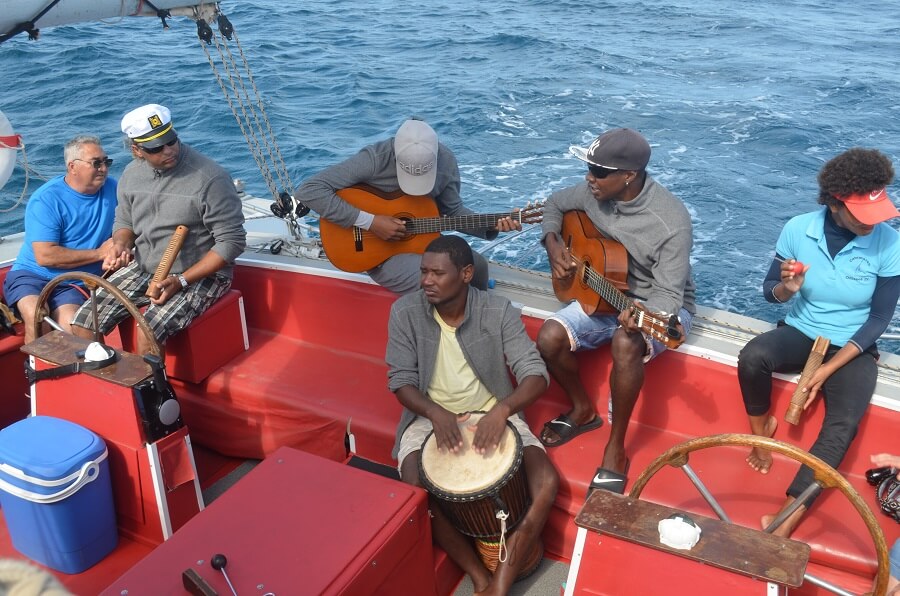 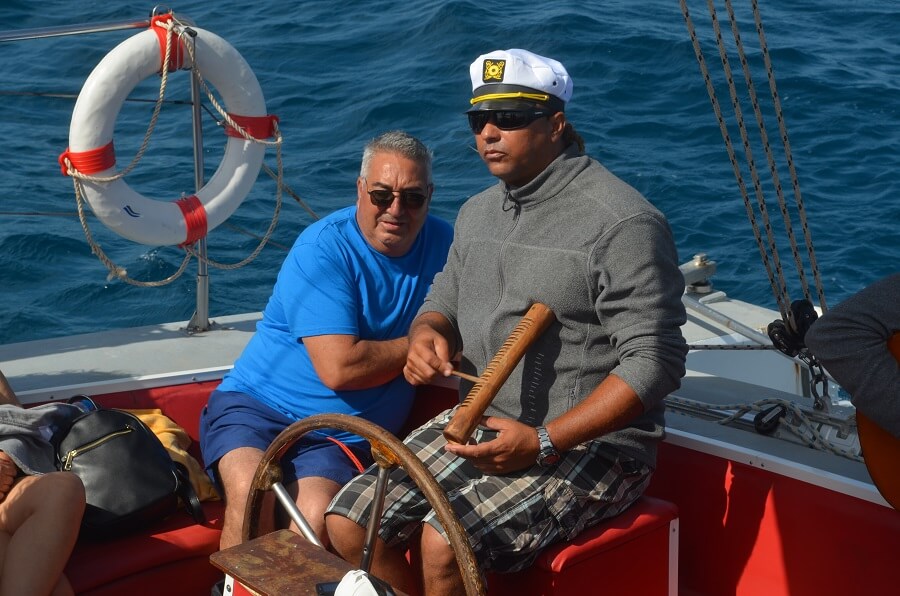 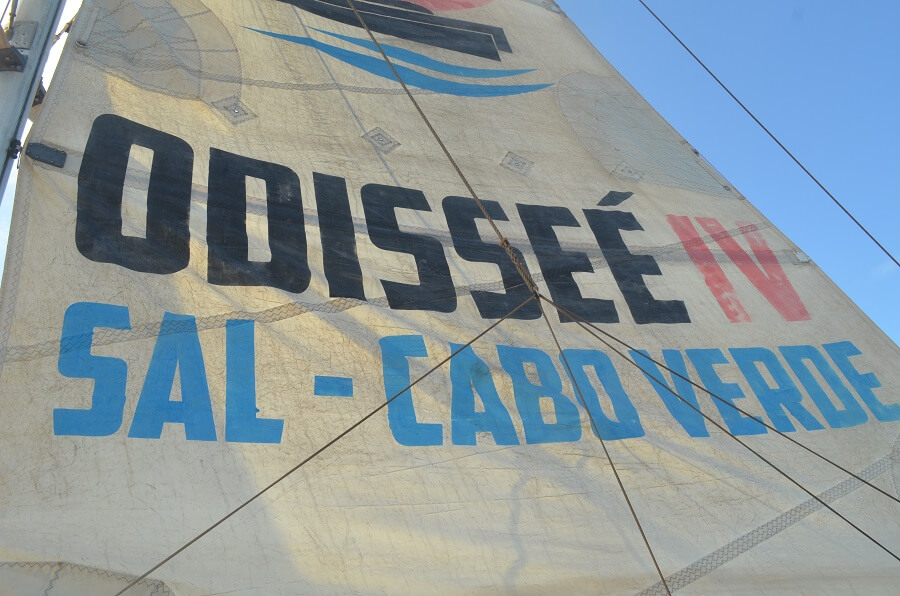 The country's currency is the Cape Verde escudo which you can exchange at the airport, but the vast majority of establishments in Sal Island, to be a good tourist island, accept euros (but the exchange rate is not as good) then it is better to change money at the same airport or you can also use credit card. The official language in Cape Verde for those who do not know is our good and dear Portuguese, but they also speak Creole. 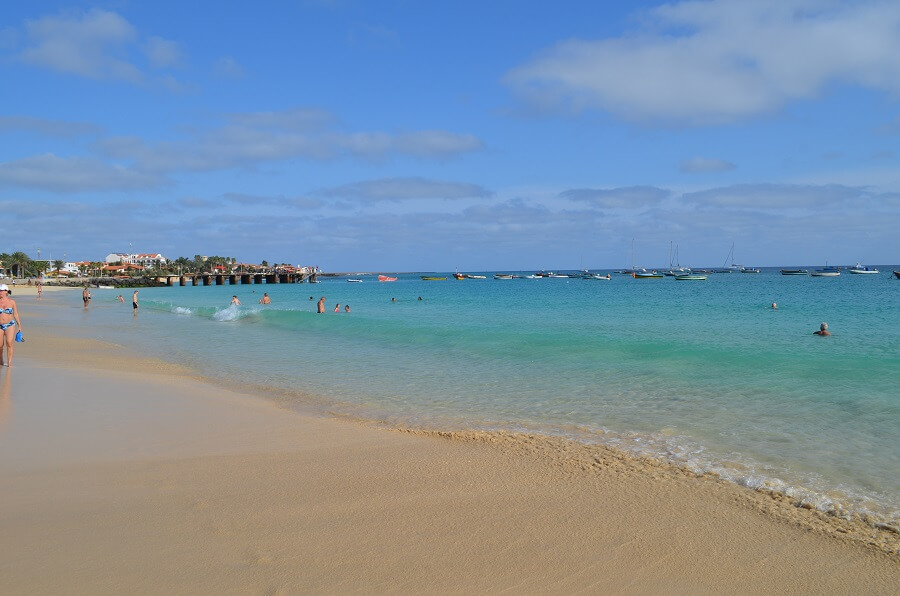 What to do in Sal Island in Cape Verde