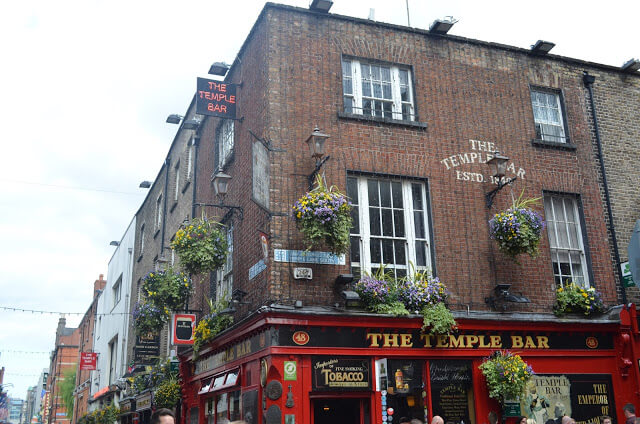 As I said last post, in April 2015, we move to Dublin, capital Ireland. Many people asked the question, why Dublin? So in this post I will tell you why I chose to go there.

Our goal in addition to live abroad, for many reasons, one of them is to study and speak fluent English, then last year we began to think which countries spoke English and we could live, the first list were: U.S (cities of Miami, Orlando or Fort Lauderdale), England (London), Ireland (Dublin), Australia and New Zealand, we had not chosen the cities.

In that first moment we had already disposed of Canada because of the cold, not that in London and Dublin do not, but Canada is muitoooo.

Our choice was for elimination.

Miami, Orlando or Fort Lauderdale, We have many things we like, like being able to have a big house, car, are a few flight hours from Sao Paulo, so we would be closer to family and friends, only go there collides with some caveats, which is seen, or a green card or permission resident. The visa is the easiest, but it has many restrictions to work, out what they are mega hard with immigration, we went back down to see to start a business, a Spanish national, as I have said in other posts I have dual citizenship, but it is a long and difficult process, but maybe one day, then discard United States because of this.

London, this other option no longer had the visa or work problems, to be part of the European Union, we could live and work legally because of Spanish citizenship, Pri has no citizenship, but being married to me it has almost the same European citizen rights, why always talk, if you have chance to have a European citizenship, go behind it, Here on the blog we speak as we did for take Spanish citizenship. What did we discard London, were the high cost of housing, we would have to move away from the center and studies are also much more expensive than elsewhere.

Australia, there we had two problems that eliminated the United States and England (the US visa and expensive housing in England), the visa there is easy, You can work legally, several friends told that they receive very good Brazilians, but what made us discard, It was that it is very far from Brazil and if necessary come back here, It takes a long time and is very expensive passage.

New Zealand, It fell on the same problem in Australia, the distance from Brazil.

Dublin, It was the only place we did not find a problem that kept us from there, despite the cold, rain and wind, but there has not seen the problem, It is not as expensive to live and study, It is not so far from Brazil, trabalhando lá temos os benefícios de ser cidadão da comunidade europeia e o melhor de todos, We can travel to many places in Europe, we love, with very cheap flights and we will post lots of pictures and tell everything here!!

Keep following us on the blog and on facebook, to accompany us in this adventure to live and study in Dublin.

He feels like traveling after so many tips? The Blog TurMundial gives you even more tips to ease your travels: Want to book a hotel? Book hotels with great prices by Booking. Want to book an apartment, home, boat or even a tree house and still win 100 real in his first stay? Book all these and many other choices of places with great prices by Airbnb. Want to buy advance tickets for various attractions and tours without those huge queues? Buy Ticketbar Want to rent a car? Undoubtedly indicate the Rentcars.com it seeks the best cars and market values. You need to send or receive money to / from abroad, without paying those absurd charges of bank or exchange houses it Wise You want to avoid problems in the middle of his long-awaited trip? Hire a travel insurance with any of these companies Real Travel Insurance, or insurance Promo You want to avoid those sky-high mobile bills at the end of his international trip? And yet able to do, receive calls and use the internet? Buy an international phone chip with any of these companies: OMeuChip or with the or with the OBS: We emphasize that the responsibility for providing the services / sale and delivery of products, suppliers are described above.
CategoryEurope What to do in Ireland?
TagsAustralia Canada destination RBBV Dublin choose Ireland U.S To study Europe England Ireland Live not Choose New Zealand