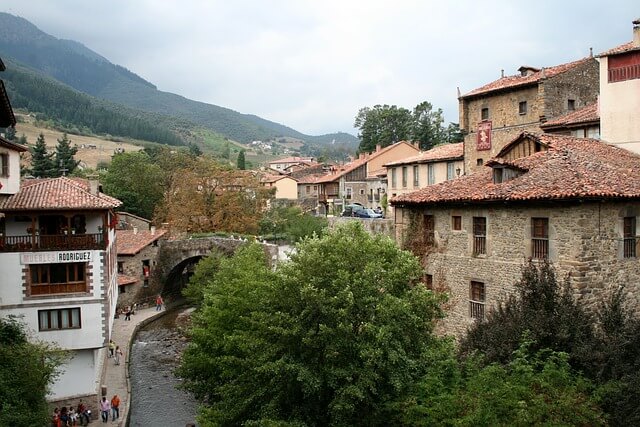 Potes Cantabria, It takes you to the Middle Ages

Potes It is one of those cities in Spain that makes you go back in time, in the Middle Ages, in the Roman era and its wonderful buildings, the city that is considered a pueblo (small town, village or town) It is in Cantabria, an autonomous community (if compare it is like a state in Brazil).

The city has no more than 1.500 population, and was among the 30 most beautiful pueblos in Spain 2018, a popular vote on a Spanish newspaper.

Potes is so small that it has only 7 kilometers long, It is located between valleys and mountains of the region of Liebana, Europe is within the Peak National Park, there is the highest mountain in Spain.

Attractions Potes and what are its tourist attractions?

The Gothic church of San Vicente de Potes, It is one of the attractions,but the city is so beautiful that just walk through its medieval streets already worth the ride, the city is declared artistic historical set.

Another highlight is the Roman stone arch bridge, so much so that the city is known as Village Bridge.

A good time to go in Potes is the time of traditional festivals there are: the Feast of Orujo a regional tourist party and the feast of the exaltation of the cross.

But surely, one of the most important aspects of Potes and the entire region is the gastronomy. The village has a number of restaurants of all styles and categories where you can taste a variety of dishes. O “cocido lebaniego” It is one of its culinary stars, the base of the typical region of chickpea (small and soft), dried meat, cabbage and stuffing. The Pri loves dishes chickpea base.

Combarro, a beautiful pueblo of Galicia, in Spain

How Fishing on a frozen lake in Lapland Finland?