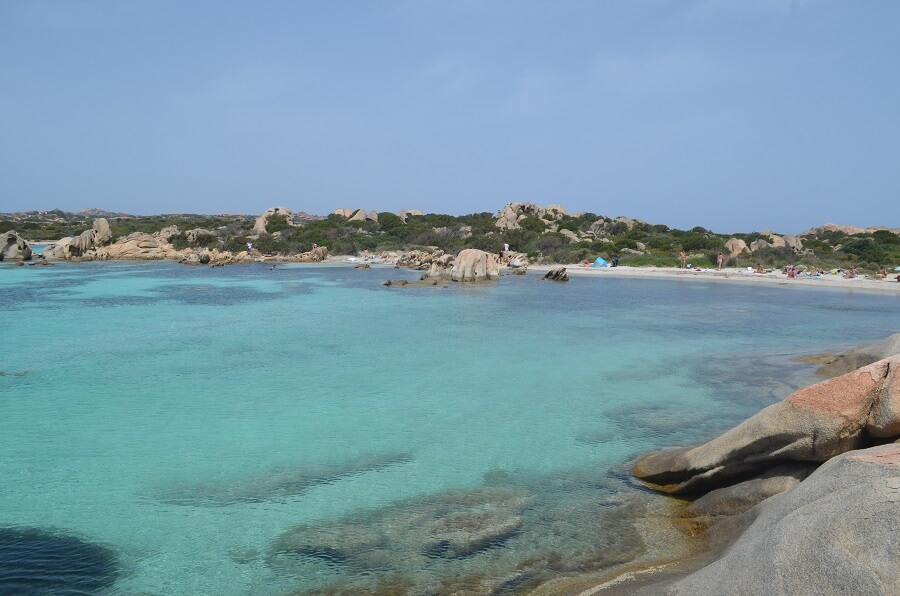 The island of Sardinia in Italy has amazing beaches and here we are going to talk about the Giardinelli Island beaches, which is north of Sardinia, in the archipelago by La Maddalena.

Giardinelli is a small island, which has no hotel infrastructure, bars and restaurants is a preserved island with beautiful beaches with crystal clear waters with shades of blue.

A Ilha de Giardinelli is linked to Isle of the Magdalene over a bridge and Maddalena with the island of Sardinia, the way is via ferry boat, we stayed in this region for 4 days and on one of these days we stayed all day on these beaches. 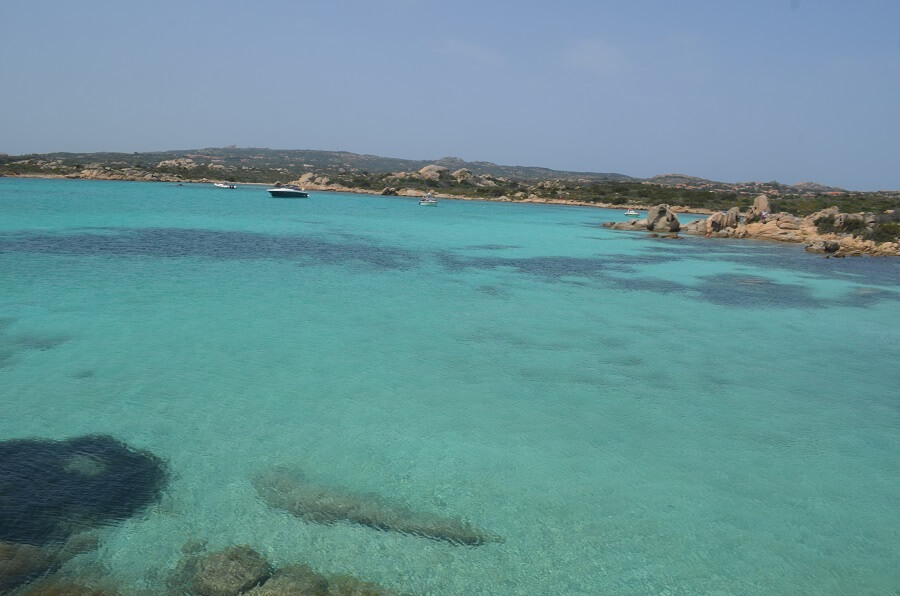 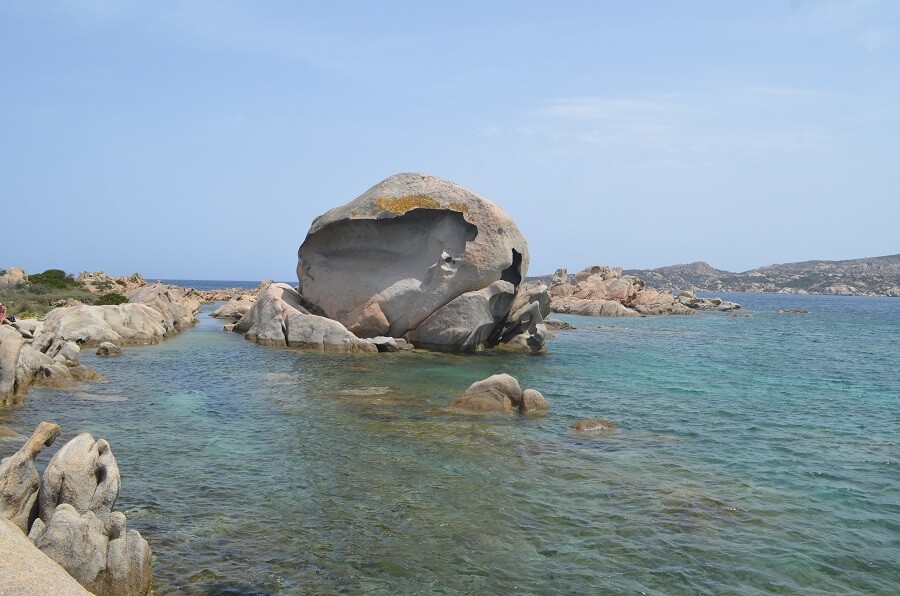 as I said, the Island of Giardinelli and of Caprera are places without infrastructure, the entire hotel structure is in La Maddalena where we stayed in an aparthotel called Blu Residence Baita, very good, with kitchen, balcony and all the basics we needed, the owner is very helpful, he also offers tours of the beaches and islands and insists a little, but as we were in a rental car that we rented at the airport of Olbia, one of the main airports in Sardinia, we didn't take any walks with him, we went to all the beaches with the rental car.

Tip very important, as the beaches do not have light infrastructure, water and food.

What are the beaches of Giardinelli Island?

To reach the island's beaches, as soon as we crossed the bridge we stopped in a parking lot and from there we walked to the beaches, there's even a dirt road that gets closer to the beaches, but the path is very bad, with many holes, had cars that went, but we prefer to walk, even because the path is short. 20 minutes and a track at the end to reach the most beautiful beach that is Beach Octopus.

As we said, it is the prettiest beach on the island of Giardinelli and one of the prettiest in the archipelago of La Maddalena and Sardinia, along with two other beaches we visited the other day in Caprera Island, a Coticcio and in Napoletana. 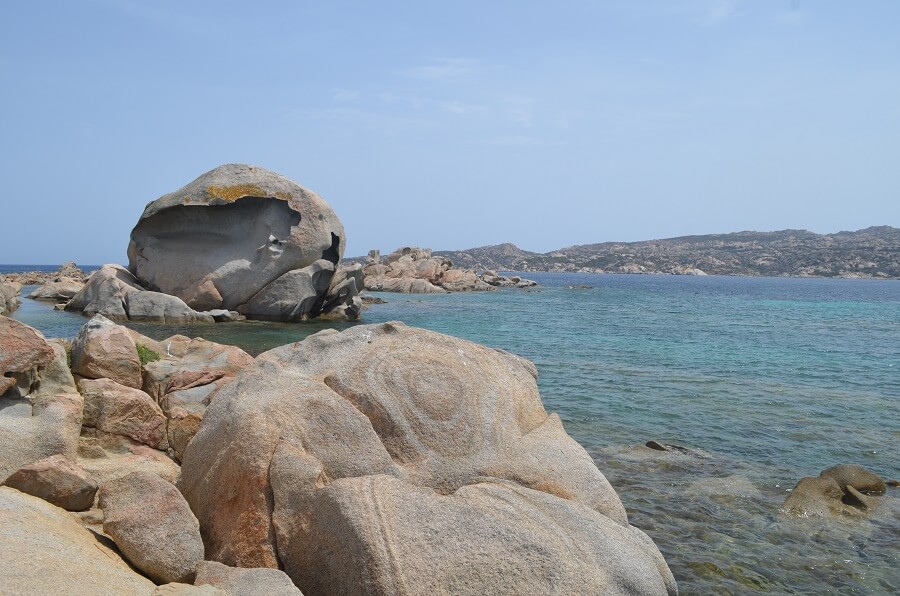 A Beach Octopus (or what they call octopus Cliff) is named for having a huge rock that looks like an octopus head with its tentacles, some people also call the beach head Octopus (Capocchia d`u purpu), we stayed on this beach for the longest time because it is very beautiful.

The best time to go to the beach is in the morning, to arrive and find a good place and also because in the morning the sun's rays make the sea water more crystalline than in the afternoon. 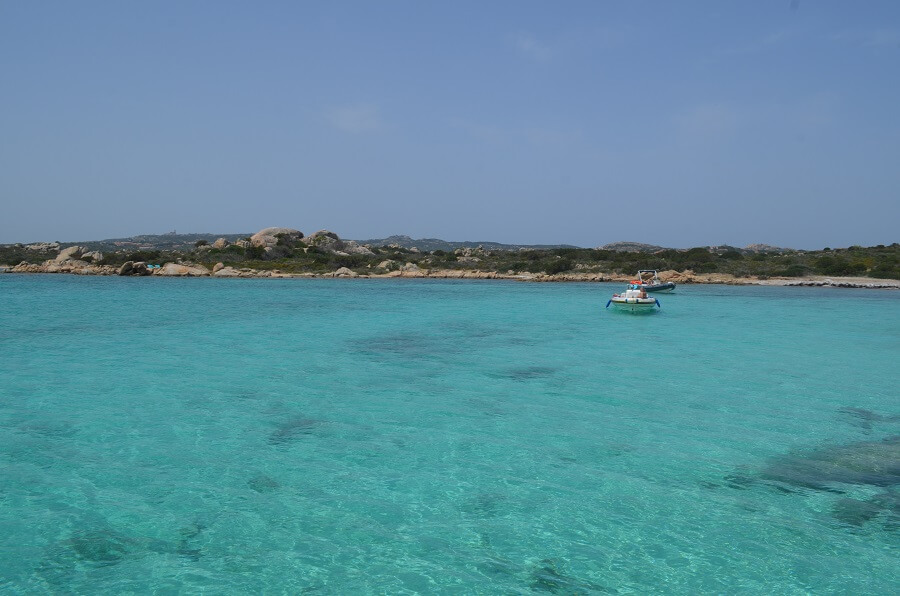 Beach Alberello it's a very beautiful cove-shaped beach too., we stayed there in the afternoon when we went for a walk on other beaches. 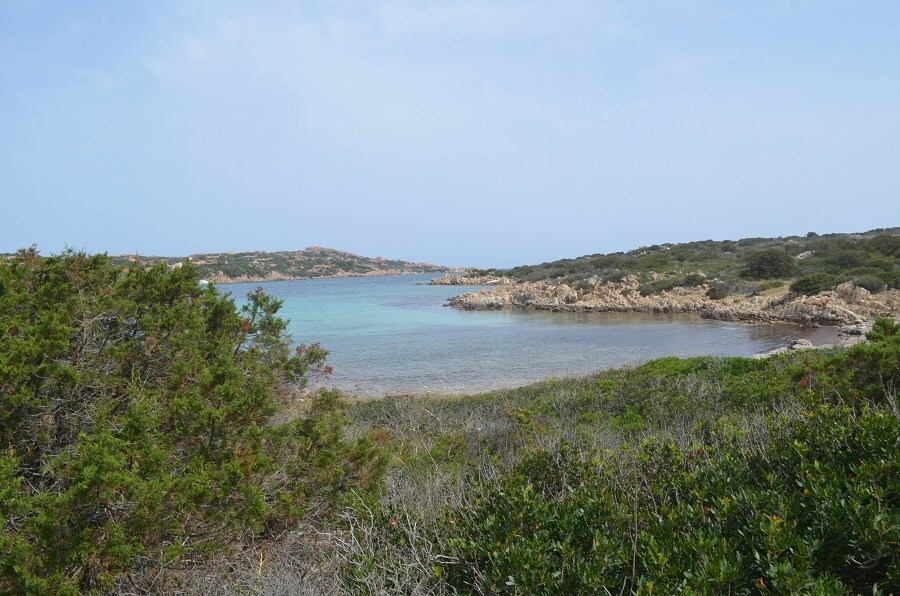 As well as the beach Alberello Passetto It is also a cove, beach side of the Octopus. 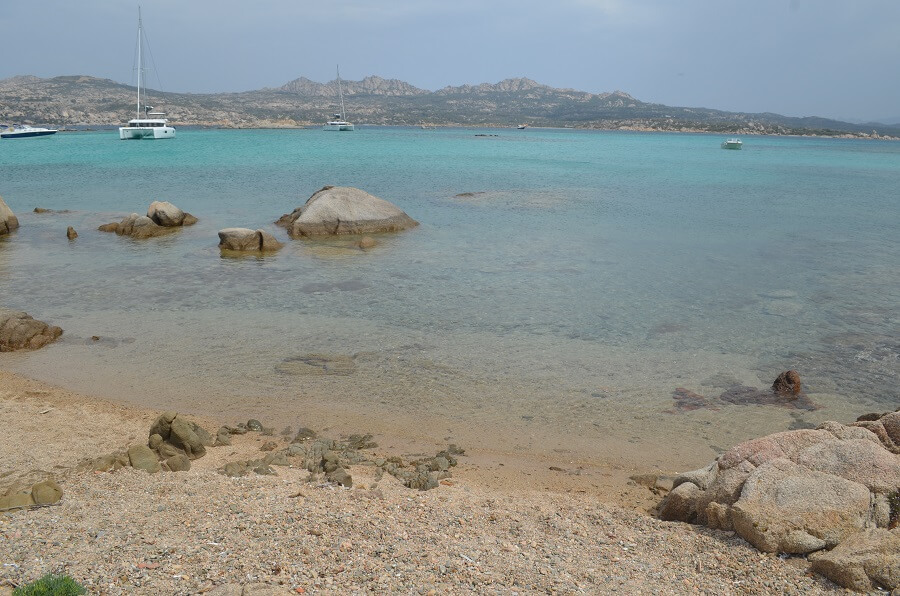 Gemele beach It is behind the beach at Cabeça do Polvo, It is not very pretty, but it's much emptier. 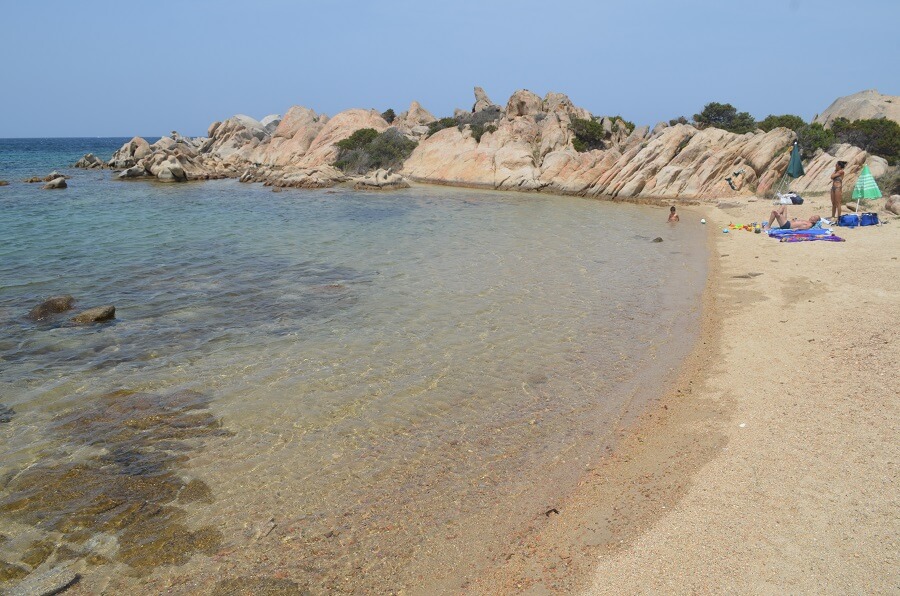 It is the first beach on the island, a Porticciolo as well as Gemele is not very pretty, so don't waste time on it, stay in 3 first beaches we speak. 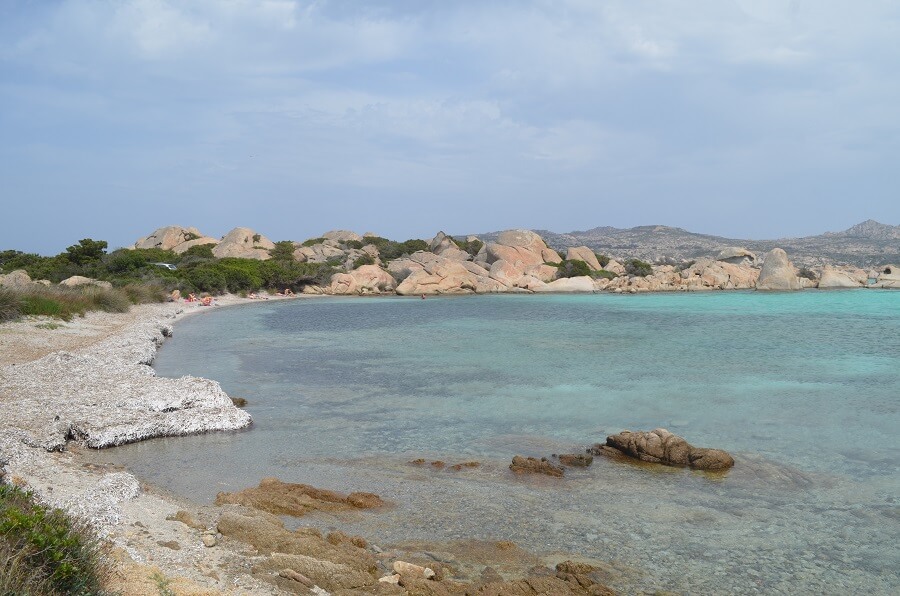 We very much like to have known all the praias de Giardinelli and of La Maddalena, be sure to visit this paradise.

He feels like traveling after so many tips? The Blog TurMundial gives you even more tips to ease your travels: Want to book a hotel? Book hotels with great prices by Booking. Want to book an apartment, home, boat or even a tree house and still win 100 real in his first stay? Book all these and many other choices of places with great prices by Airbnb. Want to buy advance tickets for various attractions and tours without those huge queues? Buy Ticketbar Want to rent a car? Undoubtedly indicate the Rentcars.com it seeks the best cars and market values. You need to send or receive money to / from abroad, without paying those absurd charges of bank or exchange houses it Wise You want to avoid problems in the middle of his long-awaited trip? Hire a travel insurance with any of these companies Real Travel Insurance, or insurance Promo You want to avoid those sky-high mobile bills at the end of his international trip? And yet able to do, receive calls and use the internet? Buy an international phone chip with any of these companies: OMeuChip or with the or with the OBS: We emphasize that the responsibility for providing the services / sale and delivery of products, suppliers are described above.
CategoryEurope What to do in Italy?
TagsLa Maddalena archipelago Ilha de Giardinelli Italy La Maddalena beach head Octopus Beach Alberello Beach Passetto Beach Porticciolo Beach Octopus Gemele beach beaches of Giardinelli Island Sardinia

How to get to Coticcio beach in Sardinia, Italy