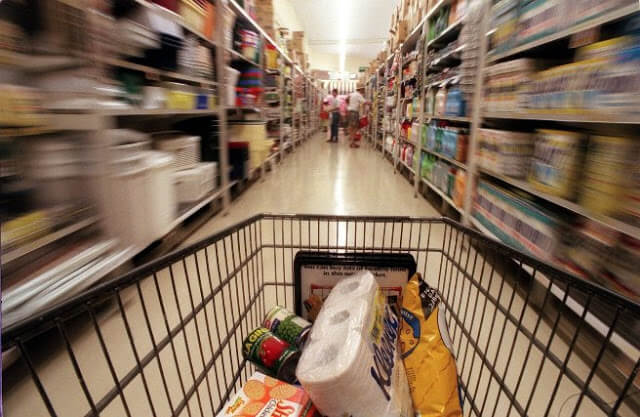 What is the cost of living in Barcelona?

If you are looking for this theme, You are probably thinking of living here in Barcelona or Spain and want to know cost of living in Spain.

Barcelona, is not an expensive city compared the great cities of Europe, the cities in countries further north are generally much more expensive, for example London, Edinburgh, Dublin, Oslo, Stockholm, Copenhagen and others, but also in these cities wages are higher, then it may be that the cost of living go out the same.

If we compare Barcelona with other Spanish cities, then it becomes expensive, especially when we consider the state of Andalusia, there is much cheaper than here, but have far less job opportunity.

Cost of living in Spain

Speaking now of the costs to live in Barcelona.Sei this is very relative from person to person, but I will talk about what my wife and I spend.

rent, It depends a lot on where you will live, and also divide the house with a few more people, which is very normal here (have shared apartment) and unlike some countries here you will have a four just for you (na Ireland in Dublin, where we have also lived, it is common to share a room with more 1, 2 up until 3 people, or even split the double bed with a person you do not know, yes it does).Good but we will return to Barcelona, rent for two people living in a whole apartment just for us, which is our case, it's from 500 a 800 euros, its we pay 650, in a modern apartment, with 1 dormitory, kitchen, bathroom, living room and dining, it is small but very comfortable and well located, in another post I will speak as it does to rent an entire apartment here.

For those who will share the rent of apartment, which is an excellent option for those coming to study or for other reasons varies 300 a 550 euros.

Neighborhoods that are cheaper as Gothic and Raval are not so good to live, also has cheaper neighboring towns, Santa Coloma as egg Hospitalet de Llobregat, the same way are inexpensive but are not very good, to be away from city, but that's not synonymous with burglaries etc., it is by the same distance, but there are many people who prefer the ground to be away from Barcelona, will preferably same and this is very personal.

Good neighborhoods are in the districts of Gràcia and Eixample.

Returning the bills, Light out about 35 euros per month, for 2 people, but here they are a little crazy and have months, or almost every month, they do not read your light clock, and make an estimate of expenditure, stay tuned to this, because our, we had to complain because the estimate is coming much higher than they actually spend.

Gas, It is quite cheap here, more or less 8 euros by around mês.Água 47 euros each 2 months.

Internet, more phone home two more cell lines approximately 60 euros(each phone has internet data 2GBs, more 100 minute call to any mobile phone and Spain, what was said until we know that some phones have "special" (starting with 902 these are paid) then a cell out account, more or less 20 euros. There are prepaid ranging from 5 euros to how much you want, there will depend on your internet usage, of this 5 Euro gives internet 500mb (here they are pretty straight forward with the amount of data, She passed the phone stops working and you have to put more credits)

Public transport, the ticket of public transportation here is valid for all transport, bus, train, subway, railway, tram, O single ticket is expensive 2,15 euros, but if you buy it with 10, 50 O 70 travel is cheaper, it 10 are trips 9,95,the Euro 50 travel that is worth 30 days costs 42,50 euros it 70 travel that is worth 30 days costs 59,50 euros also has a monthly ticket which is unlimited and costs 52,75 a month. It depends on the month we bought the 50 travel or monthly.

Supermarket, this item is a bit difficult to put a value because it depends very, the type of food you eat the amount of time you will eat at home, but for two people which is our case, and eat quite often at home is on average 300 euros per month. Then I will make a post with the prices in the market values.

amount to live well only have one idea per month a person can live well with each 1200 euros per month with some outlets for bars, restaurants, and short viagenzinhas . Can you live with less or more, course this will depend on your lifestyle.

To help in your calculations, a daily menu (it would be like a dish Made in Brazil, but here you have input, main course and dessert included, sometimes even drink) out on average 9 a 12 euros, , depending on the location of the city gives to eat by 7 euros.Um beer, It will vary greatly from location and size of the beer, you will find the cheapest by 1,50 a pint (500ml) up until 8 euros.

A snack at McDonalds or Burger King is more or less 6 a 7 euros on the menu, but has some promotions 4 euros.

A drink a ballad (night for some places in Brazil) usually gets around 10 euros.

If you want to get your questions about the cost of living in Spain leave your message below and we will answer you.