Barcelona is one of the most beautiful cities in Europe, and have many things to visit, the best in our opinion would stand 3 a 4 days to know the city better, but two days doing the right things fast, It can be a good option, but with only two days might be better to buy a Barcelona City Pass which includes admission to Holy Family, Guel park, Airport Shuttle, tourist bus Hop on Hop off and + 20% off in other city attractions, eg house Milan, Casa Batllo, Camp Nou and more, besides avoiding the giant queues to buy tickets to the Sagrada Familia.

We divide this script for a location order, which leave the main attractions, closer to each other, to help to be easier and faster to ride the beautiful Barcelona, start by:

Parque Ciutadella and Arc de Triomphe for us the most beautiful park, its green areas, a lake with boats for sightseeing, a wonderful source of the most beautiful in Europe and even a sculpture of a mammoth. Within the park is the Barcelona Zoo. 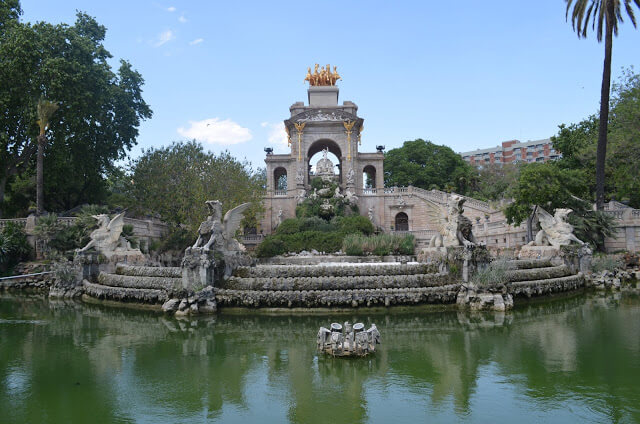 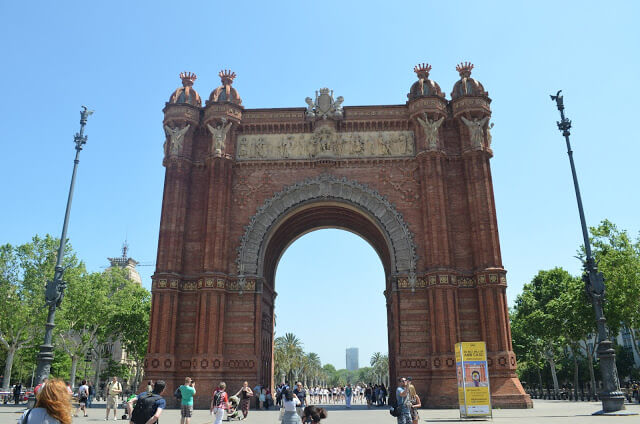 El Born, an old market town that in its reform and expansion to build a parking, found Roman ruins of ancient time, that the city then made this discovery, a museum. The space was opened recently and while not pay anything to enter, only if you want to tour, are 6,60 EUR per person. 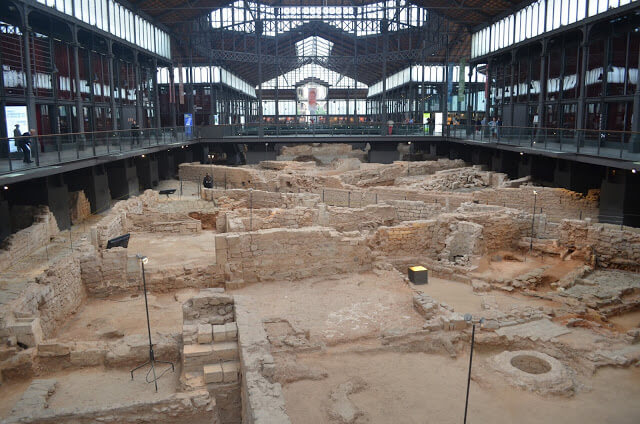 Basilica Santa Maria de Mar for us one of the most beautiful churches in the world to be all stone with huge columns and still has a beautiful view from the tower. Admission is free for those who go in the morning, because of late entry is paid and to climb the tower also pays. 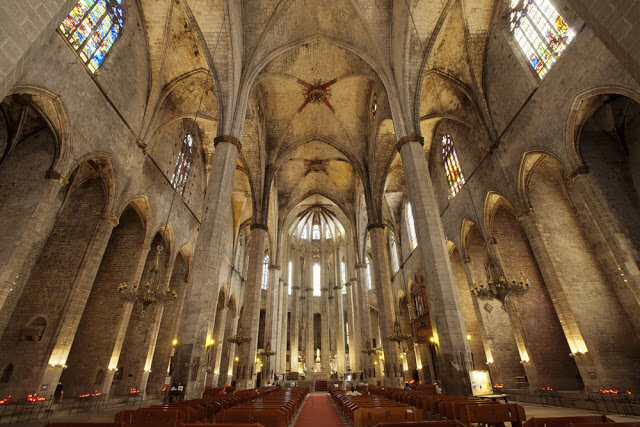 Barcelona's cathedral It is one of the most beautiful cathedrals of Europe and its surroundings (Roman Torres, King Square, Chapel of St. Agatha, Walls of the Plaza de Ramon Berenguer el Gran) which are Roman walls, the ancient aqueducts and narrow streets that lead you to the medieval time. Admission is free for those who go in the morning, because of late entry is paid. 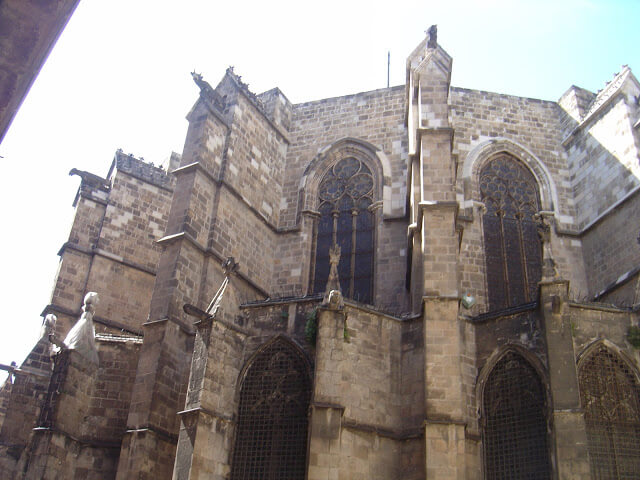 La Boqueria market, is the central market of Barcelona excellent to walk around and buy some drinks and food, there beyond the market traders selling fish, meats, fruits, spices and other things has excellent restaurants, We recommend Central Bar which is right as you enter the market, and order a Seafood parrilada coming prawns, squid, seafood, clams, lobster and other sea things, costs 27 euros and gives two people. Enjoy lunch to eat something in the market. 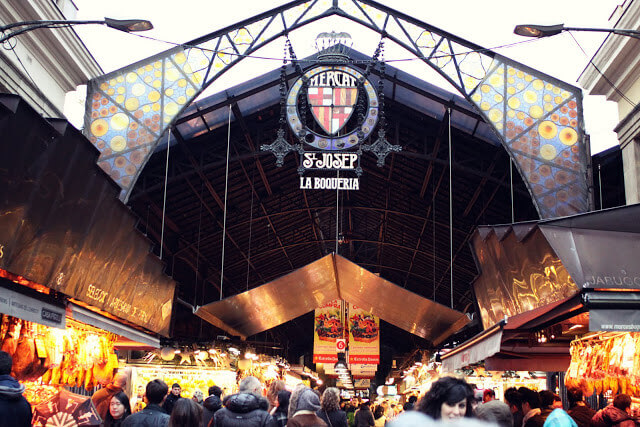 Ramblas It is one of the most famous streets in Barcelona and one of the city's symbols, It begins in the square of Catalonia and goes to the Mirador of Christopher Columbus. 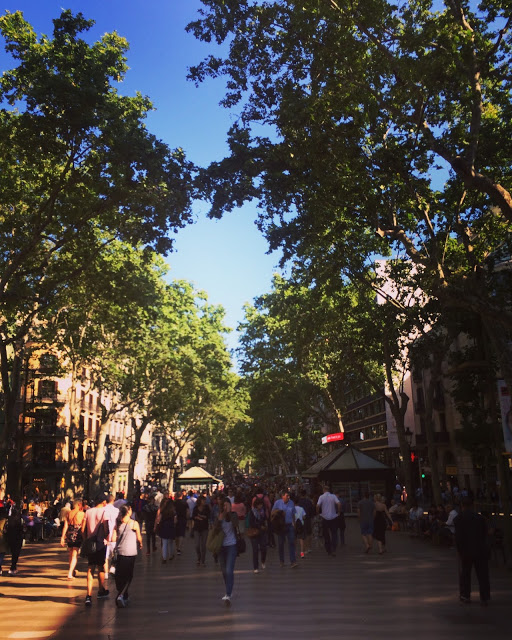 Royal Square, one of the largest town squares, with a fountain in the middle and the surrounding buildings, It is a very beautiful place. 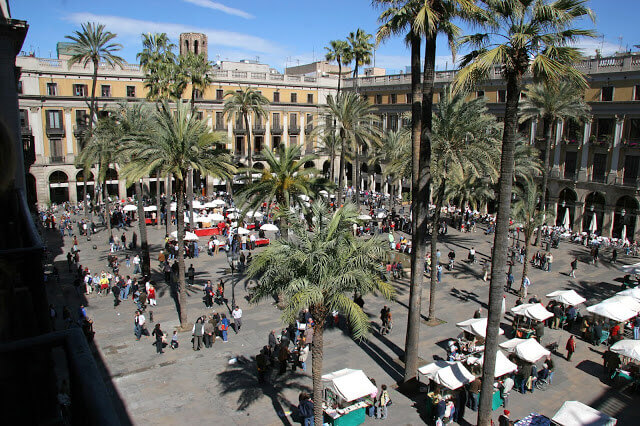 Or Mirador de Colon and the Paseo Marítimo, (optional) the Mirador of Christopher Columbus is a statue in honor of the discoverer of the Americas, It is a viewpoint at the top of the statue, side is the the promenade and the Port Vell. 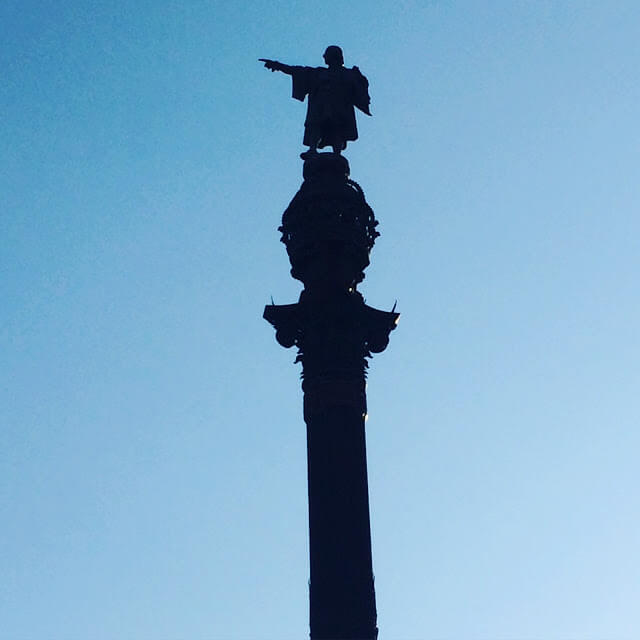 In the second day the square Catalonia, It is going towards the Passeig de Gracia street but chic Barcelona, where is the designer shops and the large store El Cortes English. De la go to

Casa Batlló, one of the four most important works of Antoni Gaudí, It is a building with a beautiful facade, It was formerly a house, then he turned several houses and is now a museum, but still you have a person who lives in the building and do not want to get out of there, already offered a lot of money for you, but she will not change there. To visit the museum is paid, the ticket can be purchased here to avoid queues. 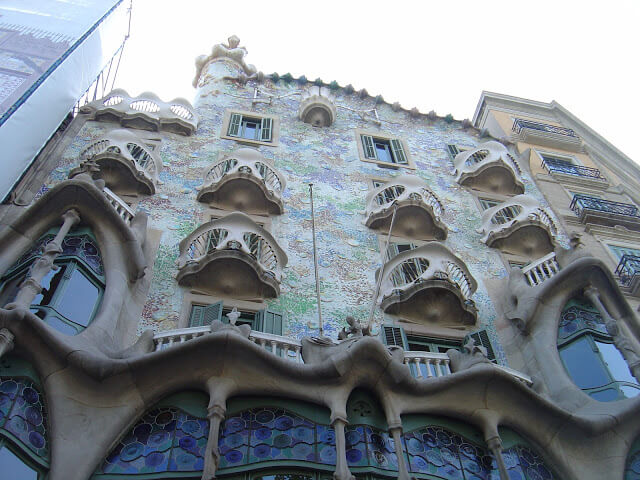 Casa La Pedrera egg Millá, outra work of Antoni Gaudí, but this is different from the Casa Batlló, It was built entirely by him, today is a museum that tells how the architect was inspired to create his works, the building has a very beautiful terrace, with incredible views of the Passeig de Gràcia (stroll, is a street or avenue that has pedestrian walks in the street). To visit the museum is paid, the ticket can be compradopor here to avoid queues. 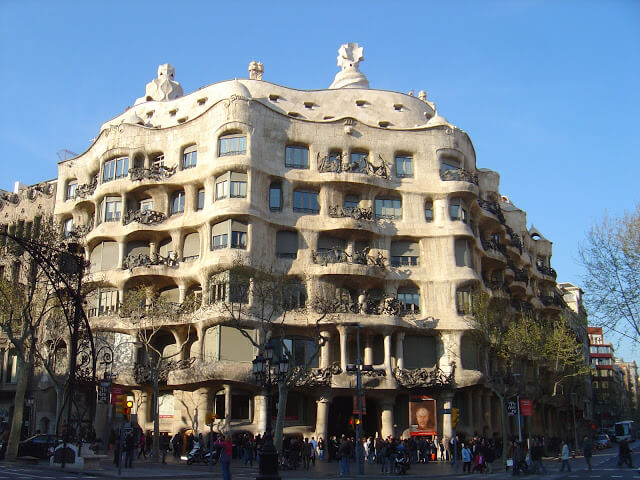 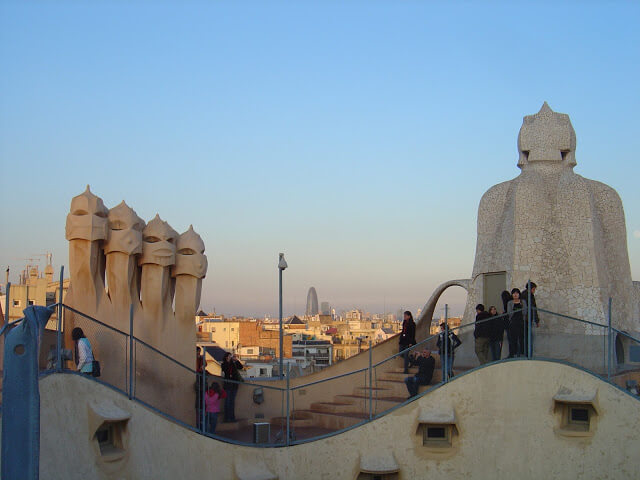 Holy Family, the most famous work of Antoni Gaudí, a church that is still under construction, started in 1900 and will end in 2026 the centenary of his death. The church has four facades that each means a stage of the life of Jesus Christ. 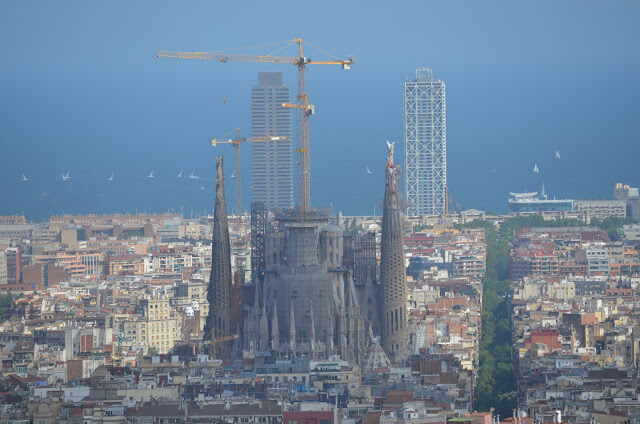 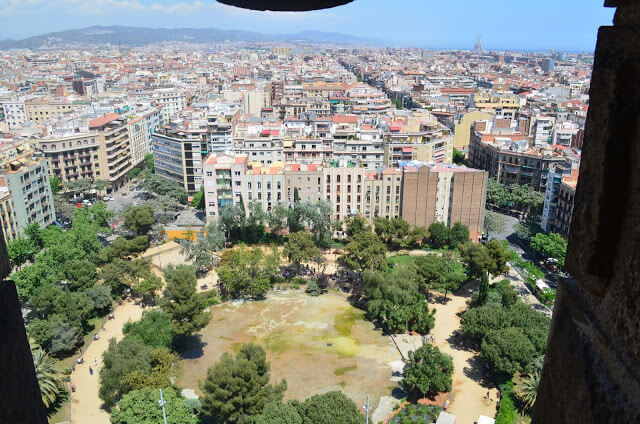 The church looks like a sand castelinho, inside precious is, It has beautiful stained glass that make a color gradient, with sunlight, be sure to go up in one of the towers. Paravisitar the church is paid, the ticket can be purchased here, for evitarfilas. 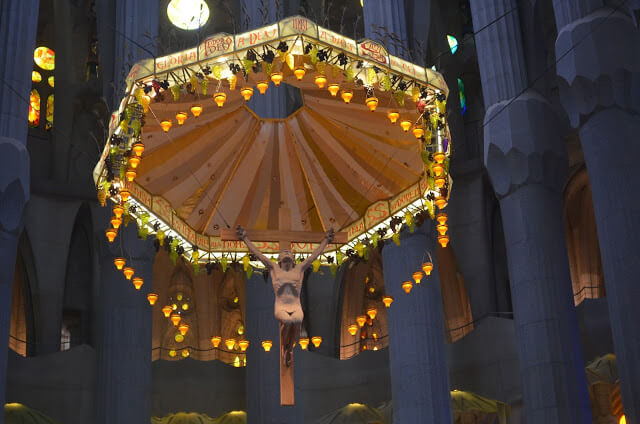 park Guell, Another important work of Antoni Gaudí, a park that has several sculptures and works of the artist, with its famous dragon Barcelona, the hanging garden, the three crosses on top of the park with a beautiful view of the city, and their "bridges" is a place that has to be in your script, most of the park can be visited for free, But a few years ago of the hanging garden and the dragon began to be paid to enter, which left very angry Barcelona population with the city administration. Paraver this closed part has to buy tickets, click here to buy eevitar queues. 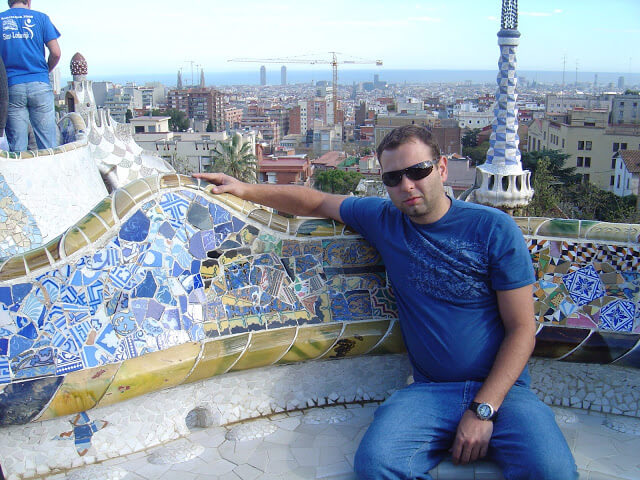 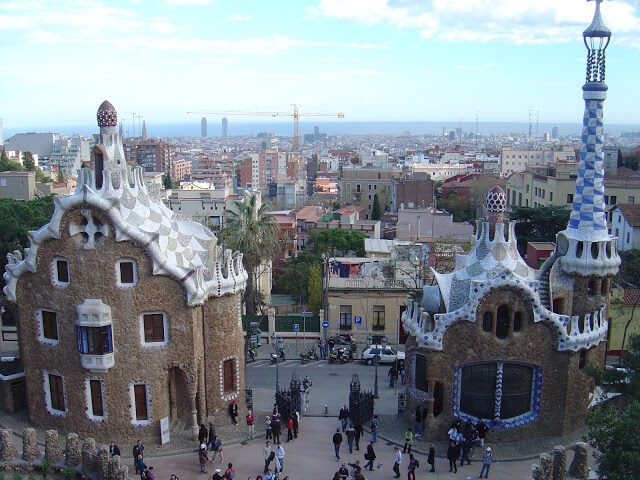 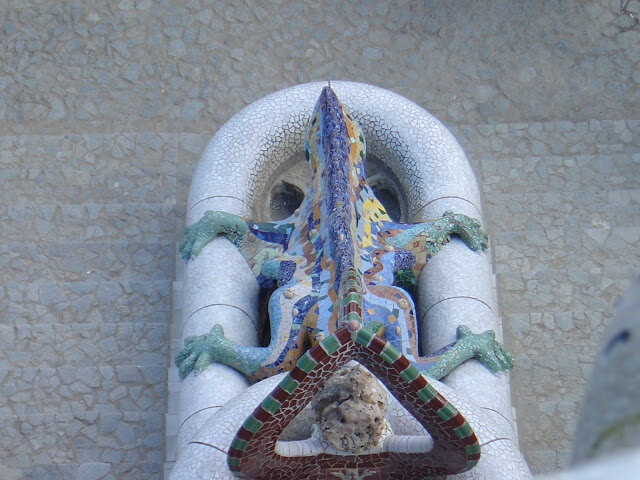 Camp Nou, come to Barcelona and learn from Barcelona FC football field, You fail to see a game of Barça at least take a tour of their stadium and museum. 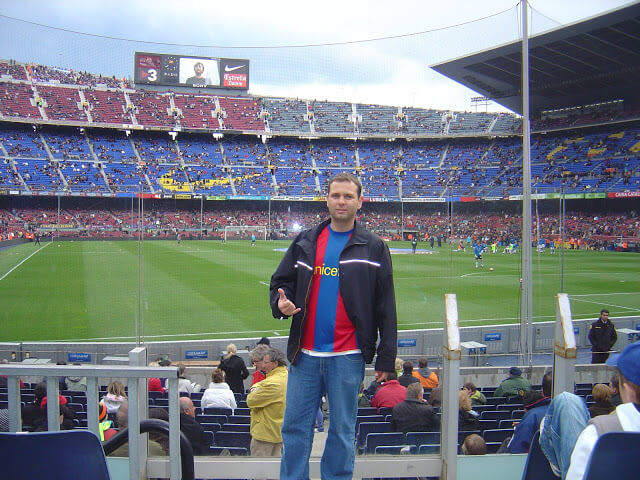 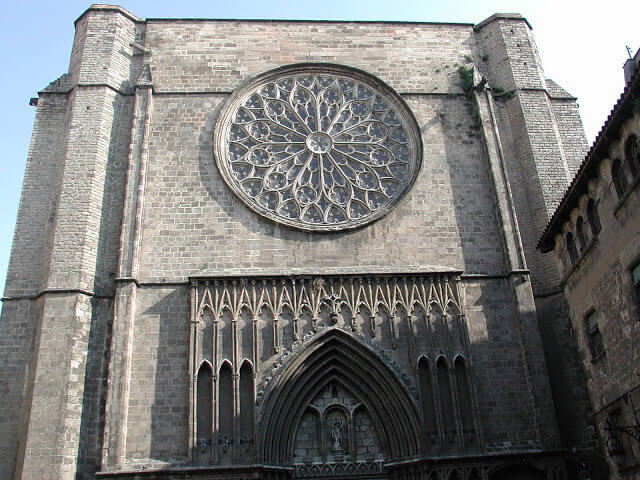 El Born (the Gothic Quarter), get lost in the streets of this neighborhood where every place is a surprise for the eyes, with many Roman remains (see the post on the Roman script Barcelona). 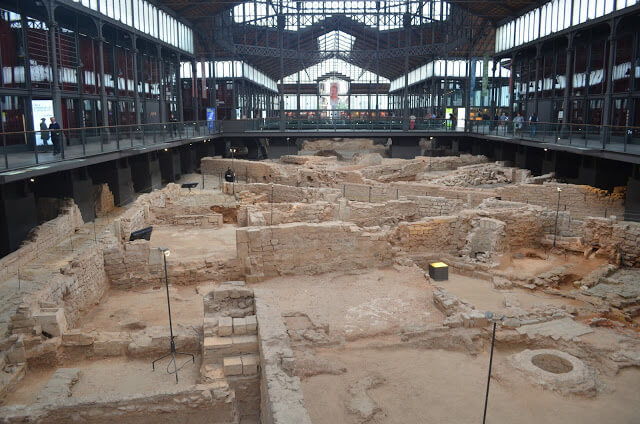 the Picasso Museum, the biggest and best Picasso museum Genius, in Spain there are several museums on the Spanish artist, only the best of them is in Barcelona, get ready to catch a row, because there usually has rows. 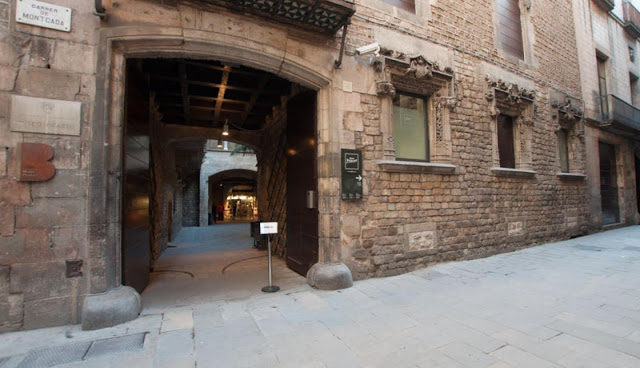 Bairro Raval and Sant Pau del Camp, the Raval as well as the Gothic are the districts of the old city of Barcelona, very worthwhile walk them.

Gardens Rubio i Lluch and Antigo Hospital in the Raval also has a very beautiful place that garden inside an old hospital building is very beautiful and refers to the ancient times of Barcelona. 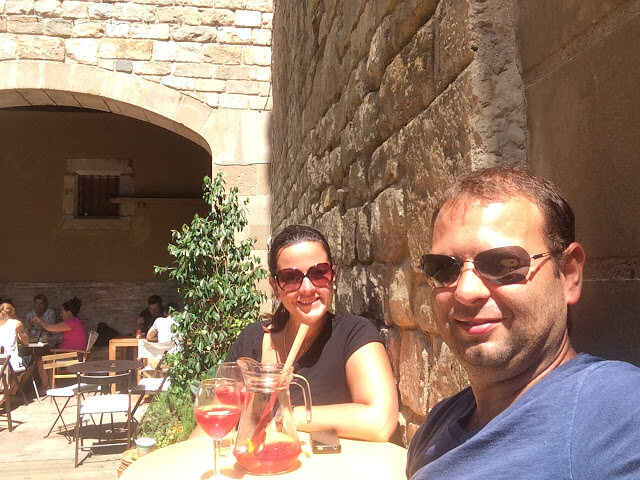 At night we suggest going to some good bars and restaurants of Ramblas, but stretch in the evening, go to one of the nightclubs: Opium Mar, Pacha, Shoko, Apolo, Razzmatazz or Sutton, depending on the day and time of year is best to go for one or the other, eg Thursday is good to Sutton and weekend and Wednesday Opium Mar, just be careful how you will dress, because these houses are half fresh, only let in people dressed, eg for men is mandatory shirt and shoe. 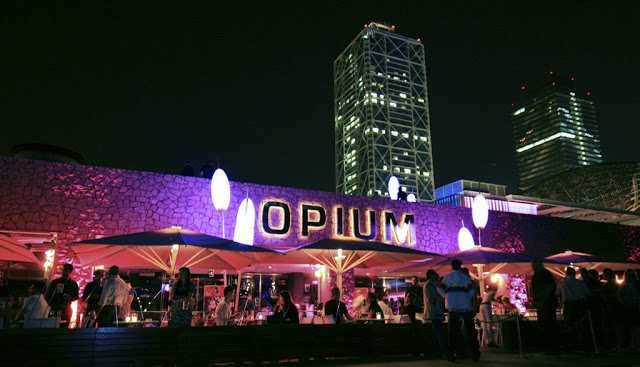 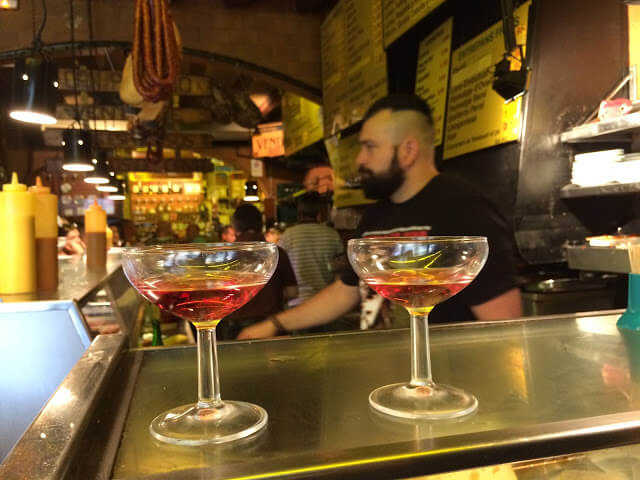 There are some hotels with gorgeous terraces to take something or maybe dinner, They are not cheap places, but worth it. (see the post on the Barcelona terraces)

Also read the scripts of one, three e four days, and knew what to do in Barcelona, seeing this other script you can put on or take some attraction of Barcelona.

Where to buy tickets for Barcelona game?